Nowadays, more and more people suffer from back pain due to their lifestyle, because many people work in the office or in other fields that do not allow them to have a correct posture during all working hours. We all know how unpleasant these pains can be, especially because they can make our daily activities difficult.

A woman suffered from terrible back pain for 14 years after giving birth. Unfortunately, it took so many years to find out what was actually the cause of the back pain.

It seems that the doctors found a piece of an epidural needle lodged in her spine.

Amy Bright gave birth in 2003 through a c-section at a hospital in Jacksonville, Florida. At that time she gave birth to her sixth child, Jacob.

The back pain started two months after she gave birth and since then it was more and more difficult to bear and affected her life. Because the pain was so hard and it didn’t seem normal, she decided it was time to go to the hospital to do some deep investigations. She was determined to find out the cause of these back pain and what to do to relieve it. Amy did a CT scan and found a 3 cm-long piece of needle buried in her spine, so the cause of the back pain was identified. 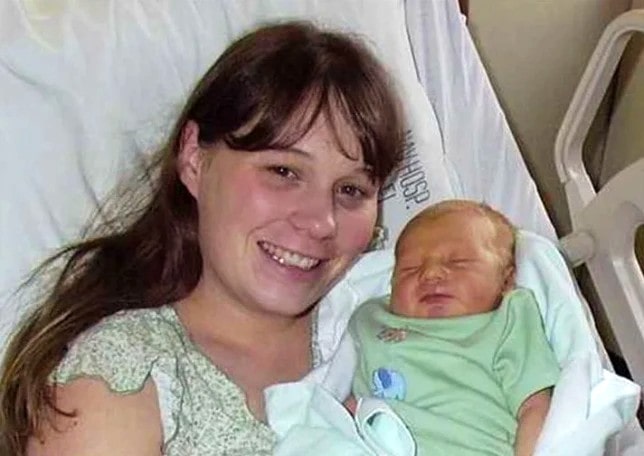 Amy was overcome with all kinds of feelings when she found out this information. She was shocked, upset, angry and especially scared. The doctors assume that the needle broke when she received an epidural for the birth of Jacob. As a result of the severe nerve damage over the years, Amy’s left leg is only partially functional. Surely this news would be shocking for everyone because a moment of distraction caused a person’s life to be affected. 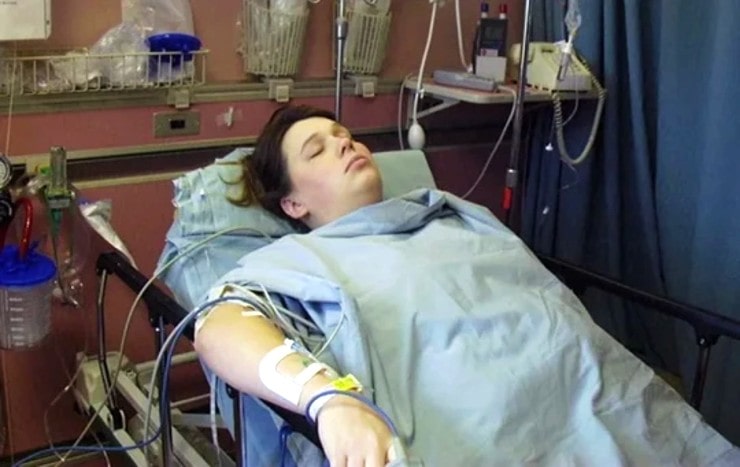 Amy said that the needle moves inside her spine every time she moves, walks, bends, twists, or sleeps. These movements of the needle caused a lot of damage and a scar in the tissue, that’s why the pain was more and more intense and unbearable.

Amy went to several doctors in these 14 years, but none of them did deep investigations for her back pain and they offered her painkillers, muscle relaxants, and other drugs to help her not feel so much pain anymore. But it is clear that these pills could not help her for too long because the needle continues to move and cause pain.

The woman said that sometimes the pain came like a shock and went all over her leg. In those moments it was very difficult for her to continue the activities she had to do. The pain was so hard because every time she moved the needle also moved and affected the tissues even more.

A damaged, three-centimeter epidural needle is visible in her spine thanks to a recent CT scan. 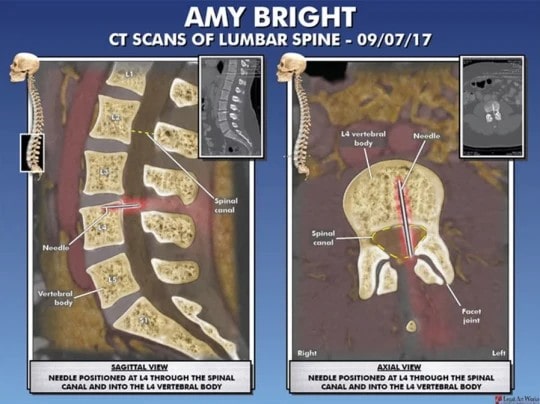 Amy hired a lawyer to help her start a lawsuit against the federal government. She claimed that the needle caused her terrible pain and irreversible nerve damage.

The woman is currently suing Florida’s Naval Hospital, the hospital where she gave birth to her son, and claims that the staff members knew that the needle had broken inside but did not do anything about it and did not notify her that something was wrong and that they should investigate further far away. Because of this negligence on the part of the hospital staff, she could not prevent what happened in these 14 years.

The doctor says that now Amy can become permanently paralyzed, even if the needle will now be removed from her spine.

For the rest of her life, Amy will have to take painkillers and do physical therapy to relieve the pain.

She says that at this moment the pain is permanent and she is quite worried about her future and does not know if she will be able to handle it.

She believes that there is a high chance that she will have to use a wheelchair, and this causes her anxiety because she does not want to be dependent on anyone else to be able to move or do basic activities.

Amy’s fear of the future is understandable, especially since all this could have been avoided. We should be more careful with what is happening around us, and if we feel discomfort after a medical intervention or after a surgery, we should investigate until we are clear what is the cause of the discomfort.