A 9-year-old girl is inspired by God to investigate beyond some bushes, and what she finds there saves a life.

A newborn boy, still tied to the placenta and umbilical cord, was left on someone’s yard. The little one was exposed to the sun and would have perished if a 9-year-old girl who was acting as an angel didn’t accidentally come across.

Elysa, a 9-year-old Indiana girl, noticed strange noises while playing outside. She went to look into it since she thought one of the pigs had escaped. She walked slowly, watching the little pink legs.

When Elysa heard the “strange” creature, she screamed and ran inside to notify her mother. She said: “I didn’t know what it was, but it really terrified me out.” 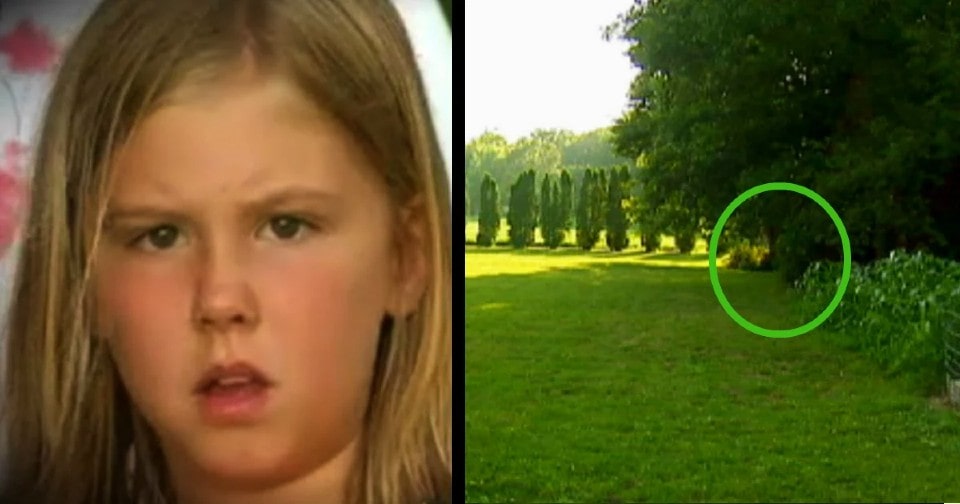 The mother, Heidi Laub, went to investigate and found a newborn next to one of the bushes.

I exclaimed, “What?” as she announced, “Oh my God, it’s a baby.” Elysia recalled a specific detail.

I just saw pink legs kicking away, Elysia remarked. We were on to something, and I could see it was alive. I had no reason to question myself. I saw that we need help.

Fortunately, the youngster was taken to St. Anthony’s Hospital, where doctors found that he was well. They said the infant was only a day old.

According to the Lake County Sheriff’s Office, Elysa is the infant’s guardian angel.

If I hadn’t been there and God hadn’t told my brain to make me go there, we would have discovered a dead baby in the yard this afternoon, the stunning girl said. “It would be much different and much worse.”

Because of Elysa, the infant received a second shot at life.

For more on this moving story, see the video below.

The teacher marks a 7-year-old boy’s arithmetic test as “extremely pathetic” and “sad.”
After years of battling illnesses that might have killed her, Tina Turner now desires a life away from the limelight.