Mom Gina Arnold was puzzled when her young daughter Aubrey became upset after forgetting to tell her mom to drop her off along the street, down from her school.

Gina felt she had to questioned her daughter about why she was so disappointed.

Aubrey then admitted that she wanted to “talk to the cute, little old man,” before going to class.

This would likely cause any mother a bit of alarm initially, but Gina knew there was no reason to worry when she met the elderly man the kids had dubbed “Mr. Knuckles.” 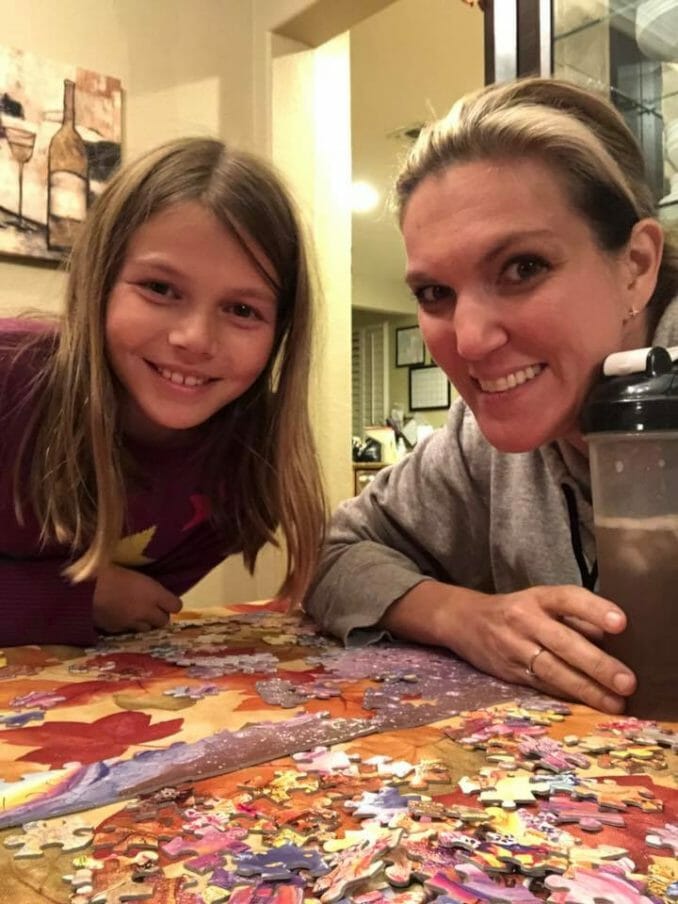 When asked who this mystery stranger was, Audrey told her mother:

“He stands at the steps where you drop me off and encourages all the students as they walk in”.

For the last 10 years, Wally Richardson has been standing outside of Marina Village Middle School in El Dorado Hills, California.

The reason? He wants to greet all of the students with life advice and fist bumps before they start their school day.

Every morning, 94-year-old Wally Richardson greets parents with a wave, and kids with what he calls “Wally-isms.” 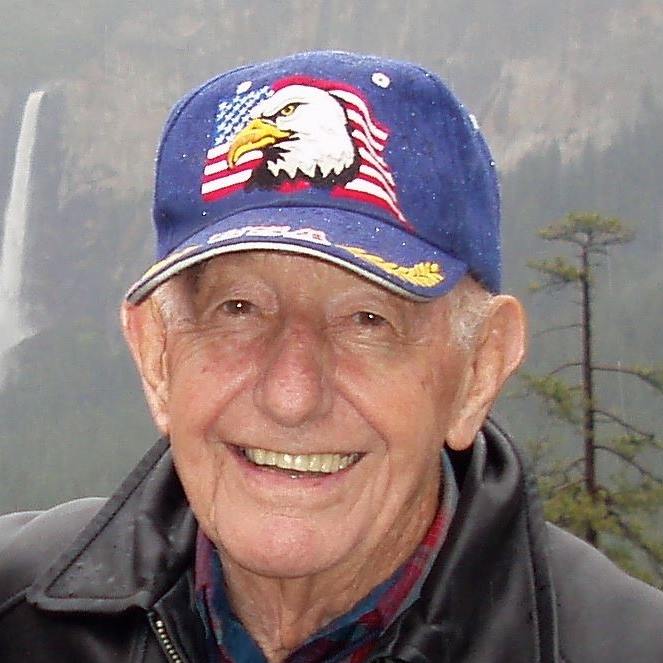 Wally Richardson is a 94-year-old veteran who joined the U.S. Navy during World War II. Wally was also a fighter pilot in the Korean War and then flew for United Airlines – but he hasn’t quit serving his country yet.

He’s new gig started 15 years ago when he was on his daily walk. He likes to teach life lessons to kids, before they become “too cool” to listen.

Instead of fighting in a war, he’s now fighting to better the nation to the sidewalk outside of his local middle school. His own life experiences make him an expert on what kids won’t find in a textbook

Aubrey and the other kids calls him “Mr. Knuckles”

But Wallys is not offering them a classic “knuckle sandwiches.” Instead, Mr. Knuckles is giving the kids words of wisdom with a complimentary “fist bump”.

Richardson tells the kids to be kind whenever possible, they respond by saying, “It’s always possible.” 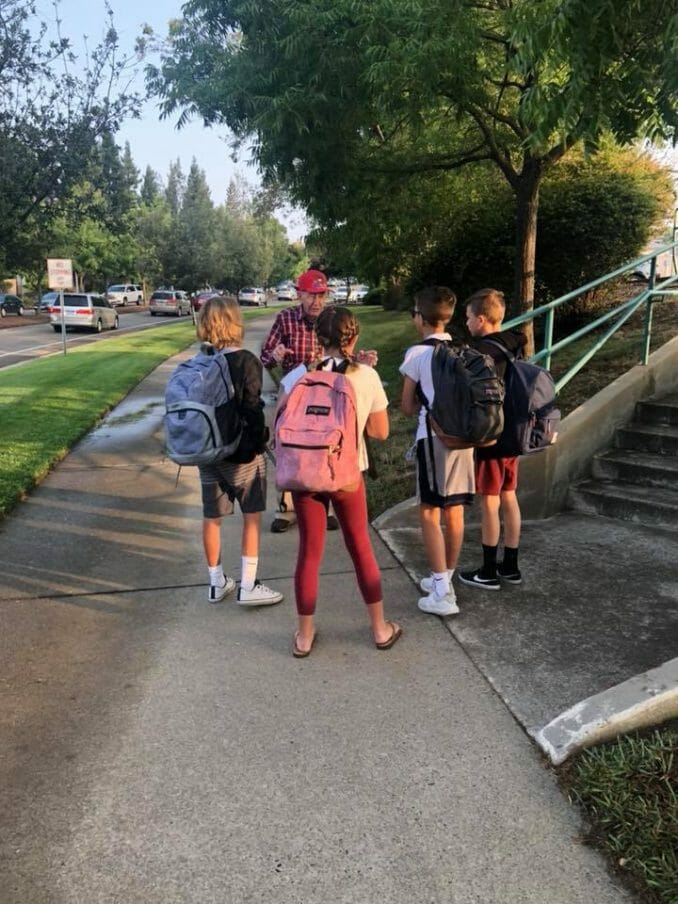 He hopes he will pass on important life lessons of “love and kindness.”

When Gina drove to the aforementioned steps, she saw Wally standing amongst a crowd of delighted students.

She snapped a photo of the scene and then posted it to Facebook, with words of praise for the veteran.

“This is exactly the kind of love and support our middle schoolers need,” wrote Gina.

“This man stands out side the school every day and gives the gift of encouragement to every student that comes near him.”

According to school officials, they are very grateful grateful for what Wally does. He even has his own wall. 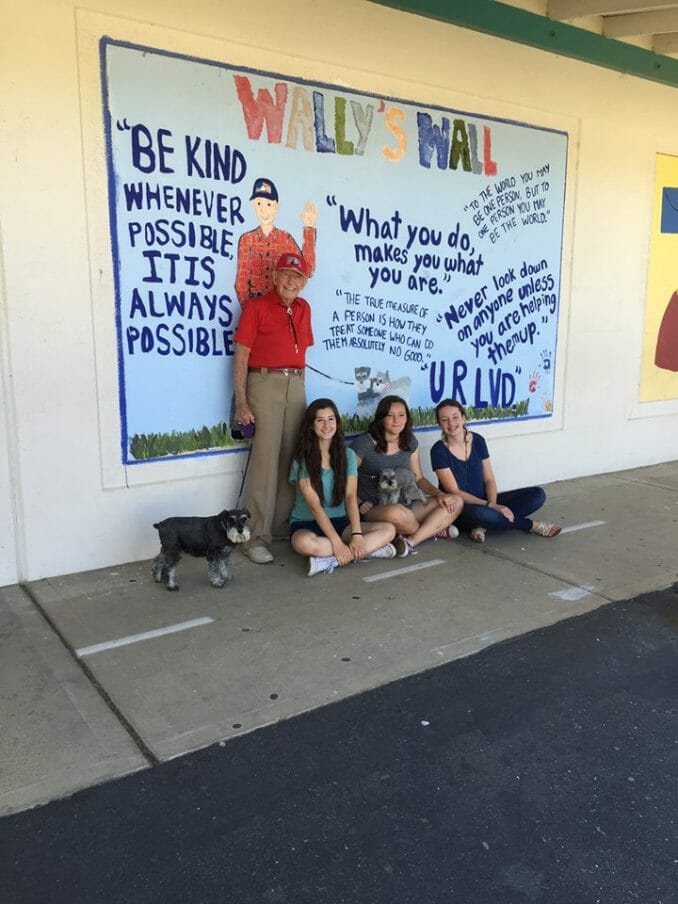 “It takes one significant adult in a kid’s life and you can impact them forever, and Wally is that person with kids,” Cheryl Olson, the school superintendent, said.

When this veteran interacts with the kids, everybody forget that an 80-year age difference even exists. 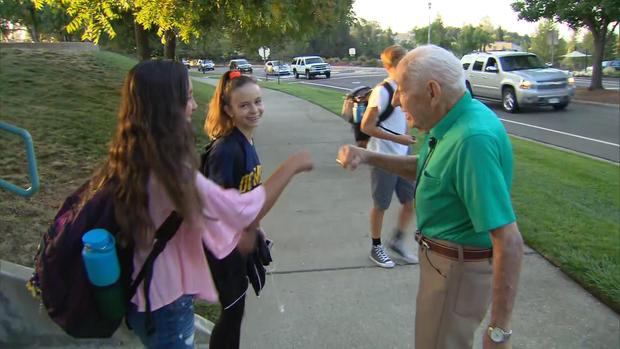 “Knowing what’s right doesn’t mean much unless you do what’s right” is just one of the many thoughtful quotes from Wally Richardson.

Wally’s wife used to accompany him, but she no longer walks so well. Despite that, Mr. Knuckles knew he couldn’t give up the tradition.

According to CBS News, Wally explaining why he continues to do what he does. And, there’s little doubt he’s succeeding in giving them that.

“If they can be kind and loving to people in life, they won’t have any trouble getting by,” Richardson said.

Goodness has no age limit. A good word goes a long way. Wally is a true serviceman, a great American and a role model.

is there a better way to do that than to take time to form a meaningful friendship with the children who will become the future of the nation he once served?

Never miss an opportunity to sit and talk to the older generation, they are full of wisdom and stories you’ll never read in books. I love running into these people in my day and cherish the time spent with them ??