All humans have worth, regardless of their appearance. The same goes for Supatra ‘Natty’ Sasuphan, from Bangkok.

She suffers from so-called “werewolf disease.”

Luckily, “Natty” has always been surrounded by friends who love her for who she is.

“I don’t feel any different to anyone else, and I’ve got lots of friends at school,” Supatra said when she was recognised by the Guiness Book of World Records as the hairiest teenager in the world in 2010.

Now the 19-year-old “Natty” has shaved off all of her thick facial hair after meeting the love of her life. Her message for everyone about loving yourself for who you are is definitely worth sharing!

An unusual condition causes Supatra ‘Natty’ Sasuphan from Thailand to have thick hair all over her body. In 2010, she received the title of ‘hairiest teen in the world’, when pictures of her were noticed by The Guiness Book of World Records.

She said at the time: “Being hairy makes me special.” 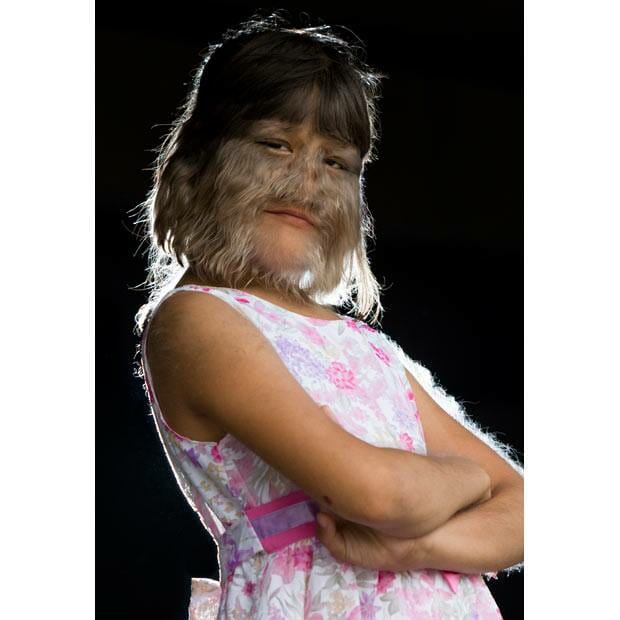 The girl is just one of 50 known cases of Ambras Syndrome. The disease is caused by an incorrect chromosome and has been documented since the Middle Ages. Before people understood the disease, sufferers were called ‘werewolves’.

Supatra has thick hair that grows all over her face, ears, arms, legs and back. She’s tried laser surgery, but it failed to put a stop to the hair growth.

But while most people affected by the diease hide away, Supatra is a confident girl with lots of friends.

She was one of the most popular girls in her school, and everyone wanted to be her friend.

“There were a few people who used to tease me and call me monkey face but they don’t do it any more,” Supatra told The Daily Mail a few years ago.

Despite her unusual appearance, Supatra has grown up just the same way as most other children her age. She loves swimming, dancing to her favorite music and hanging out with her friends.

Supatra dreams of being a doctor, she wants to help people who are sick and hurt. 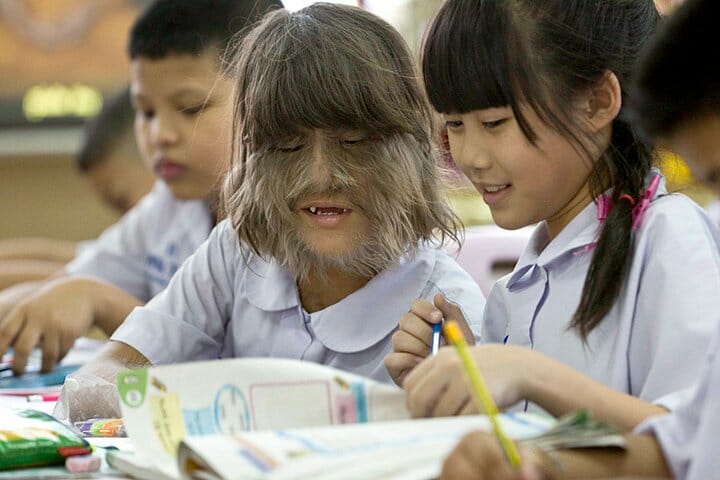 But the little girl’s future didn’t always look bright. When she was first born she was forced to undergo two operations, just to be able to breathe.

Her dad Sammrueng, 38, says: “We found out Supatra’s condition when she was born – we did not know before.” 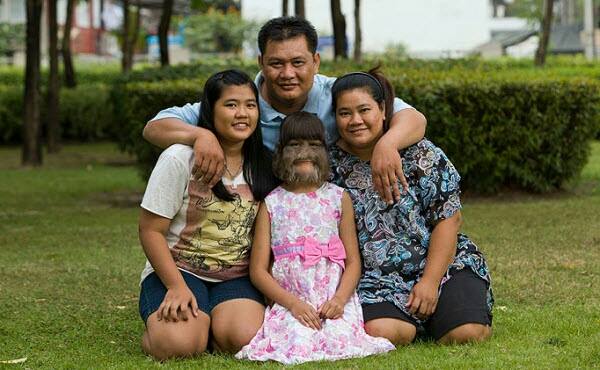 At first Supatra found it hard to breathe, since her nostrils were only a milimeter apart. For her first three months she was kept in an incubator to help her survive. She spent 10 months in total in the hospital.

“We were very worried about her,” dad Sammrueng says.

As Supatra grew up, her hair also grew. Her mom regularly trimmed it for her. 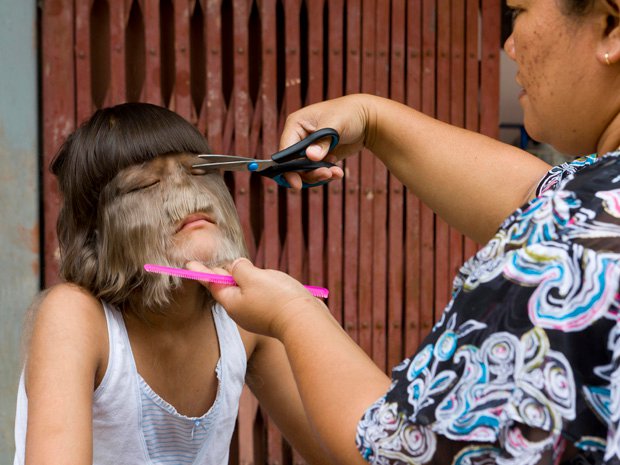 Today, at 19 years old, Supatra is healthy and happy. And not only that, but she just met the love of her life! 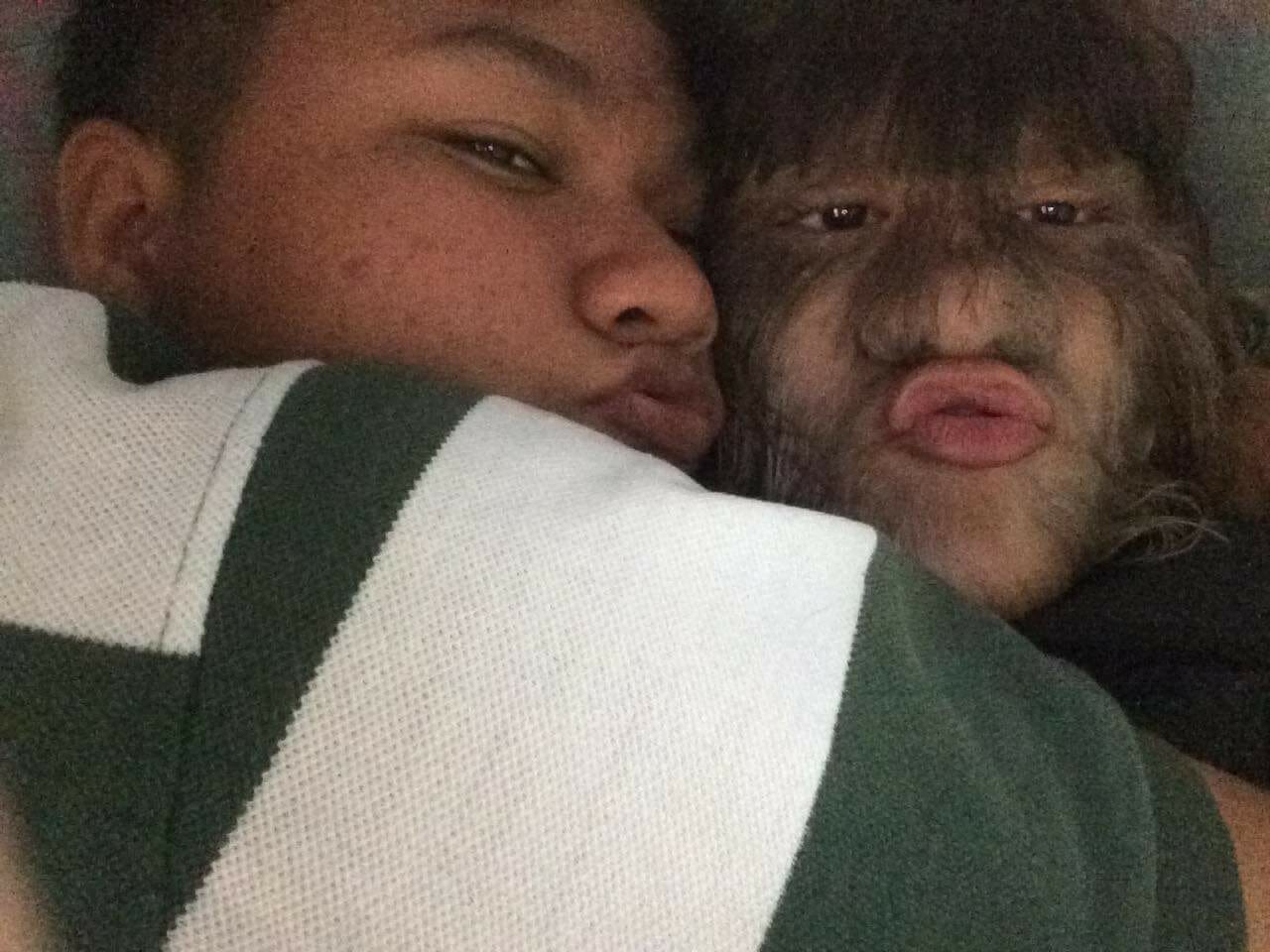 Her dad has confirmed that she’s still living with the disease, but that she’s started shaving her face and body since meeting her husband. 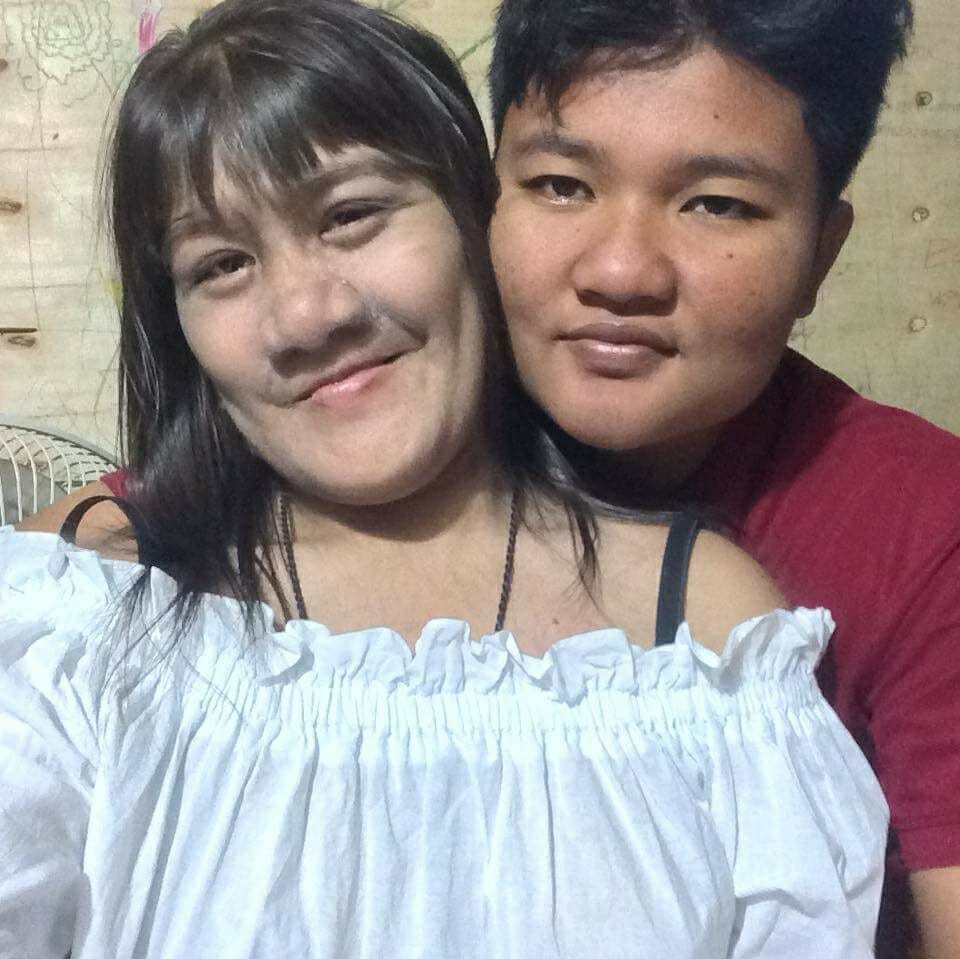 Natty is proud to show off her love on Facebook and only has good things to say about her husband. How wonderful that they found each other!

“Not just my first love, you’re the love of my life,” she writes below a photo of the couple on Facebook. 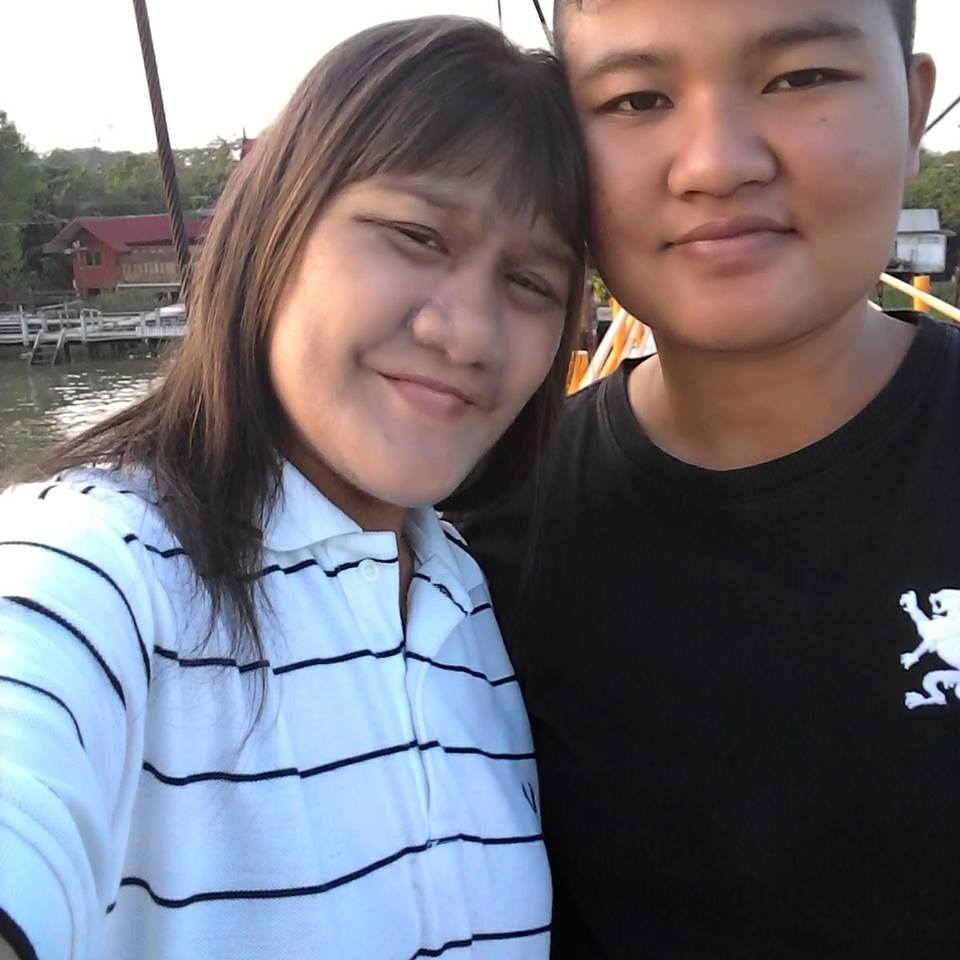 Natty is an eternal optimist and a strong girl who’s full of love, despite suffering with a tough illness.

She’s proud of who she is and wants to be treated the same way as everyone else.

Everyone deserves to be loved and to find their perfect partner. Like and share this to help us wish Supatra all the luck in the world!