At a point, we’ve all had that feeling of being damn beautiful but within a blink, a sudden sense of insecurity and being too exposed emerged from nowhere. Well, blogger Sara Puhto has responded effectively to the mentioned above, claiming that no matter how you feel, no one is judging you.

And even if someone was, then that’s a reflection of their inner insecurities and not yours. Sara, through her Instagram vs. Reality photos, tells the world that beauty solely begins from within. 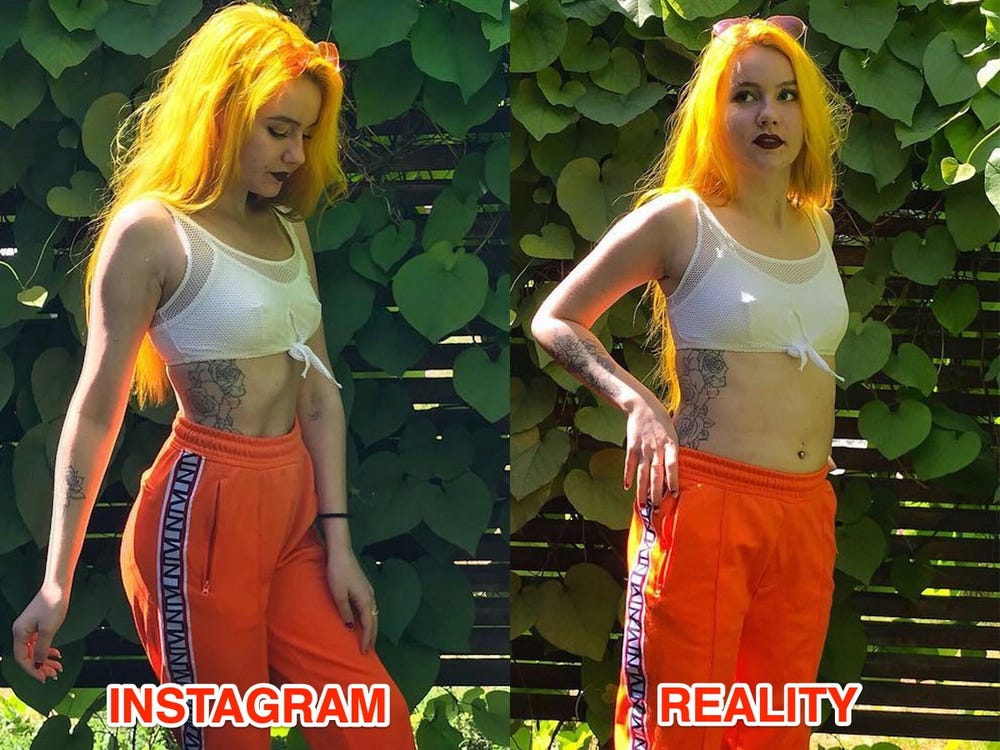 The Finish blogger has urged her followers to have body confidence, be kind to themselves, and focus on progress rather than perfection. Her newest release [compiled below] has proved how a certain angle or sucking in a belly can change anyone’s looks in an Instagram photo. The difference in a few of her images is striking as it would be difficult to tell they’re the same person. Are you still doubting? Don’t hold back, have a look and enjoy! 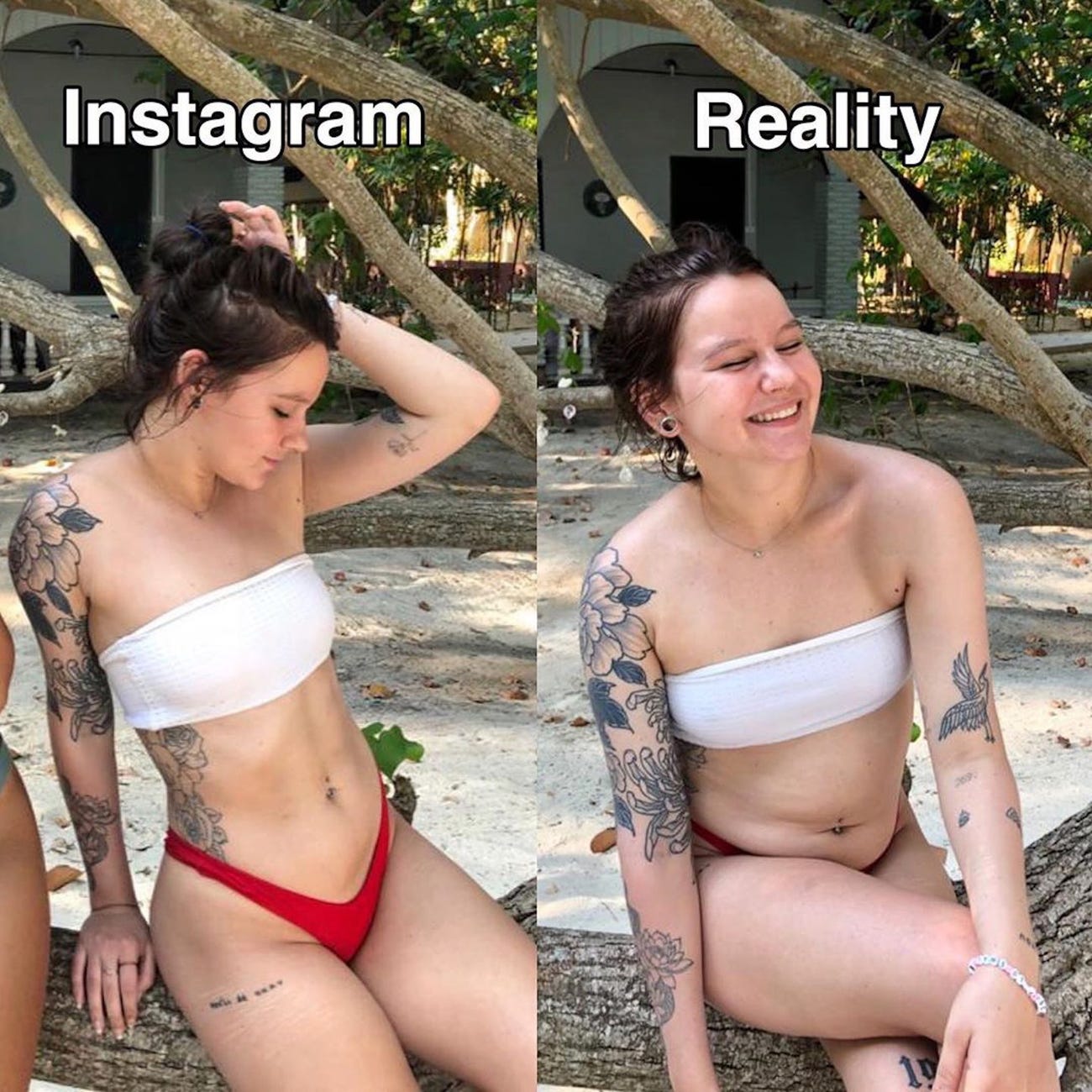 Sara Puhto has been posting “Instagram versus Reality” photos since 2016. Sara Puhto

She started posting photos of her workout routines and fitness progress in 2015.

“I was posting fitness photos only, which consisted of me flexing my muscles and were all taken from my best angles”.

But she decided to switch things up when she noticed that fitness influencers’ posts focused only on working out. 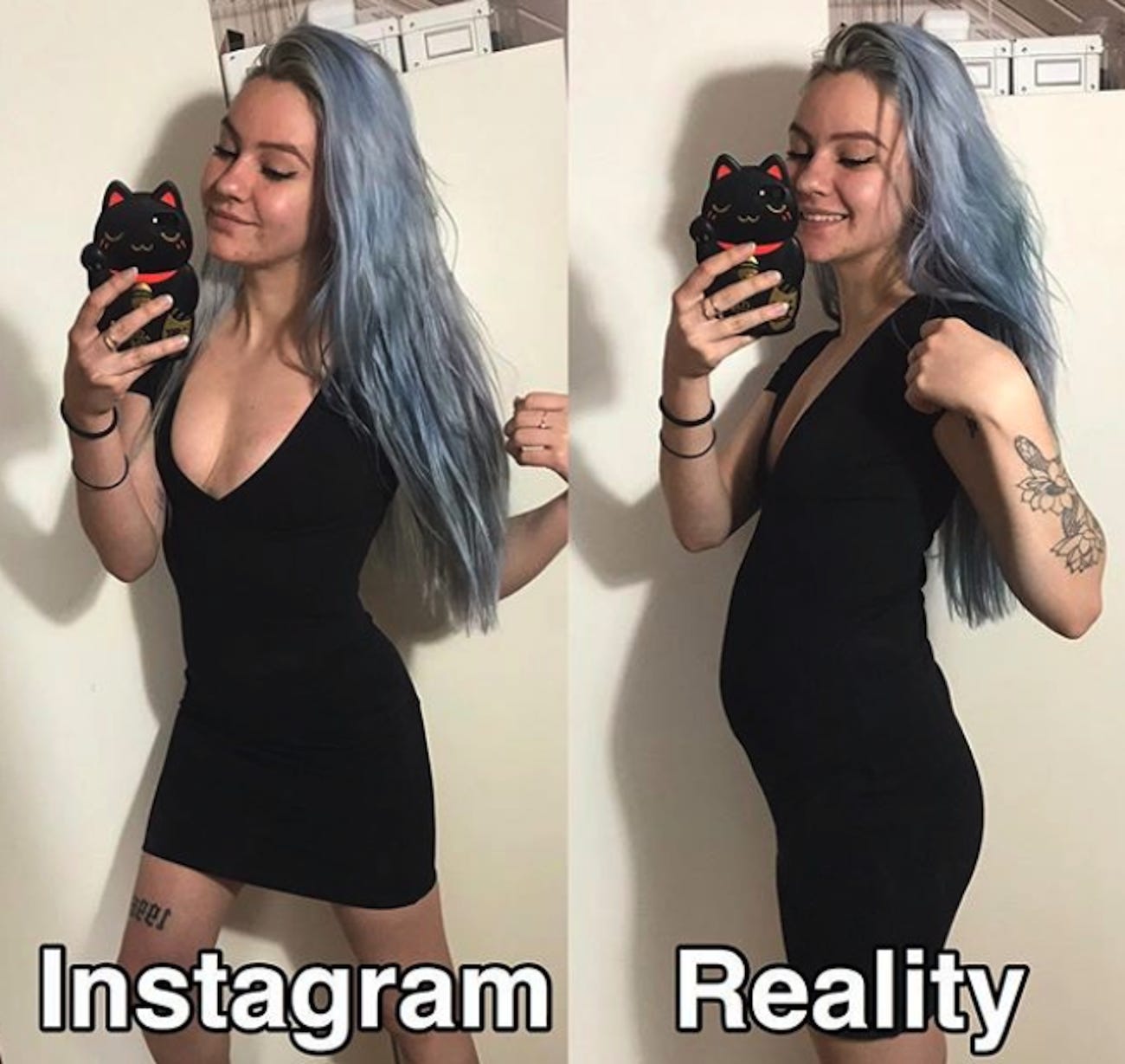 Puhto felt insecure because of what she saw on Instagram. Sara Puhto

“It made me feel insecure and bad about my body because I was comparing my body to theirs,” Puhto said.

“I realized that the photos that I was posting may have been making other people feel like this,” she said, adding that she was flexing in all of the photos and each one was taken from the best angle and in the best lighting.

“I noticed that my body didn’t look like this 24/7, and decided to share my thoughts and what I really looked like most of the time,” Puhto said. 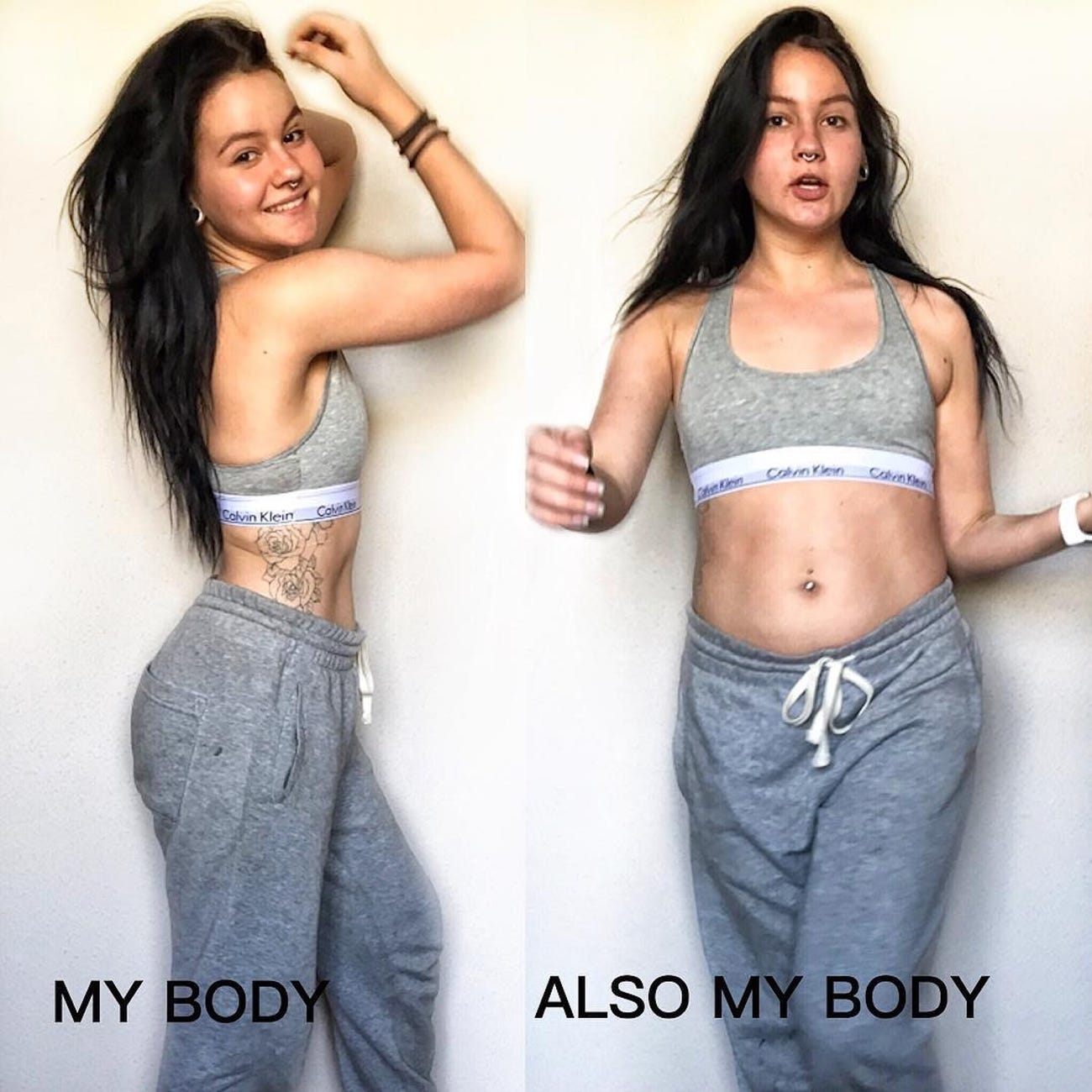 “I started posting more body-positive photos in October of 2016 and have been doing so consistently since then,” she said.

“It has helped me realize that many of us pose in certain ways to make ourselves look better in photos,” Puhto added.

“When you suck in your tummy, flex, stand up straight, and pop out your booty, you look different in photos,” she said of common poses she’d noticed on Instagram.

Puhto pointed out that nobody actually stands like this in real life, so it’s not “an accurate representation of how someone looks.”

“I always used to compare my body to people on Instagram, which made me feel like my body wasn’t good enough,” Puhto said. 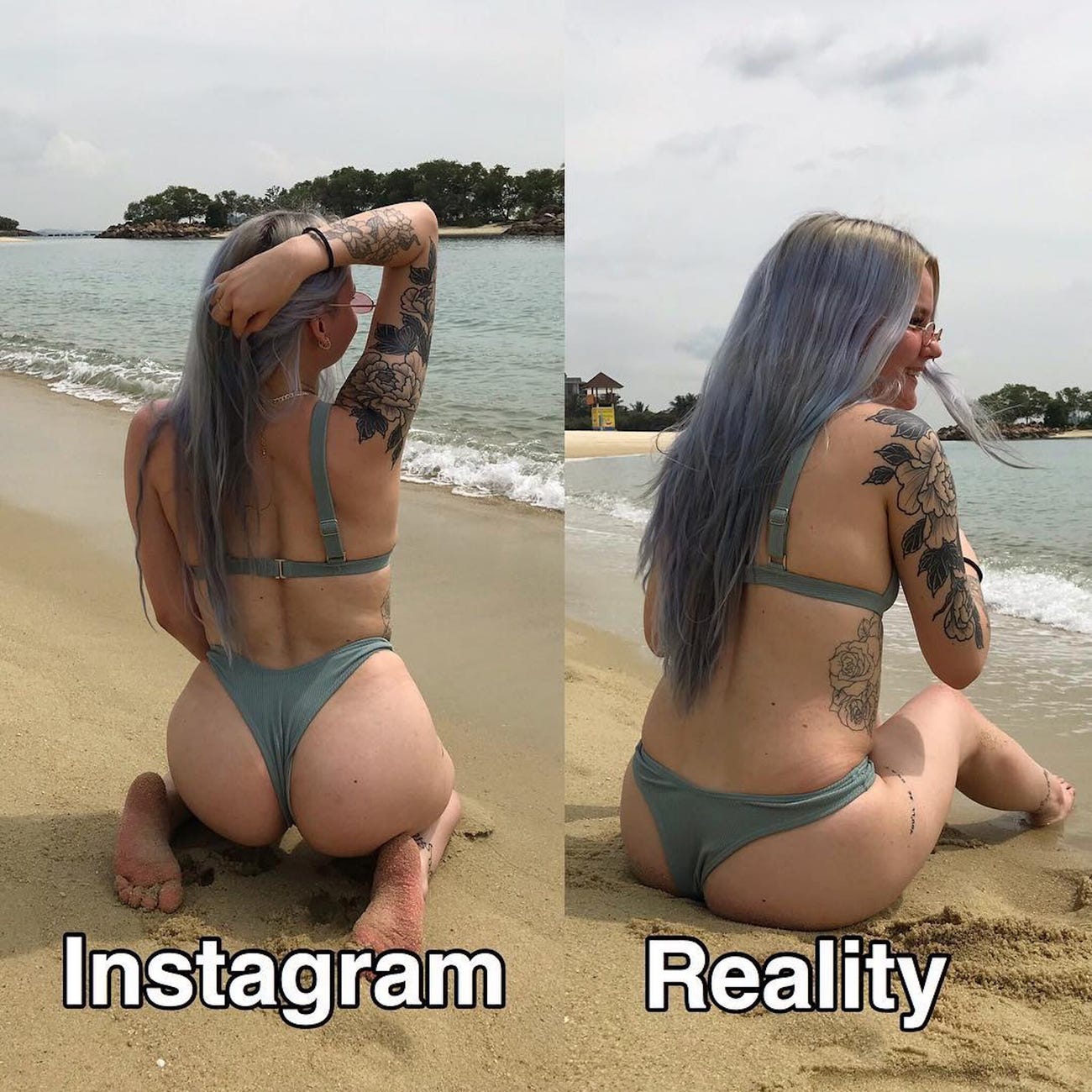 Puhto’s self-esteem suffered because of what she saw on social media. Sara Puhto

“I always thought I wasn’t working out enough or eating well enough,” she said.

“I was blindsided by the fact that everyone’s bodies look different,” Puhto added. “It felt like only a small variety of different body types were being glorified and posted on social media.”

Puhto thinks part of the problem is that one type of body is praised as the best on social media. 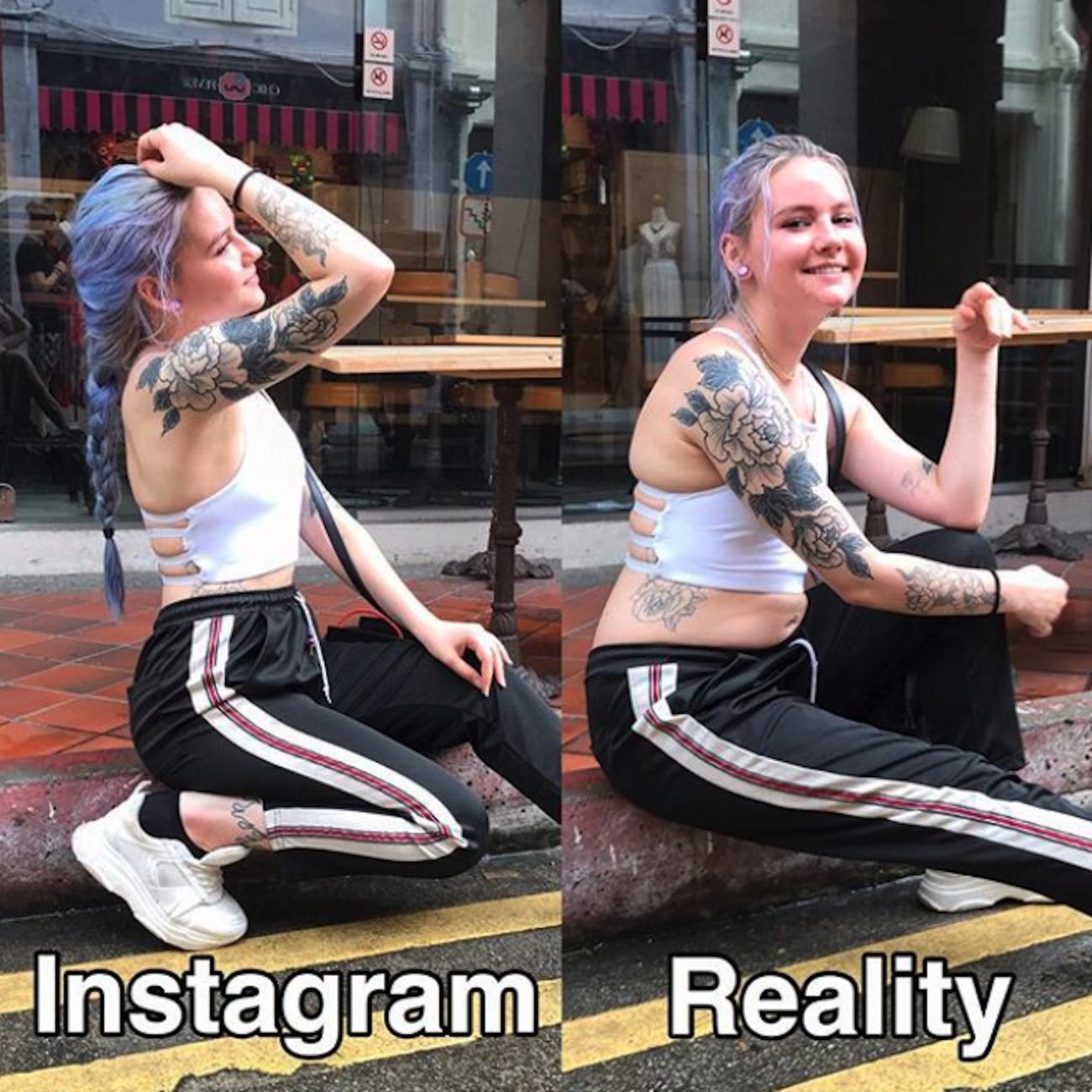 She said “we sometimes forget simple things like bloating and tummy fat are completely normal things to have” because we’re so used to seeing “seemingly ‘perfect’ bodies, and highlights of people’s lives on social media.”

Puhto thinks the images we see online are becoming more damaging because of the pervasiveness of social media. 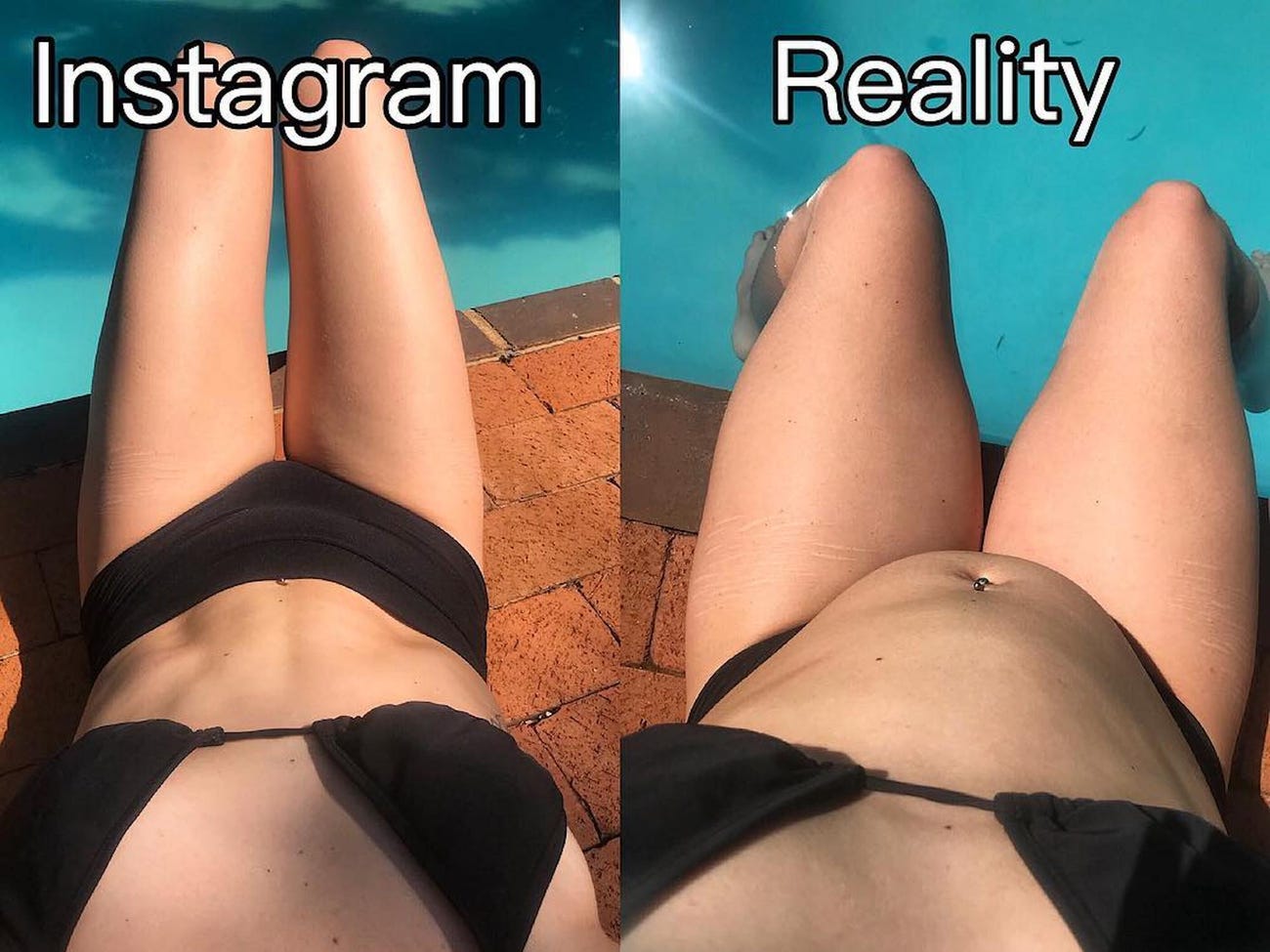 “It’s difficult not to compare ourselves to photos we see on social media,” she added, pointing to photo editing, posing, and lighting as tools that lead to the “unrealistic images” she said we’re “constantly flooded with.”

Puhto’s followers have told her that her posts help them deal with their insecurities. 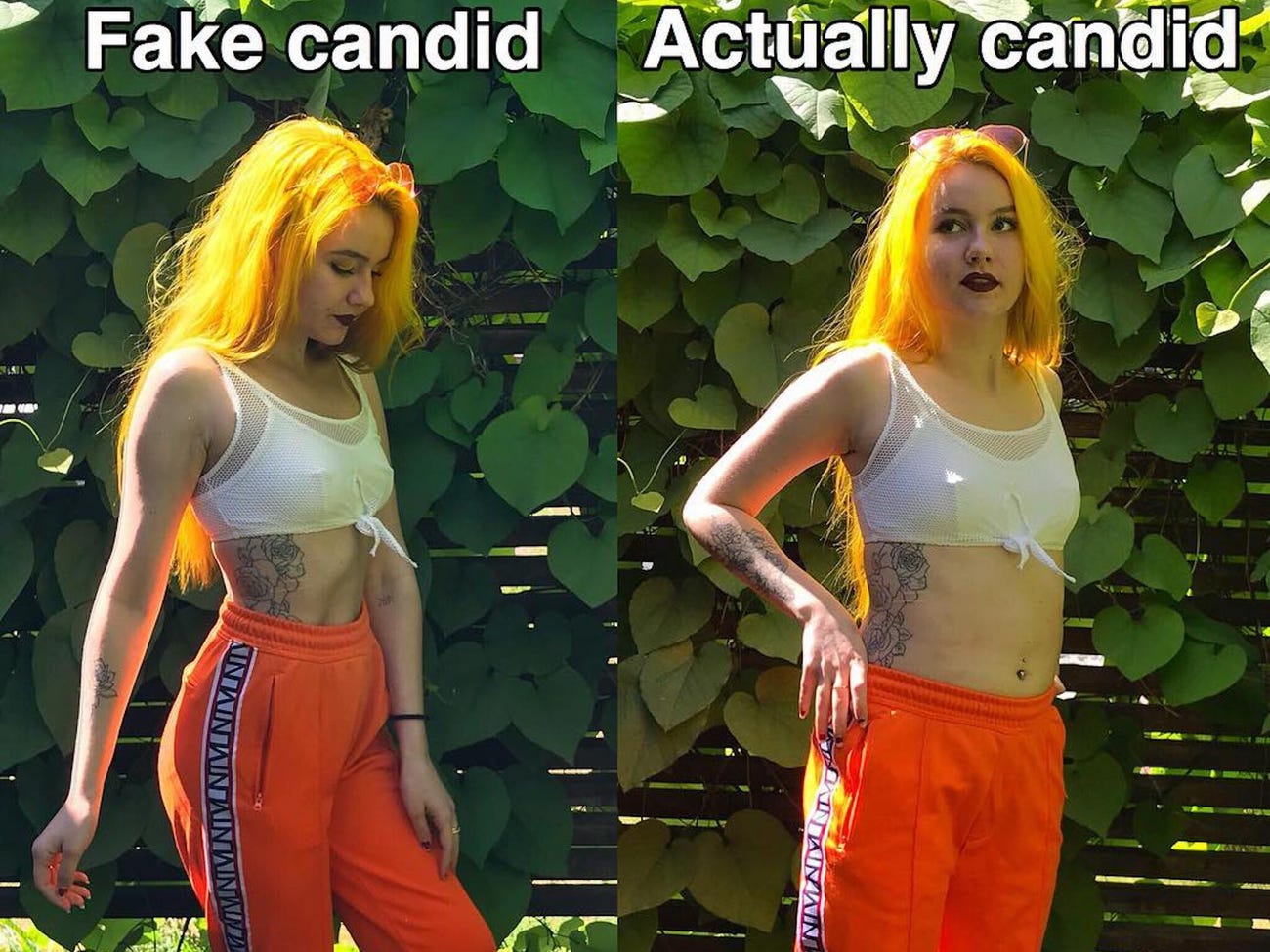 “I think being more transparent about falsities in photos helps you realize that the people in these seemingly ‘perfect’ posts don’t look like that all of the time,” Puhto said of why people liked her posts.

“It allows us to realize that this perfection we’re chasing doesn’t actually exist, and we should learn to start appreciating ourselves for how we are naturally.”

“We see this false reality and try to obtain it, often forgetting that what we already have is amazing,” Puhto said. 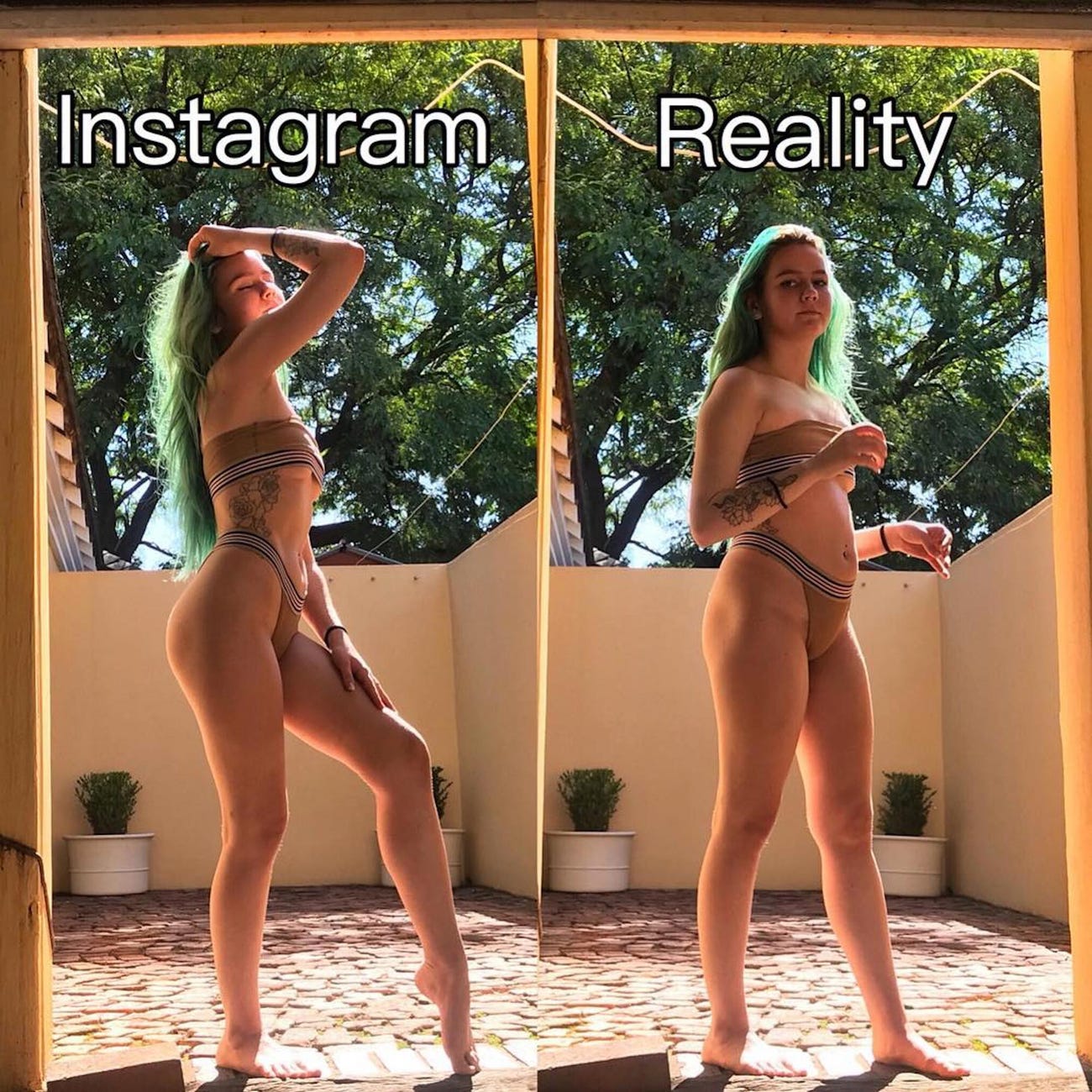 Puhto encourages her followers to love themselves as they are. Sara Puhto

“These images are not a realistic depiction of bodies and the diversity of people in society,” Puhto said. “We shouldn’t feel the need to change in order to love ourselves.”

Remember Grace Jones? Sit down before seeing her today, at 73
The real reason why Barron Trump refused to tell father Donald Trump “I love you” out loud