There are still echoes in my mind of “just have a drink” “stop being boring” “come one I don’t want to drink alone” ‘“one more won’t hurt” “go out and enjoy yourself” and many other similar remarks. For a long time, I gave in to these sentiments, thinking others knew better, unable to stand up for myself and trying to fit above all else.

It has been over two years now since I last touched a drop of alcohol. Something at one point in time I never thought would be possible.

These days I don’t think much about consuming the substance which for some time had a firm hold of me. It took a long time to get here and it was only through the process of healing from my past traumas and working on the many issues I face in my life to no longer need such coping mechanisms to get through this thing we call life. 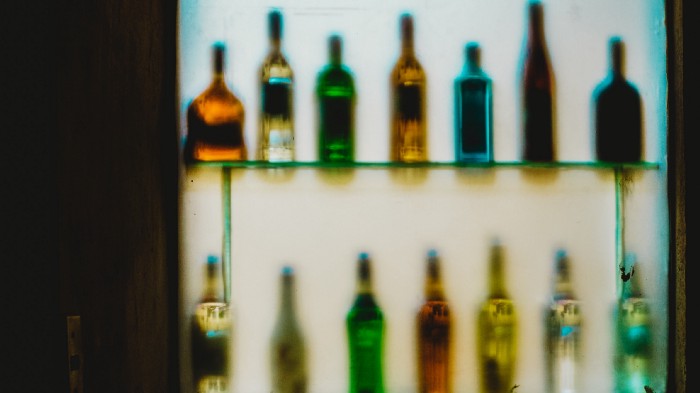 Alcohol seems to have played a part in my life for as long as I can remember. Even when I was a child seeing my parents and relatives have a drink most nights and at every single event we ever went to. As a teenager, I started drinking here and there through peer pressure, wanting to fit in and a little bit of curiosity. And then in my early 20’s becoming dependant on it to get through each day.

Growing up with a family who are big drinkers I felt a certain amount of pressure to be one as well. I remember being mocked before I was even legally allowed to drink for being unable to handle my alcohol by those who had been drinking for longer than I had been alive. Even at the time it felt bizarre and looking back now it feels even more so.

I have always had my reservations though. I didn’t much like it. Everyone told me I would get used to it and I felt this was something I had to get used to rather than deciding not to drink. I guess I hadn’t quite realised I could be myself person and stand up for what I believe in and accept that not everyone is going to respect my life choices. Unfortunately, I didn’t start living this way until over the last few years. I also didn’t like how people behaved under the influence. Watching people around me change drastically confused me. I didn’t want to see myself become someone else. Although I eventually did.

Alcohol wasn’t the first substance I struggled with though. Unlike alcohol, I took an immediate liking to marijuana and some years later MDMA and cocaine. After developing a small dependency with the first of the three I eventually got clean but with this void in my life and to have not dealt with the underlying issues I eventually replaced one dependency with another.

I developed my alcohol dependency without even realising it.

I came late to the party but it wasn’t like I’d never been before. I always had one foot in the door so it was easy to jump right in and join everyone else.

It was a slow affair at first. I tried to keep things as they always had been not becoming like those I spent my life resenting whilst they were under the influence but I think it gets us all eventually. I kept it under control for so long only participating because I began to enjoy it. I developed favourite drinks and took pleasure in consuming them. But eventually, like my other illegal habits, I began to lean on them and they became coping mechanisms.
I didn’t see it at first. I don’t think anyone does. Either way, a need was developing. A bad day at work, I needed a drink. An argument with someone, I needed a drink and so on. There was always a reason to drink it felt like and even when I couldn’t get someone to join me in the local pub I would opt to go alone or drink by myself at home.

My 1 or 2 pints most nights had slowly risen to 3 or 4 and then to 5 or 6 and the nights where that toppled over to where I didn’t recognise myself and I’d blackout had also risen significantly.

In Great Britain, 57.0% of Opinions and Lifestyle Survey respondents aged 16 years and over in 2017 drank alcohol and in another study by ‘Alcohol Change UK’ 27% of drinkers in Great Britain binge drink on their heaviest drinking days (over 8 units for men and over 6 units for women).

Looking back now it is easy to see how it happened but at the time it wasn’t so obvious. It almost felt natural as I was always chasing that small high I’d get whenever an alcoholic beverage passed my lips. And before you know it every waking moment you are waiting until you can get your hands on a drink.

I tried to take a break several times but each time making no difference. A week here and a week there, a two-week break and I’m not quite sure how but I managed but a 9 week break another time and it all made no difference. It was torture saying no while every part of my body was craving it. As you can expect to look back now I only really managed these breaks by swapping alcohol for something else and then returning to it when I inevitably gave in.
It nearly cost me my life

There were nights when it would get too much. The depression was too much to handle and then the alcohol had an adverse effect. No longer taking me away from it but bringing me closer to it than ever before. Suicidal thoughts at the time were ever-present but just that and nothing more. Until the drink took hold and I would consume too much.

There were a couple of nights when it all got a bit much. Too intoxicated to account for what happened or what I was going to do but it was something along the lines of doing something completely stupid which I truly believe had all the intentions of me ending my life.

I’ve never really admitted that to myself fully. Always skirting around the edges afraid I would be locked away in a mental institution with padded walls and only a straight jacket for company. Even now in sobriety and recovery of the underlying issues, it’s hard to reminisce and be honest with myself. But it is time I am.

I wish I could write that after the last time it happened I woke up and the following day and I quit but I would be lying. Even something as scary as almost taking my own life didn’t quite resonate with me until weeks later when it began to eat me up inside. The fear that the next time might be the last time I knew deep down inside myself that it was time.

This made it easier than any of the breaks I had tried before. When you are ready there is something inside of you which fundamentally won’t let you give in. I will admit I slipped up after 4 months. I thought I had it under control so I allowed myself one drink and before I knew it I was ten drinks deep staggering home feeling utterly defeated. Since that night I haven’t so much as touched a drop of alcohol.

I could no longer afford it

During the height of my drinking, I was the most unwell I had ever been with my mental health. In part, it was probably due to the alcohol and in a roundabout way, the alcohol was also keeping me functioning in many ways.
Anyway, I ended up unemployed because of my health and so my financial circumstances changed drastically. The sometimes seemingly abundant funds I had to spend on alcohol dried up. I got by for a while thanks to a credit card and a couple of overdrafts with a little room left in them as well as knowing enough people in the local pubs who would sort me out free drinks here and there.

Even when I started claiming benefits they didn’t cover what I needed to live let alone fund my drinking habits. And so whether or not that I had already decided to quit I would have had to or at least significantly cut down.
Not having money made it easier to stay sober. Being unable to afford my habit limited my options of being able to indulge my urges. On top of that, I wasn’t about to start stealing to fund my habits.

Not necessarily a reason to stop drinking but since quitting has become one of the biggest reasons to never start again.

I have watched my family members, relatives and later on friends drink themselves to a point I no longer recognise them over and over and over again. It was the one thorn in my side which for the most part held me back from participating as much as those around me early on. But as with the dependency, it just happened and started happening more and more frequently. Every morning after I drank too much and became someone else I resented myself for allowing it to happen.

I realised quite quickly I couldn’t control if others wanted to do it but it took me till I quit to realise I could control whether I did. I remember as a kid telling myself I never wanted to drink. I didn’t want to become like the adults in my life who chose to drink. But somewhere along the way, I got lost and it took me a long time to find my way back to who I am. And who I am doesn’t involve drinking alcohol anymore.

A lot of this came from the years of therapy for my many other underlying issues and the reasons behind why I was drinking so much. I stripped back the parts of myself I don’t like and started becoming who I have always been deep down inside.