During the flu season, which is currently in full swing across most of the United States, it appears that no family can avoid their tiny children becoming ill. Because children tend to bounce back so rapidly, we can’t always tell if they’re sick or not because they appear fine one minute and then collapse the next.

However, other parents are reporting flu-like symptoms as well as weird marks on their children’s faces. They want to alert other parents about the problem now that they know what’s causing it. 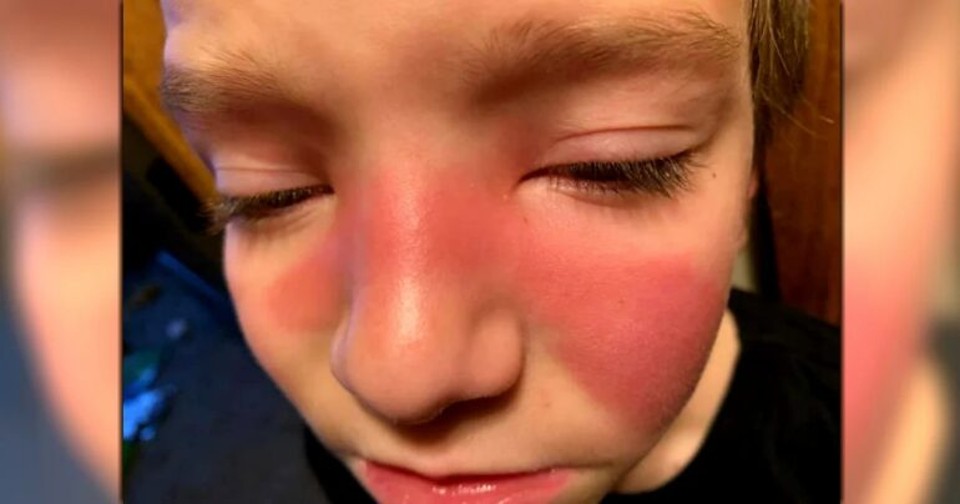 Coop, an Idaho youngster, was playing when he began to weep, claiming that he had been smacked on the nose. The parents initially suspected their child’s younger sibling, but the mark on his nose grew worse.

After seeing a doctor with his parents, Arden and Ashlee Hawley, the ailing boy was sent home with a steroid. The mark, however, became worse, prompting Coop’s parents to take him to the emergency hospital, where physicians diagnosed him with a strep infection in his sinuses. 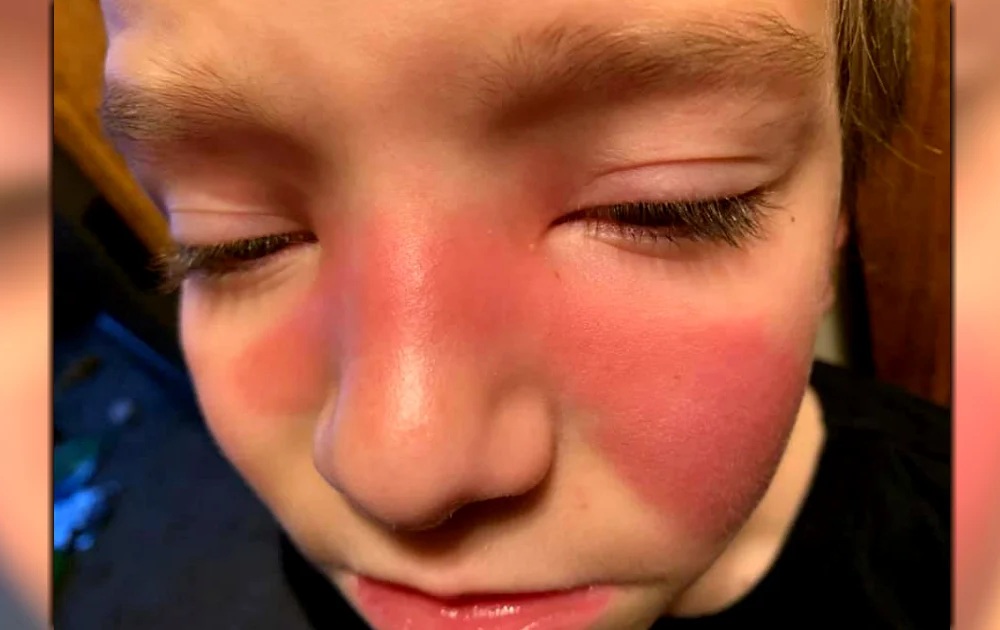 The Hawleys are concerned that similar incidents with their own children may scare other parents, so they want to warn others. Strep does not simply impact the throat, contrary to popular assumption. The strep bacteria comes in 20 different kinds, each with its unique set of symptoms. After his treatment, Coop was freed from the hospital and is now recuperating at home. His sickness could have spread to his eyes and brain if it had gone untreated.

Another mother shared her son’s flu infection story on Facebook during the winter flu season. When his son developed a fever, his mother, who does not want to be identified on Simply Real Moms’ page, assumed he had the flu.

“He was looking horrible on Thursday morning, and I observed unusual red marks on his face,” she wrote. My youngster was covered in a splotchy rash by that evening. I was hoping in my heart that he was only suffering from a fever rash and that I could put him to bed.

“The rash and marks on his face were still there when he awoke on Friday, and his fever was so high that it was difficult to hold him.” He was reading 102 degrees even on medicine.” She rushed him to the emergency room, where he was diagnosed with strep throat and the flu. Both tests came back as positive.

“A rash and facial markings are common signs, according to the [doctor].” “I had no idea, and it appears that no one I’ve told in the last two days does either,” the mother wrote. “I feel compelled to inform other parents about these unidentified signs that your child is suffering with strep throat.”

Candace Reeves McMahan of Oklahoma is warning parents after her son’s strep infection became so serious that surgery was required. Luke’s mother hurried him to the hospital after his eyes became red and puffy. He had the flu and strep, but the infection had progressed to the point that he needed immediate surgery.

Candace wrote, “Because it was in his eyes, it was really close to the brain, which is super alarming!!!” Luke recovered completely, despite the fact that he will have slight scars from the surgery. Candace is relieved that her kid is back to his old self. However, it required worsening symptoms, multiple hospital visits, and emergency surgery for things to start to improve.

“He almost appears normal, and he appears to be back to his old self!” “I believe in the power of prayer, and I can’t express my gratitude to everyone enough,” Candace added. She now wants to warn other parents as well. “I’d appreciate it if you could share the photos of Luke’s eyes. “If the diagnosis had been done sooner, this could have been avoided,” she wrote.

Thankfully, these children were treated and have since recovered. What a fantastic thing it is that these courageous families are willing to share their tales in order to help others. We should all be aware of this important information for parents.