Because Jackson Scherlen’s father was unable to accompany him to his first day of pre-kindergarten last week, a group of officers who are a part of his father’s family in blue made it a point to ensure that Jackson didn’t feel isolated during the experience.

Jackson, age 4, and his two older brothers from the family of four were escorted to their first day of school in August by over two dozen officers from the Amarillo Police Department in Texas, along with their mother, Jessica Scherlen.

The cops were a surprise for Jackson and his family. 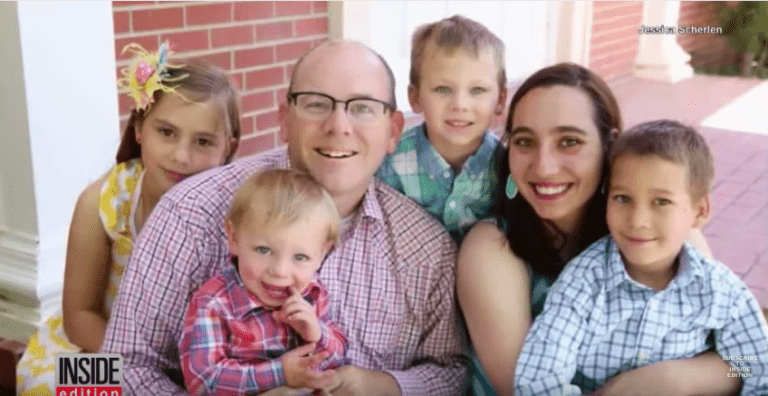 The act took place only a few short weeks after one of their fellow officers, Justin Scherlen, 39, passed away while on vacation with his family in New Mexico.

Officer Jeb Hilton shared with TODAY his observations that “everyone was having a terrible time regulating their emotions that day.”

“It was simply one of those moments that truly grabs your heart, plus the fact that the family was startled to see everybody there,” said the speaker.

According to the Amarillo Globe-News, Justin had sustained serious injuries in a car accident that occurred while he was working in September 2015.

These injuries prompted him to undergo many surgeries and participate in physical rehabilitation. It has not been determined what caused his passing away. 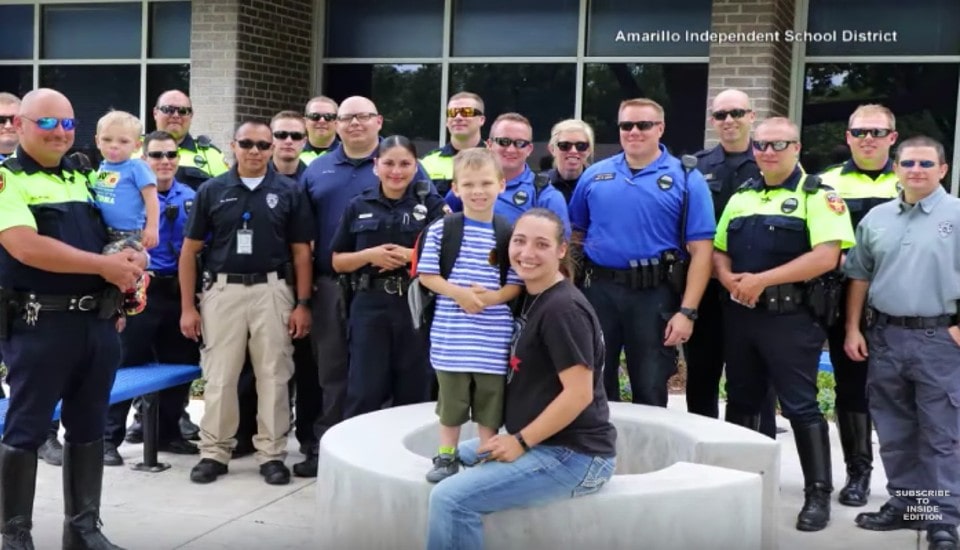 Jackson’s level of gratitude was so high that he went down the corridor of Coronado Elementary School and personally thanked everyone of the cops who had helped him.

The cops wished for the Scherlens to be aware that they will always be there for them whenever they require assistance from their family in blue who serves in law enforcement.

Hilton stated that “we spend a lot of time with each other on the job and go through a lot of difficult situations.” “We consider ourselves family, and we absolutely wanted to step in there and show their family that they will be taken care of,” the narrator says in the video.