Arnold Schwarzenegger is one of the most famous actors in Hollywood. Besides being a very successful actor in films such as Terminator and Batman, the former bodybuilder and governor of California has raised five children.

In 2017, he and his longtime wife Maria Shriver divorced after 25 years of marriage, however, the couple initially split in 2011. Two years later, he was seen with a new girlfriend, Heather Milligan, and to this day, the couple are still together.

So who is Heather Milligan? And how did the two meet? This is all you need to know about Schwarzenegger’s girlfriend, who is 27 years younger than him. 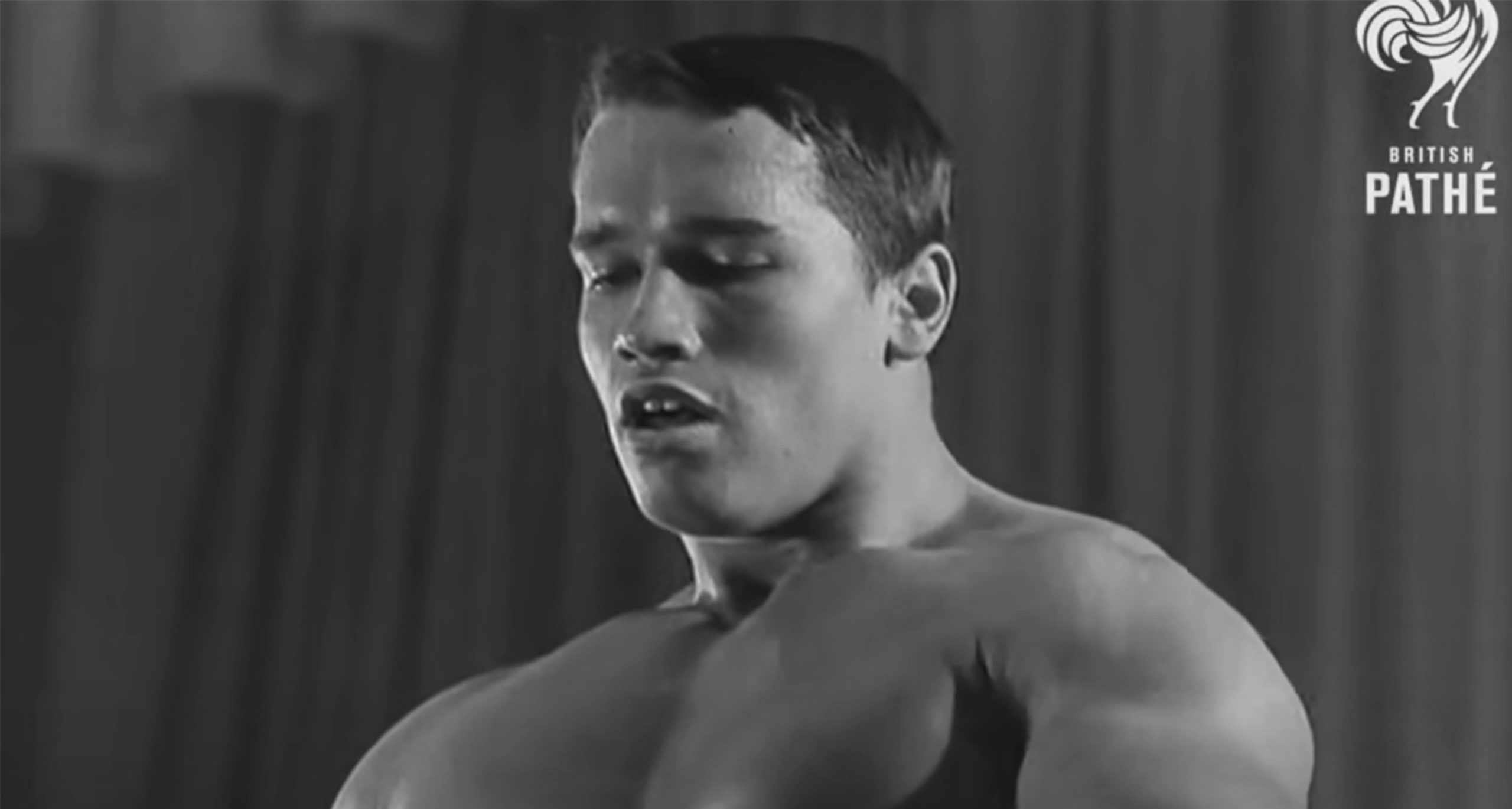 Born on July 30, 1947, near the city of Graz, Austria, Schwarzenegger knew what he wanted to do as soon as he turned into a teenager.

Young Arnold loved working out, and for him, it was all about bodybuilding. He entered the Austrian army at 18, but soon after, went AWOL in order to go to Germany and win Junior Mr. Europe.

When he came back, things didn’t look great for him; Arnold had to spend a night locked up.

“It wasn’t really jail. I was there for one night so they could say, ‘We punished him.’ But they were proud. Then I went back to tank-driving school,” he said.

By the age of 20, Arnold had turned into a star in the sport of competitive bodybuilding. He dominated the arena and became the youngest person ever to win the Mr. Universe title. At the time, the audience for bodybuilding was growing, and so Schwarzenegger became a celebrity, transforming himself into an icon. 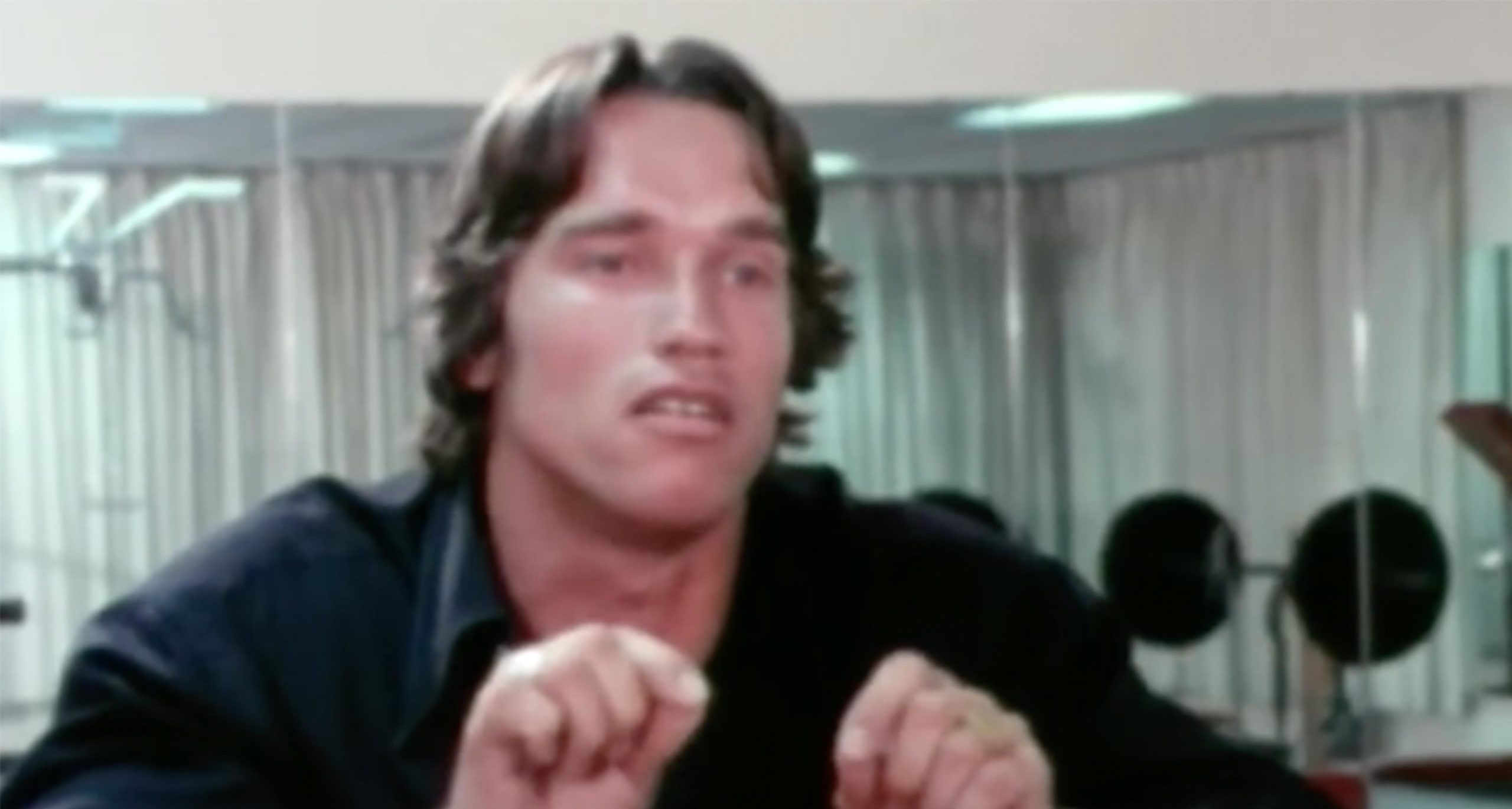 In 1968, he decided to emigrate to the US and went on to win a staggering five Mr. Universe titles, as well as seven Mr. Olympia titles. Sure, he was great and loved the sport, but it wasn’t his only passion.

Once in the US, Schwarzenegger decided to dedicate himself to acting.

Because of his size, Schwarzenegger knew it was going to be a struggle to get parts. So he tried to use his build to his advantage.

“I never auditioned. Never,” he said. “I would never go out for the regular parts because I was not a regular looking guy, so my idea always was everyone is going to look the same and everyone is trying to be the blond guy in California, going to Hollywood interviews and looking somewhat athletic and cute and all this.

“Okay, how can I carve myself out a niche that only I have? And so I always felt really strong about I have to get into the movie business.”

Arnold Schwarzenegger starred as Conan in Conan the Barbarian, but it was the role of the Terminator in the blockbuster series that made him known across the entire globe. 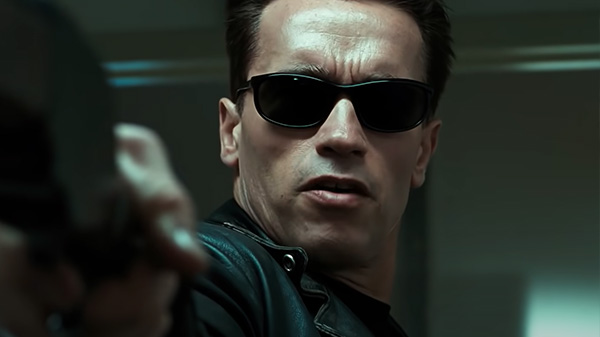 Interestingly, it wasn’t set in stone that he was going to get the role as the Terminator. At first, Arnold was hoping to get the part of Kyle Reese in the movies, who served as the main protagonist in the first film.

But when he got the script of Terminator, he became “fixated” on the lead role.

“He’s a machine. So everything has to be matter-of-fact. I told Jim that,” Schwarzenegger told Men’s Health.

“I said there should be no joy, no gratification, no kind of victory lap of any sort. Just the mission, complete. I go through these points. Jim, afterward, says to me, ‘Fuck, you analyze it better than the way I have written it. Why don’t you play the Terminator?”

When all was said and done, Schwarzenegger got the part. The rest is history.

Even though the Terminator was a pretty mean guy, audiences admired the character. According to Arnold, it was because he was able to do the things all people wanted to do.

“Everyone wants to wipe out a police station when they get mad at the police. We had a test screening. We showed it to 50 cops. They all applauded when I wiped out the police station—because it was not a human being doing it, it was the machine doing it,” he explained. 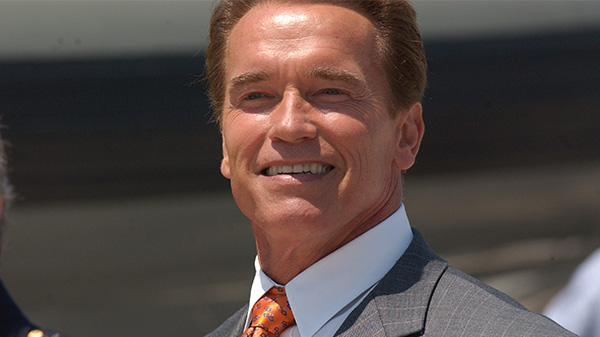 Arnold starred as the Terminator in five movies, as well as voicing the machine in several video games. It became the role of a lifetime, and even now at 73, he’s known as the iconic action hero.

The latest Terminator film was released in 2019, and Arnold Schwarzenegger reprised his role.

This time, the Terminator travelled back in time, but what would Arnold do if he could do the same?

“There’s a saying in German: Selbsterkenntnis ist der beste Weg zur Besserung, which means Self-knowledge is the best way to improve. I believe in that,” Schwarzenegger said.

“When you fail, the trick is to get up again and evaluate in an honest way what went wrong. Yes, it’s easy to say, ‘Don’t do Hercules in New York‘. But that was an interesting experience. Each one of the things I made a mistake in, I eventually learned from that, and it made me a better person. It made me more experienced. It made me wiser.”

Besides building himself a media empire, as well as being the Governor of California, Arnold Schwarzenegger also spent time married to Maria Shriver.

The two formed an unlikely relationship when they met at a charity tennis tournament back in 1977. At the time, Schwarzenegger was an up-and-coming actor, while Shriver worked as a journalist. 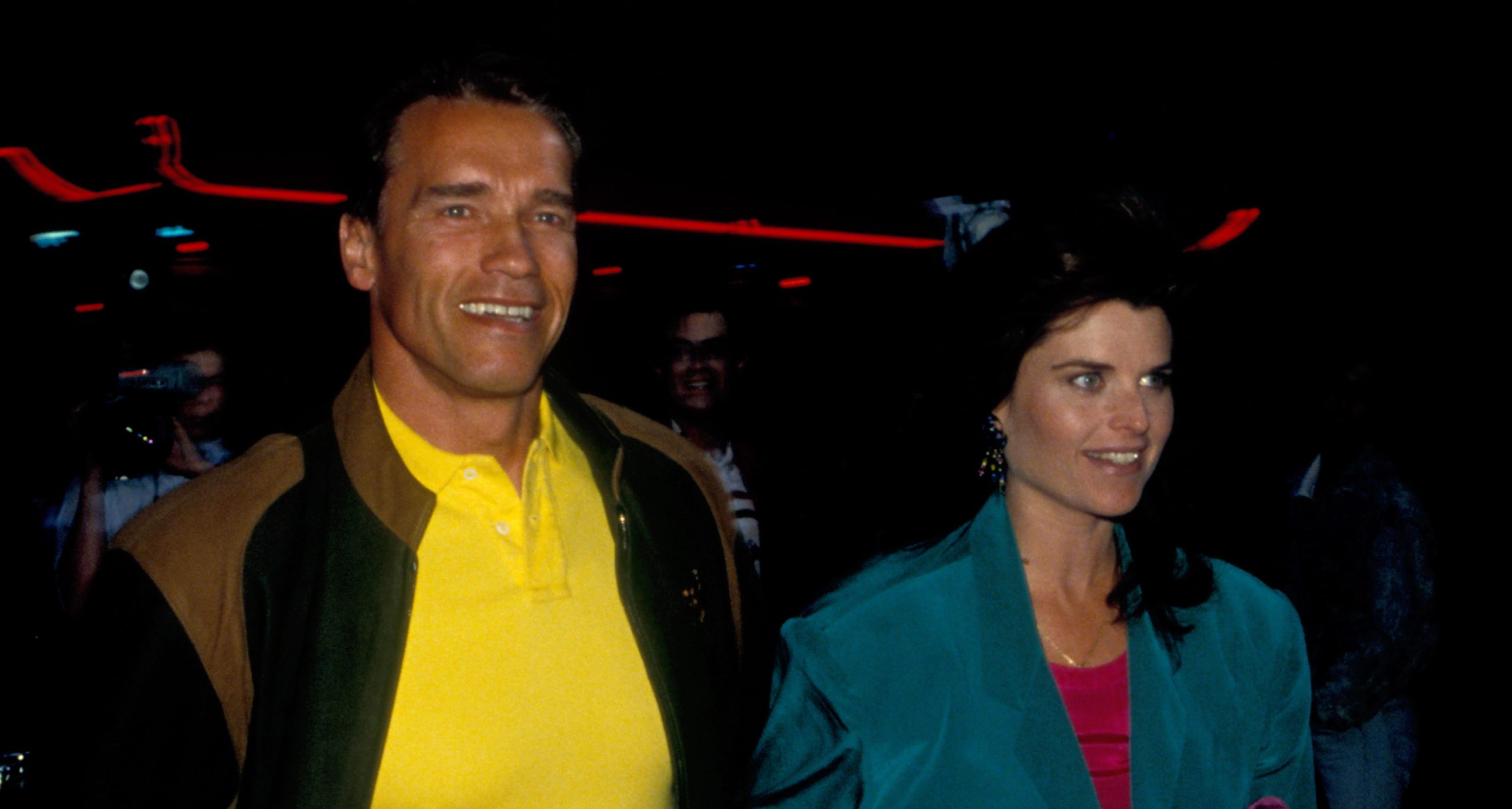 They were introduced to each other at the tennis tournament, and they started dating. Nine years later, Schwarzenegger and Shriver tied the knot. They married at St. Francis Xavier Church in Hyannis, Massachusetts.

Divorced after 25 years of marriage

Today, several of Arnold’s children have moved on to have great careers both within and outside of show business. For example, Patrick has followed in his father’s footsteps, starring in several Hollywood productions.

It seemed like Arnold Schwarzenegger and Maria Shriver were the perfect celebrity couple. But as they approached their 25-year anniversary, somewhat of a scandal appeared.

In May of 2011, Schwarzenegger and Shriver announced that they were getting a divorce.

“This has been a time of great personal and professional transition for each of us,” the couple said in a statement at the time. “After a great deal of thought, reflection, discussion, and prayer, we came to this decision together. At this time, we are living apart while we work on the future of our relationship,” the statement read.

“We are continuing to parent our four children together. They are the light and the centre of both of our lives. We consider this a private matter and neither we nor any of our friends or family will have further comment.” 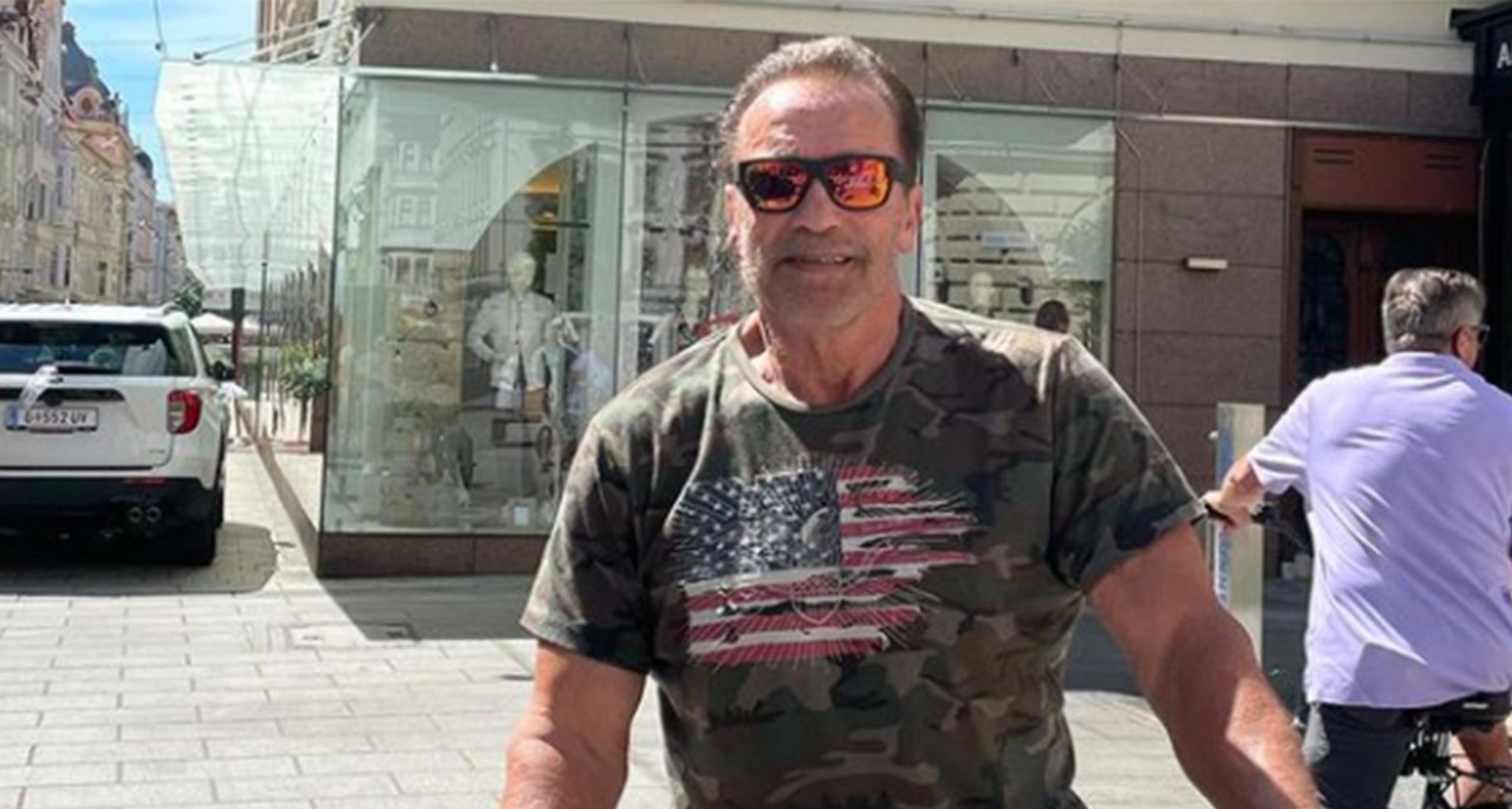 It seemed like the two split because of normal circumstances. However, it soon was made clear that it wasn’t the case.

Days after they made the announcement, it was revealed the actor had fathered a child with their housekeeper of 20 years, Mildred Baena.

“Very tough situation for my family”

The son, Joseph Baena, is 24 years old and has a great relationship with his father.

“It was tough for everybody,” he added. “But it has happened and now we have to figure it out, right?”

In his memoir, Total Recall: My Unbelievably True Life Story, released in 2012, Schwarzenegger recalled the moment when he was confronted by his then-wife during a couple’s therapy session.

“The minute we sat down, the therapist turned to me and said, ‘Maria wanted to come here today and to ask about a child — whether you fathered a child with your housekeeper Mildred,’” Schwarzenegger wrote in the book. “I told the therapist, ‘It’s true.’” 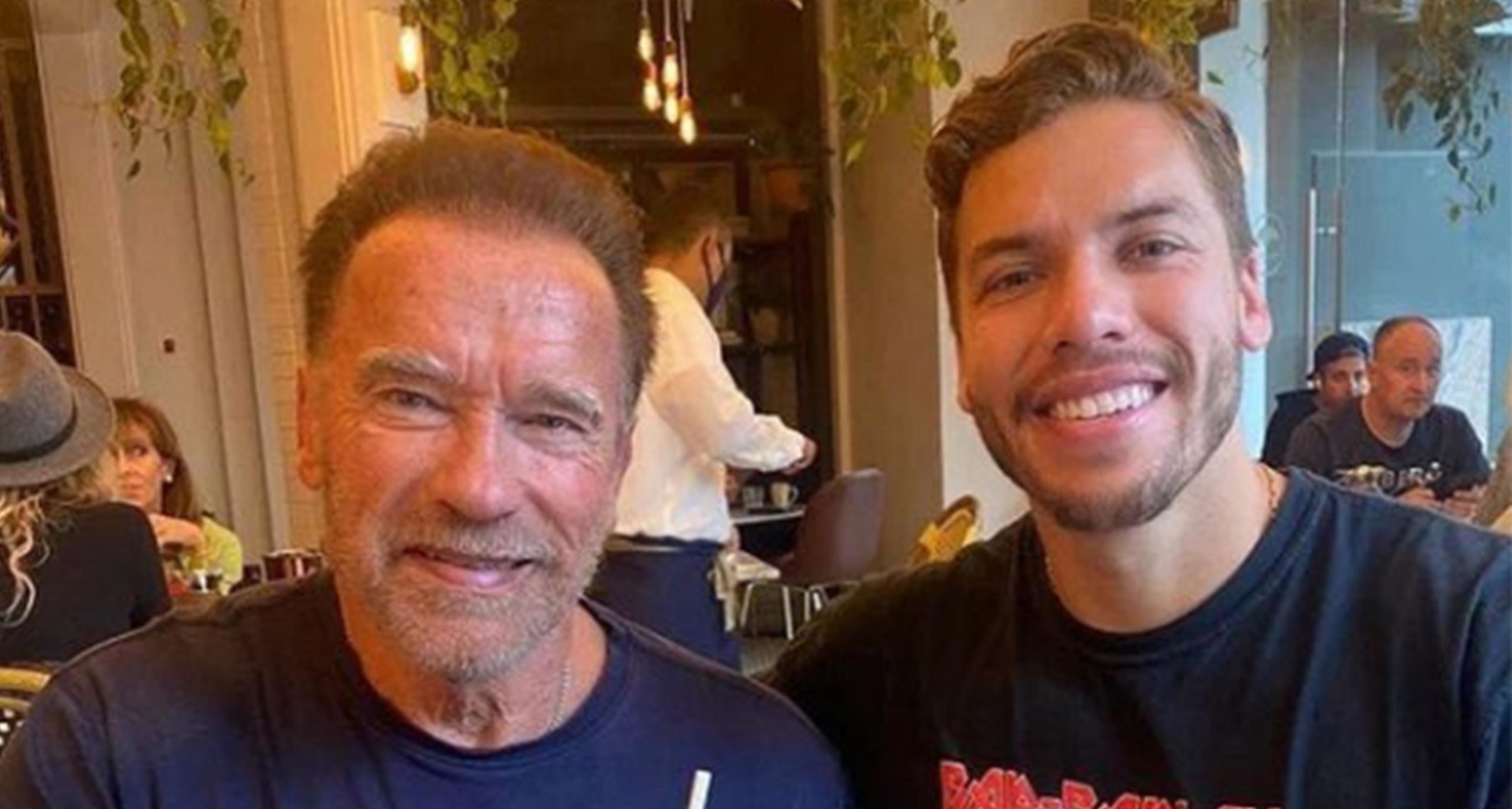 Now, Arnold Schwarzenegger has moved on, still having a great relationship with his children. The divorce was finalized years later, in 2017, and it didn’t take long after the split before Arnold had met a new woman, Heather Milligan.

In 2013, the two were seen kissing for the first time while out in Santa Monica, California, according to The Sun.

Heather Milligan graduated from the PT program at the Texas Woman’s University in Dallas, Texas, and went on to receive her Masters in Business Administration from the University of Nevada Las Vegas.

Heather Milligan is 28 years younger than her boyfriend Arnold, but as we’ve seen many times over, age is just a number.

Seven years after meeting for the first time, Arnold Schwarzenegger and Heather Milligan’s love is still very strong. The two have been seen traveling the world together before the pandemic, and as of the latest, the couple have been going around Los Angeles. 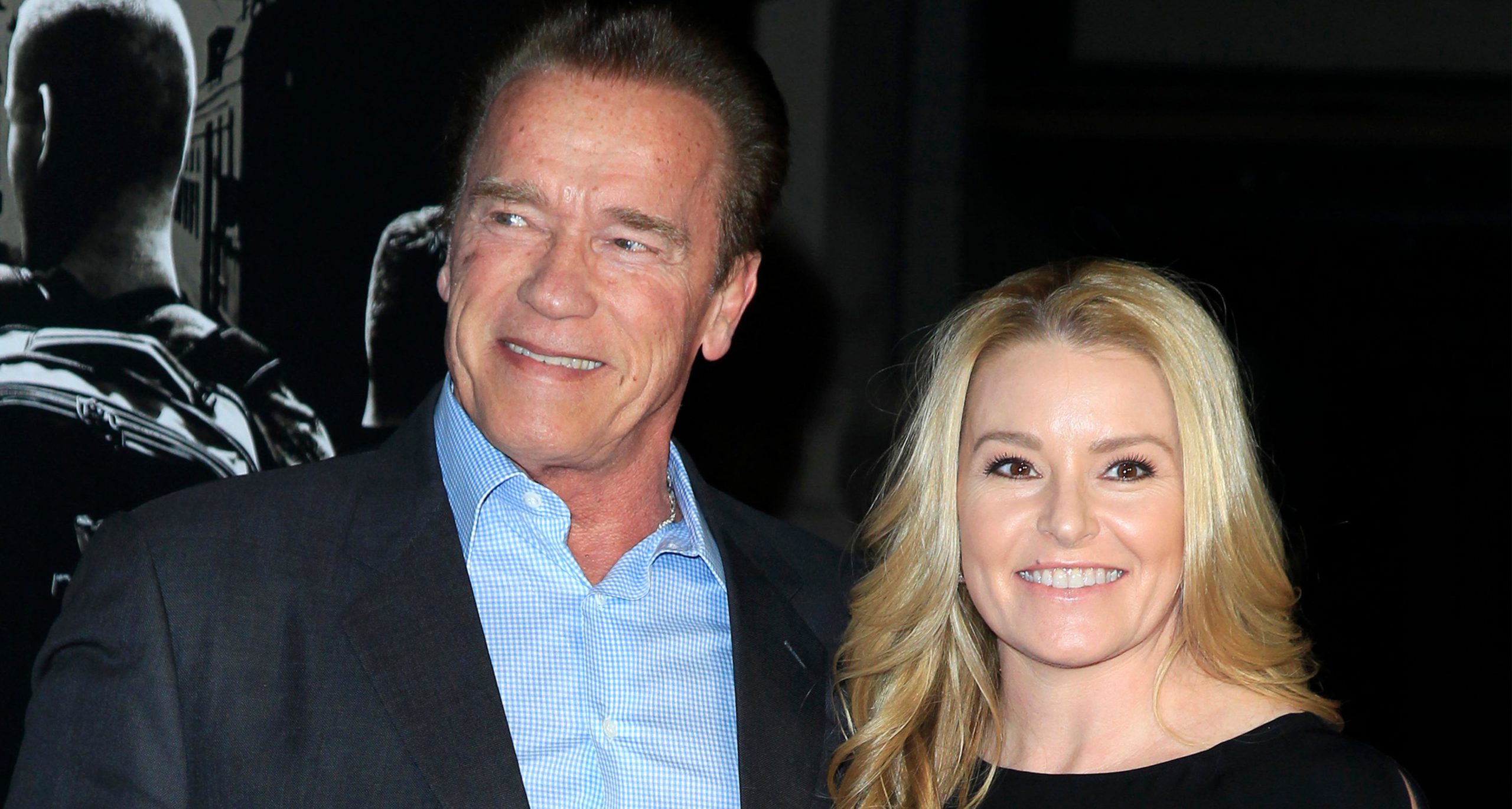 Both appear to be very interested in the world of sports, with Heather Milligan having her own practice named Elite Ortho Sport, founded in 2013.

According to her Twitter account, Milligan is a physical therapist who treats professional athletes for their injuries.

“I feel very fortunate, spoiled, that we have great patients and therapists that we get to work with,” she said on the Owens Recovery Science podcast in 2020. “It’s gone by fast.”

Even though Heather and Arnold have been together for many years, he’s not spoken publicly about her. We can only guess that he wants their relationship to be private, without the public and press getting a glimpse into their lives. In fact, she isn’t even seen on Arnold Schwarzenegger’s Instagram page. 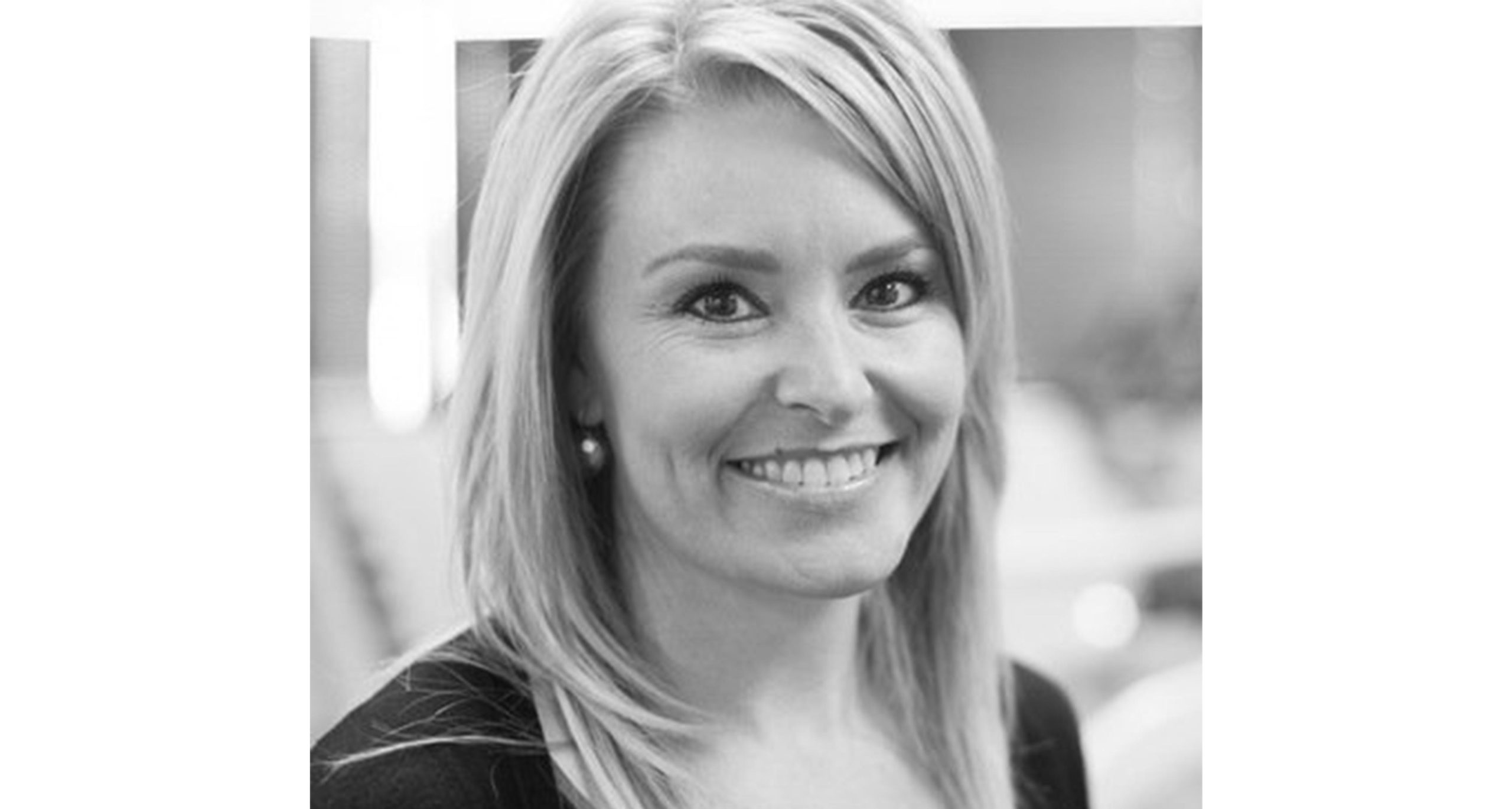 Since the former bodybuilder has lived nearly his entire life in the spotlight, we surely understand that decision. However, from pictures taken of the two lovebirds, it seems as they really enjoy each other’s company!

Arnold Schwarzenegger has done it all, and we’re so happy to see that he and Heather Milligan are doing great together. We wish them all the best in the future!