Not being able to pay rent and afford basic care for yourself and your family is something many people are experiencing, especially in today’s times.

This young family has been told to vacate their home with just seven days notice, and now it looks like they may end up on the streets.

Currently, Amy is pregnant with their fourth child. Sadly, the young couple live off benefits and have not paid rent for many months.

The pair were ordered to leave their home by January 31st. Therefore they are now waiting for them to break the door down.

“It’s that bad we don’t go out or anything because we’re worried. I’ve asked my family if they can help, they can’t help with accommodation because they’re only living in one bed and two bedroom houses.

The only person who is trying to help is my partner’s uncle but he lives down in Somerset.” 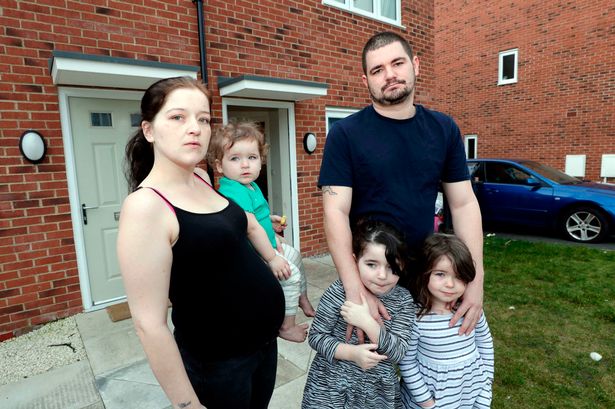 According to reports, nobody wants to help them

Amy told The Sun that the housing association said they would “put them on the streets”. According to the Barnsley Council, they have offered the couple options but they refused as it meant the family would need to split up.

Unfortunately, the home is owned by Sanctuary Housing, and neither of the pairs names are on the tenancy agreement. According to them, they have been living there with Victoria Robertshaw, Joshua’s mother. But she passed away from Covid in August last year at the age of 45.

The Council says they have done what they can

According to Yorkshire Live, a spokesperson for Sanctuary Housing has said that this was not a rash or sudden decision. The couple have lived in the home for months without paying rent. 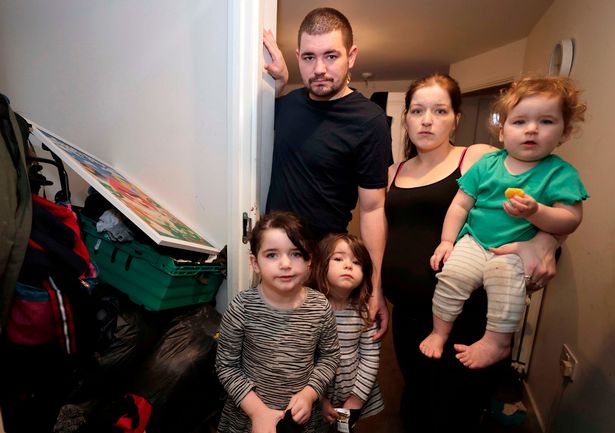 Image Credit: Huddersfield Examiner
“On Monday January 31, an Outright Possession Order for this property was granted by a judge at court which asks the occupants to vacate it within 7 days. The proceedings related to significant rent arrears that have built up with no rent being paid for several months. This despite our attempts to resolve the issue before going to court. “We have been liaising with Barnsley Council to ensure the occupants can access alternative accommodation as soon as possible, so this property can then be offered to a family who are currently waiting on Barnsley’s housing list.”

Barnsley Councillor Jenny Platts, added more. “Our housing team are continuing to work with the couple and are offering them advice around their housing options and support to consider alternative accommodation.”