Wendy Williams rose to fame through her unique DJ radio performances. She started working with radio in college. So when she launched The Wendy Williams Show in 2008, it was only a matter of time before heading to bigger stages.

Williams has lived a full life, but at the same time, she’s had a rather tough time on a personal level. She finalized her divorce with her ex-husband Kevin Hunter in 2020, and it turned out to be a complicated part of her life.

The couple was reported to have equal shares in Wendy Williams Production company, which meant the divorce settlement was becoming a big thing. Now, reports of what happened – and what Kevin Hunter got in the settlement – have surfaced. 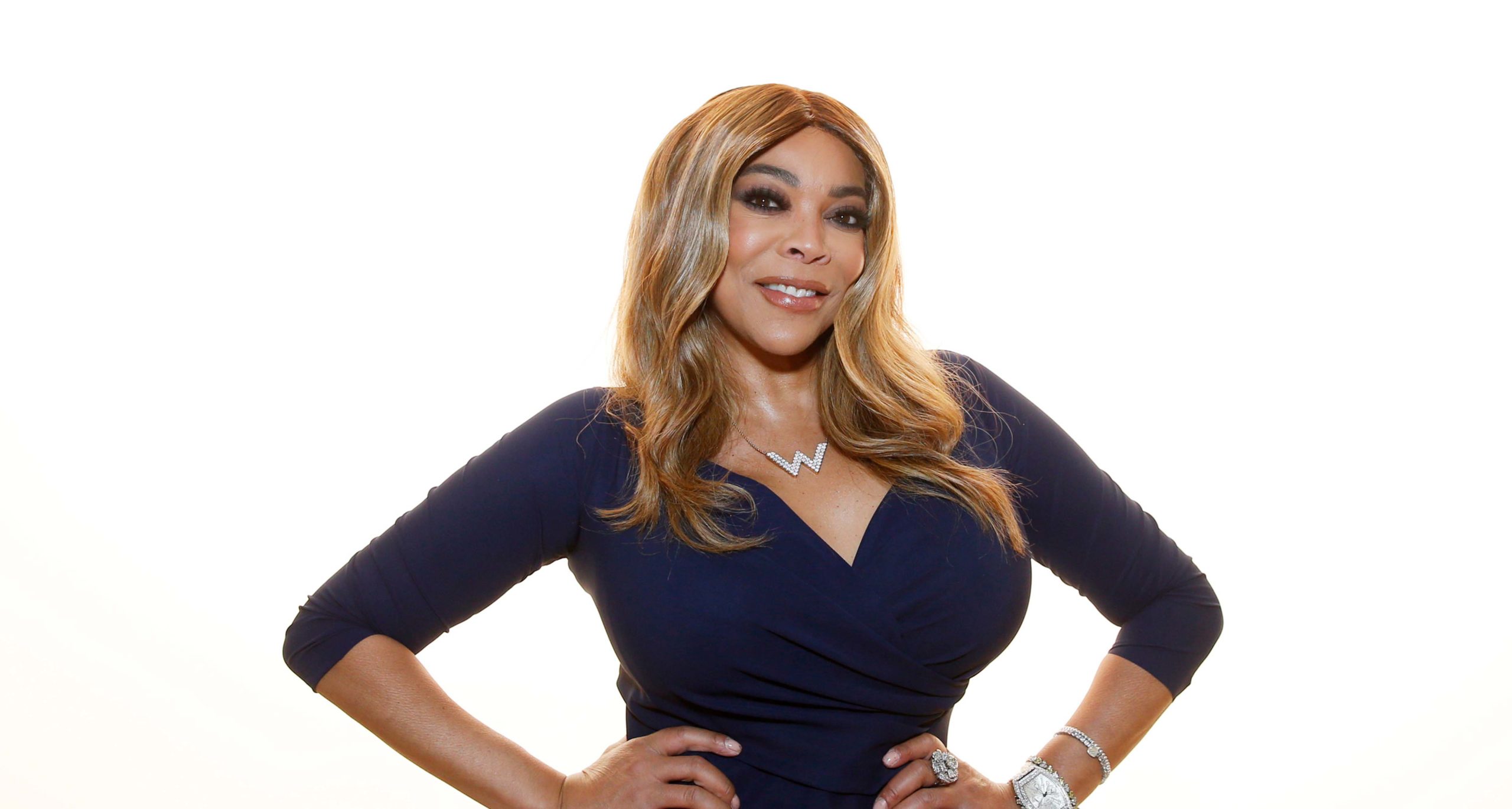 On July 18, 1964, Wendy Joan Williams was born in Asbury Park, New Jersey. Already at a very early age, it was clear that Williams stood out, but it wasn’t a good thing.

Wendy grew up with her parents, Thomas and Shirley Williams, and her two siblings. At age 5, the family moved to Ocean Township in New Jersey, where she spent the rest of her childhood days.

Even though she was young, Williams already had the characteristics of becoming a great radio presenter. She “spoke too loud, too fast, and too much.” However, school wasn’t her favorite thing, much because of how she was treated.

Williams was a rather big girl and stood 5’7″ in sixth grade. She wore size 11 shoes, and she was one of the only Black student at her school.

In her memoir, Wendy’s Got The Heat; Wendy Williams described herself as a “misfit” when growing up. Further, she explained that she was “the big girl in a family of perfect bodies.”

“I was a misfit basically from the time I came out of the womb,” Williams recalled. “My parents are perfect, my sister, Wanda, who is seven years older than I am, is perfect. My brother, Tommy, the only boy and namesake to my father, is perfect. Then there is me.” 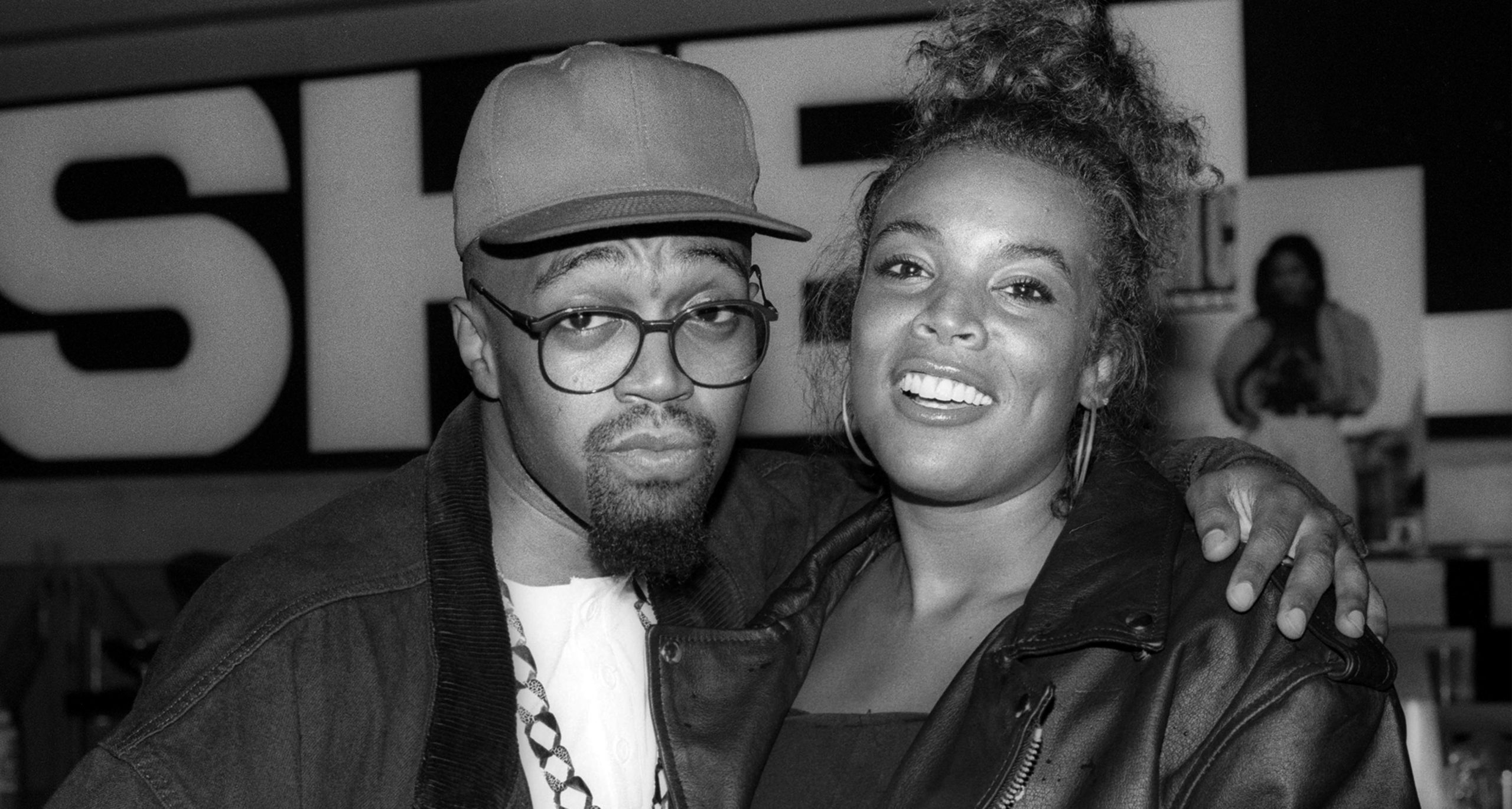 “I was an outcast in my own home, and when I got to school, I didn’t quite fit in anywhere there, either,” she added. “I was the Black girl in a practically all-white school. And among the handful of Blacks, I was the ‘white girl,’ the outcast.

“I spent most of my youth in my room, rocking back and forth for endless hours, plotting my future. I knew that one day my being different would pay off.”

She didn’t know it by then, but being different would pay off. Wendy Williams was in the Girl Scouts, played the clarinet in a marching band, and even competed in the swimming team in high school.

She decided to leave New Jersey and spent her college days at Northeastern University in Boston. There, she graduated with a degree in communications and a minor in journalism in 1986.

In her first semester of her first year, Wendy Williams decided to try something new. She got involved with the student radio channel WRBB 104.9 FM. From the start, Williams knew she wanted to become either a newscaster or radio personality, and at the station, she got to try it all. At that point, she realized hard work was the path to success. 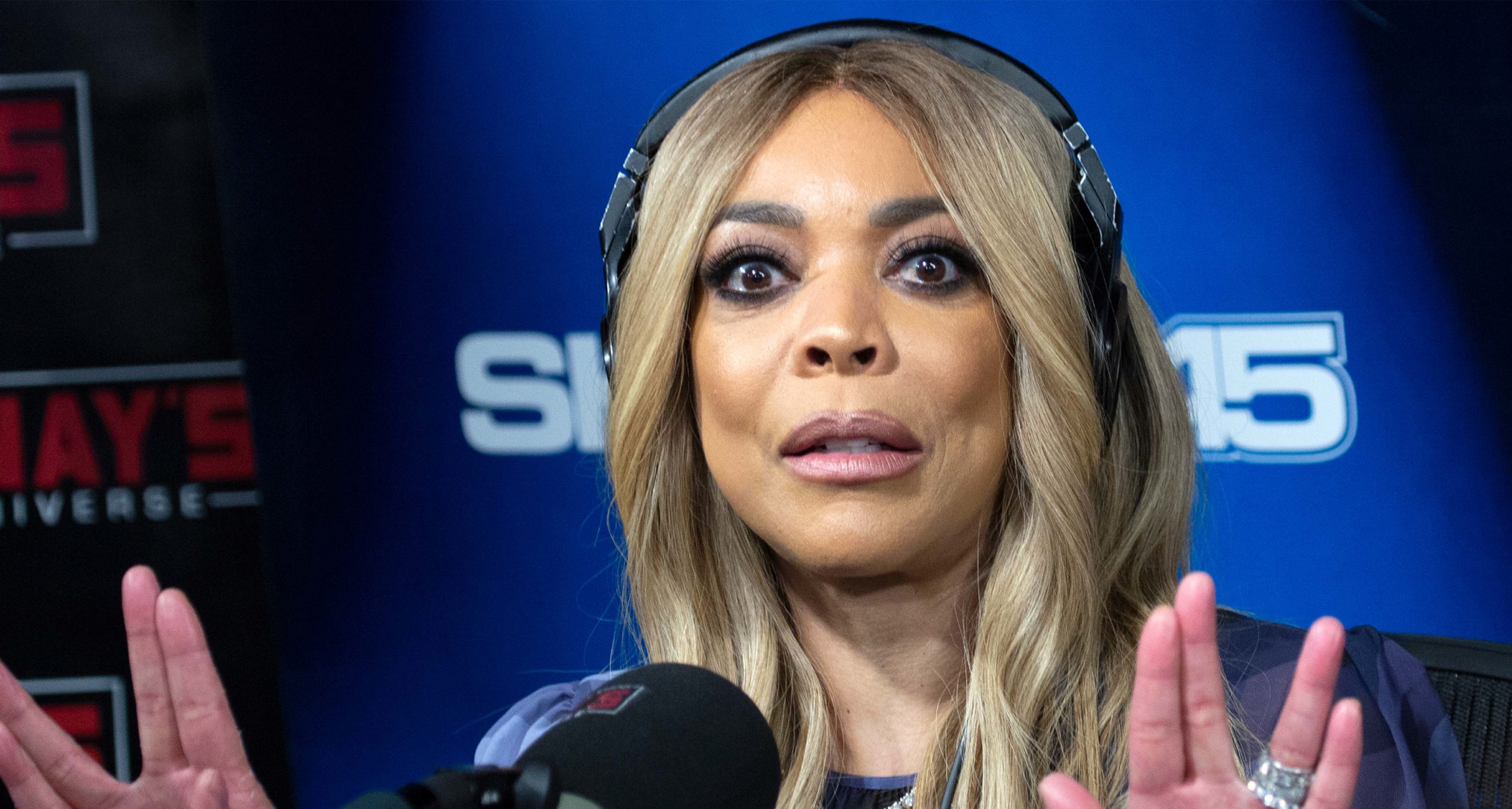 Trying new things can be scary, and that was the case for Wendy Williams as well, especially since she broadcast live, which didn’t end well the first time.

“I tumbled my chair on the floor”

And I went in, they put me on as a newscaster, as a matter of fact. When it was my turn and the DJ that was on at the time said, ‘at the top of the hour, here’s Wendy with the news,’ I tumbled my chair on the floor, purposefully, crawled out of the room on my forearms, and cried like a baby. First time I ever cracked a mic, and I was stupid at it!

Williams thrived at the radio station and went on to work at other stations while she still was studying.

In 1984, she got her first real job at a radio station, working as an intern for Matty in the Morning on KISS 108 in Boston.

“I would go into the studio with some sort of flair—a sparkly jacket or nails. One day the host goes, ‘Our intern, Wendy, is here. Wendy, let me see your nails. Wait, get on the mic, nobody can hear you.’ And I’m like, Perfect, got him!” she recalled. 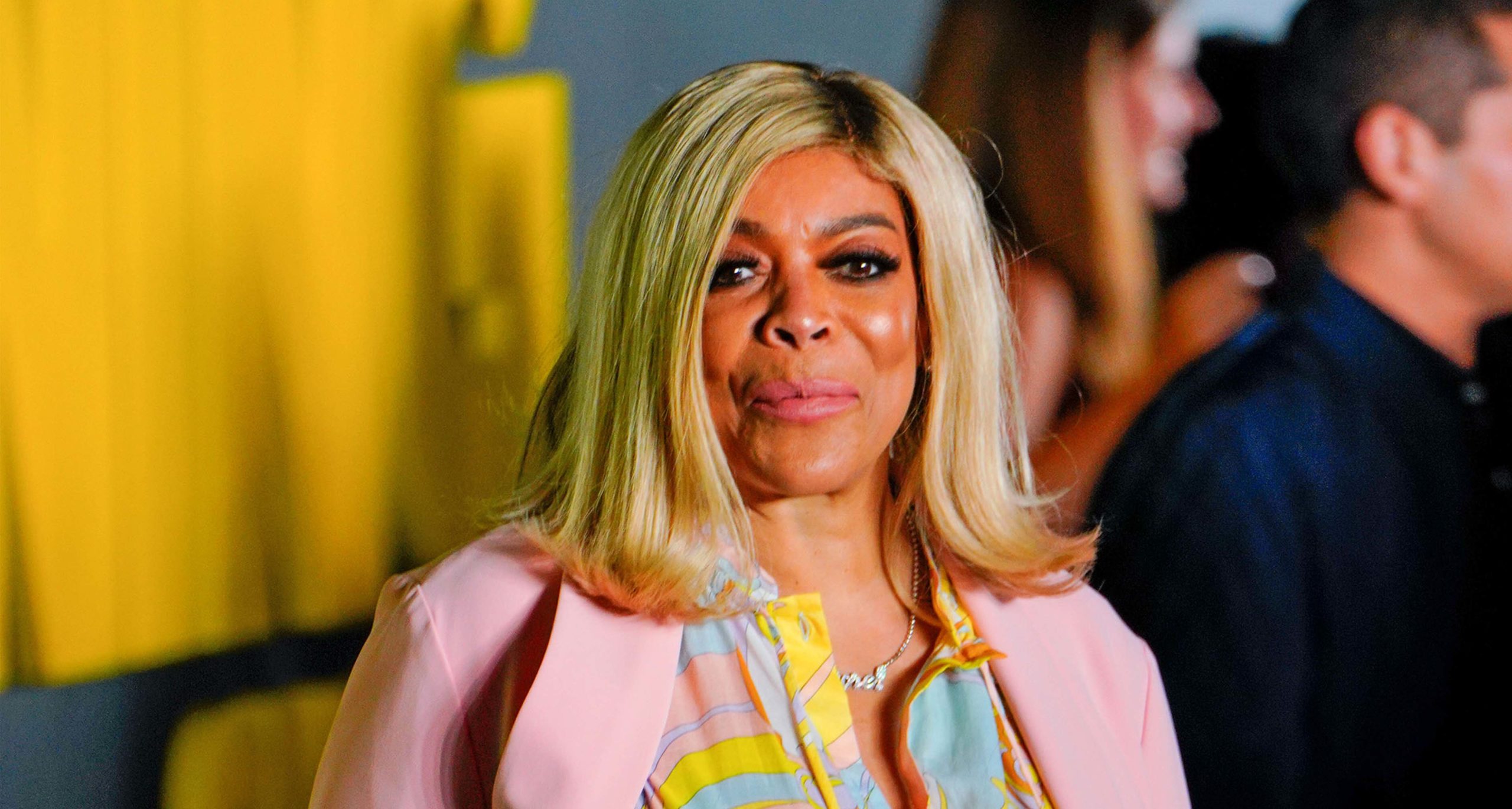 Williams became a DJ, and in 1989 she moved to New York City to work at 98.7 KISS FM as a fill-in DJ. Not long after, she was hired full-time and became a regular on the radio station’s morning show.

As Wendy Williams had mastered her radio DJ-work, she transformed more and more into a radio celebrity host. She did more daytime radio shows as a host, interviewing celebrities and other personalities.

Williams worked her way up through different stations and shows. In 1993, she earned a Billboard Radio Award. In addition, she was honored as the R&B Major Market Radio Air Personality of the Year.

So what was so special about Wendy?

She was a fantastic radio journalist, having her way of doing things. She always gave listeners advice and shared details of her own life. But, foremost, Williams didn’t apologize or ask her guests soft questions, which was undoubtedly a very appreciated trait amongst the listeners.

After working on several other radio stations in New York and Philadelphia, Wendy Williams switched out the microphone for a television camera. She became the host of The Wendy Williams Experience on VH1, which became a top-rated, nationally-syndicated show, reaching over 12 million people daily. 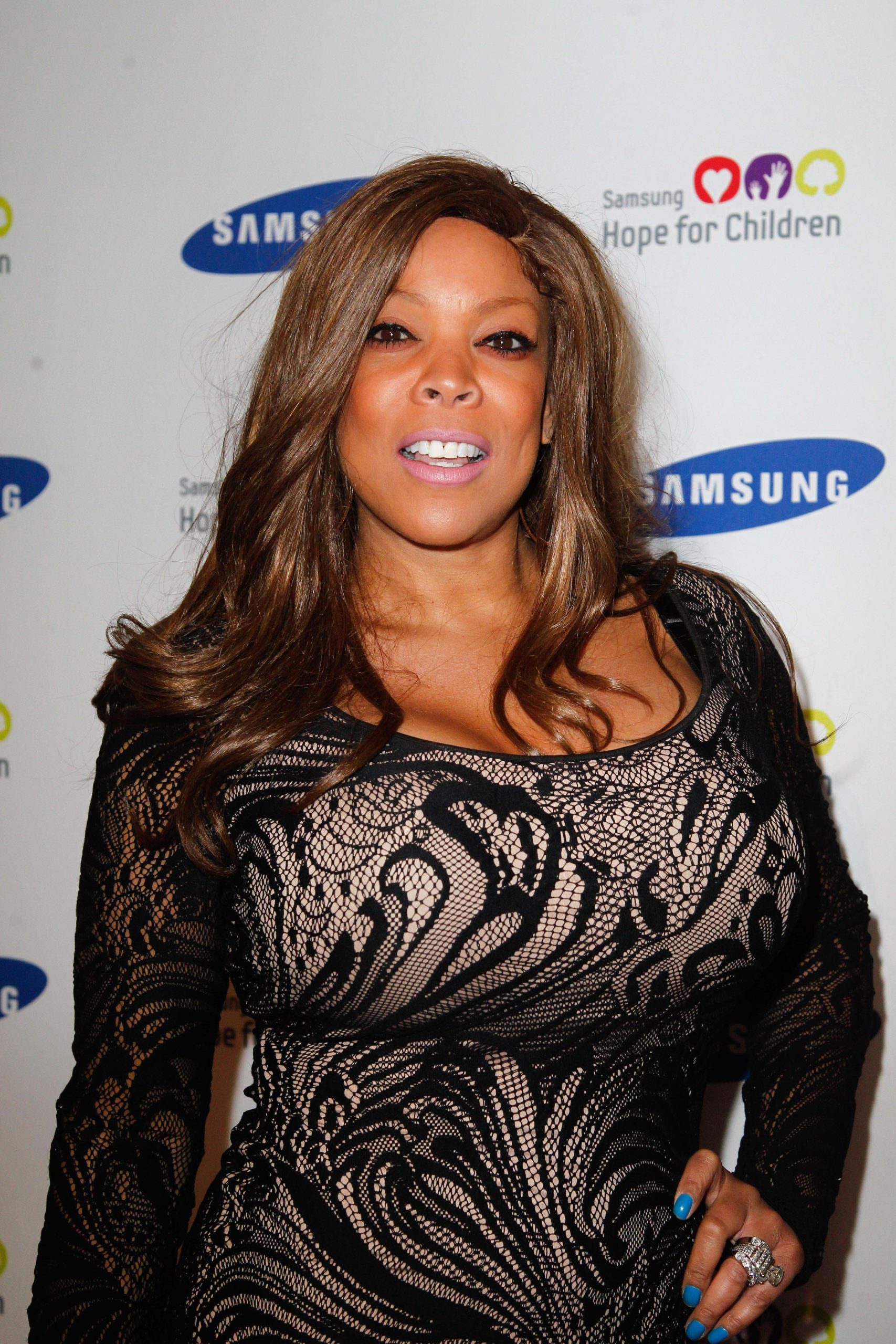 In 2009, she debuted as a daytime television host on her talk show, The Wendy Williams Show. She ended her radio show the same year and was inducted into the Radio Hall of Fame.

“I got here through being pretty popular on the radio,” she said at the time. “I’m just Wendy from the radio, a girl from Jersey who had a dream.”

The Wendy Williams Show became a huge success, and Williams rose to even higher levels of fame. She was nominated for an Emmy for Outstanding Talk Show/Entertainment four times.

It was renewed through the 2021-2022 season, but what happens in the future has yet to be decided. Nevertheless, Williams has had her hands full the last several years, writing several books and published pieces in The Boston Globe, The Wall Street Journal, and The New York Times, among other newspapers. Williams has also done standup, acted in movies, and appeared in a Broadway production of Chicago.

But most importantly, Wendy Williams also found love in Kevin Hunter – which unfortunately ended in a divorce – and welcomed her beloved firstborn son. 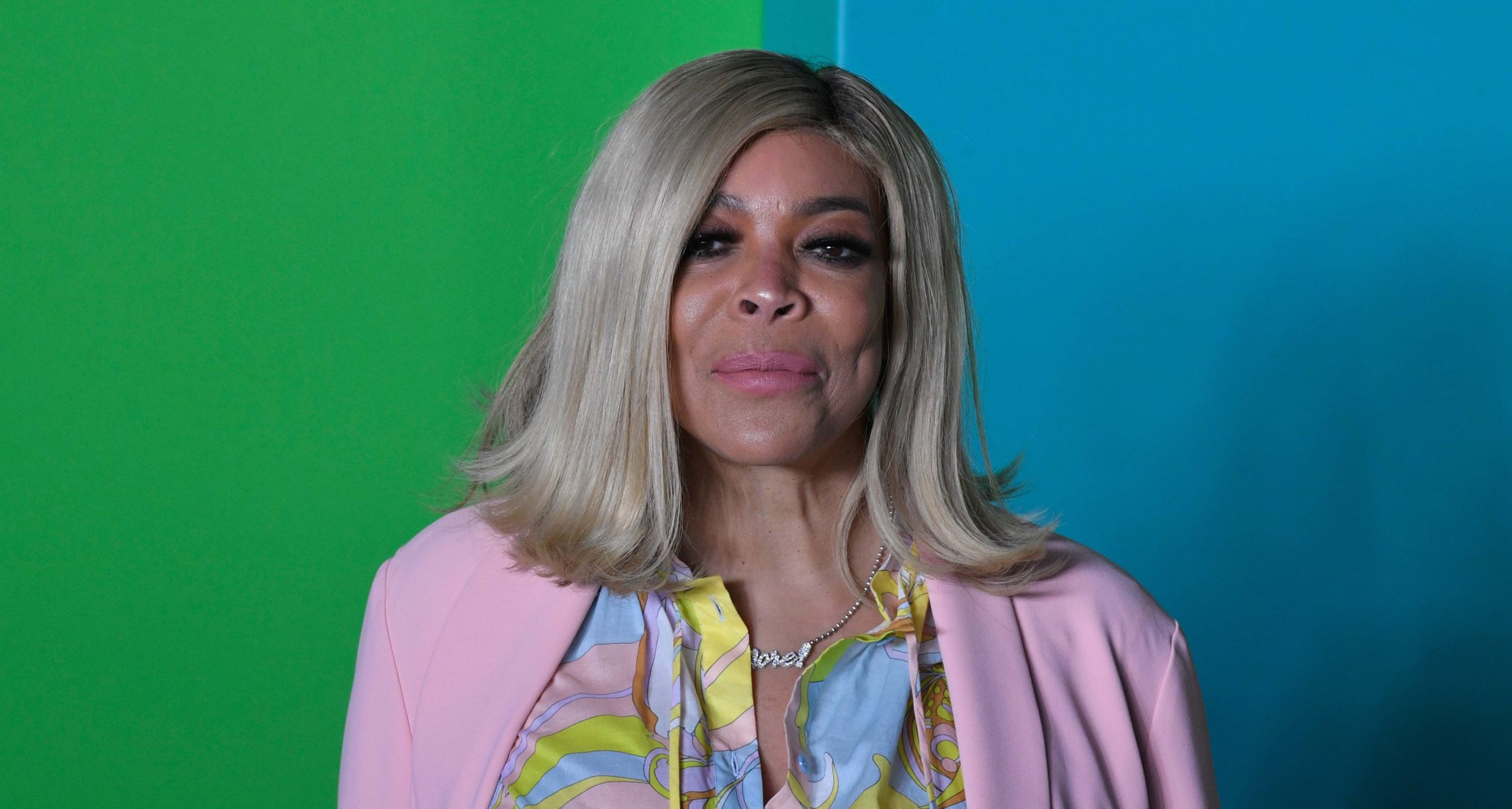 Wendy Williams was married once before she met Kevin Hunter. She wed a man she referred to as Robert Morris III in her 2003 autobiography Wendy’s Got the Heat. However, not much is known about him besides the fact that he was a salesman. They married in 1994 but divorced just two years later.

The couple was married until 2019, and when looking at other celebrity couples in show business, that is undoubtedly a pretty long time.

Even though Williams and Hunter were married for more than 20 years, they still had plenty of drama and scandals.

In 2001, just four years after the couple got married and one year after their son was born, Kevin Hunter was unfaithful to Williams. At that point, she could’ve easily left but chose to forgive him instead. 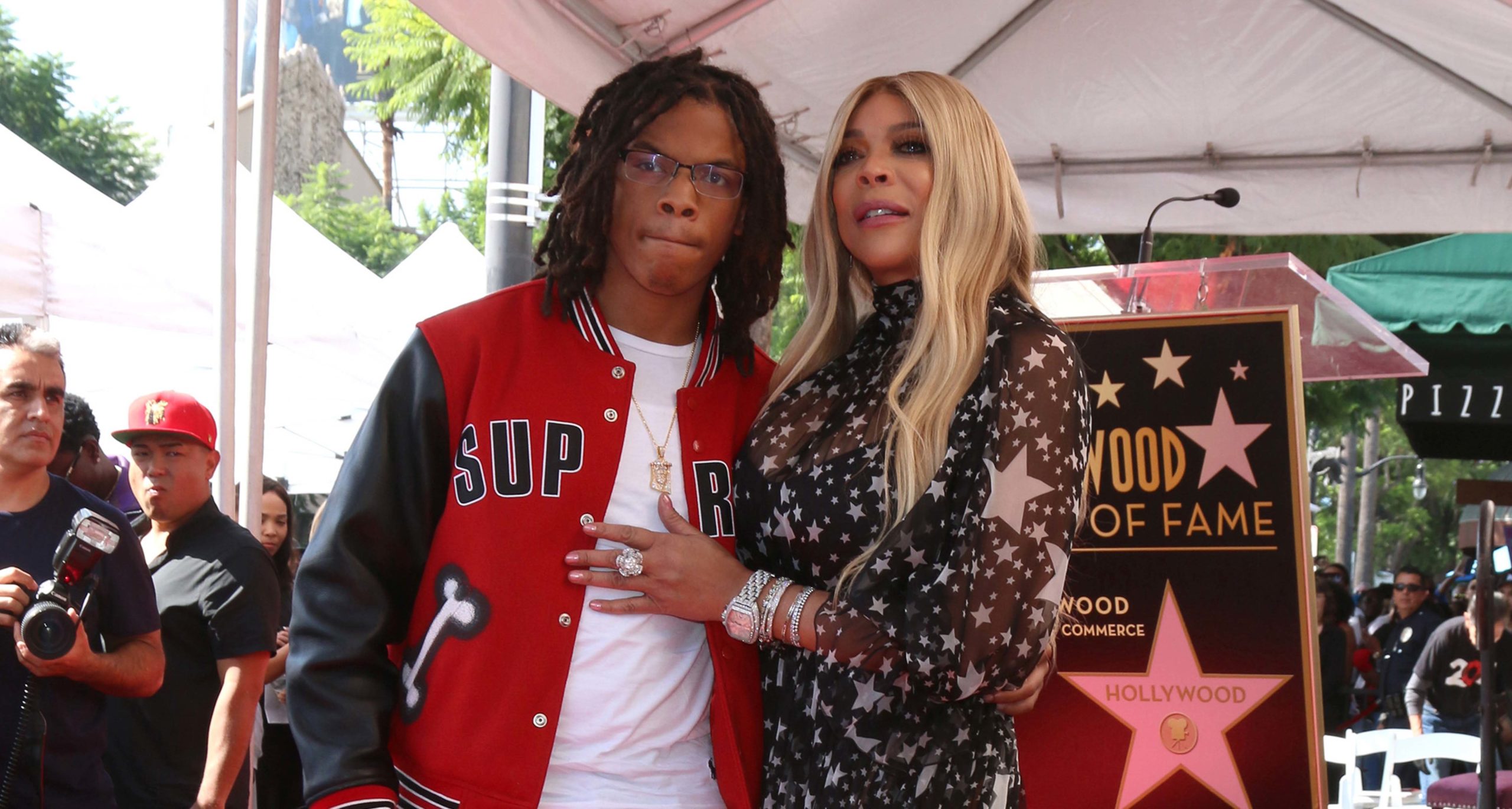 Later on, Wendy Williams told VladTV that she didn’t regret the decision.

“If you told me when I was 25 years old or 30 years old that I would stay around for a cheater, I would have been like you are lying,” Wendy Williams explained.

“I’ve got way too much to offer a man to stick around for him cheating on me. At that particular time, I had my career in radio, I was making a great salary, I had vacation property of my very own, and the world was my oyster, so I definitely thought I wasn’t staying around for some cheating. But I did, and I don’t regret it.”

When asked at what point in her 21-year marriage she felt like her happiness had become compromised, Williams emphatically said, “the second year because that’s when I finally got successfully pregnant with [my son] young Kevin and gave birth to him.”

However, in 2017, a more significant allegation made its way around news outlets with reports that Kevin Hunter had been cheating on Wendy Williams with a massage therapist named Sharina Hudson. Further, several other allegations were made against Hunter that were more serious. Williams spoke about the accusations on her television show, saying she stood by her husband.

“He’s my best friend, he’s my lover, he’s all this, and he’s all that,” Williams said. “Anybody who’s been married for five minutes or 500 years, you know marriages have ebbs and flows. Marriages are not easy.”

It was widely reported that Kevin Hunter was also expecting a baby with Hudson. When Williams and Hunter divorced, she said the reason was Hunter’s illegitimate child, and further, that she’d known about his indiscretions for years. 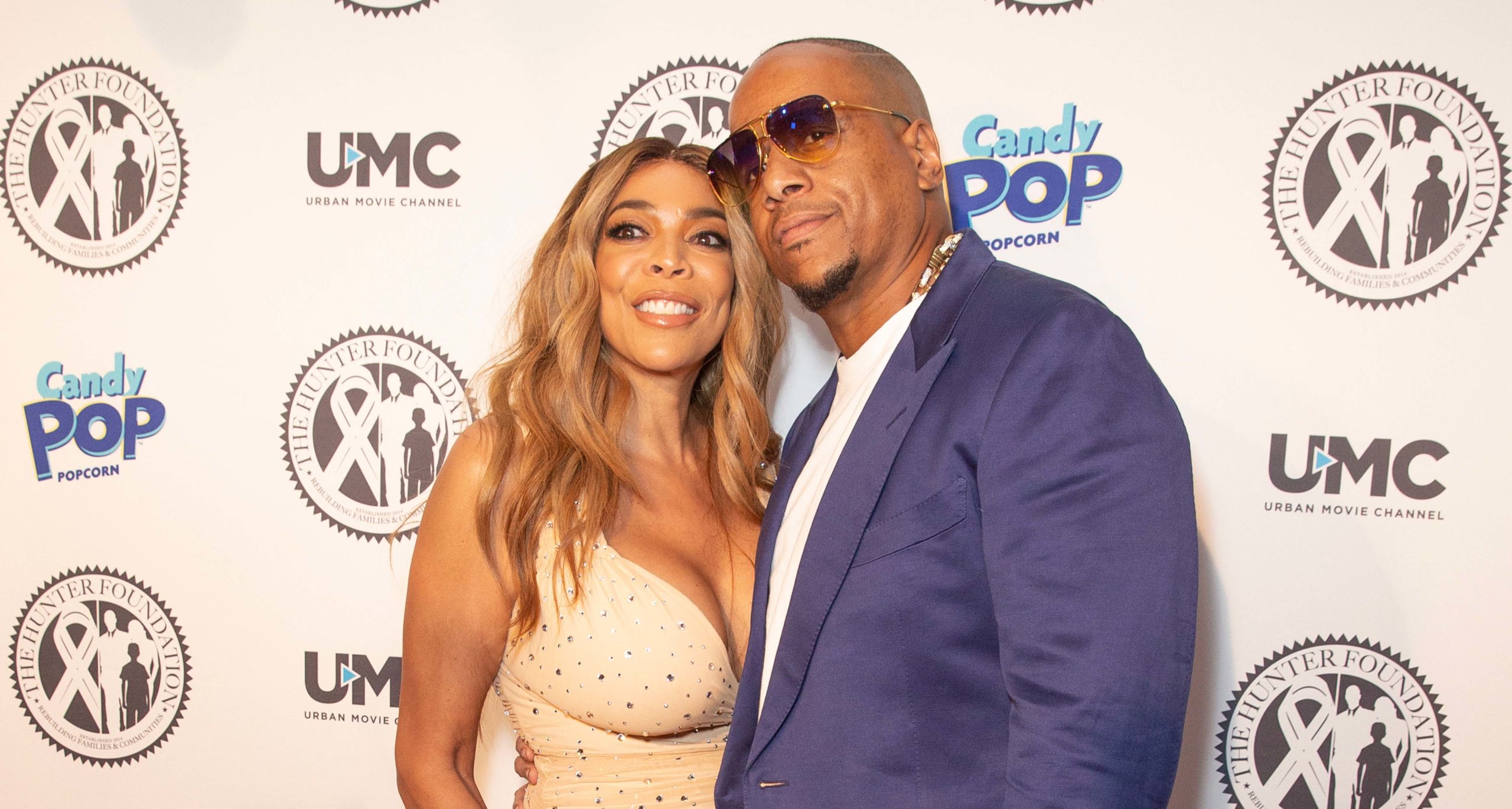 After the split, Williams decided to be independent, firing Hunter as her manager. He was also let go as a producer on her television show, The Wendy Williams Show. But in the end, Hunter didn’t end up empty-handed, he was given a severance package.

As reported by Page Six, Williams and Hunter decided to split the proceeds for their home in New Jersey. It was initially listed for $1.9 and later reduced to $1.7 million. Further, Wendy gave Kevin $250,000 to get a new home as they split. He also got to keep the proceeds from another home he owned in Morristown, New Jersey, as well as his Ferrari and Rolls Royce.

So what happened to Wendy Williams and her company? According to Page Six, the couple had equal shares in Wendy Williams Productions Inc., but according to the settlement between the two, Wendy became the sole owner. First, however, she had to pay Kevin Hunter for his share.

Wendy Williams still kept Kevin in on her $1 million life insurance policy which will be left to him if she passes away. Also, she will continue to cover Hunter’s health insurance.

According to Celebrity Net Worth, Wendy Williams has a net worth of $40 million.

Lastly, Page Six reports that Wendy Williams was to keep all the money in their joint bank account, and the two agreed to pay their legal fees and no alimony.

Wendy Williams has had a very long and successful career. Share this article on Facebook if you also enjoy her shows!

Elvis Presley’s grandson has grown up, now he looks strikingly like his grandfather, the King of Rock ‘n’ Roll
Courteney Cox says she was hurt being the only ‘Friends’ star not nominated for an Emmy