Steven Seagal has lived a very tumultuous life. Always on the move and living in different parts of the world, the well-known actor initially took a step into the world of showbiz through a leap of faith.

Seagal has acted in some very high-grossing films and was once one of the biggest action stars around, only to fade into relative obscurity. So what happened? And what does he look like now?

Here’s all you need to know about Steven Seagal!

Steven Seagal became an adult very quickly, leaving his home country before his 18th birthday. Since then, the  6ft 4 actor, musician, and cop(!) has done it all, becoming a film star as well as a martial arts master.

But though it might seem like Seagal’s life has only been one of happiness and prosperity, he has endured several rough periods as well. Today, he might look pretty unfamiliar to you.

Here’s all you need to know about Steven Seagal – and why he’s gone from the spotlight. 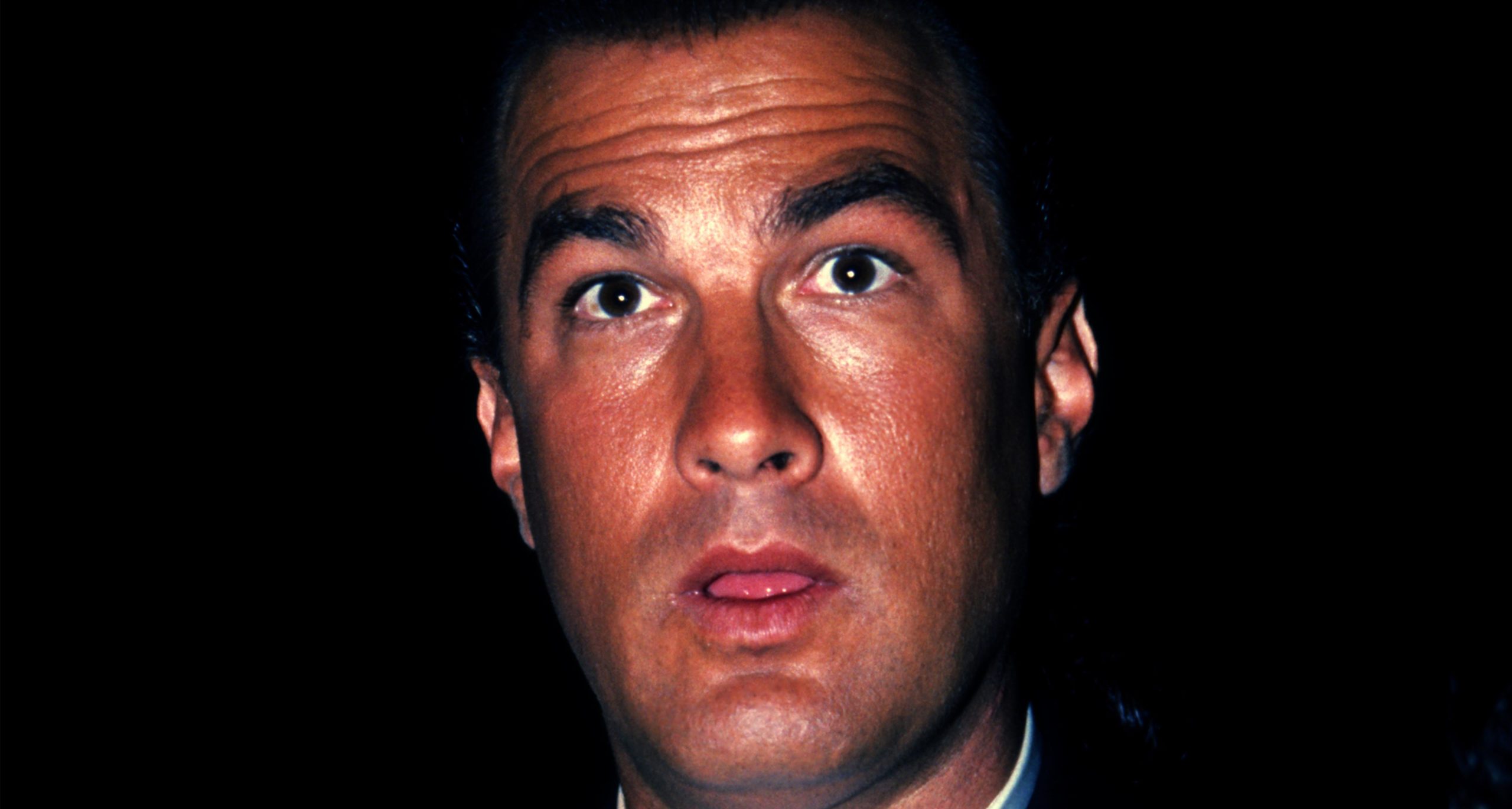 Steven Seagal was born on April 10, 1952, in Lansing, Michigan. His mother, Patricia, worked as a medical technician and his father, Samuel, was a high school mathematics teacher.

At a young age, Seagal was very interested in music. He oftentimes listened to the blues, which would influence him all his life.

“I got my first guitar when I was 12,” he explained. “The blues got into my blood, you know. I started to imitate them and tried to learn from them.”

Not only was Seagal interested in the art of music, but he was also very interested in martial arts, and it was actually a lie that first took him down the path of karate.

At the age of 5, his family moved to Fullerton, California. Now, Steven Seagal had asthma and was very frail as a child.

“He was a puny kid back then. But he really thrived after the move,” his mom told People of her son’s childhood.

Seagal reportedly lied about his age to get a job as a dishwasher at a restaurant. The chef, who knew karate, thought Seagal was very swift on his feet and decided to teach him.

Following studies at the local high school, Seagal decided to leave the US at the age of 17. He moved to Japan in 1968 to teach English and further practice martial arts. 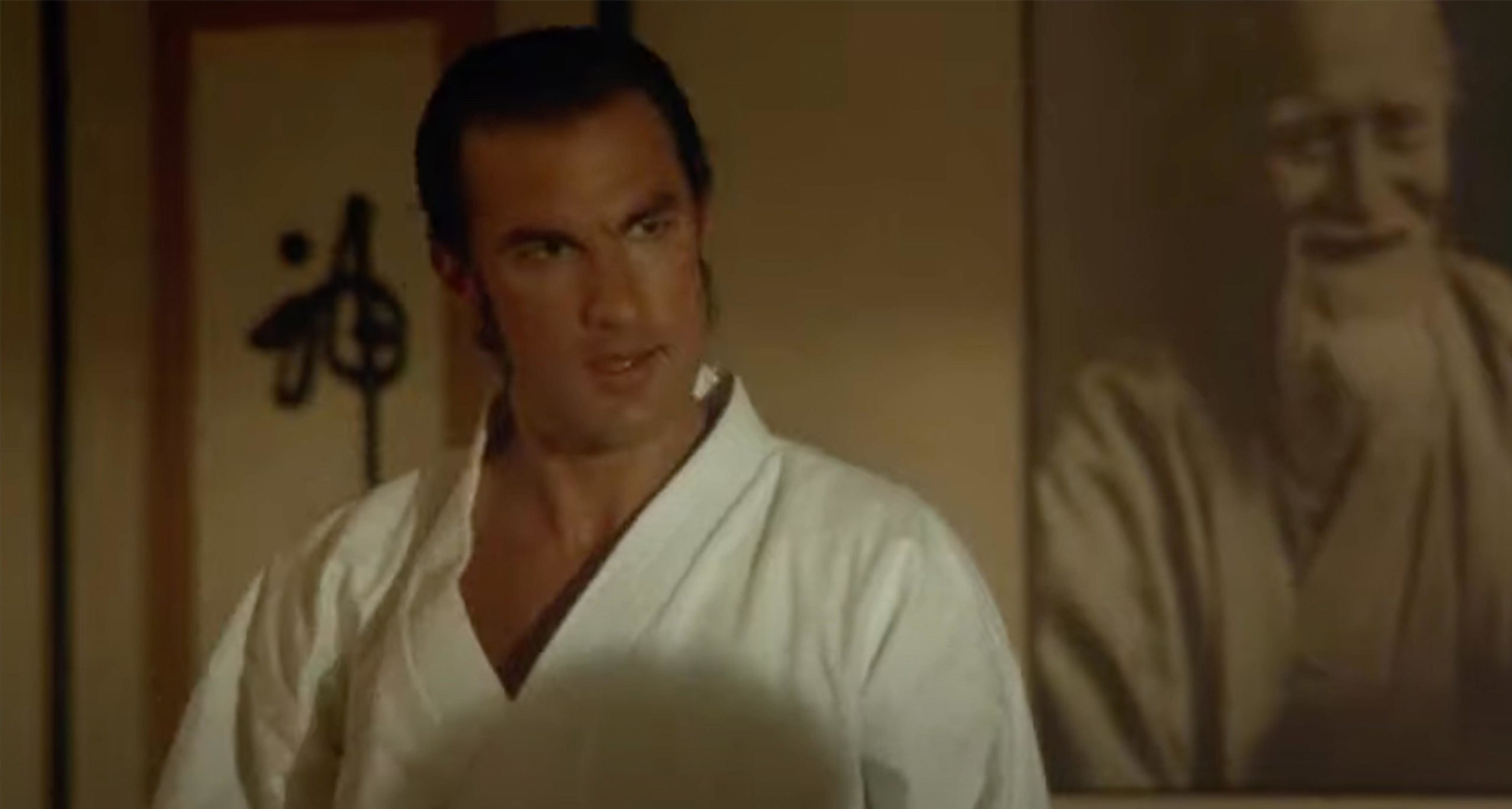 Seagal became a devout student of martial arts, educating himself each day. He stayed in Japan for 15 years, and by the end of his stint had become a very well-respected figure in the field.

Seagal steadily transformed into something of a celebrity, appearing in many martial arts magazines. Furthermore, he became the only Westerner at the time to operate his own dojo – a “school for training in various arts of self-defense” – in Japan.

In the beginning, however, Seagal had a tough time being a Westerner who had moved to Japan to learn martial arts. Seagal explained that many Westerners thought you just could pay someone to learn a few moves and then go back to America to teach what you’d learned.

But it wasn’t that easy.

“You have to understand that the way to enlightenment is through deprivation. They create an environment where you’re not getting any approval for all the work you’re putting in,” Seagal told the Los Angeles Times in 1986. “You’re not getting any sleep or love or attention, you’re getting your butt kicked and you’re up before anyone fixing meals and cleaning.” 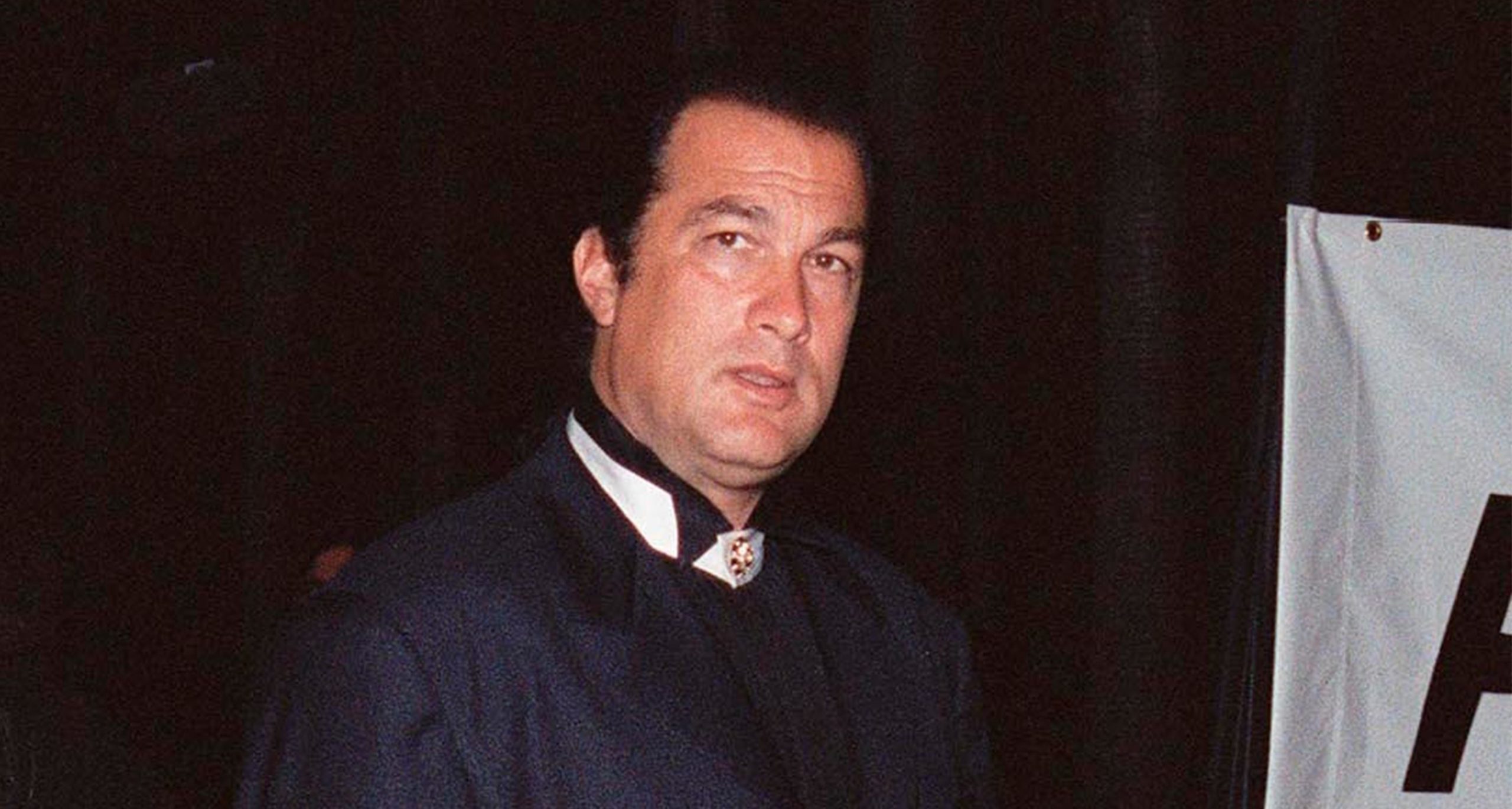 “They push you to your limit and when you are so deprived and so hungry for everything, a little window opens up in your mind that when they do give you something you’re going to get it, understand it, appreciate it, and you’ll understand some of the mystical deeper meaning that starts to become available to you.”

“The martial arts have to be an endeavor in which you’re trying to develop the physical man and perfect the spiritual self at the same time,” he added. “If that you’re doing is devoid of the spiritual essence, i’s nothing but street fighting.”

Seagal stayed in Japan for 15 years before moving back to the US in 1984. He opened up his own dojo there alongside stuntman Craig Dunn.

At first, he was shocked by the fact that teachers in the US were teaching a “fast-food approach” to martial arts. He even criticized the films of legendary actor Chuck Norris because of his martial arts skills.

Seagal decided to do something about it, and started teaching martial arts on his own. After a while, he decided to leave New Mexico for Los Angeles to pursue the dream of becoming an actor.

Alongside a senior student, Haruo Matsouka, who he brought with him from Japan, Seagal opened up an Aikido dojo in West Hollywood. At the same time, he worked as a martial arts coordinator.

The martial arts master worked on films such as The Challenge (1982), starring Scott Glenn, and the James Bond film Never Say Never Again (1983) with Sean Connery. 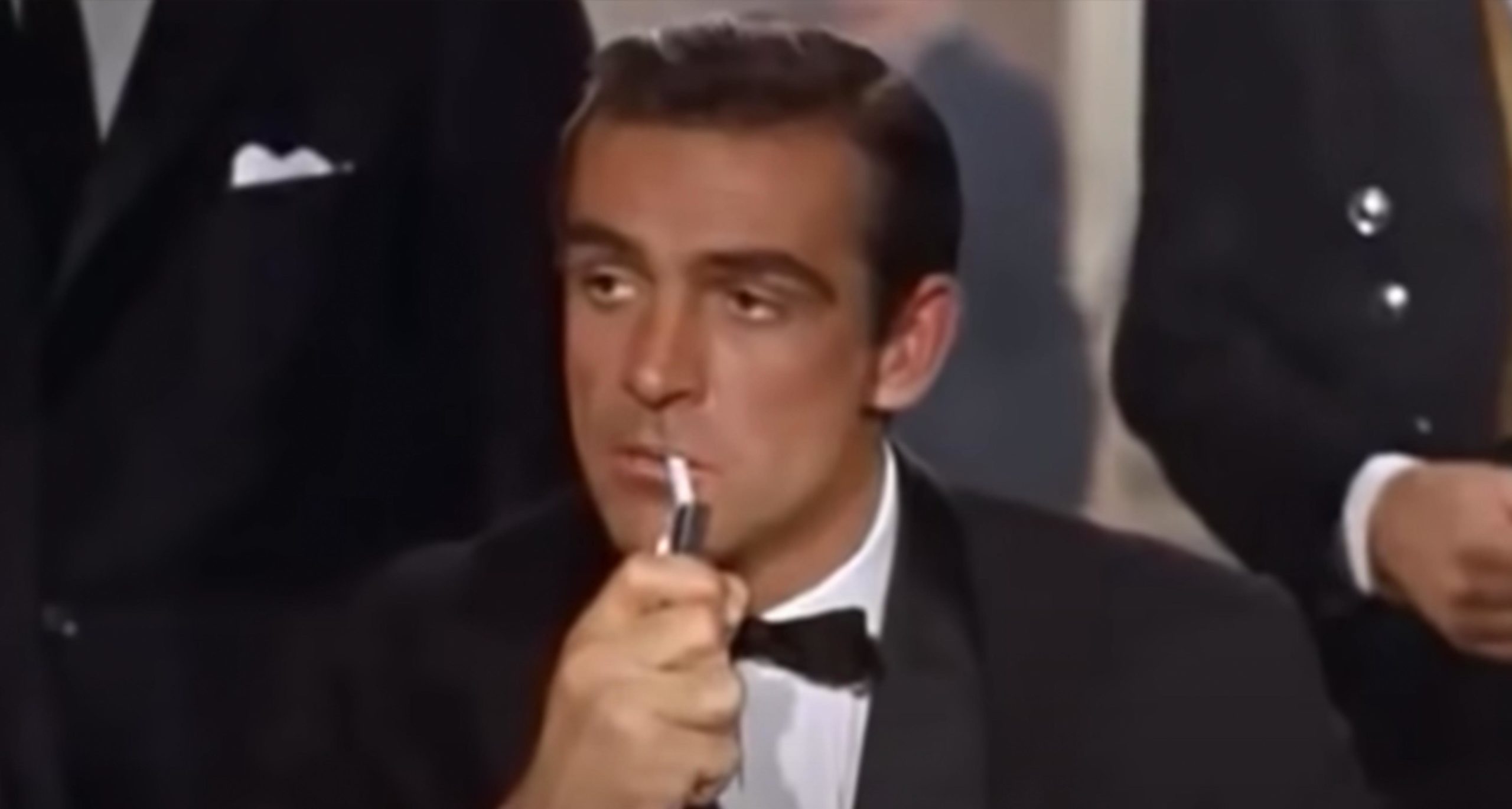 Never Say Never Again was the final Bond film starring Connery. But working with Steven Seagal on the film turned out to be quite a painful experience.

Connery was reportedly a trained black belt in karate. But when the Bond actor got “a little cocky” with his moves, Seagal made it clear that it wasn’t OK.

“We were going to do a film called Never Say Never Again and there was a possibility I was going to do Aikido and what have you,” Connery said while appearing on The Tonight Show with Jay Leno in 1996.

“I got ahold of Steven and we had this training in the building where I had an apartment and he was really very, very good and everything. And I got a little cocky because I thought I knew what I was doing because the principle is its defense, so it’s a pyramid and I got a bit flash.”

“I did that – and he broke my wrist,” Connery said, raising his hand to his face. He claimed that he never realized his wrist was broken until years later.

At this time, Seagal worked on films, but was never in them himself. Instead, he decided to become a bodyguard to different celebrities. One of them was Kelly LeBrock, who would go on to become his future wife. 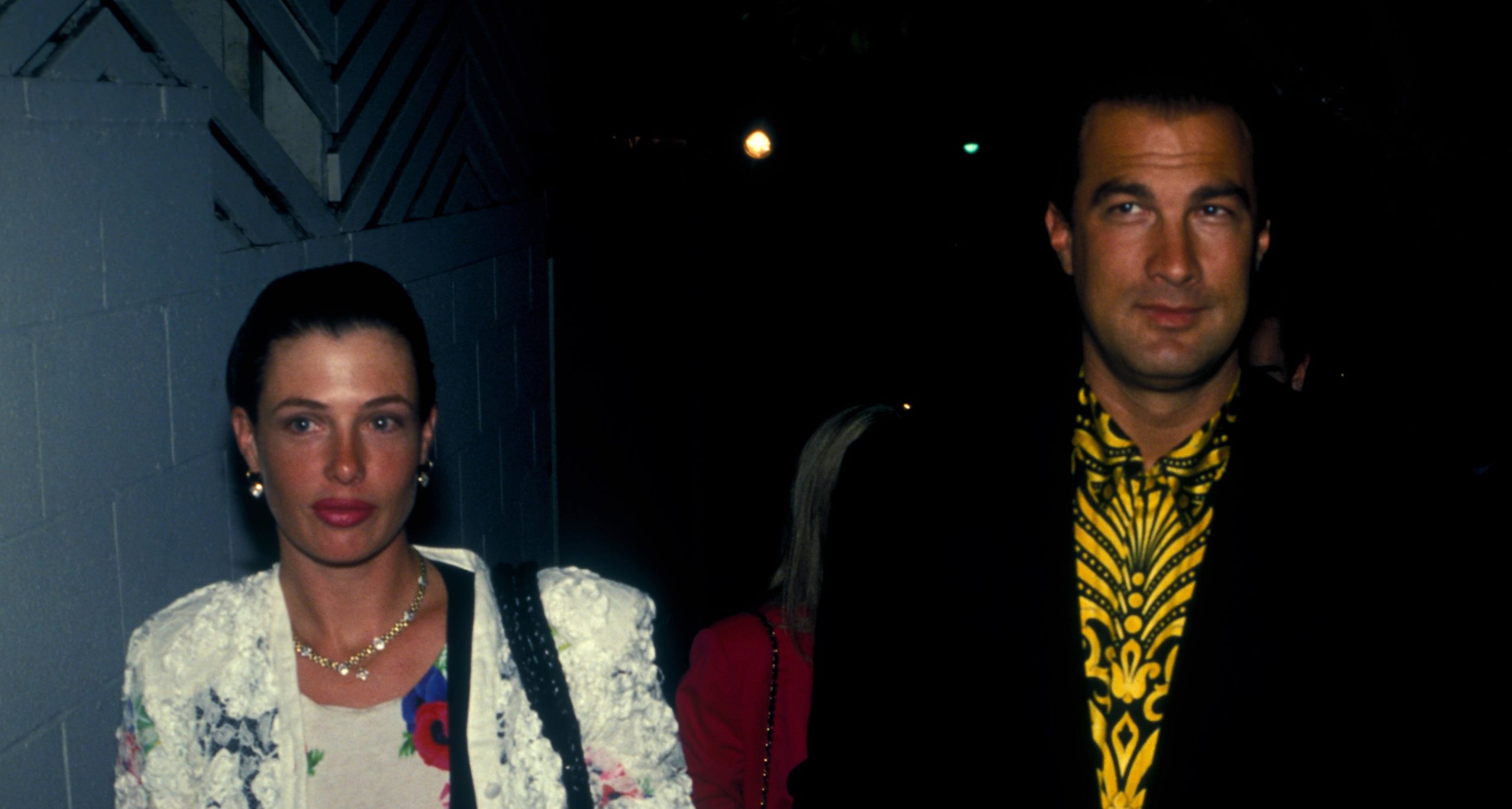 Seagal also worked as a bodyguard for Hollywood agent Michael Ovitz. He would become another very important person in Seagal’s life.

Ovitz – a big martial arts fan – was impressed with Seagal’s martial arts abilities and thought he would be great on-screen.

He decided to personally pay for Seagal’s screen test with Warner Bros – and the executives were very impressed. On a deserted studio sound stage, Seagal displayed his aikido master skills. The studio heads could hardly believe what they were seeing.

“The demonstration was quite miraculous,” Warner Bros. President Terry Semel told the Los Angeles Times in 1988. “With just a toss of his hand, Steven would send the other guy flying. I’m no martial-arts expert, but he had the ability to knock these guys up in the air so effortlessly–well, it was pretty astounding.”

They thereafter signed Segal to his first film Above the Law.

“Michael has been one of Steven’s major supporters,” Semel explained. “He went far beyond the role of just being Steven’s agent. In fact, with the type of superstar client list Michael has, you wouldn’t normally see him work so closely with a first-time actor.

“But he really believes Steven can be a star. Michael knew Steven from the world of martial arts, where Steven is apparently something of a celebrity. 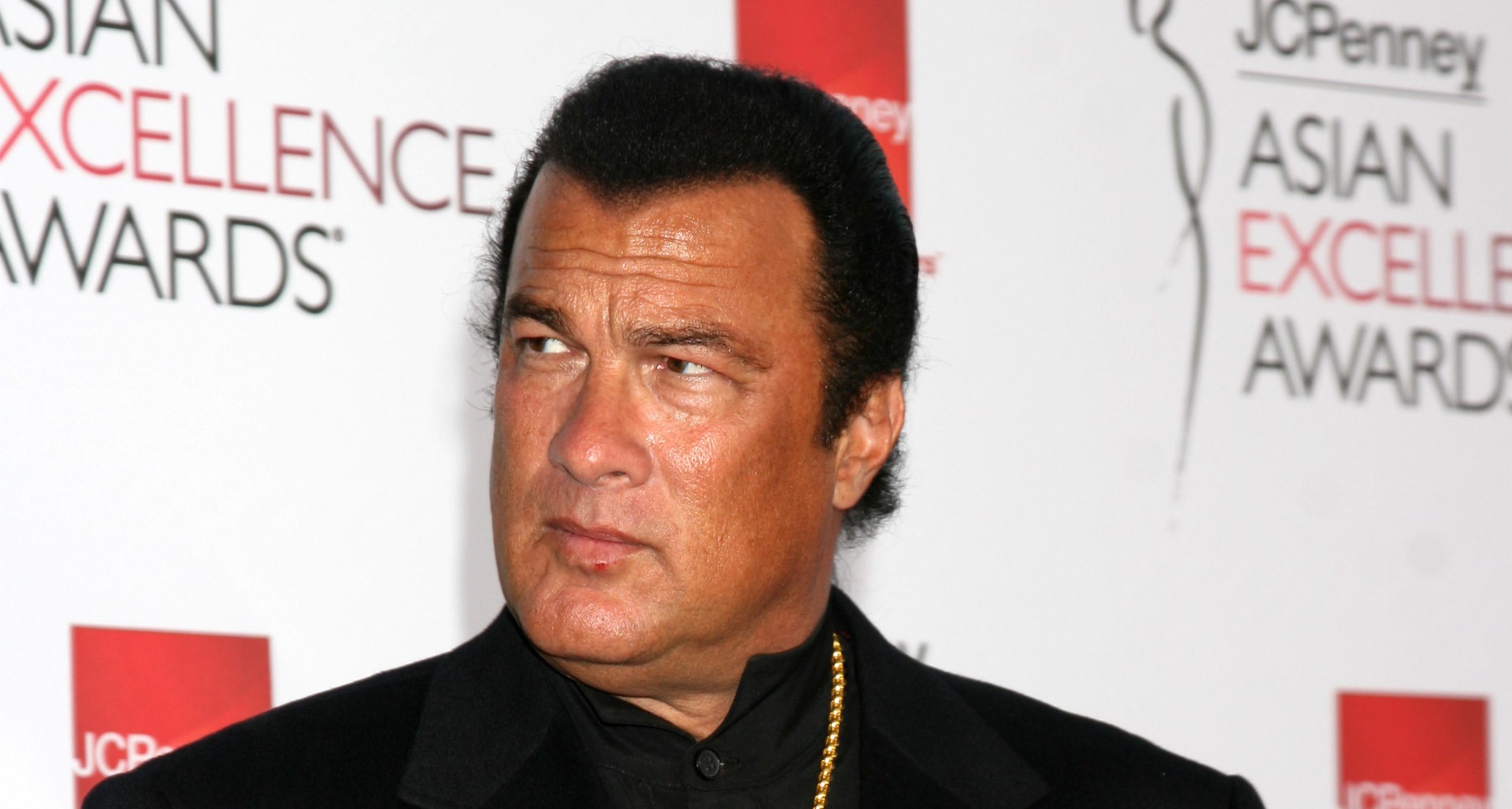 “Michael and I are very close–we love each other,” Seagal said. “I’m like a guru to him.”

What is Steven Seagal doing today?

Steven Seagal turned into a well-recognized action film star overnight. In the 1990s, he starred in films such as Under Siege (1992) and Under Seige 2 (1995), playing the role of the Navy Seals counter-terrorist expert Casey Ryback. The film grossed $160 million worldwide and made Steven Seagal an international star.

To date, Steven Seagal has worked on more than 50 productions as an actor. Despite that, he’s never really cracked the top shelf of the Hollywood celebrity list.

So what is he doing today? Well, it turns out that he isn’t living in the US anymore – but in Russia. According to News24, the US government is trying to collect $200,000 which the actor owes for “failing to disclose he was being paid to promote a digital token.”

According to The Sun, Segal was granted Russian citizenship in November 2016. Two years later, the Russian foreign ministry gave him a job titled “special representative for Russian-US humanitarian ties”. The position is reportedly unpaid.

Of course, Seagal is hardly short on money – his net worth is around $16 million, according to Celebrity Net Worth. 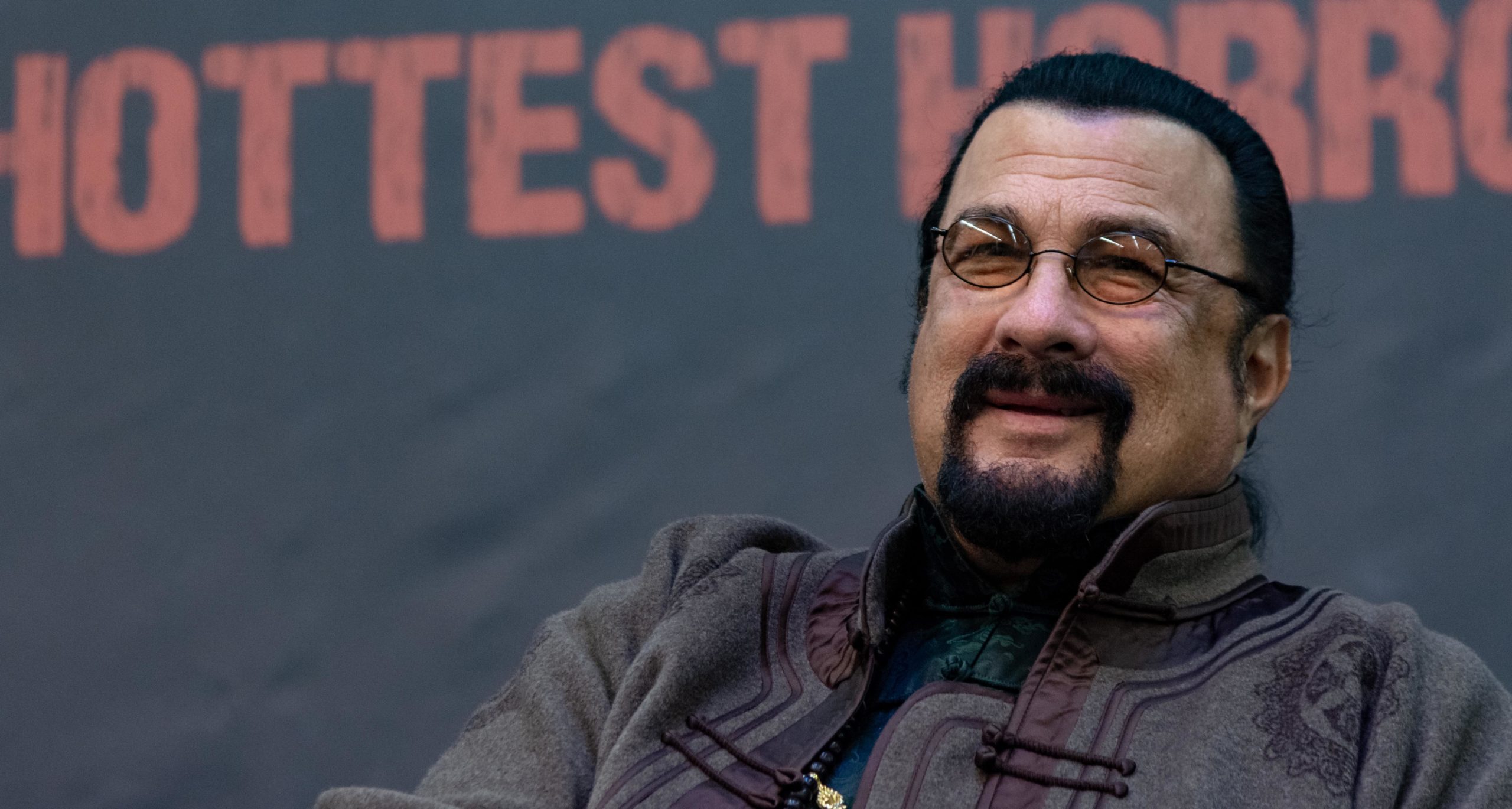 Through his Instagram page, Seagal posts plenty of pictures of himself. And he sure doesn’t look the same as he did 20 years ago!

He’s lived a long and productive life, but Seagal hasn’t only been focusing on his career. His time as a professional in the spotlight has been tumultuous in many ways, but his private life hasn’t been a steady and calm road either.

In 1975, Seagal married aikido master Miyako Fujitani. The two welcomed son Kentaro and daughter Ayake before getting a divorce in 1986.

He moved on to have a three-year relationship with Adrienne LaRussa, and then married Kelly LeBrock 1987. The couple had daughters Annaliza and Arissa, as well as a son, Dominic. They divorced in 1996, but while married, Seagal had an affair with his children’s nanny, Arissa Wolf.

They went on to have a daughter together named Savannah. 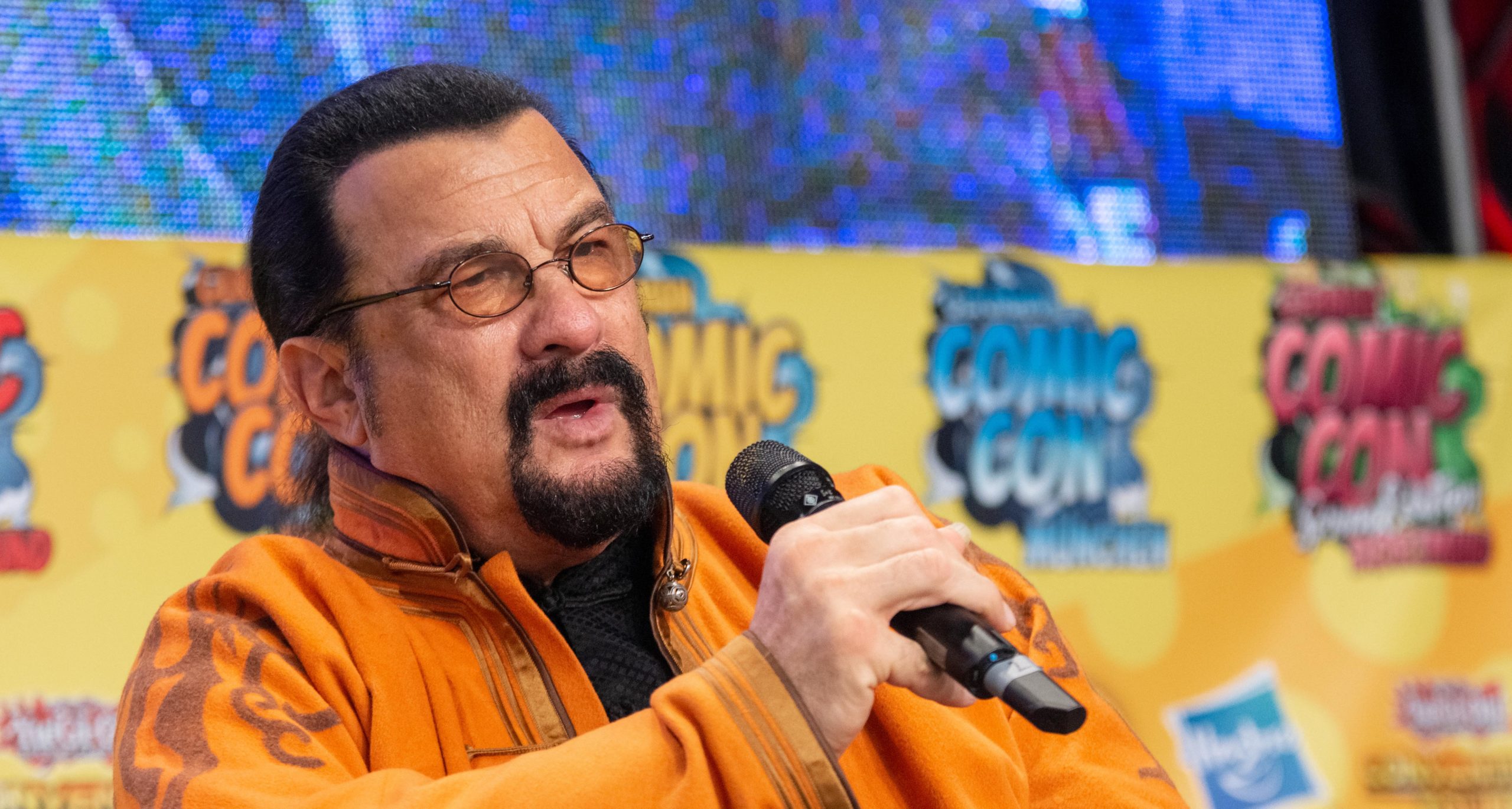 When Seagal decided to leave Japan to move back to the US, it appears that he lost all contact with his children.

Steven Seagal has pretty much done it all through working as a martial arts coordinator, actor, and bodyguard. And even though he’s become older and looks differently today, he still is the same old Steven!