Certainly no person wants to be a beggar and live off what people choose to give them. I think that any person who ends up in this situation has a difficult life and would be difficult for each of us to bear.

Most people have a negative attitude when they see a beggar and do not “scramble” to help that person, and some people even choose to make fun of beggars and make them feel inferior to the rest of us.

Casey Fischer is one of those people who chooses to give a helping hand when she has the opportunity. One day she met a beggar on the street who was trying to get some money. The man had come to the cafe where Casey was, but he had only managed to get one dollar from the people.

After looking at him, Casey called him to the table where she was sitting and offered to buy him a coffee and a pretzel. She thought that maybe this gesture will make that man’s day better. 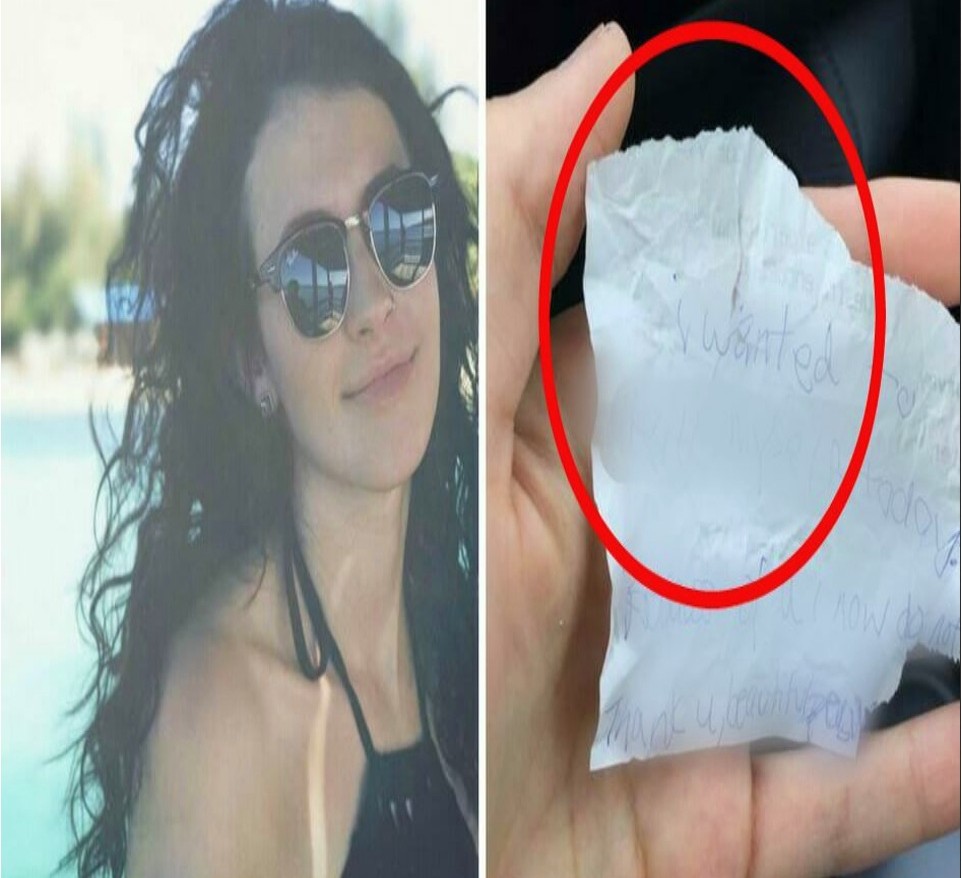 The two talked for a while, and Casey found out that the man’s mother died because she was sick with cancer, and he ended up living on the streets due to drugs, but he wants to get back on the right path and wishes his life to get better. He would like to become the son his mother had always wanted. After a while they talked, the woman was getting ready to leave. She thanked the man for choosing to tell her about his life and encouraged him to trust that things will get better and better.

However, the beggar, Chris, asked Casey to give him a piece of paper and a pen.

He quickly wrote something and then gave the paper back. The two said goodbye and Casey left for college, but on the way she realized that she didn’t even get to read what Chris wrote on the paper.

On that note it was written: “Thank you, lovely soul!”

Casey told about this story on her social media account. She said that Chris is a wonderful man and she would like to be able to help him with an opportunity for a better life.
Casey wrote that she appreciates the fact that the man is trying to overcome his illness and become a normal person, but unfortunately people never take him into account, so it is quite difficult for him to overcome his condition.

The post went viral quickly because people appreciated the fact that although Chris is a beggar at the moment, he wants to overcome this period in his life and become a better person.