A 12-by-5 mile stretch occupying 300,000 acres of Utah’s pristine west desert, the Bonneville Salt Flats is like no other place on earth. A salt crust ranging from a few inches to 5 feet thick forms a perfectly flat, uniform, blindingly white crust as far as the eye can see. The flats are about 12 miles long and five miles wide, covering about 46 square miles in total. Visitors from all around the world have traveled to see this pristine, otherworldly landscape about an hour and half west of Salt Lake City. 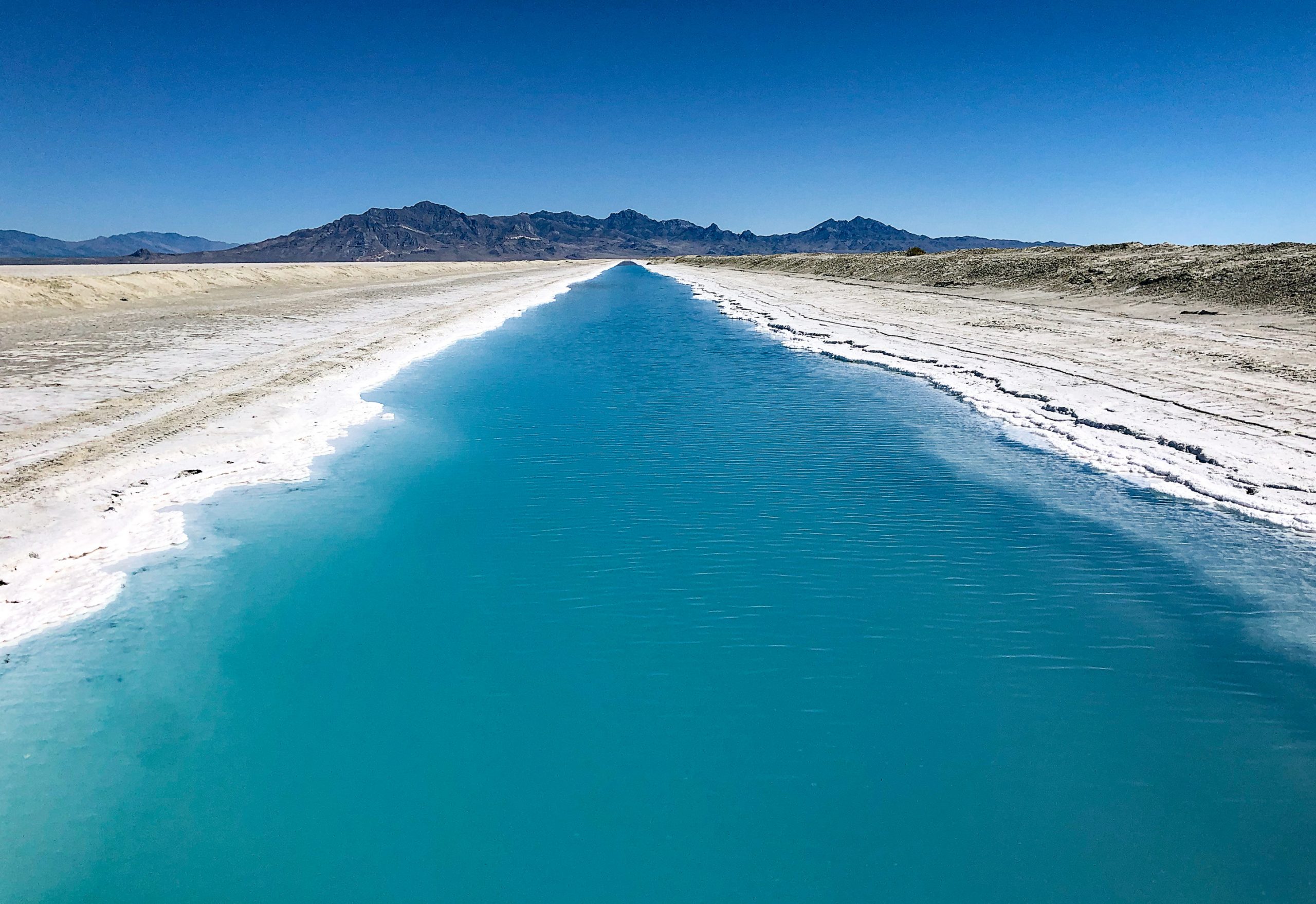 Aside from the beautiful views, the salt flats are an international hub for car racing. Several speed records have been set at the flats, including the one-time land-speed record of 630 mph, established in 1970 and standing until 1983.

The flats are open year-round, but there are events held there throughout the summer and fall. Speed Week is a Bonneville Salt Flats tradition that takes place at the Bonneville International Speedway in August. 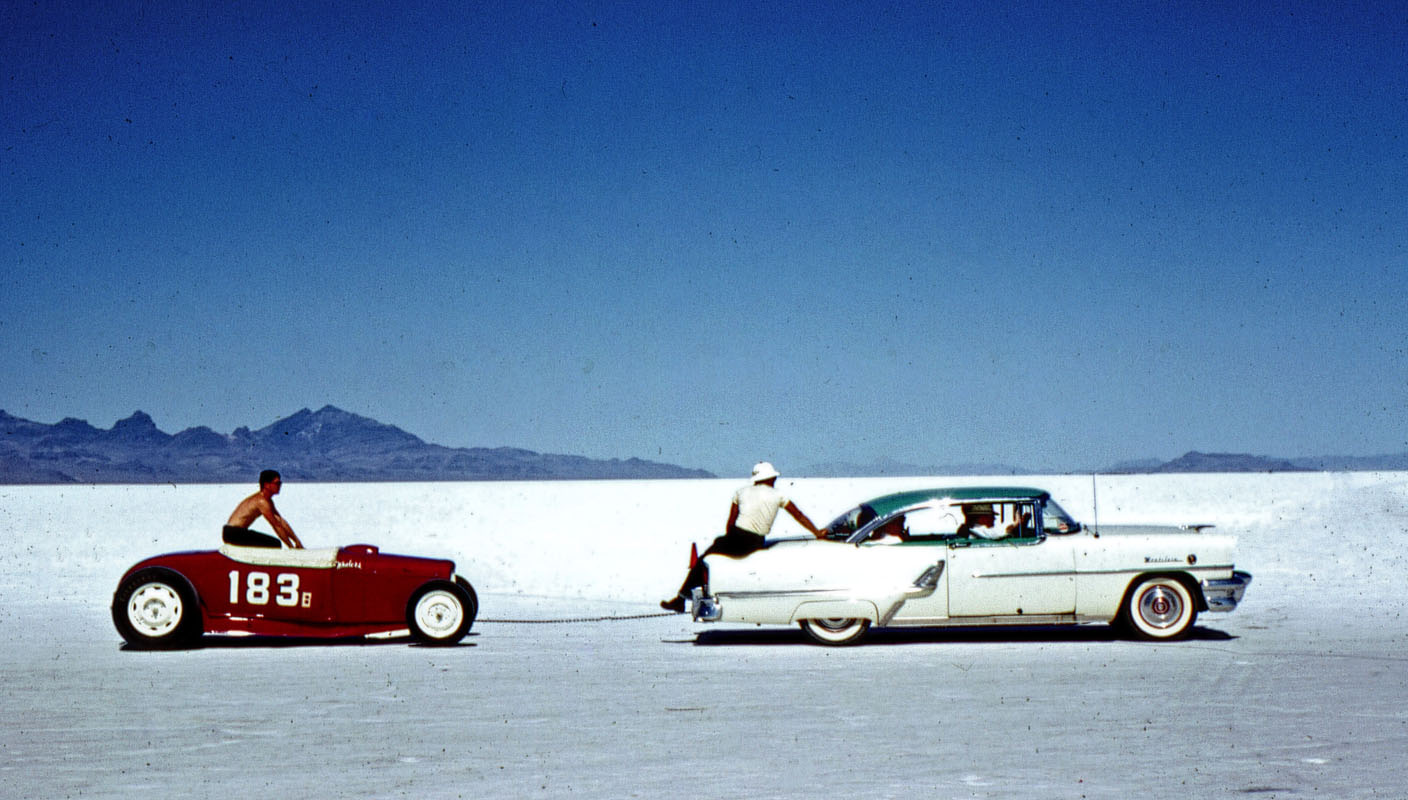 There are several other auto racing events yearly, a 100-mile endurance run in May, and the National Archery Association holds its National Flight Championships at the end of August. 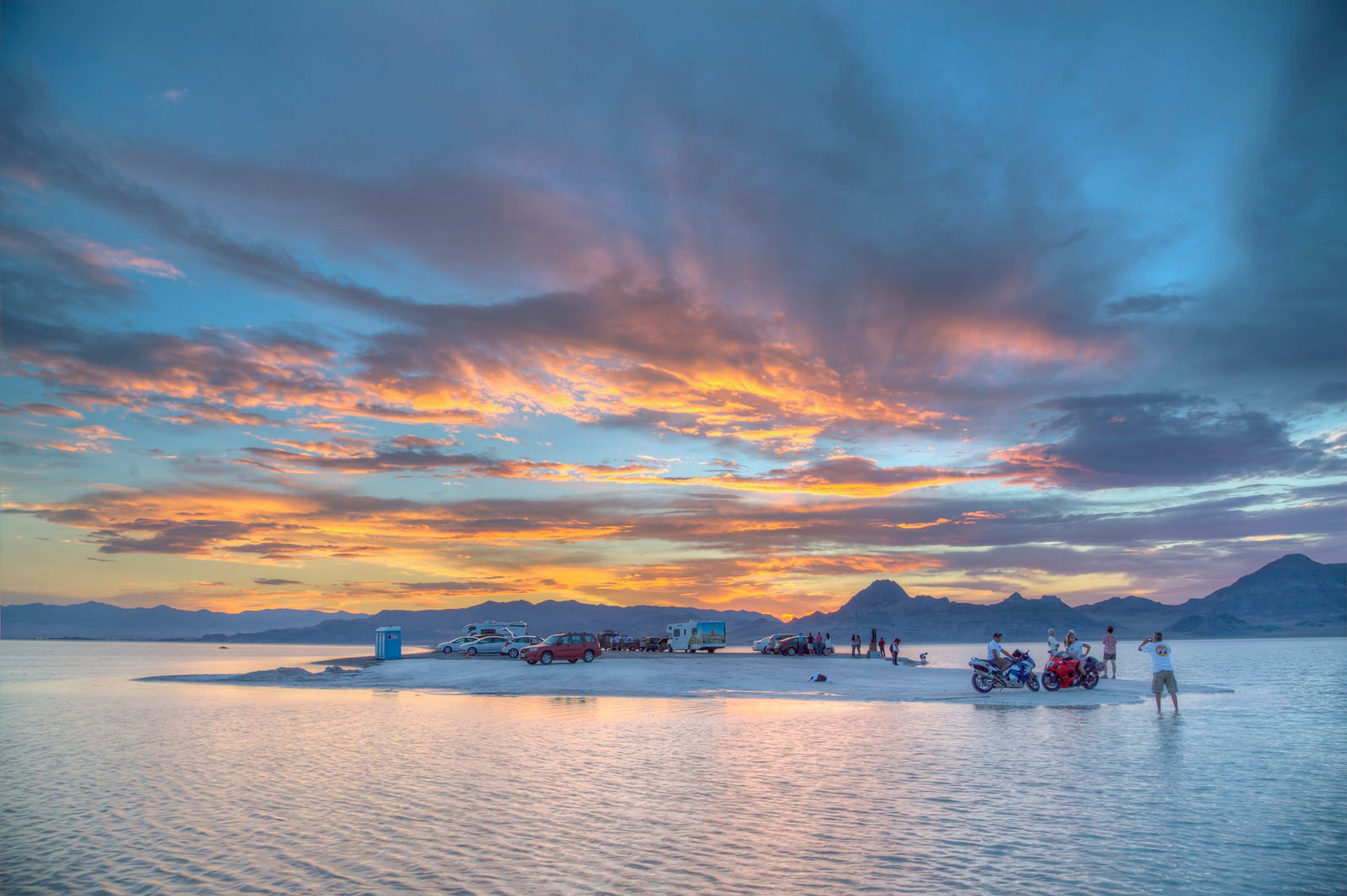 If you’re going for solitude and the sights, any time is a good time as long as the flats are dry. Summer is a popular choice, but be mindful of high temperatures, lots of sun and occasional afternoon rainstorms.

Just 110 miles west of Salt Lake City, the salt flats can be visited as a day trip from a base camp in Salt Lake, as part of a West Desert itinerary or before heading south toward Utah’s national parks. Those looking for the closest overnight accommodations can find ample hotel options in the nearby town of Wendover, which also has casinos, entertainment and nightlife across the border. 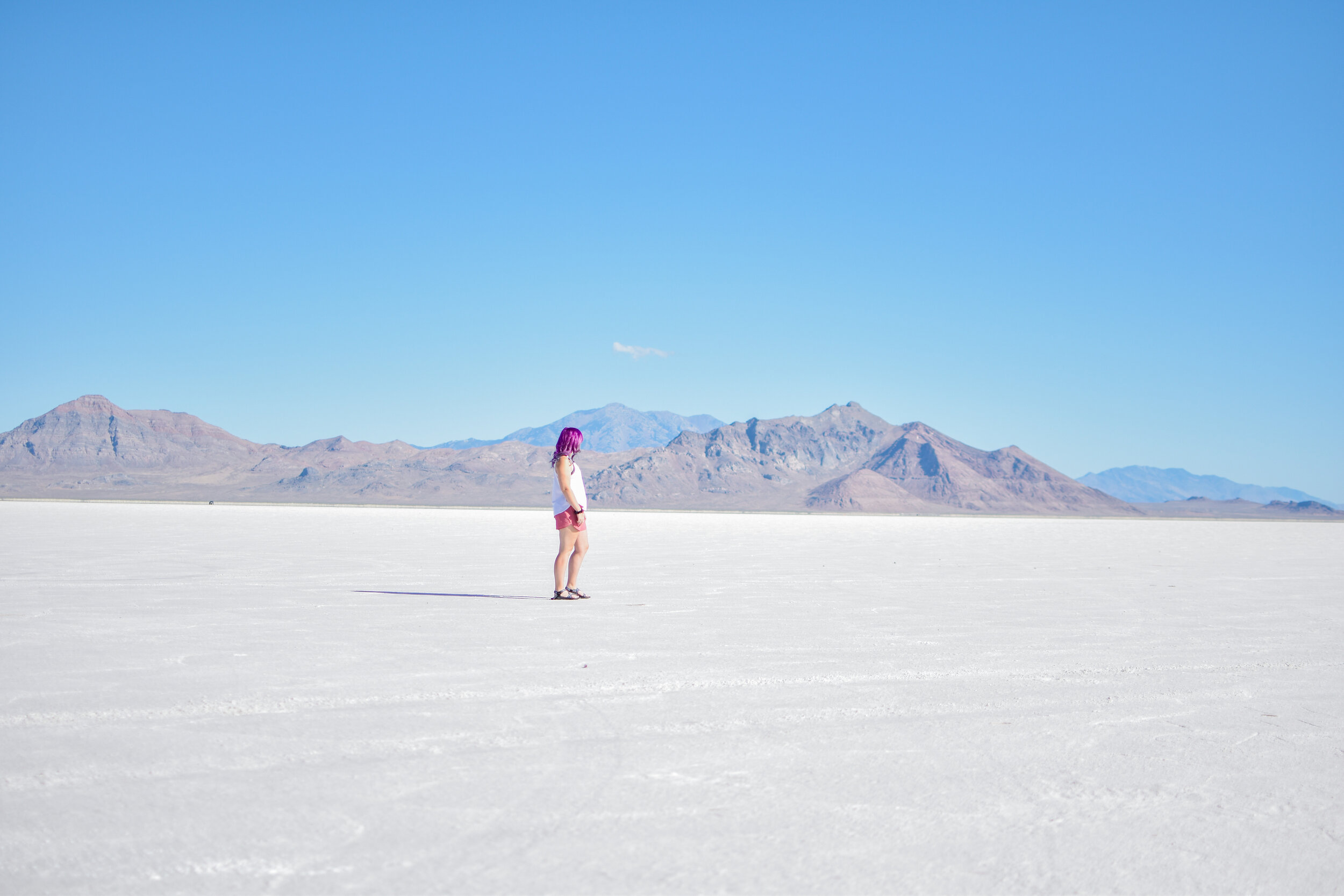 RV parks are also available in town. While camping is not allowed on the flats, there is dispersed camping available on Bureau of Land Management land to the west of the flats. Contact the West Desert District Office for more details.

The Bonneville Salt Flats are remote, so plan accordingly. Temperatures at the flats can range from sub-zero in the winter to more than 100 degrees Fahrenheit in the summer. Come prepared with a variety of layers for different temperatures. Sunscreen is a must-have, and needs to be applied to the bottom of your nose and chin — the salt crust can reflect the sun upward. Wide-brimmed hats and sunglasses are also critical. 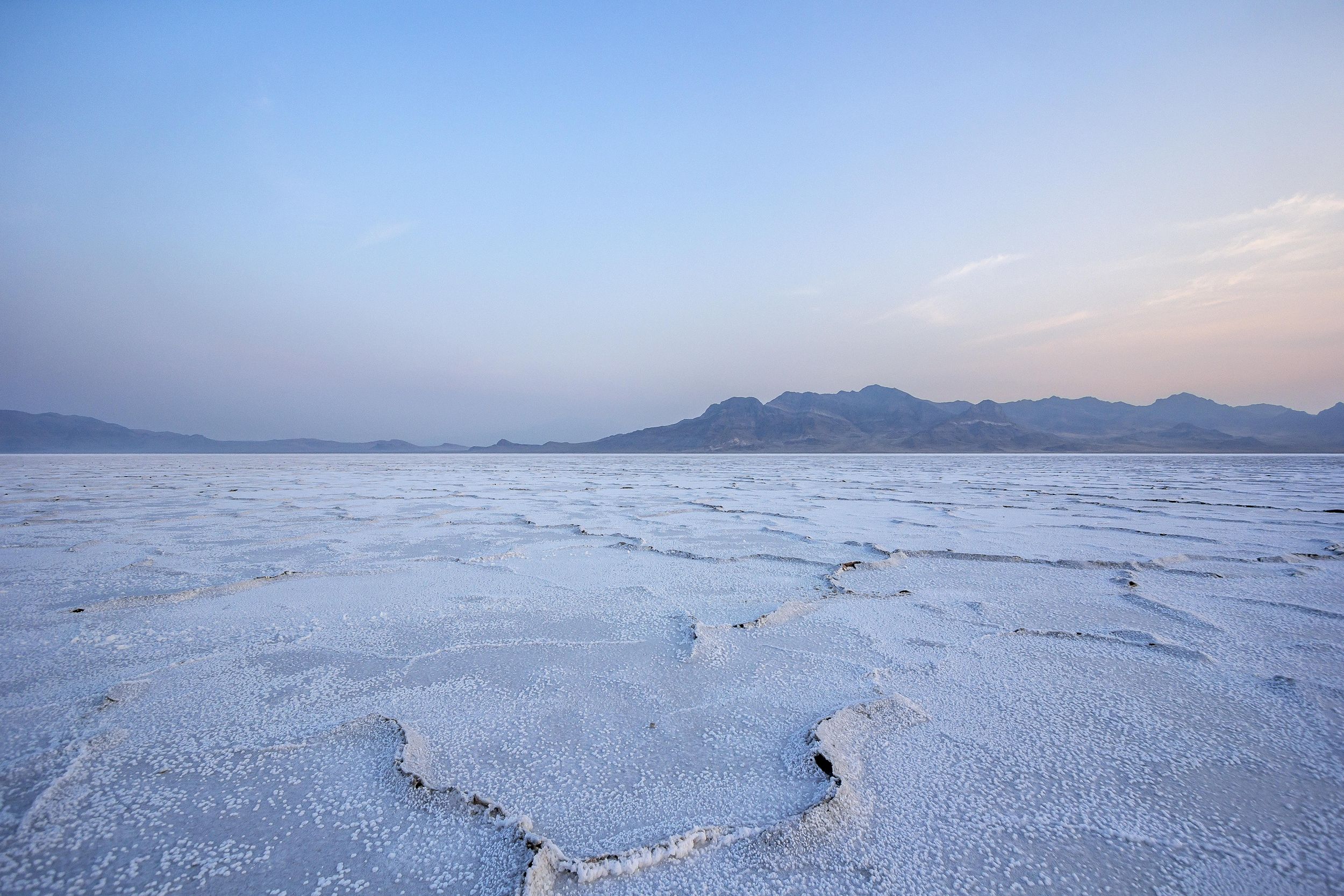 If you’re visiting for Speed Week or another event, bring chairs and a shade tent if possible. Being a spectator at Speed Week means several hours in the sun, so be sure to bring shade and water options accordingly. Bring plenty (more than you think) of water, no matter the season. If you’re renting a car, check with your rental company before driving on the flats as the salt can corrode the car and always pay attention to seasonal closures on the flats which prohibit driving on them. 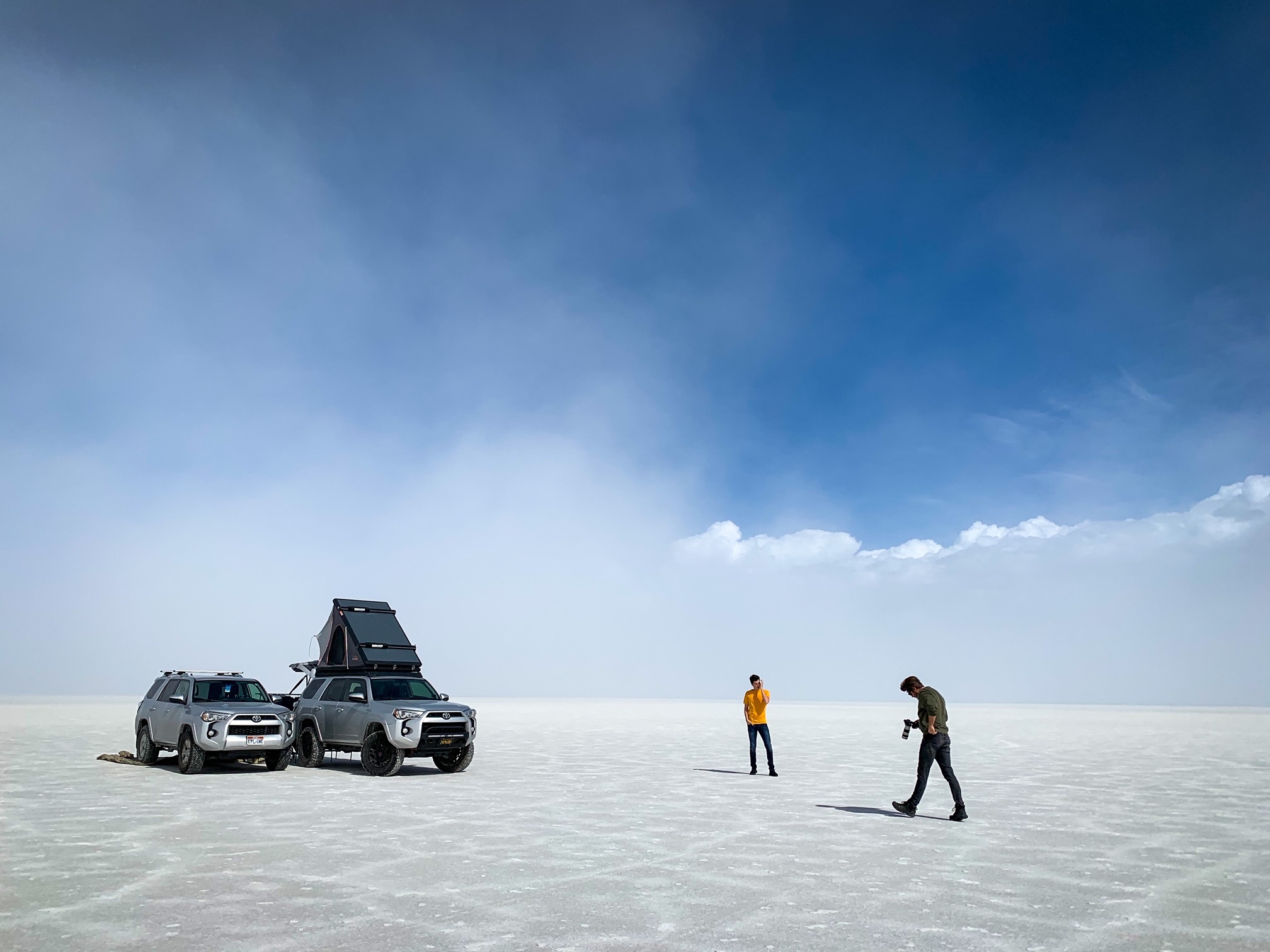 The aesthetic of the flats are very popular for photography, so bring your camera. Sunrise and sunset offer wonderful lighting to capture this otherworldly place and the nighttime sky, far from the lights of the city, is so dark you can capture the millions of stars above. Hollywood has found this spot to be a perfect destination for fashion shoots and dozens of films have been made with the Bonneville Salt Flats as the backdrop.

10 reasons you should visit Bali at least once in your lifetime
Amazing Kayon Jungle Resort in Ubud, Bali