After many years on American Idol, Randy Jackson has become a huge celebrity. The musician and producer has spent decades in the industry; he knew he wanted to become an artist as early as when he was a teenager.

Jackson has toured with the likes of Madonna, Mariah Carey, and Bruce Springsteen. But at the same time, though he’s highly respected within the music industry and loved by American Idol fans, he has gone through an impressive journey personally.

For years, Randy has struggled with his health and weight. He underwent gastric-bypass surgery about 20 years ago, and when he was diagnosed with diabetes, he lost more than 100 pounds. Moreover, he’s become a great inspiration for many, as Randy has endeavored to highlight the issue of obesity and life with diabetes.

Here’s all you need to know about Randy Jackson’s incredible life journey. 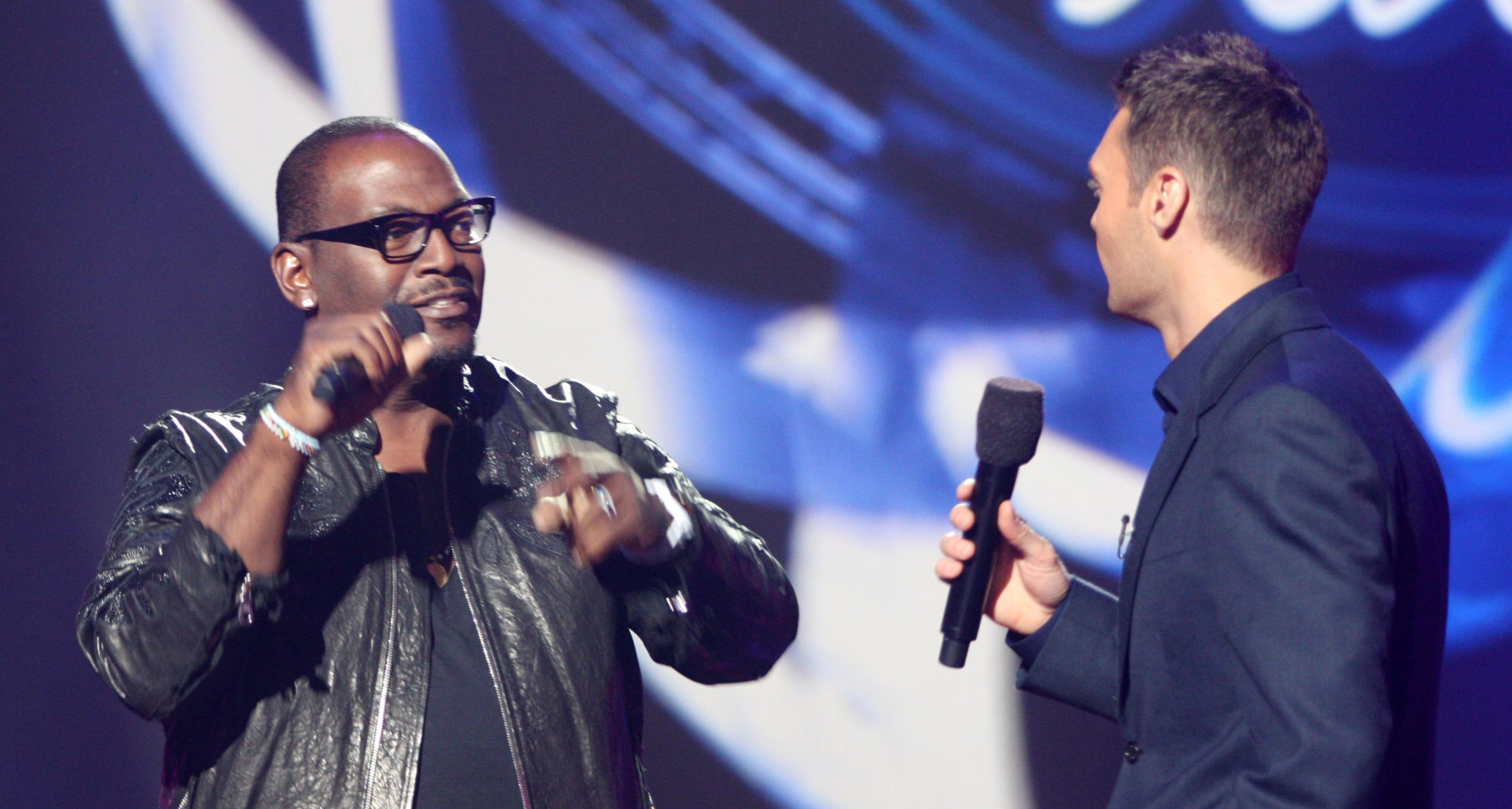 Randy Jackson was born Randall Matthew Jackson on June 23, 1956, in Baton Rouge, Louisiana. He was the youngest of three children to mother Julia, who worked as a homemaker, and father Herman, a plant foreman.

From a young age, Randy was into music. He tried playing the saxophone and other instruments, but the bass guitar eventually became his thing as a teenager.

“I just got the bug, like, ‘Oh my God I love music, I want to be involved,’” Randy Jackson told Today.

The young boy had only music in mind. It got to the point where he was sneaking out of his family’s home in Baton Rouge at night to go and play at local clubs (as per Biography).

“So, a kid growing up loving James Brown, Motown, Jimi Hendrix, and Led Zeppelin to death, getting turned on to the Mahavishnu Orchestra and Chick Corea and Stanley Clarke, Miles Davis and John Coltrane when I was 15… I couldn’t replace it for anything.”

He added: “I immersed myself in music; that’s all I could think about. I practiced, took every lesson, listened to every record, hung out every place I could hang out where the music was happening. I really went for it. And that’s kind of the way my personality is, and what I do with almost anything I get into.” 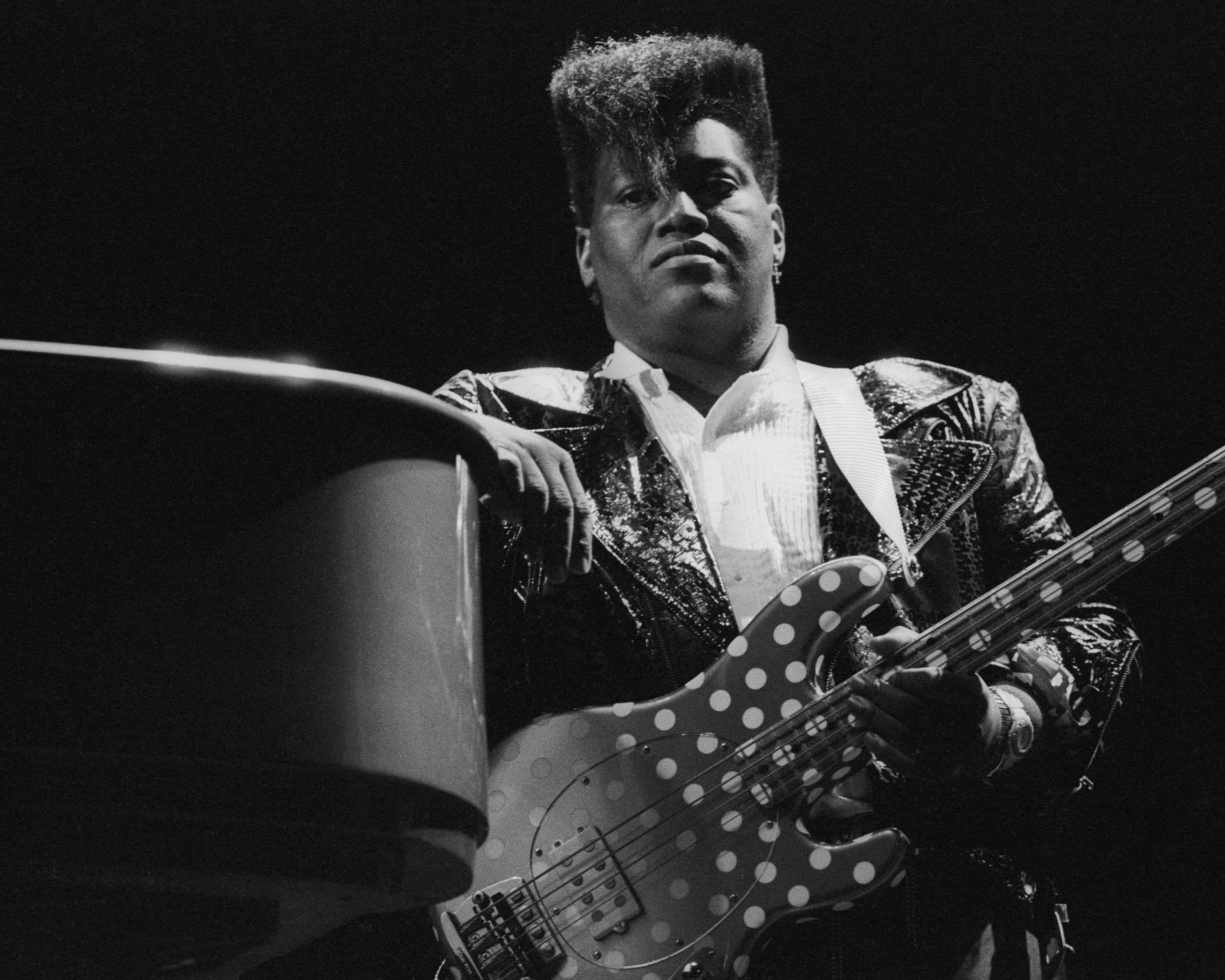 Randy continued to develop as a musician, and at 17 years of age he got his big breakthrough when he was handed the chance to play with the iconic 1960s’ band John Fred and the Playboys.

That said, Jackson also knew the importance of education, so he studied to get a dual bachelor’s degree in music and psychology from the Southern University in Baton Rouge in 1979.

Studio musician and touring with legends

Shortly after, he was hired by jazz drummer Billy Cobham.

“When you play with people that are that legendary everyone goes, ‘Wow, this guy can really play because Billy wouldn’t have no slouch. I guess this guy’s really good because John Fred can have whoever he wants in his band, and he’s got this guy.’ It’s the company you keep,” Randy explained.

Jackson’s career in the music business had only just begun, but he became a very well-respected and trustable musician within a matter of years. Randy even performed with the rock band Journey for three years.

Not only that, but he landed gigs with greats such as Aretha Franklin, Tracy Chapman, Mariah Carey, Kenny G, Bruce Springsteen, and Bob Dylan.

Besides working on tour with several legendary artists, Randy was also a studio musician. However, it didn’t take long before he had moved into a whole different area in the music industry. Randy transitioned into becoming a record producer and an executive with Columbia Records and MCA Records. He spent eight years as the vice president of A&R (artists and repertoire) at Columbia, and four as A&R at MCA. 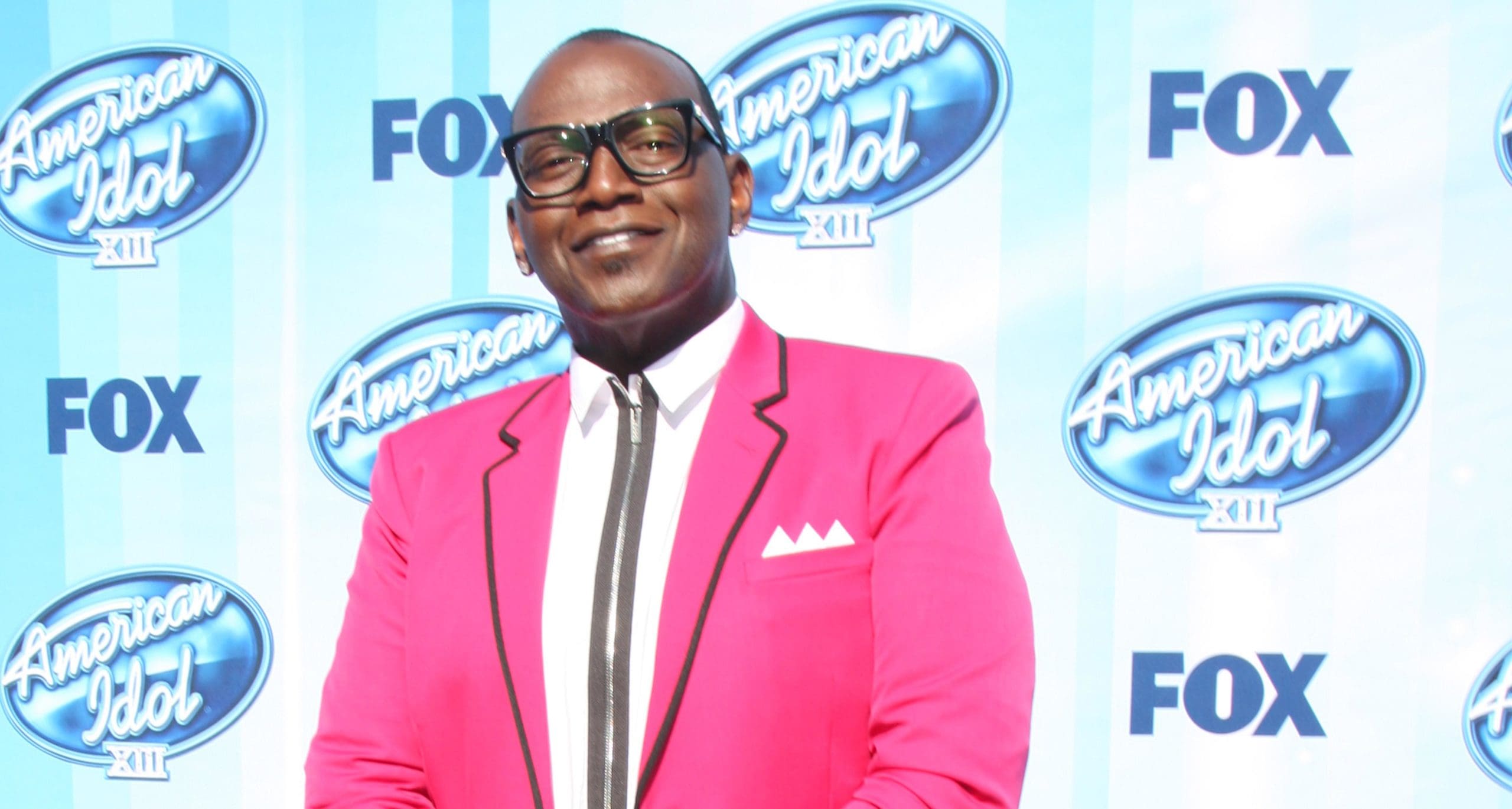 It turned out that Randy was quite the genius when it came to music. According to a Tampa Bay Times article, the Baton Rouge native has worked on more than 1,000 gold and multiplatinum albums. Moreover, his contributions as an artist and producer have helped sell more than 200 million albums worldwide.

Randy, of no relation to pop star Michael Jackson — or to actor Samuel L. Jackson for that matter – is today a very well-respected man in the industry. But this success has come at a cost, and he’s sacrificed other things in life to get where he is.

“Everyone in the music business is crazy — along with me,” he said.

“Look, the journey to get to anywhere near the top is really hard. In order to keep on that road, you have to have a pretty strong interior and exterior. Because some things are going to fall when you do that. If you focus on your career, other things in your life may fall apart.”

In 2002, Randy became known to a broader audience in the US. Together with Paula Abdul and Simon Cowell, he became one of the three jury members in the brand new show American Idol. The show’s goal was to find the next big superstar.

Simon Cowell had created the program Pop Idol just a year before in the UK, and it proved a huge success. But what happened in the US was something else entirely – and Randy was fortunate enough to be along for the journey.

“An agent friend called and said, ‘There’s a show starting that’s coming over here from Britain. You may want to check it out. Somebody mentioned your name. Make the call and see if you’d be interested,’” Jackson recalled in an interview with Entertainment Weekly.

“I called his people and learned it was headed by [Executive Producer] Simon Fuller, whom I’d known through the Spice Girls and Annie Lennox, both of whom he managed. “ 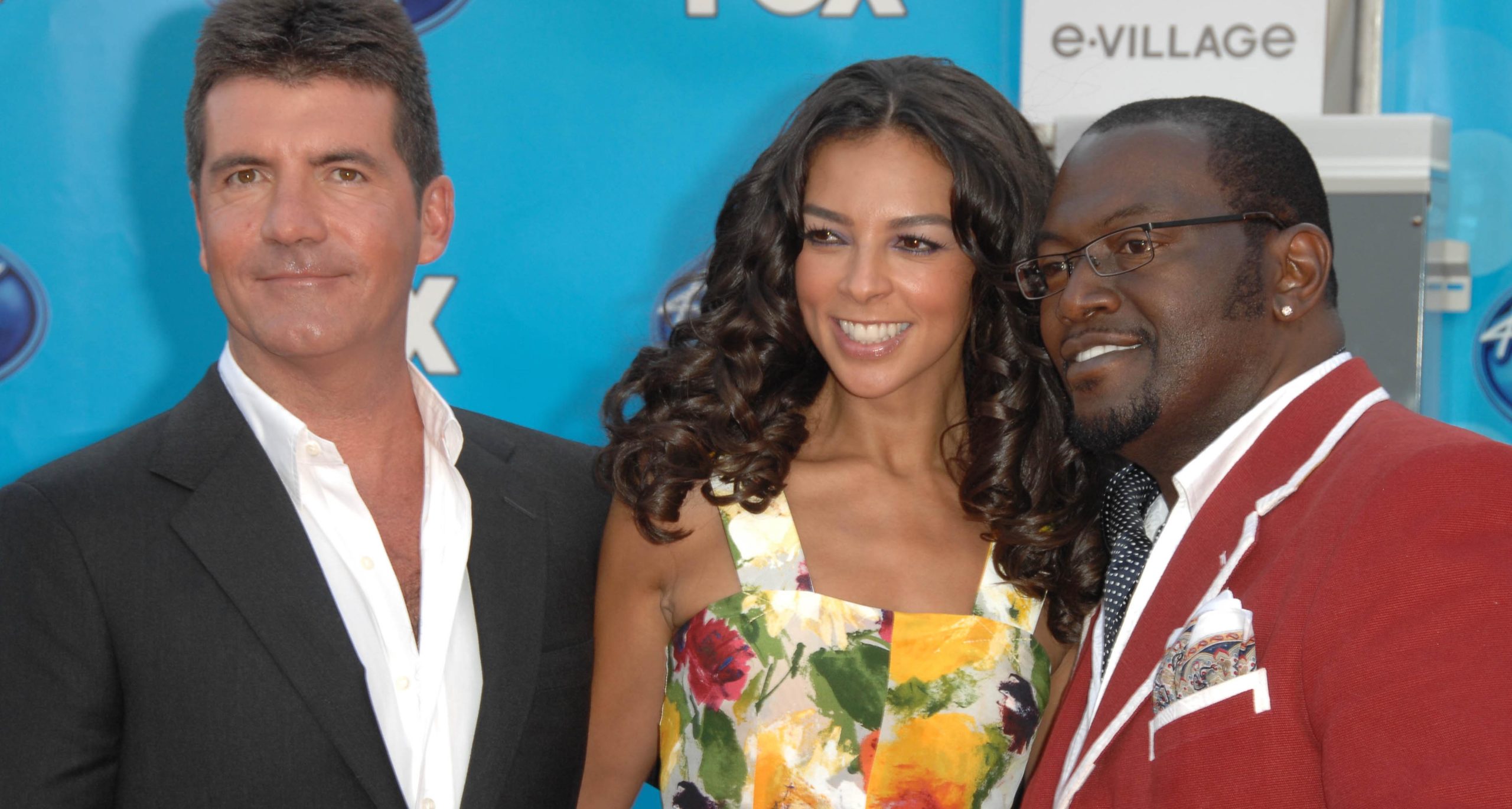 He added: “I went to a bunch of meetings and really loved the concept, I did it—just thinking it would be something fun and interesting to do. I never knew or thought it would get this big.”

Now, we all know that Simon Cowell had a reputation for being the harshest jury member on the show. That was something Randy Jackson got to experience first-hand – and he was shocked.

Randy explained how they even had to take a break at one point, because Cowell was being too mean.

“I’ll tell you what, we really lucked out because none of us knew that we could have that chemistry. It was instant. But there were growing pains. The first day on set — the first hour — there was a dustup with all three of us because we couldn’t believe how crazy Simon went on this once contestant,” he explained.

“‘You’re horrible, you’re terrible.’ We were like, ‘you can’t say this guy’s horrible! You can say his voice is horrible, but you can’t say that he is!’ So we stopped for like, two hours, had this whole powwow. We had some growing pains but Simon was who he was and we were who we were, you know.” 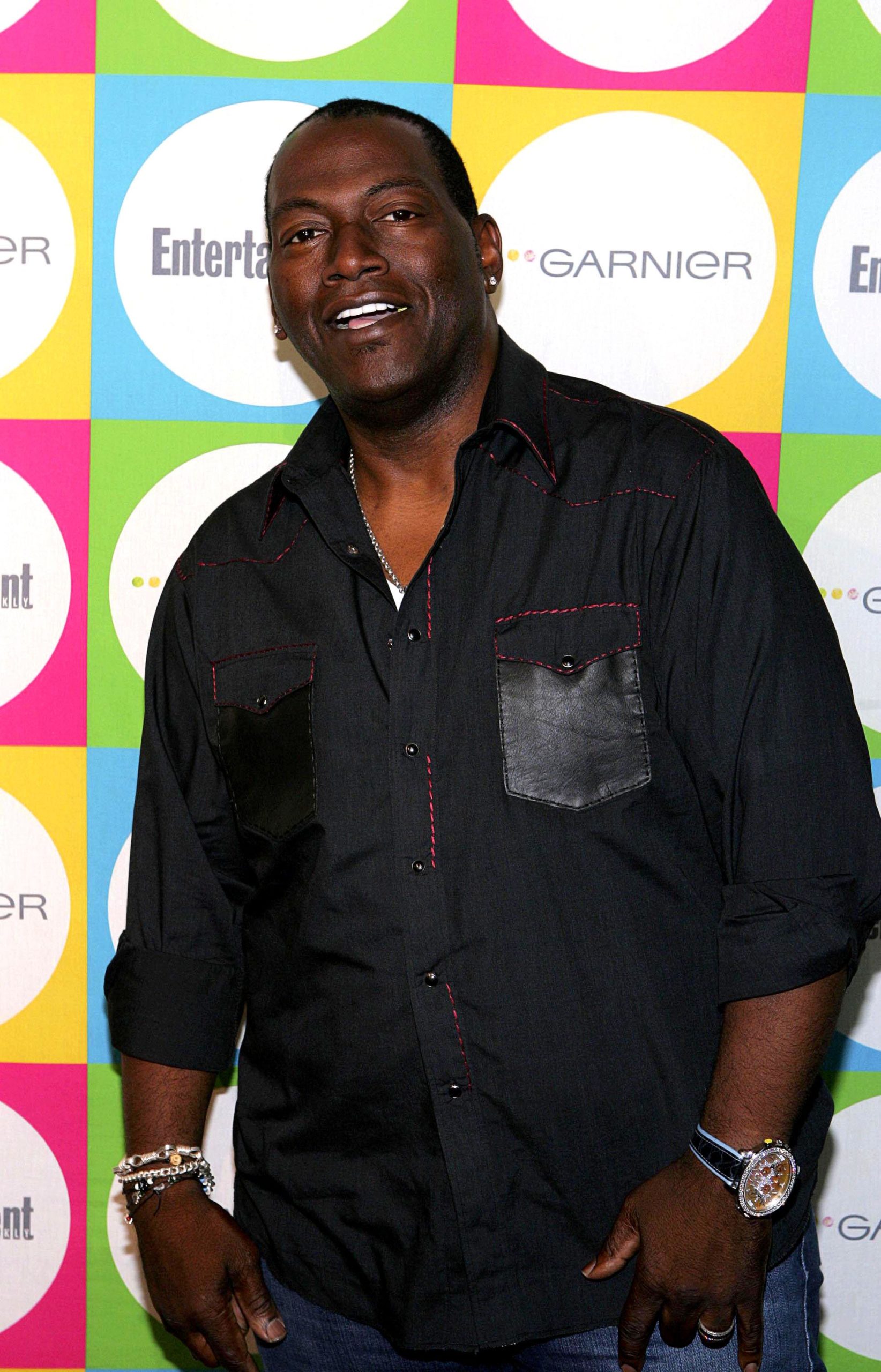 Randy quickly became popular among the viewers, mainly because of his ability to always give the contestants constructive criticism instead of just saying bad things.

“I’m proud to have been a part of a series that discovered some incredible artists and will go down in history as one of the most successful television shows ever. A true original, Idol started it all. Onto what’s next,” Jackson said in a statement.

Jackson continued to work within the music industry, both managing bands and producing. But at the same time, as his success story has continued to grow, his personal life has been quite the roller coaster.

Randy was first married to Elizabeth Jackson, with whom he shares one daughter, Taylor. They divorced in 1990.

In 1995, Jackson married his second wife, Erika Riker. The couple stayed married for many years until 2014, when Riker filed for divorce. The divorce wasn’t settled until four years later.

Randy has two children, daughter Zoe and son Jordan, with Riker. Today, he’s said to have a net worth of around $50 million.

Now besides his family life, Randy has been on a tremendous and completely inspiring weight-loss journey. 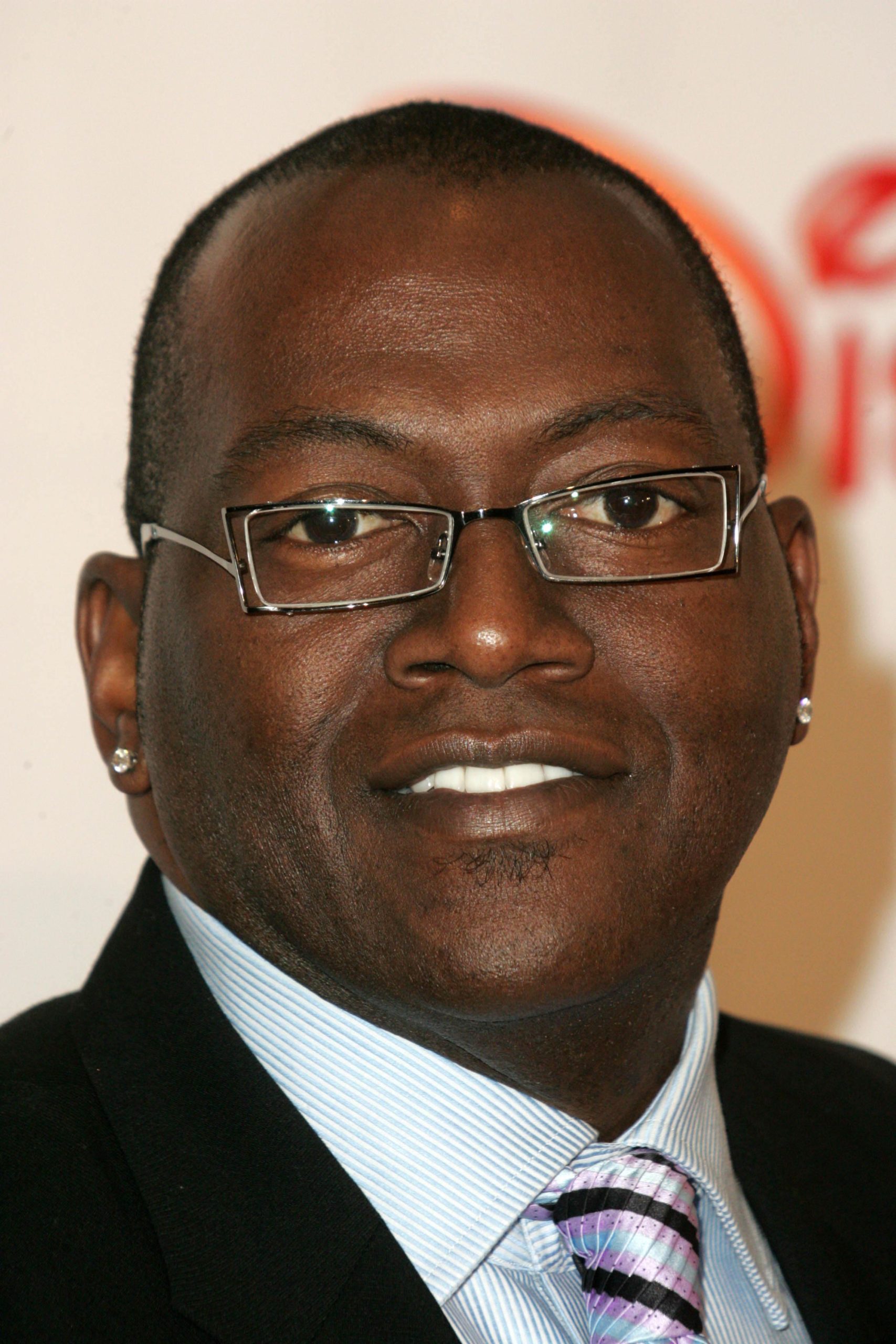 In 2003, he was diagnosed with type 2 diabetes, and during the second season of American Idol, Jackson’s weight ballooned to 358 pounds.

“I was struggling with my weight,” Jackson told People.

But getting the diabetes diagnosis turned out to be a wake-up call for Randy. In his book, Body With Soul, he called it “both a blessing and a curse.”

“It’s a curse to be saddled with a disease that’s life-threatening and that you can’t completely get rid of (though you can certainly manage it). But it’s a blessing to get that huge wake-up call,” Jackson wrote in the book, as reported by Today.

“It was kind of crazy for me because it ran in my family, but you always think someone else is going to get it, never you. I got it.”

Randy went on to undergo gastric bypass surgery. With the help of a new diet and exercise, he was able to shed more than 100 pounds.

He started playing a lot of tennis, mostly because he really didn’t like the gym. 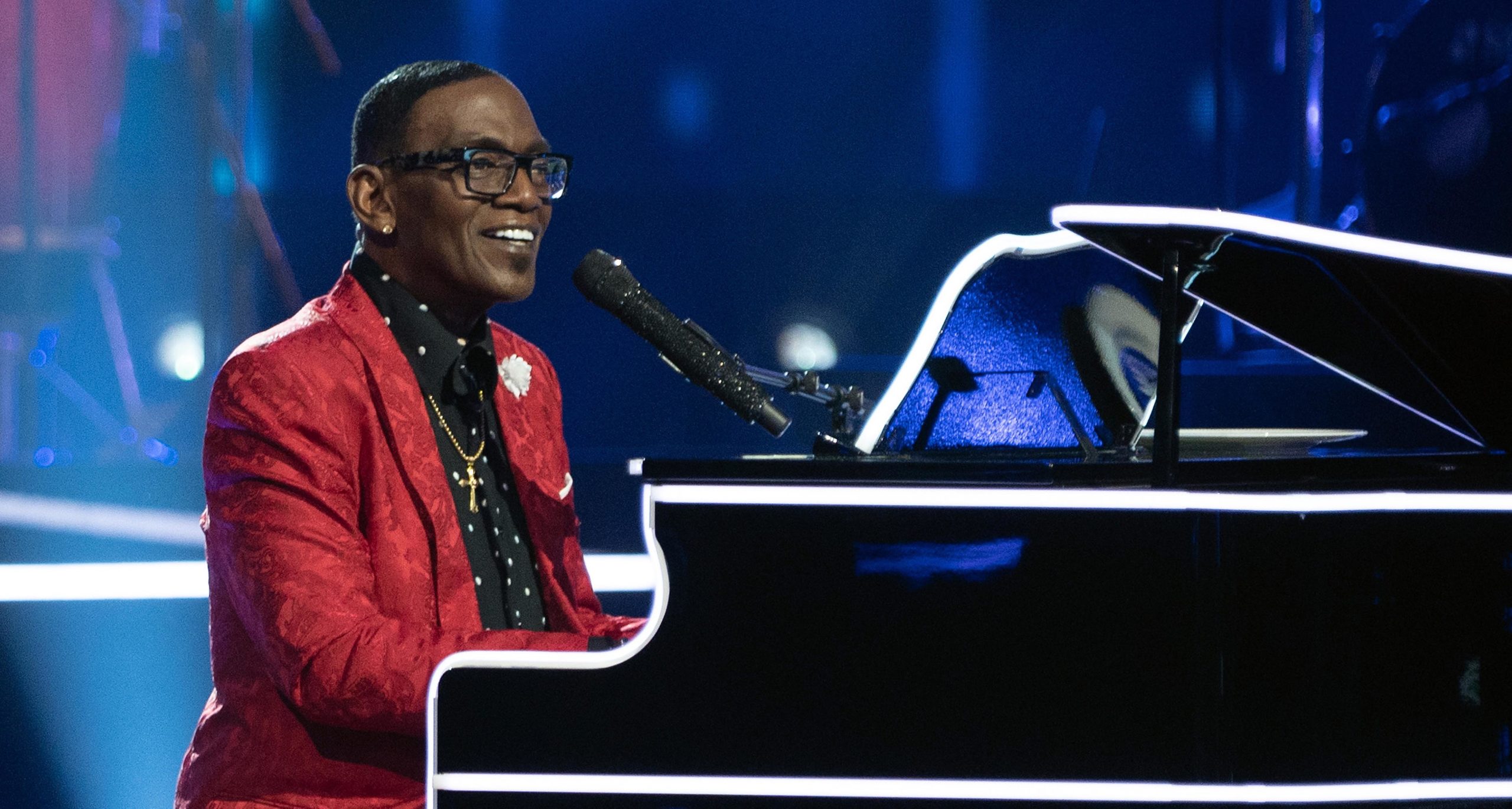 Randy’s weight-loss journey sure is inspiring. After he had gone through with it, he wanted to help others as well.

Jackson co-founded Unify Health Labs, a product that he explains helps other people on their journey towards getting healthy “while sparing them the long confusing search I went through.”

“This is me sort of giving back,” Randy told People about Unify Health Labs.

“Something that’s a simple solution because all of us probably have 50 bottles on the counter or 50 bottles in the bathroom of different vitamins and things that we take. The root causes of these certain diseases and trying to get your best health, it all starts in the gut. Gut health is really best health.

“You have to change the way you think about food. You have to almost have a complete divorce break up … and start back bit by bit and find out the things that work with your body and you also find out the allergies and really pay attention to how you feel.” 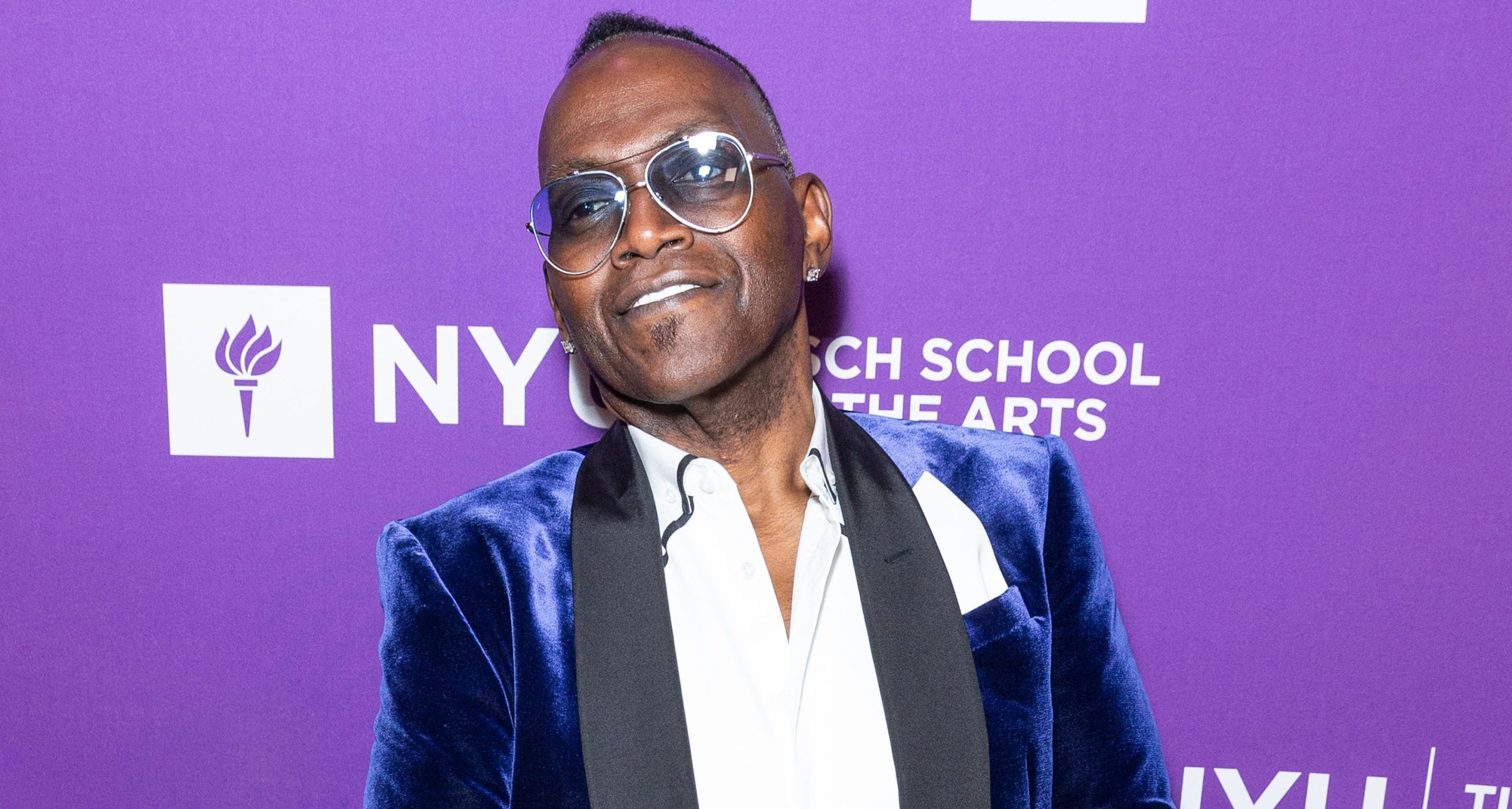 “I want to spread the word that change, permanent change, is possible. I’m a new me, and I want you to be a new you,” Randy wrote in a Today piece.

“Even if you’ve had the same bad habits for ten, twenty, thirty years — I definitely did — you can get used to a healthier lifestyle. Old dawgs can learn new tricks.”

Besides working out and eating healthy, Jackson also has a good tip for anyone who wants to lose weight; never go somewhere hungry.

“I never go anywhere when I am famished,” Jackson told WebMD.

It turns out that he has stacked his office with baked Cheetos, diet soda, and protein bars. However, if he gets hungry, Jackson prefers to chew a piece of gum or drink water, or chicken broth, to curb his appetite until he can have something healthier.