There are few people in the history of the world who have carried themselves with as much grace and poise as Her Majesty Queen Elizabeth II of England.

The legendary monarch has quite literally seen and done it all during her time on the throne, and now she’s celebrating the incredible milestone of turning 96 years old.

All told, Queen Elizabeth has ruled for more than 70 years – yes, that’s a deal longer than the majority of us have even been alive – and, though she’s shown signs of perhaps slowing down in recent months, she’s still every bit the remarkably stoic figure we all know and love.

Of course, it hasn’t all been easy for Her Majesty. The last two years alone have seen her face enough trials and tribulations for a whole lifetime. Given her advanced years, one would be forgiven for thinking that she might be best served handing over the reins. 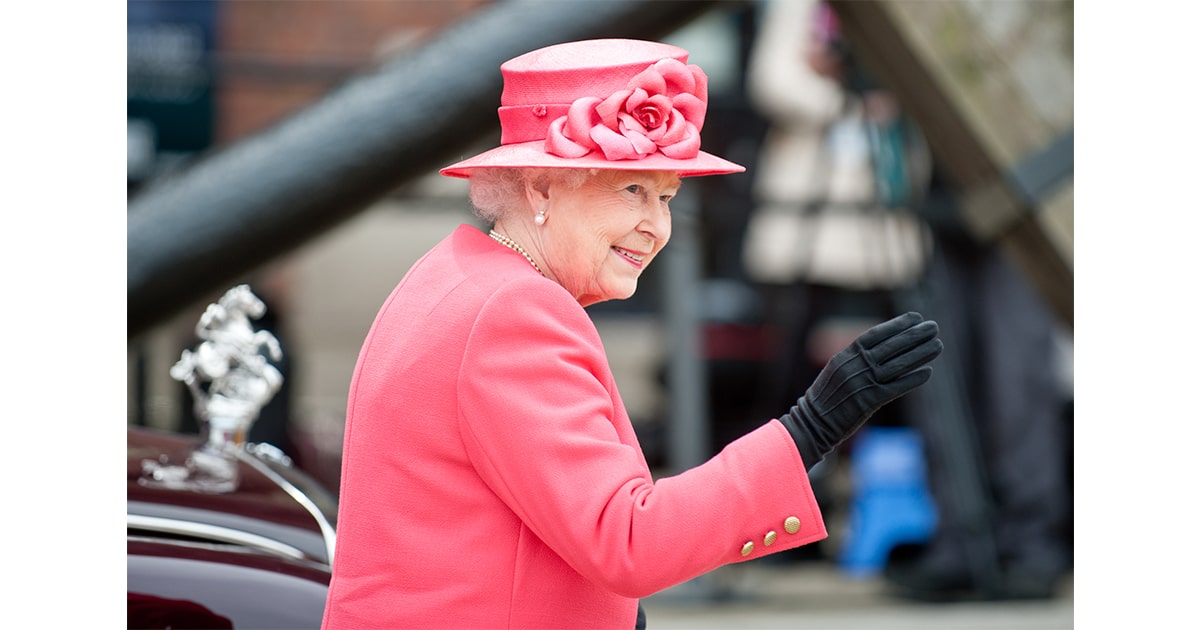 Yet that prospect doesn’t seem to be one that Queen Elizabeth is considering. At least not just now.

While it’s true that her son, Prince Charles, and grandson, Prince William, have stepped up to lend more of a helping hand of late, one gets the impression that the Queen will hold her position as monarch until the day she dies.

In any case, she’s taken what has been a “mini-break” given recent events, but word has reached the media as to her plans for the celebration of her 96th birthday.

So just how is she going to spend the day? Here’s all you need to know.

To say it’s been a trying past couple of years for Queen Elizabeth is a gross understatement.

Having served on the English throne for almost 70 years, the Queen would have been within her rights to think that she’d seen and done almost all there is to do as a monarch.

Life, though, had other plans.

With the world stricken by the COVID-19 pandemic, life was changed for virtually all of us in 2020. Being a monarch usually means that one is exempt from the struggles and strifes of the masses, but viruses aren’t in the business of picking and choosing their victims based on social status alone.

Given their advanced ages, Queen Elizabeth and Prince Philip were forced to follow strict isolation measures for the majority of 2020, this while they helplessly bore witness to the devastation wrought by COVID in the UK. For someone as compassionate as the Queen is known to be, this couldn’t have been easy. 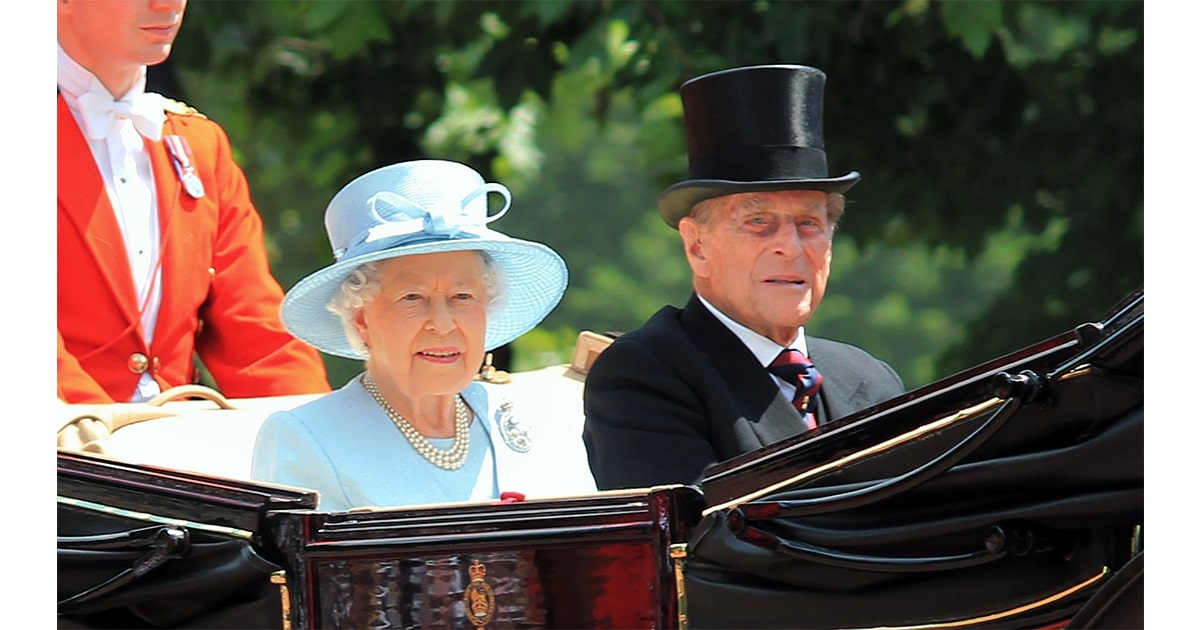 Moving into 2021, however, there were other matters to consider – those that threatened to further destabilize the monarchy at a time when its future is already the subject of rampant speculation.

When Prince Harry and Meghan Markle decided to take their leave of the royal household, many believed that was that for them; their departure raised eyebrows, but it was nothing to trouble the steadfast foundations Queen Elizabeth has anchored since the beginning of her reign.

Then came the infamous tell-almost-all interview with Oprah Winfrey.

Harry and Meghan shocked the world when they sat down with Oprah to divulge secrets from their time as a royal couple that those involved would have preferred to keep buried.

Not only did Meghan reveal she had harbored thoughts of taking her own life, such was her discontentment, but she and Harry also hinted at racism on the part of an unnamed member of the British Royal Family who enquired as to the potential skin color of the then-yet-unborn Archie Mountbatten-Windsor.

Prince Harry: "I want to break cycle of pain for my children" https://t.co/VxobhP4JTW

No sooner had she attempted to staunch that wound, however, than was Queen Elizabeth dealt maybe the biggest blow she could ever receive when her husband, Prince Philip, Duke of Edinburgh, passed away.

Philip was 99 at his time of death and mere months away from turning 100. Nevertheless, he was ever described as the Queen’s strength and stay – his loss no doubt left a hole in her heart that will never be filled.

Philip’s funeral, held on April 17, was watched by 13 million people in the U.K. Meanwhile, only 30 people were allowed to attend in person due to COVID restrictions in the U.K. at the time, which meant the Queen was forced to sit alone.

How Queen Elizabeth bid a final farewell to Prince Philip after his funeralhttps://t.co/L2xnF2SED5 pic.twitter.com/b8VrEQh0nJ

Needless to say, times have been tough indeed for the Queen, and not helped by worrying reports suggesting that her health has taken a downturn of late.

Queen Elizabeth has been forced to cancel or forego several high-profile engagements over the past few months, with sources at Buckingham Palace stating that she should “not be expected” at any future public events ahead of time.

As such, there has been speculation concerning the way the Queen might choose to spend her 96th birthday. Well, as per the Daily Mirror, we finally have an answer to that question.

A royal source reportedly explained: “The Queen decided very recently that on her birthday she wanted to be as close as possible to her late husband and in an environment that was very close to both of their hearts.

“Sandringham holds so many special memories for the Queen and Prince Philip as well as the rest of the royal family.

“It’s certainly a positive step that Her Majesty is feeling well enough and rested to enjoy her upcoming mini-break which she thoroughly deserves to celebrate her birthday.”

News of the Queen being fit for travel – irrespective of how menial it may seem – will be happily received by her supporters, especially since concerns over her mobility have been seeping out of the Palace of late.

The Queen was forced to miss two major events last week, the Royal Maundy Thursday service and the Easter Sunday church service, which both took place at St George’s chapel within the grounds of her Windsor home. It marked the first time in an incredible 50 years that she has missed either event.

Queen Elizabeth was last seen in public on March 29, when she attended a memorial service for her late husband, the Duke of Edinburgh.

Ahead of her visit to Sandringham to celebrate her birthday, a royal source said: “All the staff at Sandringham can’t wait to welcome Her Majesty and wish her a happy birthday.”

I don’t know about you, but I for one am a huge fan of Queen Elizabeth. I can only imagine how hard the last year has been for her without the presence of Prince Philip by her side.

Please, join us in wishing Queen Elizabeth a very happy 96th birthday! Share this article on Facebook if you’re a fan of this amazing woman.