It’s an interesting time to be a fan of the British Royal Family.

Perhaps the world’s most famous monarchy, they’ve found themselves in an almost unprecedented amount of headlines over the past two years.

At a time where the question has to be begged as to the point of royal families even existing anymore, it would appear that Queen Elizabeth and her extensive brood are more newsworthy than ever.

The passing of Prince Philip last year, coupled with the whole debacle involving Prince Harry and Meghan Markle, has meant that a lot of eyes have been firmly glued to Buckingham Palace. And that’s before we even broach the subject of Queen Elizabeth’s health, and the sex assault case recently settled by Prince Andrew. 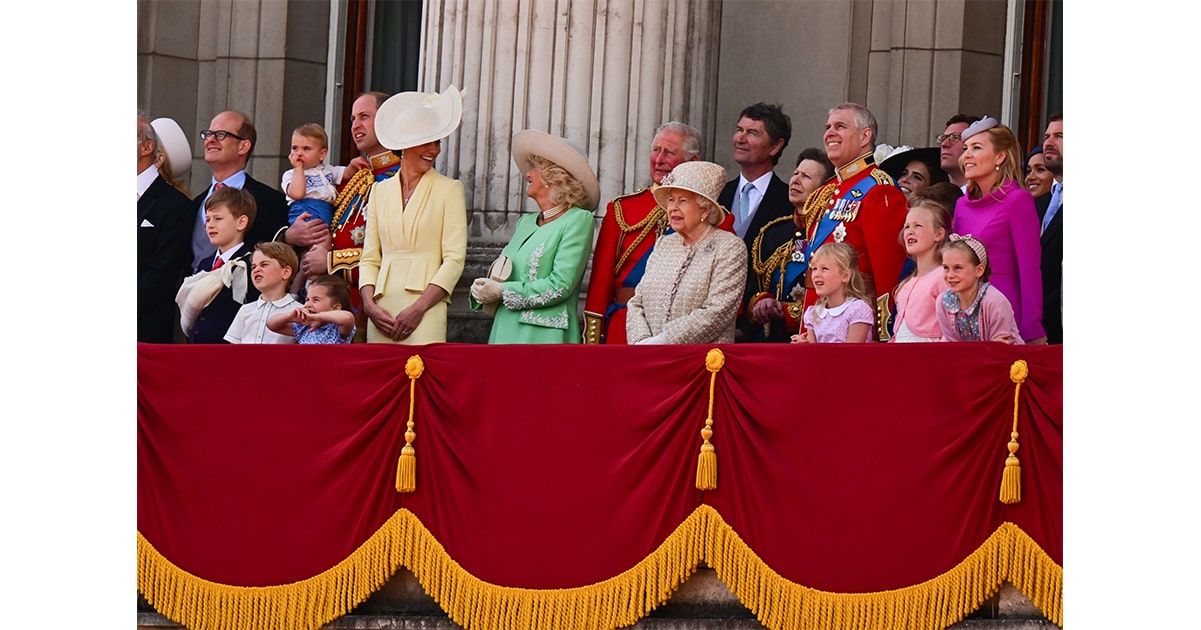 In amongst the chaos of it all, the members of the British royal household are tasked with the immeasurable job of trying to continue their normal lives.

For senior members – like Prince Charles, for example – it might just be another day in the age-old media storm that comes with being a royal. But spare a thought for new generation, including the children of Prince William and Kate Middleton, who are perhaps beginning to fathom just how different their lives are, and will be, from those of their subjects.

It turns out that even amidst the whirlwind of scandal, the young princelings and princesses are more than capable of making their own sorts of headlines.

This time, it’s Princess Charlotte, eldest daughter of the aforementioned Prince William and Kate Middleton, who has found herself in the spotlight, thanks in no small part to the outfit she was wearing on Easter weekend.

A little bit of digging has turned up a fascinating fact about an item of clothing she had on, and one that directly links her to her father in the most adorable way.

If you’re a fan of the British royals, as I am, you’ll likely have seen the photos from the Easter Sunday church service at St George’s Chapel in Windsor last weekend.

Though the Queen did not attend the event – she’s taken a prolonged break from duties to focus on her health – the royals were out in force.

As per Hello Magazine!, it was the young Princess Charlotte who stole the show in a gorgeous baby blue fitted coat dress from Emilia Wickstead.

The designer of the Princess’s outfit said: “It was such a pleasure to see Princess Charlotte looking so pretty in our Forget-Me-Not smocked dress as she attended the Easter Sunday Church service.

“With its classic hand-smocking design and smart Peter-pan collar, the dress has been in our collections for over 10 years, and with the sweet forget-me-not print symbolising remembrance and love, it is the perfect Easter outfit for any little girl to feel Spring-ready!” 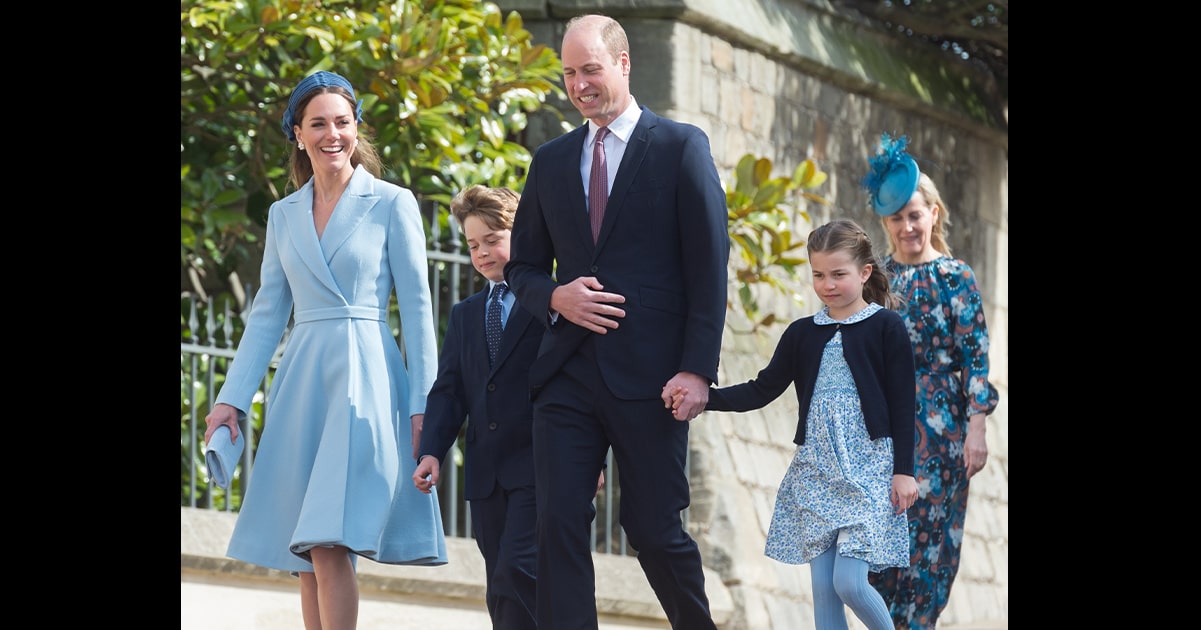 Now, princesses and princes being dressed up to the nines in expensive clothing for big events isn’t anything out of the norm, but there was a detail in the coat dress that Princess Charlotte wore that has certainly attracted attention.

According to Hello!, the piece Princess Charlotte wore was made in the same workshop as a smocked outfit worn by Prince William when he was a baby!

The outlet point to a specific picture taken in 1983 when Prince Charles and Princess Diana were pictured in New Zealand with William. In the photo, and Diana is seen cuddling her son, who is wearing a smocked outfit said to have been produced in the same workshop responsible for the coat Princess Charlotte wore at Easter.

Of course, this isn’t the first time the young princess has found herself in the news. Despite her tender years – Charlotte will turn seven years old on May 2 – she’s already used to being the subject of paparazzi photos whenever they get the chance to snap her.

Yet it was an official photo that caused the most stir last year, when Prince William and Kate Middleton released their official Christmas card.

The photo used in said card showed the happy couple along with all of their children, Prince George (8), Princess Charlotte (6), and Prince Louis (3). The picture was reported to have been taken while on a family trip to Jordan last year, and fans of the royal household were quick to point out the uncanny likeness Princess Charlotte shares with Queen Elizabeth.

An image then appeared of her alongside one of the Queen as a child to show just how much she does look like her great grandmother.

Royal fans go wild over Princess Charlotte's  resemblance to Queen https://t.co/nOuOBC394f via @Femail How grown up does Charlotte look, she’s just like her gan gan,

That in itself is a far cry from the experience Queen Elizabeth had when she was Charlotte’s age – the Queen received her education through private tuition.

In fact, a Girl Guides company, the 1st Buckingham Palace Company, was even established so that Elizabeth could socialize with girls her own age, while Princess Charlotte gets to mix with boys and girls learning all the core subjects, as well as art, ballet, drama, French, and music.

The Battersea-based school even offers after-school activities like fencing, pottery, and community gardening. 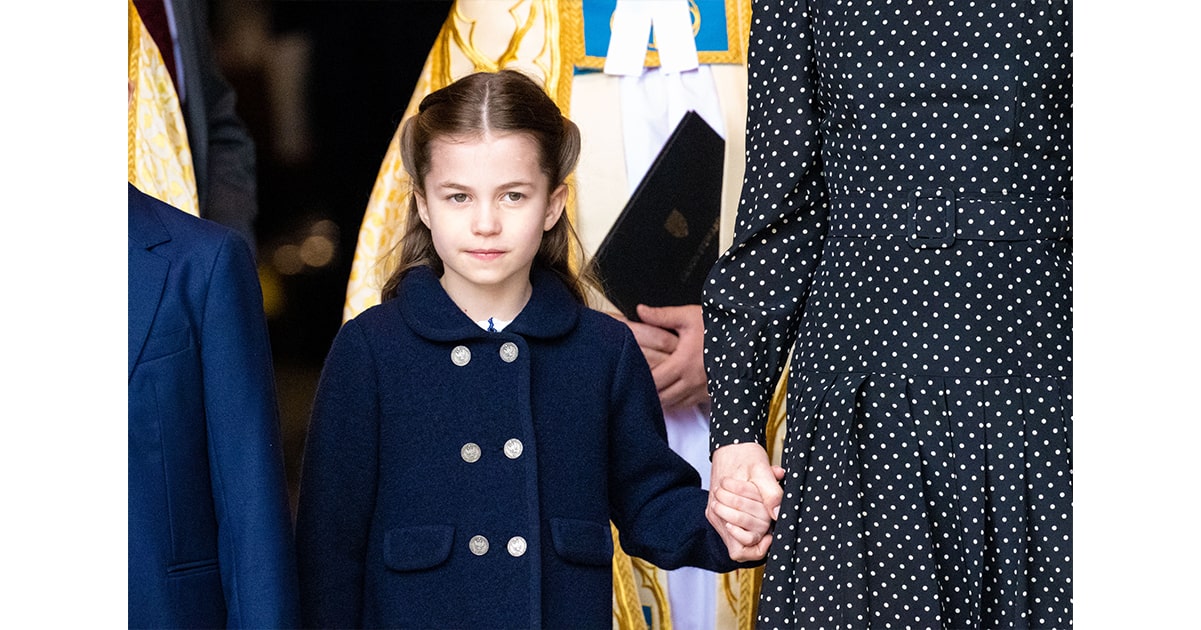 While we’re on the subject of Queen Elizabeth, it’s only right that we give an update as to her health, since her well-being has been the subject of rampant speculation since the passing of her husband, Prince Philip, Duke of Edinburgh, last year.

All told, Queen Elizabeth has ruled for more than 70 years – yes, that’s a deal longer than the majority of us have even been alive – and, though she’s shown signs of perhaps slowing down in recent months, she’s still every bit the remarkably stoic figure we all know and love.

Of course, it hasn’t all been easy for Her Majesty. The last two years alone have seen her face enough trials and tribulations for a whole lifetime. Given her advanced years, one would be forgiven for thinking that she might be best served handing over the reins.

The Queen has been forced to cancel or forego several high-profile engagements over the past few months, with sources at Buckingham Palace stating that she should “not be expected” at any future public events ahead of time.

As such, there was much talk concerning the way the Queen might choose to spend her 96th birthday. Well, as per the Daily Mirror, we finally have an answer to that question.

A royal source reportedly explained: “The Queen decided very recently that on her birthday she wanted to be as close as possible to her late husband and in an environment that was very close to both of their hearts.

“Sandringham holds so many special memories for the Queen and Prince Philip as well as the rest of the royal family.

“It’s certainly a positive step that Her Majesty is feeling well enough and rested to enjoy her upcoming mini-break which she thoroughly deserves to celebrate her birthday.”

Official photos have now surfaced from the Queen’s 96th birthday, including one where she can be seen beaming in between two immaculate white horses.

Queen Elizabeth was last seen in public on March 29, when she attended a memorial service for her late husband.

I don’t know about you, but I simply can’t get enough of the British Royal Family. Personally, I think the future of the monarchy is in great hands thanks to Prince William, Kate Middleton, and their beautiful children.

Are you a fan of the Royal Family? Let us know your thoughts in the comments box on Facebook, if so.