The Queen’s Platinum Jubilee was held over four days, with festivities and activities commemorating her seven-decade rule.

The event came to a close with a new appearance by Queen Elizabeth on the royal balcony, as well as a concert that brought the royal family together.

Prince Louis, the queen’s four-year-old great-grandson, performed once more, much to his mother, the Duchess of Cambridge’s chagrin.

At the celebrations honoring his great-grandmother, Prince Louis becomes agitated.

When the symphony failed to hold his attention, the tiny prince disregarded all royal tradition and revolted in every way possible.

Prince Louis fought to control his expression and made faces like any other four-year-old, much to the pleasure of the photographers present. 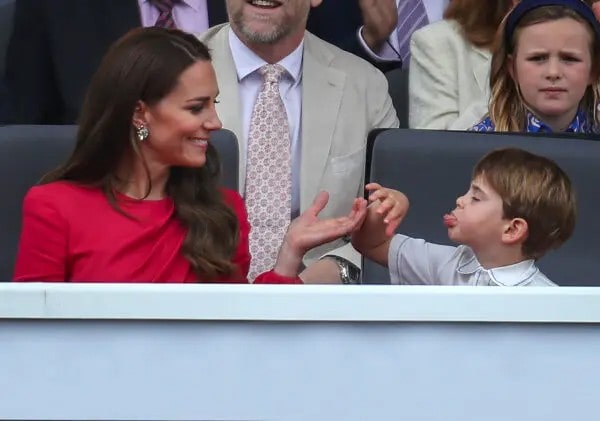 The Duchess of Cambridge was initially delighted by her child’s behavior before becoming overwhelmed by it. She is seen giving her son chocolate candy at one point, but she only manages to hit him in the chair for a few moments. 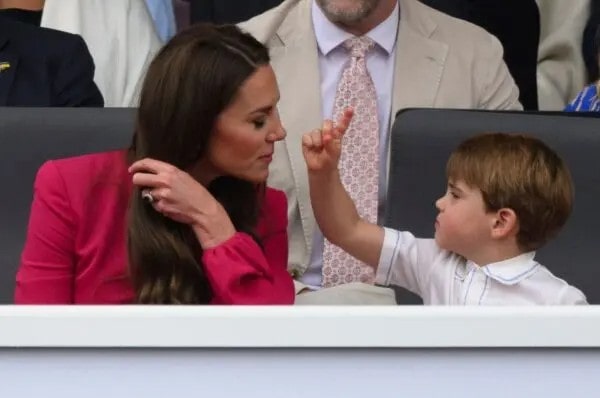 The Duchess “placed” her father’s little prince, Prince William, and later his grandfather, Prince Charles when she noticed Louis had lost his cool.

Only the latter was able to bring the young prince to a reasonable level of serenity. Louis is seen in his grandfather’s arms at the conclusion of the event, smiling heartily and amused by what he is undoubtedly telling him. 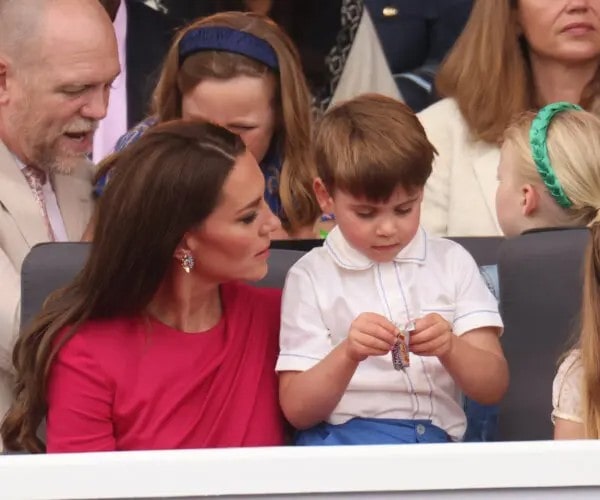 Furthermore, it is self-evident that he is a royal offspring; after all, a four-year-old is still a youngster!

Prince Louis threw a pillow near the end of the ceremony, which led Kate out of the crowd.