A San Diego resident couldn’t wait to post an ultrasound photo that was taken of her unborn child five months into her pregnancy. When she did, messages from her followers began pouring in. 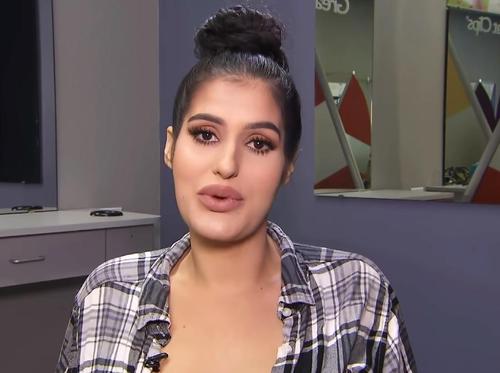 According to Fox 5 San Diego, many of the people who saw the ultrasound photo told Shantel Carillo, the soon-to-be mom, that an angel appeared to be giving her baby a kiss. Naturally, those comments moved her to thoroughly examine the photo more closely.

After inspecting the ultrasound image, Shantel couldn’t believe what she saw. The angel her followers saw in the photo appeared to be her deceased father. 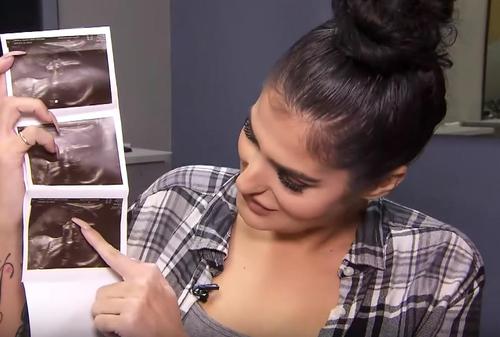 After she quickly searched for a picture of her dad, she found one of her father looking down at her first child, which was also a girl and an infant when the photo was taken. The ultrasound photo looks so closely the same as the photo of her dad and her first daughter, it’s enough to give you goosebumps.

“It has his nose, his little chubby cheeks, his little double chin, and my dad wore a hat like all the time. It looks like the bill of his hat and his lips are just touching hers so perfectly,” said Carrillo to Fox 5. 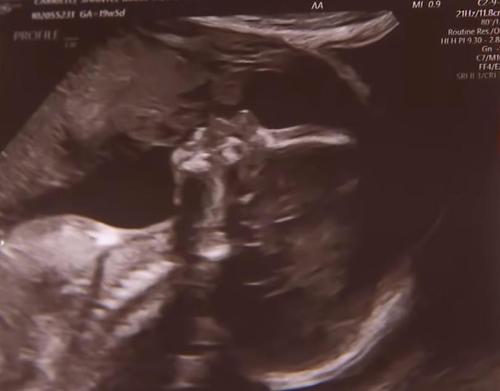 Shantel’s father passed away in 2016 from a heart attack, but as you can see from the ultrasound, his soul is alive. His daughter feels he would be thrilled about her second pregnancy, and she thinks that he has made an effort to be part of the blessed event. She also believes he’s watching over her and her unborn child as she told Inside Edition.

What do you think about the ultrasound photo? Tell us your thoughts below. Pass this article on to your friends and family to see what they think.