Elvis Presley and Buddy Holly are widely considered to be two of the biggest rock ‘n’ roll stars of all time. However, during the ’50s and ’60s, there was another artist who might just have been equally as popular: Tommy Steele.

The London native rose to fame in the mid-1950s with his band “The Steelmen” climbing high up in the charts. In fact, he hung out with Elvis plenty during those days, and for decades held on to a very well-kept secret about “The King”.

Elvis Presley was said to have never traveled to England. However, that isn’t true at all according to Steele, who recently revealed what really went down. 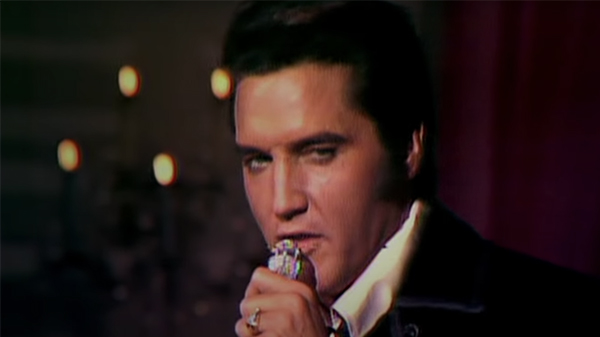 Some still debate whether Tommy Steele is a genuine “rock ‘n’ roll star” at all. There are those who claim that he should be put in the “pop” department of music. Yet for many others, he will always be a true rock ‘n’ roller.

Tommy Steele became one of the first – if not the first – rock ‘n’ roll stars from England. Still to this day, he’s a showbiz legend.

Besides going from working on a ship to becoming a celebrity musician, Steele also got to meet, and became good friends with, one of the all-time greats, Elvis Presley.

In fact, Steele and Presley have shared quite the secret for the past 50 years. Now, though, it has come to light.

But how did Tommy become a star in the first place? What happened, and why doesn’t he care about money? Here’s all you need to know about him! 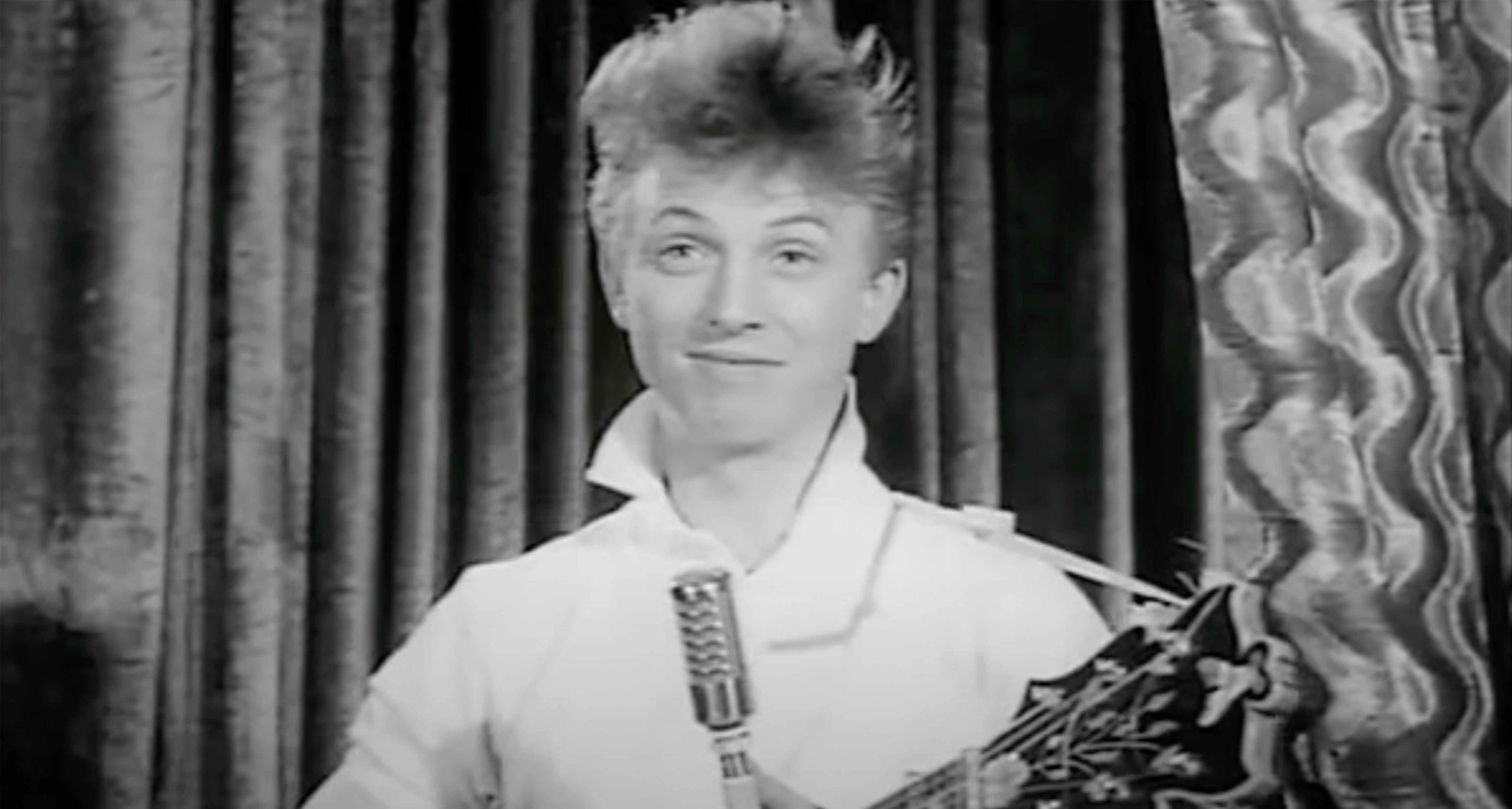 Tommy Steel was a showman in his early days. However, it wasn’t until his late teenage years that he actually came into contact with the entertainment business for the first time.

Born Thomas Hicks on December 17, 1936, in Bermondsey, London, England, he grew up in a working-class house with his two parents. As a young child, he endured a tough period where he spent plenty of time in the hospital.

“The war had been over three or four years, and I was trapped in a hospital bed,” he recalled. “It was only when these red spots exploded on my ankles the docs realized I had the King’s Disease.

“When I learned of the madness I panicked – and so did my mum.”

Steele was treated successfully by doctors, and even though he later developed both meningitis and cardiomyopathy, he had the world at his feet.

Since he had spent years in the hospital bed, Tommy felt that he had plenty of time to make up for. He had also been left amazed by show business at an early age, with his parents often taking him to the London Palladium to see shows.

“I was wonderstruck. It was so plush and wonderful, and by the time the curtain went up, it was gods who were walking on stage.” 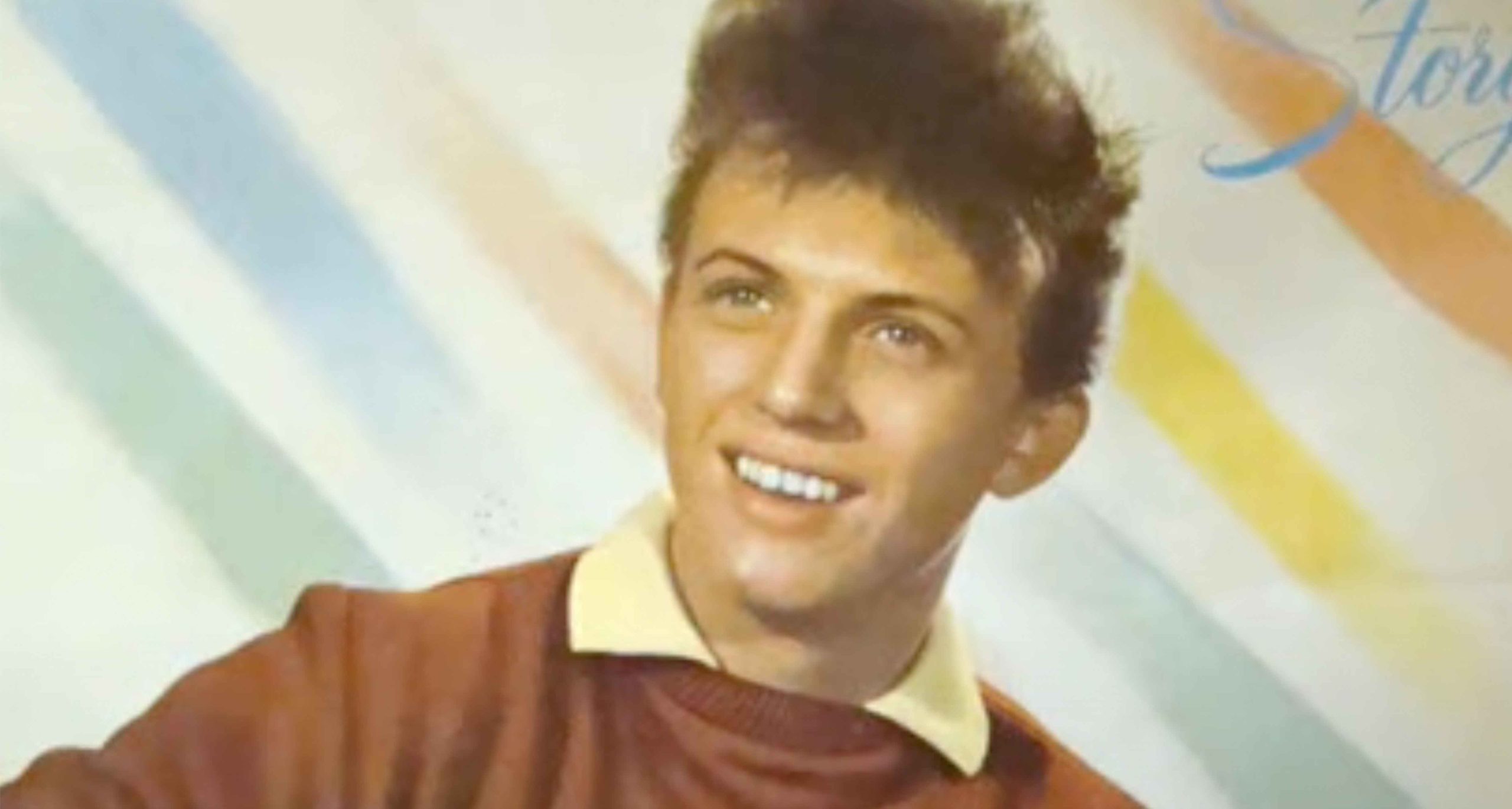 Even though he loved watching, Tommy’s fascination with the stage also had a downside.

He explained: “Not because I didn’t love this world, but because I did so much, and couldn’t get up there on stage because I wasn’t a child star like Mickey Rooney. I didn’t think you could be English and be a star. I got on the Bermondsey bus and forgot about the dream.”

Still, in the back of his head, the dream of working in show business was there. He sang at different parties as a kid, and when he joined the Merchant Navy at 16, he continued to perform on the boat.

Another sailor taught him three chords, armed with which he could play pretty much every country song ever written.

Steele traveled the world and soon arrived in the US. This was a significant, as he got to see his first country show in West Virginia. On stage was none other than Buddy Holly. Tommy Steele was hooked.

“When we got New York I bought the sheet music to a load of rock ’n’ roll songs and by the time I got back to London I could play them all.”

It was obvious that Steele had talent, and just days after arriving in England, he appeared on stage on the “2i’s Coffee bar in Soho, London. Rock ‘n’ roll wasn’t really a thing at this time in London. 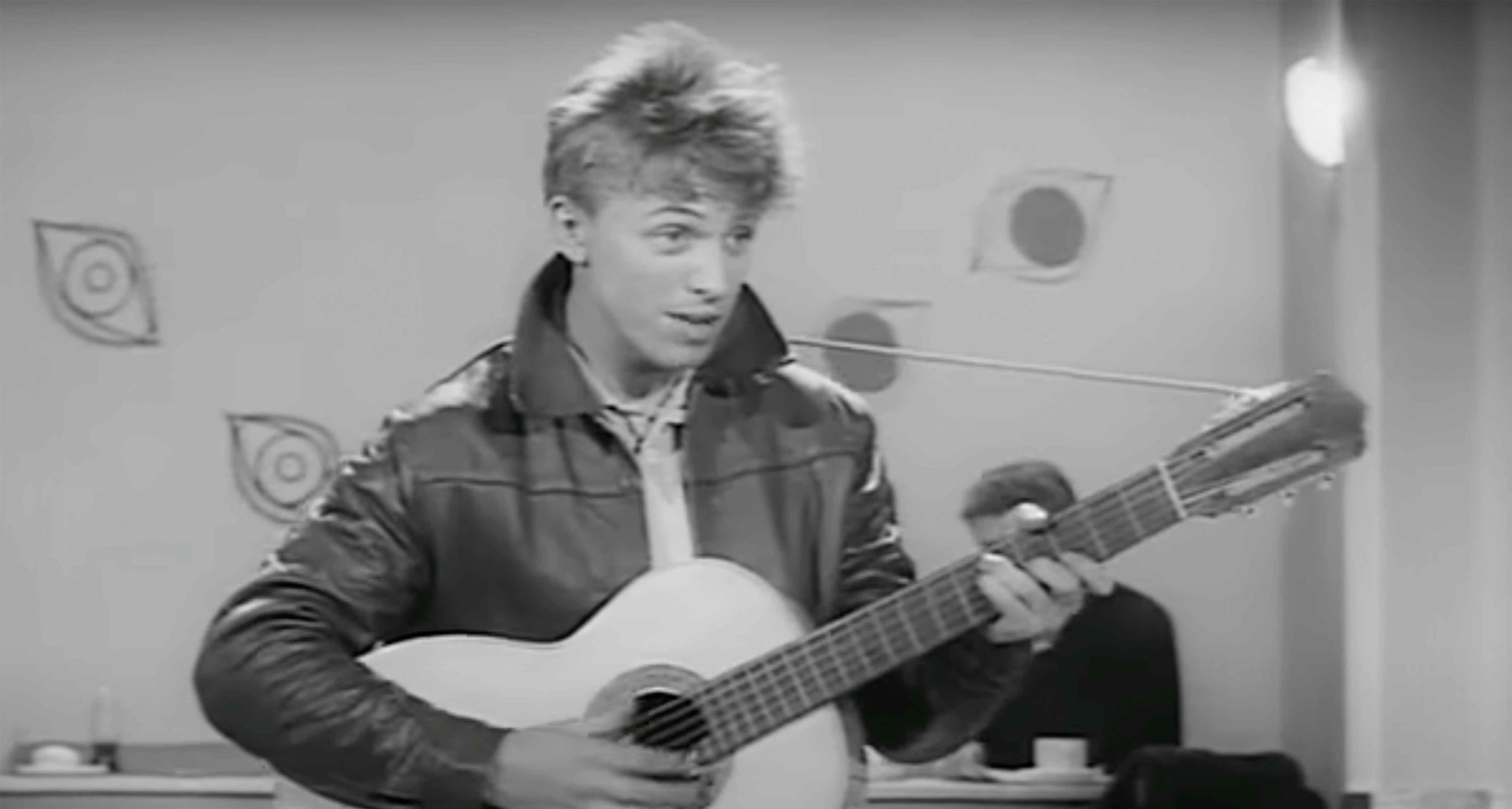 However, Steele changed that. He had heard Blue Suede Shoes in the US and decided to perform it at the coffee bar. People were amazed; they had never seen anything like it.

From there, his life took a turn. In October of 1956, just weeks after his first performance, he walked into Decca Records and recorded the single Rock With the Caveman, which reached No. 13 on the UK Singles Chart.

“All of a sudden, I’m the first rock ‘n’ roll singer because no one my age played guitar or could sing country in England,” Tommy told the Daily Record in 2008.

Tommy Steele worked within the Merchant Navy, but didn’t do any military service. According to his autobiography, he failed his medical for the military because he had flat feet.

Instead, he could fully focus on his music, and after releasing his first single, his career skyrocketed.

After Rock With The Caveman, Steele continued to record music. At the time, as reported by Vintage Music, many British artists were recording hit songs from the US before they had the chance to become hits in the UK.

In that vein, Tommy released several covers including Singing The Blues. Yet there was one person that neither he – nor any other British artist – could beat. Elvis Presley dominated the charts – not long after, the two musicians crossed paths. 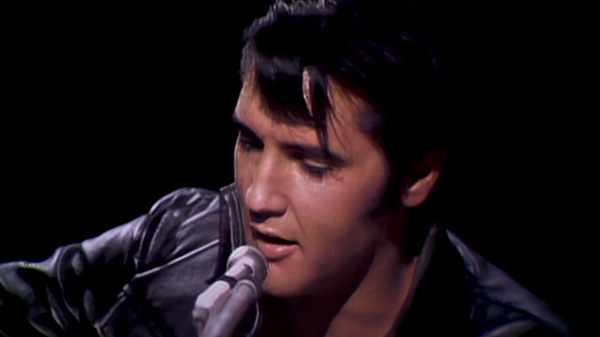 In 1960, Elvis Presley made a transit visit to Scotland. The stop occurred at the Prestwick airport on Elvis’ way home from army service in Germany. For more than half a century, this was accepted as the only time that “the King” visited the UK.

But in fact, that wasn’t true at all, and Tommy was in on the secret for decades.

It turned out that Elvis Presley had visited the UK two years earlier, in 1958. The same year, “The King” had starred in the film King Creole and was already a huge international sensation.

Everywhere he went, Elvis needed military guards to protect him from the fanatic fans.

On BBC’s Radio2, Steele’s longtime friend and producer revealed that the two musicians met in 1958, and went on a sightseeing tour of London.

“I remember [Tommy] telling me about when Elvis came to England very quietly,” Kenwright said, as quoted by The Guardian.

“Evidently Tommy got home one night and the phone rings. A voice says, ‘They tell me you’re good.’ Tommy says, ‘Who’s this?’

Kenwright continued: “‘Elvis’ says the voice. ‘Get outta here,’ says Tommy. ‘Are you as good as me?’ says Elvis … and they started this mock rivalry.” 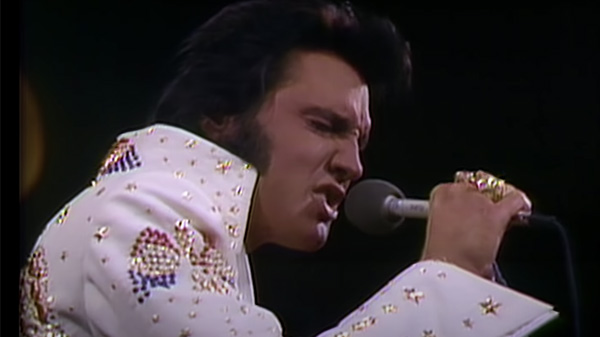 “It all came from that. It’s quite something isn’t it – the thought of them wandering around London together? But the impression I got was that they never got out of the car… It was more like, ‘There’s Buckingham Palace… there’s the Houses of Parliament.’

Took Elvis on a sightseeing tour

“Tommy is a very private person who doesn’t go into the past. It’s only me who makes him talk about it.”

Speaking with the Daily Mail, Steele, meanwhile, was very discrete about the alleged meeting with Elvis.

“What actually happened many years ago is something secret and memorable,” he said. “It was an event shared by two young men sharing the same love of their music and the same thrill of achieving something unimaginable.

“I can only hope he (Presley) can forgive me.”

Tommy left the music scene at quite an early stage. Instead, he – just like many other artists – went into the film business. In the late 1950s, he starred in several films, and later, upon visiting the US, felt that musicals were his thing.

He starred in several classics, including Singin’ In The Rain, and if you thought his creative spirit had reached its peak, you’re wrong. 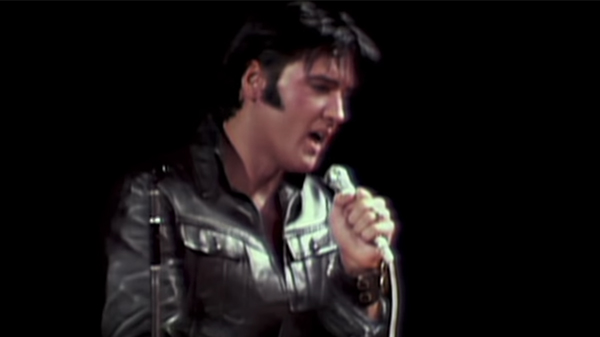 Steele even went into sculpturing, creating the Eleanor Rigby statue in Liverpool to honor The Beatles in 1982.

Even though Steele performs to this day, his life in show business isn’t an overly talked about one. In fact, some might argue that he’s been largely forgotten.

Tommy Steele: “Elvis is the greatest”

One of the countries where Steele had a tremendous amount of success was Sweden. In 1958, Swedish newspaper Bildjournalen had its readers vote between Tommy Steele and Elvis Presley over who was the true rock ‘n’ roll star. Steele won the vote, which left many Elvis fans very upset.

“[Elvis] called me and asked if I’d heard that you could vote on who was the best one of us in Sweden,” Steele recalled. “Even though he is, and forever will be, “The King”, I bloody won.”

Steele became “England’s own Elvis Presley”, turning into a true rock star. Even though he left the traditional music stage at an early age, he’s always followed his passion, performing in musicals, as well as composing and acting.

Though he’s had a very successful career, the feeling of being one of the biggest stars of the ’50s is special. Not to mention competing with Elvis himself.

“It was all about me and Elvis, we were the guys that gave 1950 its rock ‘n’ roll face, and we succeeded,” he recalled.

“Elvis was my friend, and there was never a rivalry between us. We did our thing, and there was plenty of room for both of us. But Elvis is the greatest, he is and will forever be “The King”. He already knew it back then.”

Tommy Steele is a true star, and we hope that his legacy will live on for many years to come.

Please, share this article with friends and family to honor “The British Elvis!”