At this point, it’s fair to say Oprah Winfrey has enjoyed a long and very successful career. These days, she enjoys spending time with her partner Stedman Graham in their Montecito mansion.

At the same time as Oprah’s enjoyed plenty of success, she’s had hair fair share of hardship over the years. In fact, the legendary television host revealed recently that she doesn’t actually have that many friends at all.

So why is that? According to Oprah, there’s a simple explanation. 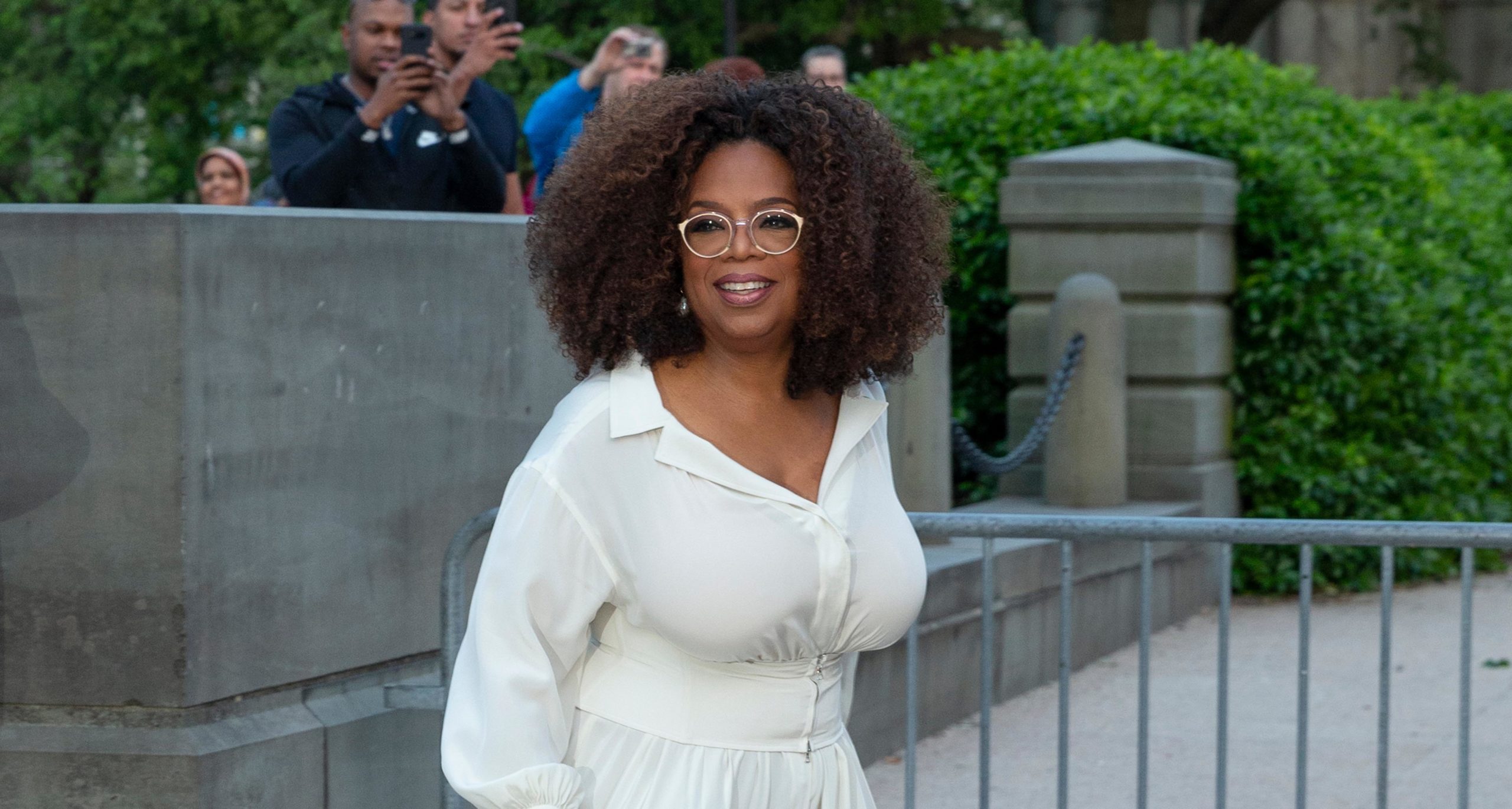 Oprah Winfrey looks to finally be slowing down after a long, busy and very successful career. She started off by working as a television journalist, co-anchoring the six o’clock headlines on WJZ-TV. However, she was dropped from the gig and moved on to work at the news desk, where she was yelled at every night by an editor.

She says that helped her further down the line.

“In the end, I didn’t get fired, but I did get demoted to the talk show … which was seen as a big demotion in those days. And that’s where it all began. So, I thank him. He was inadvertently a guiding light.”

Oprah got the job hosting the television show People Are Talking, which became a big hit. After eight years, she went on to do a talk show in Chicago called AM Chicago, which in 1986 was renamed The Oprah Winfrey Show.

Oprah came into a television industry that was flooded by white males. As a young black woman, she was a pioneer in the field, and her presence soon became what can be referred to as a revolution.

The Oprah Winfrey show became a stalwart of TV, attracting millions of viewers. Oprah interviewed more than 37,000 people on her talk show during the 25 years it aired, from average Joe’s with everyday problems to Michael Jackson and President Obama.

There was quite literally someone from every walk of life on the show at one point or another. 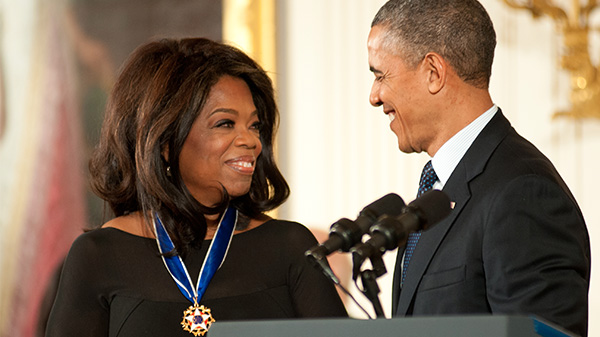 The Michael Jackson interview actually became one of the most-watched interviews in TV history, with more than 90 million people tuning in.

“It was the most exciting interview I had ever done,” Oprah said. “We are coming in the gates of Neverland, and it’s like a moment in The Wizard of Oz.

“It was literally like going to see the wizard. We couldn’t believe it. I felt like a kid.”

Oprah signed a new contract to continue The Oprah Winfrey Show through the 2010-2011 season. At the time, the show could be seen on more than 200 US stations and in more than 100 countries worldwide.

In 2011, when her contract expired, Oprah decided to end her show after 25 successful years.

Then, in 2013, she was awarded the Presidential Medal of Freedom by President Barack Obama.

Oprah has met thousands of people in her life, both on stage and in her private life. However, she isn’t quite the friendship magnet you might think she’d be. 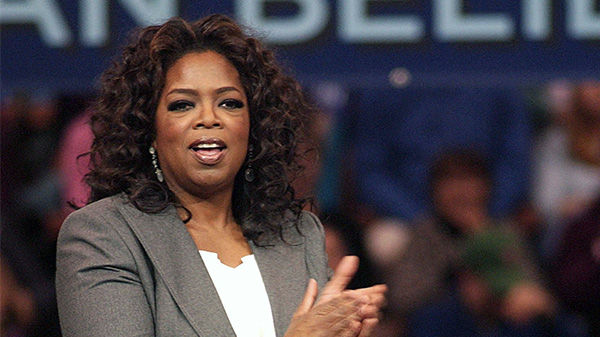 Speaking on the podcast Making Space, Oprah explained that she doesn’t have that many friends. Instead, she focuses on a small circle of people, and for a good reason.

Reveals she doesn’t have many friends

“So, I don’t have a lot of friends. Everybody knows Gayle [King]. There’s Gayle, there’s Maria, there’s Bob [Greene]. And that’s, that’s about it, you know? Gayle and Maria I met around the same time and I never really expanded that circle. Until recently, I’ve become friends with a couple of people in my later adult life, in the past five years,” she explained.

Now, having many friends isn’t that important, but having friends around you that really care is. When Oprah’s friend Gayle King divorced her husband in the 1990s, she went on to become what they describe as “the third-wheel” to Stedman and Oprah.

“I’m a proud third wheeler,” Gayle said. “I make no apologies for that. I got divorced back in 1994 and I’ve been their third wheel ever since. The good news is that Stedman is always very welcoming, so it never occurs to me when she says, ‘We’re going to so and so,’ I’m like, ‘When?’

“It doesn’t occur to me that I’m not invited,” she added. “But throughout the years, we’ve gone on some great trips together. And that’s not gonna change.” 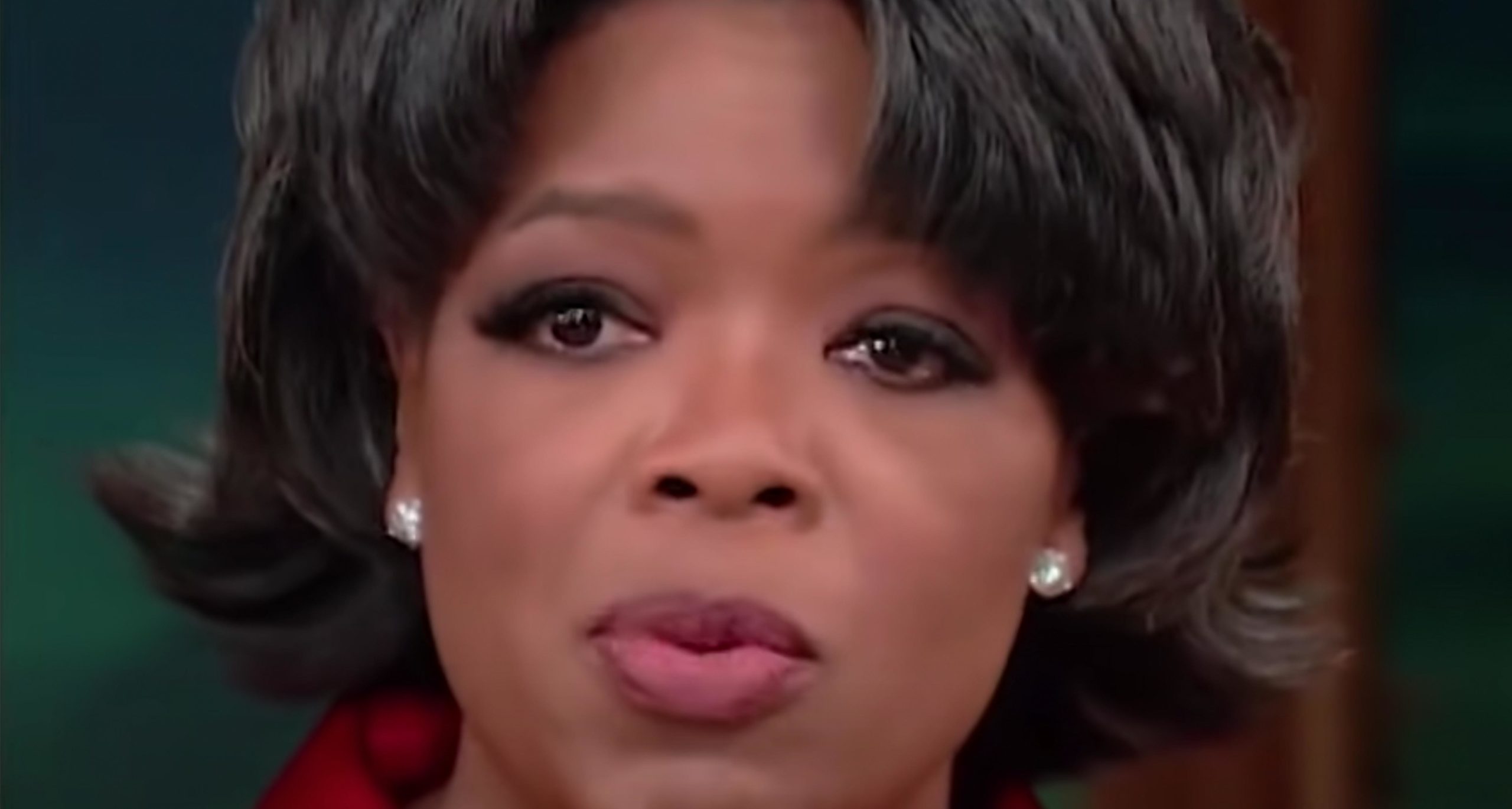 Oprah has been together with her partner Stedman Graham for more than 30 years. She met the business executive and author at a charity function in 1986, and the pair went public with their relationship shortly after.

He even called into The Oprah Winfrey Show in 1987 to surprise her, asking his girlfriend: “I don’t know if you recognize my voice or not?”

In 1992, Graham proposed to Oprah in her home in Indiana.

“I want you to marry me,” he told her, according to People. “I think it’s time.”

The couple were all set to get married the following year, only to decide not to go through with it in the end.

Oprah and Stedman have stayed together through all these years. Yet, according to the talk show host, they wouldn’t still be a couple if they had gotten married.

“He’s never demanding anything from me like, ‘Where’s my breakfast? Where’s my dinner?’ Never any of that, which I believed would have changed had we married,” Oprah Winfrey said according to Yahoo.

“No question about it — we would not stay married, because of what that would have meant to him, and I would have had my own ideas about it. I have not had one regret about that.”

Oprah doesn’t have children. After she got engaged to Stedman, however, she admits she thought about it. 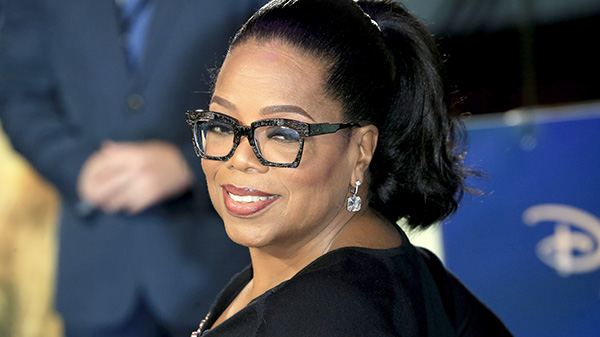 “At one point in Chicago, I had bought an additional apartment because I was thinking, ‘Well, if we get married, I’m going to need room for children,’” Winfrey said.

But something made her change her mind. At the time, she was busy with The Oprah Winfrey Show, and explained that her time on the show helped her to see that motherhood requires serious responsibility and “sacrifice.”

Because of that, she holds mothers in the “highest regard”. Oprah tries not to look back and wonder about what might have been.

“I realized, ‘Whoa, I’m talking to a lot of messed-up people, and they are messed up because they had mothers and fathers who were not aware of how serious that job is,’” she explained.

“I don’t have the ability to compartmentalize the way I see other women do. It is why, throughout my years, I have had the highest regard for women who choose to be at home with their kids, because I don’t know how you do that all day long. Nobody gives women the credit they deserve.”

Many tourists go past celebrity houses in the Hollywood area, looking at the big mansions in Bel Air, Calabasas, or Hollywood Hills. Celebrities – everyone from famous actors to singers and other performers – usually have their property surrounded by big fences and trees, so that people can’t get too close.

Oprah also has that, though she left the Hollywood scene a long time ago. 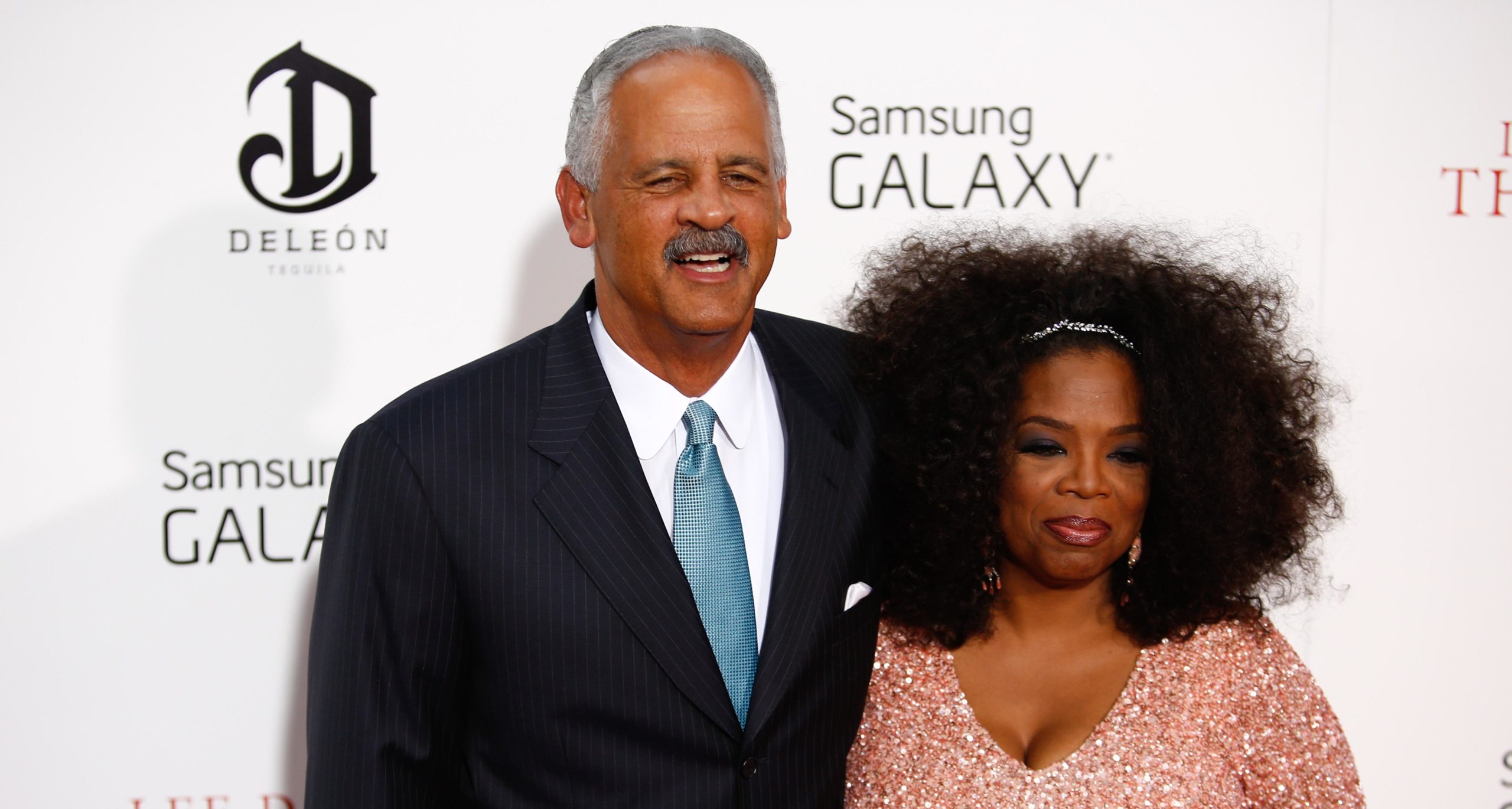 Back in 2001, Winfrey was invited to a party hosted by Robert and Marlene Veloz at their home in Montecito near Santa Barbara, California. The 42-acre property was remarkable. Oprah Winfrey fell in love right away.

Where does Oprah Winfrey live?

She decided she wanted to own the house. Though it wasn’t on the market, she paid the owners almost $52 million dollars to make it hers.

Today, the estate is said to be worth a staggering $100 million.

Montecito is full of huge mansions, and people like Ellen DeGeneres, Jeff Bridges, and Julia Louis-Dreyfus all have properties in the area. It features long stretches of a wonderful Pacific Ocean coastline. The nearby city of Santa Barbara, meanwhile, offers a wide range of restaurants and cute boutiques.

However, Santa Barbara isn’t Los Angeles. The stress of living in a big city is probably one of the reasons why many celebrities, including Oprah, decide to live in Santa Barbara, where things are far quieter. There aren’t as many paparazzi besides, and the locals don’t seem to care that a celebrity is standing behind them, ordering coffee or queuing for the toilet.

Oprah has the pleasure of living in a great community where she’s afforded the privacy she wants.

She decided to rename her property “The Promised Land”, and that’s not the only biblical reference she’s implemented. 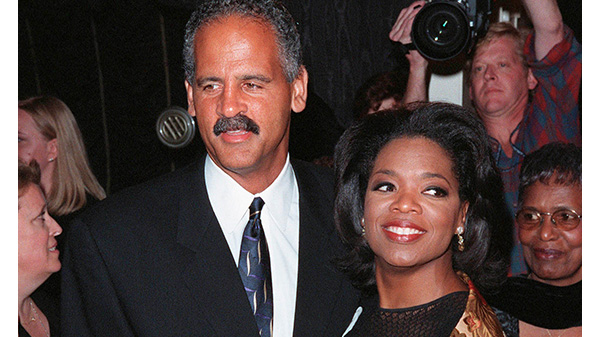 On her property, she made room for the 12 apostles that take the form of 12 giant mature oaks. She decided to symbolically name them “the Apostles,” according to Vogue.

Tribute to her grandmother

The path down to the trees is called “Hallelujah Lane,” and on her Instagram page, Oprah has shared photos of one of the amazing trees.

Growing up, Oprah said she only had a hydrangea bush in front of her grandmother’s porch. And that’s why she’s planted thousands of white hydrangeas along Hallelujah Lane to honor her grandmother.

On her wonderful estate, the long-time talk show host also has her own vegetable garden, which she harvests herself.

“I can get excited over little things,” Oprah said. “Just the bounty of it, the fact that this just came out of the ground.”

Oprah Winfrey is one of the greatest television hosts of all time, and we truly miss her wonderful show.