When actress Cote de Pablo announced that she was leaving NCIS after its eighth season, many fans were worried about the show’s future.

She had been a hugely popular character, and suddenly a new actor was being brought in to replace her.

That individual turned out to be Emily Wickersham, and it didn’t take long before fans were praising the 38-year-old for her performances as Special Agent Ellie Bishop.

Wickersham came into the NCIS team and became a well-respected and appreciated co-worker of the cast. Then, after 171 episodes, she suddenly left the show in 2021.

So what happened to Emily? And what was the reason behind her leaving NCIS? Here’s all you need to know about her! 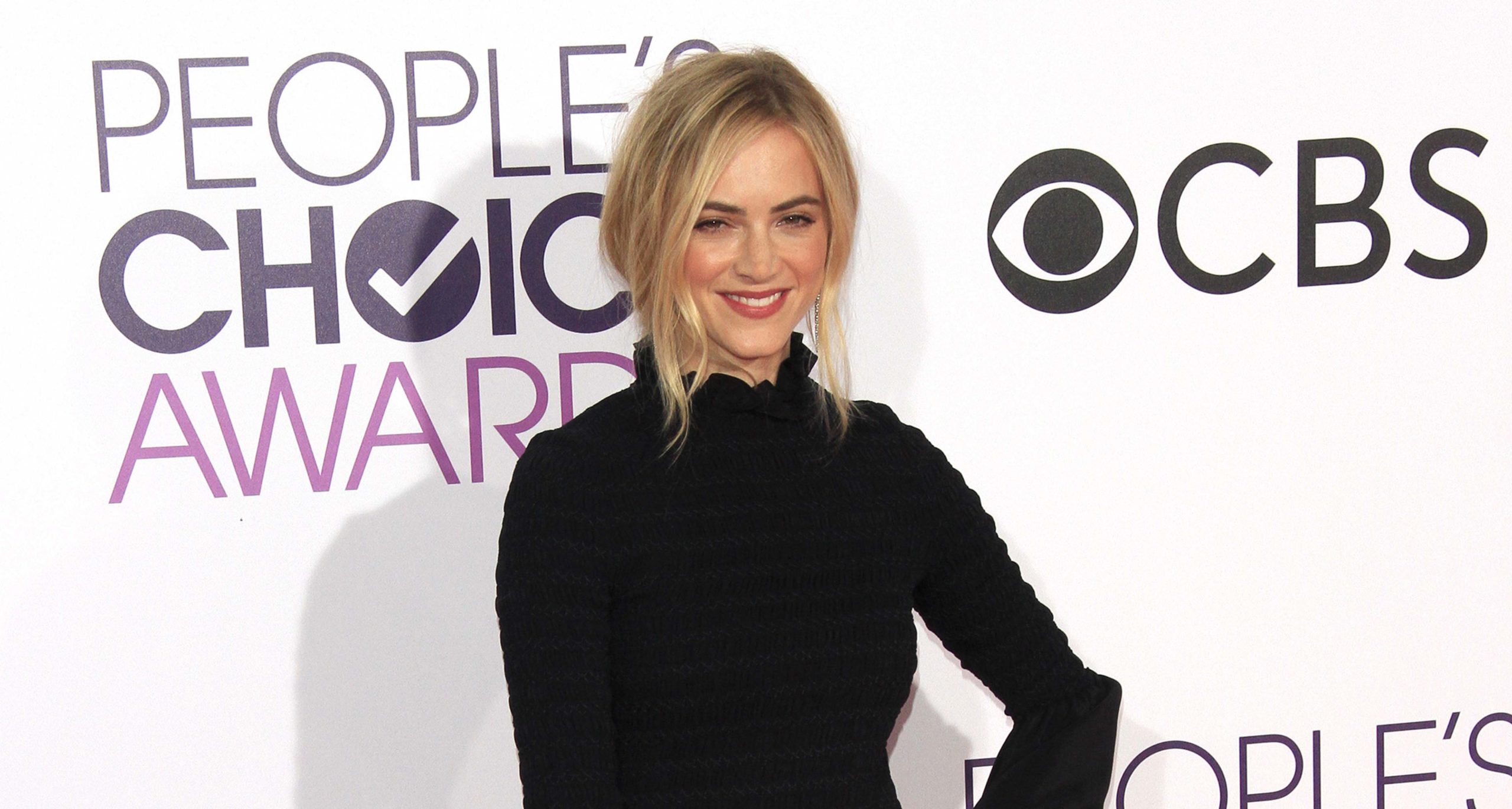 Emily Wickersham was born in Kansas on April 26, 1984. Her father’s side is from Kansas; her mother’s from Chicago – when she was young, the family relocated to Chicago.

As she started first grade, Emily’s family moved to Mamaroneck, just outside of New York City.

From a young age, Wickersham showed great athletic potential. She described herself as a “tomboy,” playing all kinds of sports such as tennis, soccer, volleyball, and track.

As a youngster, she didn’t have a career as an actress in mind. She enrolled at Muhlenberg College in Allentown, Pennsylvania, though decided to drop out after two years.

“Then I was in New York – just kind of living in the city, not really knowing what I was going to do – and I started taking acting classes because I felt like, ‘If I’ve dropped out of college, I should probably do something worthwhile and challenge myself,’” Emily told CBS.

“Before that, acting had not been on my radar at all.”

“I [loved it right away]. I mean, I found it challenging,” she added. “It was hard for me because at first, I didn’t really know what I was doing. But with acting, you get the bug; it’s intoxicating. I started getting smaller roles, TV and film auditions and didn’t want to stop.” 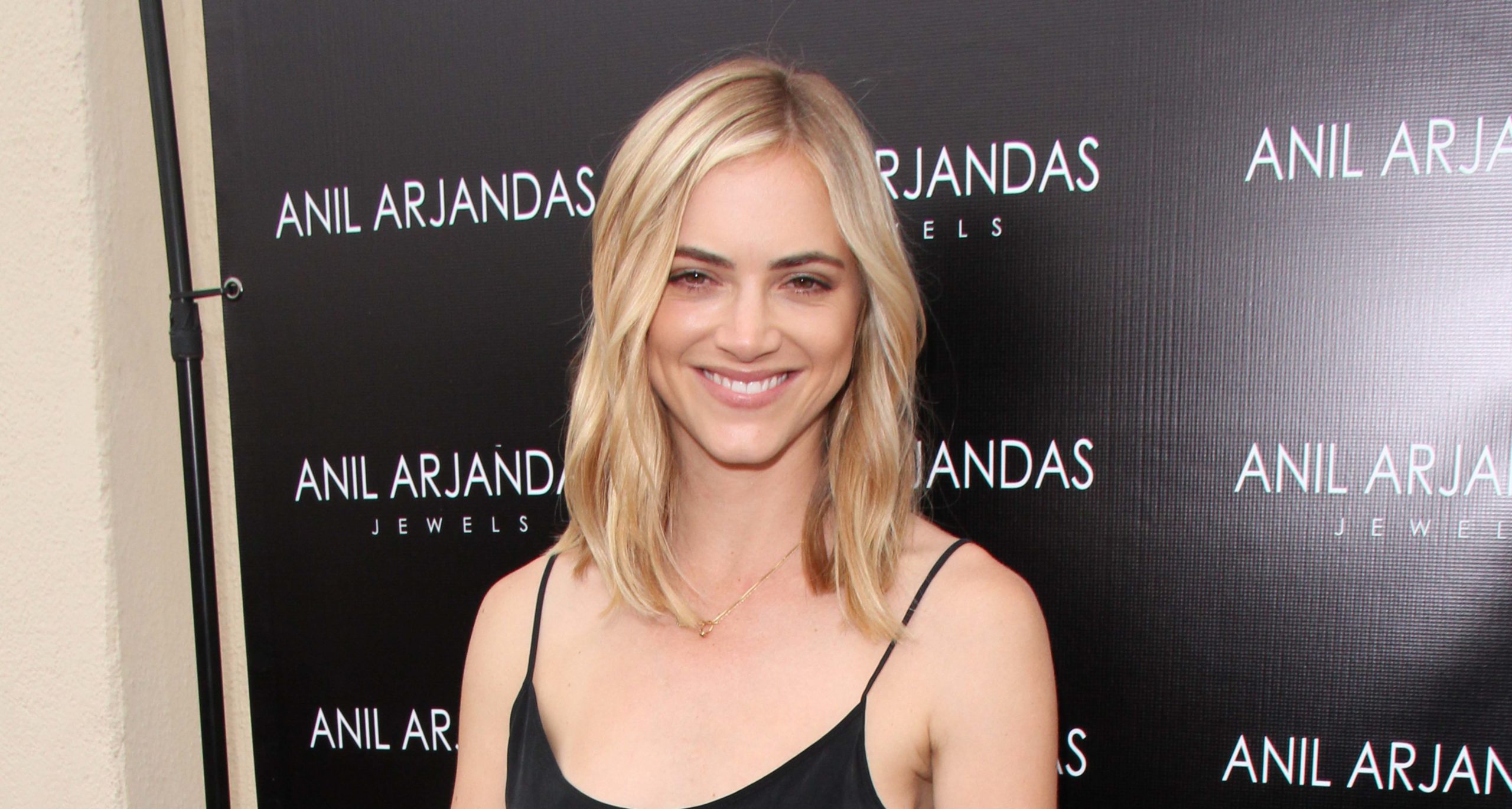 In the beginning, Emily was not used to standing in front of a camera. In fact, she recalled turning “red at the drop of a hat” when she had to read something aloud in school. Naturally, then, acting was a huge challenge.

Guest starred on ‘The Sopranos’

“I was out of my element, but intrigued and interested in learning more,” she said.

“During that time, I met a modeling agent who sent me out on modeling and commercial auditions, and then on film and television auditions,” she said. “Soon after, I booked one of my first parts, and it was on The Sopranos. After being on The Sopranos, I was totally hooked and just wanted to do more and more.”

Yes, you read that right. Emily landed the then-biggest role of her career on the legendary show The Sopranos in 2006. She appeared in four episodes as Rhiannon Flamme – a friend of Anthony John “A.J.” Soprano Jr.

“The Sopranos was kind of a crazy experience for me,” she explained. “I had no idea what I was doing. I mean, I think if I was aware of all that now, I don’t think I would have got the part.”

“‘The Sopranos,’ to me, and I think to most people out there, is like the ultimate TV show… so I think it does grab a lot of people’s attention.”

Emily had moved across the country to Los Angeles, on the west coast, at that point in her life. It was a big move for her, as her family still lived in New York.

Starred as Ellie Bishop on ‘NCIS’

Following her stint on The Sopranos, Wickersham appeared in another series called The Gamekillers. In 2007, she made her film debut, starring in Gardener of Eden. Other minor film roles followed.

Two years later, she made a guest appearance on Criminal Minds. As we all know today, it wouldn’t be the last time she was to appear on a crime television show.

In 2013, Emily got her big breakthrough when she replaced actress Cote De Pablo – Zita Davis – on NCIS. De Pablo decided to leave “out of respect for the character she had grown to love.” She was a beloved member of the CBS franchise, and fans were naturally worried about who was to replace her.

Wickersham’s manager and agents heard of the auditions for the role of Ellie Bishop on NCIS.

The first audition went well – and not long after, Emily found herself in the same room as some of the big stars on the show.

“I auditioned, was called back, and then actually acted out some of the scenes with [Mark Harmon] and other cast members,” she said.

“I remember getting the call that I got the part; it was pretty incredible. Then it was a matter of keeping the job.” 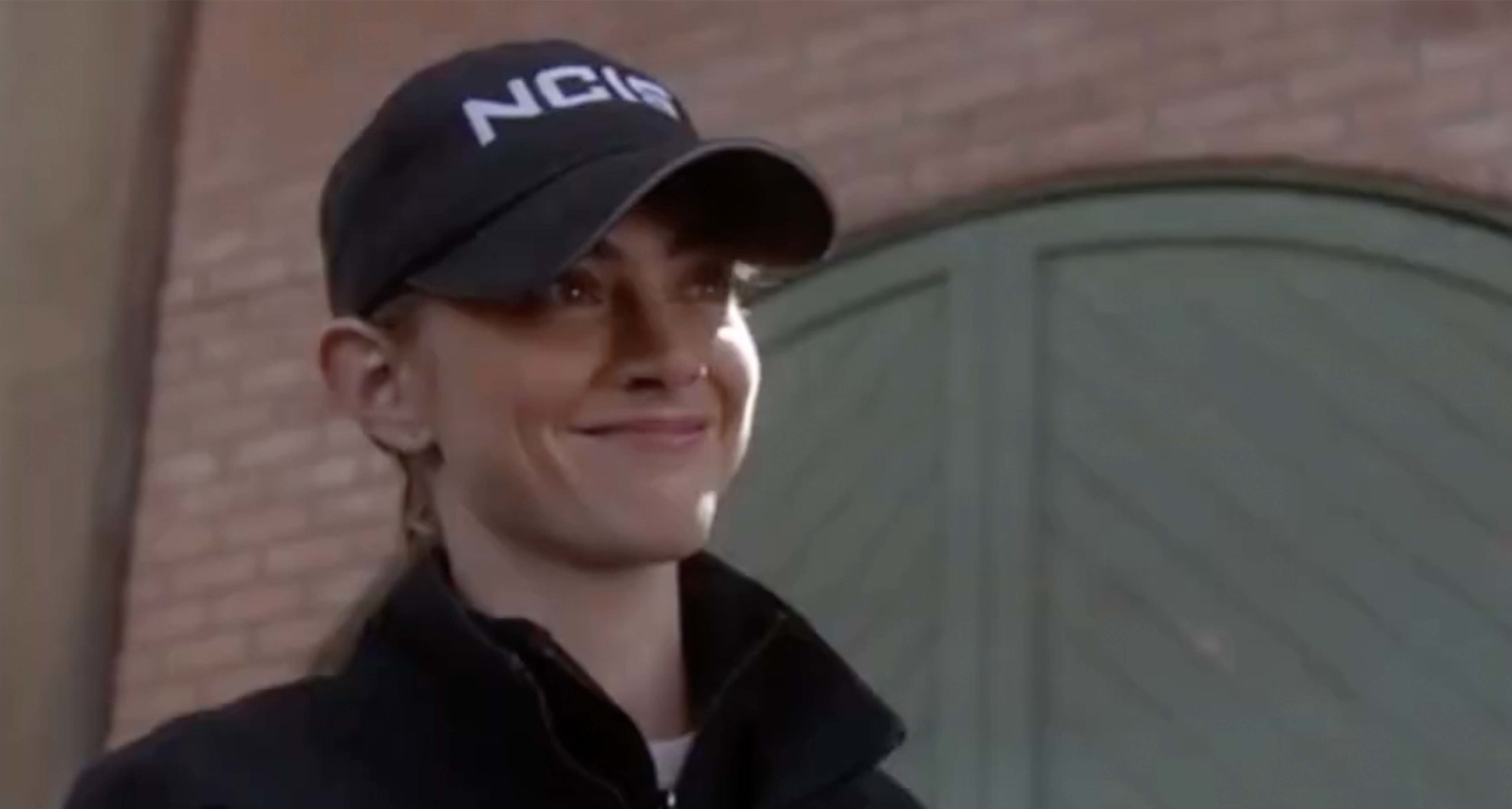 Of course, Wickersham didn’t quite make an entrance on a show that required renewing to attract viewers. Airing for the first time in September of 2003, it took a while for NCIS to gain traction. But once it did, it was a significant success, becoming one of the most-watched shows worldwide with millions tuning in each week.

Was intimidated to start working on the show

Emily starred as one of the main characters, and she revealed that she was incredibly nervous initially, primarily since the rest of the cast had worked together for so long.

“I was nervous in the beginning. Coming onto a show where this tightknit cast has worked together for 10, 11 years was intimidating. Nerve-racking,” she said, adding that she thought a lot about the fact that millions were watching every episode.

“Yeah, so that was scary. But it’s been fun, and the cast has been so sweet and welcoming. They made it a pleasant transition for me. I hope it was easy on their end.”

Moreover, Emily felt that fans were optimistic about her character. 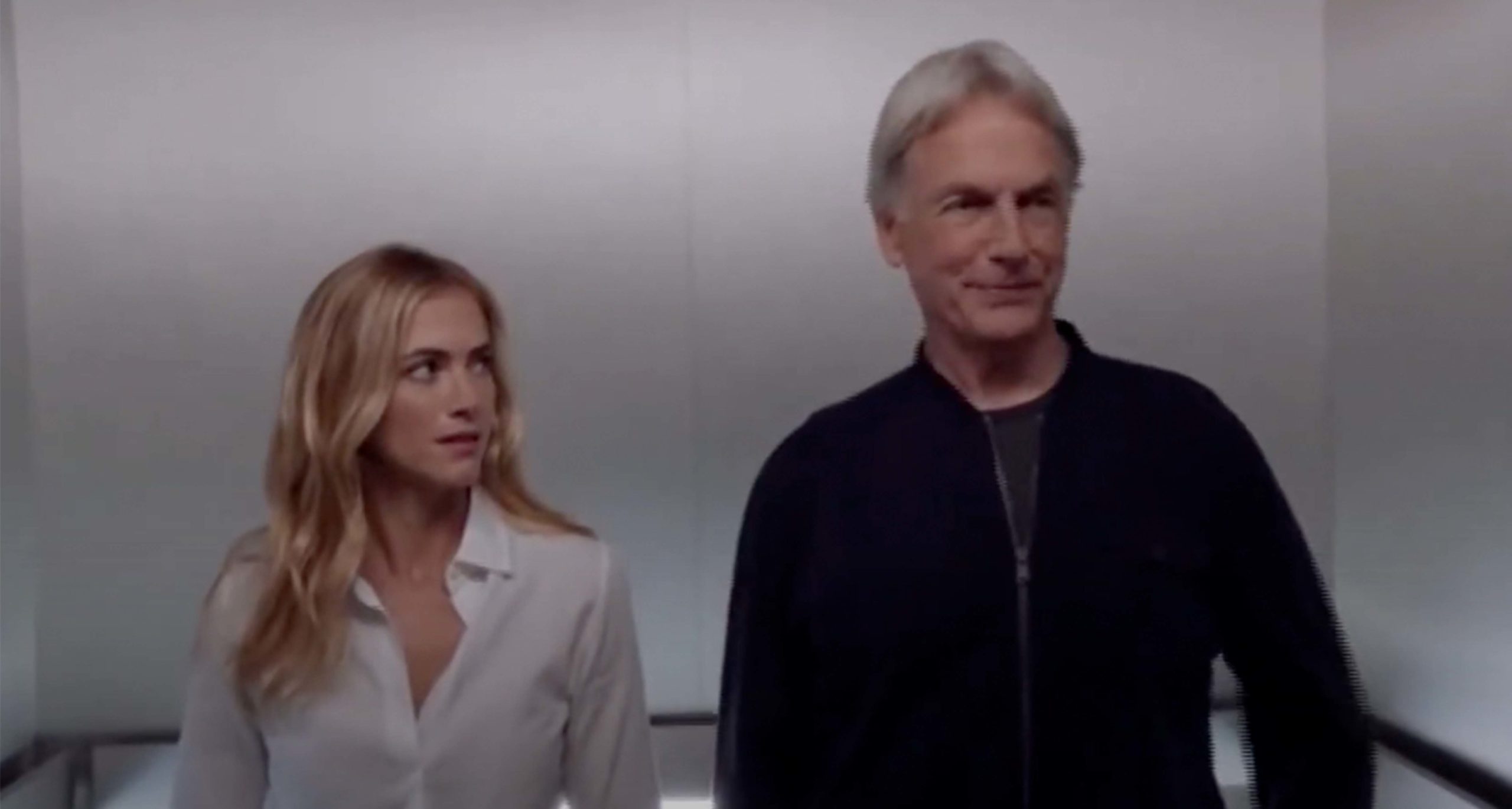 “I try not to read some of the stuff online, but for the most part, I feel like people have embraced the character in a much more positive way than I expected. People were very attached to Ziva! I wasn’t replacing her, but it was scary to come into that. People are crazy about the show. [We] have such wonderful fans,” she said.

When Emily joined, Mark Harmon was the big superstar on NCIS. The actor, starring as Leroy Jethro Gibbs, had been on the show from the very beginning, and had gotten used to the fact that he was known everywhere.

As Wickersham experienced, coming onto a new show where the cast had worked together for years was tough. However, she was well-received, and Mark Harmon – who quit the show last year – was impressed.

“From day one, she was part of this,” he said of Wickersham.

“Her name was painted on a parking space from the first day she arrived. And the name on her dressing room was not a piece of tape. Now that she’s here, it’s like, great, onward.” 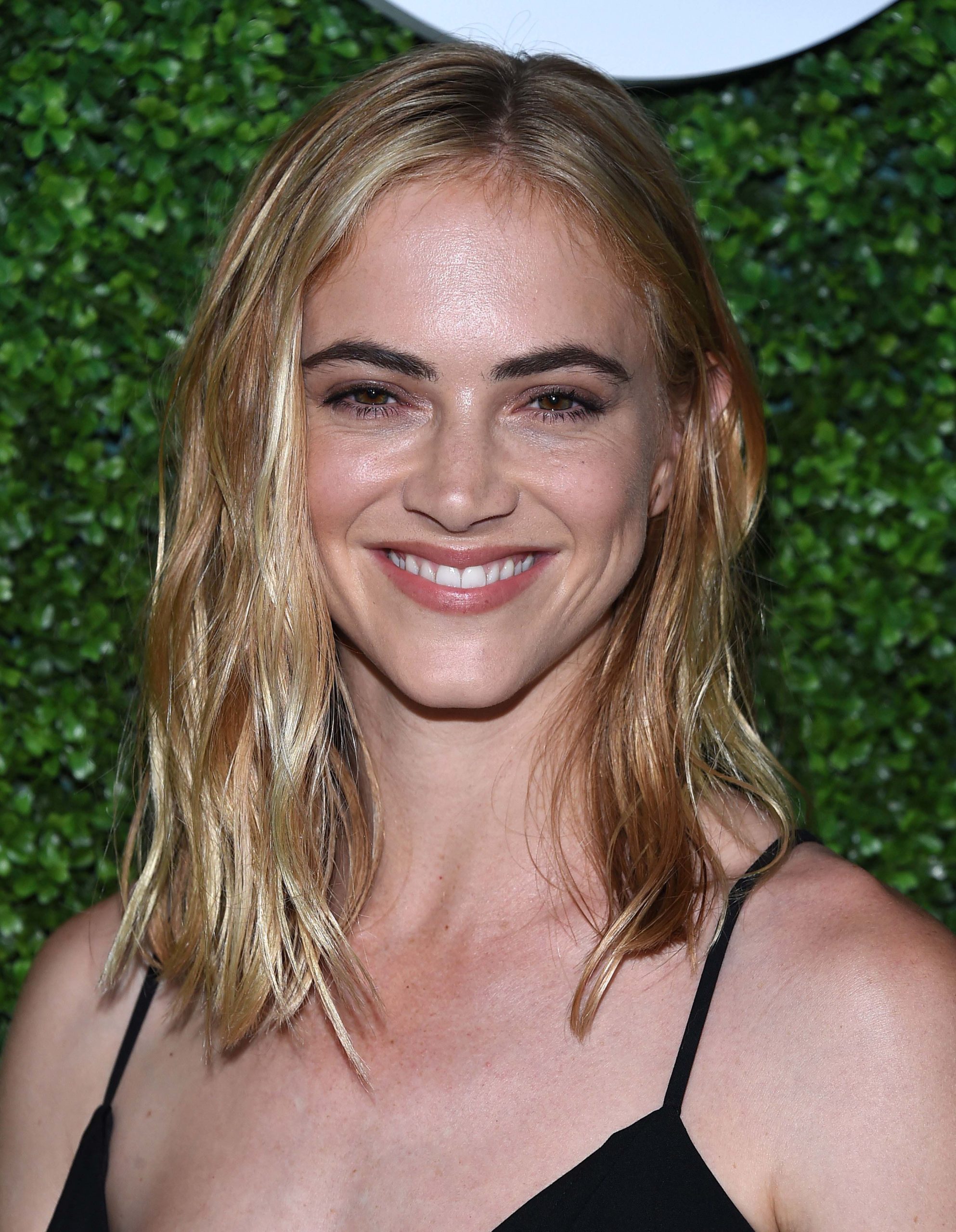 On the show, Emily’s character Ellie Bishop resigned after it was discovered that she had leaked an NSA document. It was a perfect ending to the 38-year-old’s stint on the show, with Wickersham announcing that she was “hanging her hat and jacket up.”

“What a great ride it’s been,” she wrote on Instagram. “This cast, this crew, are top-notch. I can’t say enough kind words about this group that I’ve had the pleasure of working with for close to eight years now and 172 episodes later.”

Wickersham hasn’t provided any official reason for her NCIS departure. While she didn’t go into specifics as to why she was departing, the actress hinted that the decision to leave was one she made herself.

“This business is finicky and weird and consistency is a rarity,” she added in her Instagram post.

“I’ve been lucky enough to be a part of a show where I got to show up and act and laugh and learn with wonderful people. A moment in time I surely won’t forget. Thank you, CBS and ‘NCIS’ for including me in a part of television history. Time goes fast.”

As of today, Emily still hasn’t given any official explanation. So what has she been up to after she said her goodbyes to the NCIS fans? Well, plenty, actually. 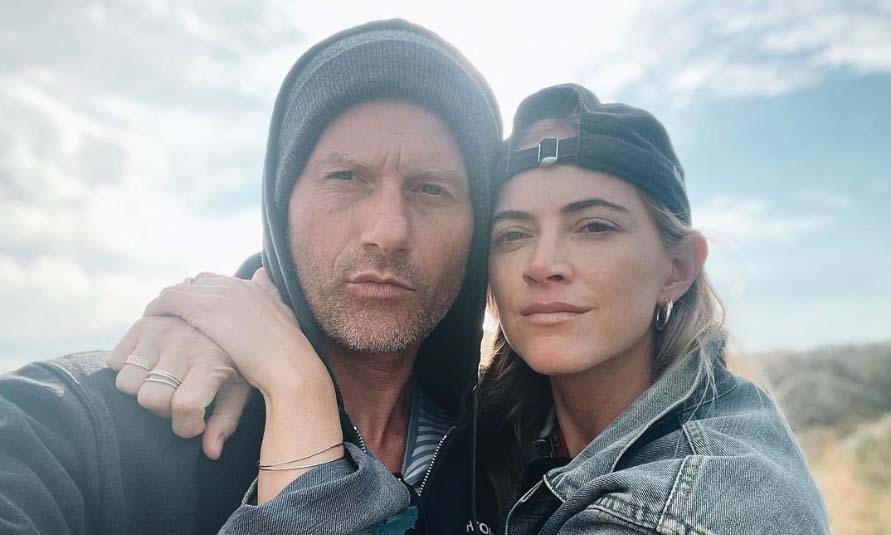 On December 31, 2021, Wickersham welcomed her and his boyfriend James Badge Dale’s first son, Cassius. Through Instagram, the former NCIS star shared a picture of their newborn.

“Welcome to the world Cassius Wickersham Dale,” she wrote. “Just in time to join the party to ring in the New Year. You are more than [James], and I could ever have imagined. We are so in love with you.”

Otherwise, Emily has been relatively quiet about her private life. She hasn’t talked about it in interviews, but via her social media she posts plenty of pictures alongside her boyfriend James and their beloved son.

So who is Emily Wickersham’s boyfriend, James Badge Dale? Well, He’s also an actor, mostly known for his role in the classic Martin Scorsese film The Departed. Moreover, he’s been involved in several projects, appearing in 24 and The Pacific and movies Iron Man 3 and 13 Hours. The couple started dating in 2019.

It turns out, though, that Emily has been married previously. In 2010, she tied the knot with singer Blake Anderson Hanley, though the couple divorced eight years later. Wickersham has never spoken about their divorce, but in an interview with CBS, Hanley talked about the pain of separating.

According to Celebrity Net Worth, Emily Wickersham is worth around $6 million.

Emily Wickersham has moved on to a new phase in her life, but we sure miss seeing her on NCIS. Would you like her to return to the show or not? Please give us your opinion in the comment section.