Nicole Ziesemer, 31, from Michigan, US, claimed that after giving birth to her first child, doctors were astounded but that she continued to have discomfort because “something more was in there.”

When a nurse was stitching up a first-time mother, she noticed a second head and realized she was expecting twins.

Doctors discovered the new mother was still in labor after only introducing Blakeley to Nicole, 31, and Matthew Ziesemer, 34. 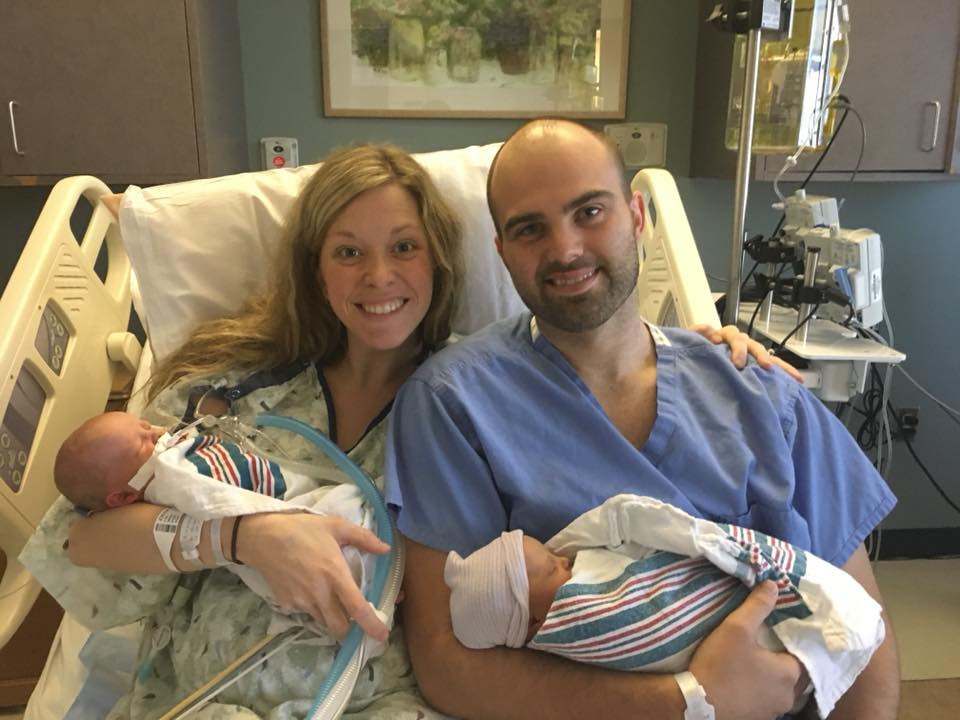 Nicole had one scan during her pregnancy, which was on the day she gave birth.

Cabe is believed to have avoided detection by “hiding” behind his sister.

Nicole, who is from Grand Haven, Michigan in the US, is happy to be at home and welcoming the two new members of her family.

Before becoming a mother, the 31-year-old worked in insurance, and she said: “It was absurd. We were ecstatic, but it was a complete shock. 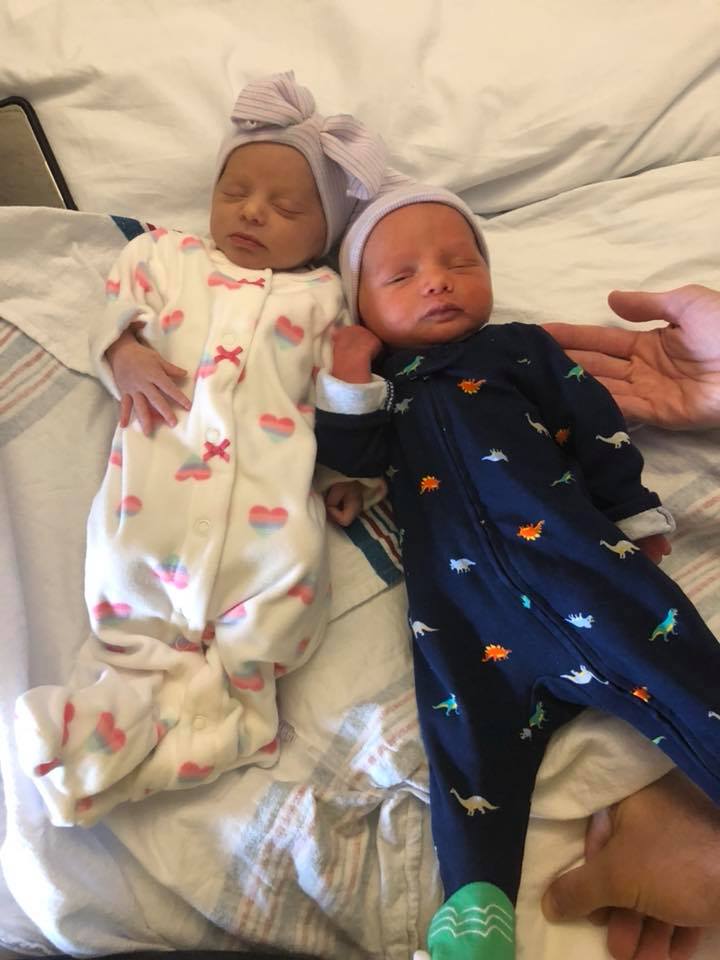 “Really, there were no indications that I was carrying more than one child—instead, everyone commented on how petite I was.

“Little did we realize that the baby’s sex would not be the biggest surprise.

“When they indicated something else was inside of me, it was incredibly horrifying.”

She went on: “I actually asked her if she was lying when they informed us it was another baby.

“I was still in so much pain that I was unable to digest it all and simply couldn’t take it all in. 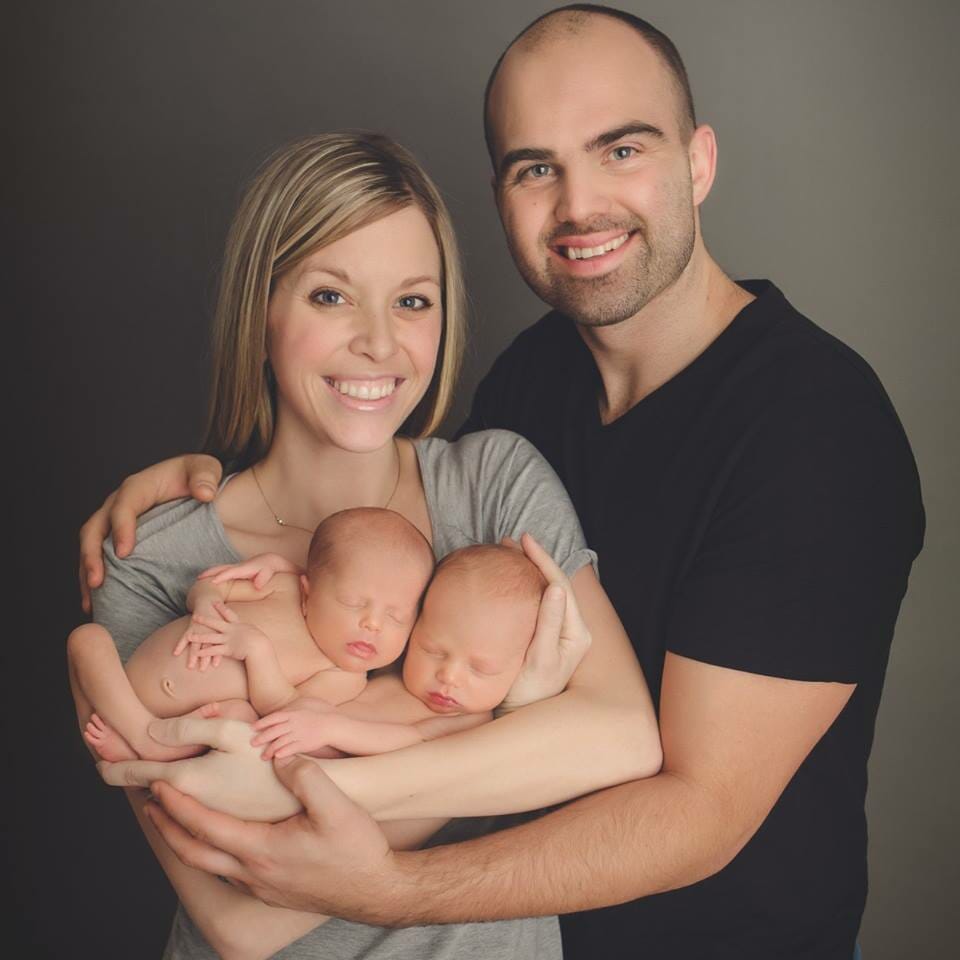 “But I find it difficult to envision having just one child anymore. They seem to be a perfect fit.

I adore the idea that they will always be together.

Nicole had intended to give birth at home naturally with just a midwife there, but when her waters broke at just 36 weeks, she had to go to the closest hospital, Gerber Memorial, Michigan.

The new mother decided against using painkillers in favor of breathing techniques, a yoga ball, and cool showers because she suffered from severe morning sickness the entire pregnancy.

With the exception of the scan performed the day her waters broke, she underwent no scans during her whole pregnancy because she preferred a “natural pregnancy.”

However, the expecting mother chose an epidural and a suction after being in labor for more than 45 hours. 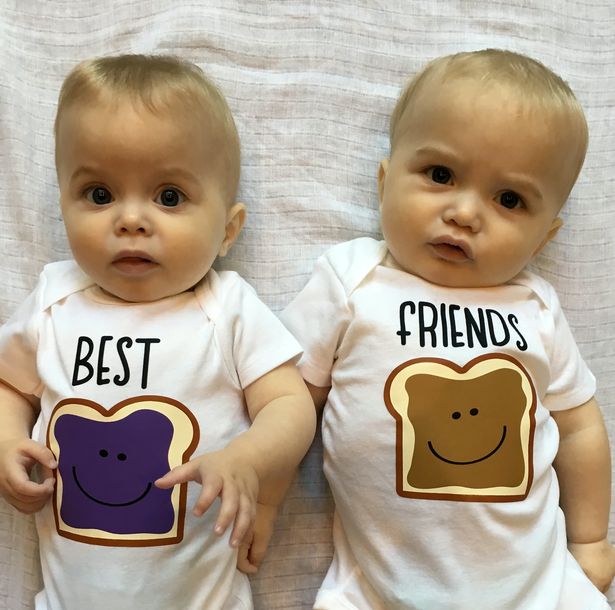 However, the fact that Nicole continued to experience excruciating pain after giving birth alarmed the doctors.

When Nicole’s vagina was about to be stitched up, they realized “something else was in there,” she claimed.

An emergency ultrasound was determined to be performed as medical personnel was attempting to remove her placenta because it was obvious something was wrong.

Baby Cade was taken immediately to the neighboring Spectrum Hospital in Grand Rapids, Michigan, USA since he was having trouble breathing on his own.

According to Nicole, who stayed with her daughter, “My daughter and I stayed inside to observe over the course of the following few days while my husband spent most of his time with Cade.

“We were still in shock and were simply attempting to process everything.

“But ultimately, all we wished for was their physical and mental well-being.

“The most bizarre thing is that, despite having a scan the day before I went into labor, it only detected one kid.

They speculate that Cade must have been concealing himself directly behind his sister.

The couple, who met online in 2012, went shopping for extras of all the baby supplies they had previously bought for just one when they were finally allowed to go home.

Nicole and Matt, a chiropractor, have since learned that Nicole’s mother’s side of the family is predisposed to twins and triplets.

She uttered: “It was amazing to learn that my grandma’s cousins allegedly had twins and triplets; it seems to be something of a family tradition.

“People frequently inquire if we would undergo scans if we were to become parents again. however, I sincerely doubt that we would.