Mark Harmon left NCIS after an astounding 423 episodes earlier this year. His last episode aired back in mid-October, with fans left devastated following Leroy Jethro Gibbs’ exit from the show.

What lays ahead for Harmon is yet to be decided, though he’s left the door open to potentially returning in the future. For now, he wants to spend more time with his family, who are coincidentally responsible for him getting the NCIS gig in the first place.

Now, new details concerning Mark Harmon’s ext from NCIS have come to light, including a rather special request he put in before his last episode … 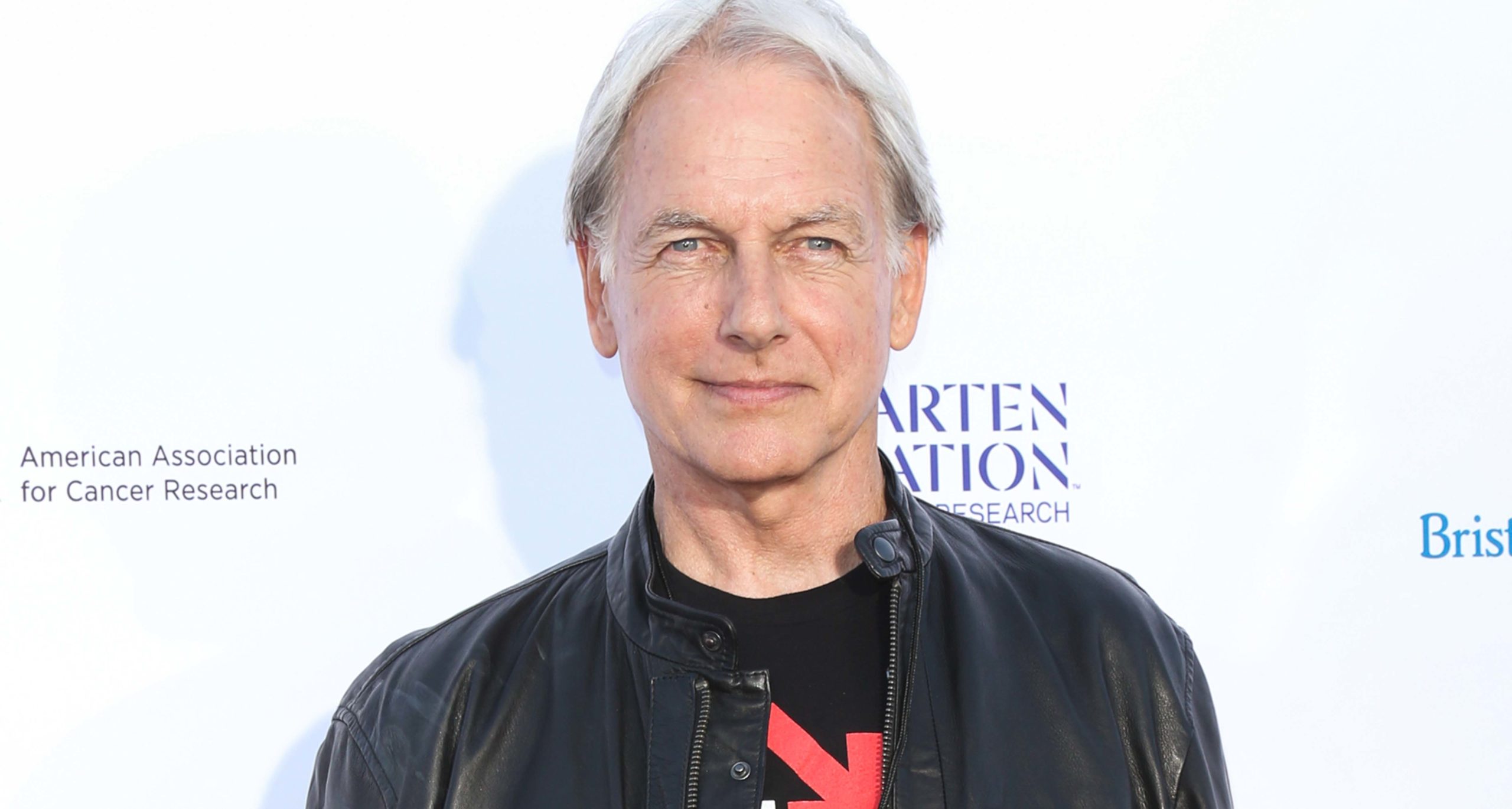 Mark Harmon was born September 2, 1951, in Burbank, California. Given his parents, it was safe to assume he was destined to head towards a career in football or acting: his father, Tom Harmon, was a former football player-turned-broadcaster; his mother, Elyse Know, was an artist and actress.

Harmon himself has admitted that he had no idea his parents were famous when he was growing up.

As a child, he frequently went along with his father when he was broadcasting at games. Years later, his father would return to favor, watching Mark play football for two years as a quarterback for the UCLA Bruins.

Football was a legitimate career possibility for Mark at that point. However, he dreamt of an even bigger stage; he wanted to pursue a life in theater or on-screen. When his sister-in-law married pop star Ricky Nelson, he began hanging out with his family.

Ricky was acting on the sitcom The Adventures of Ozzie and Harriet at the time. Later, with Nelson working on the spinoff series Ozzie’s Girls, Harmon was asked to fill in for an actor who couldn’t make it.

Mark followed Ricky around the set to see how things worked. The experience got him hooked on the profession. 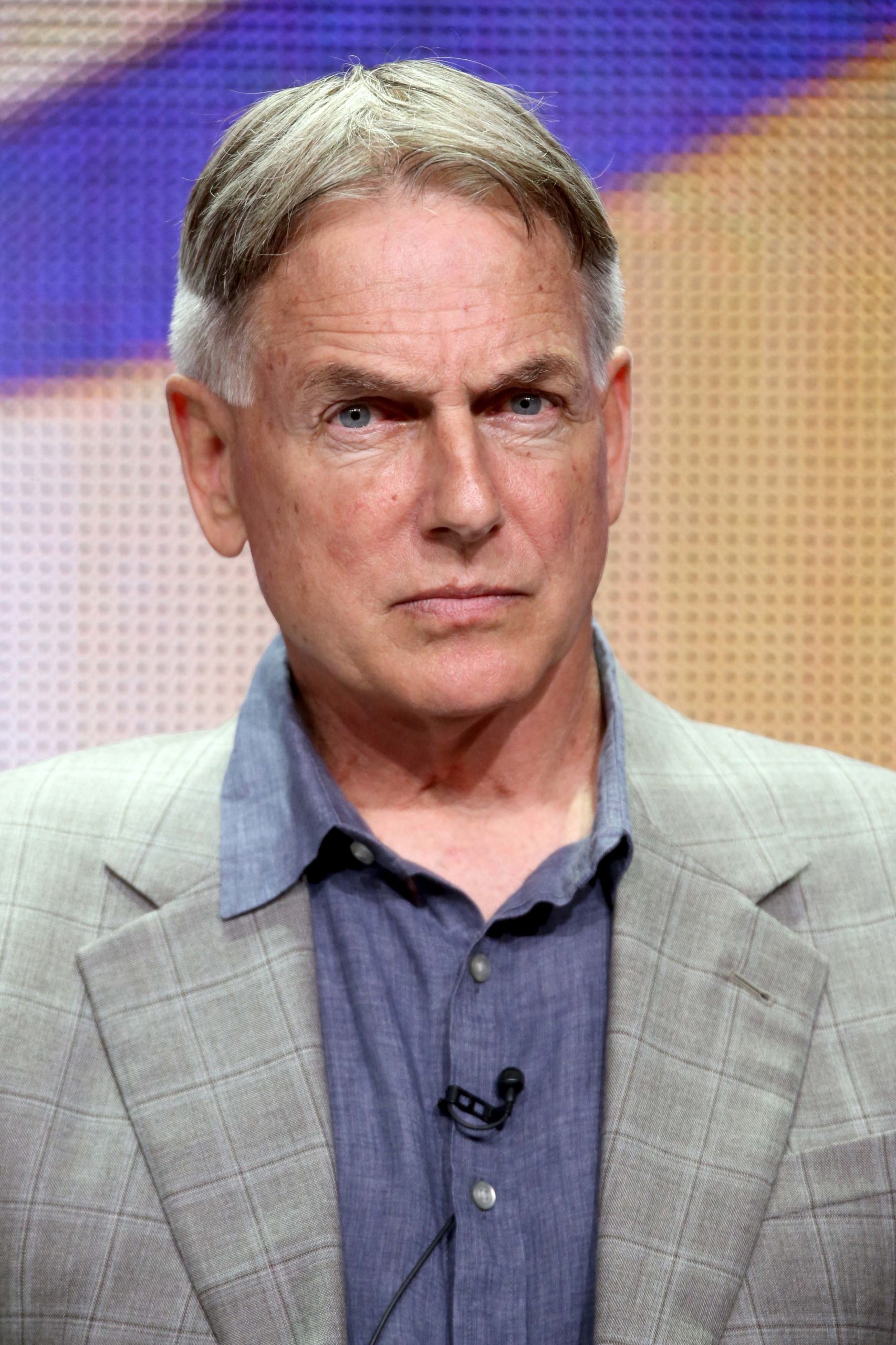 “That changed my course,” he told Parade.

Harmon decided to ditch his dream of playing professional football and pursue a career in acting instead.

While several of his teammates went on to play professionally and – as Harmon recalled – earned more money in a year than he did in the next 15 combined, the aspiring actor headed back to the classroom.

He took acting lessons and soon landed his first roles in film and television. He was even able to work with actors such as Michael Caine and Jaso Robards, who became his mentors.

“They were all humble; they all gave me valuable time and camaraderie and advice,” he recalled.

After starring in series such as 240 Robert, Flamingo Road, and making a couple of appearances on The Love Boat, Mark got his breakthrough role when he became a series regular on the drama St. Elsewhere.

As producers recognized his outstanding acting qualities, Mark got more jobs. Then, after about 15 to 20 years in the business, it all became a bit too much. That was when Harmon decided something which changed the course of his life. 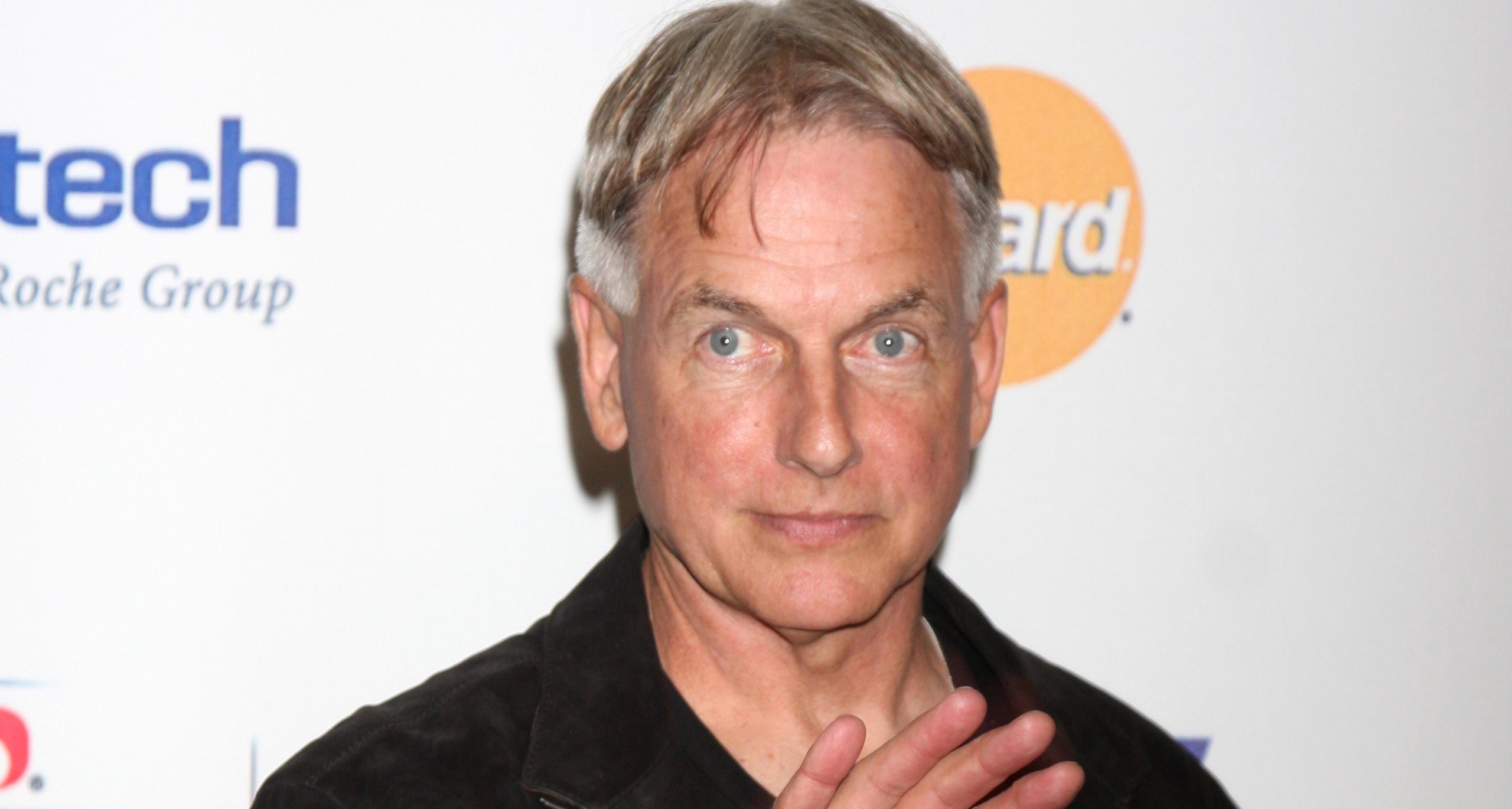 “I was directing a lot, I was doing a movie here or there, and we had this young family that was growing up, and I was missing a lot of [family time], he said, adding that it “was not OK.”

Mark was famous, but in the end, he was missing things that he wouldn’t be able to experience later in life.

“I was in the jungles of New Guinea making a not-very-good movie when my firstborn child took his first steps. No job is worth missing life’s important moments,” he said.

Harmon decided to take a step back in order to spend more time with his family. Around that time, he received the script for NCIS, a show about the Naval Criminal Investigative Service. Harmon was impressed with the often humorous writing and the character of Leroy Jethro Gibbs.

NCIS aired for the first time in September of 2003. It took a while for the show to gain recognition, but it was a significant success once it did. NCIS became one of the most-watched shows globally, with millions tuning in each week. 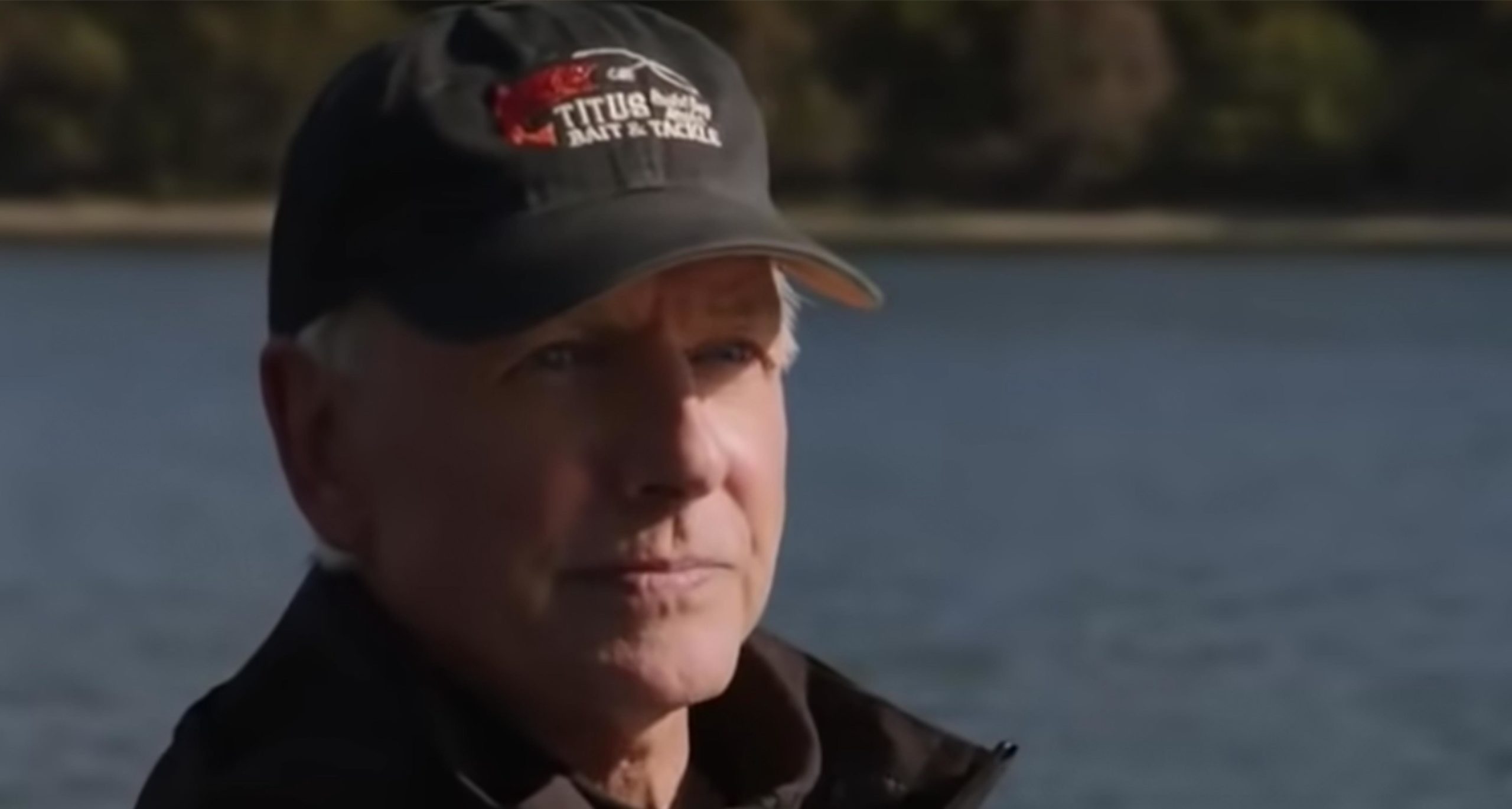 According to The Hollywood Reporter, it’s now licensed in more than 200 countries, and has spawned numerous CBS spinoffs including NCIS: New Orleans, NCIS: Los Angeles, and NCIS: Hawaii.

“It’s hard to walk through airports”

The show has been nominated for three Primetime Emmys and won several other awards throughout its lifetime. Harmon himself was also nominated for several awards for his performances, winning the People’s Choice Award in 2017 for Favorite TV Crime Drama Actor, among others.

Though NCIS turned into one of the most-watched shows on television, Harmon had a hard time comprehending how it was all possible.

Mark didn’t just become one of the most – if not the most – famous actors on the show, but it turns out he was popular on set, too; several of his colleagues have come out in public to speak highly of him.

Now, as per reports, he and Pauley Perrette – Abby Sciuto on the show – ended things badly. But his co-star Sean Murray had nothing but great things to say about Harmon. 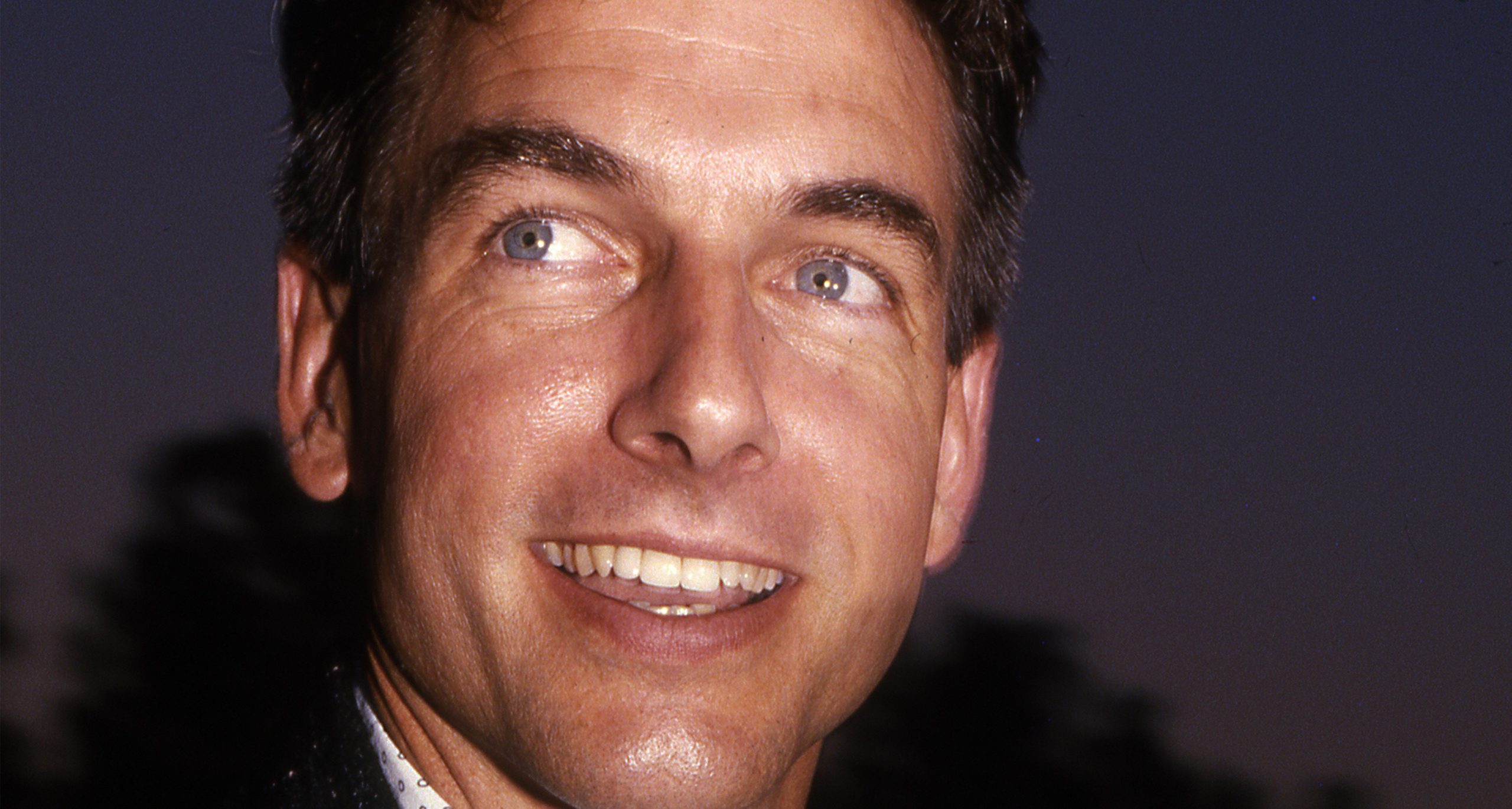 Sean – who appears as Timothy McGee – and his colleague have spent a lot of time together over the years, and by all accounts built up an excellent relationship.

“The relationship between McGee and Gibbs has always been like that of a father-son thing, but we’ll be exploring that quite a bit and see how that’s changed and grown,” he explained of upcoming episodes.

“But for him, the bond doesn’t stop when the cameras aren’t rolling,” Sean told Inquirer.

“As for Mark, he’s a mentor and one of my best friends. One of the best work partners I’ve ever had. He means a tremendous amount to me. He’s got these qualities of a leader that have made the show what it is today. He’s our quarterback.”

The same went for David McCallum and Harmon. Their first ever meeting was a funny one indeed.

According to reports, when Harmon met McCallum for the first time, it was he who was starstruck. The two appeared on a 2003 episode of JAG together. Harmon was excited to meet McCallum, and quipped that he couldn’t believe he was shaking the famous hand of Illya Kuryakin, McCallum’s character in Man from U.N.C.L.E. 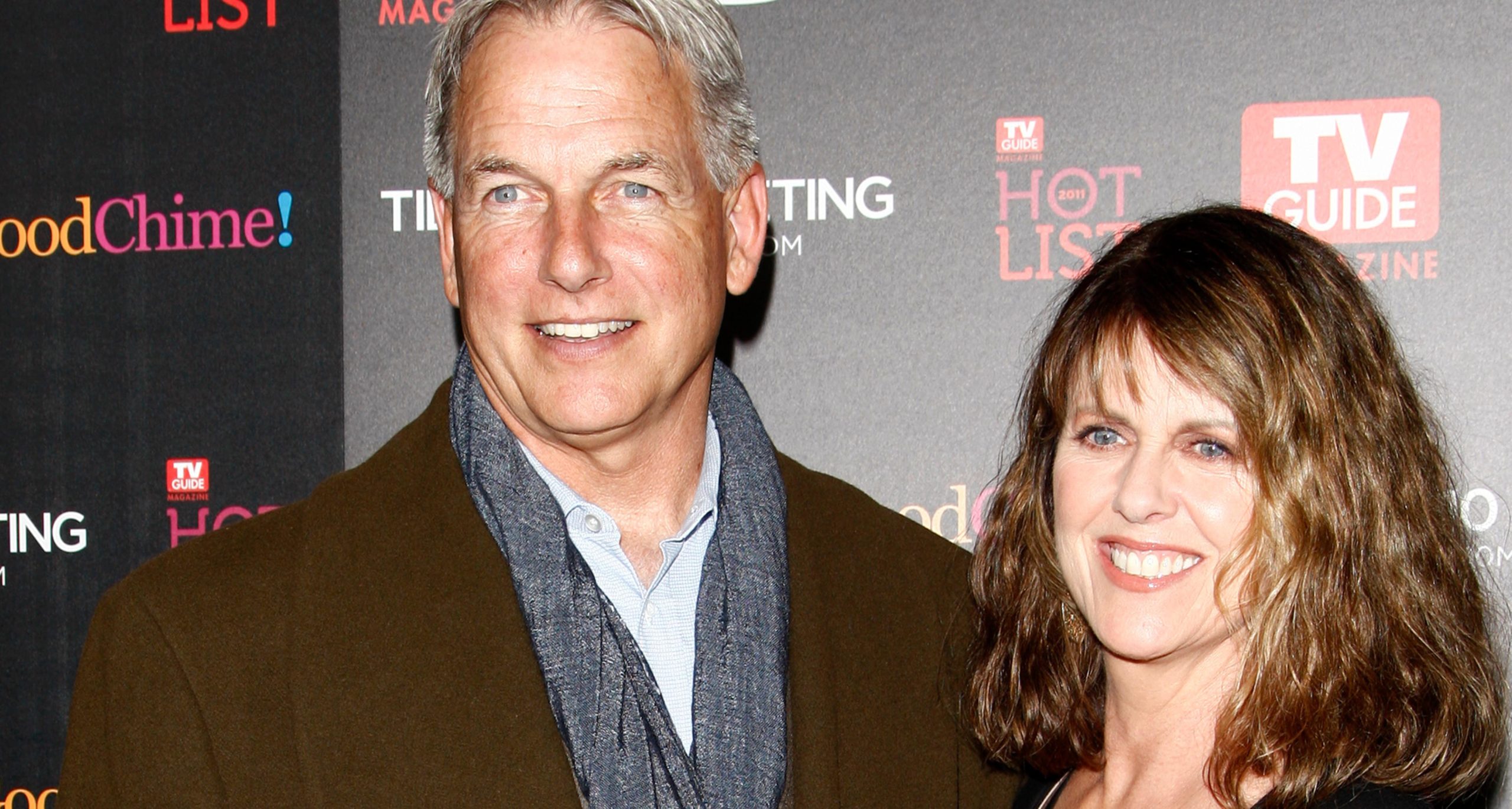 “I can’t imagine I’m shaking the hand of Illya Kuryakin,” executive producer Steven D. Binder recalled Harmon saying. For his part, McCallum had a hilarious reaction: “Good God, man, that was 40 years ago!’”

In total, Mark has starred in 423 episodes of NCIS. However, the end looks to finally have come. On October 9, he appeared in his last episode as Leroy Jethro Gibbs. In a statement to Deadline, CBS Entertainment President Kelly Kahl confirmed the news.

Speculation about Harmon leaving the show has been ongoing since the addition of Gary Cole, who stars as a new series regular as Special Agent Park.

Harmon might now be gone, but NCIS executive producer and showrunner Steven D. Binder has left the door open for him to return sometime in the future.

“Our north star has always been staying true to our characters, and that truth has always guided the stories we tell and where those characters go,” he said.

“So regarding the future of Gibbs, as long-time fans of the show may have noticed over the years … never count Leroy Jethro Gibbs out.”

Mark Harmon leaving NCIS came as quite a shock to many viewers. As it turns out, the well-respected actor didn’t want his exit to be a dramatic one.

As a result, it caught fans off guard – there wasn’t any warning that the mid-October episode would be the last farewell for his character. This, apparently, was all part of the plan.

According to an Entertainment Tonight source, Harmon didn’t want his exit from NCIS to be overly hyped or emotional. He requested that the network didn’t advertise it, as he felt it was “crucial — especially with social media — that any hint of a twist be omitted.”

These days, Mark gets to spend more time with his family – time will tell if he wants to continue acting or perhaps move into another area of work. According to several news outlets, he already has several other projects in development with his production company, Wings Productions, based in Culver City, California. 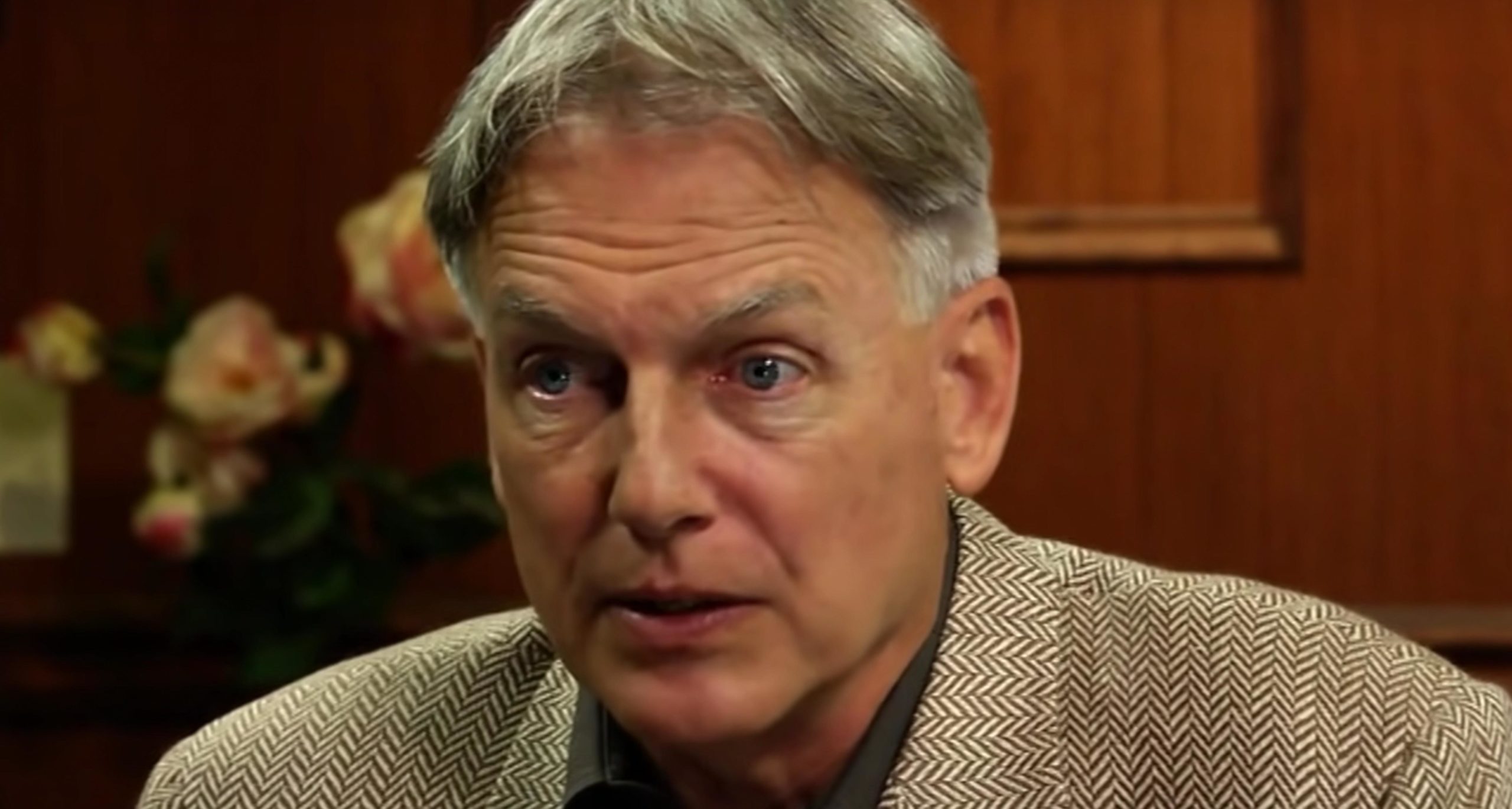 That said, there might already be another career path opening up for him.

Future work as a carpenter?

Speaking with Men’s Journal, Harmon revealed that he’d have likely worked as a carpenter if he hadn’t become an actor. He even tried his hand at the profession – but couldn’t get hired.

“I enjoyed getting up and doing that in the morning; I enjoyed the drive to work. For me, it was about materials and doing right. If you did it right, [the project] outlasted you,” Mark Harmon said.

“I still enjoy [carpentry], but I think that’s probably what I would have been trying to do had I not been [acting].

“I took a job in an ad firm and worked there for about four years. I got a promotion to another ad-based job—a national sales rep position at a shoe company—so I was kind of a shoe salesman for about seven months.”

We will forever be grateful for Mark Harmon’s fantastic performance as Leroy Jethro Gibbs on NCIS. And we’ll always hold out hope that he makes another appearance on the show in the future. For now, though, he sure deserves some time off to enjoy his life.