King Charles was unable to control his tears.

Hearts broke for him as he said his mother, Queen Elizabeth II, farewell at a committal service at Windsor Castle. God Save the King was shouted in St. George’s Chapel after a moving memorial service for the late king, and the King looked to be holding back tears.

At the age of 96, the Queen unexpectedly passed away on September 8 at her beloved Scottish home Balmoral, bringing an end to her 70-year rule. She was put to rest during a beautiful state burial service at Westminster Abbey in London, where she was farewelled by her family, friends, and the nation.

Then, a vibrant gun carriage parade from central London to Wellington Arch at Hyde Park Corner was headed by the Royal Navy’s State Gun Carriage. After the casket has been transported there in a state hearse, the queen was buried at Windsor next to her beloved late husband Prince Philip. 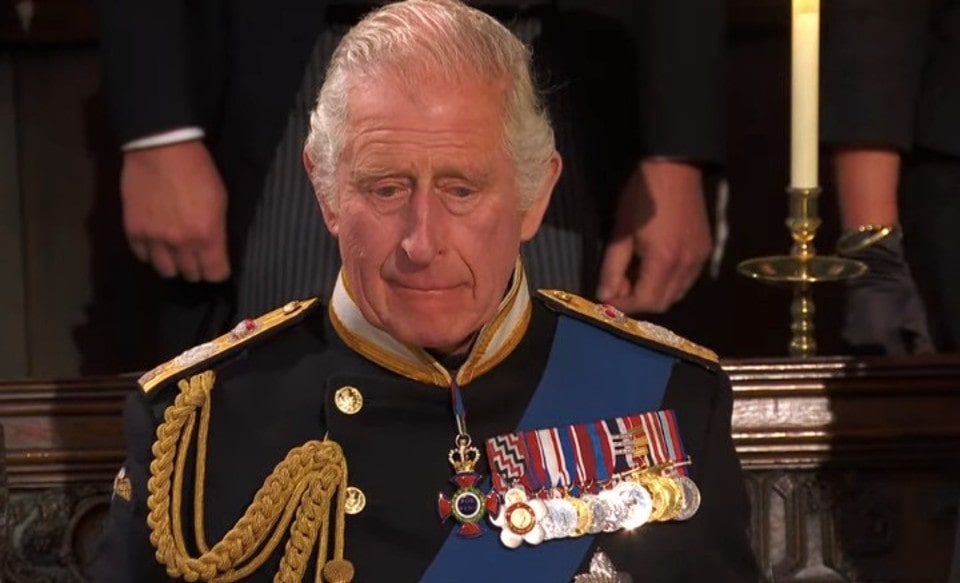 Following the customary “breaking of the wand” to signify the end of the Queen’s reign and to be placed on her coffin when it is lowered into the Royal Vault, guests sang the modern rendition of the national anthem God Save The King. Her eldest son, the former Prince of Wales, seemed to be deeply touched.

According to @Vhicck on Twitter, King Charles was unable to hold back his emotions when “God Save the King” was performed for the first time. @feverspell tweeted: He momentarily bit his lower lip and looked like he was about to cry. I use the phrase “that unfortunate man” because I was able to mourn my mother’s passing in solitude. According to @Hyperfashun, Charles’s demeanor during God Save the King “looked so melancholic and depressed.”

@gridlerbing tweeted, “King Charles appeared terribly upset during God Save the King #queensfuneral.” The epitaph at Queen Elizabeth II’s burial was “God Save The King,” according to @GubernurGandus. 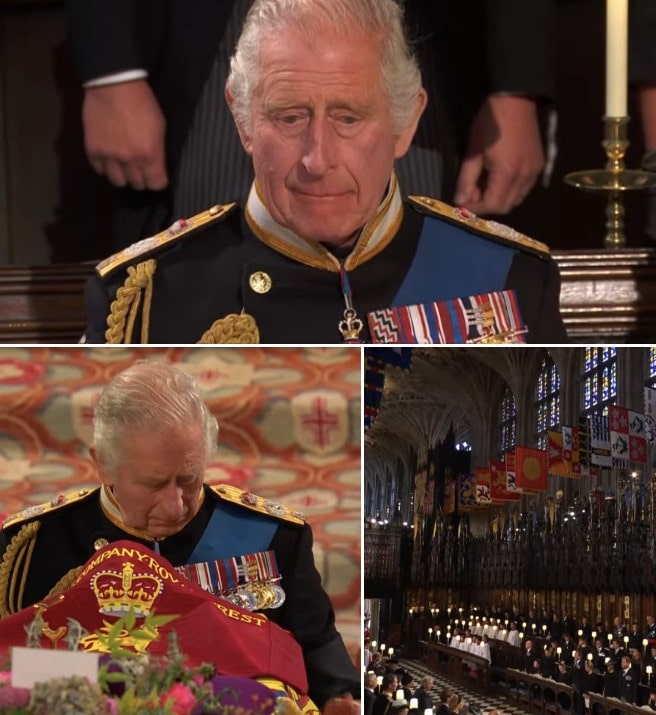 According to @akimlinger, King Charles’ look after the final performance of God Save the King “squeezed my tiny republican heart.” @HRHPWales tweeted, “It broke my heart to watch Charles as God Save the King was being performed.” . Also from @LadyJessMacBeth ” Never before have I felt such compassion for someone.”

Regardless of your personal ideas, witnessing a funeral and a family lose a loved one is something we can all relate to and triggers memories of our own losses. I wish they could mourn in silence.

“Tell ya what Charles looked like he was about to break down there, it must of been so hard for him,” @Conor S22 said during the chorus of “God Save the King.”

That rendition of “God Save the King” seems to have had the same effect on Charles, according to a tweet from @DavidKilcoyne3. He and his family deserve our prayers because it must have been a very difficult few days for them. Additionally, Aaron Miller tweeted, “Thank goodness America doesn’t have any kings or queens. However, Charles III’s apparent show of deep sadness, despair, doubt, and uncertainty in God Save the King impacted me.”

Her devastated family was seen walking behind her casket throughout the lengthy day of a public tribute, and the King’s face was overcome with sorrow. Thousands of people filled the streets to see the Queen’s funeral procession.

The most upsetting image shows the Queen’s pups waiting for her
Sweet homage from young Charlotte to her “Gan Gan,” as she named her great-grandmother