Best things you can do in Karijini National Park – Australia

Karijini National Park is home to a number of incredible gorges to climb, hike and explore and waterfalls to swim beneath; all set amongst an ancient landscape, it often feels like a natural adventure park or playground. This place is often considered one of Australia’s best national parks.

We made a list with things you can do and see here: 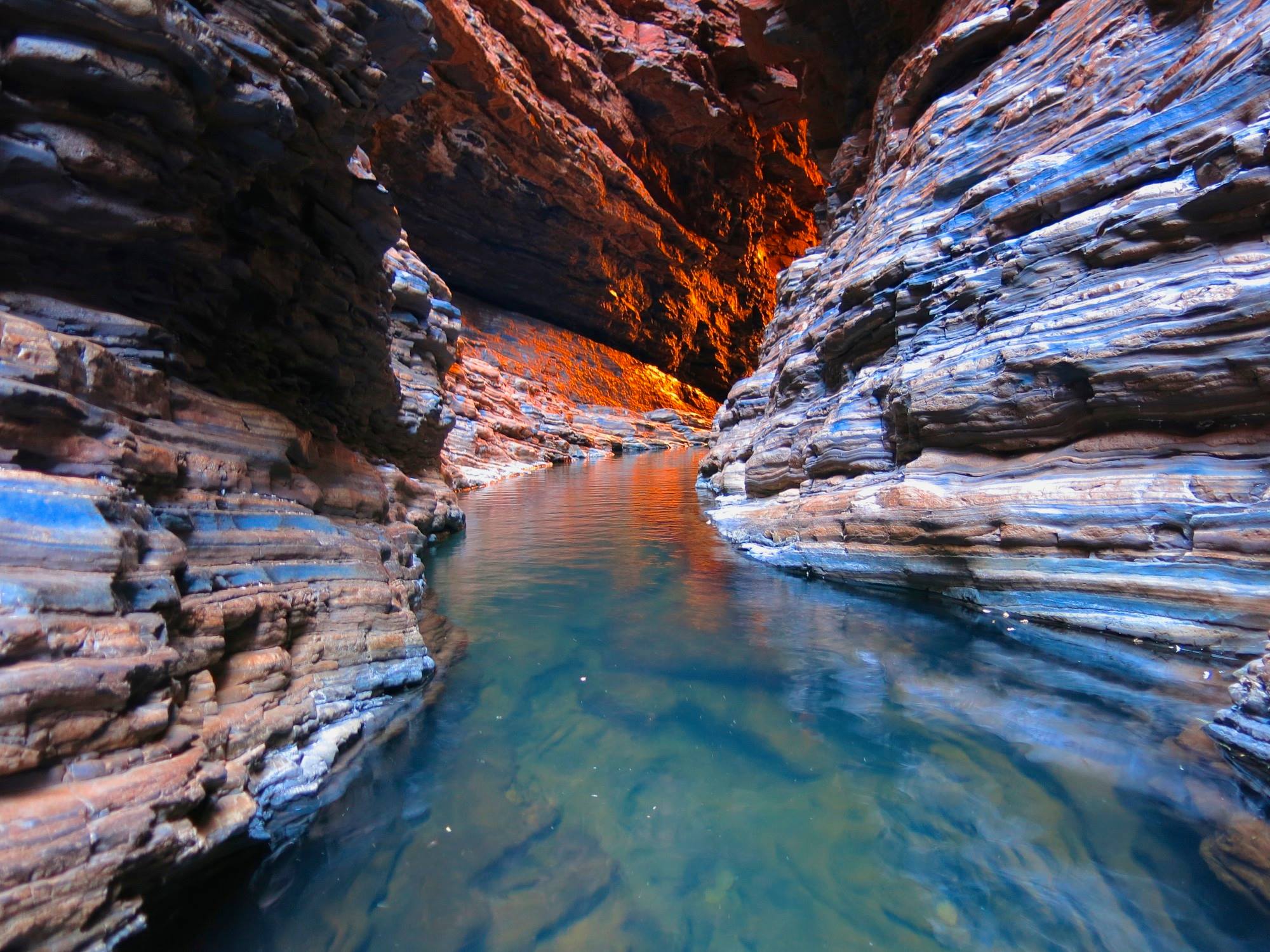 Located at the end of Weano Gorge is Handrail pool, and getting there is half the fun – wade through a waist-high section of water, scramble over rocks and boulders, then make your way down a narrow section of the gorge to emerge at the top of a waterfall. Then, holding on tightly, use the handrail fixed to the gorge wall to access this picture-perfect pool. 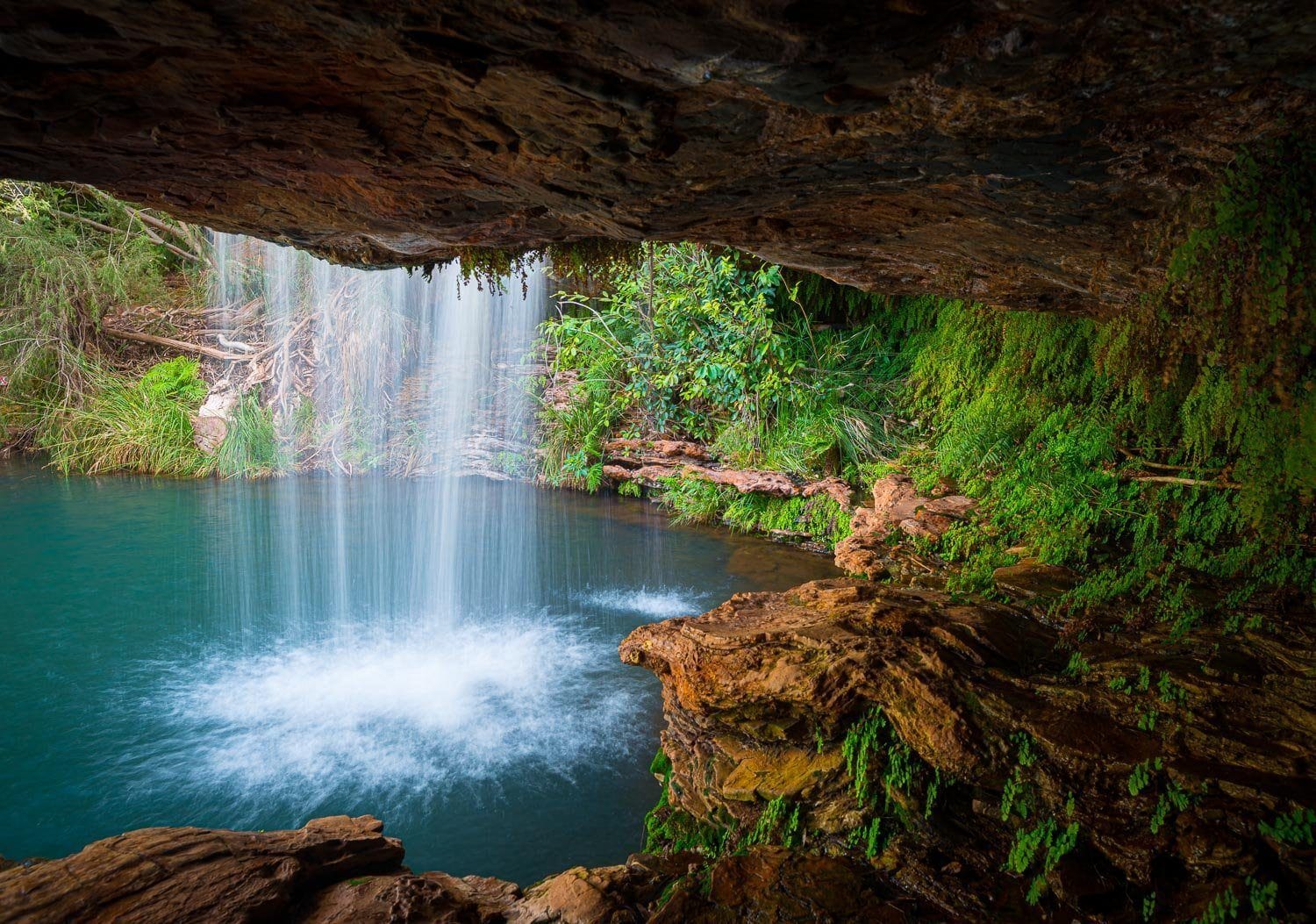 On the eastern side of Karijini National Park is Fern Pool, located at the end of Dales Gorge. The spring-fed pool and waterfall is a significant place for the local aboriginal people. It’s one of the most accessible places to swim and also one of the prettiest; to get there, follow the stairs from the car park to Fortescue Falls, then it’s another 300 metres past the falls on a well-defined trail to the deep, turquoise pool. 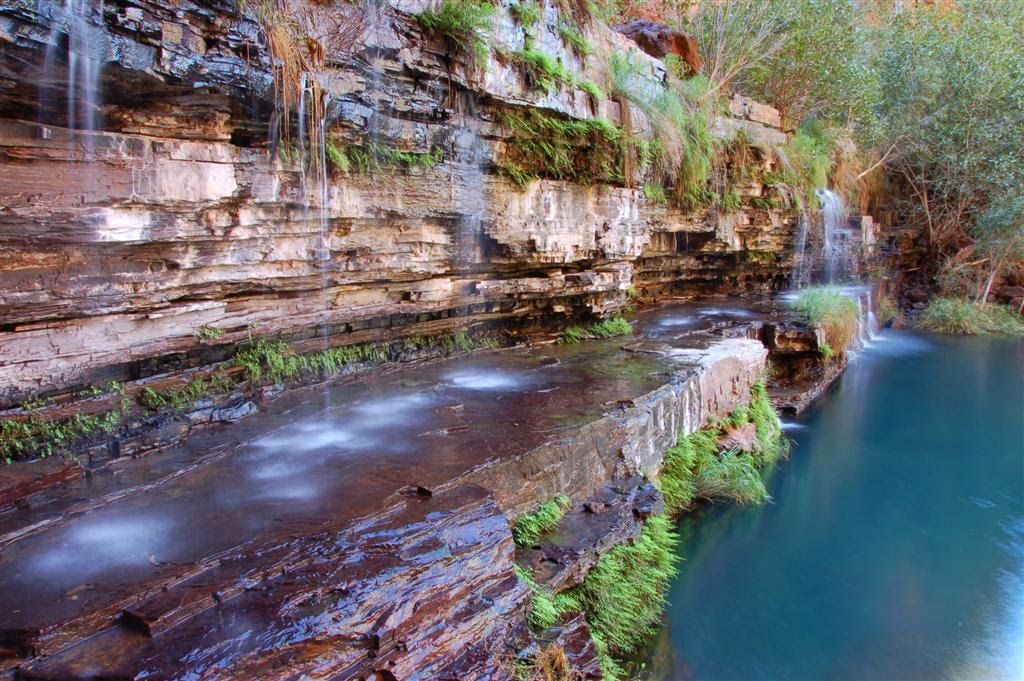 Also located in Dales Gorge is Fortescue Falls, the park’s only permanent waterfall. From here you can make your way to Circular Pool which is located further along Dales Gorge. You can either follow the trail along the gorge rim or continue on exploring along the base until you get to the end where the small blue pool is a perfect spot for a quick swim. 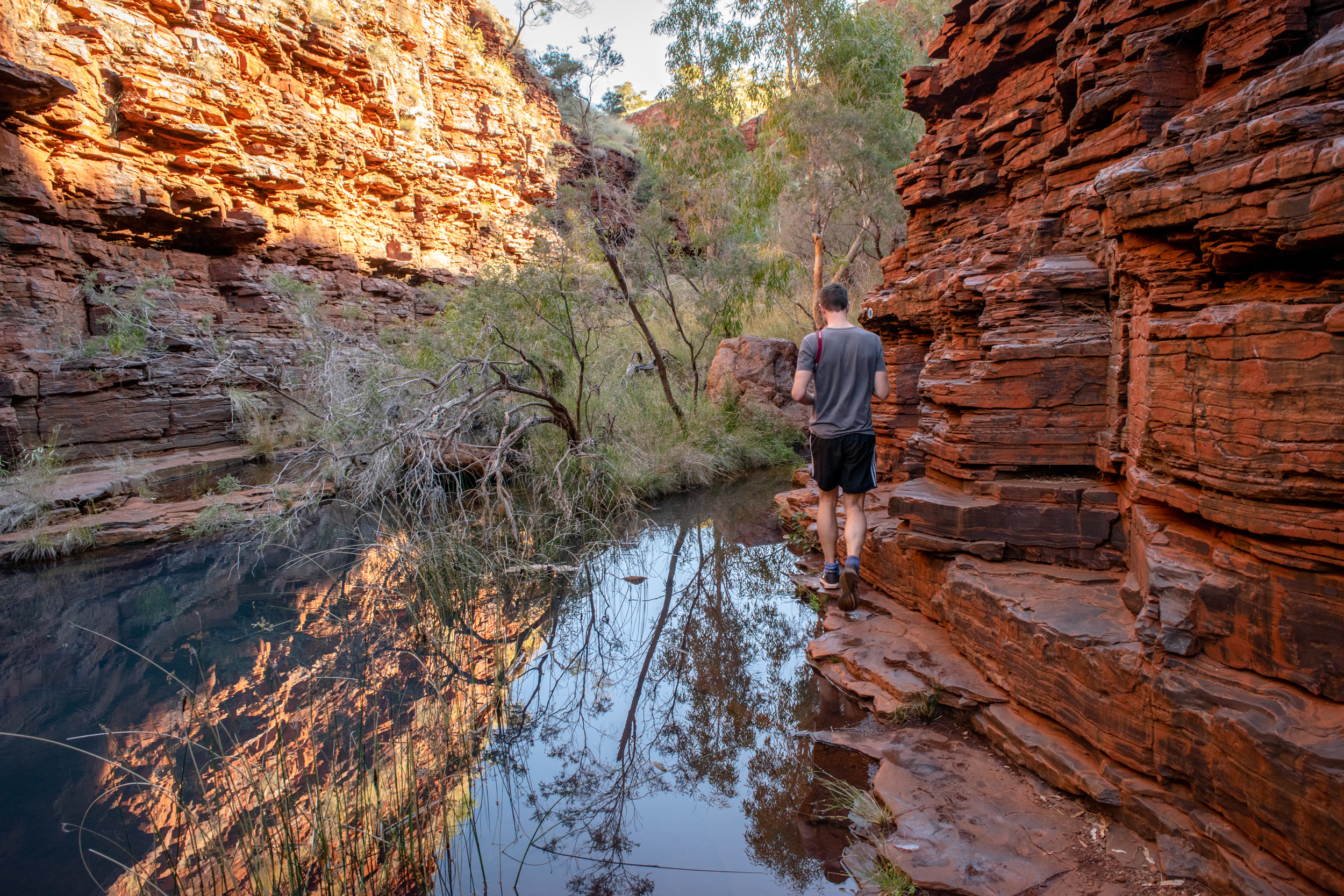 The reward for climbing over rocks then using all four limbs to inch your way along a narrow section of Hancock gorge (referred to as the ‘spider walk’) is Kermit’s Pool, aptly named due to its green colour. The class 5 walk into Hancock Gorge is often described as ‘journeying into the centre of the earth’ and it isn’t hard to see why – the rock formations in this ancient gorge are 2.5 billion years old! 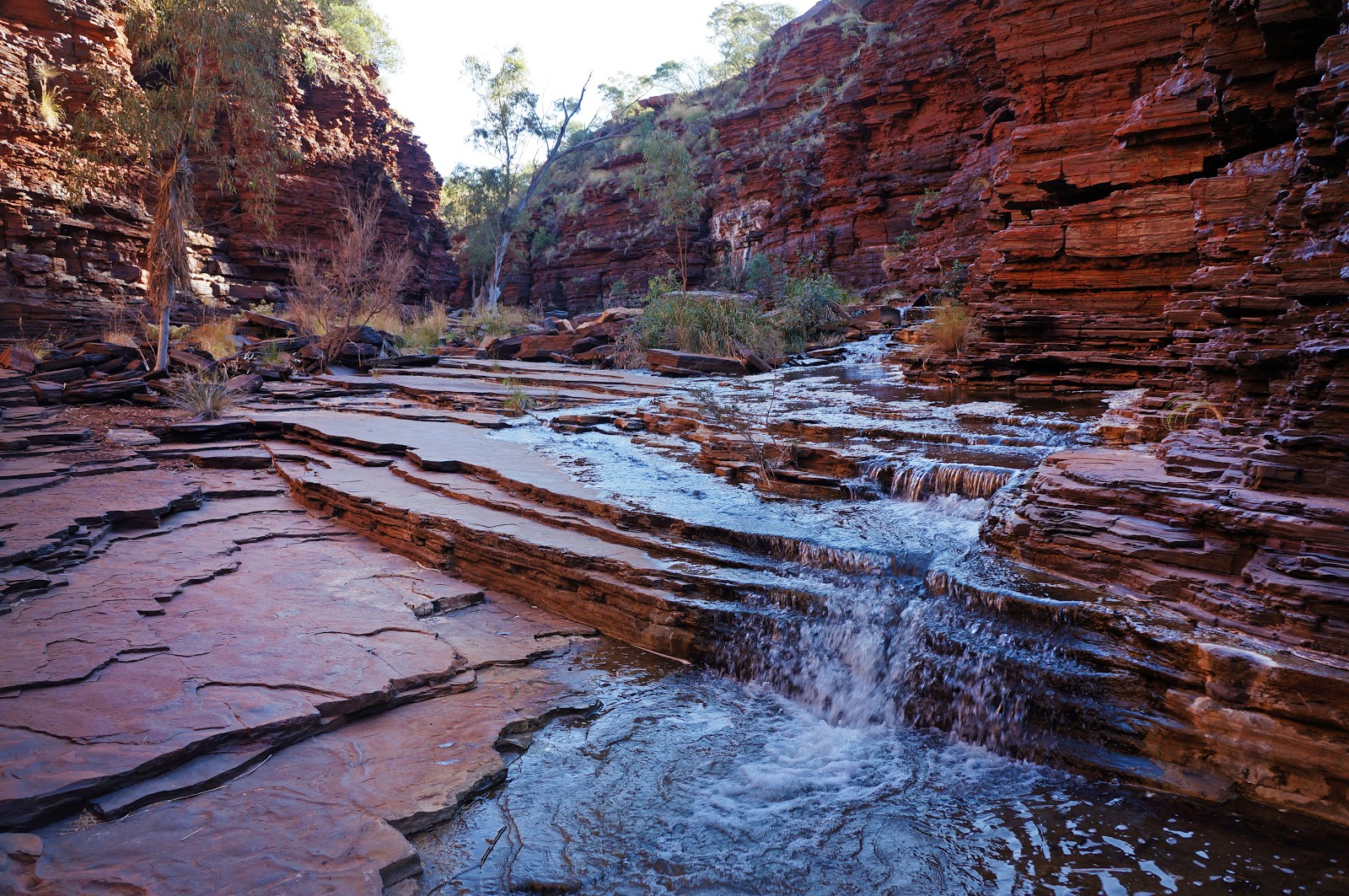 Kalamina Gorge is one of the quieter gorges in the national park, and you’ll often be lucky enough to have this place to yourself. Make your way down the set of stone steps and, once at the bottom of the relatively shallow gorge system, turning right will take you towards a permanent pool of water and small waterfall at the base of the gorge. For those more adventurous, they can continue following the stream down to the end of the gorge.

Take a dip in Hamersley Gorge 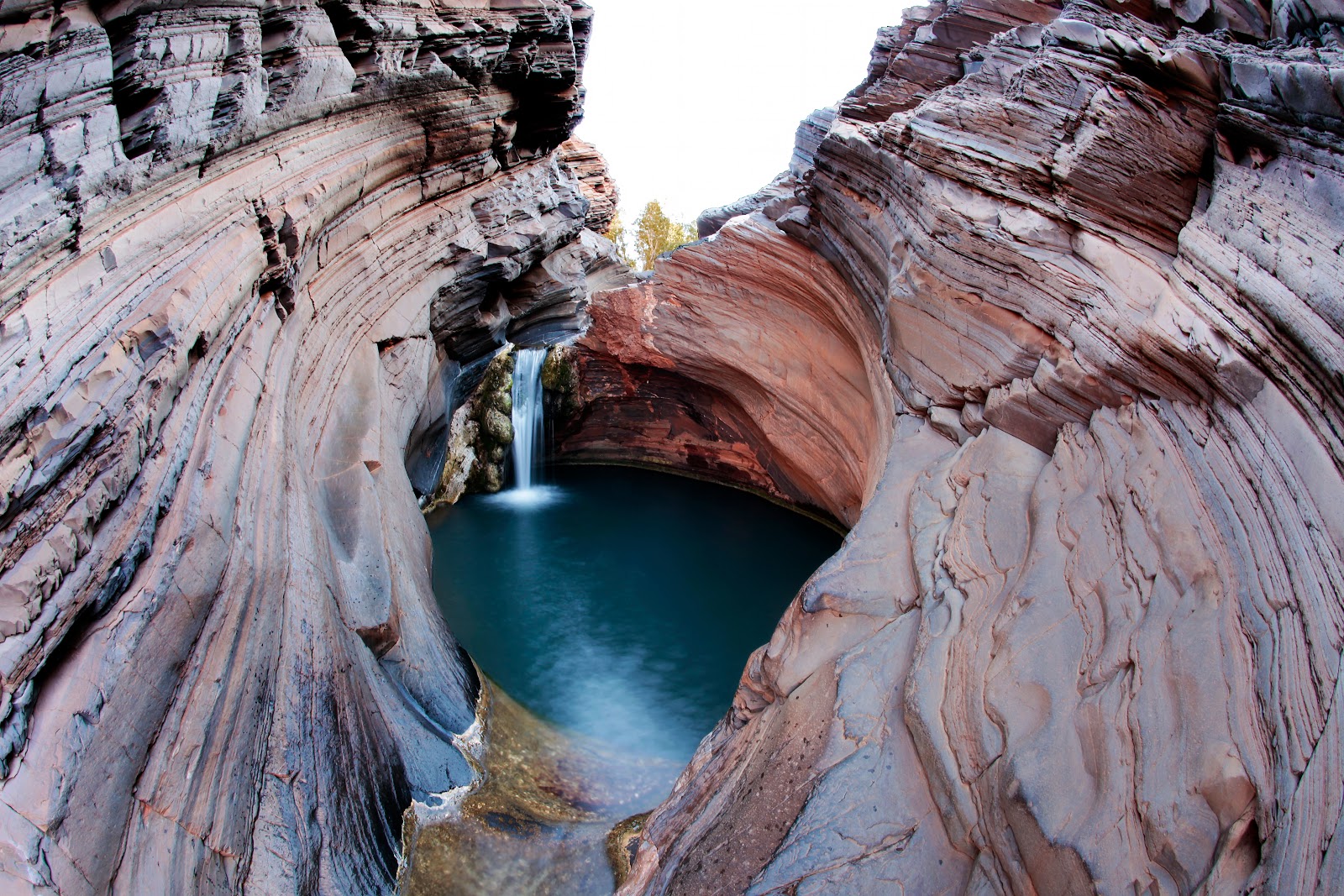 One of the most recognisable places, and the most photographed, in Karijini National Park has to be Spa Pool in Hamersley Gorge, on the north-western side of the park. While the rest of Hamersley Gorge is just as impressive and a great place to swim, the highlight of the gorge is this perfect, small rock pool. The natural spa pool has recently had a ladder and handrails installed to make it easier and safer to access. 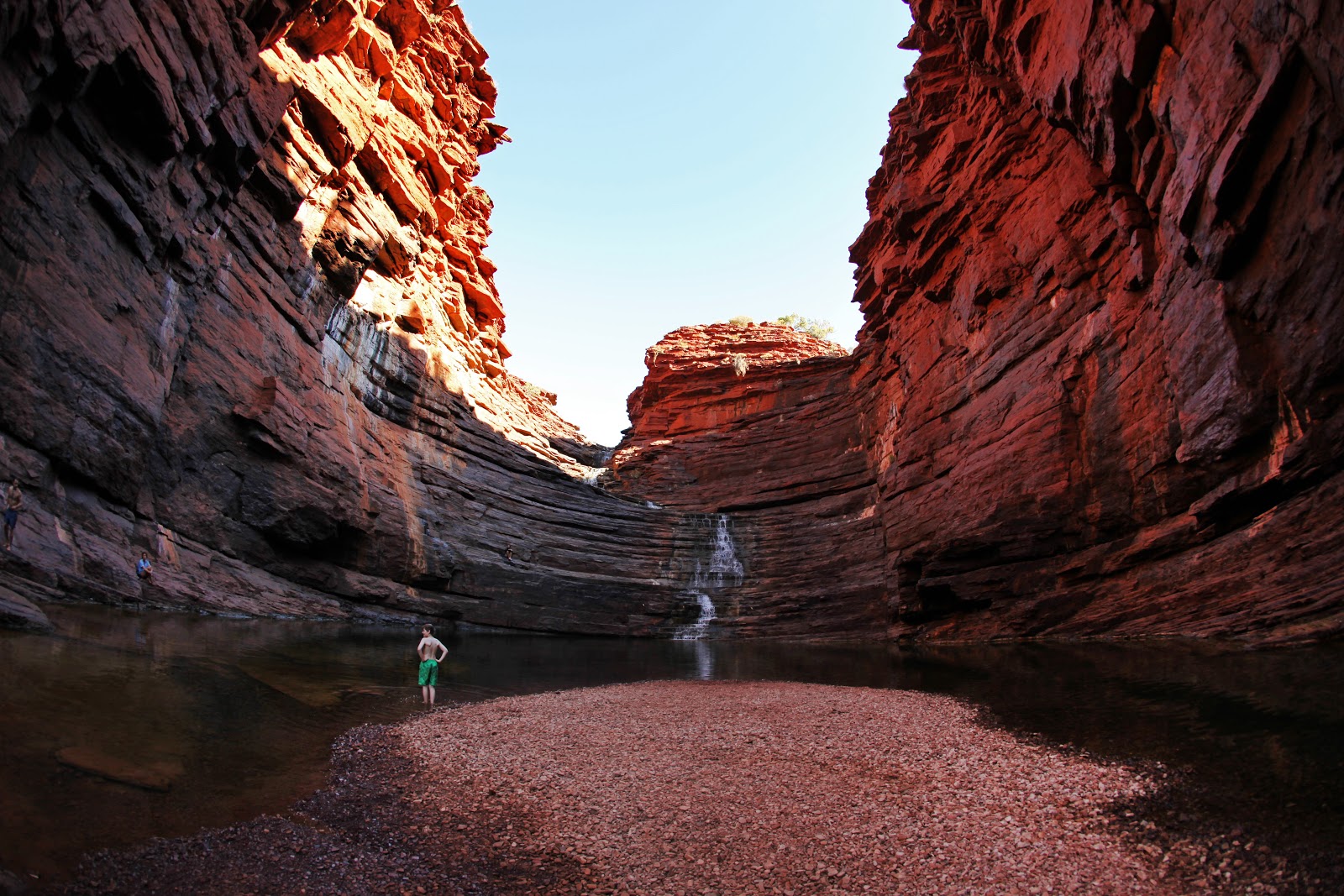 The trail to Joffre Gorge leads from the car park and nearby observation platform (which has great views over the gorge) and takes you across the top of the falls. It’s then a steep, but short, climb down the rocky edge to the base of the gorge where, following the stream along to the right, the natural amphitheatre-like gorge ends with a curved waterfall.