Joni Mitchell became an instant cult classic when she released her debut album. With songs such as Both Sides Now and Big Yellow Taxi under her belt, the legendary singer is considered one of the most influential artists of the 1960s and 1970s. Since then, she has continued to inspire others.

At the same time as Mitchell’s place in music history can never be debated, she’s endured a pretty rough time of things in the last decade, including being diagnosed with a mysterious disease that she described as something “from outer space.” Weeks ago, she made her first public appearance in a very long time. Suffice to say that at 78, she still looks terrific!

So how did Joni Mitchell grow to fame? And why did she decide to give her daughter up for adoption? This is all you need to know about the legendary singer and songwriter!

Joni Mitchell was born Roberta Joan Anderson on November 7, 1943, in Fort McCloud, Alberta. She was the only child of parents Myrtle and Bill Anderson. It seems that Joni was destined for a music career right from the beginning.

The start of Joni Mitchell’s life wasn’t easy at all. At age nine, she got polio and was put in a wheelchair. She began singing to other children at the hospital, but her first-ever “performances” weren’t well received by the other patients.

“My spine was twisted up like a train wreck. I couldn’t walk. I was paralyzed. Forty years later, it comes back with a vengeance,” Mitchell said in 1995.

“It’s like multiple sclerosis. It means your electrical system burns out and your muscles begin to atrophy. It means impending paraplegia.”

She added: “I have to guard my energy. Just like the bunnies in those battery commercials. I’m the one that’s about to keel over. I’m not the one that’s going and going.”

When she was young, Joni’s family moved to a small town in Saskatchewan called Maidstone. After that, they moved again to Battleford, and later to Saskatoon. Her mother, Myrtle, always wanted Joni to get involved in music, as her father also worked in the business.

He was involved with marching bands when Joni was young, and played trumpet. Joni had piano lessons as a youngster, but she was more interested in painting, and later went to art college. 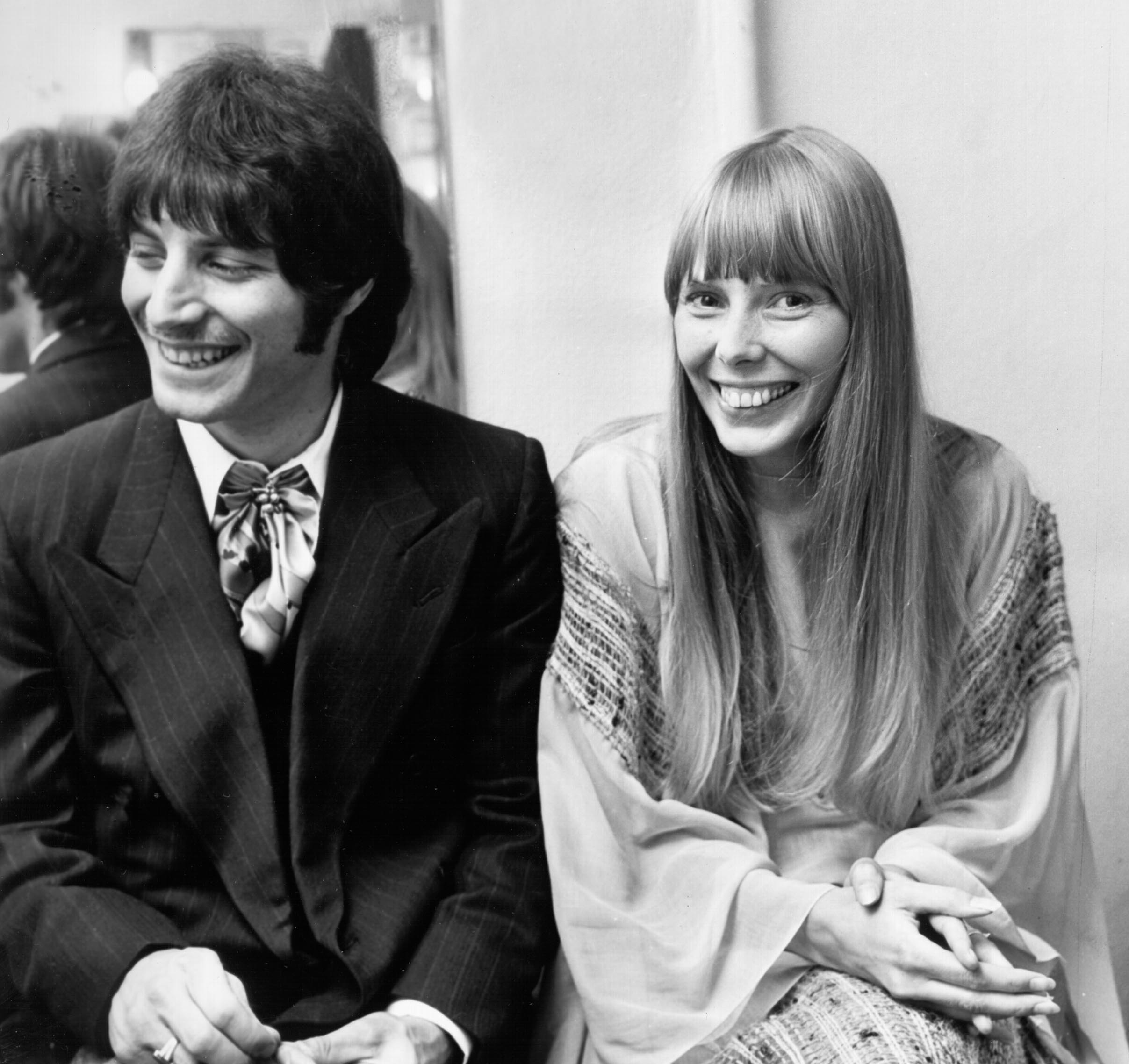 Even so, music was very much present in her life, even when her parents weren’t around.

Mitchell ended up regularly going to a coffeehouse to listen to some jazz music. She described herself as the “rock and roller, teeny-bop go-to-dances-on-Saturday-night-type” and didn’t really enjoy the jazz.

Yet she still returned to the same place several times, and that has since transpired to likely be the most important decision she made.

One night, a particular band caught her attention, and Joni asked the group’s singer to teach her how to teach the guitar. He didn’t want to, and so Joni instead insisted on learning to play by herself. Only, there was one massive obstacle.

“I went out and bought myself a ukulele because my mother thought that guitar…she sort of associated guitar music with country and western, which was sort of hillbillyish there,” she recalled.

“I bought myself a ukulele and I plunked my way through most of the summer. Then I went off to art college and started playing in a club there with Peter Albling, who was the headliner.”

As mentioned, Joni actually attended art college, though music soon became a large part of her life. Alongside Peter Abling, she landed gigs in several Canadian cities, and moved on to play at folk festivals. 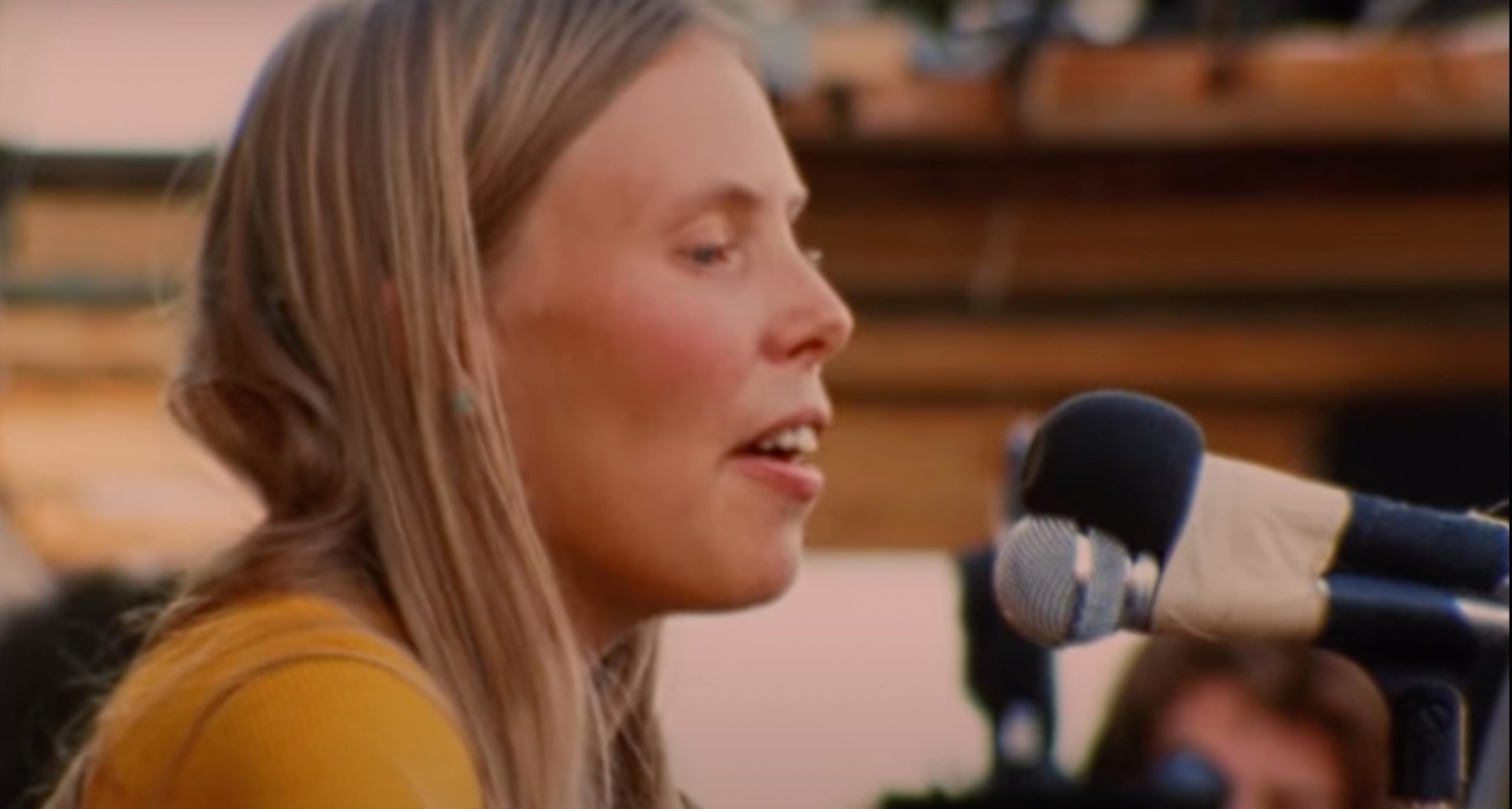 Not long after, Joni met Chuck Mitchell. The two fell in love and moved to Detroit, Michigan, where they worked as a duo. They married in 1965, with Joni taking on his last name. Though the couple divorced just two years later, she kept the surname.

Around that time, Joni also gave birth to a daughter, though she decided to give her up for adoption. This part of her life was very tough on Mitchell, and it actually became something of the inspiration behind one of her most beloved songs, Both Sides, Now.

“I’ve gone through some bad stuff already. You know, the loss of my daughter. I was in a bad marriage. You know, it’s love’s illusion,” Joni told NPR of the song, adding that she gave up her daughter to give her a brighter future.

“I had to give her up for adoption. You know, like, ’cause I couldn’t get enough money together,” she added.

“I married this guy, you know, in order to kind of keep her, and then I thought, ‘No, no, no. This is not a good home. I don’t want to bring — she’s better off elsewhere, you know, than to come in on this. I’ve got to get out of this marriage. It’s not working,’ you know. We married each other for the wrong reasons, you know. Both of us.”

Her daughter, Kilauren Gibb, and Joni reunited decades later in 1997.

“I’ve had pain and joy in my life but nothing like this,” Joni Mitchell said at the time of the reunion. “It’s an unparalleled emotional feeling.” 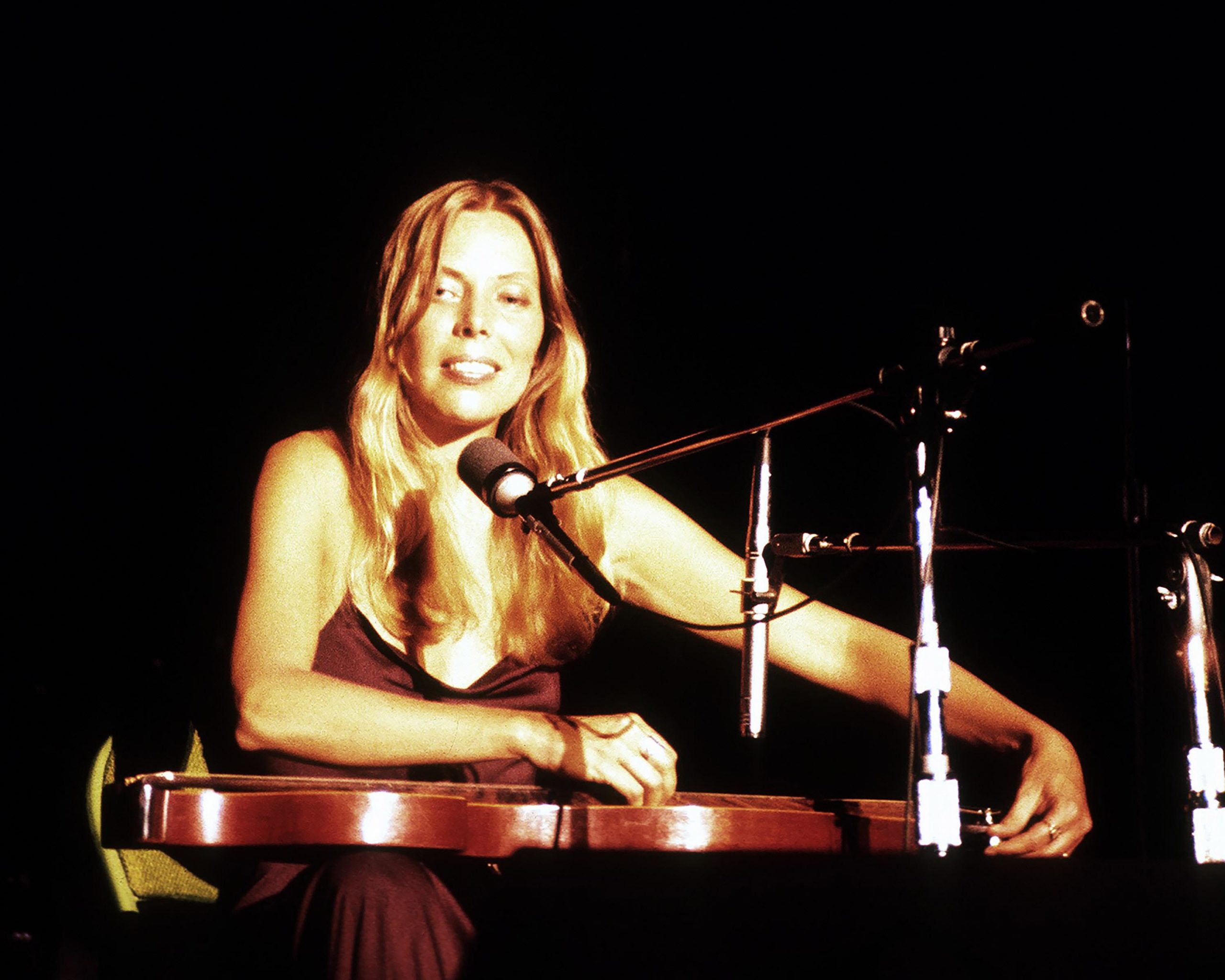 “It was wonderful, it was a great relief to me in every way, it made me feel whole,” Kilauren added.

“It made me feel complete. I don’t have any expectations. I didn’t come into this thing with expectations, I just wanted to find my mom.”

1965 was a big year for Joni, and not only because she tied the knot for the first time. At the time, she was also working on her first solo album and already had several songs written.

In 1968, she released the now legendary album Joni Mitchell – also known as Song to a Seagull – produced by David Crosby.

A year later, Mitchell’s second album, Clouds, which included the monster hit Both Sides Now, brought her even more fame. It peaked at No. 31 on the Billboard Top 200 album chart and won her a Grammy Award for Best Folk Performance. In 1969, she performed at the legendary Woodstock Festival in Bethel, New York. 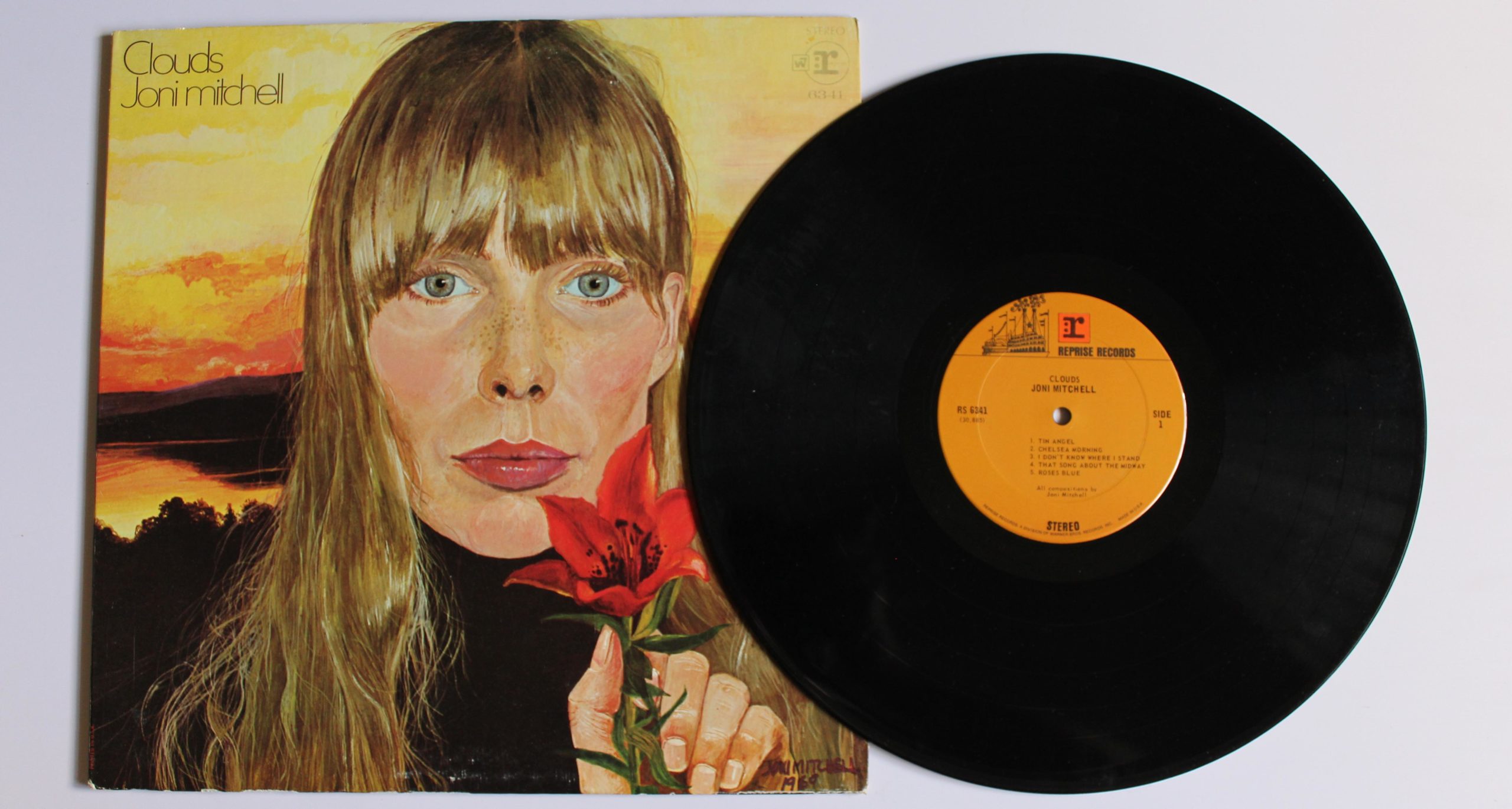 More success followed with the album Ladies of the Canyon, which featured songs such as Big Yellow Taxi and The Circle Game. Her earlier work had been mainly popular among folk fans, but she was now reaching mainstream audiences too.

Mitchell’s song Both Sides, Now took on a life of its own, with a cover from Judy Collins also becoming a huge hit. Artists such as Neil Diamond and Frank Sinatra also covered the song, and at that point in Joni’s life, she was living on top of the world.

In the 1970s’, Los Angeles, Lauren Canyon, and Lookout Mountain became somewhat legendary places. Mitchell hung out with other stars such as Mama Cass from The Mamas and the Papas, Brian Wilson of the Beach Boys, Tom Petty, Carole King, and Eric Clapton.

Not only did LA become a place where musicians could gather, but also an important place in music history. Creativity flowed between the artists, giving life to new songs and experiments within music. 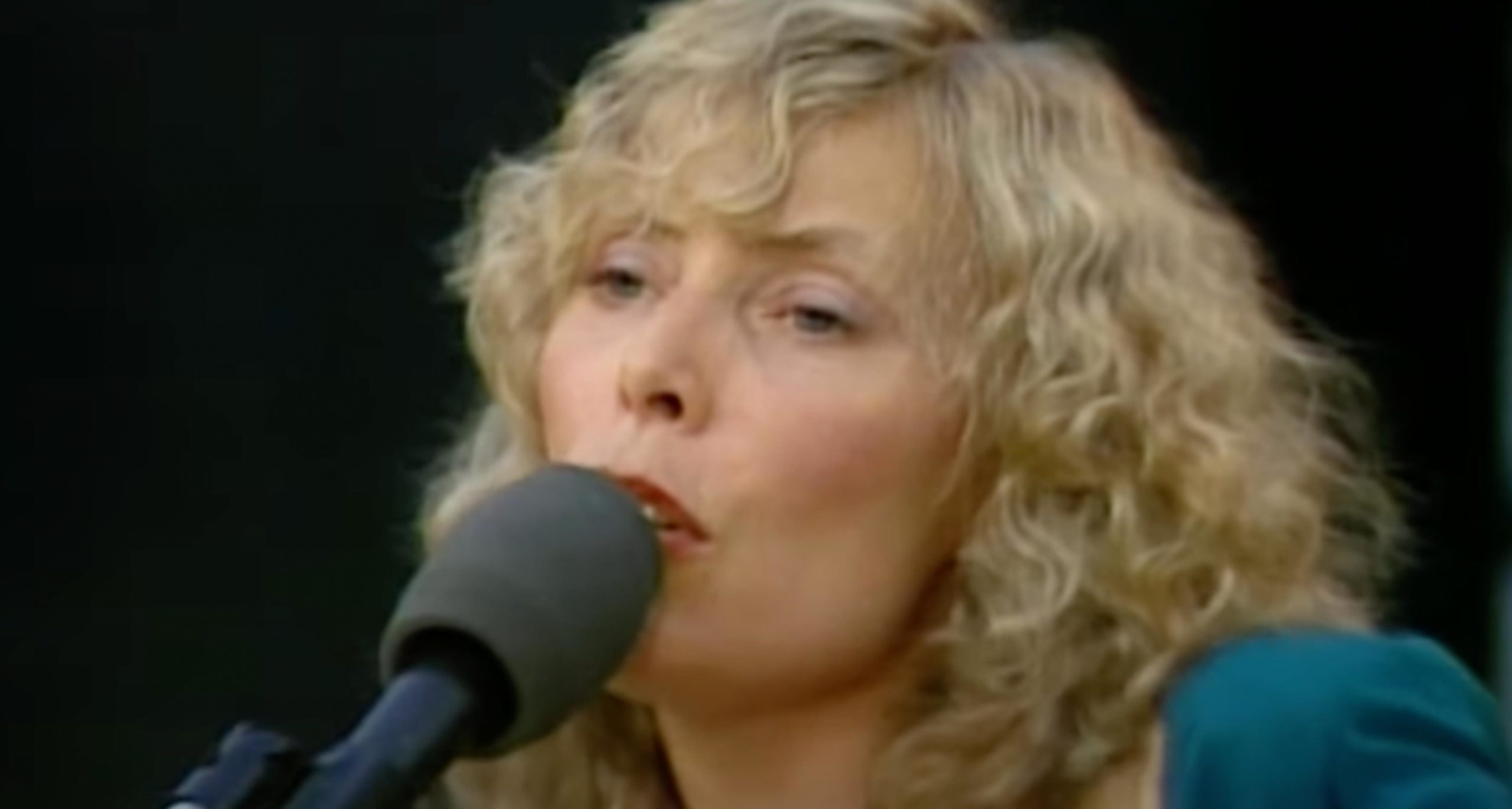 “It was unique that so many musicians lived so close together, let alone so many musicians who became successful. … It was really a place and time that could never happen again, it was just fortuitous and serendipitous,” Johnny Echols from the band Love explained.

Inducted into Rock and Roll Hall of Fame

Mitchell’s success story continued into the 1970s, releasing several albums, including the experimental Hejira, which she explained as the “sweet loneliness of solitary travel.”

The Canadian native has released 19 studio albums, all told, winning nine Grammy Awards and receiving 17 nominations. In 1997, Mitchell was inducted into the Rock and Roll Hall of Fame. Ten years later, she entered the Canadian Songwriters Hall of Fame. 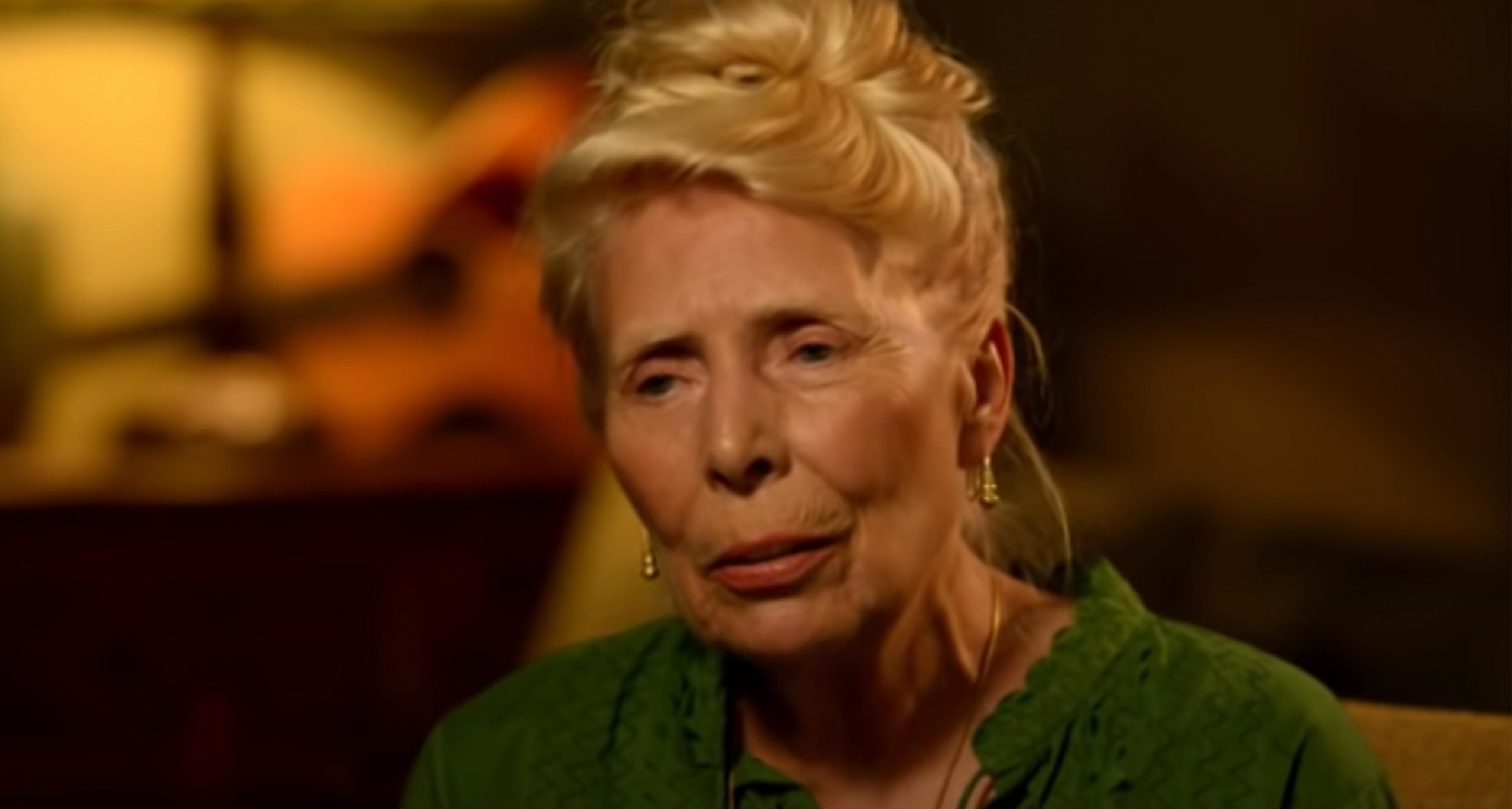 Besides writing and recording many hits, Mitchell’s music has also inspire other musicians, with her songs having been covered by any number of stars.

Her latest album, Shine, was released in 2007. It proved to be her final album, as Joni claimed that she could no longer sing due to complications from her early polio disease and a compressed larynx.

Joni also revealed that she had suffered from a very uncommon and unexplained skin disorder. She sought treatment for what is called Morgellons Disease which, according to the Mayo Clinic, is characterized by sores, crawling sensations on and under the skin, and fiber-like filaments emerging from the sores.”

“I have this weird, incurable disease that seems like it’s from outer space, but my health’s the best it’s been in a while,” Mitchell told the Los Angeles Times in 2010.

“Two nights ago, I went out for the first time since December 23: I don’t look so bad under incandescent light, but I look scary under daylight.

“Fibers in a variety of colors protrude out of my skin like mushrooms after a rainstorm: they cannot be forensically identified as animal, vegetable or mineral. Morgellons is a slow, unpredictable killer — a terrorist disease: it will blow up one of your organs, leaving you in bed for a year. But I have a tremendous will to live: I’ve been through another pandemic — I’m a polio survivor, so I know how conservative the medical body can be,” she added. 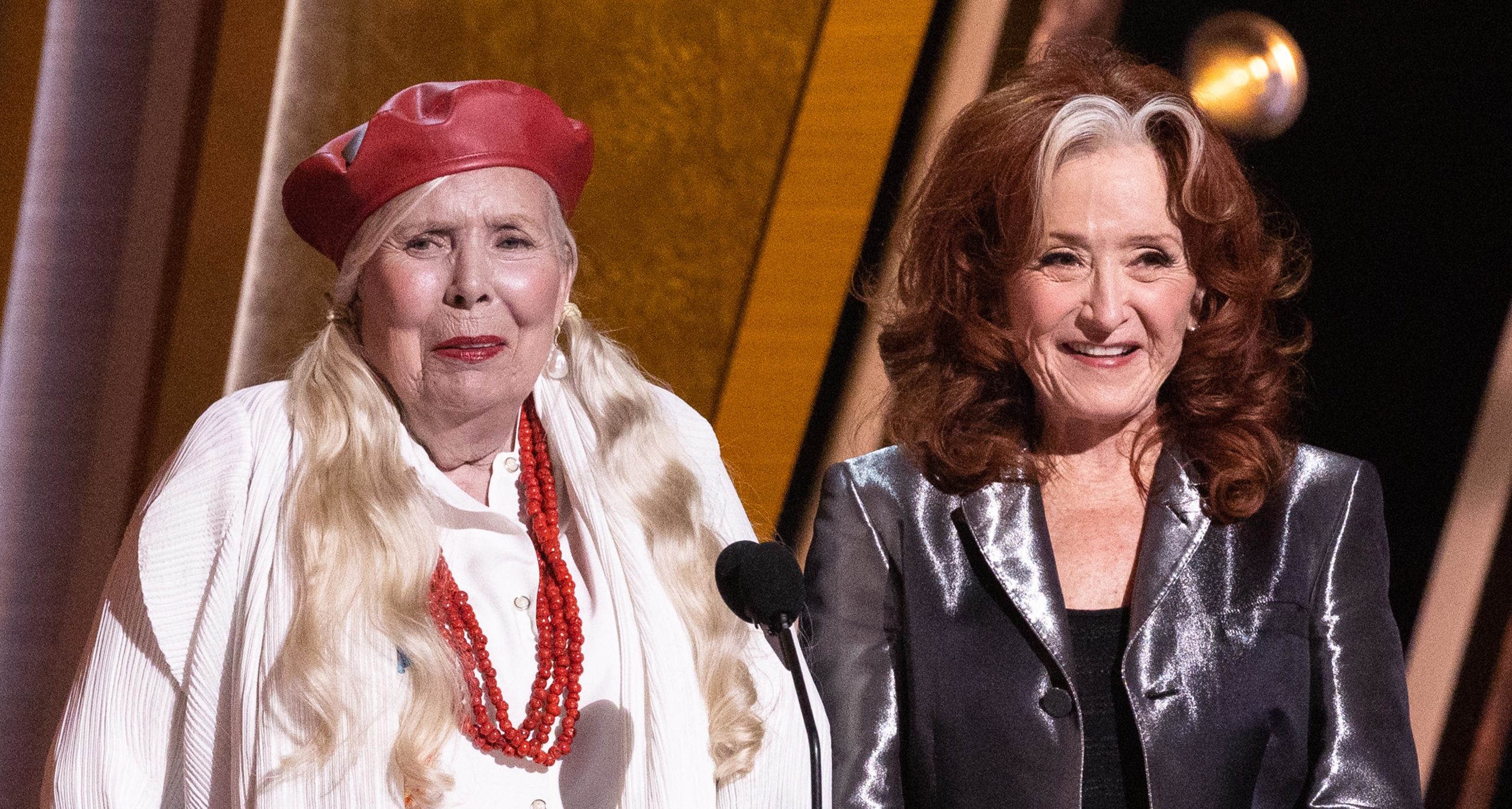 “In America, the Morgellons is always diagnosed as ‘delusion of parasites,’ and they send you to a psychiatrist. I’m actually trying to get out of the music business to battle for Morgellons sufferers to receive the credibility that’s owed to them.”

This is Joni Mitchell today – net worth

In 2015, Mitchell suffered another tough blow after suffering a brain aneurysm. Five years later, she said that she was still struggling to walk.

“Once again, I couldn’t walk. I had to learn how again. I couldn’t talk,” Joni told The Guardian.

“Polio didn’t grab me like that, but the aneurysm took away a lot more, really. Took away my speech and my ability to walk. And, you know, I got my speech back quickly, but the walking I’m still struggling with. But I mean, I’m a fighter. I’ve got Irish blood! So you know, I knew, ‘Here I go again, another battle.’”

As of today, the 78-year-old Joni appears to be doing good. On April 3, 2022, the legendary singer appeared at the 2022 Grammy Awards in Las Vegas.

During the gala, Mitchell won the award for Best Historical Album for her albumJoni Mitchell Archives, Vol. 1: The Early Years (1963-1967), and received the prize up on stage. And wow, she is still looking fabulous!

According to Celebrity Net Worth, Mitchell has a net worth of around $100 million.

Joni Mitchell will forever be known as a true music legend, and we will cherish her music for all time. We’re so delighted to see that she is doing well despite her mysterious disease, and we’d all like to wish her the best in the future.

Please, share this article with friends and family to honor the one and only Joni Mitchell!