The actor, 59, was the major lead in five Pirates movies over the past 15 years

Depp sued Heard over the Washington Post op-ed in 2018 that didn’t identify him, but clearly branded him as a domestic abuser

Johnny Depp is reportedly set ‘to return’ to Pirates of the Caribbean after being dropped from the franchise in 2018.

Depp was the major lead in five Pirates movies over the past 15 years and made what was thought to be his final voyage on the Black Pearl in Dead Men Tell No Tales which was released in 2017.

But a source told Poptopic that the actor, 59, has been in talks with Disney about a ‘$300 million deal’ after winning his defamation trial again Amber Heard. 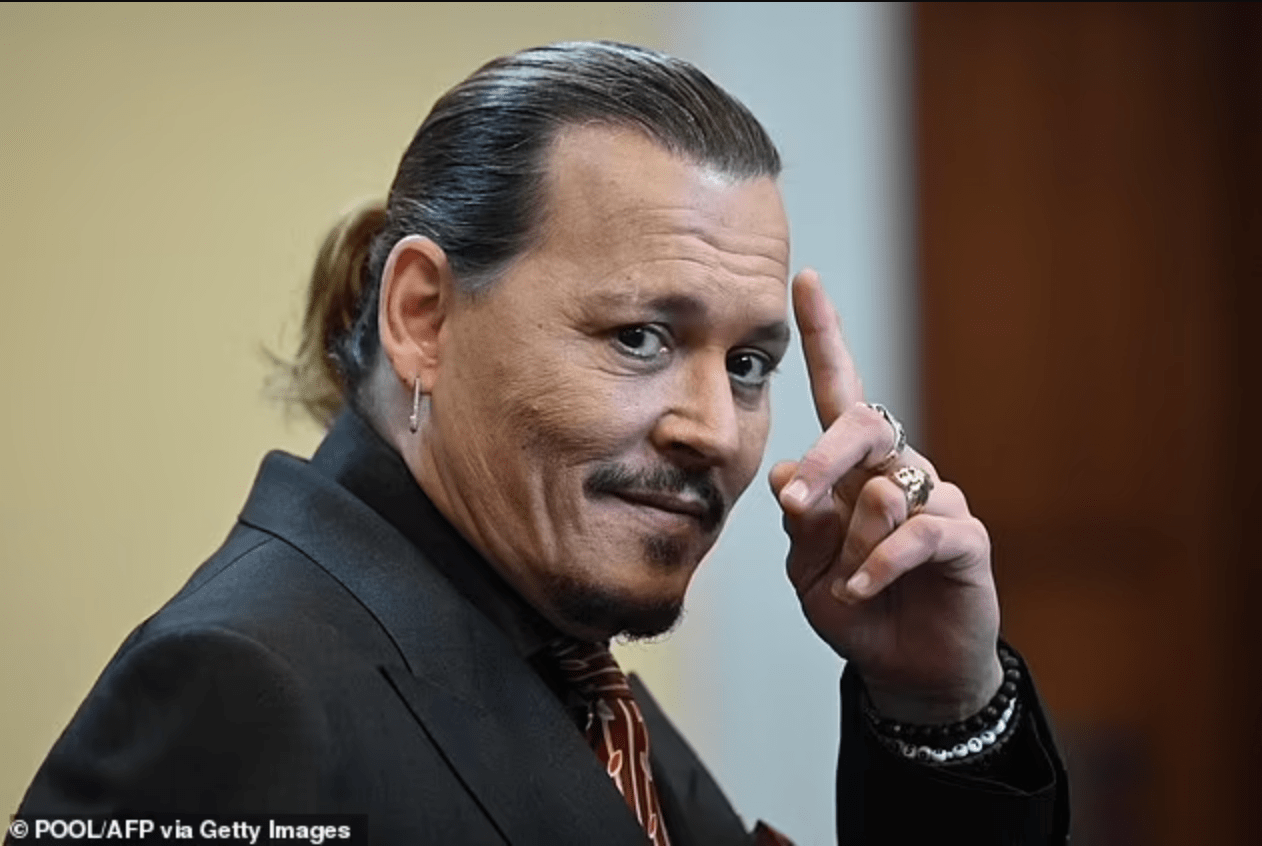 Exciting: Johnny Depp is reportedly set ‘to return’ to Pirates of the Caribbean after being dropped from the franchise in 2018

The insider revealed that Disney are interested in patching the relationship up with Depp and have recently reached out to him. 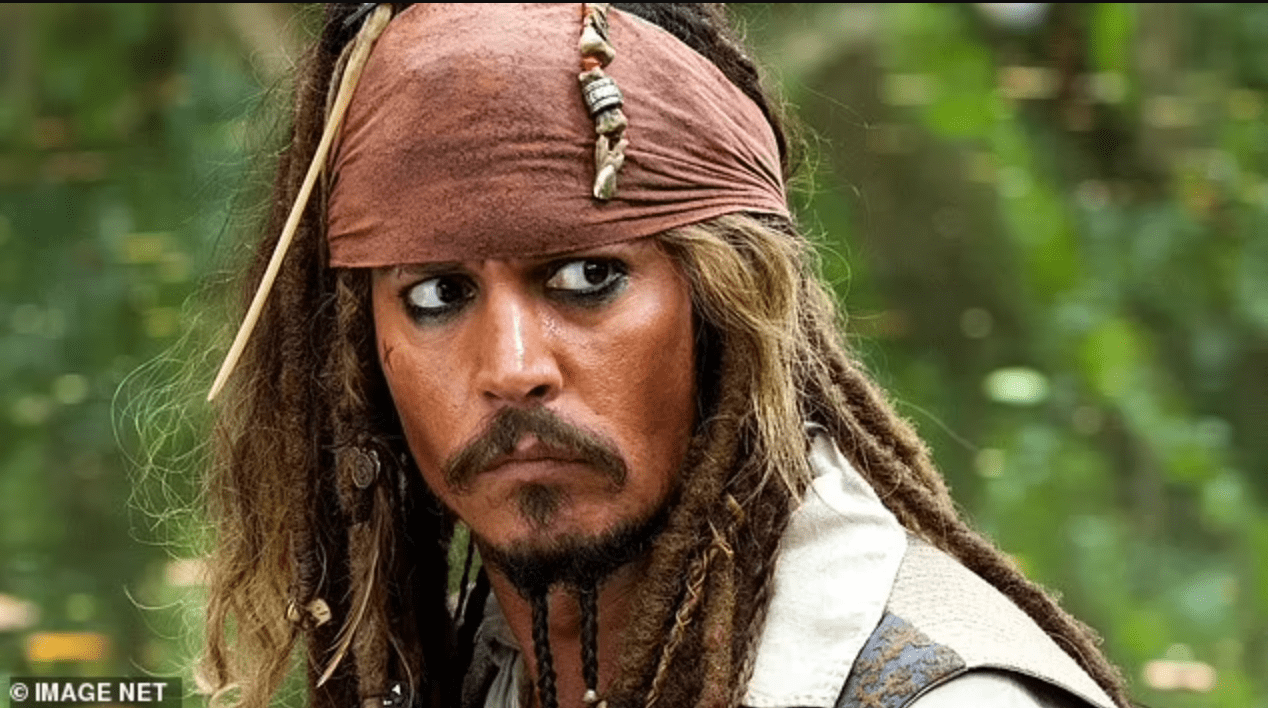 They said: ‘They reached out to the actor prior to his defamation trial against Amber Heard and asked whether he would be interested in returning for another pirate film or two.

The source added that another project is in the works for Disney Plus. They said: ‘The deal is reportedly for Johnny Depp to return as Jack Sparrow in Pirates of the Caribbean 6 and a spin-off Disney Plus series about the early life of the Captain of The Black Pearl.’

They continued: ‘What I can tell you is that the studio has already penned up a draft for a film about Jack Sparrow so they are very hopeful that Johnny will forgive them and return as his iconic character.’ 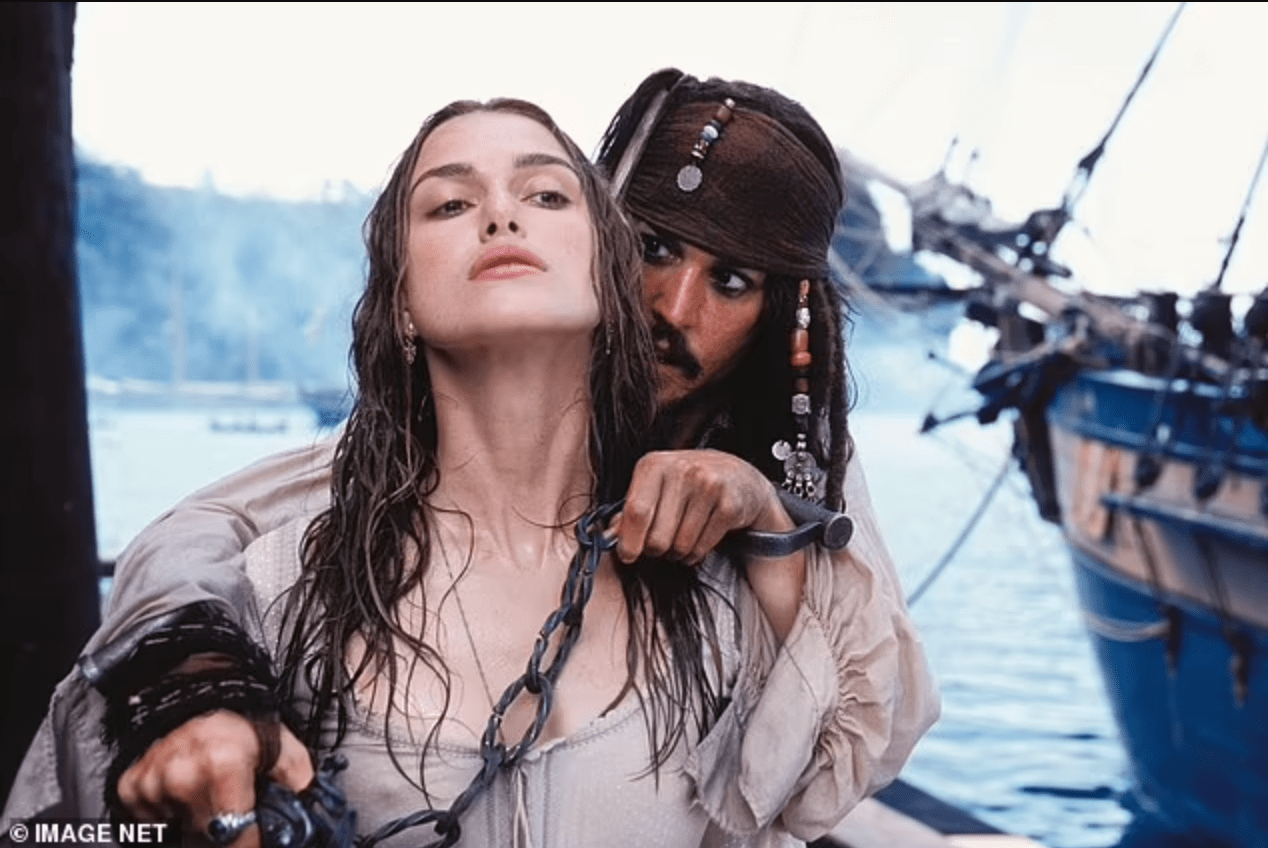 Sad: Depp was the major lead in five Pirates movies over the past 15 years and made what was thought to be his final voyage on the Black Pearl in Dead Men Tell No Tales which was released in 2017

The source said that the media house is working on a ‘$301 million deal’ to coax Depp back soon and are also reportedly adding a ‘sizeable donation’ to a charity of Depp’s choice as a gesture of goodwill.

The Edward Scissorhands star previously told the jury he would not work with Disney again after he was scrubbed from the sixth Pirates movie.

His legal team claims Depp lost out on a $22 million payday after Heard published her Washington Post op-ed in 2018 that didn’t identify Depp, but clearly branded him as a domestic abuser.

Depp said he felt as if he was ‘guilty until proven innocent’ with Disney executives.

Return: A source told Poptopic that the actor, 59, has been in talks with Disney about a ‘$300 million deal’ after winning his defamation trial again Amber Heard

Original Pirates script writer Stuart Beattie was the first to publicly confirm that Disney Studios were ditching the star in 2018 as they rework the entire franchise.

Speaking exclusively to DailyMailTV at a red carpet event in Hollywood, Beattie confirmed on camera the reboot means Depp is out as Sparrow.

Nodding when it was suggested Depp was out, he said: ‘I think he’s had a great run. Obviously, he’s made that character his own and it’s become the character he’s most famous for now.

Stuart Beattie says Depp’s been cut from Pirates of the Caribbean
Depp sued Heard over the op-ed she wrote, describing herself as ‘a public figure representing domestic abuse.’

The jury found in Depp’s favor on all three of his claims relating to specific statements in the 2018 piece.

Heard has said she plans to appeal the verdict as she teeters on the brink of bankruptcy.

A source close to the Aquaman star claimed the 36-year-old actress was ‘broke’ that she ‘considers her career in Hollywood over’ and ‘has nothing to lose’ following a disastrous few months.

Heard admitted through her lawyer that she cannot afford the $8.3 million in damages awarded to Depp. 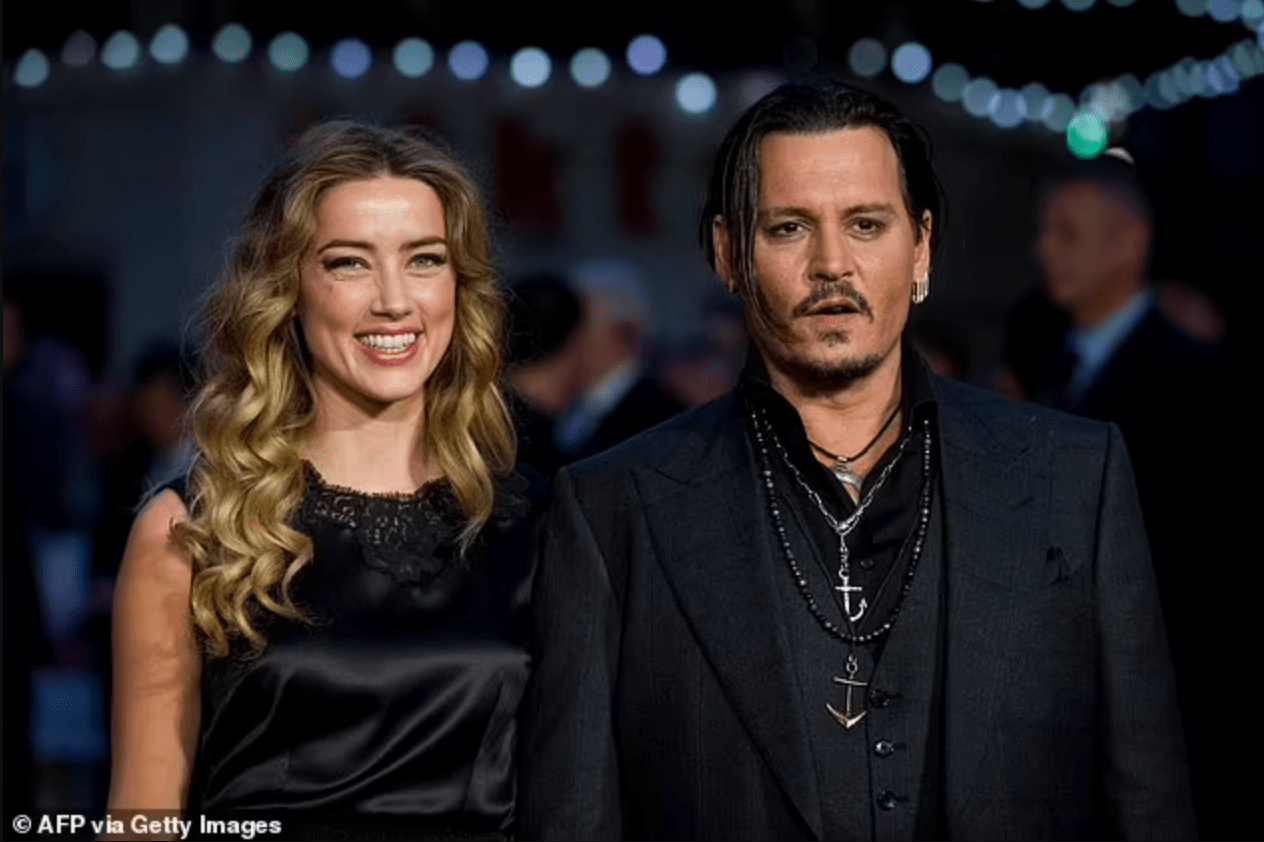 Ex: Heard has publicly admitted she cannot pay Depp (right) after the jury awarded him $10 million and her only $2 million in their highly publicized court battle

Lawyers for Johnny Depp and Amber Heard have now failed to reach a last-minute agreement which might have seen the damages the actress owed to her former husband be reduced, following their six week defamation trial which ended earlier this month.

Instead, the judge in the trial made the jury’s award official on Friday with a written order for Heard to pay Depp $10.35 million for damaging his reputation by describing herself as a domestic abuse victim in an op-ed piece she wrote.

Judge Penney Azcarate finalized the verdict as she entered a judgment order into the court record after a brief hearing in Fairfax County Circuit Court. Neither Depp nor Heard were present.

Amber Heard is in talks to write tell-all book
She also ordered Depp to pay Heard $2 million, the jury’s award on her counterclaim that Heard was defamed by one of Depp’s lawyers.

The order was a formality after the jury announced its verdict on June 1, largely siding with Depp after a sensational trial in which the couple revealed lurid details of their short marriage during a televised trial that was closely followed on social media.

Attorneys for both Depp and Heard were unable to reach a last-minute settlement which now means there may be a costly and lengthy appeals process.

In three weeks, the case will move to the Court of Appeals of Virginia during which time both parties will have 30 days to file a notice of appeal. 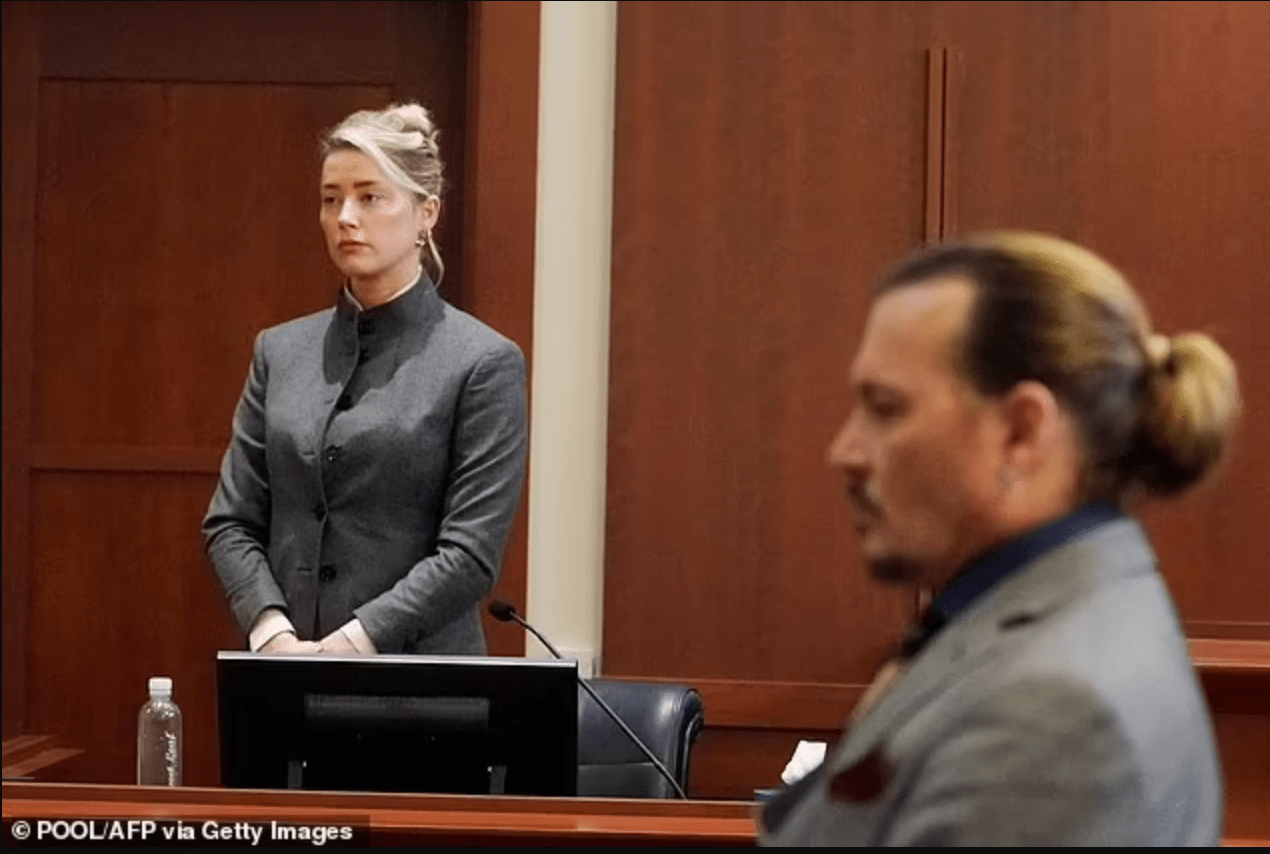