Ivana Trump, President Donald Trump’s first wife and the mother of his three oldest children has died, according to her family. She was 73.

In a statement to The Daily Beast, her family called the former model “an incredible woman—a force in business, a world-class athlete, a radiant beauty, and caring mother and friend.” 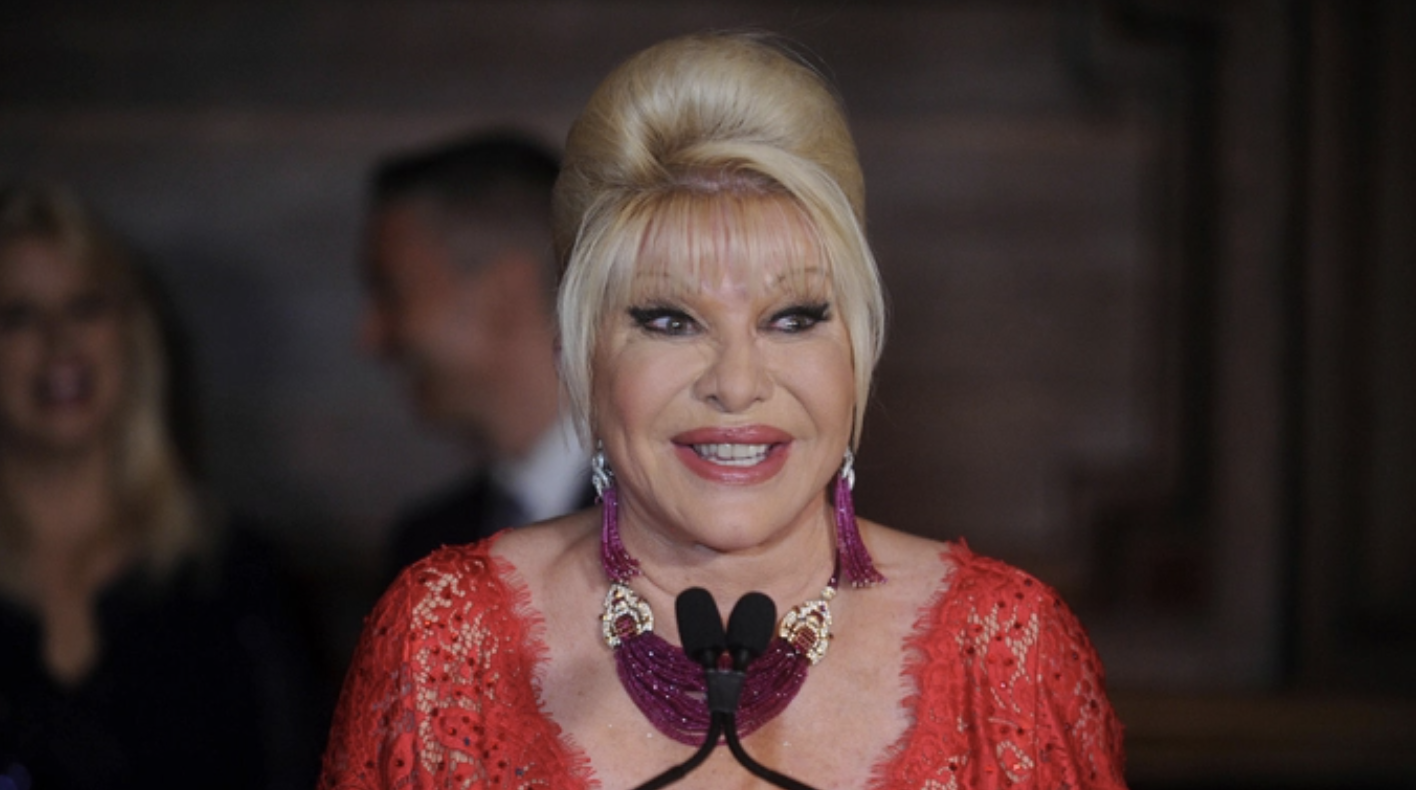 “Ivana Trump was a survivor,” they went on. “She fled from communism and embraced this country. She taught her children about grit and toughness, compassion, and determination. She will be dearly missed by her mother, three children & 10 grandchildren.”

At the moment, neither the Trump family statement nor the post put out by Donald Trump himself has mentioned Ivana’s cause of death.

The former president shared the news of his ex-wife’s passing on the social media platform Truth Social where he wrote: “I am very saddened to inform all of those that loved her, of which there are many, that Ivana Trump has passed away at her home in New York City.”

Her children, who are devastated and in deep mourning over the loss of their mother remember her as an “incredible woman – a force in business, a world-class athlete, a radiant beauty and caring mother and friend.”

Their family statement read: “It is with deep sadness that we announce the passing of our beloved mother, Ivana Trump. She fled from communism and embraced this country.

Married from 1977 until their separation in 1992, Donald and Ivana Trump shared three children: Donald Jr., Ivanka, and Eric.

Ivana’s most recent ex-husband, Rossano Rubicondi, died last year. She told People at the time that she was “devastated” by the Italian actor’s passing.

Ivana and Donald’s 1990s divorce battle was the stuff of tabloid dreams, with the two sides warring through gossip columns in the New York City newspapers. In her 2017 book Raising Trump, Ivana revealed how she found out Donald was cheating on her.

“This young blonde woman approached me out of the blue and said ‘I’m Marla and I love your husband. Do you?’” she wrote. “I said ‘Get lost. I love my husband.’ It was unladylike but I was in shock.”

The former president took to Truth Social on Thursday to announce the news of his ex-wife’s death. “I am very saddened to inform all of those that loved her, of which there are many, that Ivana Trump has passed away at her home in New York City,” he said. “She was a wonderful, beautiful, and amazing woman, who led a great and inspirational life.” 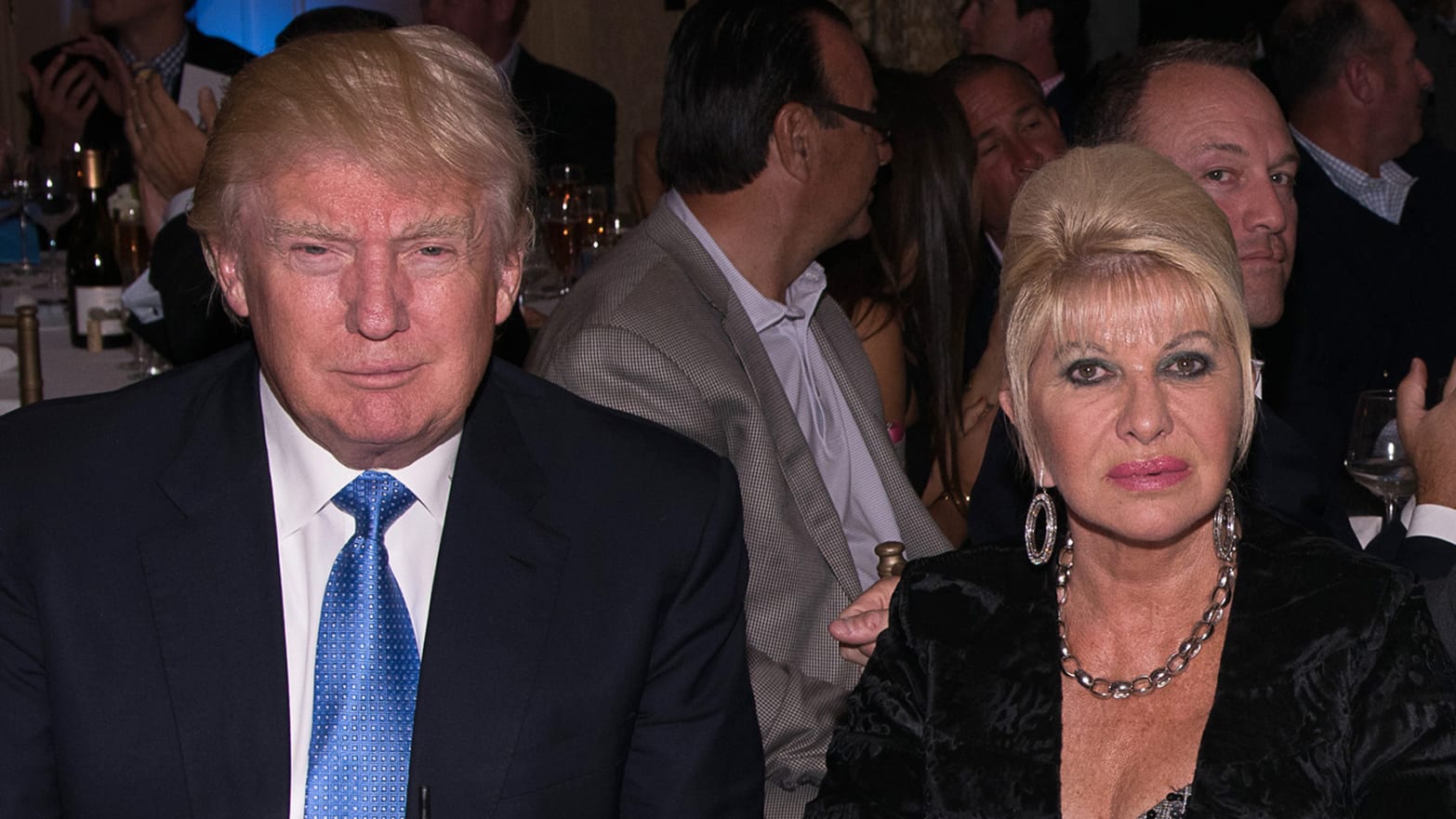 Ivana never forgave Marla Maples—who she called “the showgirl”—for stealing her husband. After the affair, Maples and Donald Trump were married in 1993. In her memoir, Ivana said that the experience was like going “through hell,” and left her with “deep scars.”

“I’m not saying that if it weren’t for the showgirl, Donald and I would still be together or that my life since our divorce hasn’t been a wonderful adventure of love, travel, success, and laughter,” she wrote. “I’ve had a fabulous life.”

Two years after her divorce, Ivana married Italian businessman Riccardo Mazzucchelli, but the union lasted last than two years. She had a long relationship with the Italian Count Roffredo Gaetani dell’Aquila, who died in 2005. She married Rubicondi in 2008 after six years of dating. According to People, their $3 million wedding ceremony was hosted by the then-future president at the Mar-a-Lago Club.

Ivana and Rubicondi divorced within a year, but the split was “amicable,” according to her, and the two maintained an on-again, off-again relationship until 2019.

Rubicon’s death last October reportedly “devastated” Ivana, who was allowed by his parents to keep half of his ashes. The Rossanos told People that the ex-model had cared for their son throughout the final year of a secret battle with liver cancer.