In a Virginia courtroom, actors Johnny Depp and Amber Heard are on trial for defamation, with the trial expected to resume on Monday 25th April. 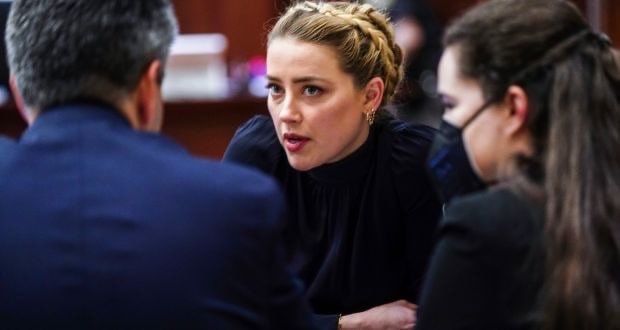 Depp is suing his ex-wife, Amber Heard, for $50 million for an op-ed she wrote for The Washington Post in 2018 in which she portrayed herself as a “public figure representing domestic abuse.” Depp alleges that the report cost him lucrative acting gigs, despite the fact that he was not identified in the article.

Both Heard and Depp accuse the other of physical violence during their relationship, which began in 2009 and ended in 2016. Both of them have refuted the other’s claims. 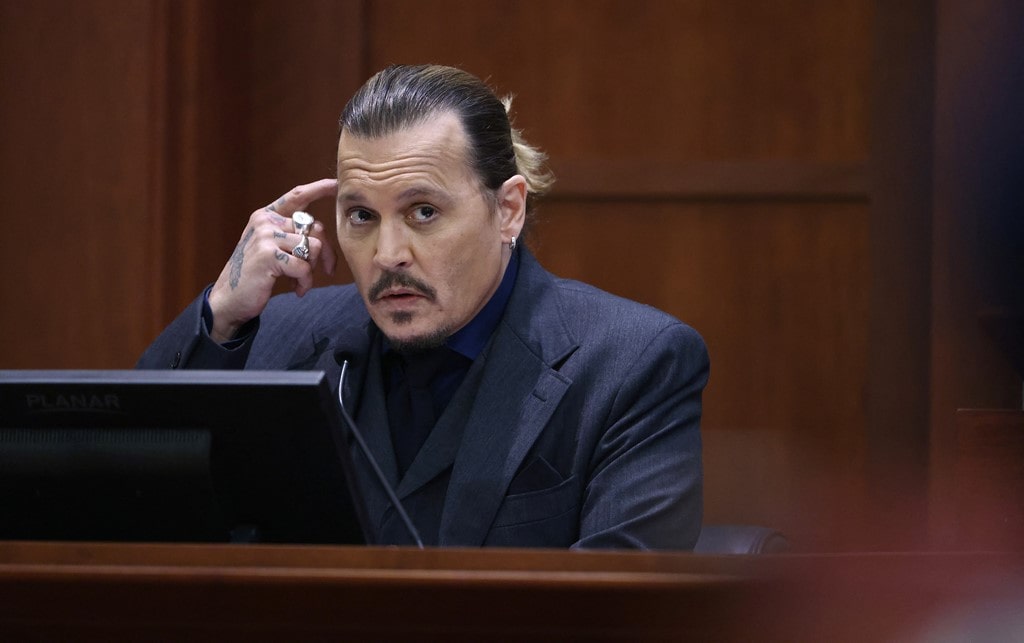 “Our relationship was intensely passionate and at times volatile, but always bound by love,” the former couple said in a joint statement after their divorce was finalised in August 2016.

The trial, which began on April 11 and will last six weeks. Heard has yet to give her testimony.

Depp’s evidence began on April 19, and he is scheduled to be cross-examined by Heard’s lawyer again on Monday.

Here’s what we know so far- 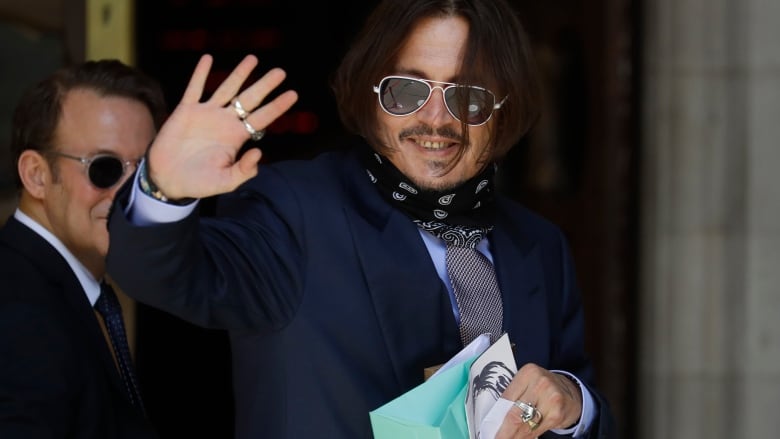 According to a complaint she filed in 2016, Heard claimed Depp was “verbally and physically abusive” to her, claiming Depp bruised her face after throwing a phone at her in their Los Angeles home.

Depp rejected the accusation and was cleared of any charges.

Depp testified Tuesday that the couple frequently had arguments but said “Never did I myself reach the point of striking Ms. Heard in any way nor have I ever struck any woman in my life.”

The court has heard audio recordings of some of their heated conversations, including one in which Heard discussed striking Depp.

“You didn’t get punched; you got hit. I’m sorry I hit you like this, but I did not punch you,” Heard reportedly said.

In a video aired in court on April 14, Laurel Anderson, a clinical psychologist who worked with Depp and Heard as their marriage counsellor in 2015, testified that Heard told her she “fought back.” after Depp would become physical. Anderson said the former couple “engaged in what I saw as mutual abuse.”

Depp has also claimed that he has used physical force to defend himself in the past, citing an instance in which Heard claimed her nose was broken. Depp testified the court that while attempting to “restrain” Heard, his head collided with her forehead.

“There was not an intentional head butt,” the actor said

In 2015, Depp’s finger was cut by shattered glass when Heard allegedly hurled a bottle of vodka at him, according to Depp. He sought medical attention, but said in court that he informed others at the time that he had damaged his finger by smashing it against a door.

“I didn’t want to disclose that it had been Ms. Heard that had thrown a vodka bottle at me and then took my finger off,” he said during his testimony. “I didn’t want to get her in trouble. I tried to just keep things as copacetic and easy as possible for everyone. I didn’t want to put her into that mix.” 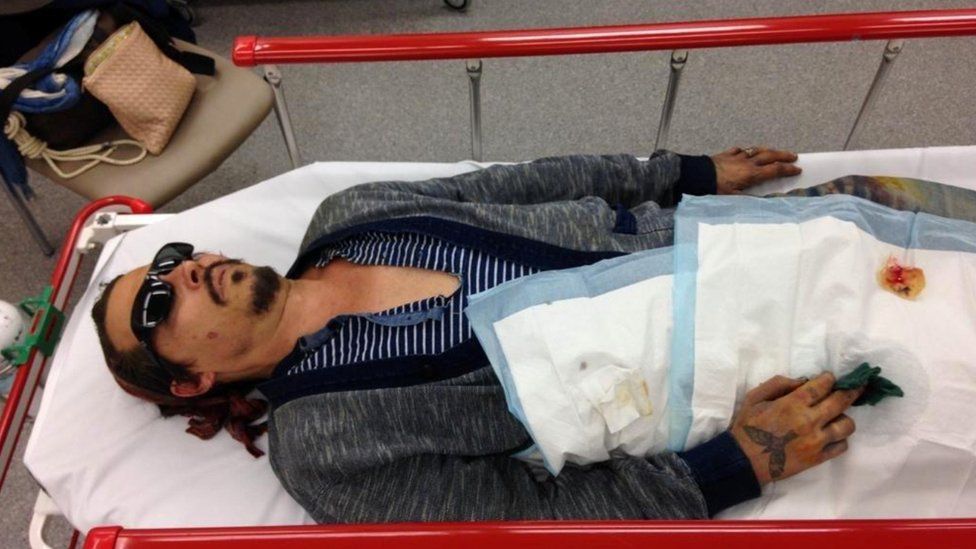 Depp stated he had many surgeries to heal the finger and became infected with Methicillin-resistant Staphylococcus aureus (MRSA) while recovering. MRSA produces antibiotic-resistant staph infections that are notoriously difficult to treat.

In a deposition aired in court last week, Dr. David Kipper, who has treated Depp, corroborated parts of Depp’s narrative.
Heard’s lawyers have argued that Depp sliced off his own finger by citing statements Depp made to ER doctors at the time. Depp, on the other hand, denies this.
Depp was also questioned about his post-injury actions, such as when he used his damaged finger to draw on the walls with a mixture of blood and paint. In court, Depp stated that he had done so.

Depp stated that the notes read in court made him “embarrassed” and that he expresses himself with “dark humour” at times.

Depp’s drug and alcohol addiction was discussed in other text exchanges with acquaintances such actor Paul Bettany and artist Marilyn Manson.

‘Pirates of the Caribbean’ 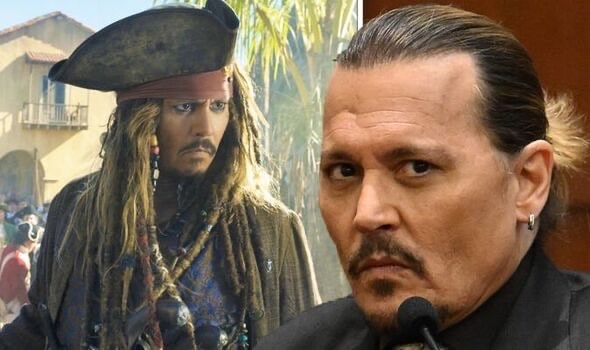 While Depp’s complaint focuses on the harm that has been done to his once-promising career, some attention has been drawn to the popular “Pirates of the Caribbean” franchise, which Depp led for five films over 15 years.
Prior to the publishing of Heard’s op-ed, Rottenborn, Heard’s lawyer, stated that Depp was aware he was “likely out” of the sixth picture or that Disney would drop or shrink his role in it. This was refuted by Depp.

“I would be a real simpleton to not think that there was an effect on my career based on Ms. Heard’s words, whether they mentioned my name or not,” Depp said on the stand.

“I would be a real simpleton to not think that there was an effect on my career based on Ms. Heard’s words, whether they mentioned my name or not,” Depp said on the stand.

However, when questioned by Rottenborn, “If Disney came to you with $300 million and a million alpacas, nothing on this Earth would get you to go back and work with Disney on a ‘Pirates of the Caribbean’ film, correct?”

Depp added on his career: “One day you’re Cinderella so to speak and then in zero point six seconds you’re Quasimodo. I didn’t deserve that and nor did my children, nor did the people who had believed in me all these years.” 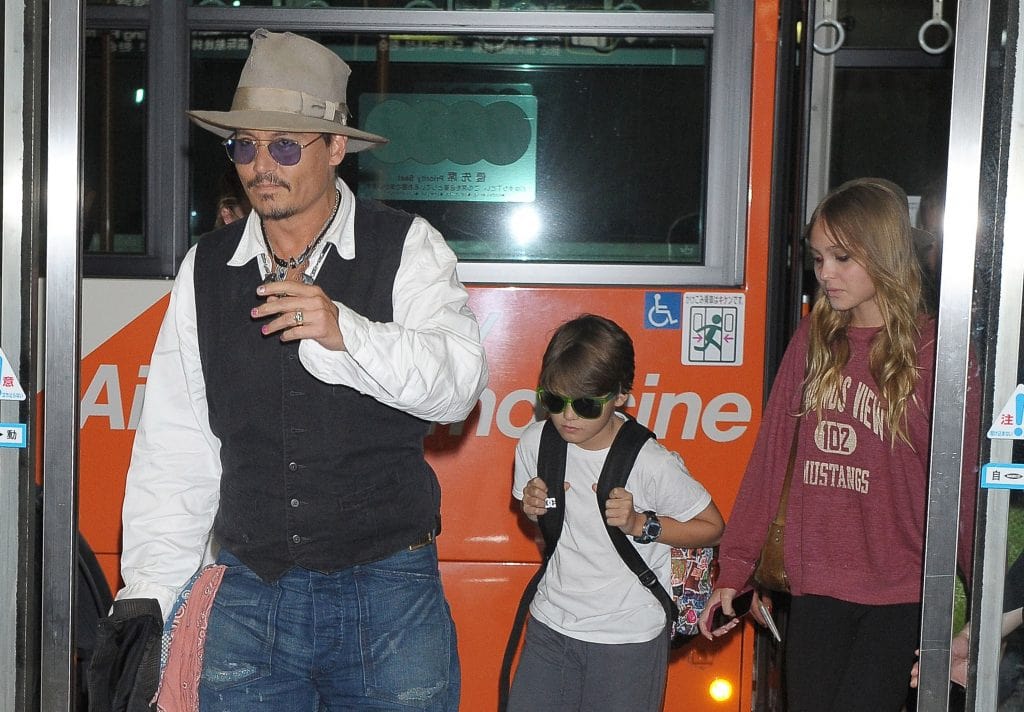 Expert claims Janice Dickinson has undergone “pretty much every facial plastic surgery there is”
I woke up in the morning and found this picture on my phone, my husband had taken it while I was sleeping