“The world still has good in it.” People’s goodness appears when you least expect it.

My youthful, energetic, and strong spouse died about two years ago from pancreatic cancer. What you might not realize is how sudden death came. I know that pancreatic cancer and a rapid death are commonly associated, but that wasn’t the case for Chad.

He was diagnosed, underwent surgery, returned to work, and then endured months of chemotherapy. They couldn’t uncover any trace of the cancer for a while following treatment.

No cancers found. His blood tests were flawless. There was a point when I truly believed we had avoided the inevitable. I was full of optimism.

Until the cancer came back. It was in his liver when they initially saw it. He would die six months later, but he continued to battle in the meantime. He went back to work. He maintained as much normalcy as possible. 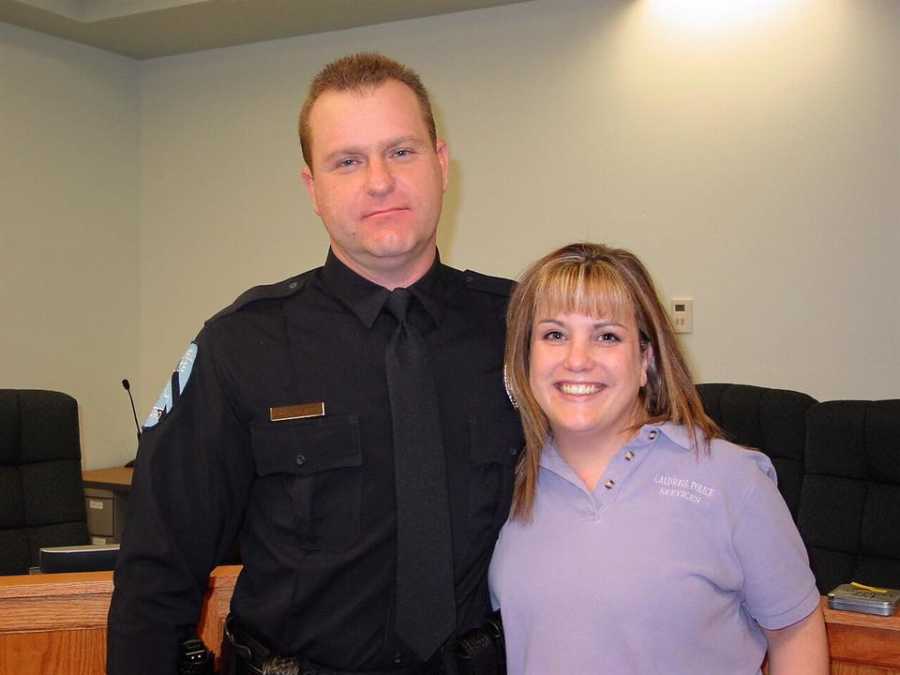 My grief was multi-layered. I was perplexed. He appeared to be fine one minute and not the next. I went from confidently planning our future to questioning if we had one in a matter of days.

I had no idea what was going on, and I’m not sure he did either. His cancer had turned into a monster. It had been a thief. A ruthless, obnoxious thief.

He never missed work due to illness. Ever. He had not phoned in sick in seven years prior to his diagnosis, and he had only taken time off to have surgery out of state. For chemo, he didn’t call in sick.

So I realized something was seriously wrong when he came home early from work one night because he couldn’t stand the discomfort. I desperately wanted to be incorrect, but I knew I couldn’t. He knew. 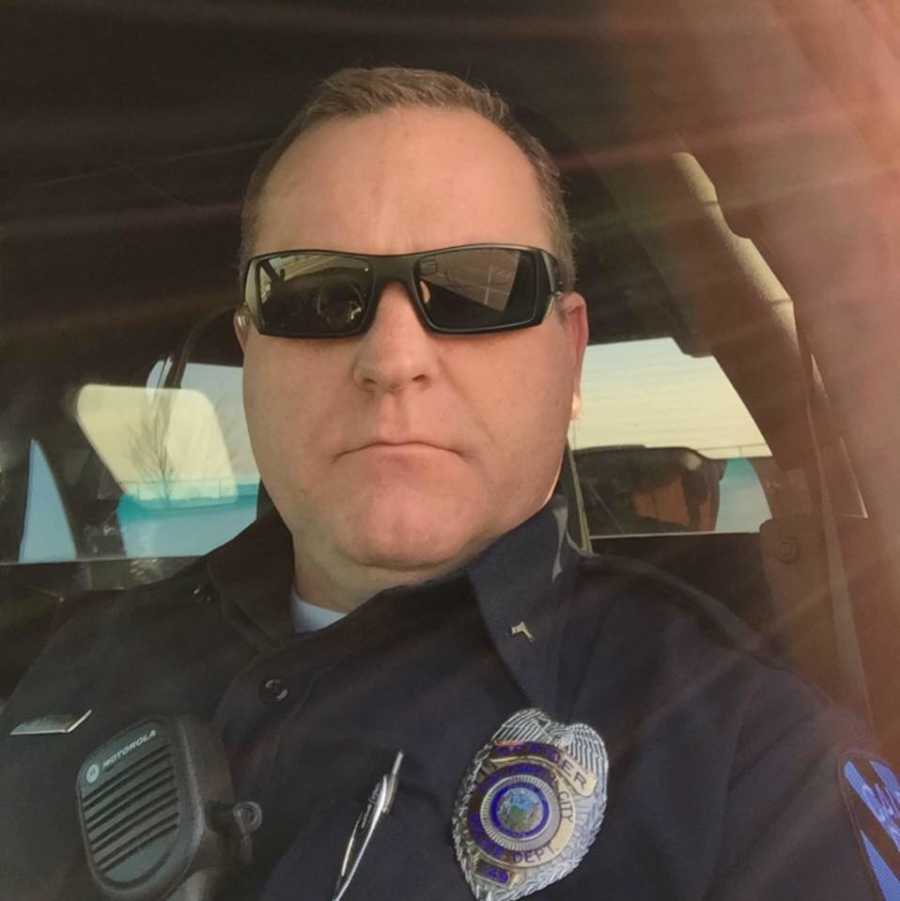 We were in and out of the ER trying to control the agony, and he had a stroke somewhere along the line. We were completely unaware. He said that his vision was fuzzy, but he was the type of person who compensated for things so rapidly that I had no idea how bad they were. I’m not sure whether he did and wasn’t complaining, but I had no idea he was in such pain.

The tumors had finally taken over his body, and the pain was so excruciating that he could no longer bear it. The stroke’s symptoms were beginning to appear, and I felt absolutely helpless. I had no idea what to do. Everything happened so quickly.

His anguish gained complete control one night. He couldn’t take it any longer. He sat on the bed, a shadow of his former self and in excruciating pain.

Later, we discovered that the tumors were not only in his organs, but also in his bones, and that one of them was blocking his intestines. They compared it to being in active labor 24 hours a day, seven days a week. 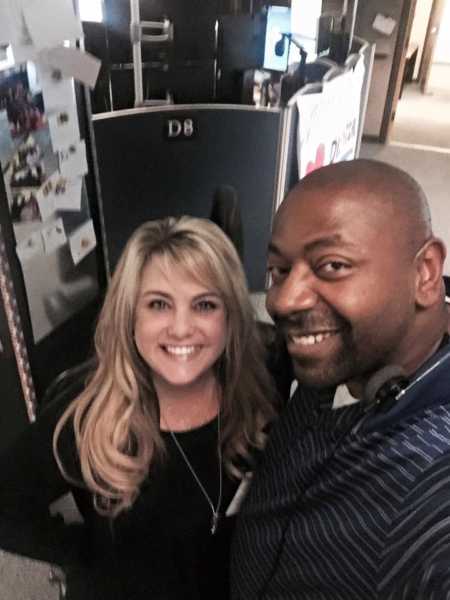 Perhaps he just needed a pain reliever. Perhaps a heated pad. Maybe just sitting up or lying down might help. After all, the worst-case scenario was impossible.

But, as his pain persisted, I couldn’t sit by and hope he’d feel better. I told him I needed to call an ambulance again, and he said no.

He stared me in the eyes and warned me that if I did, he would never forgive me.

My heart shattered. This was a man I adored. I mean, I absolutely adored him. He was the center of my universe. He was my individual. He was everything to me. He was the guy with whom I shared my stories, confided, and built memories.

Because I contacted you. And as the phone rang, I told myself that if the dispatcher who answered the phone was a jerk, I was going to lose it.

I work as a police and fire dispatcher for 9-1-1. I understand how busy we are. I know we should keep our distance from the phones, but I had a feeling the person on the other end of the line was going to dictate my entire night.

I was on the verge of collapsing. I was already fed up with individuals who couldn’t help. I simply needed someone, anyone, to assist him.

I answered the questions when the dispatcher called. Name. Address. Telephone number ‘My name is Jeff,’ he continued. ‘Explain everything that happened.’

‘My husband has pancreatic cancer at stage 4. He recently suffered a stroke and is in excruciating pain. Tumors can be found everywhere. His arms, legs, back, shoulders, and down his spine were all affected.’

Without a doubt. There was no follow-up.

It was surrounded by kindness. His voice was warm and inviting. He didn’t have to say anything like “I’m sorry” or “That’s terrible.”

That subtle shift in his tone said everything he intended to convey and radiated compassion. Something I was in severe need of at the time.

Things that occur during a crisis are imprinted in your mind.

That night, Jeff didn’t do anything spectacular. Chad’s life was not saved by him. We did not perform CPR. We didn’t provide any first aid.

Jeff, on the other hand, was soothing while he talked to me and sought Chad’s assistance. Reassuring. And by doing so, he influenced my thinking, allowing me to be more focused, calm, and communicate effectively with the doctors once we arrived at the hospital.

We don’t think of dispatchers as heroes, but Jeff was mine that night. He WAS that quiet voice in the dark, who did his best to calm the pandemonium and help me through the worst situation I’d ever faced.

It’s never left me, and I had to meet him when I was in training at his department one day. Hugs galore, a few sweet words from a quiet man, and the end of a horrific story.

He not only motivated me to improve my performance at work, but he also reminded me of how simple it is to be kind.

He not only encouraged me to be better, but he also inspired me to relay this tale in a training context so that dispatchers all around Idaho may learn from his example.

Because of Jeff, I started a compassion class at the 9-1-1 center, and I now take our call. I’ve probably heard it a hundred times by now, and each time I notice the difference in his tone.

For a brief while, that teeny, tiny inflection made everything okay.

It’s not always about the big things. It’s sometimes as easy as kindness.

Jeff and I have become buddies. Excellent companions. Family. I’m not sure if it was trauma bonding.

I was scared that seeing Jeff or talking to him would bring up unpleasant memories of a difficult time, but seeing or talking to him simply reminds me that there is still goodness in the world. People’s goodness appears when you least expect it.

I pray you never have to seek assistance. But if you do, I hope you’re as fortunate as I was in finding Jeff.”