A mother of four who was dumped by her ex because she was “too overweight” has described how finding real love pushed her to become healthy and drop 70 pounds.

Miriam Blanco, a 33-year-old pharmacy technician from Houston, Texas, used to have low self-esteem and disliked her appearance.

Miriam’s ex-partner told her that no one wants to ‘end up with someone obese’ and that she was ‘fortunate’ he kept her around at 218 pounds and size 14, but their relationship finally fell apart, and Miriam immersed herself in raising her two eldest children. 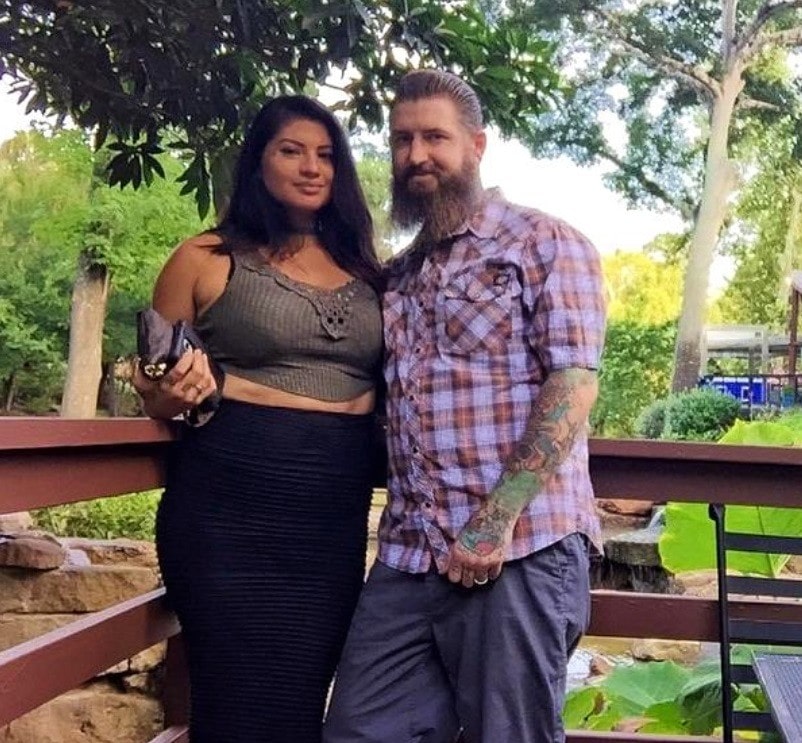 Miriam then met her present husband, Jordan, 38, who made it plain that he loved her for who she was, no matter how heavy she was. Despite this, Miriam struggled to feel good enough, and she would frequently assure him that she would understand if he abandoned her for someone else.

Miriam spent a lot of time wishing she was slimmer, but she never found the drive to do anything about it until September 2015, when she was in a vehicle accident and had to deal with back pain for months.

Miriam’s health did not improve despite six months of visits to a chiropractor, and she was eventually diagnosed with a herniated disc. 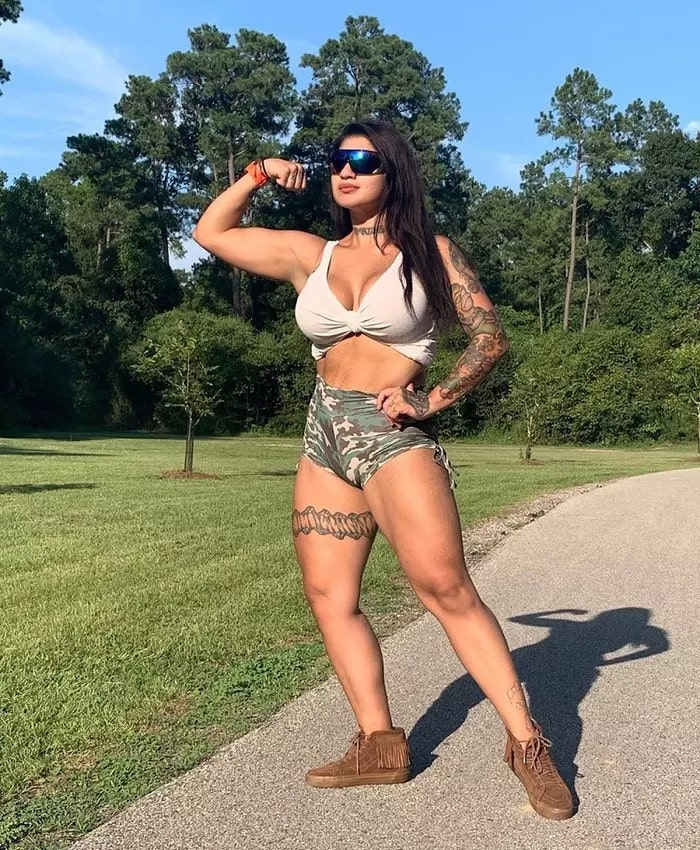 She was given the option of undergoing surgery that had a 50/50 probability of alleviating her discomfort.

Instead of risking the treatment or relying on painkillers, Jordan, a naval veteran, advised Miriam do some strength exercises to strengthen her back and see if she felt any better.

Miriam quickly became enamored with working out and eating well, and she noticed that her weight began to wash away. Miriam is now a trim 150 pounds and a size 4 to 6, with no back problems. 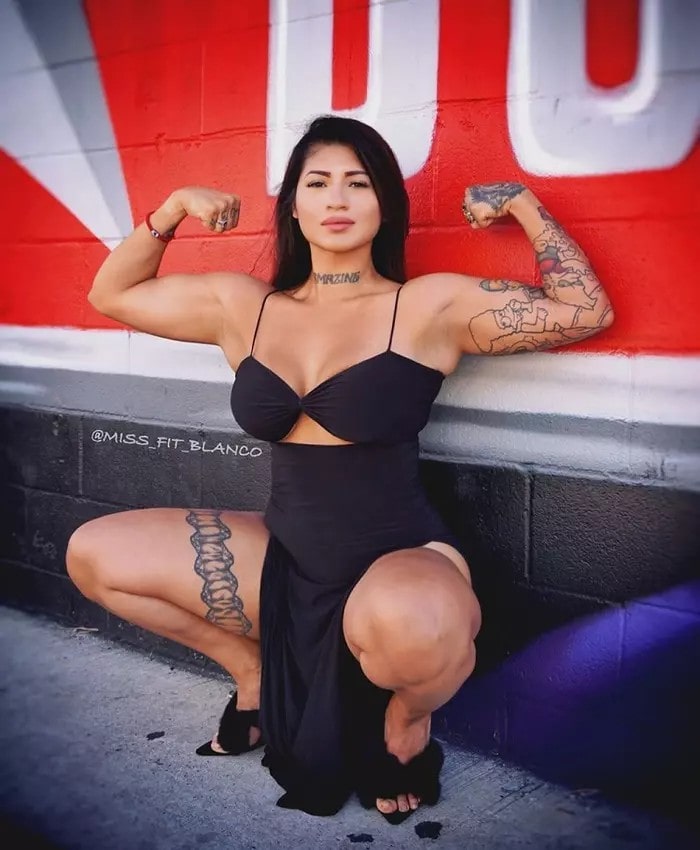 The busy mom is in the greatest shape of her life and claims there are no excuses for not reaching her weight-loss objectives. Despite working 12-hour shifts and caring for her home, she still works out every day, and people are astonished to hear that she enjoys burgers, chips, and pizza as a treat.

‘I recall always covering myself up years ago. I know I’ve stated it before, but I felt like my drooping skin and stretch marks were visible to everyone. Miriam stated, “I felt unattractive on the inside and out.”

‘I had an ex who used to tell me that no one wanted to end up with a large person and that I was lucky he was still around.’ That lingered with me for a long time, and it still bothers me now and again. I was a depressed single mother of two when he left.

‘All I was doing for years was wishing.’ I wish I was thinner, had more money, had longer legs, and looked like this or that girl. Nothing was ever done about it.

‘I despised my appearance. My self-esteem was really low. I used to tell my husband that I wouldn’t be unhappy if he left me for another lady since I knew he could do better than me. 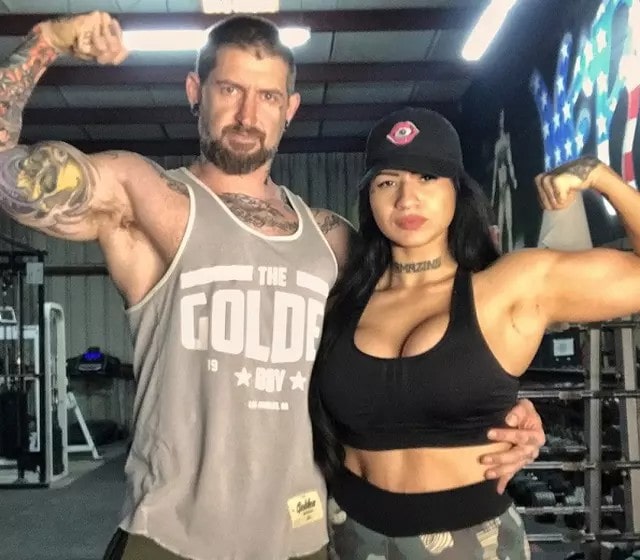 ‘My weight loss journey began when I was involved in a vehicle accident. I was driving down the street from my house when I was t-boned out of nowhere. My truck was hit on the side by a truck. The truck wasn’t too horrible, but I noticed I was stiff the next few days.

‘As the days passed, the discomfort in my back became increasingly severe. Finally, I went to see a surgeon, who informed me that I was too young for operation. He stated that if I were his sister, he would refuse the surgery.

‘My daughters were young at the time. My two youngest children were about two and four years old. It was impossible to rely on painkillers. My husband was always active, enjoyed working out, and was knowledgeable about nutrition and bodybuilding. Let’s try to strengthen my back, he said.

‘We joined a gym for me.’ Because everyone at the gym was attractive to me, I was a little self-conscious. Everyone is here for the same reason, according to my husband. Everyone wants to be a better version of themselves, and that’s where I began.

‘I work out and am a full-time mother. I work a twelve-hour shift some days and yet push myself to work out. If you want something, you’ll go to any length to obtain it, and that’s precisely what I do.

‘Everyone wants to know what I eat.’ When I tell them I still eat normal foods, they are startled. Pizza, burgers, fries, and pancakes are among my favorite foods.

‘I make certain I get enough protein, carbohydrates, and fats.’ There is no magic medication or anything else that will help you lose weight. There’s a reason it’s called working out. You get where you want to go via hard effort and determination.

‘If there were a miraculous pill, we’d all be in fantastic form.’

Miriam manages to stay in shape while caring for her four children, Jazelle, 14, Alani, 13, Keira, nine, and Monroe, seven, but she admits that she still sees the old Miriam in the mirror, which she says is difficult to overcome.

Miriam now has a protein smoothie prepared with oats for breakfast, a lunch of beef or chicken with rice for lunch, and a similar dinner – but she still allows herself a sugary snack each evening and doesn’t deny herself treats.

‘Losing weight has drastically altered my life. It’s taught me how to make sure my kids eat healthily as well, so they don’t have health problems when they get older,’ she said.

‘Reading people’s reactions is always inspiring. I enjoy going through the messages. Messages arrive from all around the world. So I enjoy reading everything, especially stories about how I inspired individuals.

‘I enjoy watching everyone’s progress. It motivates me to try harder and put forth more effort. I’ve always wanted to be a spokesperson for mothers all across the world, demonstrating that having stretch marks can be attractive. That is why I continue to work hard.

‘I get a lot of good texts from men,’ she says. They tell me that they share my image to their wife to show them that if she can do it, so can they.

‘Which I enjoy a lot because they always say it’s about time we see a genuine lady out here who isn’t ashamed to display her stretch marks because that’s how a real woman looks.’ As a result, reading their words makes me happy.

‘I still have issues with my appearance and self-esteem.’ I still see the mother who weighs 128 pounds. I know I don’t look like that, yet it still bothers me. So now that my body has been trained, I’m working on educating my mind to think positively about myself.

‘The most crucial piece of advice I can provide to someone seeking to get started is that if you really want something, you’ll go to any length to acquire it.’

‘That implies there will be days when everyone around you is consuming junk food.’ They don’t care what you’re doing because they’re only interested in eating.

‘Some people will tell you that coming to the gym and eating all that stuff is a waste of time.

‘Stop listening to others and get your s*** together, work your ass, and don’t give a s*** about what others have to say.’ You’re doing it for yourself, not for the benefit of others.’