Matt and Dyana have known each other since infancy, and their feelings have matured over time until the two have created a family, and a little miracle named Luella, their little girl, has appeared in their family.

Dyana recently shared a photo of herself sleeping next to their daughter on Facebook, which was taken by her husband. The image is accompanied by a compelling story that made me cringe as I read it.

“It merely came to our attention at the time.” Our daughter Luella was weeping a lot because her first teeth were coming out. I sat next to her to help her relax, and we soon fell asleep together… 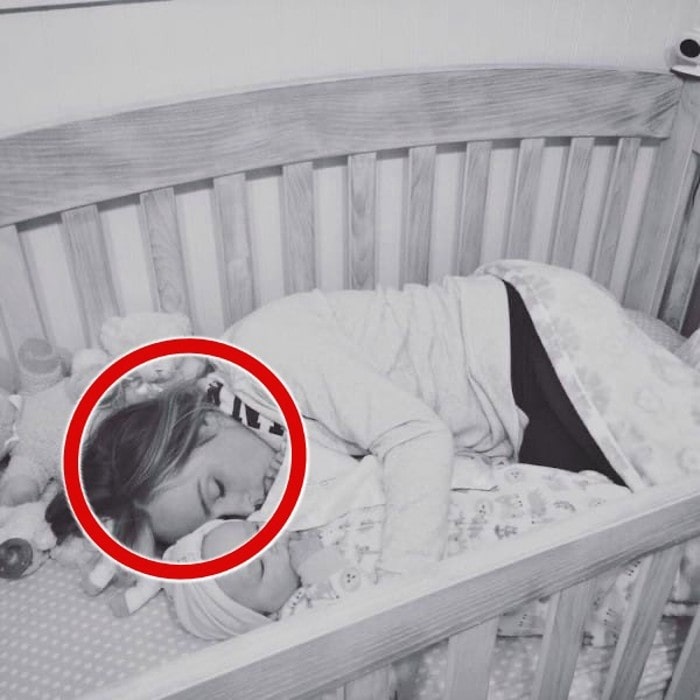 When I awoke, Matt had already returned home. He appeared worried, and tears welled up in his eyes. I was terrified at the time, but he quickly assured me that everything was alright; he had only become excited when

He understood how much he loves us after seeing me with our kid. We unintentionally reminded him of a story told to us by our preacher.

We’d leave Luella at home and go to church on one of those days. We spoke with the pastor after the service, and he told us about a case he witnessed in an orphanage in Uganda.

As a missionary, he frequently visited boarding schools and orphans around the world, but the Ugandan institution had a unique aura. When he first entered the big room with approximately a hundred cribs in which they were babies, he was astounded by the “screaming” stillness…

In such a room, one would expect to hear someone crying, but there was complete silence…

When the priest inquired as to why all of the youngsters were acting strangely, he received an answer that would stay with him for the rest of his life. All of the children weep uncontrollably as they arrive at the orphanage. He shows his distress by yelling and pleading with his parents for assistance. They all settle down after a week, though. I understand that they are no longer needed and that there is no one to console them.

Silence is an indication of sadness in the tiny ones’ hearts. The kids are aware that no one will come to take them up, possibly never…

This story rocked us to our core. We told ourselves that we would never disregard our children’s screams. I’ll reassure Luella even if she’s whining in the middle of the night, no matter how sleepy I am.

When Matt saw me in the crib with Luella, he understood everything without saying anything. While I slept, he prepared dinner. “I love you more than anything on this earth,” he hugged me when I awoke.

Share Diana’s tale with your friends if it makes your heart race.