He carried his daughter while he searched through the trash and sold pens on the street until someone snapped a photo of him.

This is the story of a Syrian refugee who, while struggling to live in Beirut, Lebanon, totally transformed his life when a passerby snapped a photo of him as he was hard working on the streets.

The father, Abdul, a native of Syria, was attempting to sell his pens while holding his daughter in his arms on the streets of Beirut.

Despite the heat, he did not want to give up because doing so would have meant that his daughter wouldn’t have food. 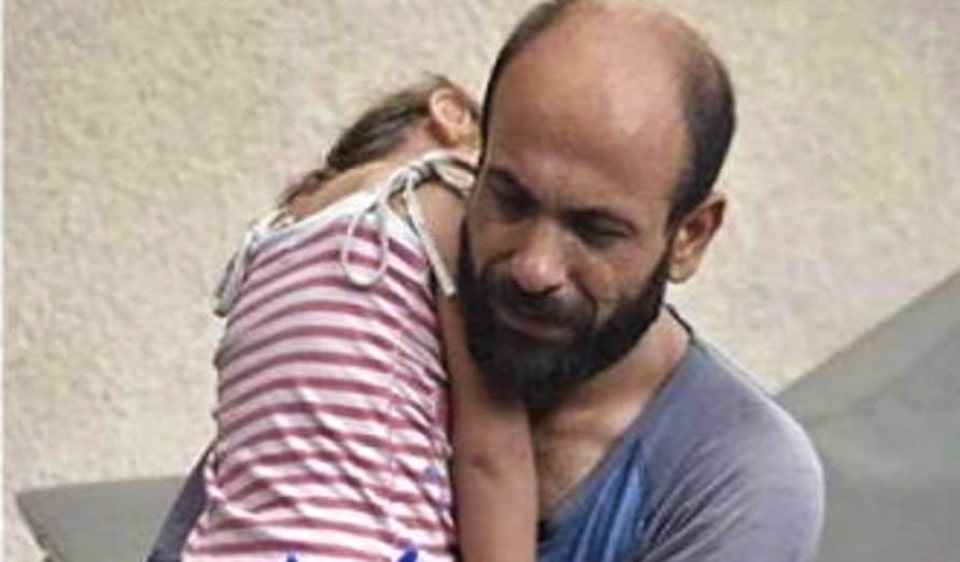 But someone saw his will to survive, took a photo of him, and uploaded the picture online. It quickly gained popularity, and he received assistance.

A website developer from Norway named Gissur Simonarson launched a fundraising campaign on behalf of Abdul and his family after seeing the picture online along with everyone else. 200,000 $ were raised.

Abdul, who showed himself to be a smart and knowledgeable man, received the money. He didn’t use them all; instead, he launched three firms.

Abdul also made the decision to hire 16 Syrian refugees in order to aid the 1.2 million refugees that reside in Lebanon. Since then, he has also provided financial assistance to his friends and family.

Now that everything has changed, Abdul’s daughter is happy. He went from looking for trash and selling pens on the street to becoming a recognized businessman with the aid of others and because of his intelligence.

Everyone assumed the image was fake, yet it is absolutely true.
The man brought his dad to a care facility. His 5-year-old kid greeted him at the door and asked him a question that left him speechless.