“There were no messages. There was nothing about how smart, funny and awesome he is.”

At school pickup on May 24, Cassandra Ridder’s 12-year-old son, Brody, wasn’t his cheerful self. 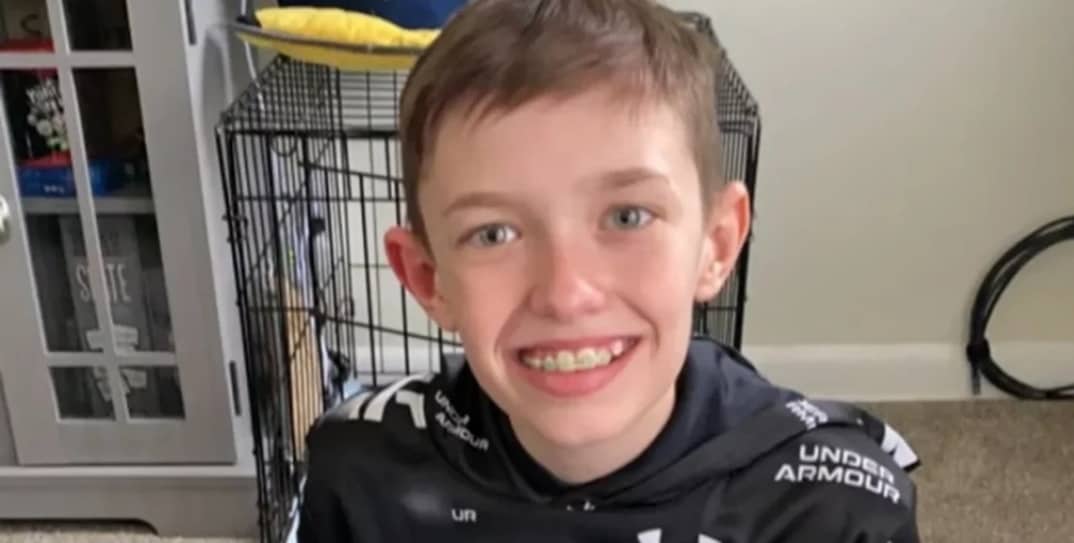 Trying to keep the mood light, Ridder asked Brody, a sixth grader in Westminster, Colorado, about his yearbook. Earlier that day, Ridder had received an email stating that students would be bringing yearbooks home. Did he get lots of signatures?

“He said that he’d asked the kids in his class if they would sign his yearbook and some flat-out said no,” Ridder revealed. “A couple of his classmates jotted down their names — but there were no messages. There was nothing about how smart, funny and awesome he is.”

Cassandra Ridder posted on the Facebook page for her son Brody’s school after children refused to sign his yearbook.

Cassandra Ridder posted on the Facebook page for her son Brody’s school after children refused to sign his yearbook.

Brody handed his mom the yearbook so that she could take a look. What Ridder saw made her heart sink.

“He’d written a note to himself. It read, ‘I hope you make some more friends,’ and he signed his own name,” Ridder shared.

Ridder said Brody, who loves chess, fencing and dinosaurs, sits alone at lunch and plays by himself at recess. She said Brody’s peers don’t really understand his interests.

“He’s super intellectual and the kids in his age group have trouble relating to him,” Ridder explained. She said they also tease Brody because “his ears stick out” and he’s “extremely thin.”

“He cries to me pretty much every day,” Ridder said.

On May 24, Ridder reached her breaking point. That evening, she posted on the school’s Facebook page for parents.

“My poor son. Doesn’t seem like things are getting any better. 2 teachers and a total of 2 students wrote in his yearbook. Despite Brody asking all kinds of kids to sign it,” Ridder wrote. “So Brody took it upon himself to write to himself. My heart is shattered. Teach your kids kindness.”

“I honestly didn’t think much would come of it,” Ridder told TODAY.

The next day, Ridder received a text from Brody.

“Facebook this,” he wrote, alongside a picture of yearbook filled with messages and signatures.

“He had messages from eighth graders and even 11th graders,” Ridder said. “Brody’s exact words to me were, ‘This is the best day ever.’ Some kids even put their phones for Brody to contact them.” 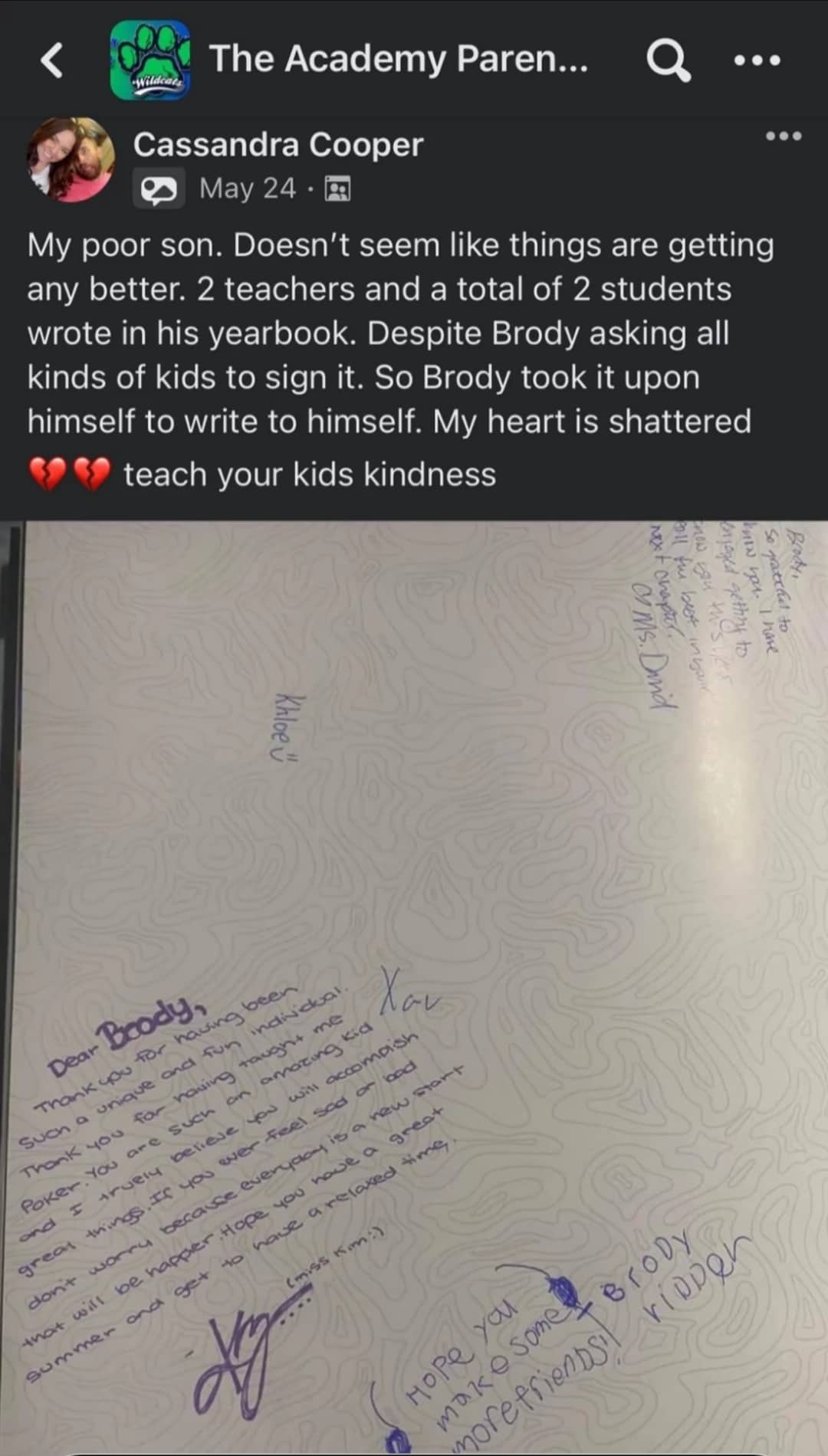 “Brody — you are the kindest little kid. You are so loved. Don’t listen to the kids that tell you different.”

“Brody — I hope you have an amazing summer! You’re worth it and you matter!”

Ridder said the kids who had previously refused to write in Brody’s yearbook were suddenly “lining up” to sign.

Brody can’t stop smiling — he’s already talking about how excited he is for seventh grade.