Gloria Swanson was one of the biggest, most glamorous Hollywood celebrities during the 1920s. She starred in many classic films, including the 1950 movie Sunset Boulevard as Norma Desmond, alongside William Holden.

However, while Gloria Swanson became a massive star, her private life was somewhat chaotic. She was married six times throughout her life and even had an affair with JFK’s father.

Swanson also had children, but at one point, her then-husband tricked her into getting an abortion. So what happened to Gloria Swanson and her fame? And what are the detail about her affair with JFK’s father? This is all you need to know about the glamorous Hollywood star! 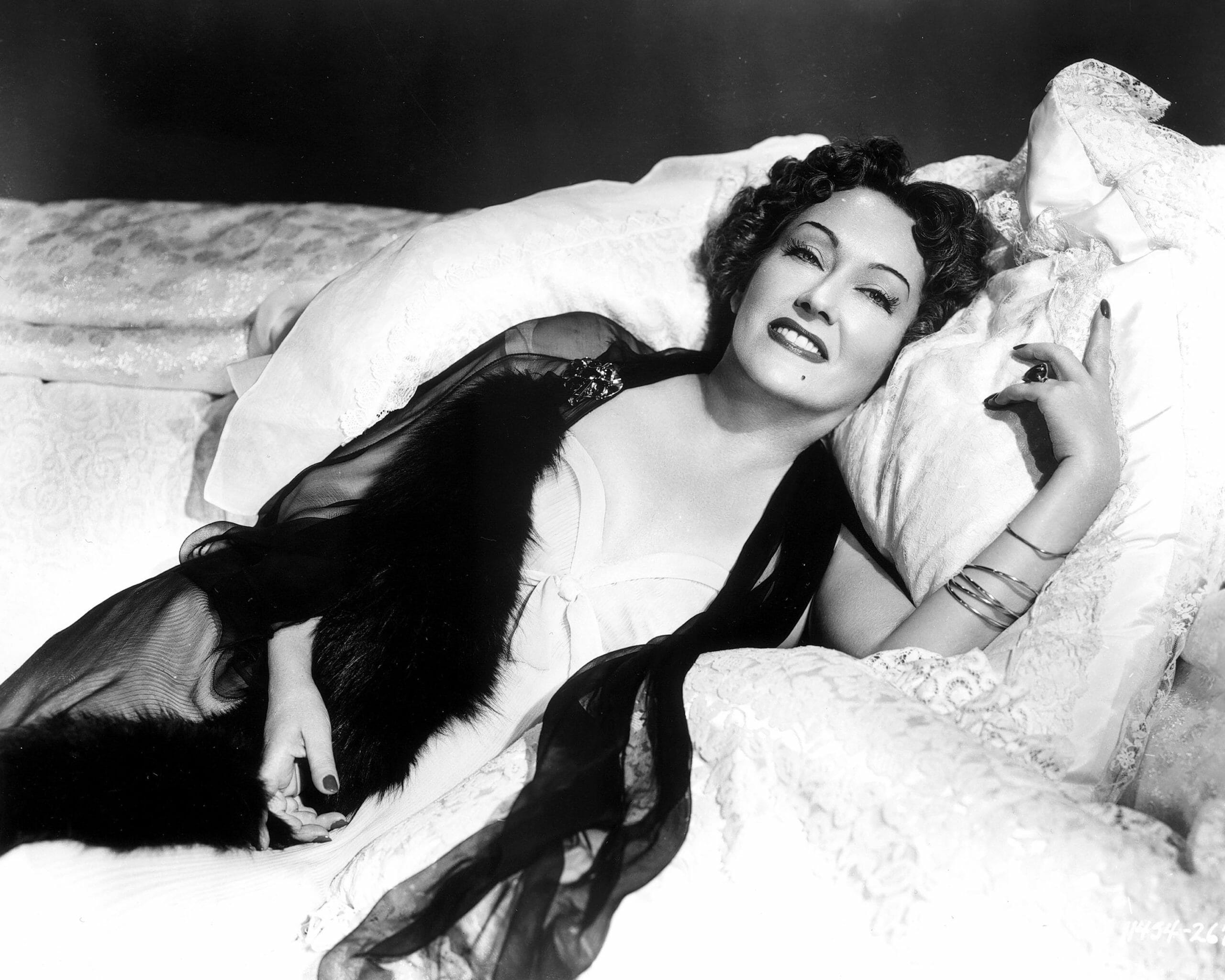 On March 17, 1899, Gloria Swanson was born in Chicago, Illinois. She was the only child of Joseph Swanson, a soldier working as a civilian official in the US Army Transport Service, and his wife, Adelaide.

As a young girl, Gloria was eager to become famous. She studied voice and was very determined to become an opera singer. At 13 years of age, she sang in front of an audience in an old opera house in San Juan, Puerto Rico, as her father worked in the army and traveled a lot.

“I was no longer shy little Gloria,” she recalled of the concert. “I was the lead, and I was good.”

With her father’s work, Gloria didn’t have one place she lived during her childhood, and instead, the family moved often.

Once back in Chicago, Gloria and her aunt visited the Essanay movie studios in the summer of 1914.

At this point in time, there weren’t any big sound studios, ultra HD cameras, or special effects which is hard to believe when watching how movies are made today.

Anyway, the films and acting styles hadn’t quite reached the outstanding level of perfection as it is today, and new acting techniques and technology were still being invented. 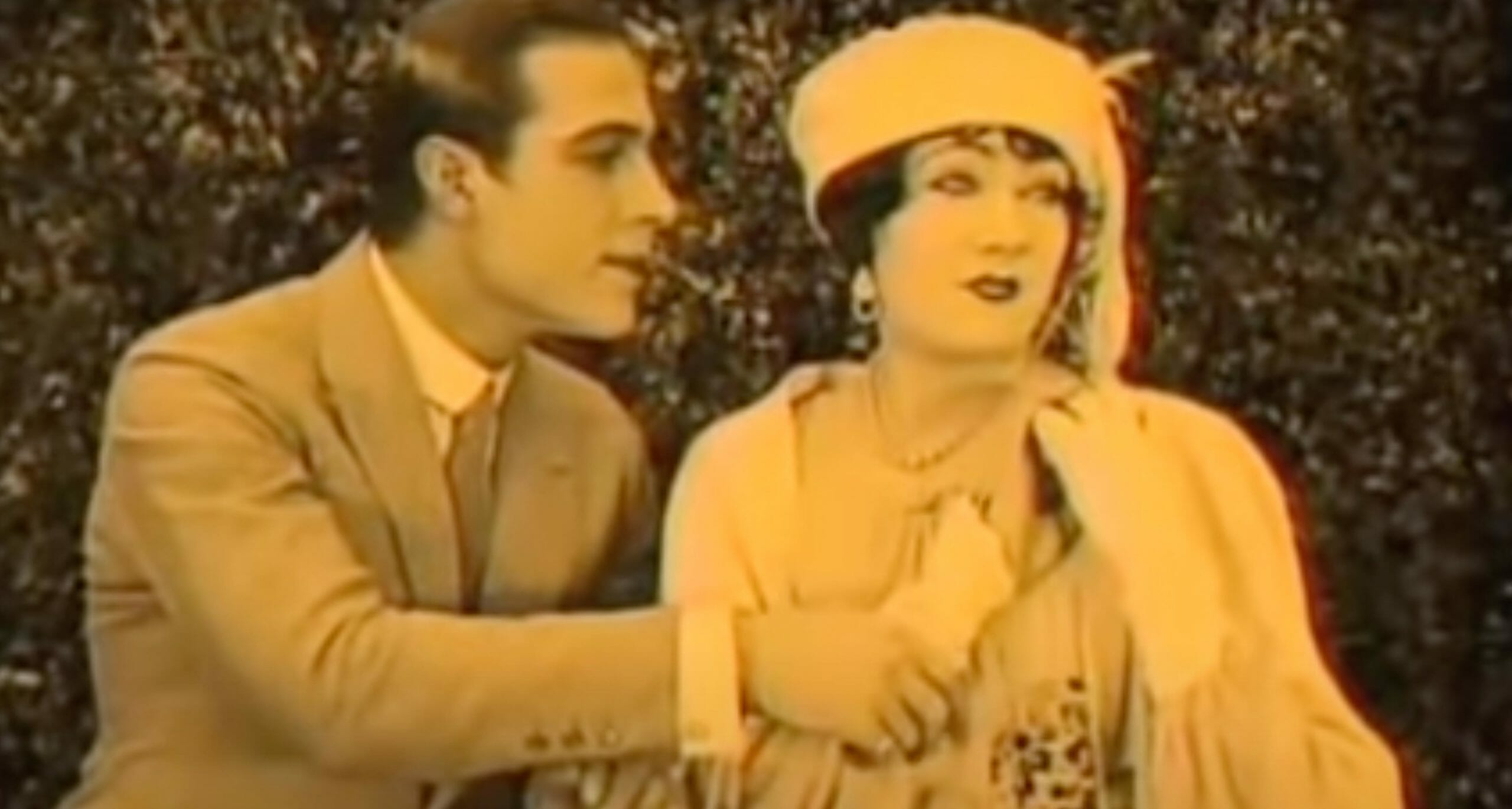 Swanson recalled that she thought them “crude and silly.” However, the studio visit would change her life forever.

Swanson got invited to become a stock extra at the Essanay Studio, getting paid about $13 each week. Even though she was only a teenager, she played 30-year-old society extras in silent films, and it didn’t take long before she moved up in ranks.

According to a Vanity Fair feature on Swanson, it seemed like she had great confidence. Once, a character actress complimented her by saying that Gloria one day would be a great actress.

Even though she was a teenager, she was often seen smoking and attending glamorous parties surrounded by people in the business. Gloria Swanson quickly embraced the lifestyle of a movie star.

And at the time, an up-and-coming actor from England, Charles Chapin – or as we know him, Charlie Chaplin – was a big star. So naturally, everyone wanted to work with the comedy genius. But Gloria’s first meeting with Chaplin wasn’t great. 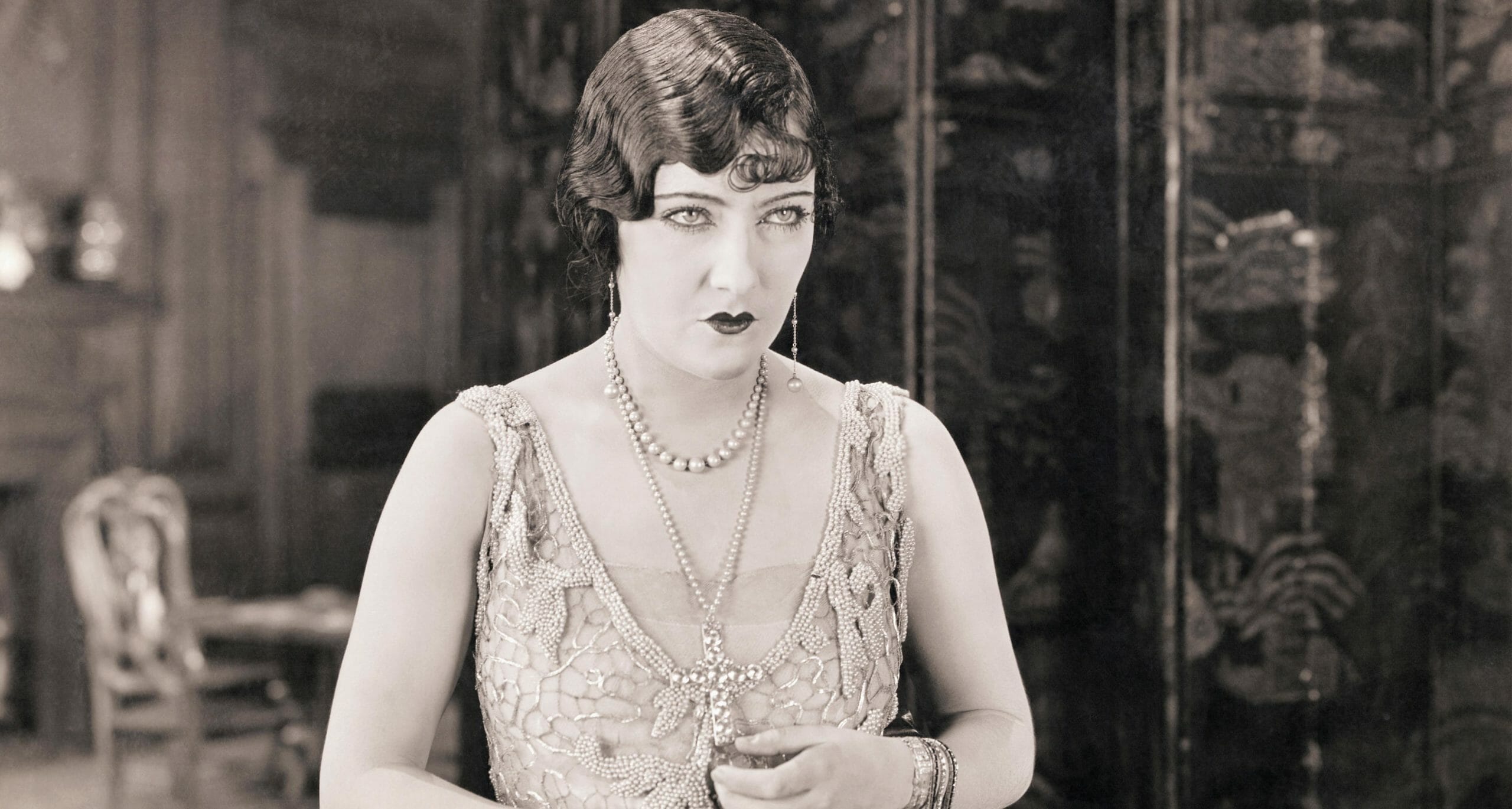 “I started out here in Chicago a long time ago, at the Essanay Studios,” she said. “I’ll never forget the morning I was lined up with a group of other nervous teenagers to be looked over by the great man, Charlie Chaplin. He came and examined us, and he chose me, and I was hired.”

Gloria Swanson – “Queen of the Screen”

“But an hour later, I was fired. I guess he didn’t think I was very funny,” Gloria added. “So I lost my chance to work with Chaplin, and that was a shame because I could have learned so much about comedy.”

But, fifty years later, Swanson stated that her firing was, in fact, a triumph.

“I …considered his rejection a real compliment,” she wrote in her autobiography. “I would have been mortified if anybody I knew had ever seen me get kicked in the pants…by an odd sprite in a hobo outfit.”

When Gloria Swanson’s parents separated, she and her mother moved to Hollywood. It was the perfect place for Gloria to further pursue her dream of becoming a movie star, and soon after, she signed with Keystone Studios.

In 1919, Swanson began working for the legendary director and producer Cecil B. DeMille, which turned out to be the best move ever.

At first, she worked at the Famous Players-Lasky, which eventually became Paramount. Working as a bathing beauty and a comedienne, Swanson’s work with DeMille was the beginning of her immense stardom. 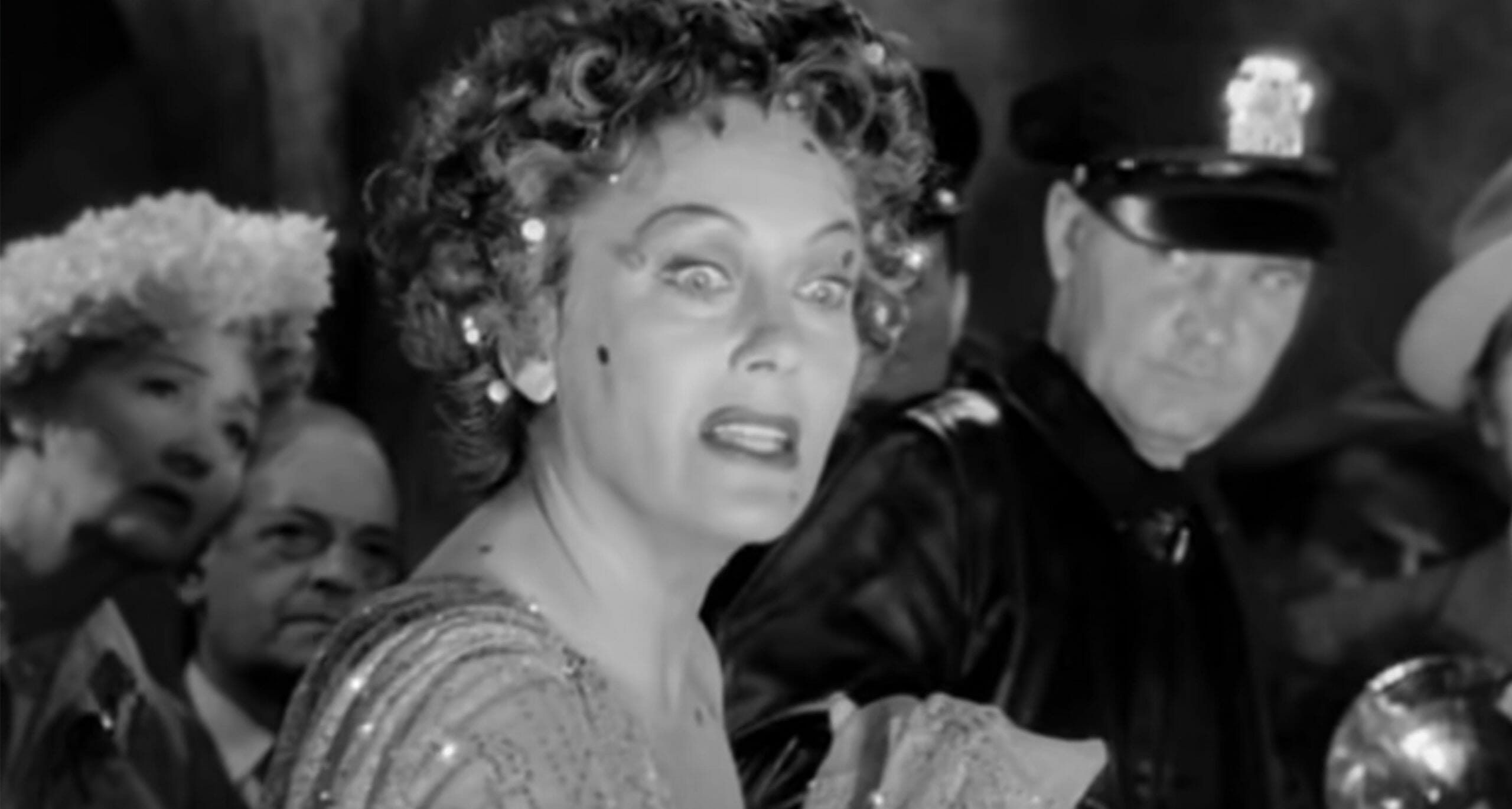 Said no to $1 million a year salary

At 24, Gloria Swanson was a massive star at Paramount. She became known to the public as the “Queen of the Screen,” receiving more than 10,000 fan letters every week. At the same time, studio executives called her “Mortgage lifter.” Because well, they didn’t have to do much to get paid.

In fact, Swanson was so popular that just having her name on the billing outside of the cinemas had people paying to see her films. “The Queen of the Screen” was also the Queen of Hollywood. The entire entertainment world – including the public – loved her.

“The whole world imitated and loved her,” Betty Lasky, the daughter of the studio executive on Paramount, Jesse Lasky, recalled.

But in 1926, Gloria Swanson had grown tired of the life inside the Paramount studio and the films she made. She thought the scripts were poor, and the movies weren’t as much fun to make. So even though the studio made offers to pay her more than $1 million each year – an almost incomprehensive amount at the time – she decided to leave.

Instead, Swanson joined United Artists, formed by Charlie Chaplin and Douglas Fairbanks, among others, and released the films through the production company. 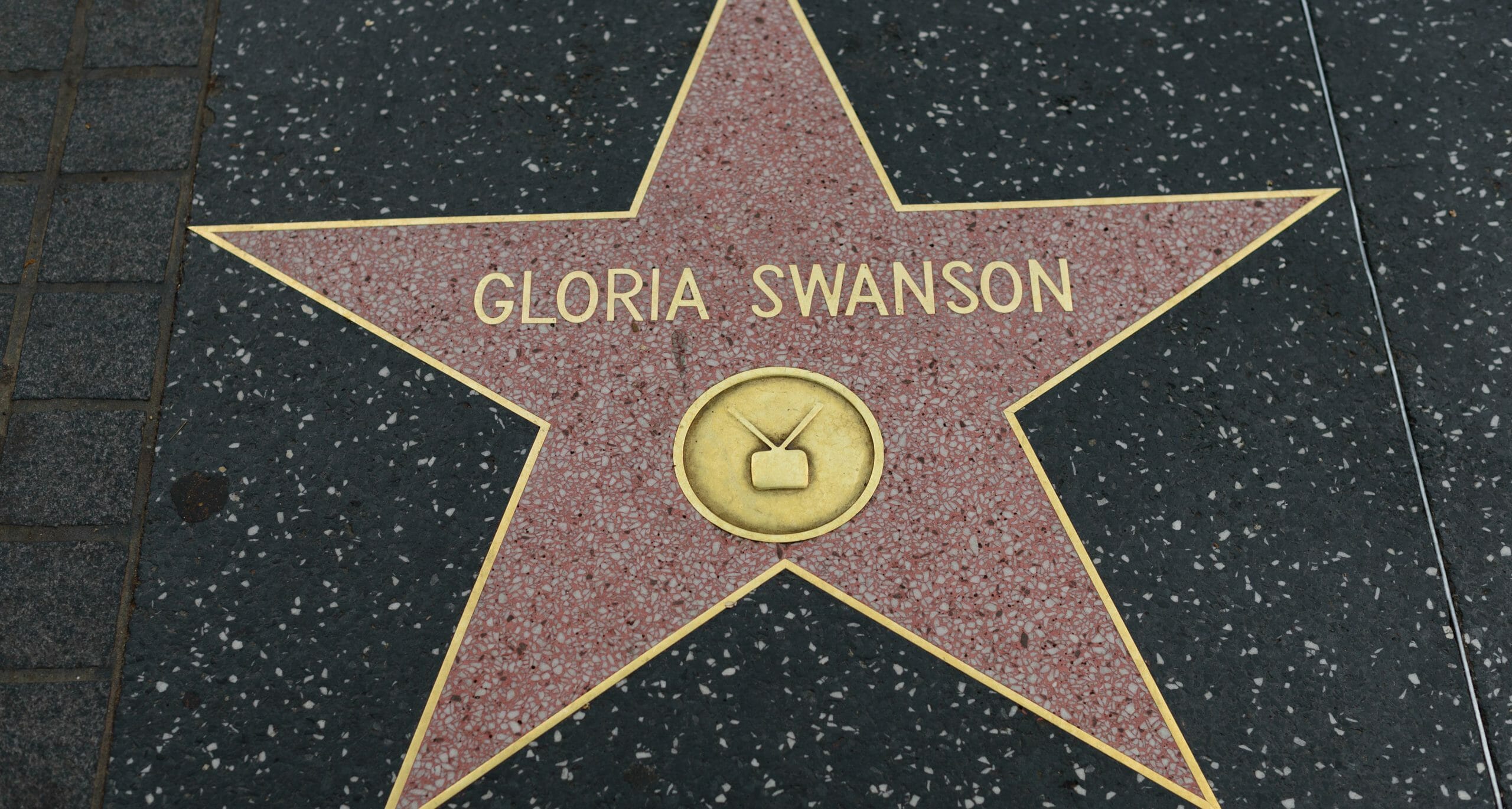 In 1929, Swanson got her first Academy Award nomination for Best Actress in a Leading Role after starring in Sadie Thompson.

The year after, she got her second nomination for Best Actress in a Leading Role for her performance in The Trespasser, and a third one would come decades later. Even though she never won an Oscar throughout her life, Gloria got a star on the Hollywood Walk of Fame in 1960.

“When I think about doing a character, I find that I see in my mind’s eye a person I’m reading about in a script,” Gloria Swanson once explained of her acting. “I give that person like a painter… or like a sculptor, who before even making one cut with his knife can see what he wants in a piece of stone. So I’m a canvas: it’s in the mind’s eye, and then you transfer it to the canvas with certain tools.”

The new life of working with Chaplin and the other prominent actors outside of the safe life within the film studio meant Gloria Swanson needed money to finance her films.

At the time, she turned to Joseph Kennedy, the father of JFK, for help. Soon, their working relationship turned into a romantic one – and Joseph and Gloria began a love affair that lasted for three years.

All the gifts Joseph Kennedy bought Gloria Swanson were purchased through the film star’s company. And throughout her life, she was quite a sucker for loving relationships. 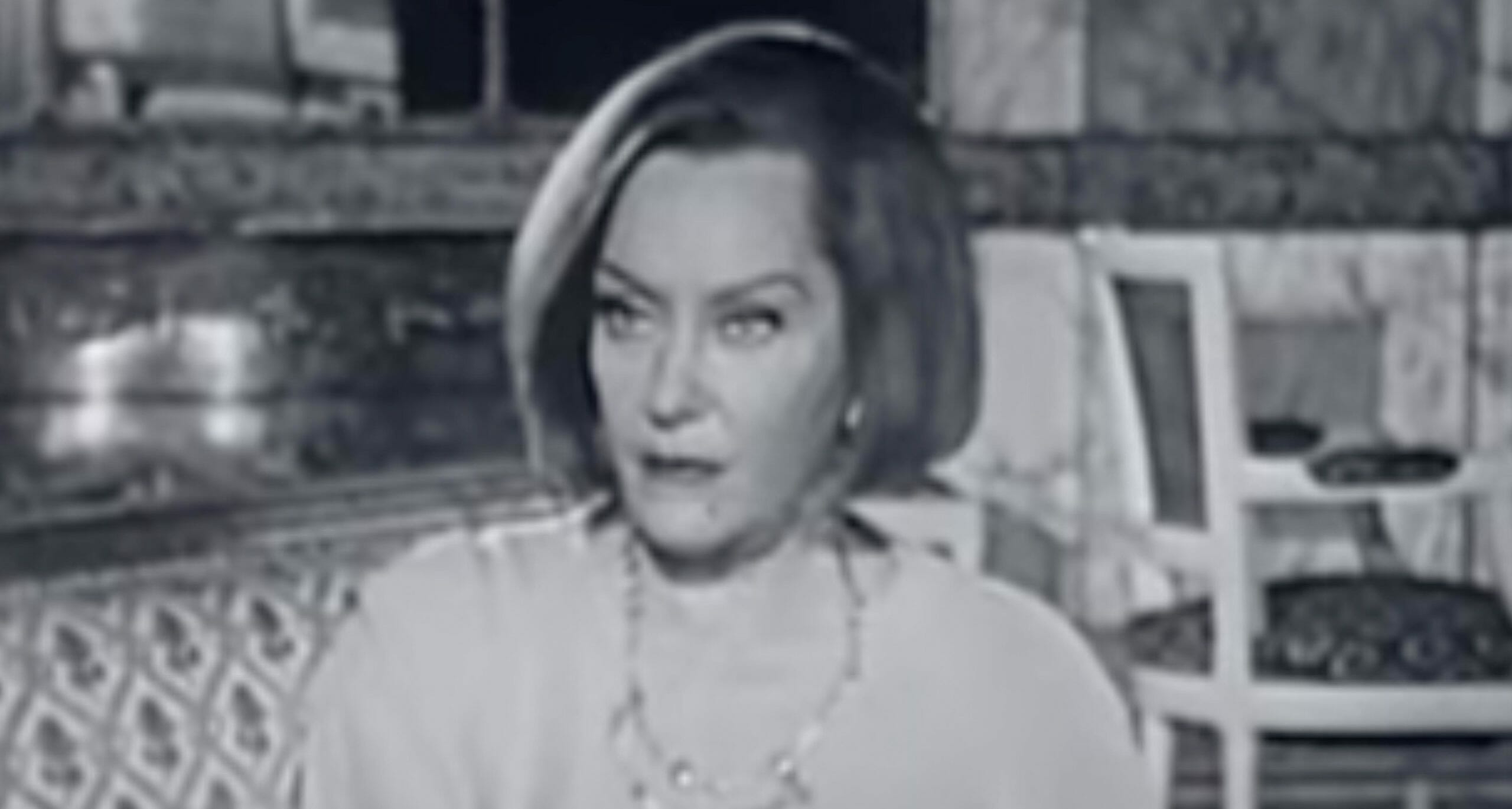 However, her relationships weren’t always great, as her daughter, Michelle, explained in an interview with The Guardian.

“My mother’s relations with men were mostly disastrous,” her daughter Michelle said. “She was married six times, and she wanted to be eternally in love. Her marriage to my father, Michael Farmer, an Irish playboy, just over two years. Ultimately, she was looking for men to dominate her, which never really happened.”

Husband tricked her into getting an abortion

“Men came into her life like machos, and they left like poodles sitting up for a biscuit. She was incredibly feminine in appearance, but she had a masculine mind, she had a dominating personality,” Michelle added. “She wanted to do all the jobs [on the set] – the lighting, camerawork, everything, she made sure what she said was the law.”

When Gloria met JFK’s father, she had already been married twice.

At 17, her mother remarried, leaving Gloria feeling very alone. She met comedian Wallace Beery, and the two married. However, their marriage lasted only two months – and Beery was not the right man for her. He had many inadequacies, and as reported by the Washington Post, he was drinking and philandered.

At one point, Gloria got pregnant, and then Beery slipped her some “medicine,” which caused her to abort the child she sincerely wanted to keep.

In 1919, Gloria tied the knot with movie company president Herbert Somborn. They gave birth to a daughter named Gloria the year after. However, in 1922, they divorced. Herbert claimed that she had engaged in “relations” with at least 13 other men during their marriage, including his co-star Rudolph Valentino and director Cecil B. DeMille. 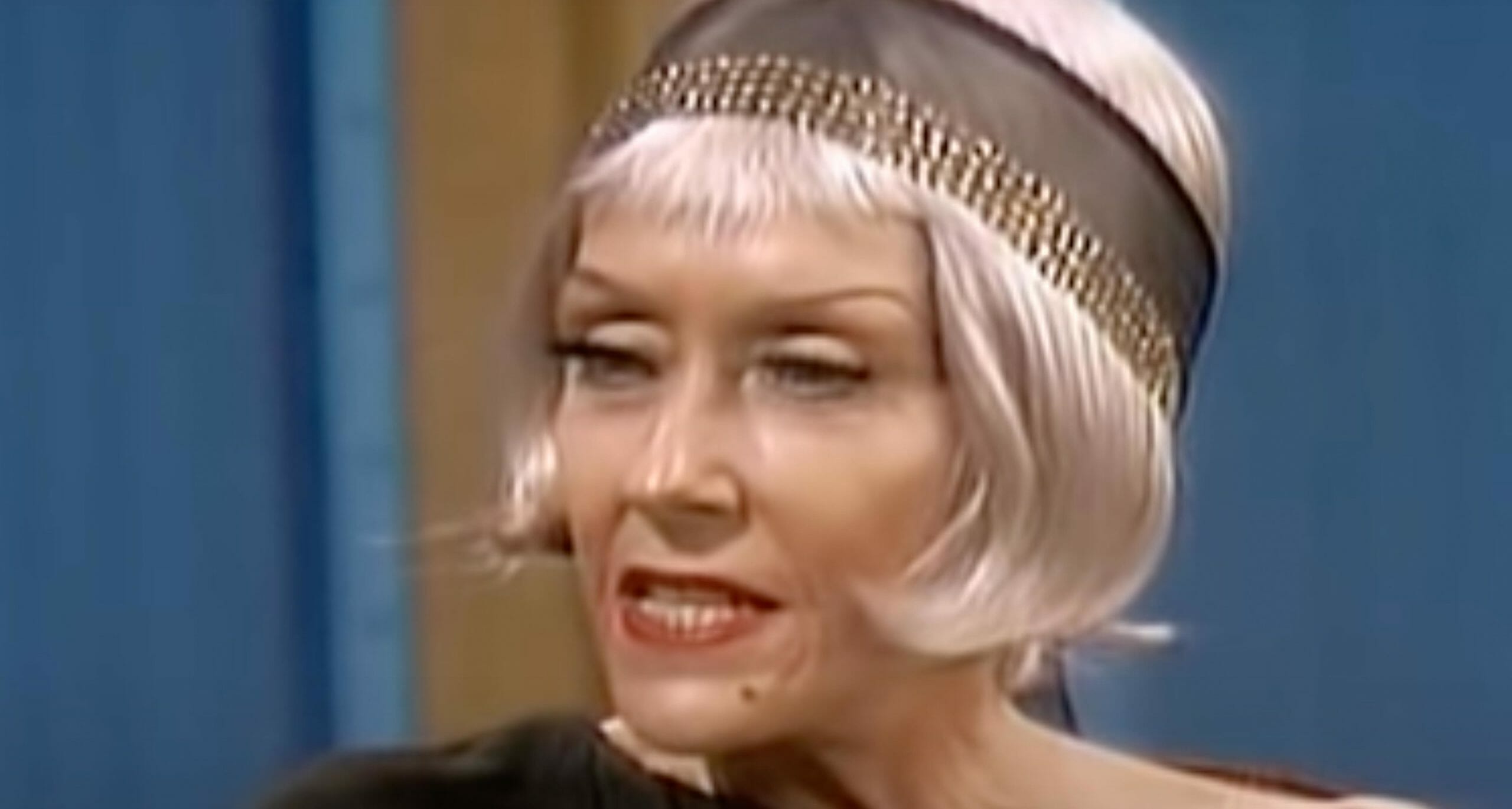 The same year as they divorced, Gloria Swanson adopted a boy, Joseph, and not long after, she met another man. Gloria married Henry de La Falaise in 1925, and their marriage lasted six years. However, if things went wrong, the couple wouldn’t have spent even a month married.

In her autobiography, Swanson wrote that she had never been happier than on their wedding day. She was adored by the entire world, had more money than one could’ve imagined, and was about to be married to what she felt was her true love.

At the time, she was also pregnant, but Gloria Swanson felt that becoming a mother again would destroy her career at that point in her career. She secretly went to have an abortion, but the procedure almost took her life. She developed peritonitis and lay gravely ill for several days.

In 1950, Gloria Swanson made her comeback as the fading movie queen Norma Desmond in the legendary film Sunset Boulevard.

“I am big. It’s the pictures that got small,” stated one of the most classic lines in the film.

She did a now-classic imitation of Charlie Chaplin in Sunset Boulevard. It became somewhat of a statement of Gloria’s fantastic acting skills, even though she didn’t like it. 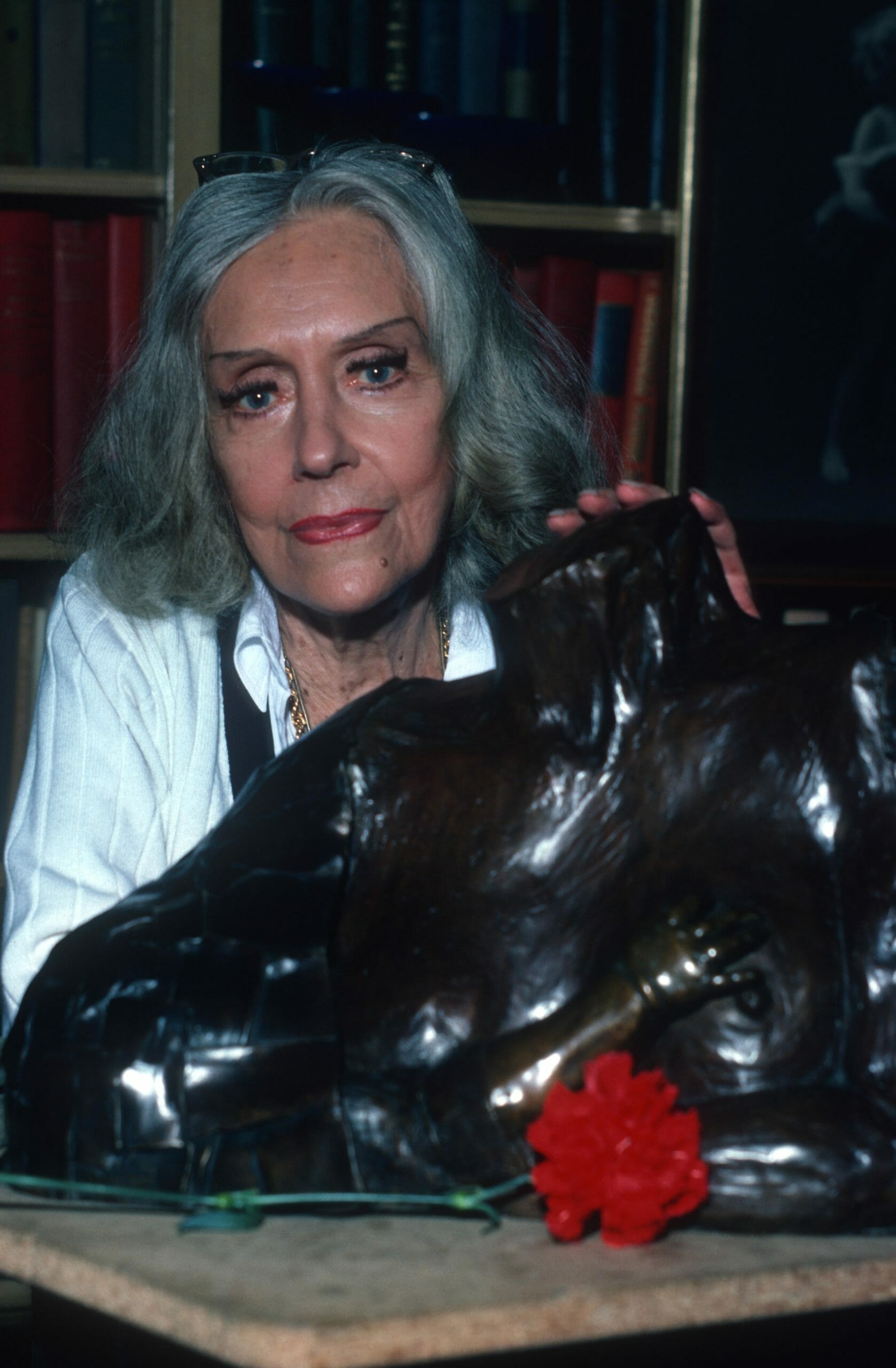 “The Chaplin imitation in that one wasn’t quite the same,” Swanson said, “because I was older and I didn’t have the right face anymore, the round Chaplin face.”.

Gloria Swanson – cause of death, net worth

“We learned as we went along,” she added. “This was before method acting. I remember once I worked for two days in the basement of Macy’s, learning something about shop clerks. A floorwalker carried on a little flirtation with me. That was how we did our research then. And we didn’t have finished scripts, either. We’d improvise as we went along because we had to.”

On April 4, 1983, Gloria Swanson died at the age of 84. The cause of death was determined to be a heart ailment. At the time of her passing, Swanson had a net worth of around $10 million.

“When I was young, no man my age made enough money to support me in the style expected of me,” Gloria Swanson once said. “There’s no sense kidding myself. I love all the pomp and luxury and style. When I die, my epitaph should read: She Paid The Bills. That’s the story of my private life.”

Gloria Swanson was one of the true legends of the old, glamorous Hollywood. Her performances will live on for all future, and we truly thank her for all the beautiful moments in film she’s given us.