Former CSI: Crime Scene Investigation star Gary Dourdan had a brilliant and promising career ahead of him after starring as the forensic investigator Warrick Brown.

But since his breakthrough, Gary Dourdan has faced numerous trials, bankruptcy, and many other struggles in life. He even disappeared from the silver screen for a long period – and the reason might not surprise you. 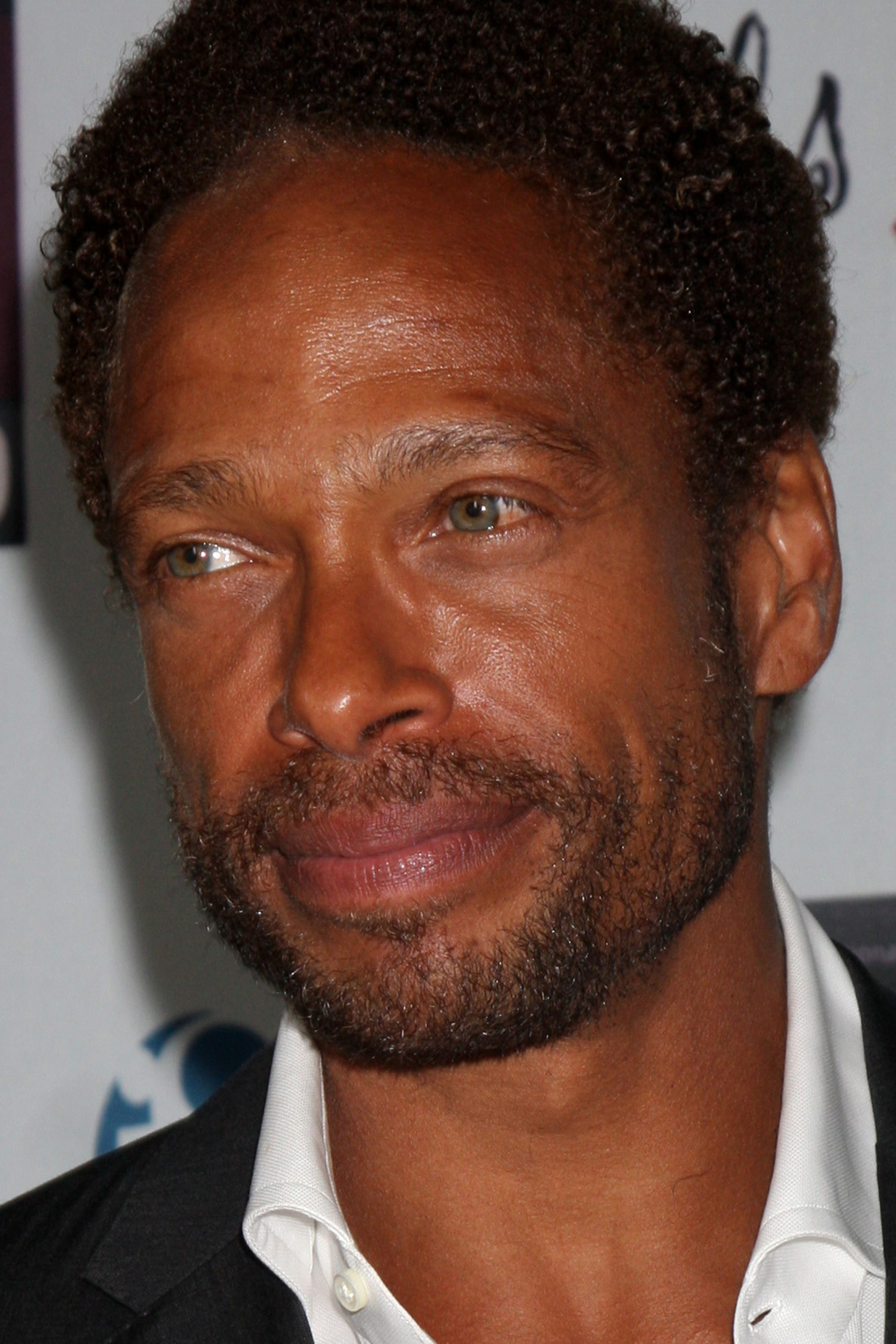 A myriad of interests

As a young boy, Gary Dourdan already had set his sights on Hollywood. The multifaceted actor certainly had many interests as a young man – he was good at athletics, played music, and loved breakdance.

When Gary was born in 1966 in Philadelphia, Pennsylvania, he arrived into a creative family. His mother, Sandy, was a teacher and fashion designer. His father, Robert, was an entrepreneur and worked as an agent for jazz musicians.

In Gary’s youth, the family moved to Willingboro, a suburb in New Jersey. It was during this period, the young man developed his passion for acting – and martial arts.

“I’d take the bus to Chinatown, take martial arts lessons, then go to the Chinese movie theater to watch kung fu films. I’d go buy martial arts equipment after I saw Bruce Lee, and I’d act like I was him,” Gary told Philly Mag in 2007.

After leaving New Jersey, Gary moved to New York City to work as a doorman at a rehearsal studio. He became acquainted with some of the most famous artists in New York.

“I was living in the studio’s basement. There were people rehearsing music videos and films, and there were rats – rats the size of Chihuahuas,” Gary once said, talking to The Philadelphia Inquirer. 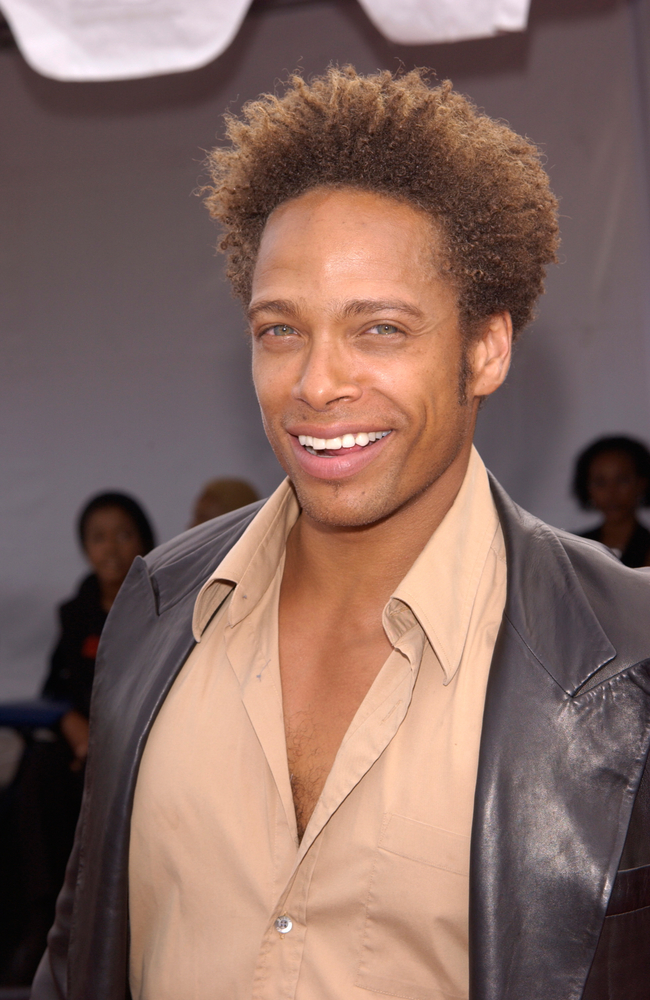 In the 1980s, Gary, who played piano, guitar, and saxophone, began to land roles in off-Broadway plays. He had to work hard – but his great passion and determination would take him far.

Many doors opened when he got to know the actress and producer Debbie Allen. She cast him as Shazza Zulu on the popular sitcom A Different World.

Gary, who played in local bands in New York City in the ’90s, was also suddenly invited to act in one of Janet Jackson’s music videos. The tenth and youngest child of the Jackson family was the highest-paid artist in the industry at the time.

Gary acted as her love interest in the music video for the song “Again” – a song that became huge at the time. It topped the US Billboard Hot 100 for two weeks in late 1993 and was a commercial success.

During the second half of the 1990s, Gary occasionally worked on various films and television productions. He landed a role in Playing God and starred in Alien: Resurrection. 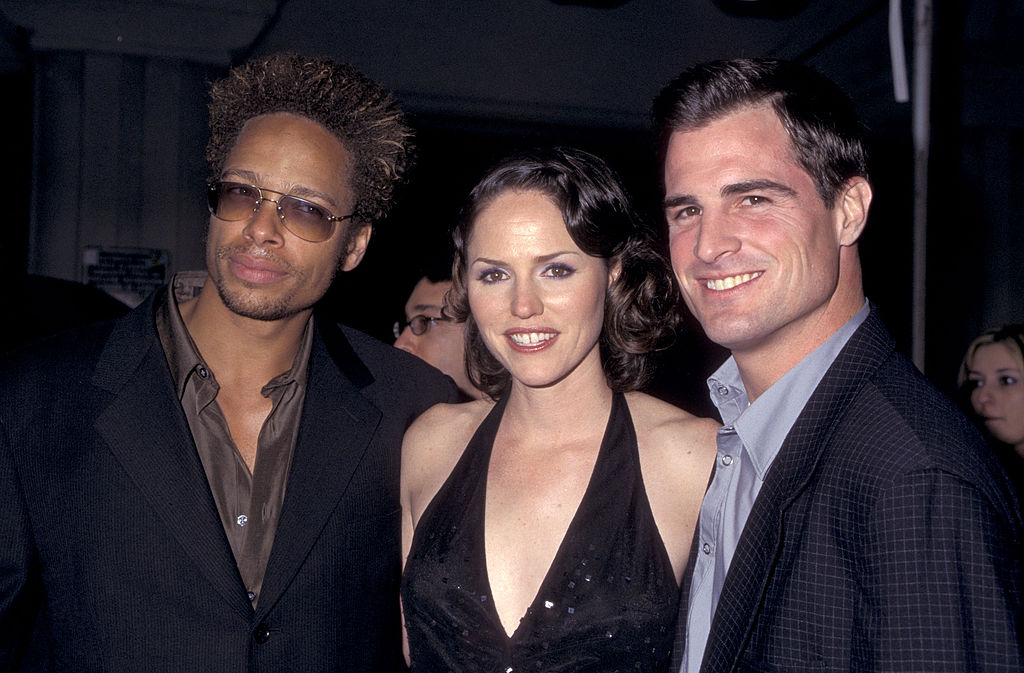 It would not be until 2000 before the broader TV audience learned how talented he was. In CSI: Crime Scene Investigation, Gary played the smart and complex forensic investigator and audio-video analyst Warrick Brown.

“When I got on the show, it was a great challenge to be an actor and to be in a drama. You want to be able to play a character who has dimensions. And I was able to do that,” Gary told Red Carpet News.

The enigmatic Warrick Brown, a native of Las Vegas, had a troubled past as a gambler but was very skilled at his job and an appreciated character among series fans.

In reality, Gary and Warrick were quite far apart.

“I’m not a gambler. I won’t give my money to anyone playing card. It bores me,” Gary once explained.

In 2008, rumors began circulating that CBS would not extend Dourdan’s CSIcontract. The parties failed to reach an agreement, and the result was that his contract was not renewed. Dourdan was also forced to leave the popular show – to the disappointment of many fans. In the finale of season 8, Warrick Brown was shot to death by a Las Vegas PD mole. In the opening scene of season 9, viewers watched how Warrick died in the arms of colleague and friend Gil Grissom. 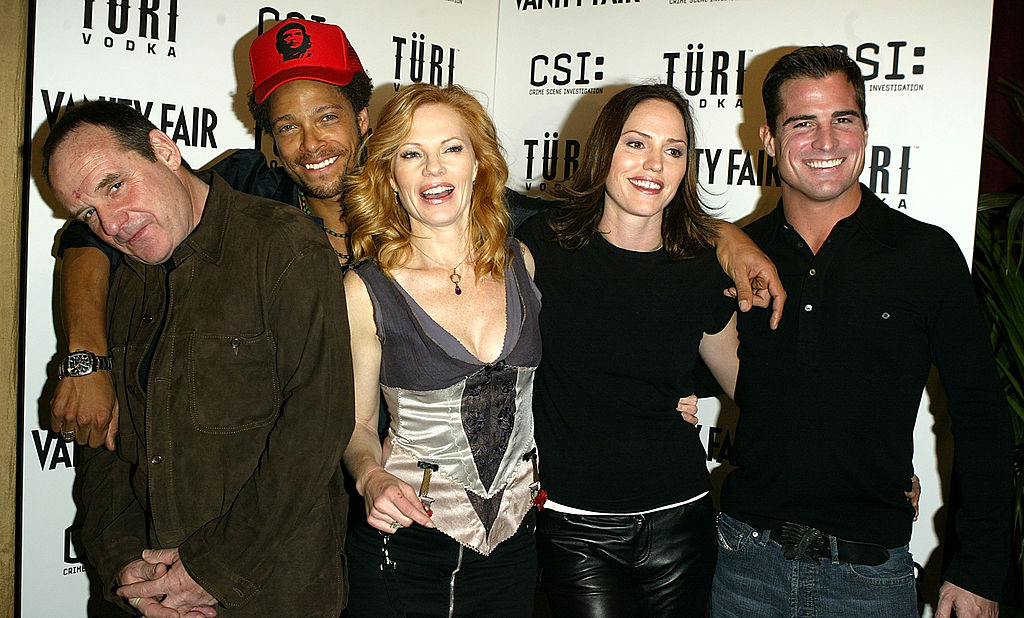 At the same time as Dourdan disappeared from the series, information came that he had been arrested for illegal possession. There was speculation whether it influenced CBS’ decision not to extend his contract – which wasn’t the case.

Gary Dourdan, who has African-American, Native American, Franco-Haitian Jewish, Irish, and Scottish ancestry, had a brief marriage with model Roshumba Williams in the early 90s. 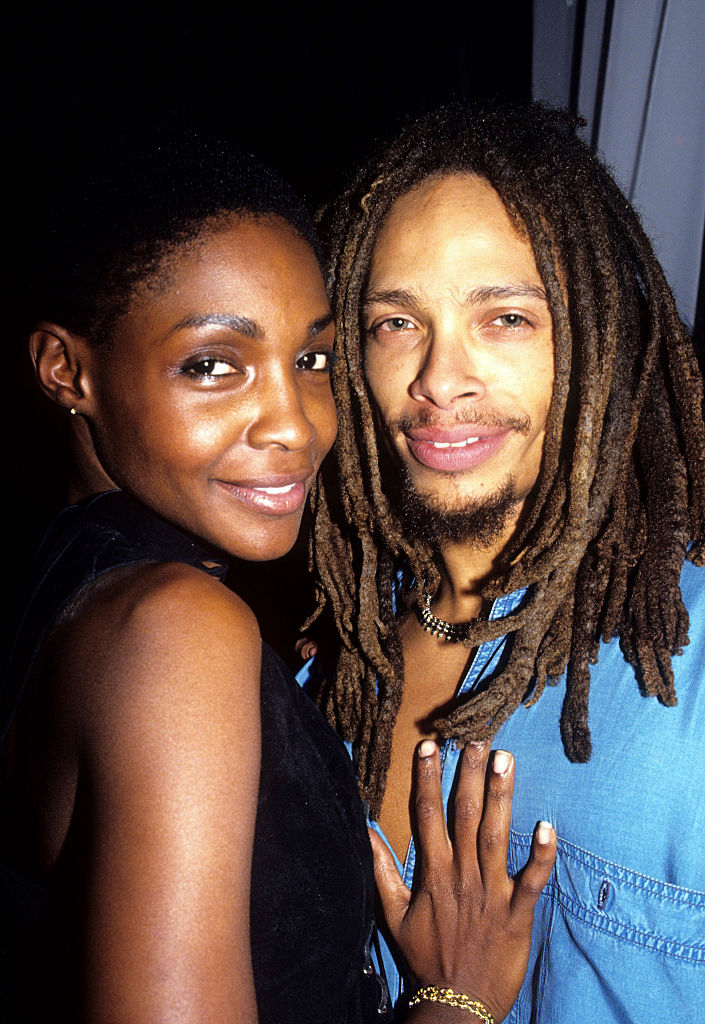 The couple tied the knot in 1992 but got divorced in 1994. Roshumba Williams became famous for her appearance in the Sports Illustrated Swimsuit Edition in the early 1990s, and since then, she’s been working as an actress and reality TV show judge.

The former lovebirds didn’t have any children together, but Gary Dourdan has two children from other relationships. His eldest child, Nyla, was born in 1998. Her mom is Jennifer Sutton, who Gary dated from 1995 to 2000.

Gary also has a son, Lyric, with his ex-girlfriend from Cynthia Hadden. He was born back in 2002 and has followed in his father’s footsteps.

According to reports, Lyric has developed a passion for music, and he’s a talented guitar player. He has shown up together with his father at events and music events, but keeps a pretty low profile.

Lyric doesn’t have Instagram or social media accounts, which is somewhat unusual for a 20-year-old.

“They’re really good kids. We never had to discipline them the way my mother definitely had to discipline me. I was a bit of a wayward child–a middle child and I was really reckless. My kids aren’t. Their mothers have done an excellent job of raising them. I’m very proud and feel very blessed. There were some uneasy years there; child rearing and relationships are difficult, but for some reason, those kids, those souls chose to be born through us. I have to thank them for that,” Gary says.

During his spell on CSI: Crime Scene Investigation, Gary got a reputation of being a lady’s man and a major player – something he didn’t deny when asked.

“Me and (castmate) George (Eads) used to roll out and hit the bars. We went out there and we raged. But he’s got a girlfriend now,” Gary told The Ottawa Citizen in 2005.

As mentioned, Gary has faced many struggles in life – but the worst thing that happened to him was a family tragedy that remains unsolved.

When Gary was only 6, his brother died after falling from a balcony in Haiti. The 23-year-old Darryl Dourdan had traveled to Haiti to do “research on the family lineage” but never returned home. The circumstances of his death remain a mystery, and according to Gary, the Haitian authorities couldn’t explain what actually happened.

“My older brother Darryl died. He was a legend, a really great musician. He was 23 and I was less than 10, he went to Haiti to investigate our French ancestors. They found him dead a few days later,” Gary told Vanity Fair. 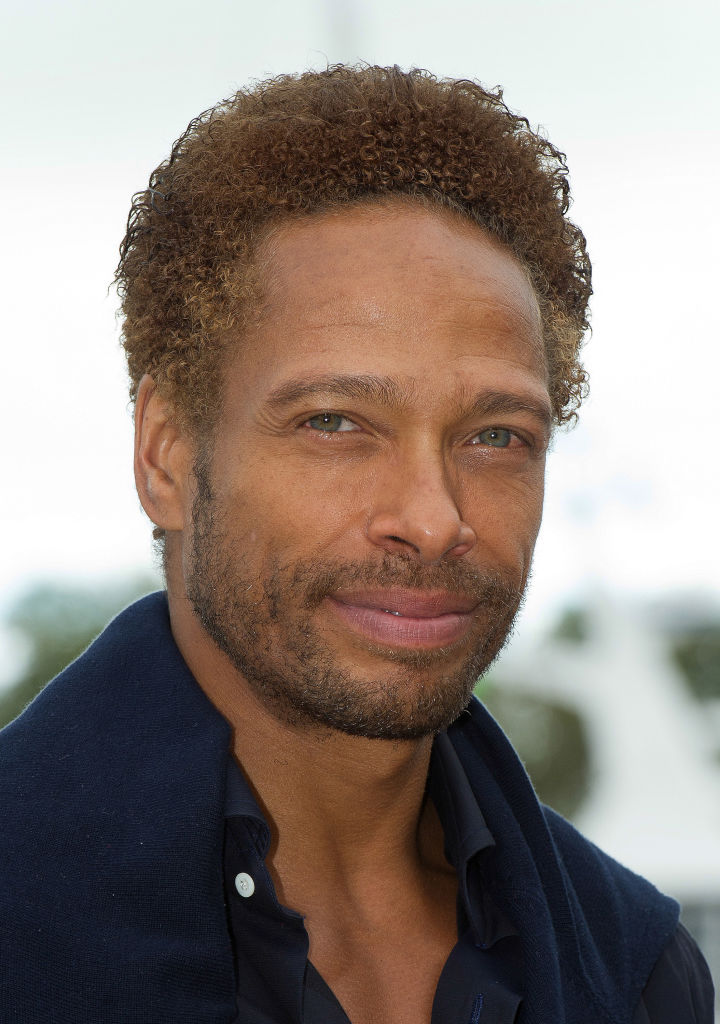 In that interview from 2005, the actor also revealed that he wanted to visit Haiti to investigate the case by himself.

“Many times I have been on the point of leaving for Haiti. But then I thought it best to just leave it. I wouldn’t know how to start, who to talk to after all this time. It’s been 30 years and the mystery is destined to remain a mystery. On television or in a film there is always a resolution. In life it is more complicated,” Gary explained.

The loss of his beloved brother still affects Gary.

“I was really connected to my brother. So everything I do now, be it my acting or my music, is always in honour of him.”

Gary has been in trouble with the law several times during his career and life. In June 2011, he was arrested after driving his car into parked vehicles. He then tried to flee the scene when police arrived. A few months later, he was arrested by the police again, after a quarrel with his ex-girlfriend.

As if that were not enough, Gary also had significant financial problems. In August 2012, he filed for bankruptcy. At the time, the CSI’s favorite had had just over $1.8 million and owned his creditors approximately $1.7 million. Gary had considerable debts to various banks, particularly Union Union Bank, which held the mortgage on his home. 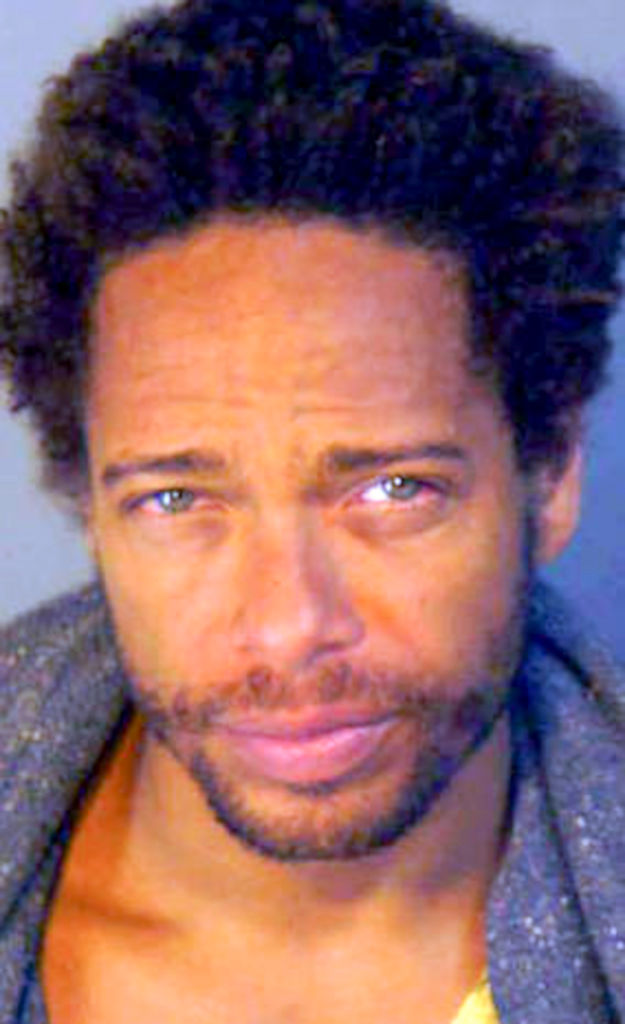 Many may have thought that Gary’s career had ended after all the scandals and personal problems. In 2019, he completely disappeared from our screens and didn’t participate in a single film or TV series. Why is unclear, but the positive is that Gary is back as an actor.

In 2021, he landed a major role in the action thriller Redemption Day, where Gary stars as a former Marine who travels to Morocco to rescue his wife. According to IMDB, Gary has more movies in the pipeline, and hopefully, we will see more of him in the future!

To me, Gary was the best in CSI… After Warrick died, CSI wasn’t CSI anymore!

After all the struggles he has been through, I am delighted to see how Gary seems to feel today and that he does what he loves – acting. Don’t forget to watch the video above either, because then you will discover that Gary is a fantastic musician as well.