Garth Brooks became an instant star almost the moment he dropped his very first album. The Tulsa, Oklahoma native seemed destined for a career in the music business, and his road there is remarkable indeed.

Brooks was still married to his first wife, Sandy Mahl, when his career took off. However, being a worldwide traveling artist was challenging due to all of the traveling and performing. In 2001, he decided to “retire” from country music in order to focus on raising his daughters.

At the same time, he had also gone through a divorce with his second wife, Trisha, which ended in a hefty multi-million dollar settlement. It turns out, the real reason behind the divorce wasn’t what many people thought.

Here’s all you need to know about Garth Brooks, his career, and his family! 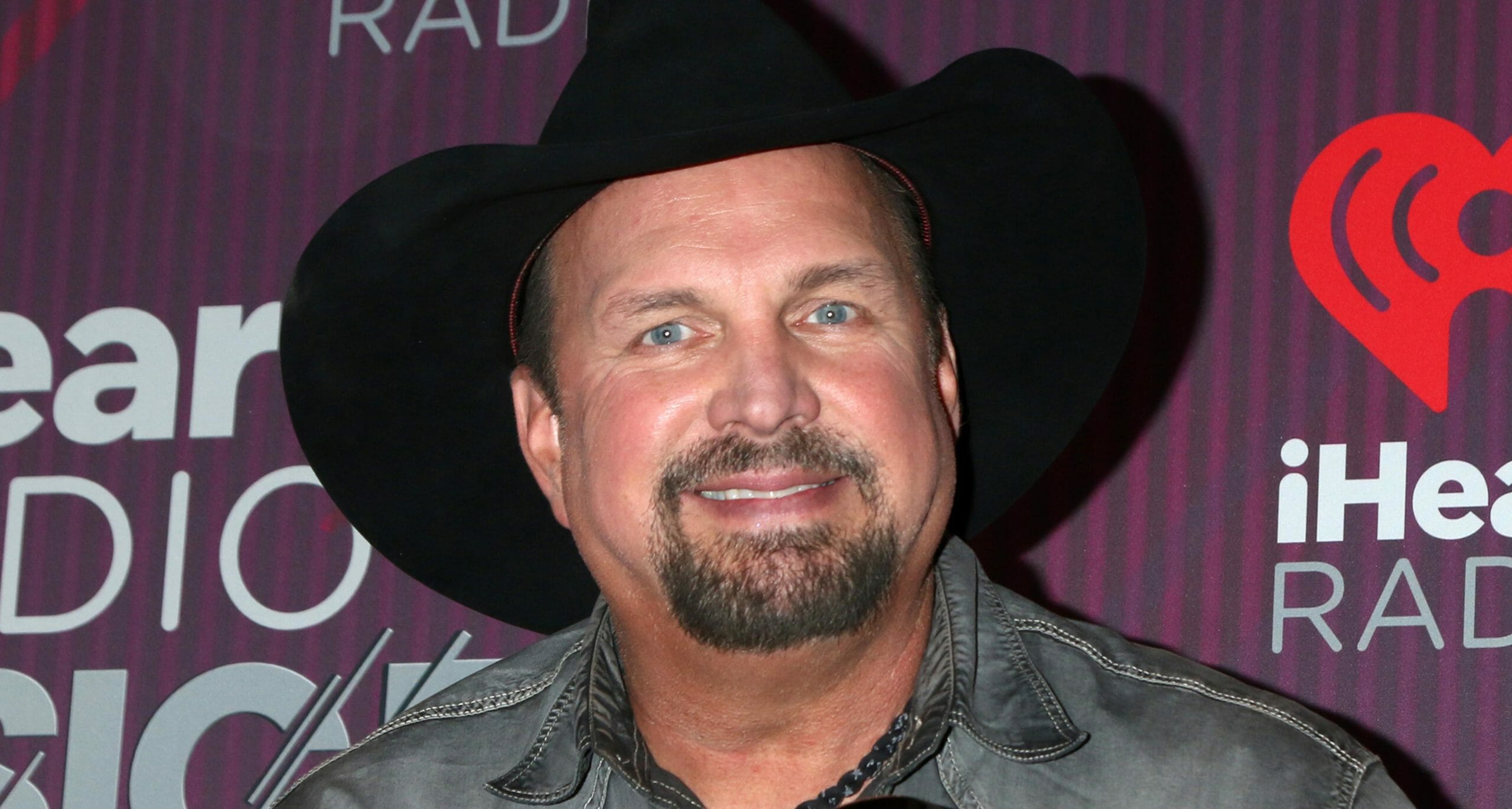 Garth Brooks was born in Tulsa, Oklahoma, on July 2, 1962, and was introduced to music from a very early age. His mother, Colleen Carroll Brooks, was an accomplished performer who had a contract with the legendary record label Capitol Records.

“I had what they used to call a cigarette-alto,” Colleen once said. “They said I was kind of a cross between Jo Stafford and Frank Sinatra.”

“Totally professional. She’s got the best voice I ever heard from a female,” Garth Brooks said of his late mother.

His father, Troyal, meanwhile, taught Brooks his first guitar chords, and music was a constant presence music at home. There, he listened to traditional country music made by Merle Haggard and George Jones, while through his brothers, he gained an interest in more arena-rock music, including the likes of Kiss and Bob Seger.

At age four, Brooks and his family moved to Yukon, Oklahoma. He attended Yukon High School and, later, Oklahoma State University in Stillwater.

But even though Brooks had a massive interest in music, it wasn’t a dream of becoming a musician at first. Instead, he wanted to become a professional athlete.

Brooks began studying at Oklahoma State University after earning a track and field scholarship for javelin. He also played football and baseball as a kid.

“I wanted to be a professional athlete. That was my dream when I was a kid,” Brooks told Stephen Colbert in 2018.

“The only thing that stopped me was my professional athlete ability.”

Of his decision to throw javelin, he joked to Colbert that “people call it ‘track and field.’ Not me. I’m [just] field.” 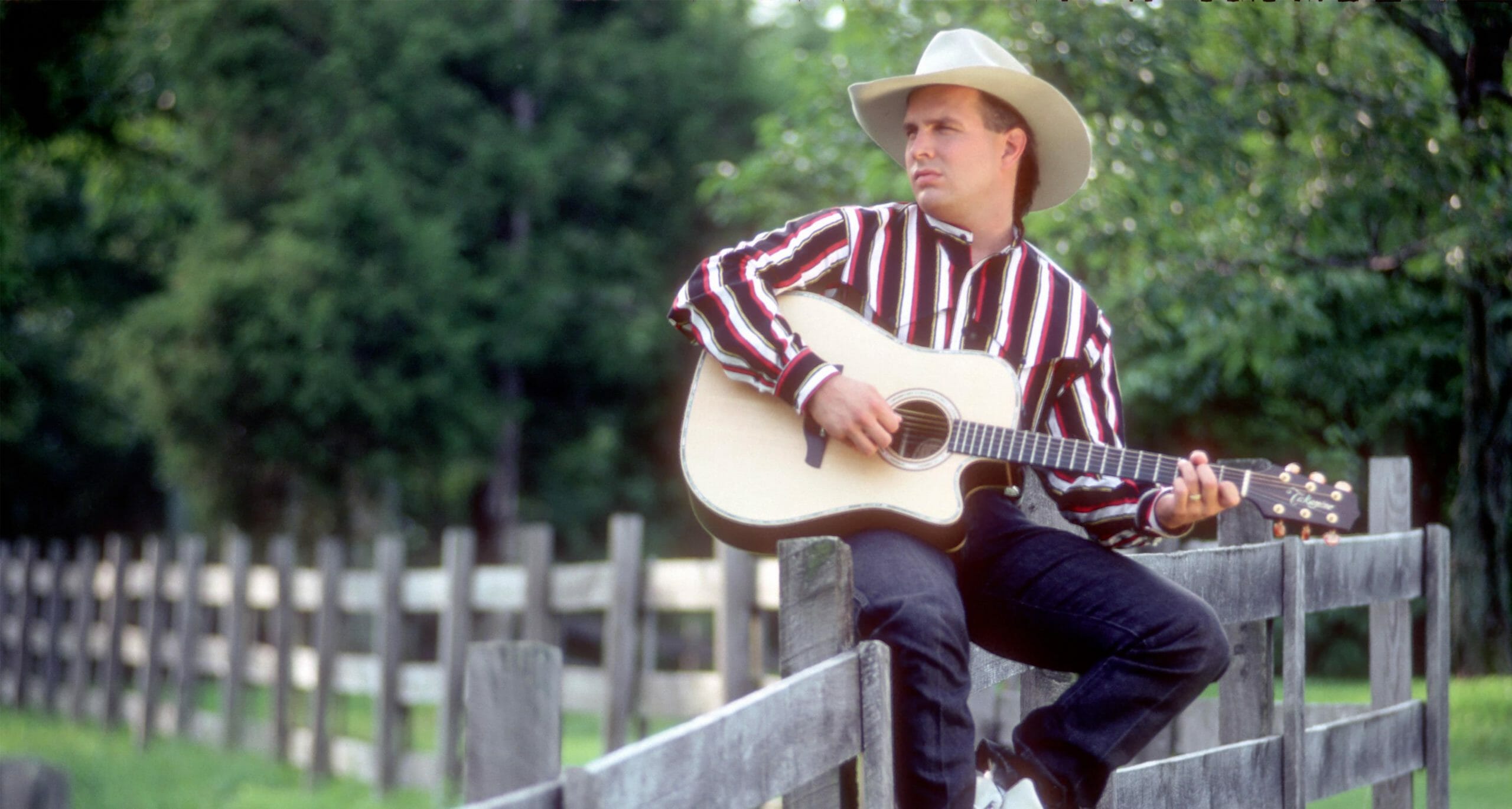 At the same time as he was competing in javelin at the university, Garth’s friends were beginning to experiment with music. They used to jam with each other in their dorm rooms, and though Garth was studying for his advertising major, it didn’t take long before he realized that music was something he was very good at.

One night in 1985, Brooks decided to take his guitar to a local salon named Willie’s, where he asked if he could play some songs in an effort to make money. Initially, he was only offered one night, but it quickly turned into a part-time job. One, coincidentally, that Brooks realized could be a future career.

“One night turned into two nights, three nights, and pretty soon I was playing Monday through Friday all over town,” Garth recalled to Colbert.

“The great thing was, it wasn’t working … I could feed myself and somebody I loved doing something that isn’t a job!”

Garth also worked as a bouncer at a local bar. He went on to form his band named Santa Fe, with the music consisting of covers. He learned to play whatever the audience wanted to hear.

“The greatest thing about clubs is there’s no one in between you and the people you’re playing for,” he told PBS. 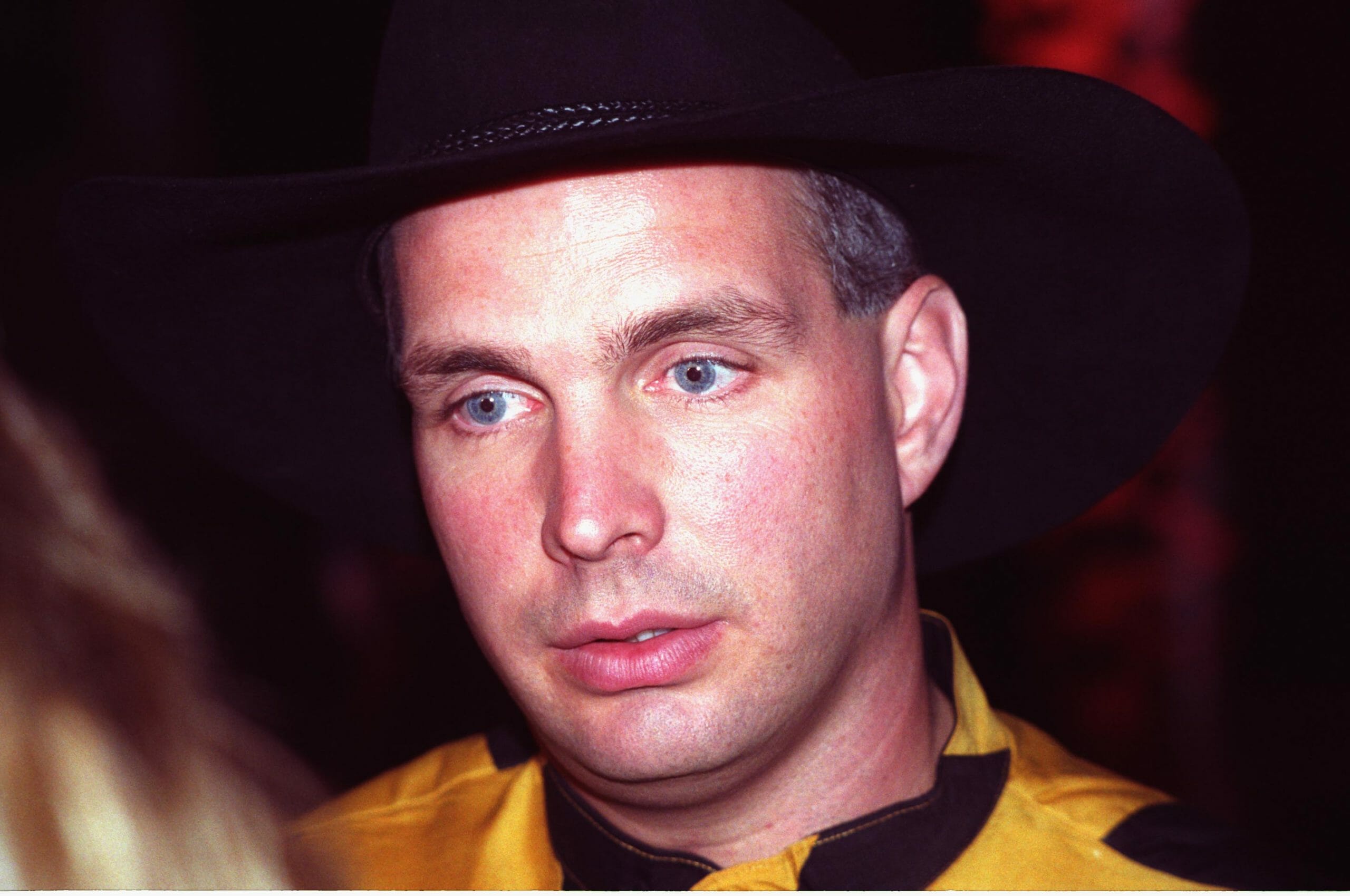 In 1985, Brooks decided to move to Nashville to pursue his music career. His confidence was high, and he expected that the road to fame and glory would be wide open.

However, things weren’t quite as simple as that when he arrived in Nashville. Brooks failed to land a record deal or gigs.

“When you are by yourself for the first time, you really have to prove yourself. You start looking down inside you, about what makes you up, and you start pulling these things out to handle each adversity as it comes. I took a real good look as to who I was for the first time. I was made up of my family, the good Lord, and my friends. None of them were around me,” Brooks recalled in an interview with UPI.

“So the only thing good about that first trip was that I was not stupid enough to hang around. There was something that kept telling me that this is what I’m supposed to do, but the time sure wasn’t right. I was sitting looking at those motel walls. I made up my mind I’m going home.” 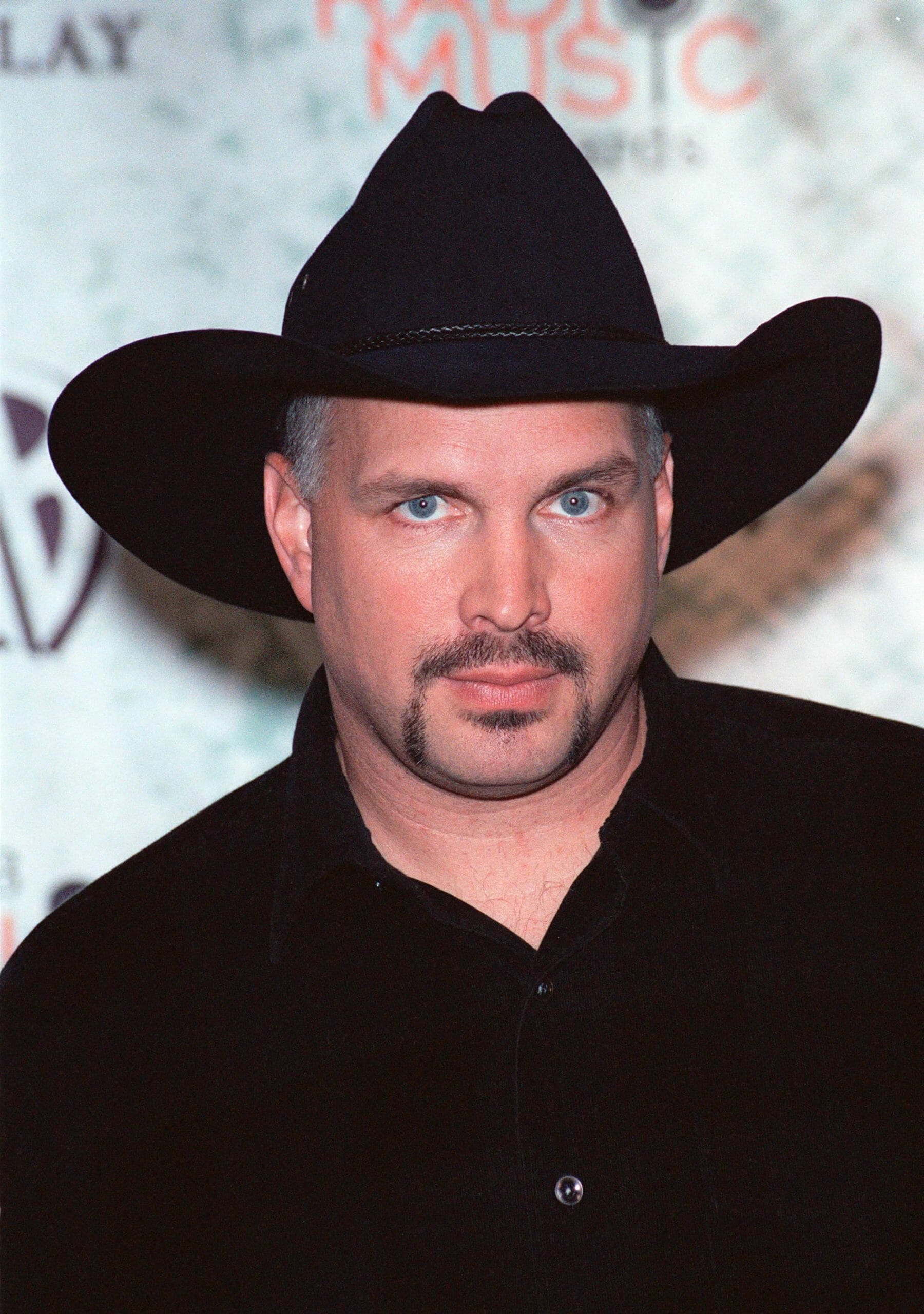 He continued to score gigs back home, and at the same time married then-girlfriend, Sandy Mahl, which made a massive difference in his life.

This is how Garth Brooks was discovered

Then, one night, Brooks took part in a writer’s round at the famous Bluebird Café.

The person supposed to play second didn’t show up, and Brooks got the slot instead. It turned out that fate was with him that night, as Capitol Records label head Lynn Shults was in attendance.

Shults saw Brooks perform If Tomorrow Never Comes. By the time he was done with the gig, his big break was all set.

“Lynn Shults of Capitol Records was there to see the guy who never showed up,” Brooks recalled. “He saw Garth Brooks instead. When my performance was over, Lynn was waiting offstage. What he said to Bob and me would change my life forever. He said, ‘Maybe we missed something here. Come to the label tomorrow. Let’s talk.’” 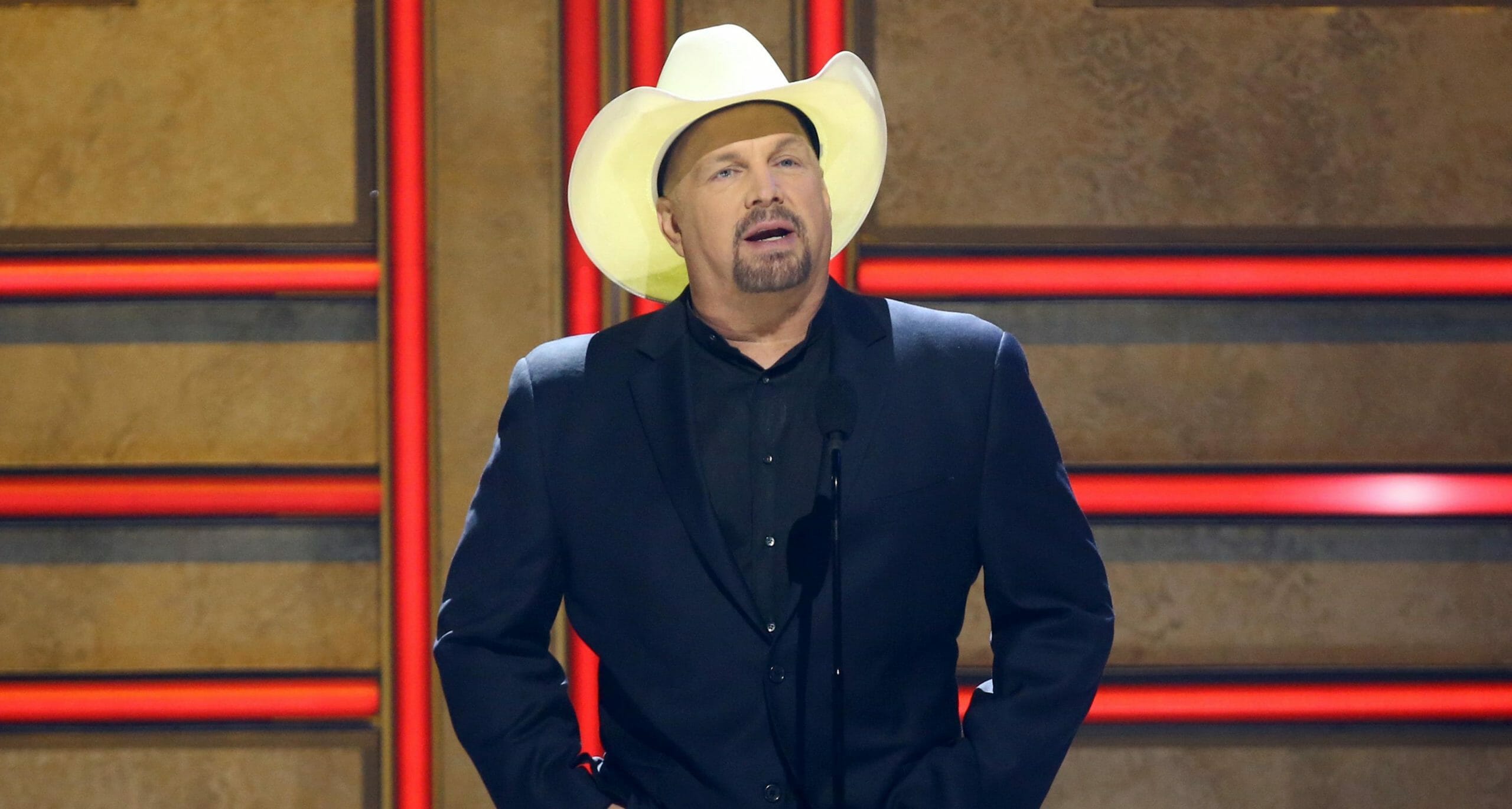 The second single, If Tomorrow Never Comes, and the follow-up The Dance, went to No.1. The self-titled debut album went to No.2 on the Billboard country album – not long after, Brooks became the most significant act at the Capitol Nashville, and one of the biggest country music stars in the US.

“The pinnacle of what I do”

“It’s a lot easier to cash my checks at the grocery store now,” he told the Los Angeles Times in 1990.

“But as far as being a star, that’s pretty much a four-letter word in my book. I’m just a guy who plays country music and happens to love what he does.”

Four singles on his second album went straight to No. 1, and the album itself a No 1. diamond-certified project.

“I’ve said it for the record a thousand times. I’ll state it again a thousand times: This is the pinnacle of what I do,” Garth Brooks said. “Nothing has ever touched being a member of the Grand Ole Opry.”

The 1990s became the biggest and most stressful years of Brook’s life, at least so far. He toured the world and won several Grammy Awards and Academy of Country Music Awards, among other special recognitions.

In total, the artist has won 23 Academy of Country Music Awards, and was nominated for two Primetime Emmys in 1999 for Outstanding Performance in a Variety or Music Program and Outstanding Variety, Music, or Comedy Special for his Garth Live From Central Park special. 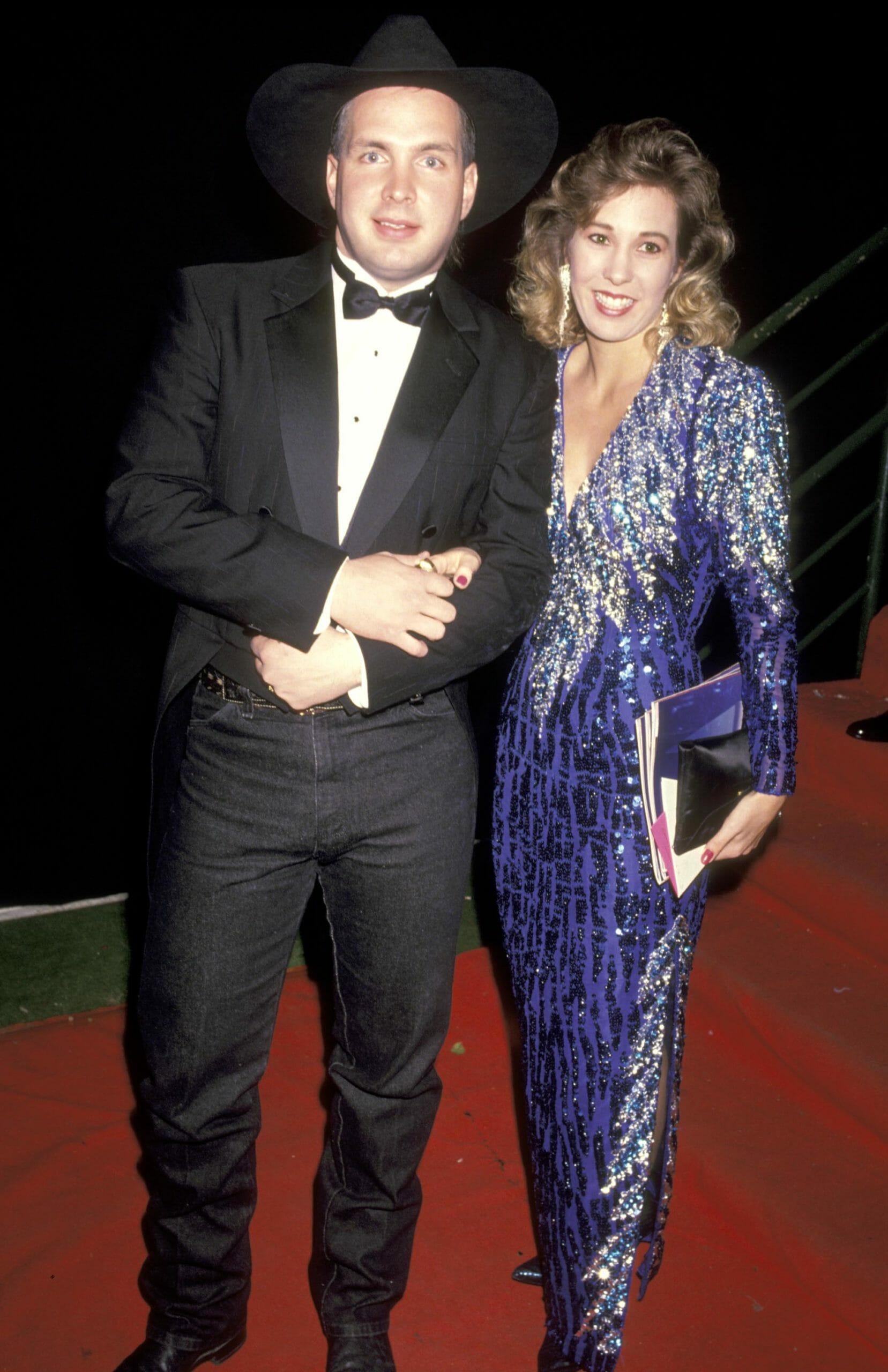 As mentioned, Brooks had married his first wife, Sandy, before his career really took off. They married in 1989, and would go on to welcome three children together.

Brook’s career became an incredible one, but he could also see that the music industry was a very tough business. The touring, recording, promoting, and traveling became too much for him and Sandy to handle. Sadly, the two divorced in 2001.

“Being married, it’s gotta be right. This is who you went to college with, and you were married in front of God and your family and everybody,” Garth Brooks said.

“There comes that time where you’re looking at the rest of your life and going, ‘How do you want to live it?’”

A year earlier, Brooks had decided to “retire” from country music, citing the fact that he wanted to have more of a hand in raising his daughters. By that point, he had sold 100 million albums. 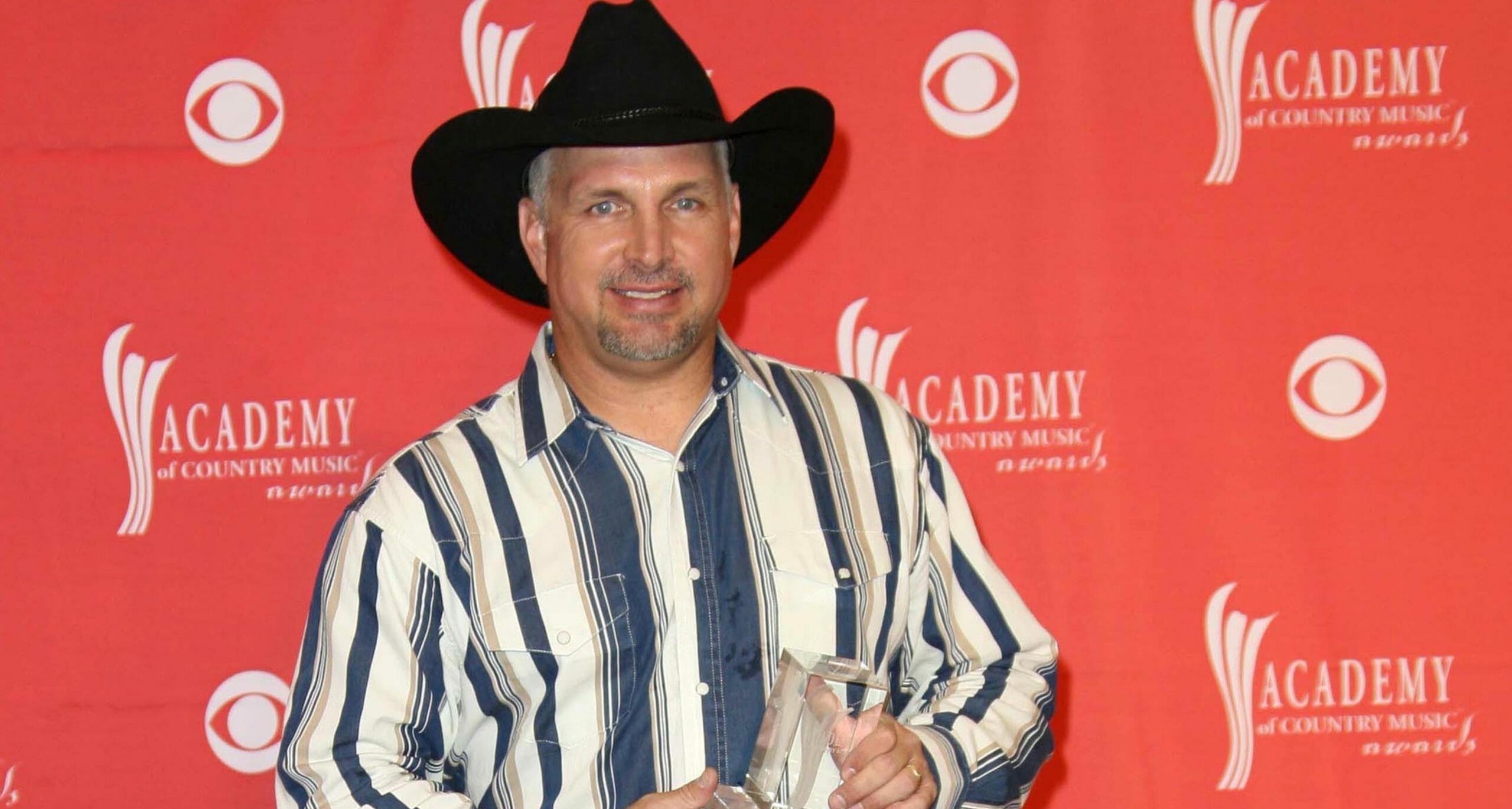 “I was getting divorced,” Garth Brooks told The Tennessean.

“Sandy is kind of doing my job and her job with the girls. If Sandy is doing her job, she’s telling them, ‘Hey, your dad loves you to death. He’s just working, and he’ll be home soon.’ Well, I didn’t have anybody to do that anymore.”

Garth Brooks and Sandy Mahl’s divorce was finalized on December 17, 2001.

According to reports, his first wife benefitted from a pretty hefty settlement worth $125 million. According to Celebrity Net Worth, it was the most expensive divorce of all time.

Despite their separation, though, Brooks and Mahl were clear that their children would always be the most important thing.

Shortly after the divorce, Garth said that he had shifted his focus to his family, and together, they maintained a co-parenting schedule for 14 years while their daughters grew up. Each morning, the children saw both parents; each evening, too.

They exchanged their daughters in the evening every day for 14 years, with only a few exceptions. The one parent that didn’t stay the night at their house picked the girls up the following morning and took them to school. 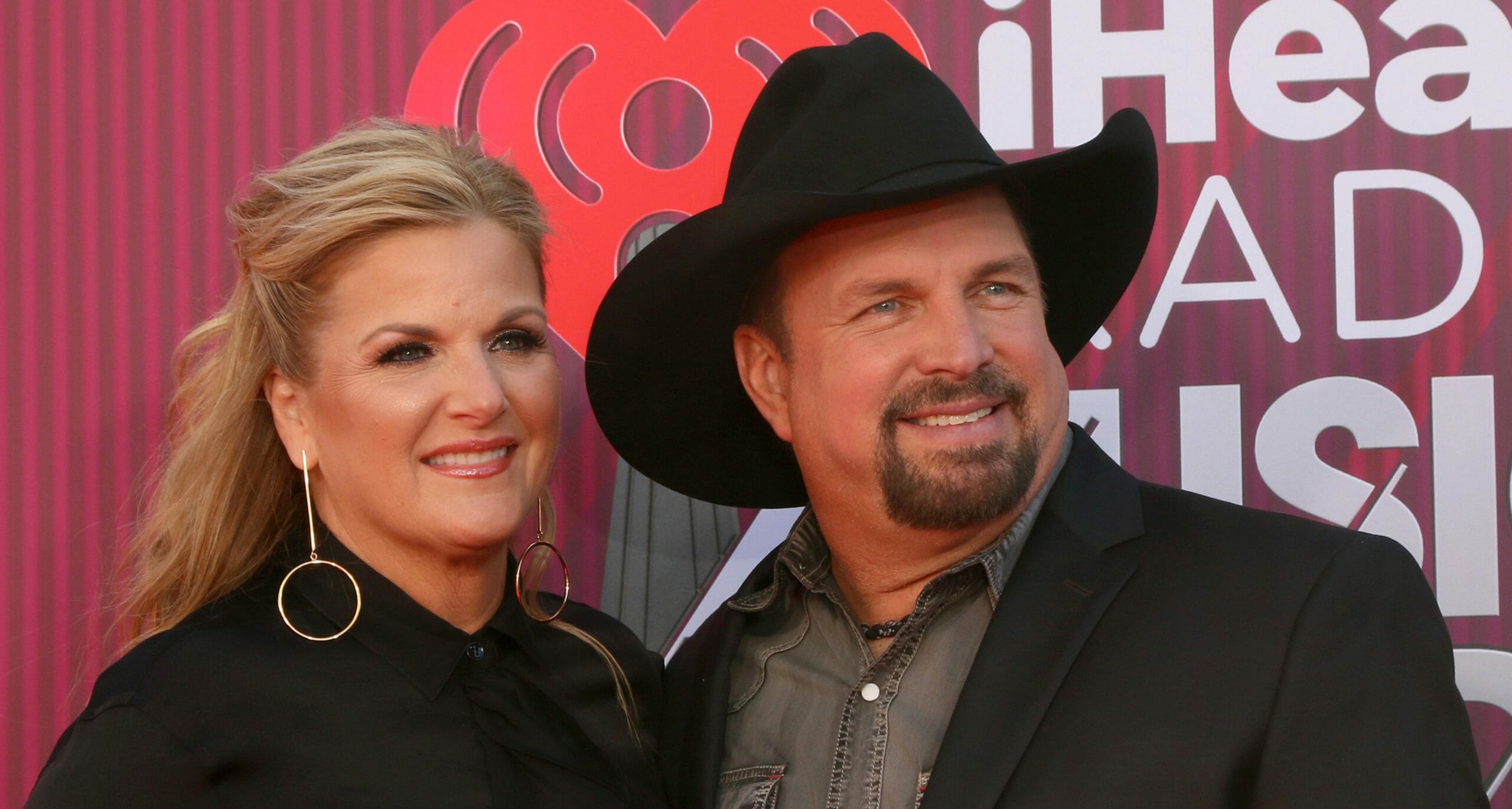 Then, in 2005, Brooks married his second wife, Trisha Yearwood. The two had actually met already when he was an up-and-coming artist (Trisha was also a singer at the time).

Garth helped her get her first record deal, and in 1991, she had a huge hit with the song She’s In Love With The Boy.

Yearwood also became the first female country singer to sell 1 million copies with her debut album. In 2005, Brooks proposed to her in front of 7,000 fans at Buck Owens’ Crystal Palace.

When they married, Garth’s daughters were still young. However, he told Us Weekly that she became an active participant in raising his daughters, with all three – Garth, his ex-wife, and current wife – attending the girls’ many sporting events together.

“I will say, I’d never wished divorce on anybody, but [for us,] three children and three parents worked really well, especially since the three girls were all tomboys. So they were all at soccer, track and field, softball, and never ever did one of those kids take the field where at least one parent wasn’t in the stands,” Brooks explained.

Today, Garth’s daughters have all graduated college. His family is doing great, and his marriage to Trisha Yearwood is still going strong.

Not only that, but Brooks is said to have a net worth of around $400 million. When he looks back at his life, he couldn’t be any happier.

Garth Brooks turned into a real family man, touching the hearts of millions of people worldwide at the same time.