Corinna Smith, 59, poured boiling water with sugar over her sleeping husband, Michael Baines, 80. Her daughter had told her that Michael had sexually abused her and her brother when they were children. “Livid” and “fuming” Smith boiled up two kettles of water and mixed it with three bags of sugar in a garden bucket. Then she went into the downstairs bedroom where he lay in bed sleeping and poured the molten sugar over him. She was later prosecuted for these actions and sentenced to life imprisonment.

Punishing Her Husband for Allegedly Abusing Her Children

According to prosecutors, the sugar “made the liquid more viscous, thicker and stickier, so that it stays on the skin and causes greater damage and that is exactly what it did”. Baines suffered burns on 36% of his body. He was admitted into the Whiston Hospital Burns Units critical care unit and then into the high dependency unit. He endured skin grafts and surgeries but he eventually passed away due to his injuries five weeks after the incident, on August 18, 2021.

On July 14 of that year, Smith’s daughter told her that Baines had sexually abused her and her brother “for many years when they were children”. Her brother, Craig, had taken his own life in 2007 at the age of 25. He was troubled throughout his life, even going to prison for assault. Before his death, he had admitted to his mother that the person he assaulted was a pedophile who had “touched him sexually“. Years later, Smith connected this incident with her daughter’s claim and administered punishment on the one she thought responsible.

At court, Judge Amanda Yip, QC, stated to her, “You found it difficult to take everything in, but made the connection between what Craig had said the day before he died and what your daughter was telling you. You were understandably very upset. You were described as being livid and fuming at the thought of what had been done to your children.”

Later on, Judge Yip stated, “Killing Mr. Baines also took away any opportunity for the allegations to be tested. That took away his right to a fair trial, bearing in mind that everyone is innocent until proven guilty. I have no doubt that this has caused untold pain to Mr. Baines’ children. The allegations are left hanging but unproven…” 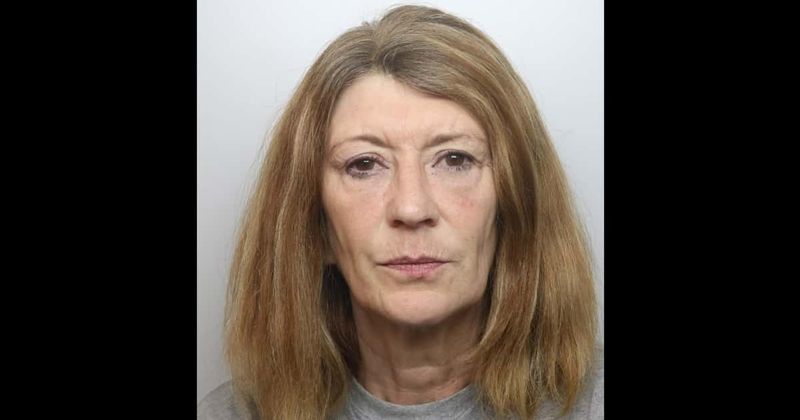 “Her actions were deliberate and considered”

Prosecutors made their case that despite the understandable reason, she did inflict fatal injuries on her husband.

“We cannot and do not say whether these allegations made about Michael Baines are true or not… but that is not the issue for you in this case because the prosecution certainly accept that these allegations were made, and that Corinna Baines believed them to be true at the time that she caused the fatal injuries to Michael.“

Smith had contested for manslaughter, saying her anger caused her to lose control. However, this argument felt weak when considering the planning that went into the attack, including adding the sugar and boiling water for 13 minutes to fill the bucket.

Mark Rhind, QC, said: “The prosecution case is that her actions were deliberate and considered, that whilst she would obviously have been very upset and distressed about what she had heard, the evidence will demonstrate that she was in control and acted in anger and to extract vengeance for what she believed that Michael had done. We say that she intended either to kill Michael or to cause him really serious harm and so she is guilty of murder.”

Additionally, after pouring the boiling water, Smith left the house and went to a neighbor where she said, “I’ve hurt him really bad, I think I’ve killed him”.  The neighbor called the police and ambulance, who found Baines in agony as the skin on his arm and hand peeled off. He said to them, “I’m badly burned. I’m burned all over. She poured boiling water all over me. I just want to die.”

The court agreed that Smith didn’t intentionally try to kill Baines. In a police interview, she admitted, “I accept that I poured boiling water over Michael with sugar in it. The whole thing is a bit of a blur. Minutes became seconds. I just lost it and was so emotional, I was not acting out of revenge.”

Detective Chief Inspector Paul Hughes said, “Smith killed her husband Michael in such a painful and cruel way. To throw boiling water over someone when they are asleep is absolutely horrific. To also mix three bags of sugar with the water showed the determination she had to cause serious harm.

“The sugar placed into the water makes it viscous. It becomes thicker and stickier and sinks into the skin better. It left Michael in agony and rather than call the emergency services she wasted time by going to a house nine doors away to tell a neighbour, who she wasn’t close to, what she had done. Michael was an elderly man who fought for his life after the attack but sadly in the end he passed away.”

The jury found her guilty and Smith was sentenced to life imprisonment with a minimum of 12 years before being able to be considered for parole.