Don Knotts will forever be remembered for his legendary roles as Deputy Sheriff Barney Fife on The Andy Griffith Show and as landlord ‘Ralph Furley’ from the late 1970’s television series Three’s Company. 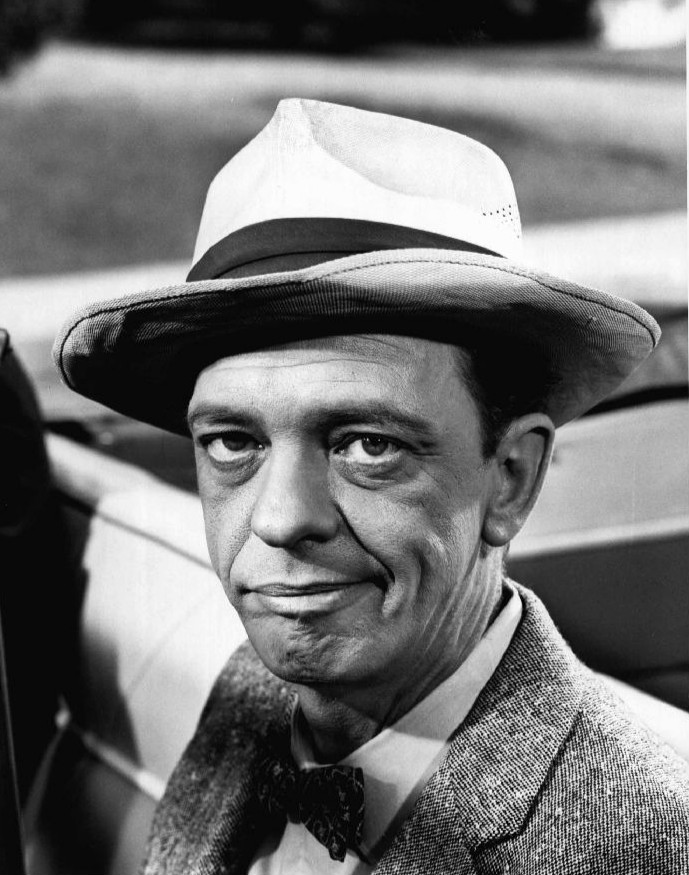 The late comedy legend was truly one of the greats and a genuine gift of comedy for all to remember – he provided us with so many laughs over the years. For me, he’s one of the funniest actors ever and his surprised face still cracks me up to this day.

After Don’s break via with The Andy Griffith Show, he became one of the most known faces in the United States. But he always was protective of his personal life. It was only after his tragic death in 2006 that a lot of secrets about were revealed …

Don Knotts was born in 1924 in Morgantown, West Virginia, and grew up in relative poverty. His father was a farmer and his mother had already turned 40 when she gave birth to Don.

He got off to a tough start in life. Don’s father, mental illness, had a nervous breakdown when Don was born. He was also a violent man, supposedly once chasing his son with a knife. 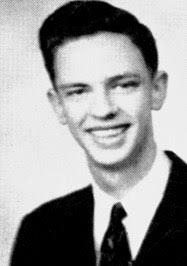 Of course, these traumatic events affected the young Don and he became quite introverted, constantly trying to protect himself from external threats. Those personality traits stayed with Don all his life – even though he was perceived as completely different when he was performing on stage.

Don also had four brothers, but two sadly died relatively young. His eldest brother, Earl, passed away when he was just 13 years old. Earl suffered from pneumonia and at that time it was a serious disease that killed many people (this being before antibiotics were a mainstream medication). Another of Don’s brothers, William, passed away at the age of 31. 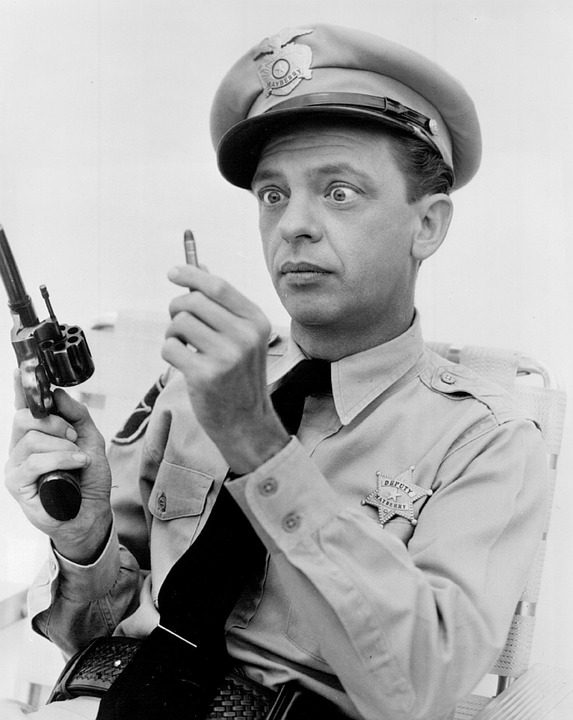 Don was raised by his mother in a boarding house owned and operated by the family. Despite all the tragedy of his childhood, he developed a unique ability to make people laugh. He could put a smile on everyone’s face, even from a young age. But it would be a long time before he reached Hollywood to share his genius with the masses.

Don started out as a regular, hard-working laborer, working as a chicken plucker. Yet even before Don started high school, he was interested in ventriloquism and was regularly performing in churches and at other events.

Don eventually traveled to New York to make a name for himself as a comedian – but it was a total failure. Dejected, he returned home to West Virginia and enlisted in the United States Army during World War II. 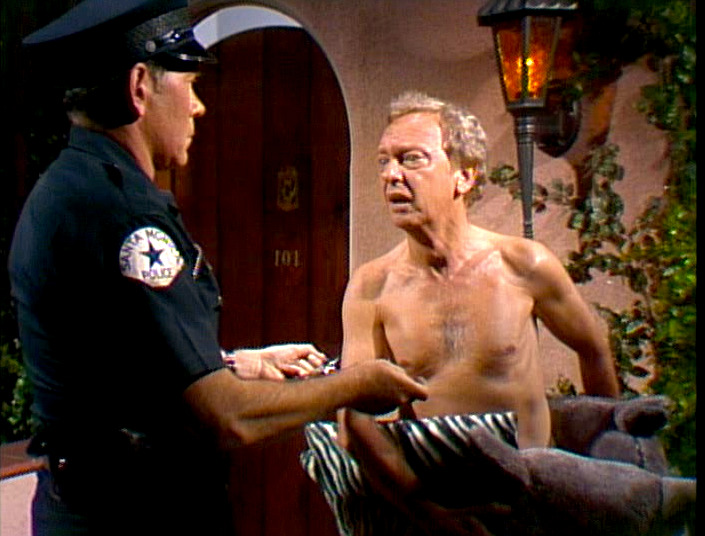 Before long, he had used his enlistment to further his goals, touring and performing for the troops with his doll Danny “Hooch” Matador in a show called Stars and Gripes.

He received several medals for his efforts and served in the western Pacific Islands until 1946. Don never held a weapon in his hand and was never involved in fighting the enemy, but he played an important role in easing the soldiers’ everyday lives and making them laugh during a trying time. 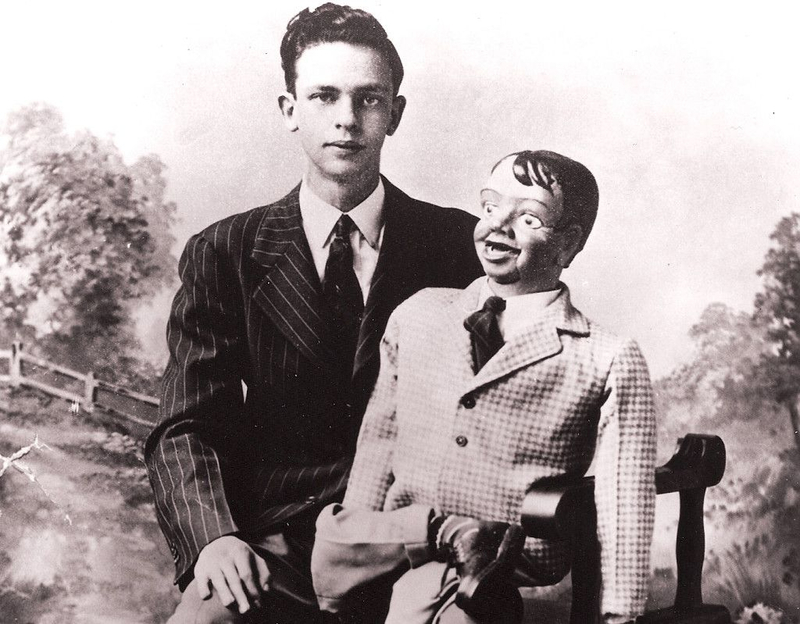 When he returned home, Don moved to New York, where his career would take off. Thanks to his contacts in the Special Service Secret Branch, Don gained a foothold in the entertainment industry. He got his break in the soap opera Search For Tomorrow, where he had a role between 1953-1955.

“It was the only serious role I ever played professionally,” Don said later.

When Don was casted as Deputy Barney Fire in The Andy Griffith Show, he probably didn’t realize that it was going to change his whole life. Don achieved huge success starring as the thin, wiry and high-strung deputy. 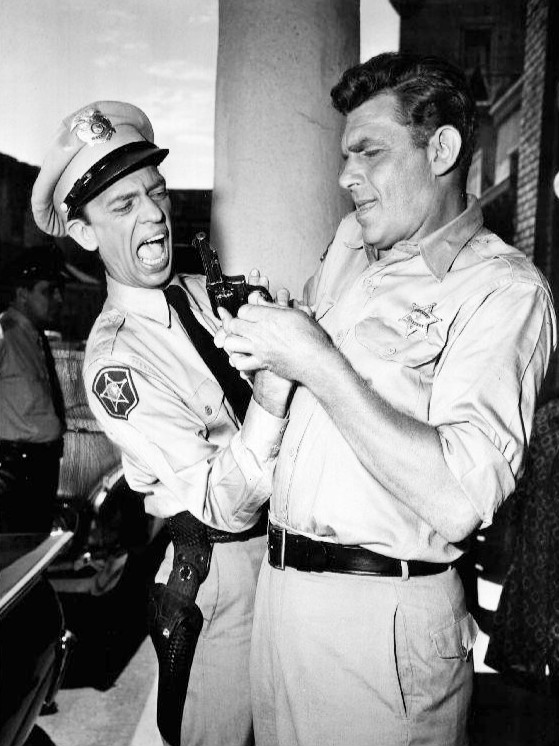 From the beginning, it was thought that Andy Griffith would be the comedic lead and Don would be his straight man. But as things turned out, they both realized that it was best to change roles.

“By the second episode, I knew that Don should be funny, and I should play straight,” Andy said in the book Mayberry Memories: The Andy Griffith Show Photo Album.

Don and Andy had a terrific chemistry together but Don left the popular series in 1965, as he thought there would be no more episodes.

Don signed a contract with Universal Studios and made several films for the company. In 1979, Don returned to television and played his second most famous role as Landlord Ralph Furley in Three’s Company. 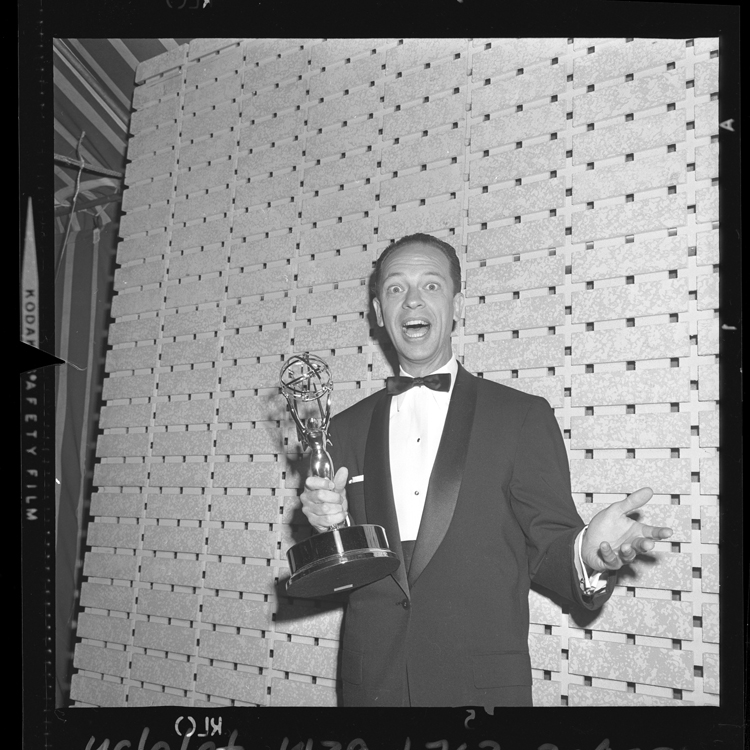 In the 1980s, Don reunited with Andy Griffith in the television movie Return to Mayberry, where Don once again played the beloved deputy Barney Fires.

Don was active in the 2000s, but by then was mainly doing voice roles. Among other things, he was the voice of Scooby-Doo in a video game. In 2000, he received his star on the Hollywood Walk of Fame.

In the final stages of life, the legendary actor battled lung cancer and all the complications that come with that horrible disease. He died at the age of 81 in a hospital in Los Angeles and was buried at Westwood Memorial Park in LA. 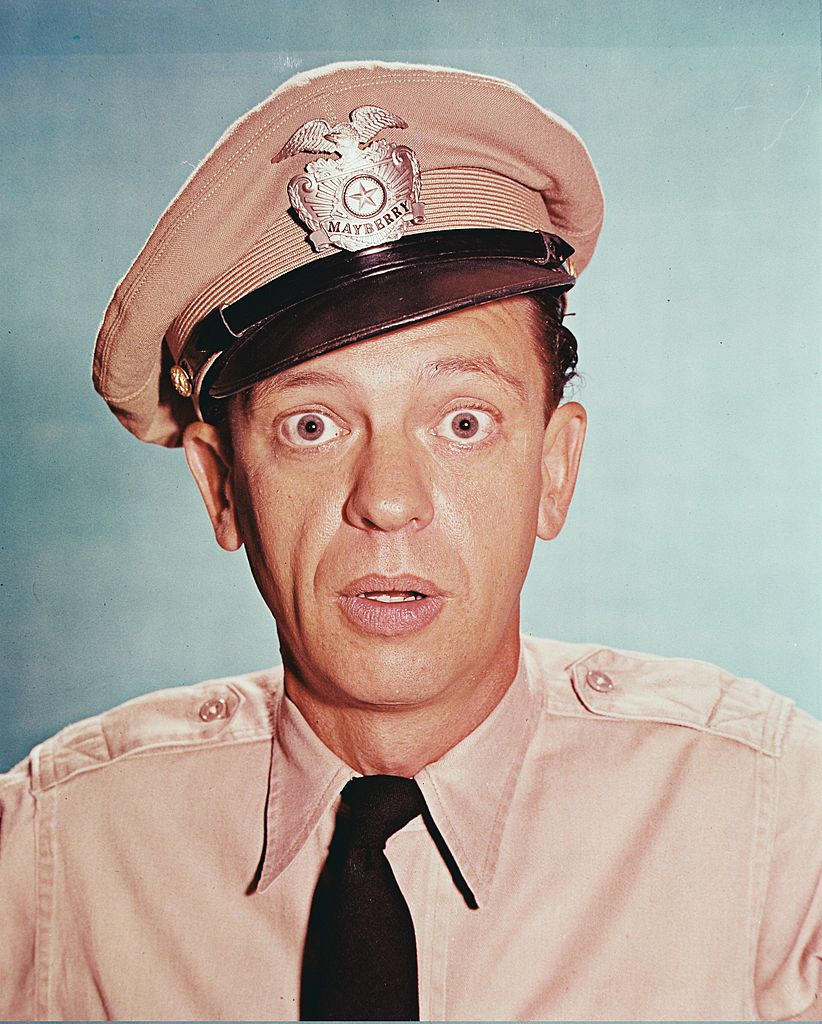 A few years ago, Don’s daughter, Karen, revealed details from her father’s deathbed. When she was visiting him, Karen couldn’t help laughing at her father’s constant wisecracks.

“He was literally dying, but he did something or said something that caused my stepmother and me to go into fits of laughter, which is why I ran out. I thought to myself, ‘I don’t want to be standing there in front of this man, my dearly beloved father, who’s dying, and laughing,’” Karen told Closer Weekly.

In a new interview with Fox News, the daughter once again went into when she did the ”forbidden” – to laugh on your father’s deathbed is, of course, a big no-no under normal circumstances.

”He wasn’t there trying to make anybody laugh – he was naturally funny! And at times, he would be funny when he didn’t mean to be. So that’s what happened. We were sitting with him because we knew it was very close to the end of his illness. It was just such a somber mood. Then all of a sudden he just started doing something so funny that just gave us the giggles. And he would do that – just suddenly do or say something at a quiet moment to make you laugh. That came to him naturally,” Karen said and continued:

”I just couldn’t hold it in. I had to run out of that room. I didn’t want him to think I was laughing at him because he could be sensitive. But I just thought, “Oh my God, I need to step out now.” I later told [director] Howard Storm about it. And he said, “You should have stayed there and laughed! That’s what comedians live for.” But I didn’t want to hurt my dad’s feelings at that moment. It was a tough call!”

According to Karen, her father never lost his sense of humor – not even when he knew he was going to die. But there’s one thing she regrets:

“I was telling this story to Howard Storm, who’s a director, and he said, ‘You should have stayed and laughed out loud,’” she said. “‘That’s what comedians live for!’ He was right; I should have just stood there and blasted out laughing.” 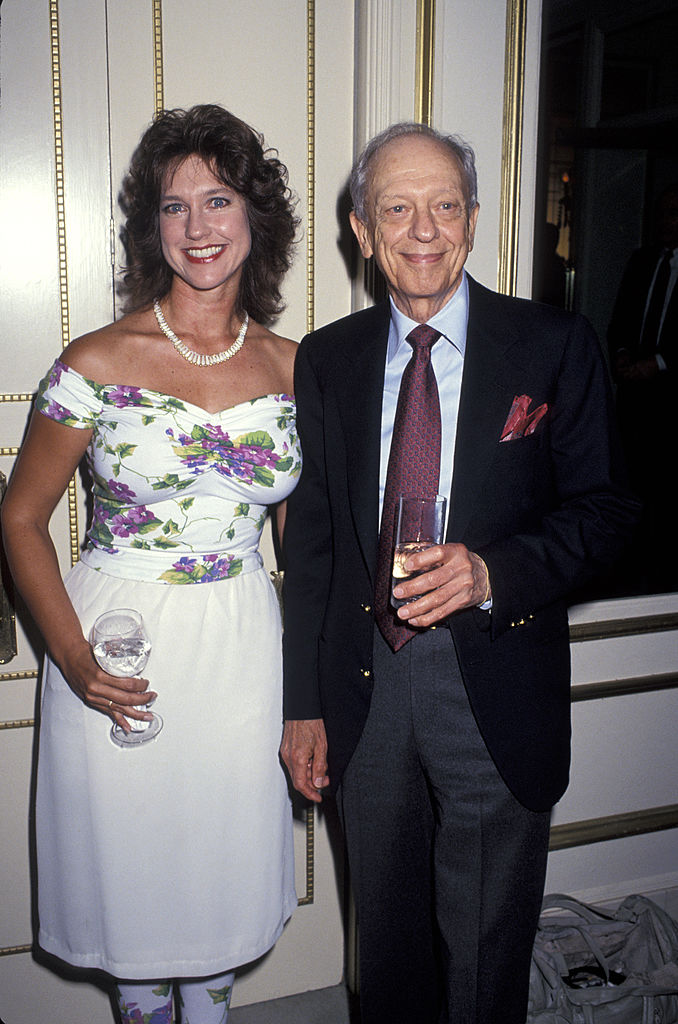 Don was married three times and had two children – one daughter and a son. His daughter, Karen, has followed in the footsteps of her father and works as an actress. Apparently, Don didn’t want his daughter to enter the entertainment industry, but he couldn’t stop the talented Karen.

“We didn’t see him a lot, because he worked 10, 12 hours a day,” said Karen. “And when he was home, he was always holed up in his room working on his lines and stuff like that. At that time, we kids were pretty young, and he confided whatever he was feeling about working on the show to my mom.”

I remember watching and listening to him rehearse. He asked me to run lines,” she recalled. 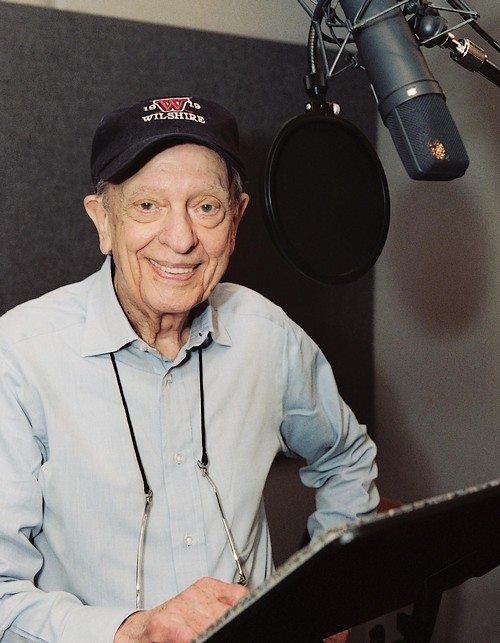 When Karen released her memoirs, much of her father’s life came to light – things that few knew of but had perhaps speculated about.

Above all, it was his tough childhood that left its mark on Don.

”My dad was very burdened down by all these problems,” said Karen.

During his life, Don struggled with hypochondria and macular degeneration. Betty Lynn, one of Dons’ co-stars on The Andy Griffith Show, knew Don in person and described him as a “very quiet man. Very sweet. Nothing like Barney Fife.”

To overcome his struggles, Don turned to therapy.

“He had a lot of different kinds of moods. He fought a lot of depression and I helped him, or thought I did, because I could see how he had this endless loop of thought that would always lead to a downward spiral. I would try to break through that and was like Pollyanna, pointing out the positives,” Karen said.

Don Knotts’s legacy lives on in many different ways – for example, there is a statue of Don in his hometown of Morgantown. 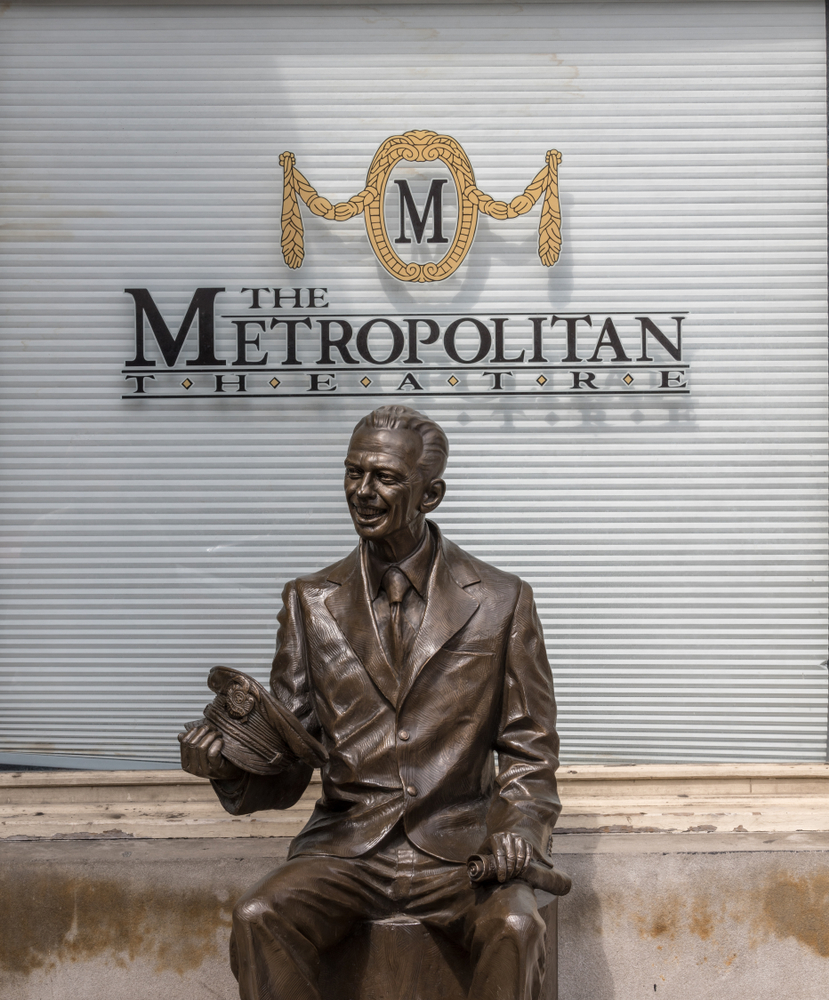 “It’s a prop that is a symbol for the script for The Ghost and Mr. Chicken which he did around the same time.  So, it’s a nod to his film work in his left hand and nod to his TV work with the Andy Griffith Show with the prop for the Barney Fife had in his right hand,” the artist, Jamie Lester, explains.

The 5-time Emmy Award-winning actor was also honored with the ”Don Knotts Boulevard” in Morgantown.

“Don was special. There’s nobody like him. I loved him very much. We had a long and wonderful life together I told him I loved him, and I held his hand. His chest heaved several times, and I believe he heard my voice,” Andy Griffith told WFMY when Don died in 2006.

Don Knotts was definitely one of the greatest people and actors of all time – share this article on Facebook if you agree!