I guess most of you know the feeling of hesitation when someone offers you to hold their newborn baby. No matter how much the little souls make us happy and remind us of the innocent times of our own life, or how much we want to embrace them and hold them tight, we know they are very fragile and we somehow don’t feel comfortable carrying them in our arms.

So, we often admire the ease with which medical staff holds the newborns. However, despite their experience, they too should be extra cautious when handling little babies in order to avoid tragedies such as that of baby Ian. His mom is sharing his story with the rest of us through Love What Matters. 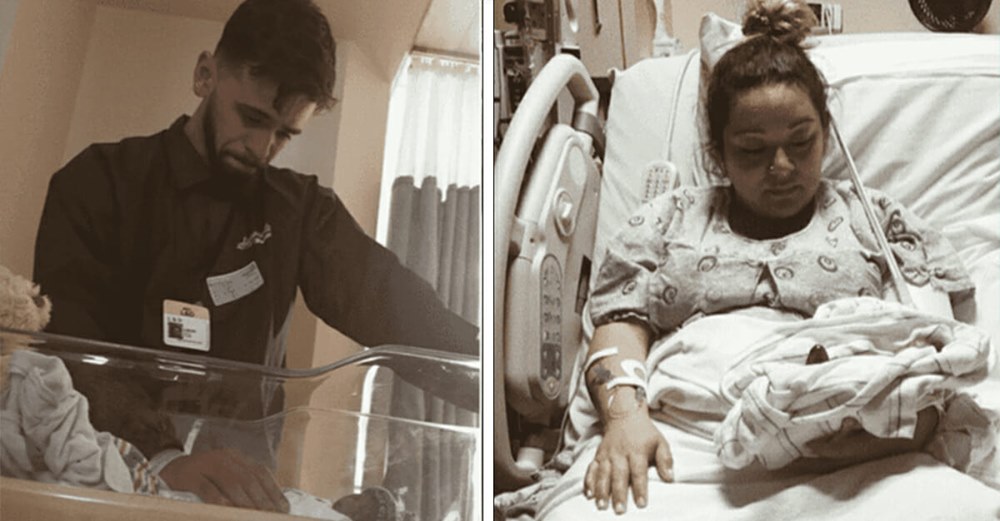 Kristal Amezquita couldn’t wait to meet her bundle of joy. She never assumed that the moment she was desperately waiting for would never arrive because of a doctor’s negligence, especially because her pregnancy was a healthy one up until the moment things somehow turned for the worse.

At 21 weeks, Kristal started experiencing severe pain in her stomach and visited the Emergency room where she was given some very disturbing news.
Speaking to Love What Matters, Kristal said, “He told me the membranes of the water bag were protruding and I was already leaking water (technically already in labor—the pain I was experiencing were contractions), the water Ian needed to survive was coming out. He said my cervix had opened up and the placenta had come into contact with the vaginal canal causing an infection. I was on the verge of fighting an infection and I had two options at this point.” 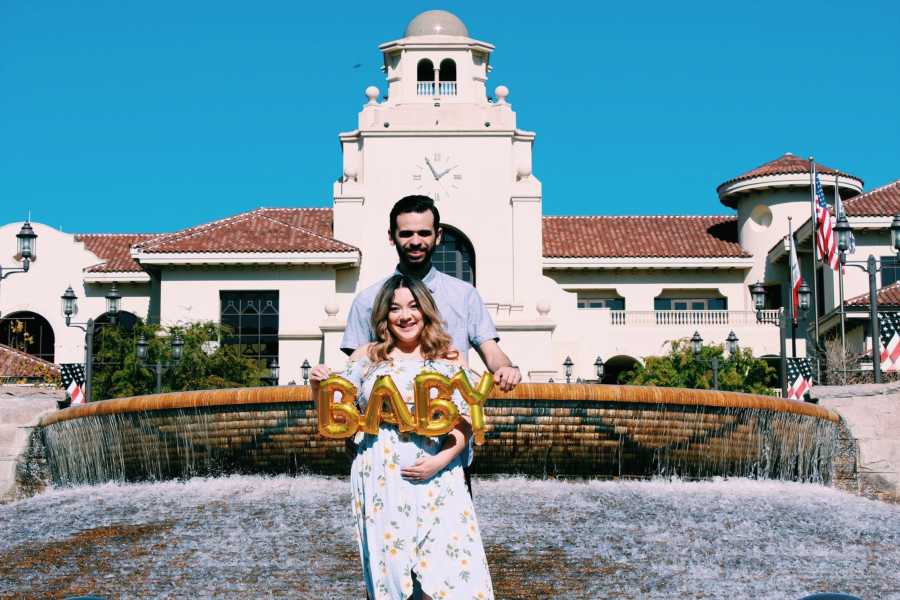 “One — Expedite my pregnancy or Two — Let my body take its course. WHAT. THE. HECK. I was heartbroken, my heart was aching, my world was shattered. How did I go from being so excited to turn 21 weeks and see my baby growing in my belly to knowing I would not leave the hospital with him?”

She thought it would be for the best if she let it all happen naturally without rushing things and give her son a fighting chance.
“I had the catheter put in and about less than half an hour later I was in feeling so uncomfortable, I was in pain and my heart was broken. I called for the nurse because I told her I wanted the catheter out, I could feel it, but she said I had the epidural so I shouldn’t be feeling anything. While she and the OB were checking on me, my water broke. THAT IS WHEN I COMPLETELY LOST IT. I knew this was really happening, I was really losing my baby.” 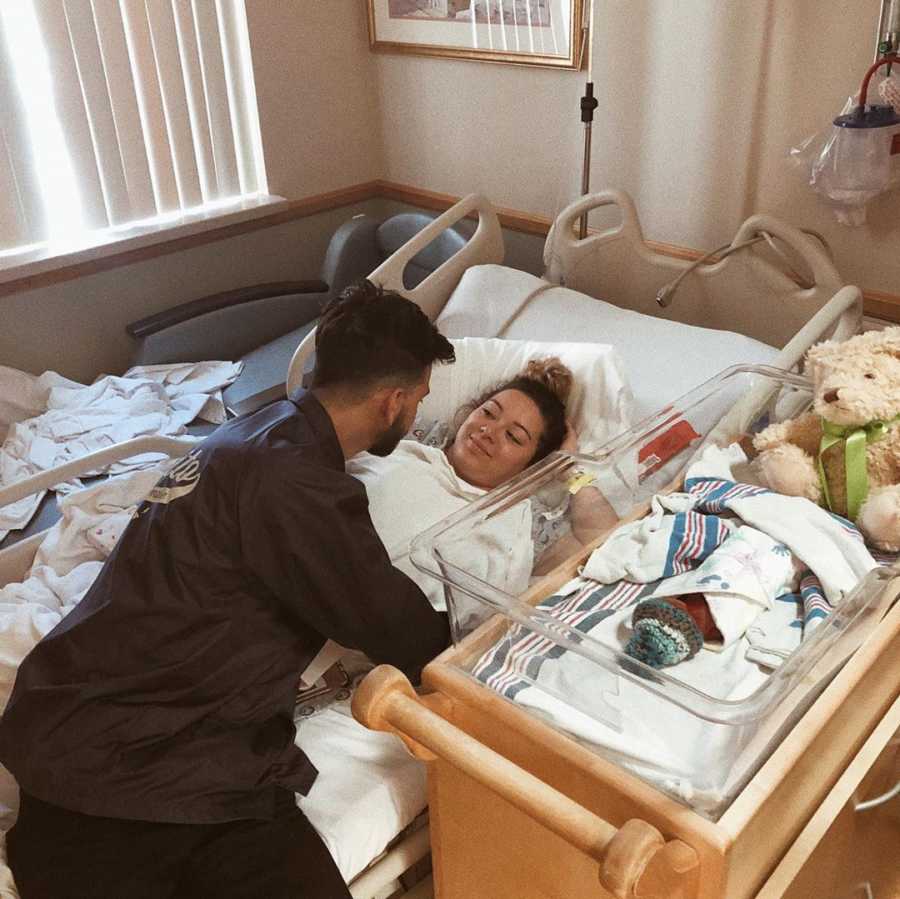 Soon enough, Kristal was told to push as her baby was getting out. And just moments later, Ian was born.
The doctor asked Kristal whether she wanted to hold him but she was still trying to deliver the placenta at the time.

What happened next left Kristal in complete shock. Her life was changed forever and she just couldn’t believe what had unfolded right in front of her eyes. 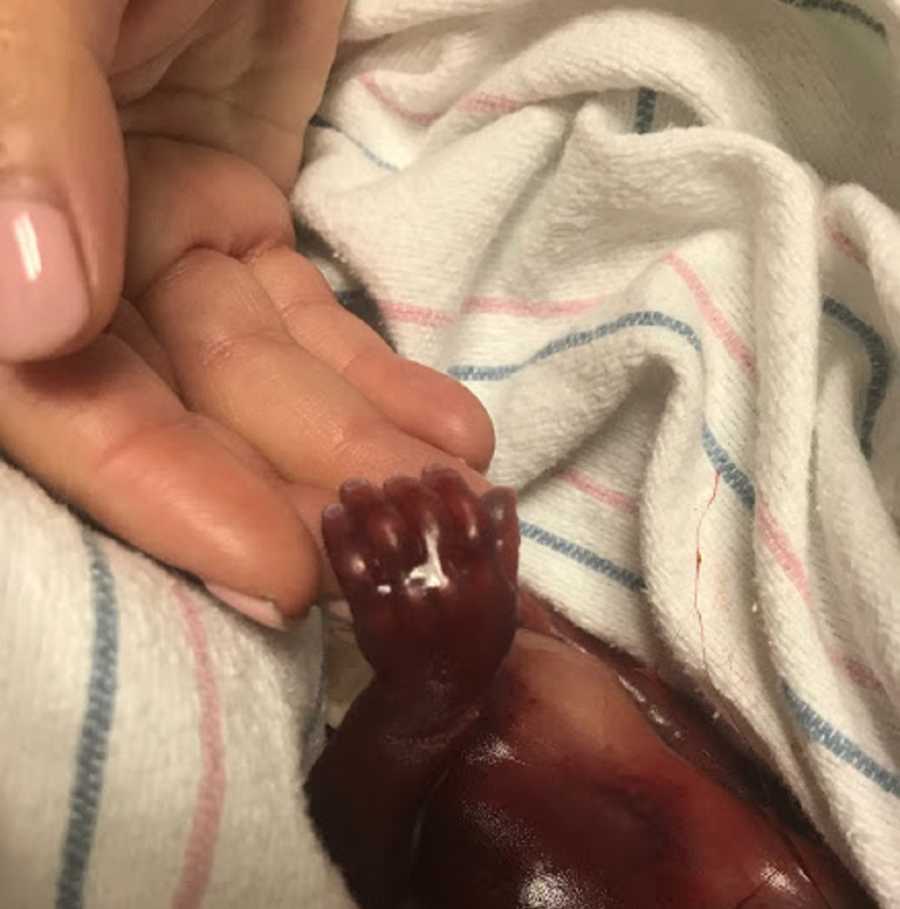 Baby Ian was dropped on the floor by the OB who delivered him, and their words were “It’s okay, you’re young, you’ll have more, YOU are okay.”

“My mom said she felt like he was going to be thrown away with all the trash – the way the OB handled Ian. Since Ian was so tiny, he kind of slid right out and they failed to catch him,” Kristal said.

No matter how tiny he was, Ian will never be forgotten.

We are sorry for the family’s loss and for what they had to go through.