A couple who have been married for more than six decades have been reunited after ill health and restrictions kept them apart from one another for 100 days.

Octogenarians George and Joyce Bell were admitted to hospital separately due to ill health.

Eventually they were well enough to be discharged, and moved into rooms at the Tollesby Hall Care Home in Middlesbrough to recover.

In a tearjerking moment captured last week, Joyce, who had recovered from a broken hip, was brought downstairs to be reunited with her husband. 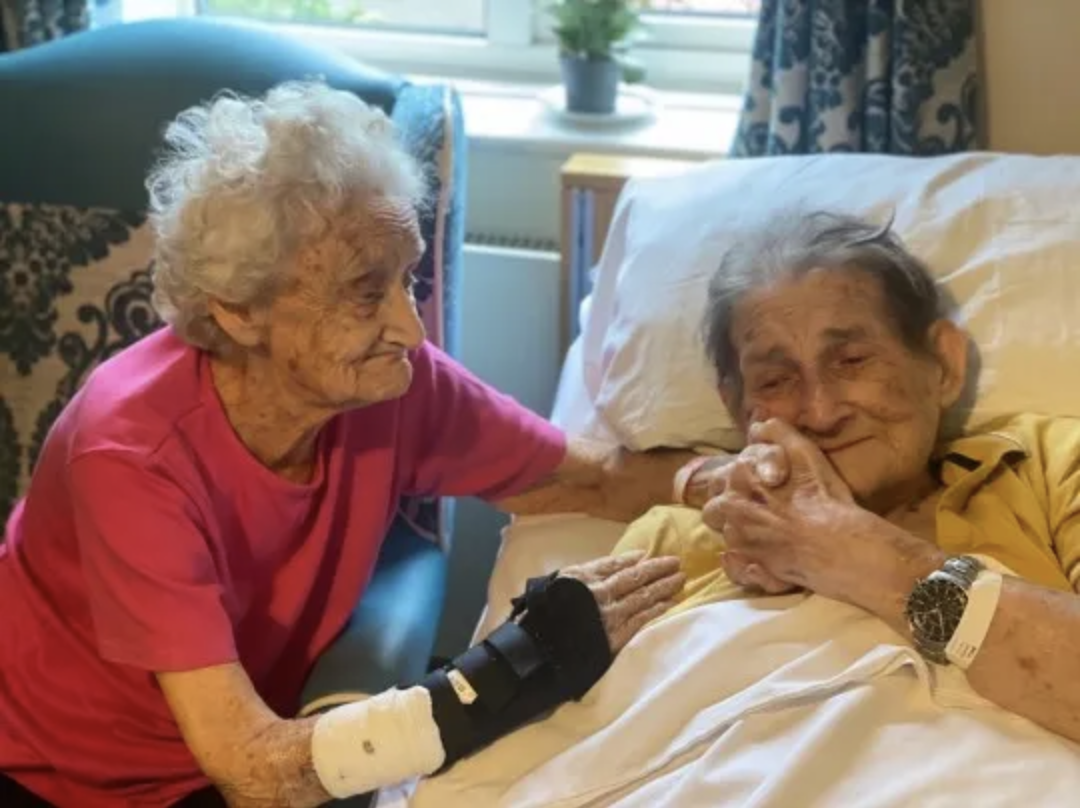 Joyce had previously told George that if he had to be taken into a care home she wouldn’t follow him.

But when she was discharged from James Cook University Hospital into Tollesby Hall Care Home and then told her husband would be joining her soon after, she was delighted.

Joyce told staff she couldn’t sleep for excitement at the prospect of seeing George and she felt ‘like a young girl again’.

Joyce, now 87, and George, 89, The couple grew up in Middlesbrough and lived on the same street, next door but one from each other. 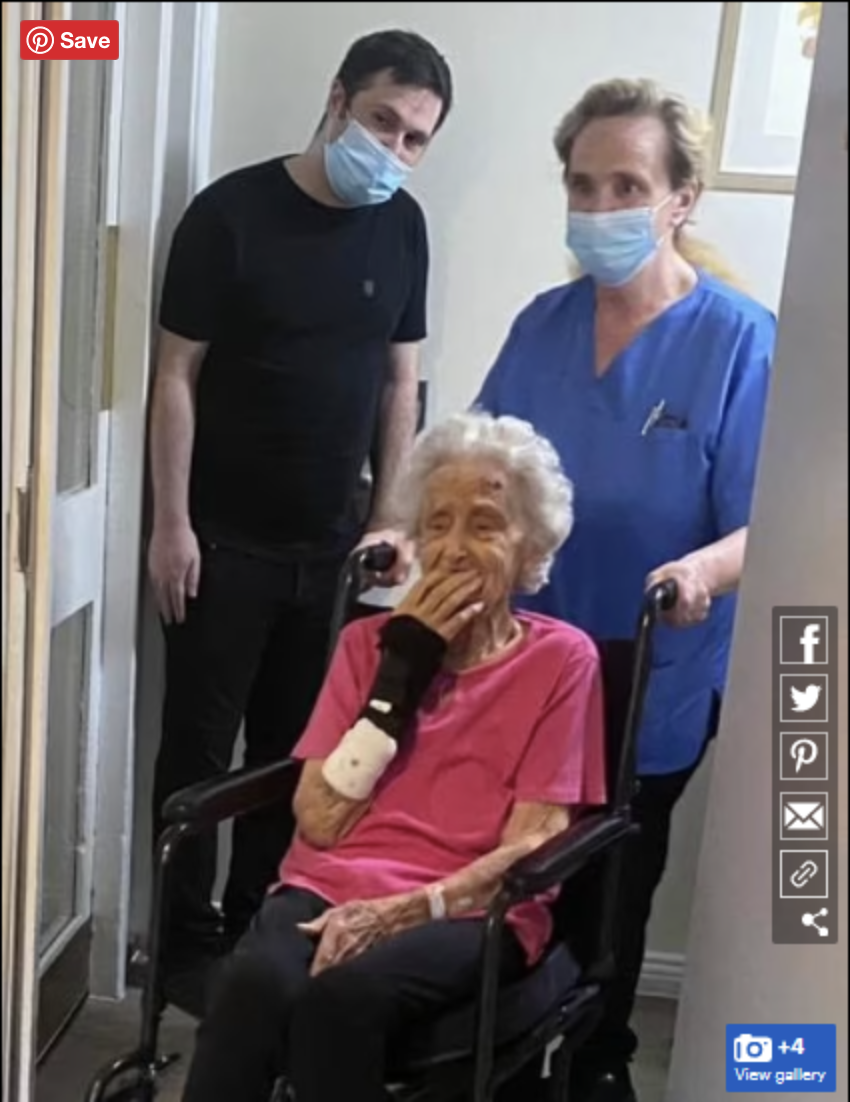 George was always playing tricks on people but went out of his way to help anyone he could.

They married 66 years ago when Joyce was 21 and George was 23 at St Cuthbert’s Church on Newport Road, which is no longer there.

When asked about the secret to a long marriage, Joyce said: ‘Let them have their own way and put your foot down, you have to with George.’

After his National Service at the start of their marriage, George was an electrician, an armature winder, which he loved, and he would make life-size models of engines as a hobby. 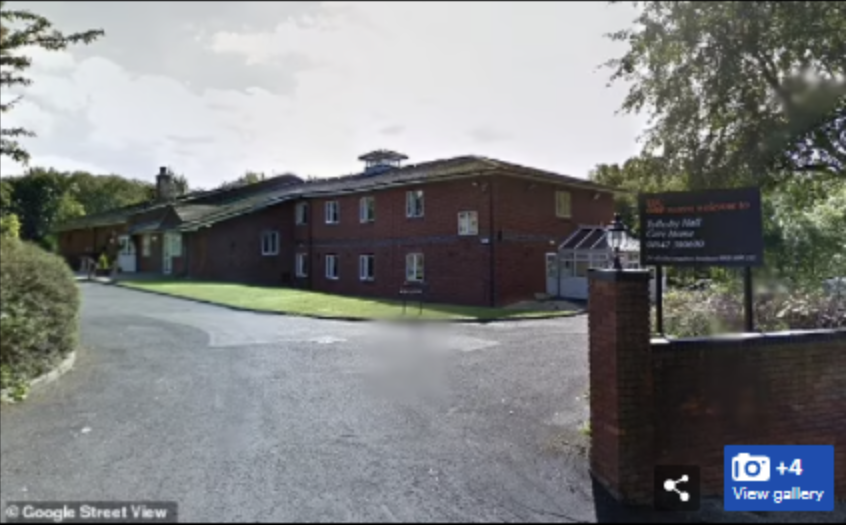 Joyce worked as a mobile window dresser and would go round all the big towns in the area to create the displays.

When she turned 65, she didn’t want to retire because she loved it so much.

For their Ruby wedding anniversary, George bought Joyce a beautiful ring that she will always treasure.

Before they were admitted to James Cook University Hospital, Middlesbrough, in June, they lived in a bungalow in Marton.

‘I made him make me a promise,’ Joyce said. ‘I told him if he ends up going into a home that I’m not going into one.’

But now they are in the nursing home to recuperate, the pair are both pleased with how well they are being looked after.

Joyce is recovering well from her broken hip, and the staff take her downstairs to visit George every day.

Rachel White, activities at Tollesby Hall Care Home, said: ‘With the support from the team here at Tollesby we were able to reunite George and his wife again.