Jody Thompson knew he had to foster the boy from one of the worst calls he ever responded to, and when the parents had a baby in jaiCop called to house to neglected 8-year-old boy opens the door to see the bot stuffed in a corner saved by the copl, he and his wife adopted her too. He shares the family’s updates in his own words 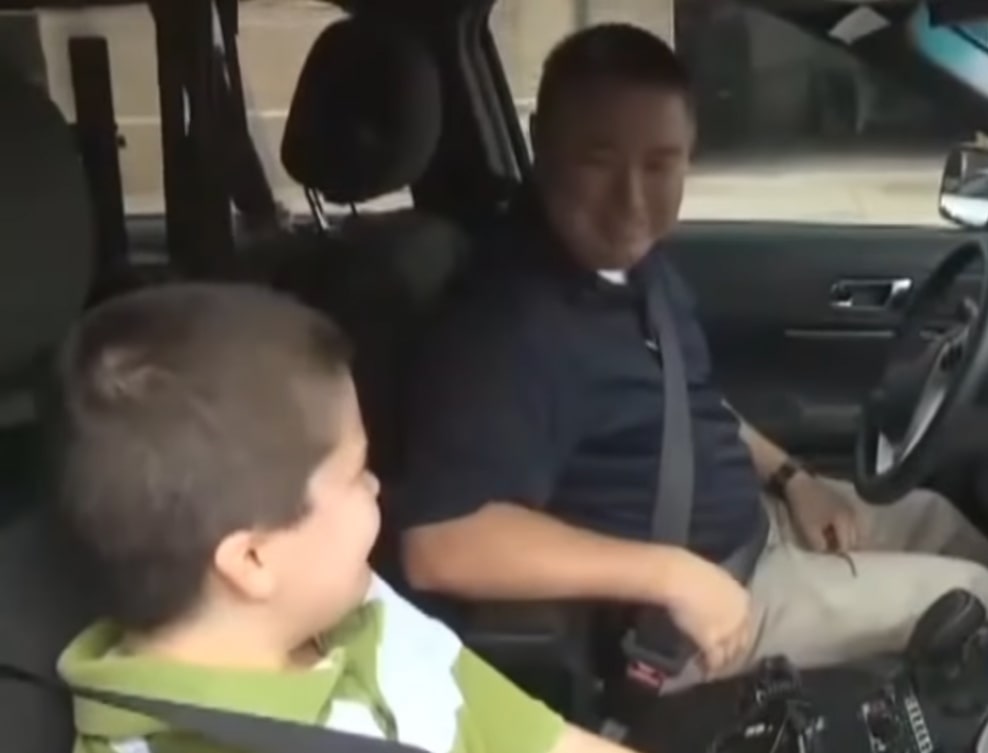 Poteau, Oklahoma police officer Jody Thompson lives in the house he was raised in with his wife of 22 years, high school sweetheart Jeannie.

On April 28, 2015, he was off duty, but heard a child abuse call come over the police radio that he thought he may be able to assist thanks to his background in investigating child abuse cases for the district attorney’s office, prior to joining the police department.

Unable to walk away from the terrible abuse he saw, he ended up adopting the boy, John, and his infant sister, Paizley, in 2017. This is his story, told in his own words to PEOPLE. 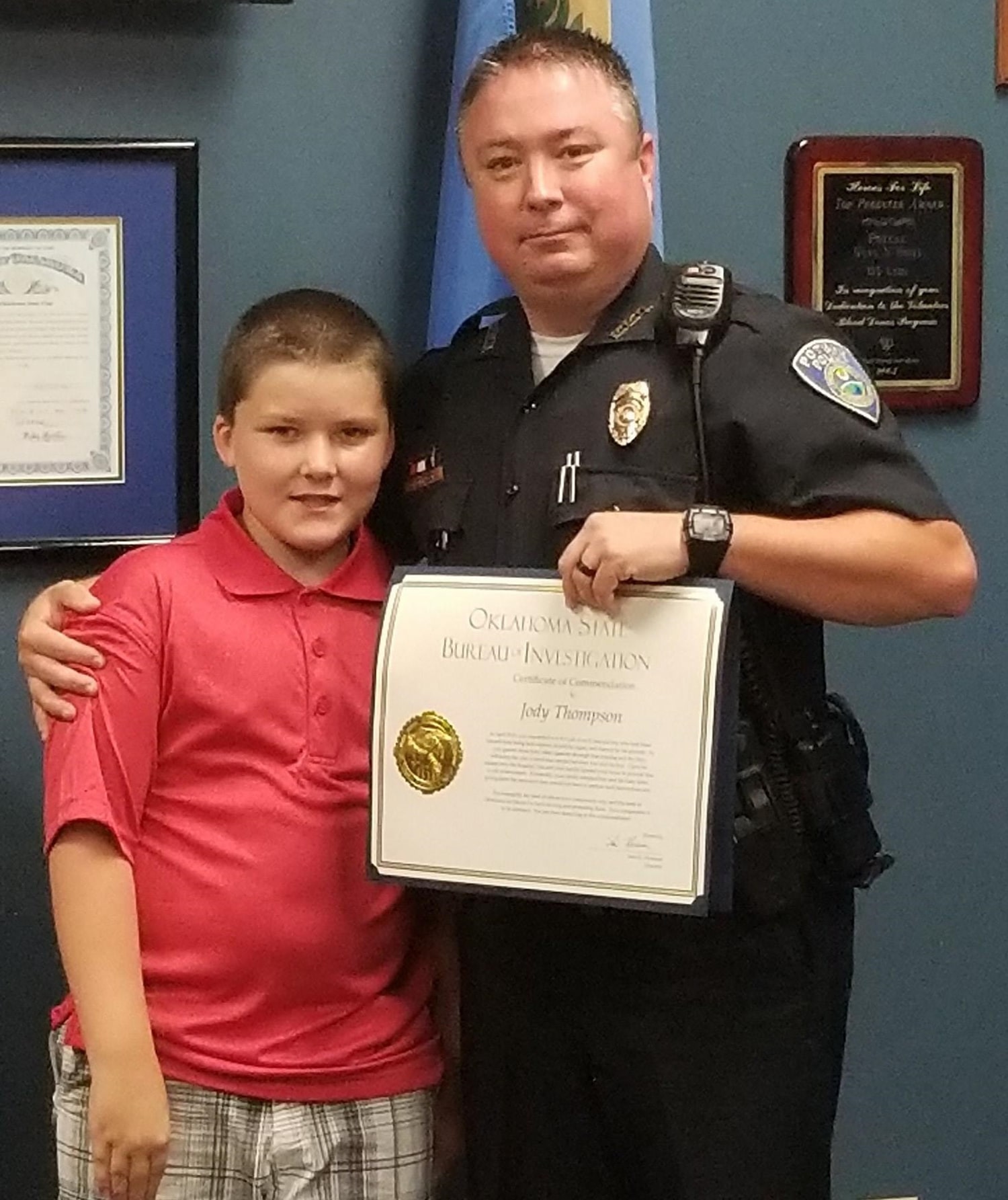 Once I went into the house, I see this little boy, he was facing me, sitting on a couch, I’ll never forget.

He was shivering, the kid he was shaking so bad, I guess probably shock and cold because he was soaking wet. He had a knot on his head the size of a tennis ball that that I’ll never forget.

He was obviously malnourished, you could see every rib in his body, and he was in bad shape. His hands were bound by belts, it was a pretty horrific scene.

An ER doctor later testified that he couldn’t find a two-inch square on John’s body that didn’t have a cut, a bruise, an abrasion in some stage of healing.

Listen below to Me Becoming Mom to hear Jillian Michaels’ adoption journey and her unique road to motherhood.

I was with him for mere seconds when I scooped him up, got him in my car and put him in protective custody.

I took him to the emergency room, and he weighed just 61 pounds. They went ahead and decided to put him in intensive care.

I stayed with him, never left his side. I had separated from the law enforcement side of it. I’d realized that I’d already gotten too involved in this to be objective.

I’ve done some crazy cases in my career, but this was one of the craziest. It was bad. 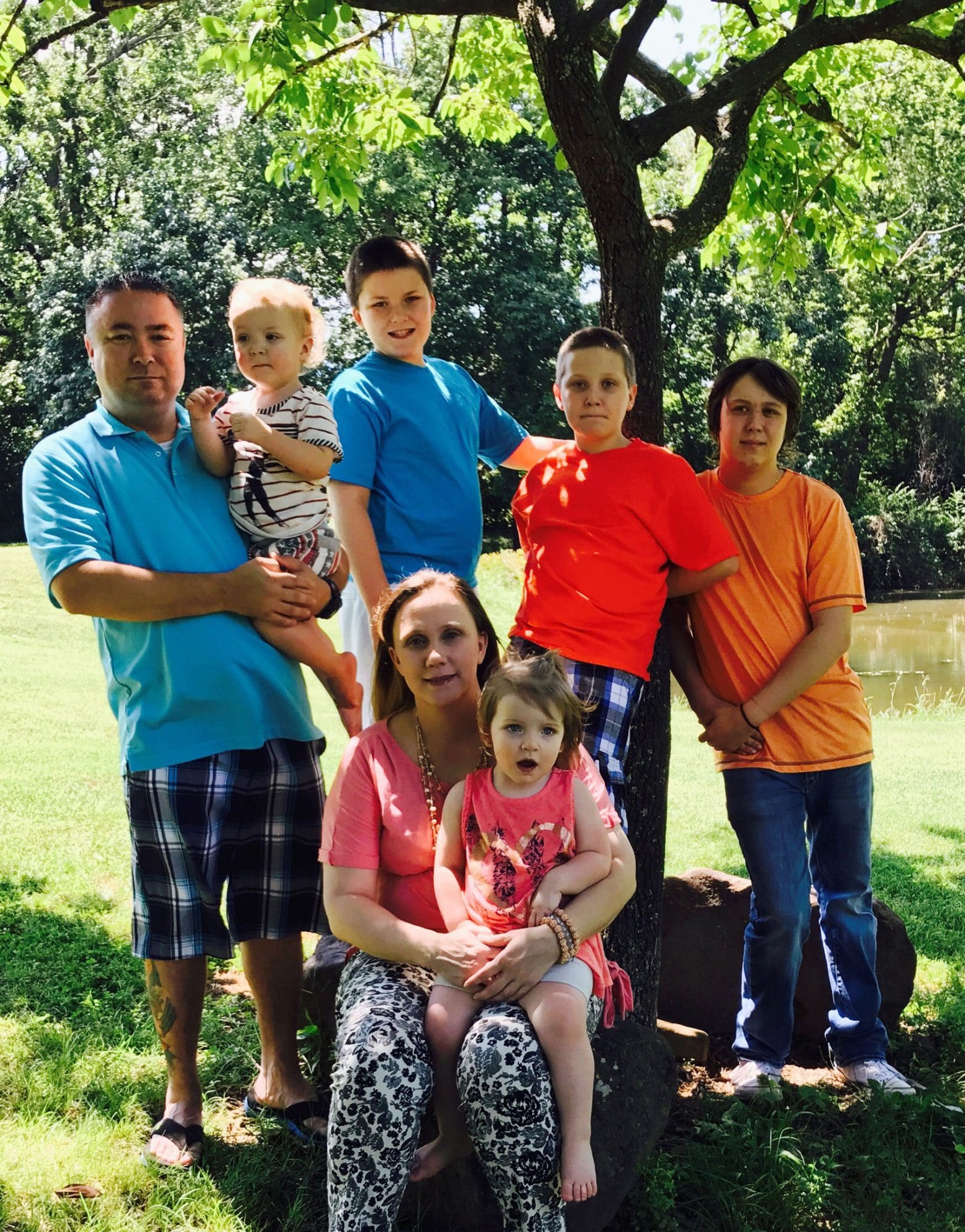 I learned that at his mom and dad’s they started water abuse with a shower head, spraying him in the face. When he got bigger, they’d put him in a small gray storage bin with anything out of the freezer, juice or cold peas or frozen vegetables, to make the punishment more severe.

And then we find out mom comes up with the idea to put a good sized trashcan inside the house and they’d raise the water up to about his nose level and put cold articles in it from the freezer.

But that day was different. They tied his hands together. He was held by his feet and put in headfirst until he quit fighting. They put the lid on the trashcan that day and put stuff on top of the lid. They told John they was going to the store to get ice.

As soon as he heard the truck leave, he just stood up, got out of the trashcan. He was locked in from the outside so he climbed out of a window and went to the neighbor’s house [who called the police].

The parents would each be charged with two crimes, child abuse by injury and neglect, and each were sentenced to 35 years. 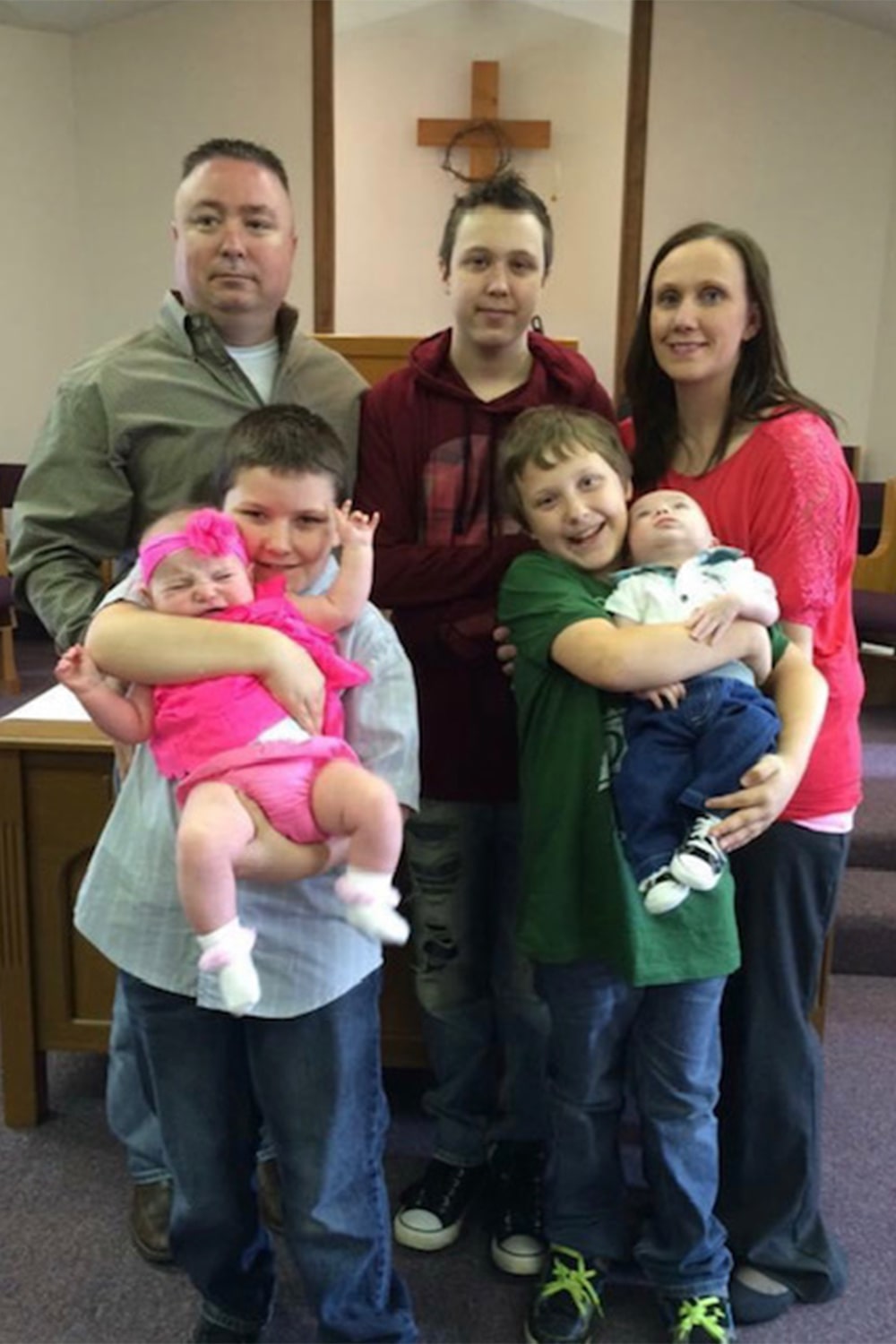 After about two days John was released from the hospital and he went to a traditional foster home here in Poteau. And I couldn’t get him out of my head. I couldn’t stop thinking about him, if he was being treated right, if he was getting taken care of. There was no way that I’d ever be able to relax until I knew he was safe. And the only way I could guarantee him being safe was with me.

At the time, me and my wife, we had two sons of our own: Ryan was 16 and Charley was 8. I made some phone calls and filled out an application to become a foster parent and three days later they let me pick him up.

November is National Adoption Month, and PEOPLE is celebrating by highlighting the many extraordinary ways families can grow via adoption, featuring real stories from celebrities, everyday parents and adoptees, as well as information on the varied ways to adopt. For more heartwarming, heartbreaking and happy-ending stories, visit our Adoption page. 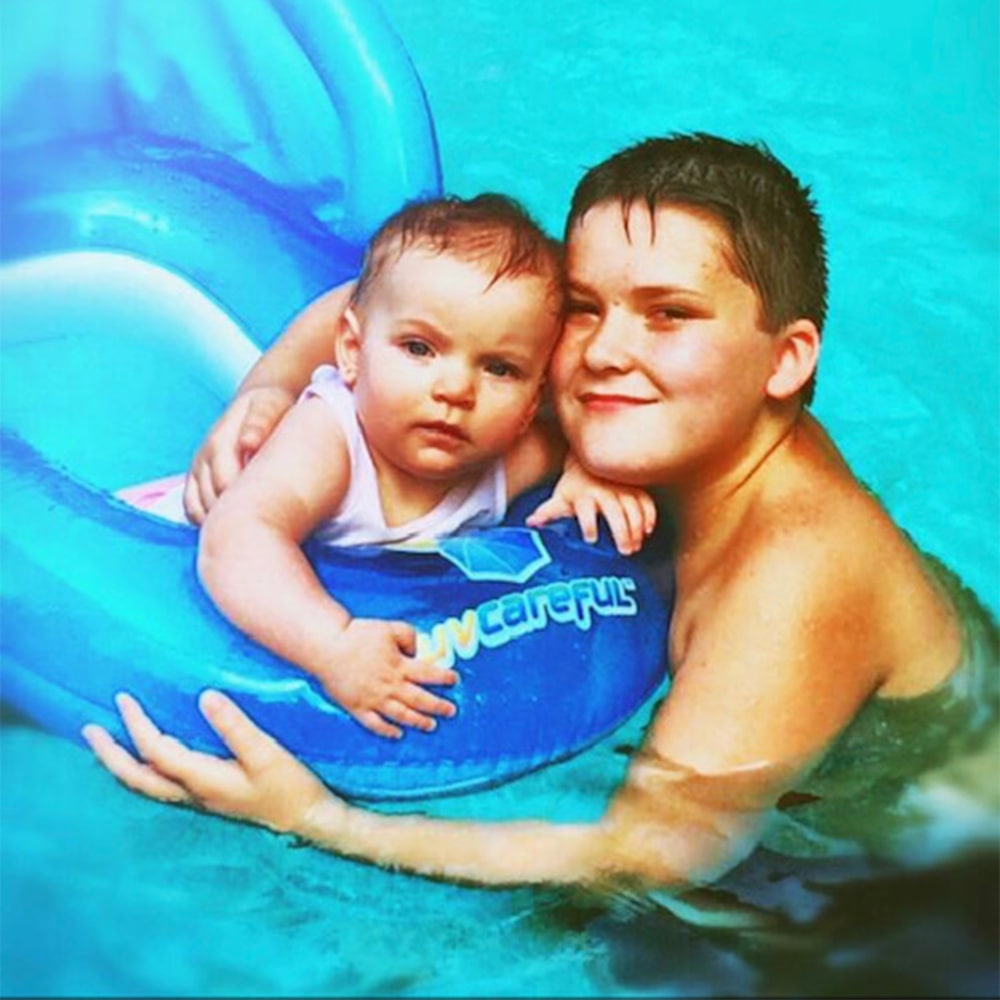 Jeannie: And then two days later, we found out that we were pregnant with our third son.

When we brought John home, we’re trying to get as normal as we can get. John and my son Charley, they’re only six weeks apart in age. So they’re the same age, same grade, two second graders. They were best friends and all that. But it didn’t take long for the sibling rivalry to kick in!

Jody: On November 3, 2015, I was with John’s caseworker on a separate child welfare case, when she gets a phone call.

She said, ‘I just got word that John’s mother had a baby in jail. What are we going to do?’ I said, ‘What do you mean what are we doing to do? I’m going to pick her up.’ The very next day, on the 4th, we picked her up from the hospital. 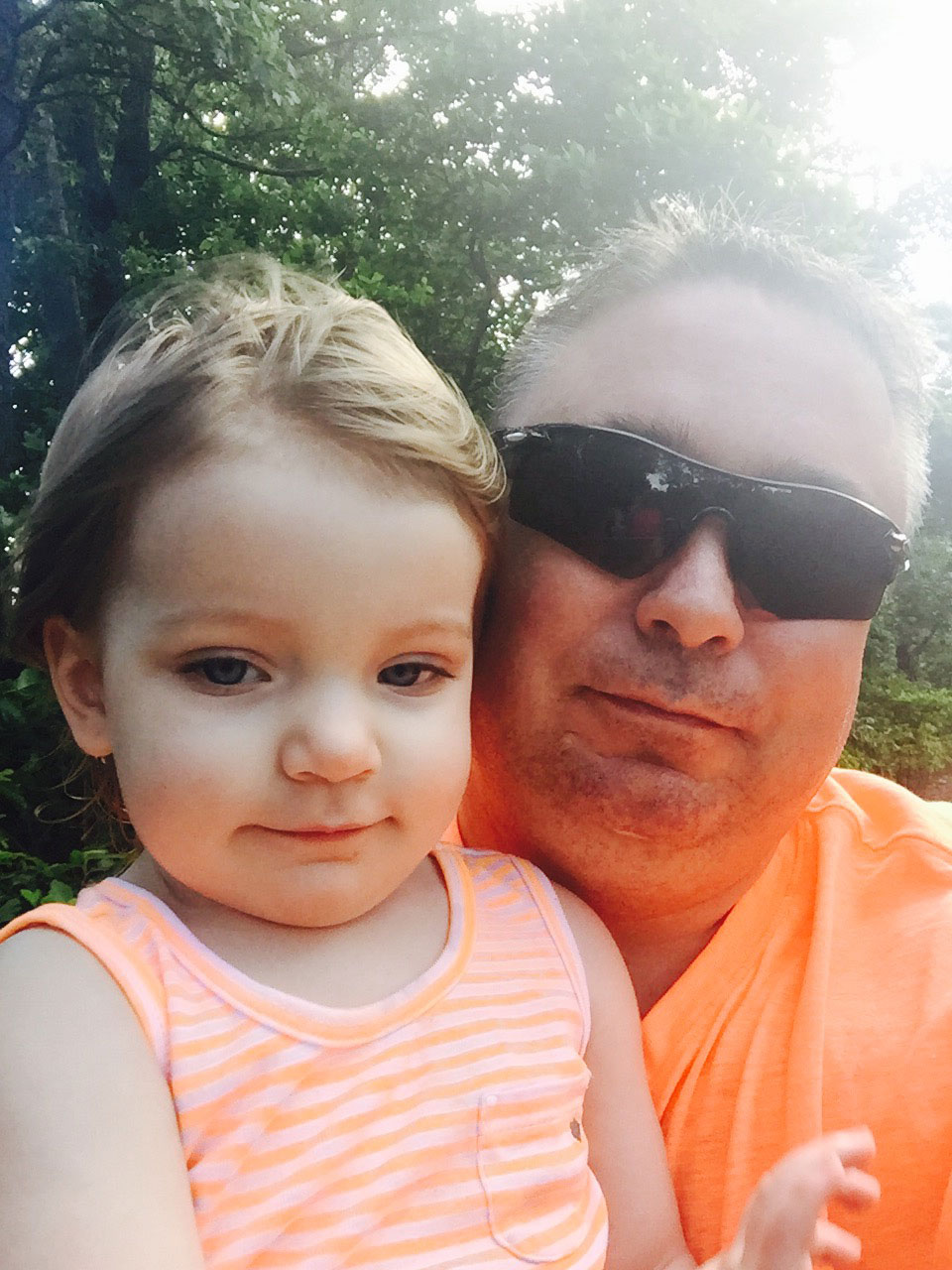 Jeannie: And I was about six weeks out from having Zaven, he was born December 14th, 2015.

Jody: Early on, it was panic mode. I was one of six, and I always thought my parents were crazy having that many kids.

So when John came along, I was comfortable that we were led by God in the right direction to do this, I wasn’t fearful then.

But when Paizley came along, that was the first sign of panic. I thought, ‘We might have overdone this.’ But we just figured out a way.

My police department, this entire town of Poteau, Jeannie’s co-workers at the crisis center where she had been a domestic violence counselor, my family, my siblings, just everyone rallied around us and we’ve never had an issue.

I think that’s probably what they needed at the time. God knew that, they’re doing really well. 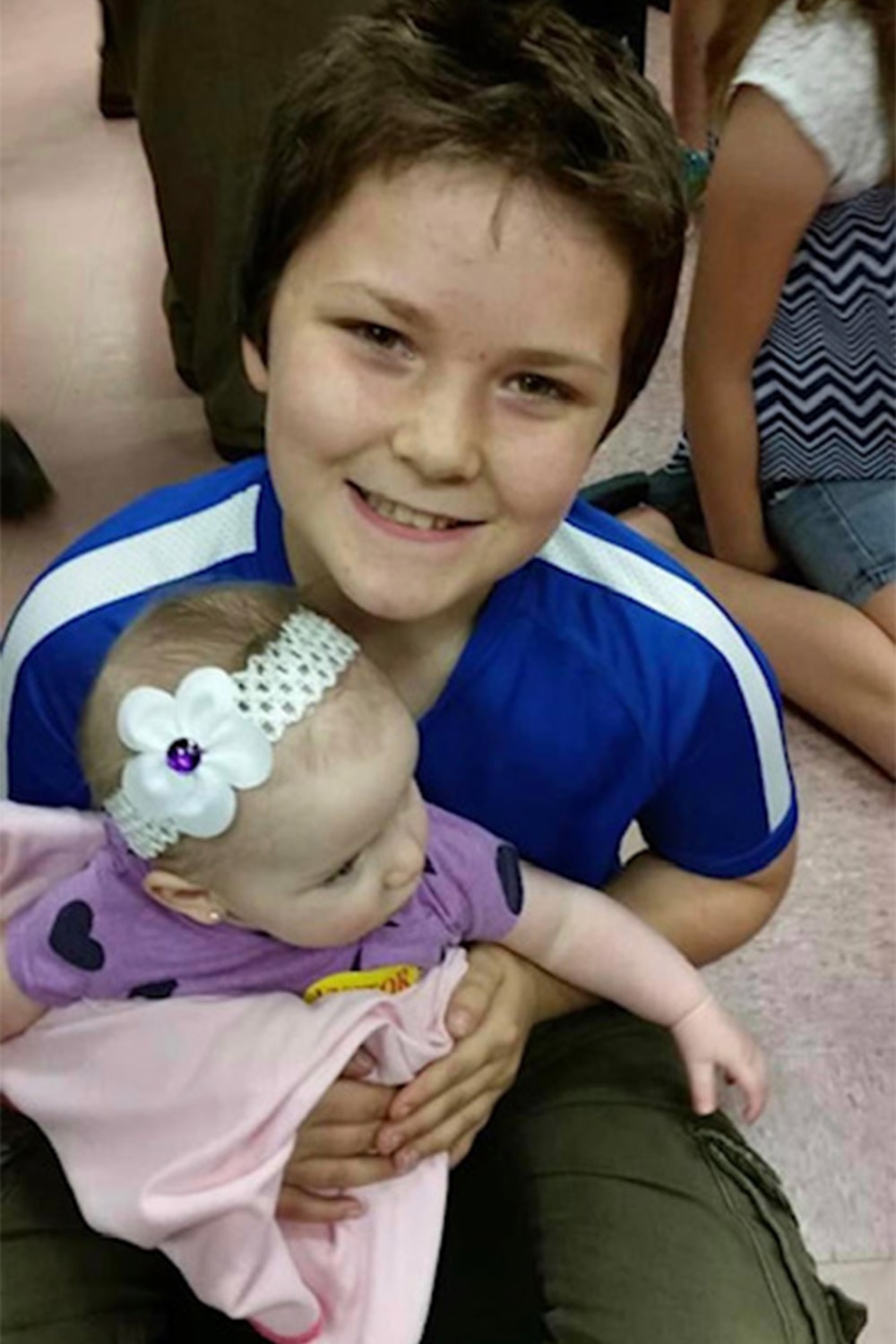 We formally adopted John on August the 18th of 2016, and Paizley on February 16th of 2017. Paizley just turned six and she doesn’t have a clue what happened. That’s what we’re working on with counselors and with professionals.

Jeannie: When is the right time? Because we just want her to be mature enough to understand it.

Jody: We’re really working hard on John to let him know that this, it was a bad thing that happened, but it doesn’t define who he is.

Jeannie: John did go through some trauma therapy and did really well with that. We obviously had to deal with hoarding of food, with him being malnourished and not knowing when his next meal was going to come. He’s doing much better now with the food issue.

Jody: Jeannie and I both promised him, ‘You’ll never have to worry about food in this house. It will always be there.’ He’s a straight A student now and pretty active. He does marching band and drama and the thespian group and all of that. He is doing really well.

John: This happening has given me a lot of opportunities to do the things that probably I wouldn’t have gotten to do, find the things that I like and have the ability to pursue what I like. And my parents, they care.