Among Johnny Depp’s legal team, Camille Vasquez has undeniably put in all effort to prove the actor’s innocence, having been labeled as a wife beater.

Miss Heard is, in fact, the abuser, and Mr. Depp is the abused.”

Camille pointed out expert accounts of Heard being diagnosed with Borderline Personality Disorder and called her “a deeply, troubled person who is desperate for attention and approval.” 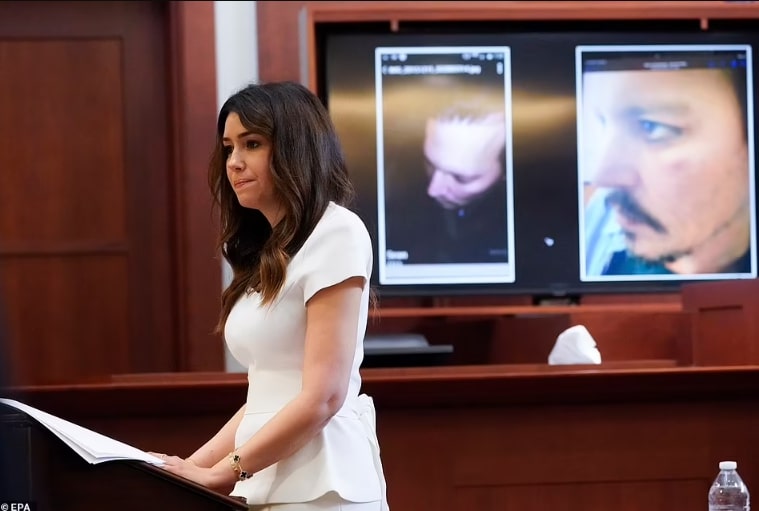 She added: “It is six years ago to the day that Amber Heard filed a restraining order against Depp, which ruined the actor’s life.

On May 27th, 2016 Miss Heard walked into a courthouse in Los Angeles, California, to get a no notice ex-parte restraining order against Mr. Depp and, in doing so, ruined his life by falsely telling the world she was a survivor; of domestic violence against Mr. Depp.”

‘Today, on May 27, 2022, exactly six years later, we asked you to give Mr. Depp his life back by telling the world that Mr. Depp is not the abuser Miss Heard said he is and hold Miss Heard accountable for her lies.” 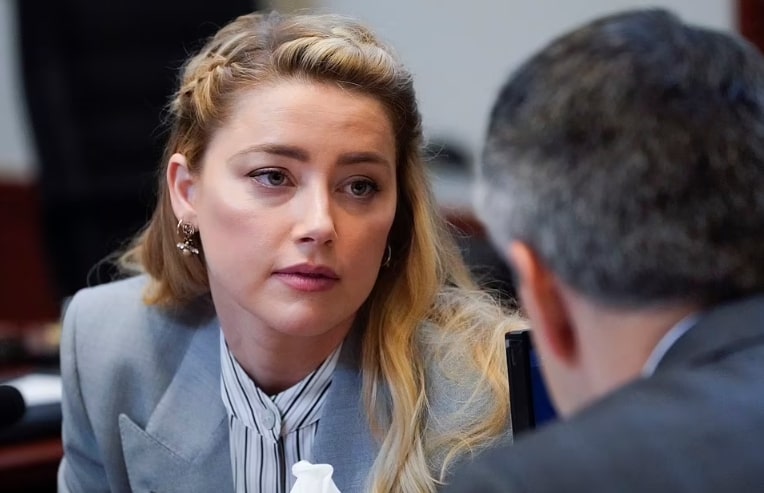 Six years ago today, Miss Heard filed a false report of domestic violence against her husband of 15 months, Johnny Depp.

It was a setup; she tipped off the paparazzi so they would be waiting. They knew where she would pause’ and show off her bruise,” Camille stated.

The attorney insisted the photos capture what they wanted her to see – the image of a battered woman and that the dark mark on her face appeared six days after seeing Depp. 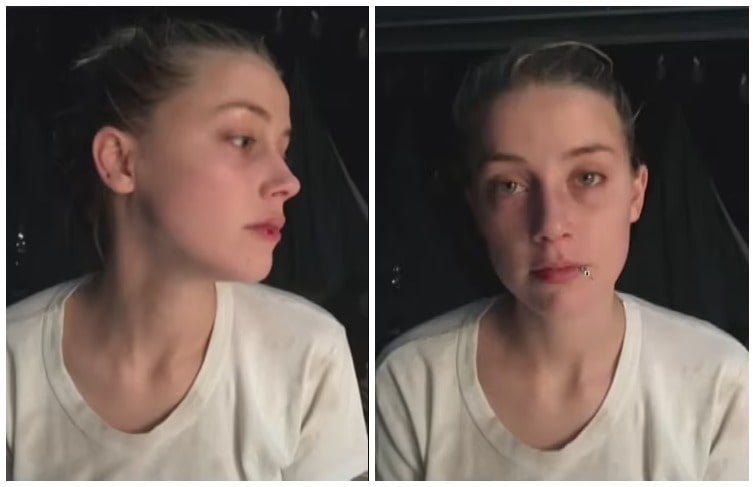 She continued: “It was a lie, she knew it, Mr. Depp knew it, and multiple witnesses who saw her that week knew it. The world only saw what she wanted them to see.”

The court was then shown the cover of People Magazine that displayed Heard’s bruised face, and Camille said: “Two years later, when promoting the biggest role of her career until this trial, Miss Heard presented herself as a public figure representing domestic violence.”

Of Heard’s allegation, the attorney claimed they are “wild over the top and implausible and you can’t pick and choose which of these to believe and disregard. You believe all of it, or none of it.” 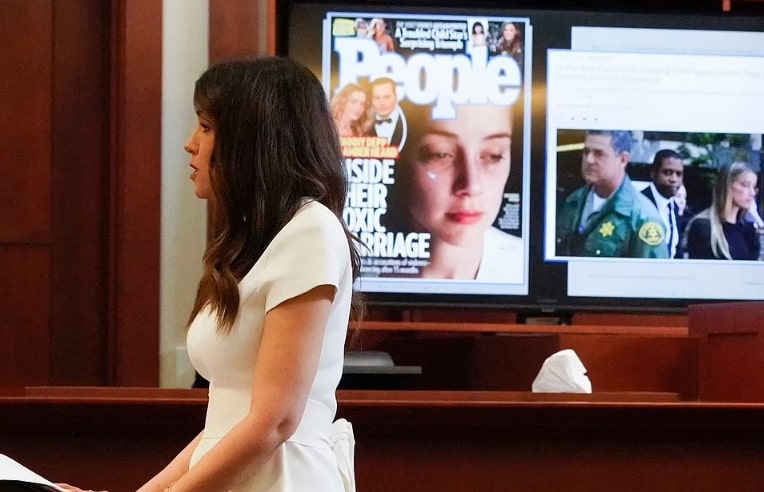 ‘Either she’s a victim of truly horrific abuse or a woman willing to say absolutely anything. It is disturbing to think Miss Heard would make up the horrific tales of abuse she testified to in this courtroom.

Abuse is a reality for ‘far too many women, but the overwhelming evidence and weight of that evidence show it’s not her story; it’s not Miss Heard’s story.

It was an act of profound cruelty, not just to Mr. Depp but to true survivors of domestic violence. It was false, it was defamatory, and it caused irreparable harm.”

Camille further told the court that they’ve heard from Miss Heard herself, including multiple audio recordings where she admitted being physically violent to Depp. 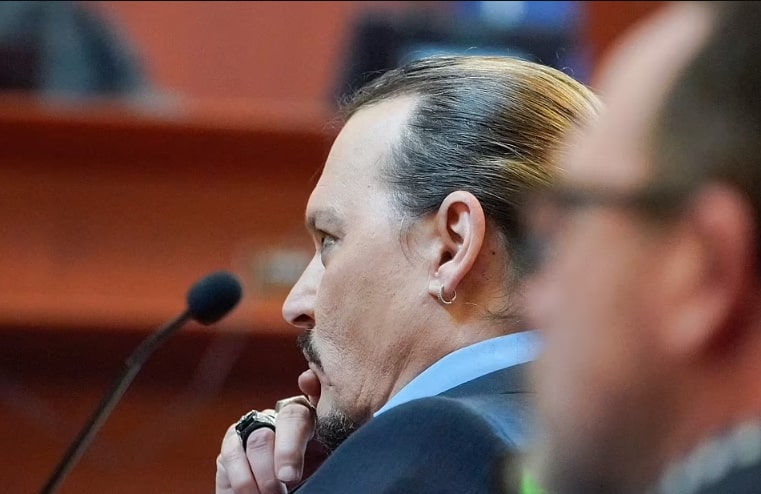 “Take a minute to think about what you heard there. Imagine that was Mr. Depp saying that to Miss Heard. This is the real miss Heard in the audio recordings.

What you didn’t hear in a single audio recording was Mr. Depp ever admitting to hitting, punching, or kicking Miss Heard. You didn’t hear it; it didn’t exist. It didn’t happen.”

Camille spoke of an event in 2016, saying when Heard found Depp wanted to end the relationship, she went on the attack & sent a list of financial demands.

When the demands weren’t met, Heard landed Depp a blow more damaging than anything physical by accusing him of abuse. Camille said: “She didn’t just want a divorce; she wanted to ruin him.”

According to the legal star, Heard has lied upon lies, including saying in interviews that she gave away all of her $7milllion divorce settlements to the ACLU and the children’s Hospital in LA. “When you catch Miss Heard in a lie, she covers it up with more lies.” Next up was Heard’s claim that Depp was an abusive monster, & she’s a public figure of domestic abuse. Camille told Heard, “We told you this would be a performance, the role of a lifetime as a heroic survivor of brutal abuse.”

“It was a performance. She told you what she thinks you need to hear to convict this man as a domestic abuser and a rapist.

She wants you to believe she was abused countless times over the entire course of their relationship. The evidence does not bear that out.” 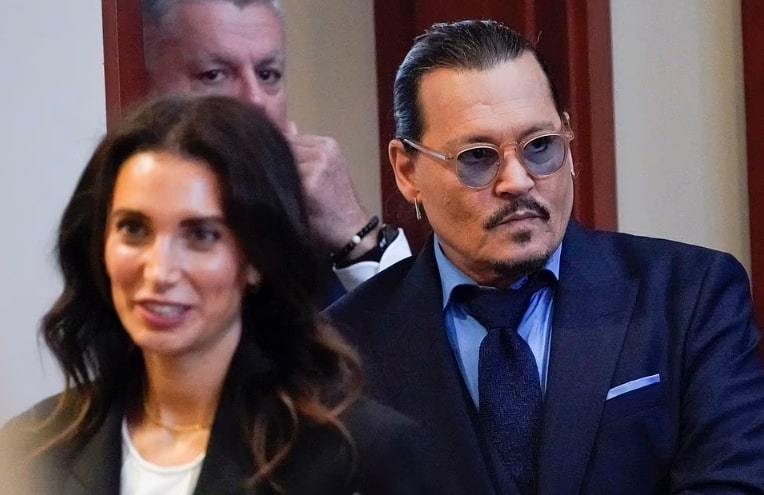 Camille concluded by walking the jury through incidents in which Heard claims she was beaten up; they included the December 2015 attack where she claims Depp head-butted her, leaving her with two black eyes, a broken nose, and chunks of hair missing.

Of an incident in Australia where Heard claims that Depp violently raped her with a bottle, Camille said that “there was a monster in that house but it wasn’t Mr. Depp, it was Miss Heard.” 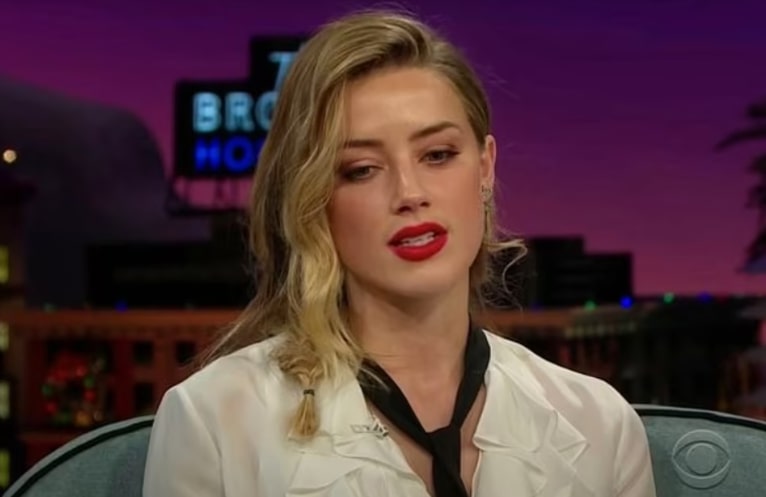 She continued: “All the evidence shows Miss Heard attacked and grievously wounded Mr. Depp, throwing a bottle at him and severing his finger.” However, before closing, arguments were launched Judge Penney Azcarate had told the jury that their names would be sealed for a year due to the ‘high-profile nature of the defamation trial.