Caitlyn Jenner became one of the most prominent athletes in the 1970s. She won a gold medal and set a new world record at the 1976 Olympics in Montreal, and after her career was over, jobs in the entertainment business followed.

But as of today, Caitlyn has been in the spotlight for coming out as transgender and taking hormone treatments for a gender transition. Her decision was courageous, and as of today, Jenner has turned into a role model for many.

But at the same time the former world-class athlete still feels that the “old Bruce” still lives inside of her. This is all you need to know about Caitlyn Jenner! 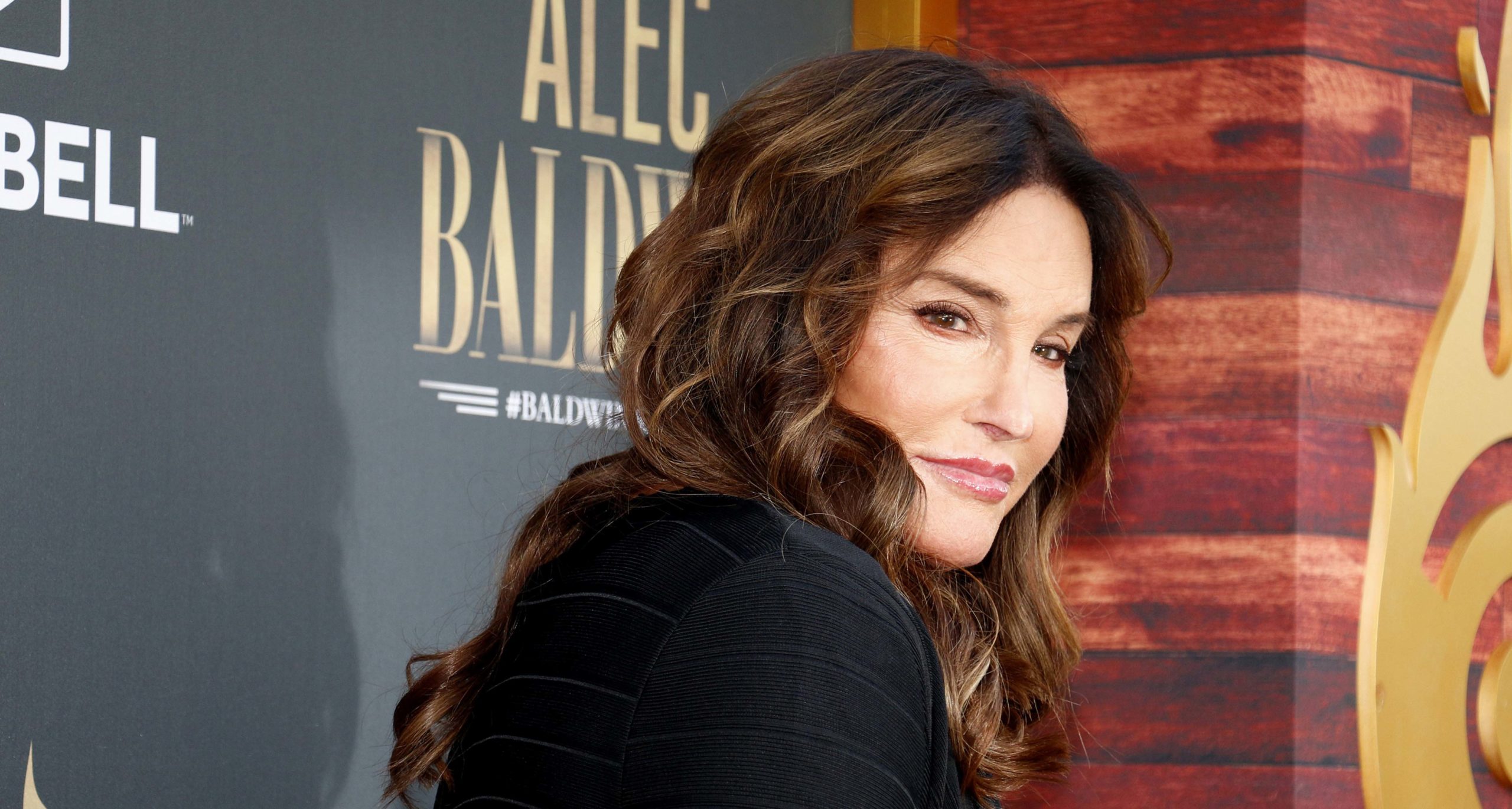 Caitlyn Jenner was born William Bruce Jenner on October 28, 1949, in Mount Kisco, New York. As a youngster, she struggled with dyslexia, but even though it was tough, athletics was a savior for her. Throughout her childhood, Caitlyn found great success in sports, as she turned out to be a huge talent in many sports.

During her high school days, Jenner excelled in football, basketball, and water skiing. But it was track and field that would become her true passion.

From the beginning, however, Caitlyn received a football scholarship from Graceland College in Iowa. But once there, a knee injury took her off the field, and instead, she switched to track and field.

As mentioned, Caitlyn was a very gifted athlete, being named the Most Valuable Player of her high school basketball team, football team, and track team. But at the same time, already at that point in her life, she struggled with gender identity.

“I look at guys and I go…’ He’s comfortable in his own skin,’” Jenner recalled. “And I thought, ‘Wouldn’t that be a nice way to go through life?’ I look at women all the time thinking, ‘Oh my God, how lucky are they that they can wake up in the morning and be themselves. But me, I’m stuck here in the middle.”

Caitlyn Jenner’s track coach in college, L.D Weldon, convinced her to start training for the Olympic decathlon – a combined event in athletics consisting of ten track and field events. The coach was an expert in the very demanding track event, and he saw Jenner as the perfect person for it. 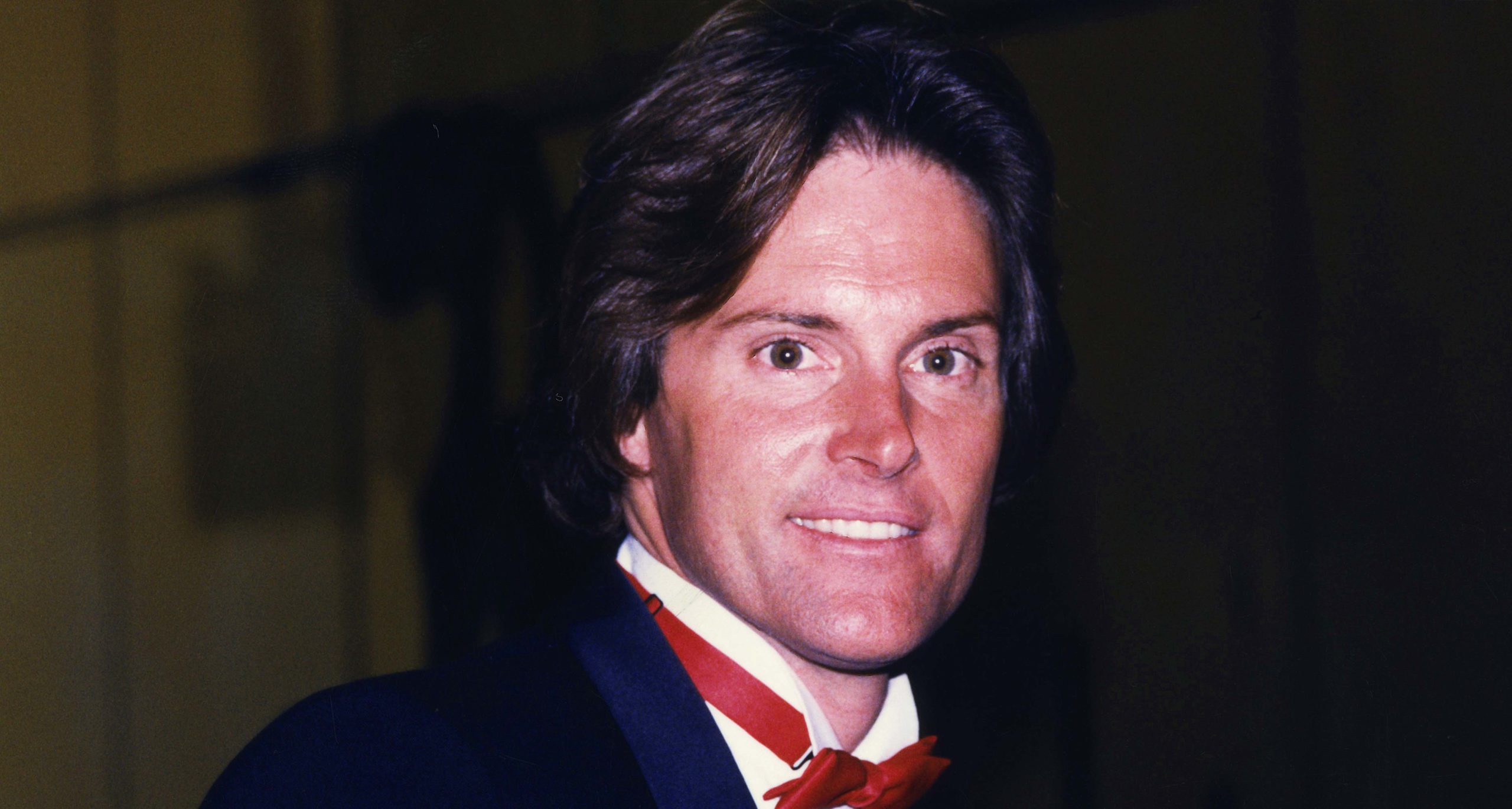 In 1971, Caitlyn came out of nowhere and won the Kansas Relays. A year later, she made the US Olympic team, finishing 10th in the Olympic decathlon in Munich.

That was a considerable achievement, but Jenner knew she could do even better. So she began an intense training regime, practicing eight hours a day – every day – for the next four years.

Once it was time for the Olympic Games in Montreal, Canada, in 1976, Jenner was ready.

As the US was in a very rough period – regarding the aftershock of Vietnam, Watergate, and several other big problems – Jenner’s Olympic gold was an important thing. They was treated like a bigger-than-life American superhero and became a symbol as at the time they were masculine with long lionlike flowing hair.

She was hailed as the most outstanding athlete in the world. But at the time, even though they became a symbol of masculinity, they felt like a woman when they received the gold medal. 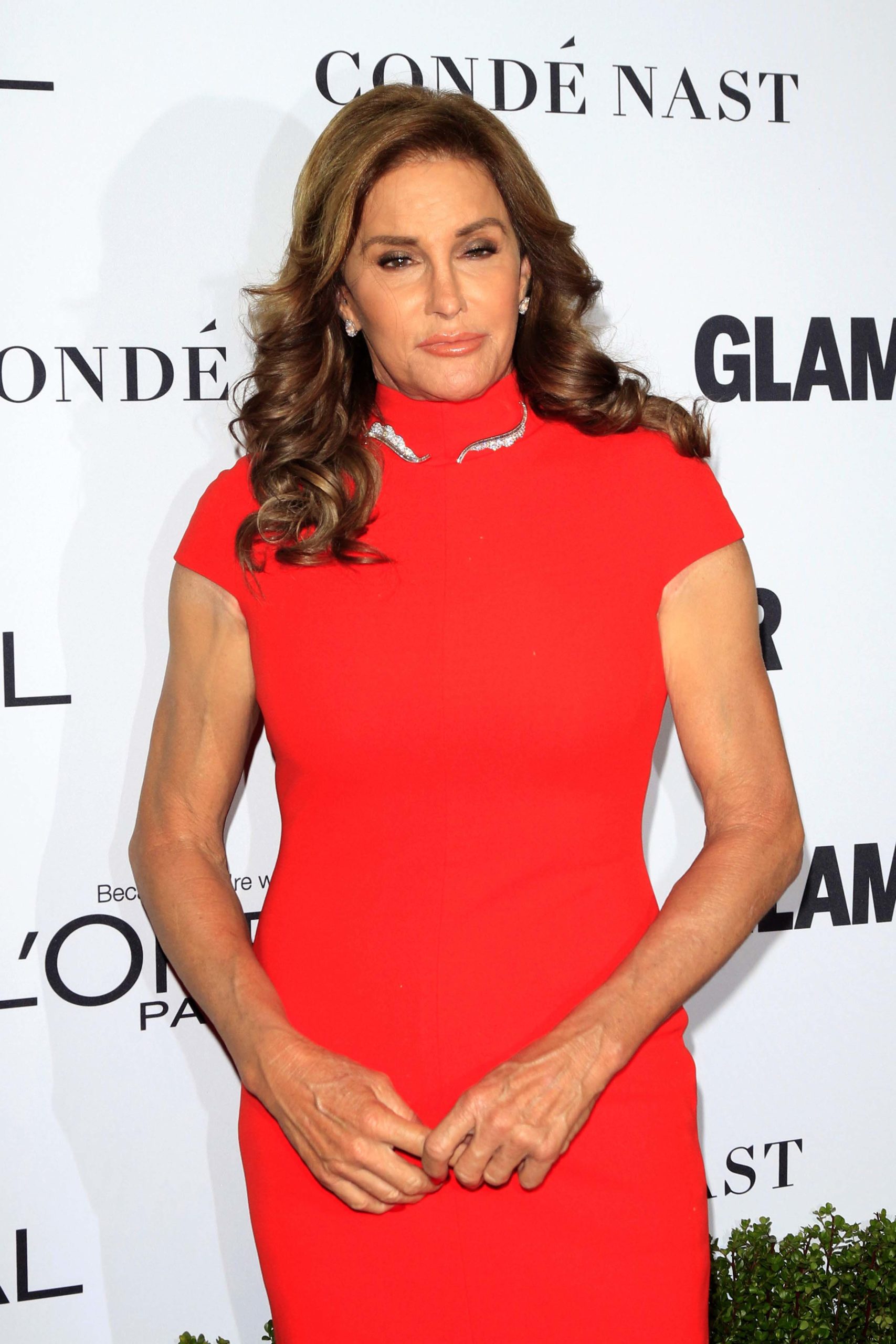 “I see a confused person at that time, running away from my life … with big-time fear,” Caitlyn told ABC. “[I was] scared to death. I didn’t realize what my future held at that time.”

“That is me. That is her,” she added, referring to her gender identity. “[you can be a woman] and still kick butt.”

“I was totally empty inside”

Because of the massive victory in the Olympics, Caitlyn Jenner didn’t only become an American hero. It also meant fame was inevitable, and once she got back to the States, everyone wanted a piece of her.

Jenner got plenty of endorsement deals, becoming a sort of a national brand. Further, she appeared in ads and television shows – and even movies.

However, behind the brand that at the time was Bruce Jenner, she was a different person.

In 1977, Jenner got picked in the seventh round of the National Basketball Association draft by the Kansas City Kings. But as she stood on stage, taking in the fame, chants, and applause, nothing of that really mattered.

“I walk off the stage, and I’d feel like a liar. And I would say, ‘F*ck, I can’t tell my story,” she recalled. “There’s so much more to me than those 48 hours in the stadium, and I can’t talk about it.’ It was frustrating. You get mad at yourself…. Little did they know I was totally empty inside. Totally empty inside.” 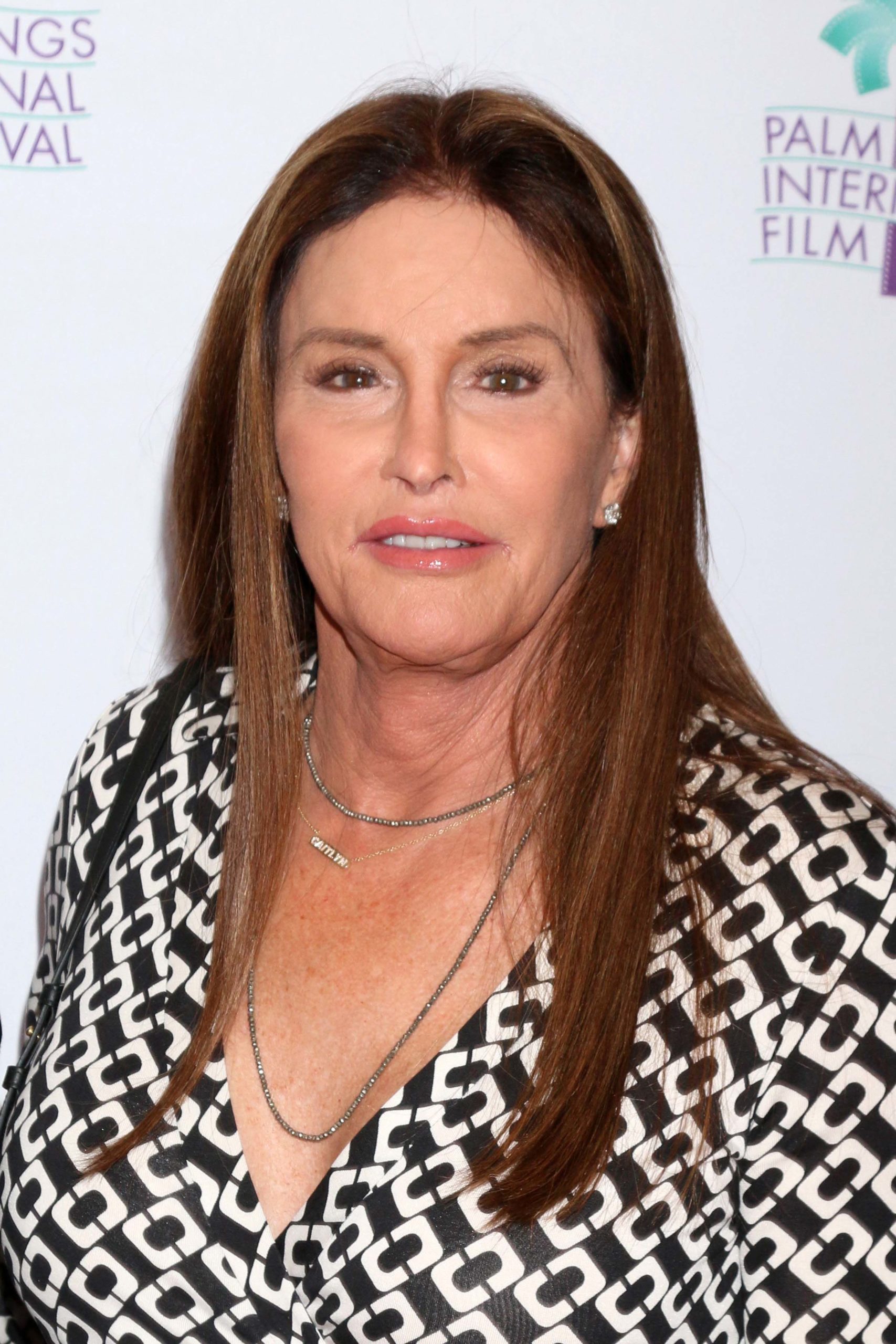 Seven years before the Olympic success – in 1971 – Caitlyn Jenner had married college sweetheart Chrystie Scott. She worked as a flight attendant while Jenner sold insurance at night, and she was all in on helping her then-husband reach their Olympic dream.

Their first child, Burt, was born in 1978, and two years later, the couple welcomed their daughter Cassandra. However, as Chrystie was pregnant with Cassandra, the couple had already split.

Speaking to ABC, Jenner said that Chrystie was probably “the first one to know” about their struggles with gender identity.

“I didn’t go heavily into it back then,” Caitlyn explained. “I said ‘these are my issues. This is what I deal with.’ And they think I do a little cross dressing, I do a little of this, a little of that, you know, ‘it’s going to be fine, we’ll work all this stuff out.’”

Despite Jenner’s struggles with gender identity, she kept it inside of her. In 1981, she married Linda Thompson, with whom they had sons Brody and Brandon Jenner. Five years later, the couple divorced.

Later on, Caitlyn revealed that her gender identity struggles actually were partly to blame for the two splitting up. But despite their marriage ending, Thompson was clear that she was always to support Caitlyn.

“My hope is that his transition will inspire others who struggle with their identities, and my prayer is that humanity has evolved and been educated enough to exercise kindness toward those we may perceive as ‘different,” she said. 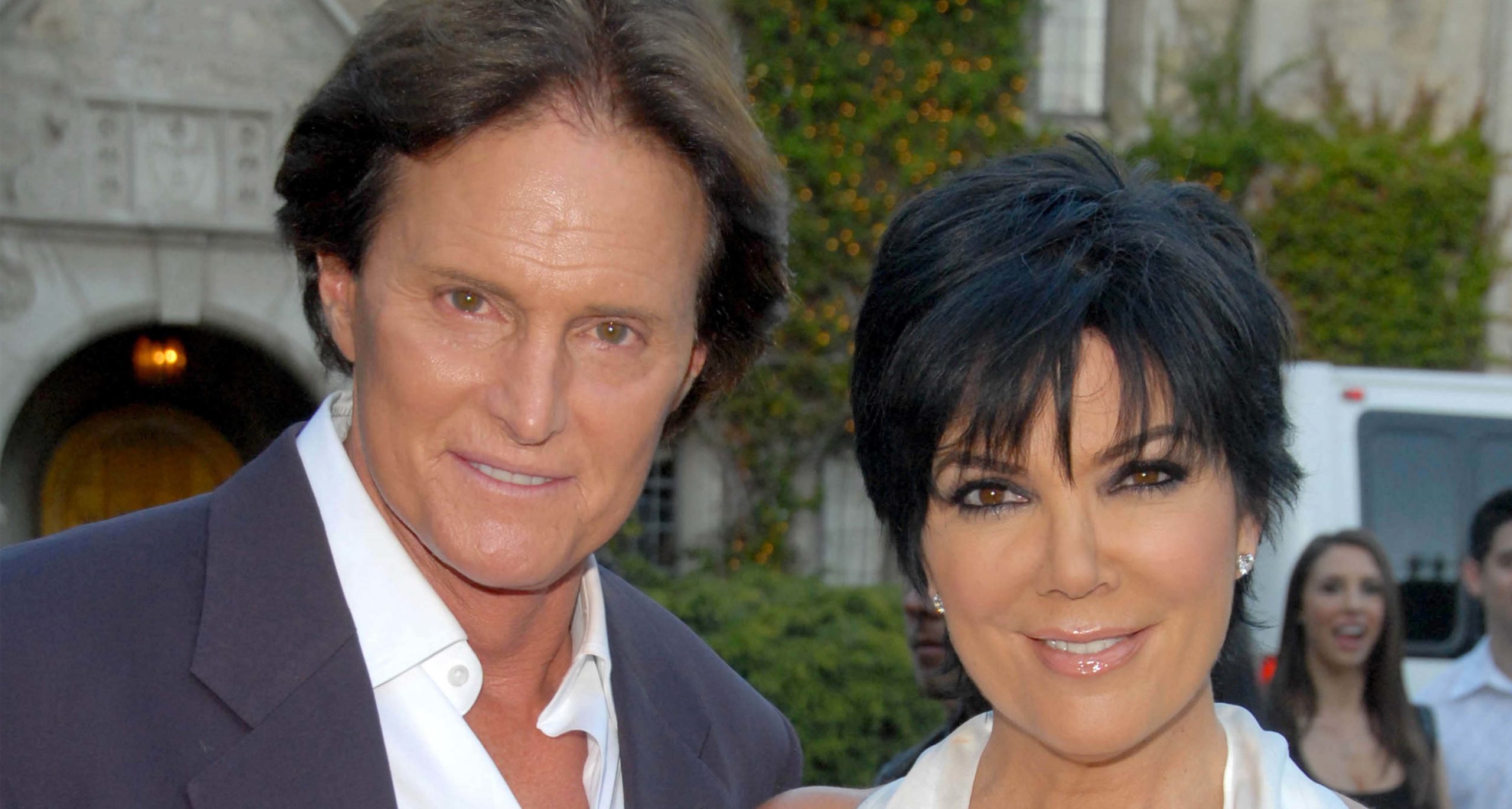 After splitting from Linda, Caitlyn Jenner decided to get professional help as she was battling depression. Also, in the late 80s, she began taking estrogen, as well as going through a nose job and electrolysis to eliminate facial hair.

Moreover, she had started to grow breasts, as she initially planned to fully transition before her 40th birthday. But Jenner decided to stop the process at 39.

But if there is one thing Caitlyn Jenner was – and still is – it’s brave. She decided to tell her older sister Pam about the gender crisis she went through – and it was the first time a family member heard it.

However, several of her family members had trouble understanding her.

In 1991, she tied the knot with Kris Jenner. They were married up until 2015. Caitlyn had her most famous children, Kylie and Kendall Jenner, with Kris.

Kris and Caitlyn’s union lasted for almost two decades. Their family became hugely popular as they, in 2007, were signed for the reality show Keeping Up With The Kardashians, in which Caitlyn also appeared. But she still felt like a fraud for living like a man. 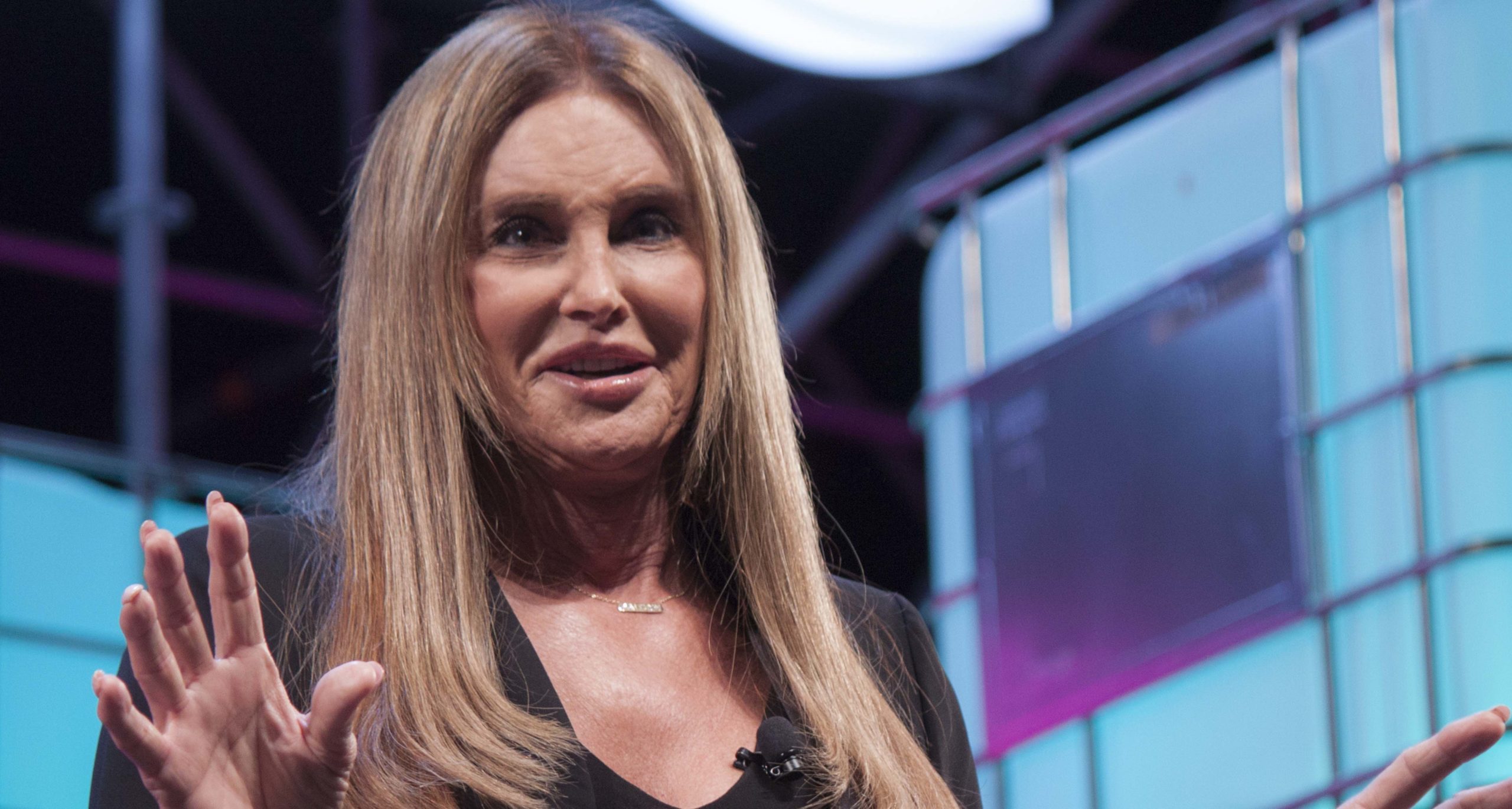 In 2013, Kris and Caitlyn separated. Four months later, she resumed her transition without telling her children.

Jenner was worried about how her family would react to the news since they were unaware of her plans.

“That night I thought, ‘oh, it’s, like, over. Heart’s pounding… and I thought wouldn’t the easiest thing to be right now,” Caitlyn Jenner recalled.

In 2014, Kris and Caitlyn’s divorce was finalized. She opened up to all of her children about her transition. She got massive support from all of them.

As of today, Caitlyn Jenner has embraced her new life, which sure is way different than before. Kendall and Kylie will sometimes still call her “dad.” However, she said she had no problems with it, despite the confusion.

“I know we had a talk a few years ago and you were ok with us still calling you dad. How do you feel about that now,” her daughter, Kylie, asked Caitlyn in a video on her Youtube channel:

“I feel it was one of the best decisions I made. Sometimes this community can be pretty tough, especially when it comes to pronouns, and everybody’s got an opinion,” Caitlyn replied.

“But I really felt from the beginning that I’ve got to do it my way that works for me, and everyone out there can do it their way that works for them. Some people would say, ‘You’re the mother’, but I’m not. I’m the dad, I’ve been the dad the whole way, I will be their father until the day they die or I die.”

Even though it’s been more than five years since Caitlyn Jenner transitioned, she still believes that “Bruce” lives inside her. Just like before her transition, she still enjoy things that Bruce liked, such as going car racing or flying planes.

According to Celebrity Net Worth, Caitlyn Jenner has a net worth of around $100 million.

Caitlyn Jenner is a fearless person and a role model for many. Please, share this article on Facebook with friends and family!