Anyone who doesn’t believe that police officers work in a risky profession is delusional.

Police officers must constantly be on guard and cautious since they never know what they are up against.

What do people do when issues arise? They make a police report.

This means that while negotiating risky circumstances, officers must be prepared to defend themselves against aggressive individuals.

But one Dawson County, Georgia, police sergeant was caught entirely off guard.

He provided the homeless man with a ride to the petrol station and even some cash. He was acting in a charitable manner.

The situation soon worsened, putting the life of Sgt. Randy Harkness, 52, in risk. 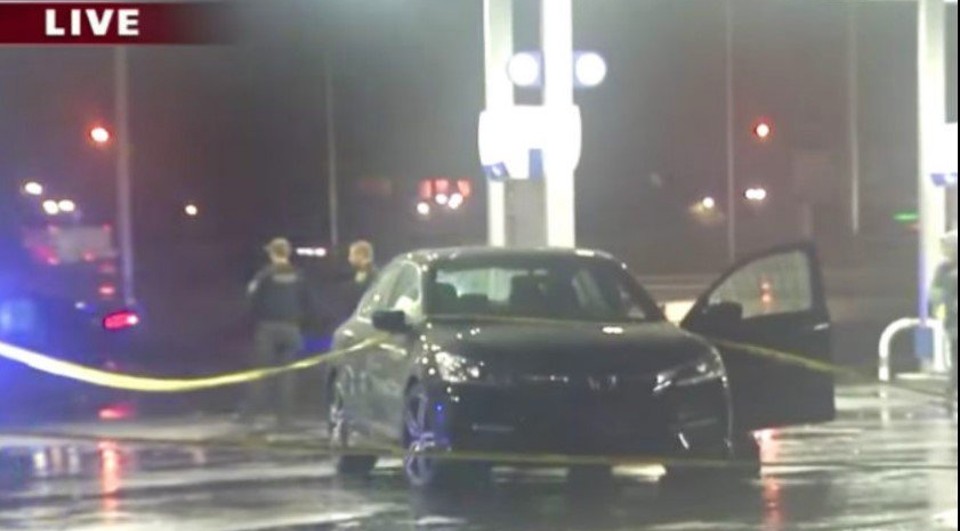 The homeless man grew angry when the police sergeant attempted to offer him some cash. He reacted angrily and started punching the helpful policeman in the face.

The policeman was unprepared since he did not anticipate that his good faith gesture would backfire so swiftly. He sustained facial injuries from the homeless man’s continuing lashing out at him.

Fortunately, a female bystander was present. She saw the aggressive guy punching the police officer in the face. She hurriedly exited her car and fired a firearm that she was lawfully carrying.

The gunshot caused the aggressive suspect to flee. A second round was fired at the homeless man by the female bystander as he ran away from the site of the brutal crime.

In the end, at least one of her shots struck the suspect. And Sgt. Harkness is incredibly appreciative that she intervened to assist him.

Police officers always appreciate when civilians provide assistance, despite the fact that their primary duty is to protect and serve their communities.

The woman is now referred to as a hero by the Dawson County Sheriff.

SHERIFF JEFF JOHNSON TOLD FOX 5 ATLANTA, “I TRULY BELIEVE THAT SHE’S A HERO.” I THINK SHE MAY HAVE SAVED THIS OFFICER’S LIFE. HOW FAR THE SUSPECT WOULD HAVE GONE WITH THE ASSAULT IS UNKNOWN TO US.

It is unlikely that the police will press charges against the woman because she stepped in to save the officer. However, as is normal, the incident is still being investigated.

Other onlookers got out of their cars and joined the brave woman after the culprit attacked them. They praised her for her courage in being the first to come forward and defend the police sergeant.

Until backup arrived and he could be apprehended, these onlookers detained the homeless attacker.

The suspect and Sgt. Harkness were both taken to the hospital.

This tale serves as a reminder of the second amendment’s potential applications.

The police sergeant would not have survived the unexpected attack if this woman hadn’t been authorized to carry a gun. We simply are unaware.

In any case, the Sheriff’s office appreciates that she offered her assistance when it was needed.

How do you feel about this brave woman’s willingness to stand up for the policeman?