A lot of things have come to light since the story regarding the disappearance of Gabby Petito first broke.

One thing that yet remains unsolved, however, is the whereabouts of her fiancé – and the only person of interest in her murder – Brian Laundrie.

Gabby and Brian had embarked together on a cross-country road trip, only for the latter to return to Florida in early September. Gabby, meanwhile, never returned home – her parents filed a missing persons report on September 11, having not heard from their daughter in 13 days.

Her case quickly gained traction and before long word of her disappearance had found its way into every newsroom in the US.

A large-scale search operation began, with numerous individuals coming forward to say that they had witnessed Gabby and Brian arguing during their travels.

Tragically, Gabby’s body was eventually discovered in Wyomings Bridger-Teton National Park, prompting an outpouring of grief from virtually all who had followed the case.

A coroner’s report thereafter confirmed that her manner of death was homicide, though her cause of death is not expected to be revealed for weeks to come.

After the finding of Gabby’s remains, attention shifted to Brian Laundrie, who had perhaps tellingly hired a lawyer and was refusing to talk to police regarding Gabby and her whereabouts.

The 23-year-old had been staying at his parents’ home in Florida, but is said to have vanished in the days leading up to Gabby’s body being found – his parents say he told them he was going hiking.

At present, Laundrie is the only person of interest in Gabby’s slaying.

A host of authorities, including the FBI, are actively searching for Laundrie. Others such as John Walsh, of America’s Most Wanted, and Dog the Bounty Hunter, celebrity bounty hunter and former bail bondsman, have pledged their services to the effort.

Gabby Petito's father asked social media users and the media to give the same attention they did to his daughter to other missing persons. “This same type of heightened awareness should be continued for everyone,” he said. https://t.co/cHXJ1t2ry2

In fact, Dog the Bounty Hunter – real name Duane Chapman – claimed that he alone had gotten over 1,000 tips as to Laundrie’s whereabouts only a day or two after appearing at the home of the young man’s parents to begin his search.

He then said that he would not be sharing said tips with the police, but reaffirmed last week that he feels as though he’s closing in.

On Wednesday, Dog said: “We’re here at the island. This would be and could be the perfect spot for him to hide. Not too many people out here but there’s a lot of environmental things that we’re going to fight.

Dog the Bounty Hunter said “They were registered, went through the gate. They’re on camera. They were here," he told Fox News #GabbyPetito #BrianLaundrie pic.twitter.com/ds22fdUVVh

Just earlier this week did a hiker traversing the Appalachian Trail in North Carolina claim that he was sure he had spoken to Brian Laundrie on Saturday morning.

53-year-old Dennis Davis explained how the two had crossed paths on a deserted road, saying of his encounter: “There is no doubt in my mind I spoke to Brian Laundrie — none whatsoever.

“Dog the Bounty Hunter’s daughter sent me an audio file of Brian’s voice and the voice was the same I heard.”

As per Davis’s account, he was waved down by a man appearing dazed and confused where the Appalachian Trail runs nearby the border of North Carolina and Tennessee.

Said man pulled up his car alongside Davis and asked for directions to California via backroads only. Davis, a father of four, said the man, who matched Laundrie’s physical description, was acting skittish. He is said to have rambled about having had a fight with his girlfriend.

UPDATE: Audio of Dennis Davis explaining his encounter with who he claims was #BrianLaundrie pic.twitter.com/RvHlaPW6Du

“He said ‘man, I’m lost.’ I said ‘what are you trying to find?’ and he said ‘me and my girlfriend got in a fight but she called me, told me she loves me, and I have to get to California to see her.’

“I said ‘well, I-40 is right there and you could take it west to California’ and he said, ‘I’m just going to take this road into California’,” Davis explained.

“He was worried and not making sense.”

As the days pass and the operation to find Brian Laundrie builds continued steam, speculation is mounting as to the potential involvement of Laundrie’s family when it comes to aiding his escape from the authorities.

The Laundrie family home has been bombarded by protesters, though Laundrie’s parents – Chris and Roberta Laundrie – have continually denied any involvement. They reported their son as missing a whole three days after he was last seen on September 14. 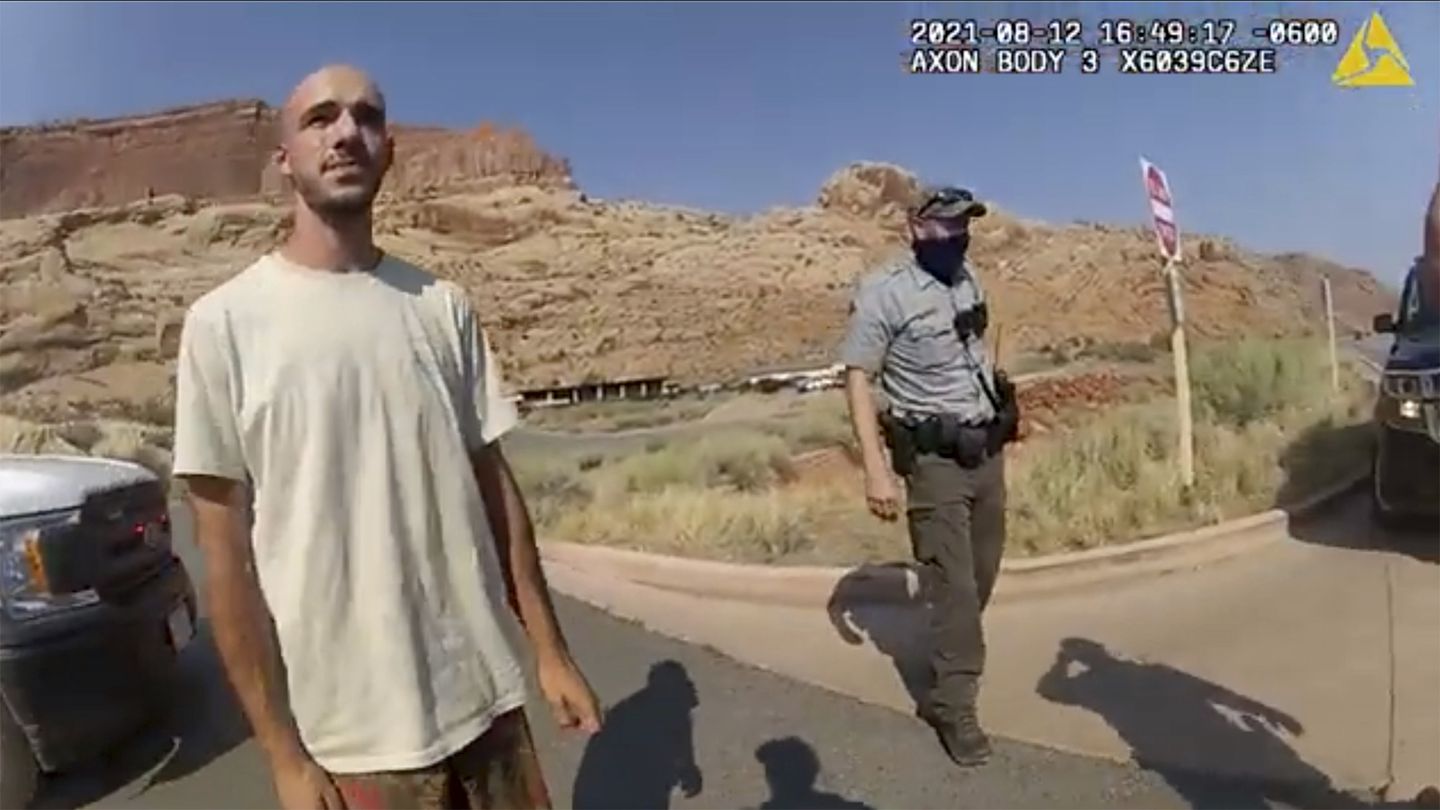 According to reports, Laundrie’s sister, Cassie, was confronted at her home yesterday, October 4, but insisted she and other members of the family had “fully cooperated with the police, since September 11 when they called”.

Cassie was also asked if Brian had been with her on September 1, when he returned from his road trip. She replied: “Yes, he came to this house, with my parents in their mustang, not the van. I did not know that he took that van back. I found out the next day with everybody else.”

She added: “We are just as upset, frustrated and heartbroken as everybody else. And I am losing my parents and my brother and my children’s aunt and my future sister-in-law on top of this and you’re not helping.”

When asked if she believed her parents were involved in her brother’s disappearance in any way, Cassie replied that her “honest” answer was that she “didn’t know”.

I don’t know about you, but I hope Brian Laundrie is found soon. Each day that passes must be a fresh wave of agony for the family of Gabby Petito.

Our continued thoughts and prayers go out to Gabby’s friends and loved ones. Rest in peace, Gabby, a bright star taken away far too soon.

Please, share this article on Facebook if you, too, hope that the person responsible for Gabby’s murder is found and brought to justice.

The new concept of Nautilus Eco Resort in Philippines
One month before a heart attack, your body will alert you: Here are the 6 symptoms!