Billy Joel was one of the most influential American musicians of the 1970s, and his star power has continued to burn ever since.

Still to this day, the 72-year-old makes music. Just days ago, he performed at Madison Square Garden in New York City. Though people indeed enjoyed the show, there was one thing that stood out.

It turns out that Billy has undergone quite a drastic change in his life, having lost around 50 pounds. We think he looks fantastic! 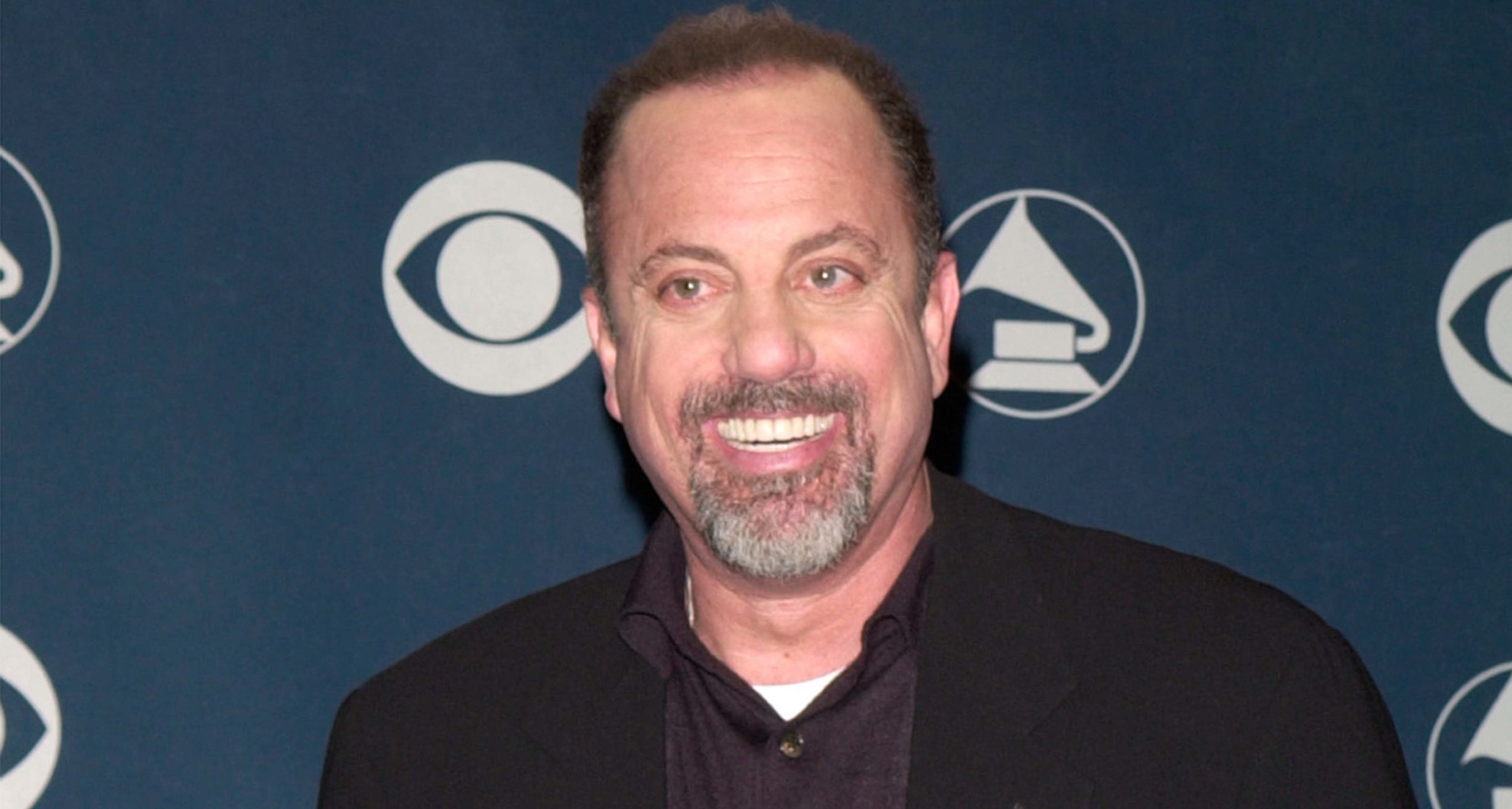 William Martin “Billy” Joel was born on May 9, 1949, in the Bronx, New York, to parents Howard and Rosalind Joel. The family moved to Levittown on Long Island shortly after his birth, and Billy Joel started playing the piano early.

His dad, Howard, was already an accomplished classical pianist, and once Billy started playing, and playing well, his mom Rosalind pushed him towards studying the beautiful instrument.

Billy Joel’s teenage years were all about music. By the age of 16, before he could drive, he had already been in three different bands.

In 1963, he joined The Echoes, who later became known as The Lost Souls. Four years later, he joined Long Island-based band The Hassles, with whom he recorded two albums for United Artists.

Joel would even go on to dabble in what some would term ‘heavy music.’ In 1970, he formed heavy metal band Attila and The Hassles with drummer Jon Small. The duo dropped one album with Epic Records.

Joel quickly rose to fame through his musicianship and before long he had turned into a star.

In 1971, he signed his first solo record deal. He toured the world with his band, and in 1972, Billy Joel was signed to Columbia Records by the legendary Clive Davis. There, he recorded the album Piano Man in Los Angeles.

The single of the same name, Piano Man, was a huge success. The song became a top 20 single, the first of his career, and the album sold gold. 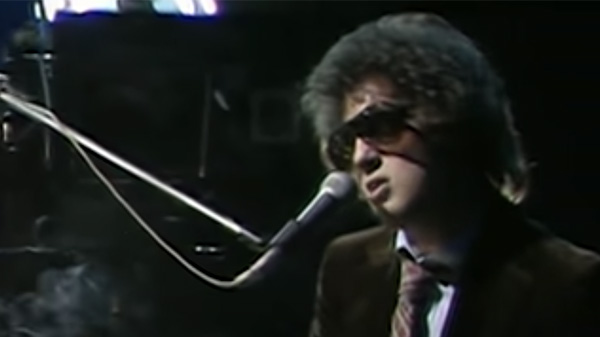 Joel quickly gained national recognition, touring the country and selling out the famous Carnegie Hall in his home state of New York. It didn’t hurt that he’d also written the classical song New York State of Mind, which gained plenty of recognition, both at the time and later on.

In 1977, Joel released The Stranger, in collaboration with well-known producer Phil Ramone. The album was a huge success and well-received by critics. Rolling Stone Magazine even ranked it number 67 on its 2003 list of the 500 greatest albums of all time.

From its release in 1977 until 1985, The Stranger remained Columbia Records’ biggest-selling album.

The song Just the Way You Are was on the album, Billy Joel’s first big award-winning hit. In 1978, it won two Grammy’s for Record of the Year and Song of the Year. At the same time, he’d released the album 52nd St, which became his first No. 1 album.

From that point, Billy Joel was a certified superstar. He would release several albums and famous songs such as Uptown Girl (1983), We Didn’t Start the Fire (1989), touring the world and playing alongside Hall of Fame artists like Bruce Springsteen and Paul McCartney.

At the same time as was producing hit song after hit song, Billy Joel also fell in love with model Christie Brinkley. They met in the Caribbean paradise of St. Bart’s in early 1983 – a year after he and his first wife Elizabeth Weber divorced – and Billy tried to impress her right away. 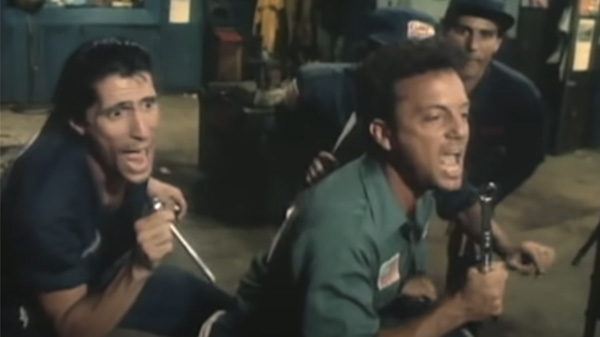 “I tried to look like me on an album cover. I gave it every angle I could,” he recalled in an interview with Rolling Stone.

However, it didn’t work the first time. Instead, Joel got her attention at a local piano bar on the island.

“The music was the key to the introduction,” he said. “She sat down and started singing, too.”

When Christie’s ex-boyfriend passed away in a tragic accident shortly after the two met in the Caribbean, Joel reached out to her. They established a friendship and began dating soon after.

In 1985, Joel and Brinkley tied the knot on a yacht in New York Harbor. Later that same year, the couple welcomed their first daughter, Alexa Ray Joel. The couple divorced in 1994.

Today, Alexa is 34 years old, and she’s followed in both her parents’ footsteps. While her father made his own music, Alexa Ray Joel started a career in her own right. 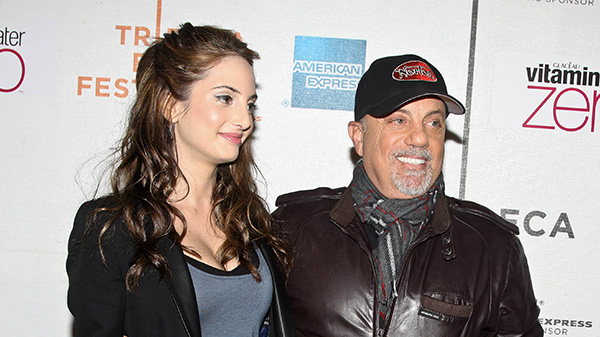 In 2005, she assembled a band and toured all over the US the following year. She released her first independently distributed EP in 2007 and played big festivals like Bonnaroo Music & Arts Festival and the New Orleans Jazz & Heritage Festival.

Since his divorce with Christie, Billy Joel has been married twice. Between 2004 and 2009 he was married to Katie Lee, and in 2015, he tied the knot with his now-wife Alexis Roderick. Together, they welcomed daughter Della Rose Joel in 2015, and daughter Remy Anne Joel in 2017.

“All my life’s been women. I was raised by women — my dad wasn’t around. I’ve been married numerous times, and I’ve got three daughters. So, a lot of estrogen in my life,” Billy Joel told Rolling Stone Magazine in 2019.

“I think I had a very fortunate upbringing. My mom encouraged me to be a musician. I know a lot of guys who were my age whose fathers intimidated them into not being musicians. So I had a very gentle upbringing. It was very loving, very warm, and I appreciate that about women. I see that in my daughters too. I’m gonna bring up these kids who one day will be mothers themselves, and I hope they’re like my mom.”

Billy Joel loves New York, and New York loves him. So, naturally, it might not have come as a big surprise when, in 2013, Joel announced that he was going to be a resident at Madison Square Garden.

In doing so, Joel became the legendary arena’s first music franchise in history, with his monthly concerts sold out for every gig. In October 0f 2015, the show had grossed over $45 million. 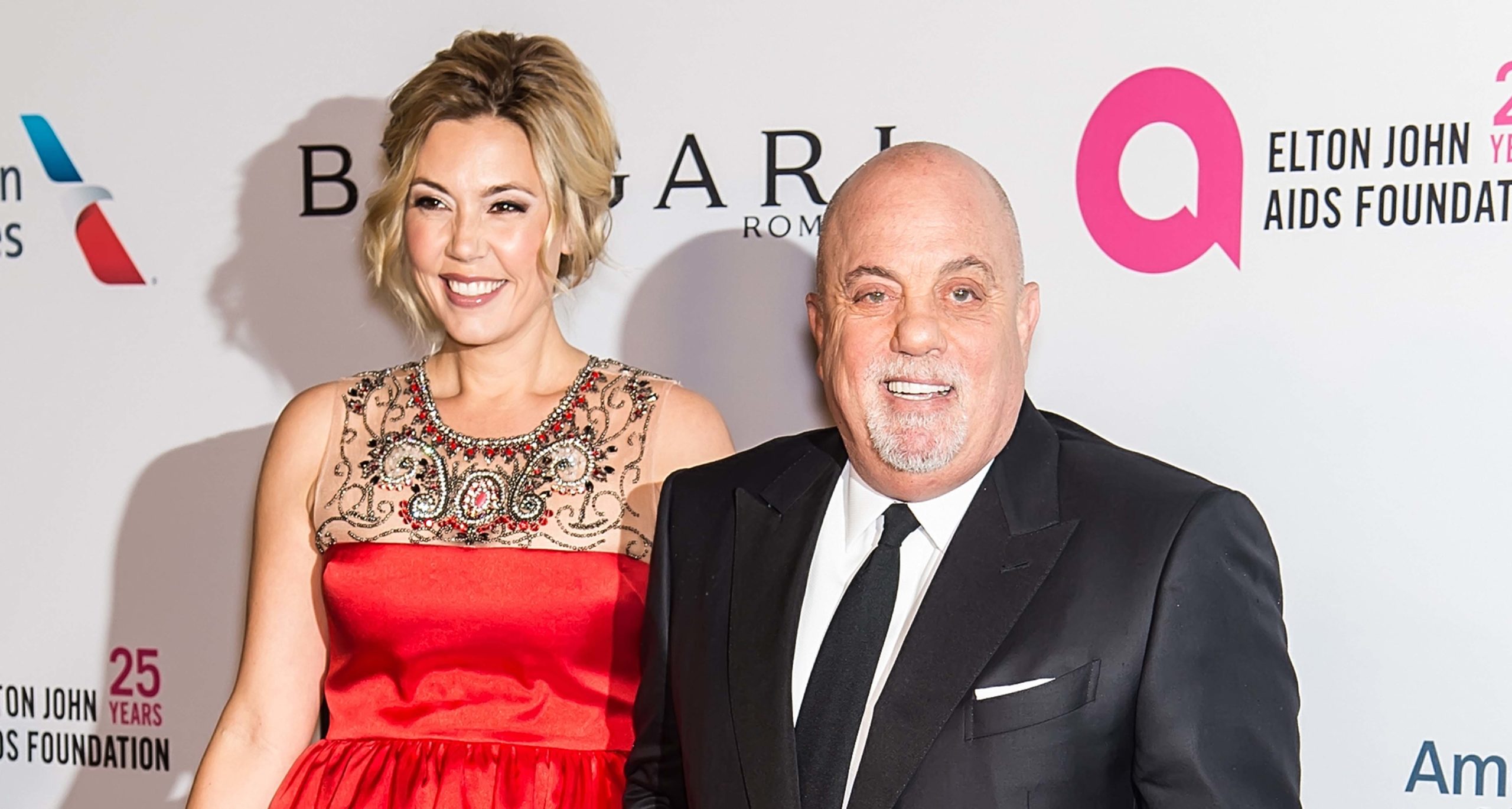 Even though Joel has been highly successful, and has created music his whole life, age and health have become important factors.

During a joint tour with superstar Elton John in 1998, Joel revealed that he had severe asthma. As a result, was forced to pull out of the tour to return to the US so that he could consult with doctors.

“In the old days I could scream and punch my way through it, but now it wouldn’t be fair to my fans,” Joel said at the time.

Elton John added: “It was a little odd not seeing Billy there because we’re so used to doing this thing, and not seeing the piano and him across from me was very strange.” 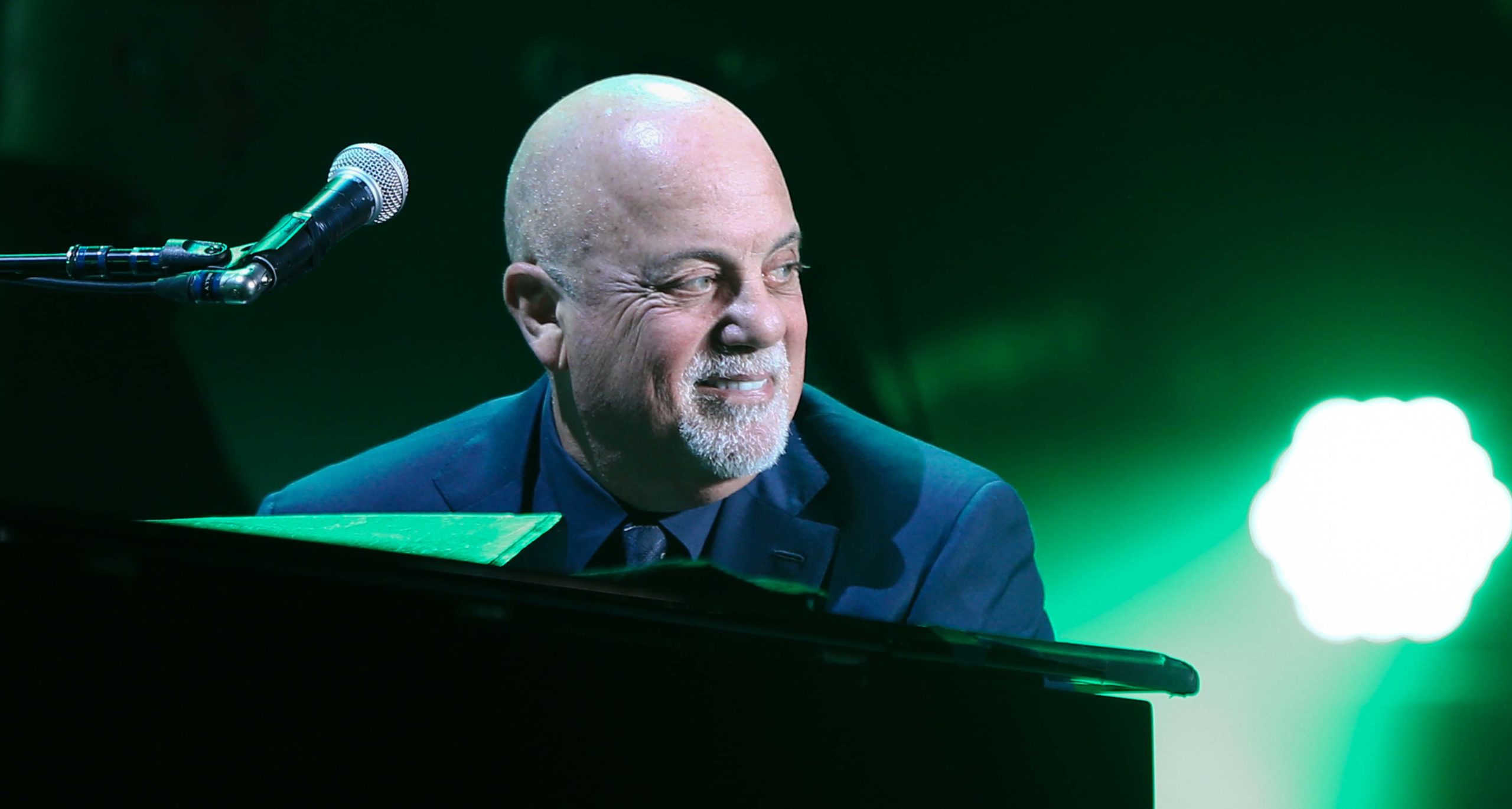 “I feel really sorry for him. I spoke to him yesterday and he’s in a really bad way and he feels terrible. This is the sort of thing that you cannot take a risk with because it could mess up your voice for all time, so he’s just got to get it rested until he’s ready to come back and I will go to Dusseldorf, Munich, and Berlin and do these shows on my own.”

Now, Joel hasn’t only had problems with asthma. Back in 2010, he underwent double-hip replacement surgery. It turned out that the damage was most likely was linked to the “crazy acrobatic” musical performances he performed in the early days of his career – as well as being born with hip dysplasia – which took a toll on his ability to walk properly.

“Over the years, jumping off the piano, landing on a hard stage certainly didn’t help,” Joel told the New York Times, as quoted by the New York Post.

“Way back in the early ’70s, I used to do somersaults, flips off the piano. I would climb up the cables and hang upside down, anything to get attention. But over the years it got excruciating. I couldn’t walk at one point; I had one of those little scooter chairs, banging into furniture.”

The hip surgery, however, was a success, with his publicist saying that he was doing “extremely well” afterward.

The Covid-19 pandemic has put artists performances on hold around the world. Fortunately, it now seems like things are going the right way. 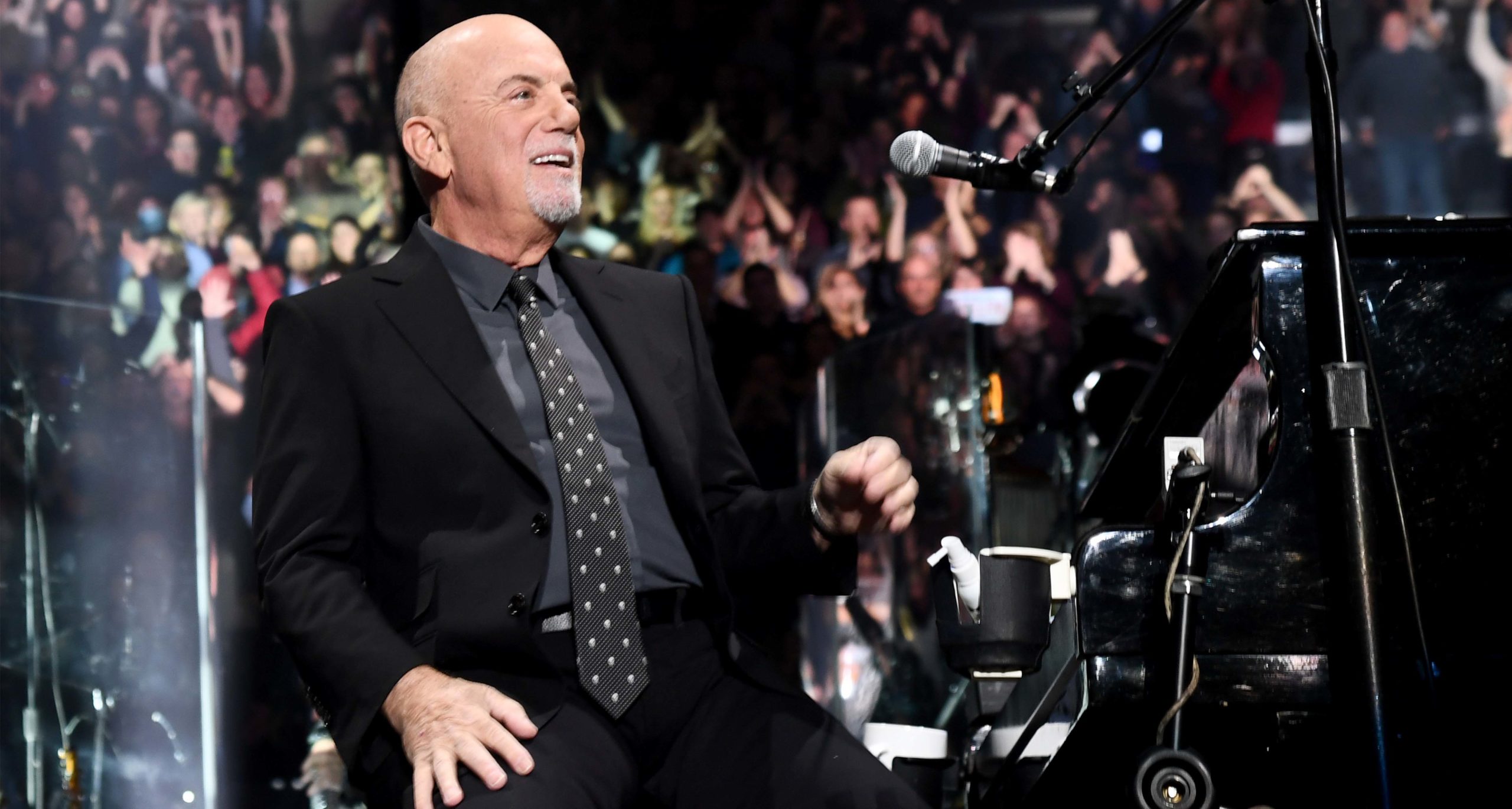 Billy Joel is back for real, and just last week he performed again at Madison Square Garden. Interestingly, it wasn’t just the wonderful concert that had people talking.

No. It turns out Billy has lost plenty of weight in recent times – the New York Post speculate it could be as much as 50 pounds!

Joel looked terrific on stage – and it seemed like he had a great time as well!

It turns out that recent back surgery is one of the main reasons for Joel losing so much weight. Appearing on Howard Stern a month ago, the 72-year-old explained that dropping down a size or two wasn’t intentional.

“I had back surgery early this year and the pain afterward was so bad I lost my appetite,” he said.

He added: “I had gotten kind of chunky, I was happy to lose the weight.”

Though Billy might have lost his appetite, life on a diet isn’t really for him.

Back in 2016, he opened up to the Daily Mail about his food preferences.

“On a Sunday, I make a big Sunday sauce, tomatoes, olive oil, garlic,” he said. “Pasta is my downfall. I love to eat. My metabolism isn’t what it used to be.”

We’re so happy to see that Billy Joel is doing great. He is a true entertainer, and hopefully he’ll be touring for many years to come.