Kelly Clarkson is a true music and television superstar. She reached fame in the US after winning American Idol, and now, 15 years later, she’s turned into a worldwide celebrity.

Many celebrities are judged by their looks when working in Hollywood, and it’s not always a healthy thing. However, Clarkson has always advocated not turning into someone else, and instead, always be yourself without letting anyone judge you. The 39-year-old has her view of makeup – and says that she will never do any plastic surgery or procedure. In fact, she frequently appears without makeup – and she looks terrific.

So how did Kelly Clarkson get on American Idol in the first place? And why was a stranger’s advice the one thing that changed her life? Here is all you need to know about the talented singer and television host! 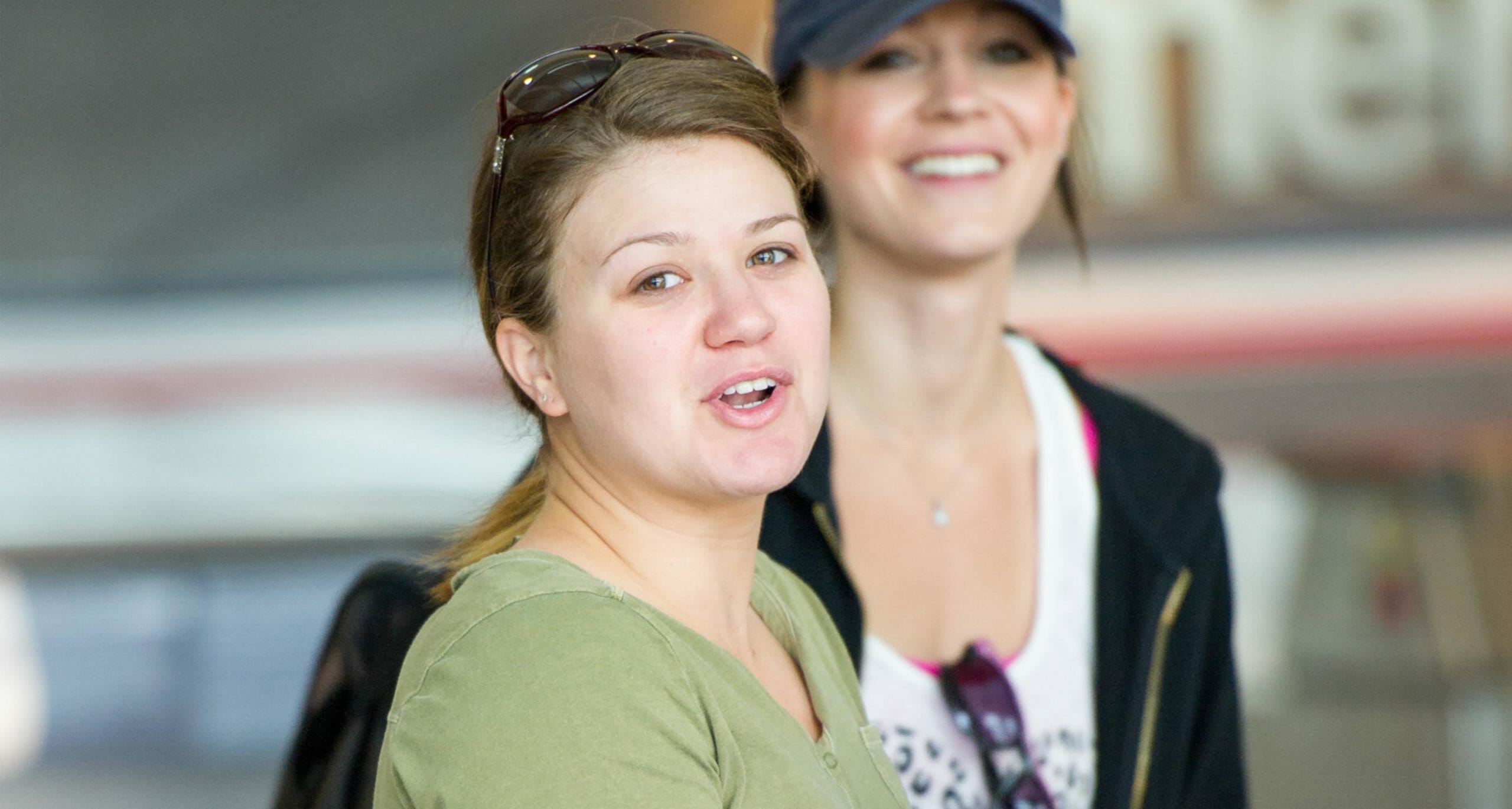 Kelly Brianne Clarkson was born on April 24, 1982, in Fort Worth, Texas. Clarkson used to perform at home in front of her parents. But in 1995, she went beyond her living room.

While singing in the hallway of her school – Pauline Hughes Middle School – a music teacher named Cindy Glenn heard Kelly sing and recognized her talent. Clarkson could move between low and high notes without a problem, and she demonstrated a remarkable vocal range.

Also, she could adapt her voice depending on what type of music she sang – and it sounded great. Cindy told Kelly that she should join the school choir, which she did.

Clarkson recalled that after the show, a stranger, who she believes was a classmate’s grandfather, approached her and said, “That was so amazing, you’re gonna do this for the rest of your life.”

Kelly Clarkson barely knew what to say. She was stunned.

“I don’t even think I said ‘thank you.’” she told Cosmopolitan. “I was taken aback because I’d never received any kind of compliment like that.”

Unfortunately, the stranger that encouraged Clarkson to pursue a career in music was never found. Or at least Kelly didn’t find him.

“Was he real?” she joked. “We all have these moments in our life that are so pivotal… that really was that fork in the road that sent [me] on a completely different path.” 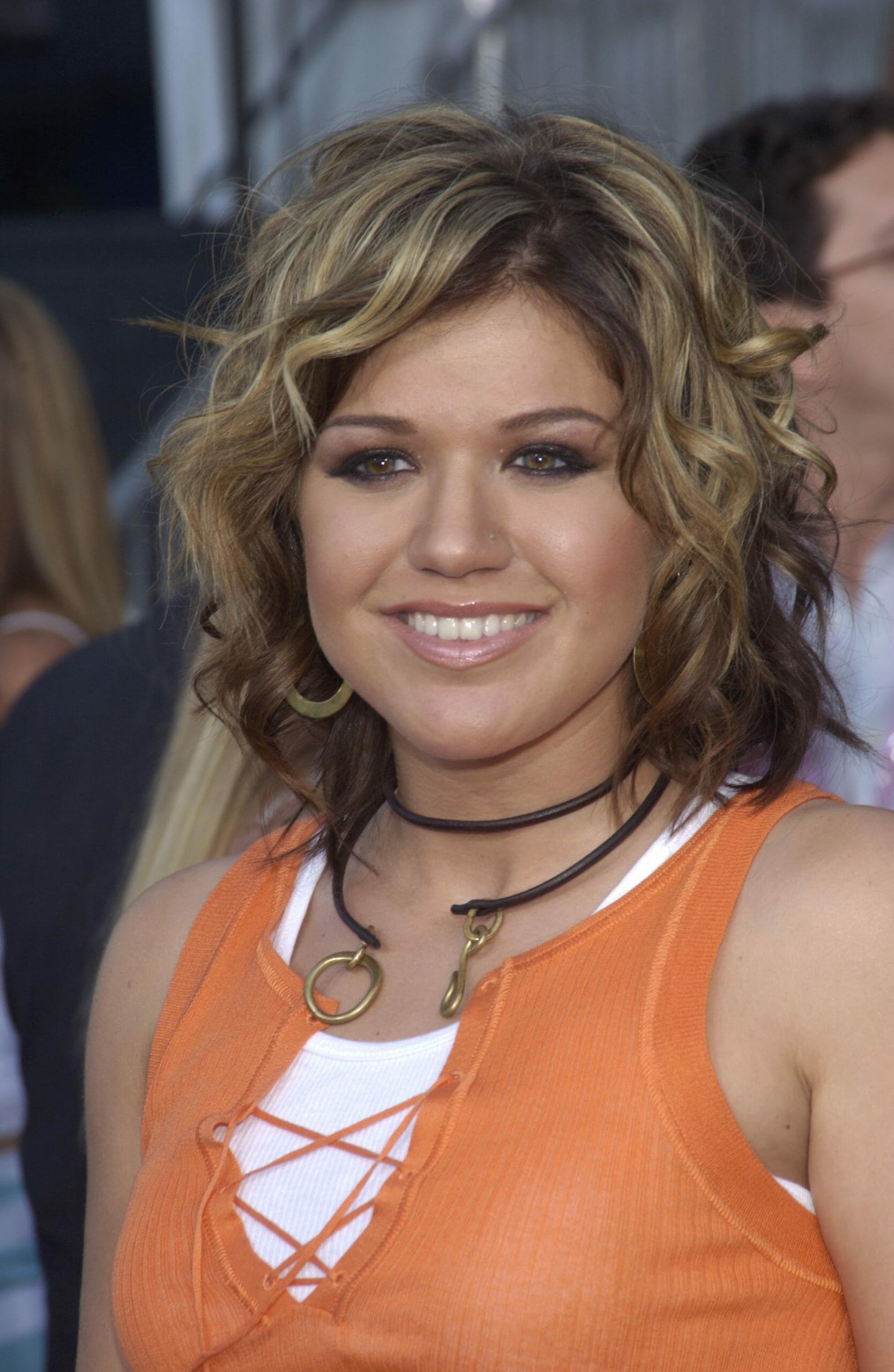 At that point, Kelly Clarkson knew what her purpose in life was: She wanted to become a professional singer, as singing gave her great confidence.

Struggled to get her career going

“Friends at school were nervous because they didn’t know what they wanted to do with the rest of their lives, but I had a peaceful feeling inside because I knew,” Kelly tells in her book Kelly Clarkson: Music and Television Trailblazer.

“I knew, I knew that I would make a living at this since a seventh-grade assembly when I was about to go out and sing a Mariah Carey song in from of the whole town… Singing just seemed a natural thing.”

Kelly Clarkson continued singing when attending Burleson High School. Further, she starred in several school productions of musicals, including the Seven Brides for Seven Brothers and Brigadoon. In 2000, she graduated from high school, but Kelly decided not to attend college.

She knew that it was a change she wanted to pursue her dream of becoming a professional singer. Kelly’s mother was the one that most supported her dream, and even though it meant missing out on a college education, it was worth a shot.

At first, however, it seemed like her musical career wouldn’t work out at all. She struggled for two years as she tried to make it in the music business, released several songs, and recorded herself on demo tapes. However, no one seemed interested.

“I was sending out demos, getting doors slammed in my face.” 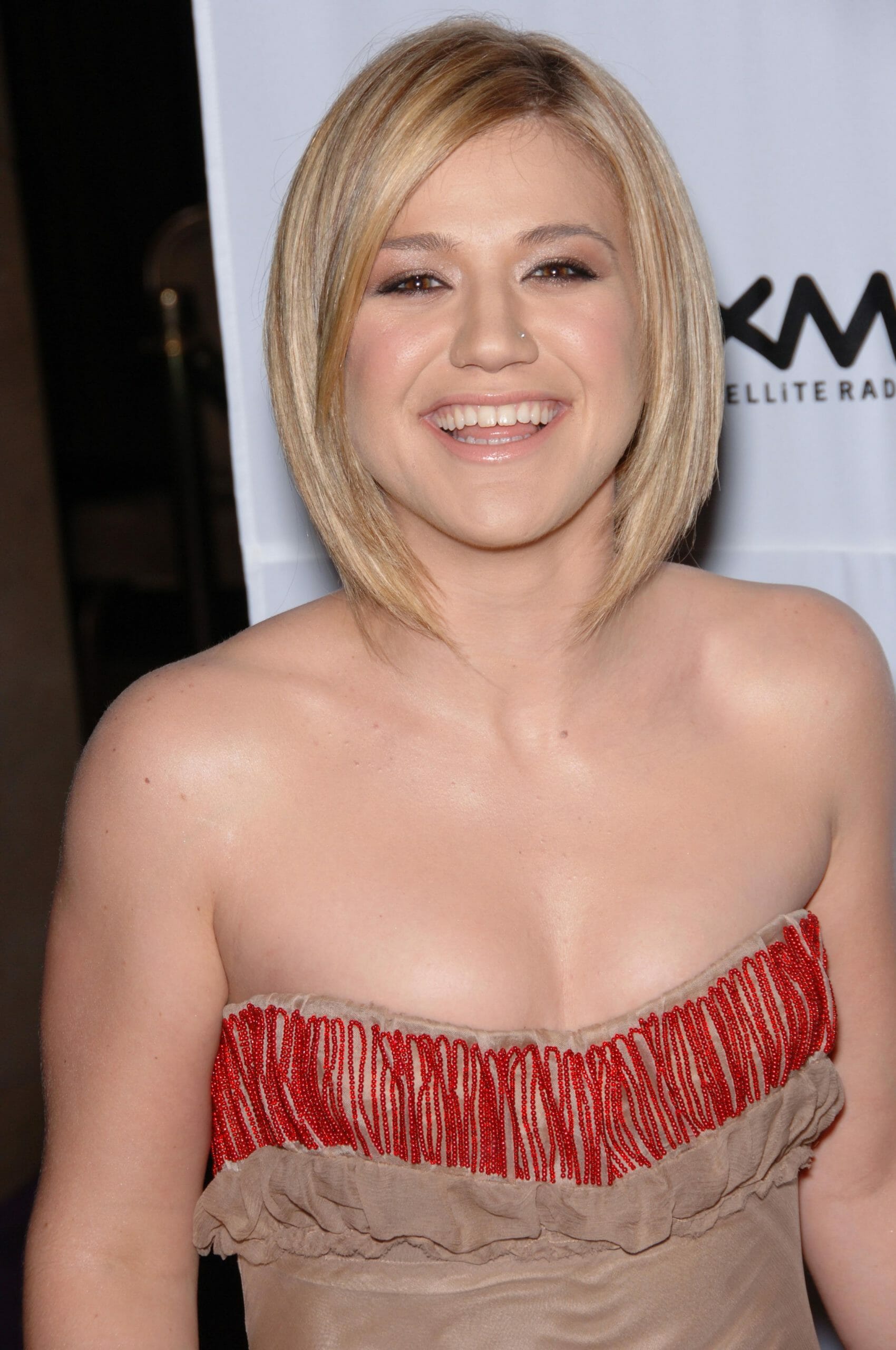 Later on, Kelly Clarkson got some recognition from studio executives and, in fact, turned down two recording contracts.

Why? They wanted to make a drastic change in Kelly Clarkson’s style and appearance, which she wouldn’t do.

A year after graduating from high school, Clarkson elided to move to Los Angeles. She met plenty of people in the business, and for months, she went to auditions regarding both singing and acting jobs.

She was hired as an extra for the television series Sabrina, the Teenage Witch, and worked minor background roles in That’ 70’s Show and Dharma & Greg.

However, it became too much. After a string of disappointments with not getting jobs, Kelly decided to move back to Texas.

The mother of Kelly Clarkson’s friends Jessica and Halie had heard a radio commercial for a new television competition called American Idol: The Search for a Superstar. They were having auditions in several places around the US, including Texas. 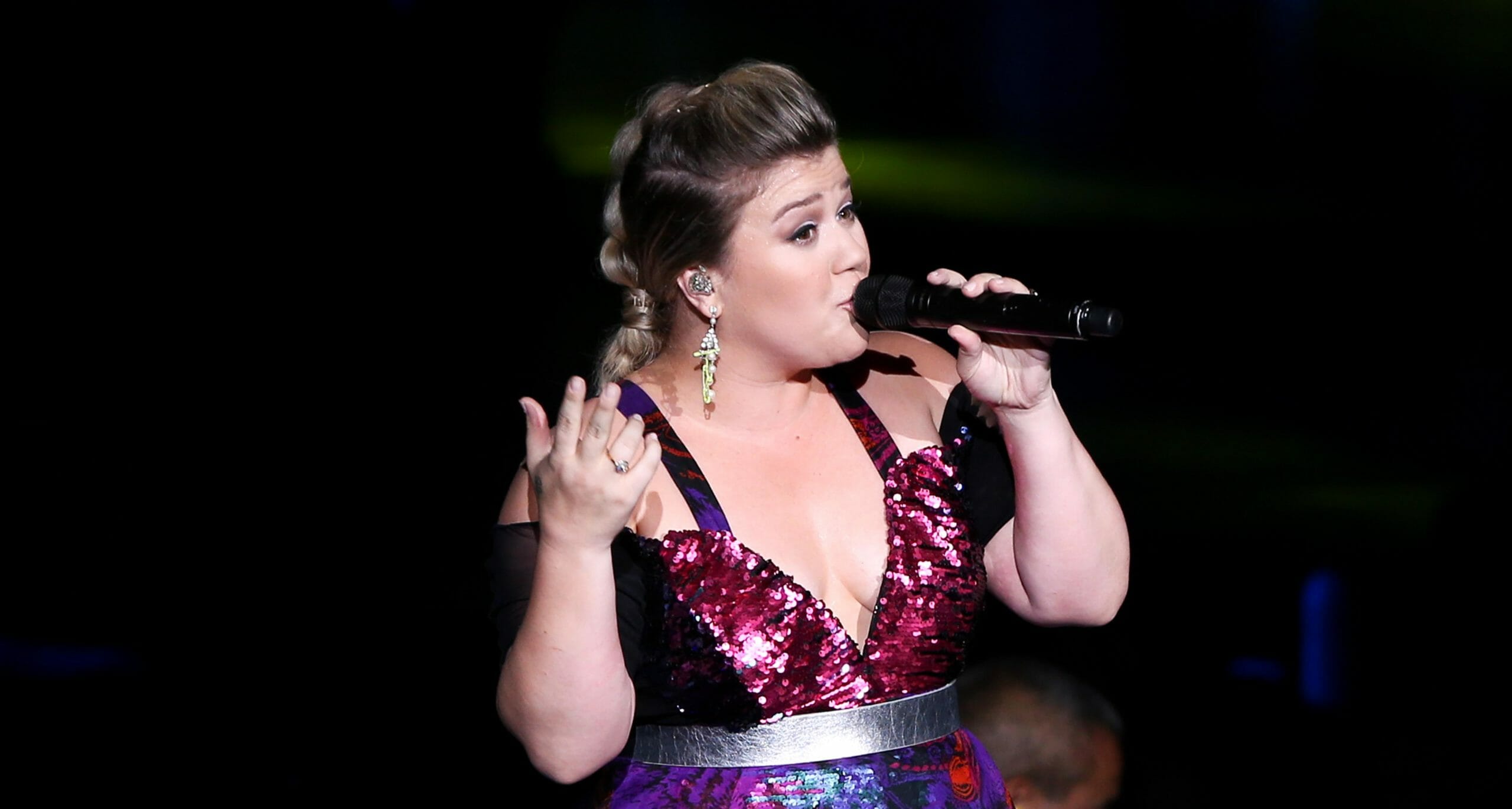 The mother, Terry, knew that Kelly was a highly talented singer and encouraged her to audition. Clarkson sang the Etta James classic “At Last.” Judges Paula Abdul and Randy Jackson loved her. But Simon Cowell – the third judge – thought she was “just a girl with a good voice.”

However, Clarkson went through the first audition – and the rest is history.

On September 4, 2002, Kelly Clarkson won American Idol against Justin Guarini. She won the official prize of a million-dollar RCA record contract – and the amount of fame and notoriety was, of course, another unofficial prize.

Her first single, “A Moment Like This,” went to No. 1 on the Billboard charts, and several other single hits followed.

Even though her first album had some commercial success, her second album became the one that established Kelly Clarkson as a leading pop star.

The album Breakaway was released in 2004 and included several smash hits, including “Since U Been Gone,” “Behind These Hazel Eyes,” and “Walk Away.” She won two Grammy Awards in 2005 for Best Female Pop Vocal Performance (“Since U Been Gone”) and Best Pop Vocal Album.

Clarkson’s third album didn’t have quite the same success story. But in 2009, she released All I Ever Wanted. The first single, “My Life Would Suck Without You,” became a smash hit. It jumped from No. 97 to No. 1 on the Billboard Hot 100 list, which became a record of the largest leap to the top spot.

Kelly Clarkson found more success with her music, but she also entered television as the years went by. She became a voice coach on the television show The Voiceand even got her talk show, The Kelly Clarkson Show, still running today.

As of now, Kelly Clarkson is single. She married her husband Brandon Blackstock in 2013 after the couple had dated for about a year.

The couple met through his father, Narvel Blackstock, working as Kelly Clarkson’s manager.

“Brandon is my manager’s son. I’ve known him for six years, but he was married for most of that time,” Kelly told The Daily Mail in 2012. “Then, suddenly, there he was at the Super Bowl, and he was single.”

In an interview with E! News, she reminisced about the start of her romance while looking back at her fashion evolution. 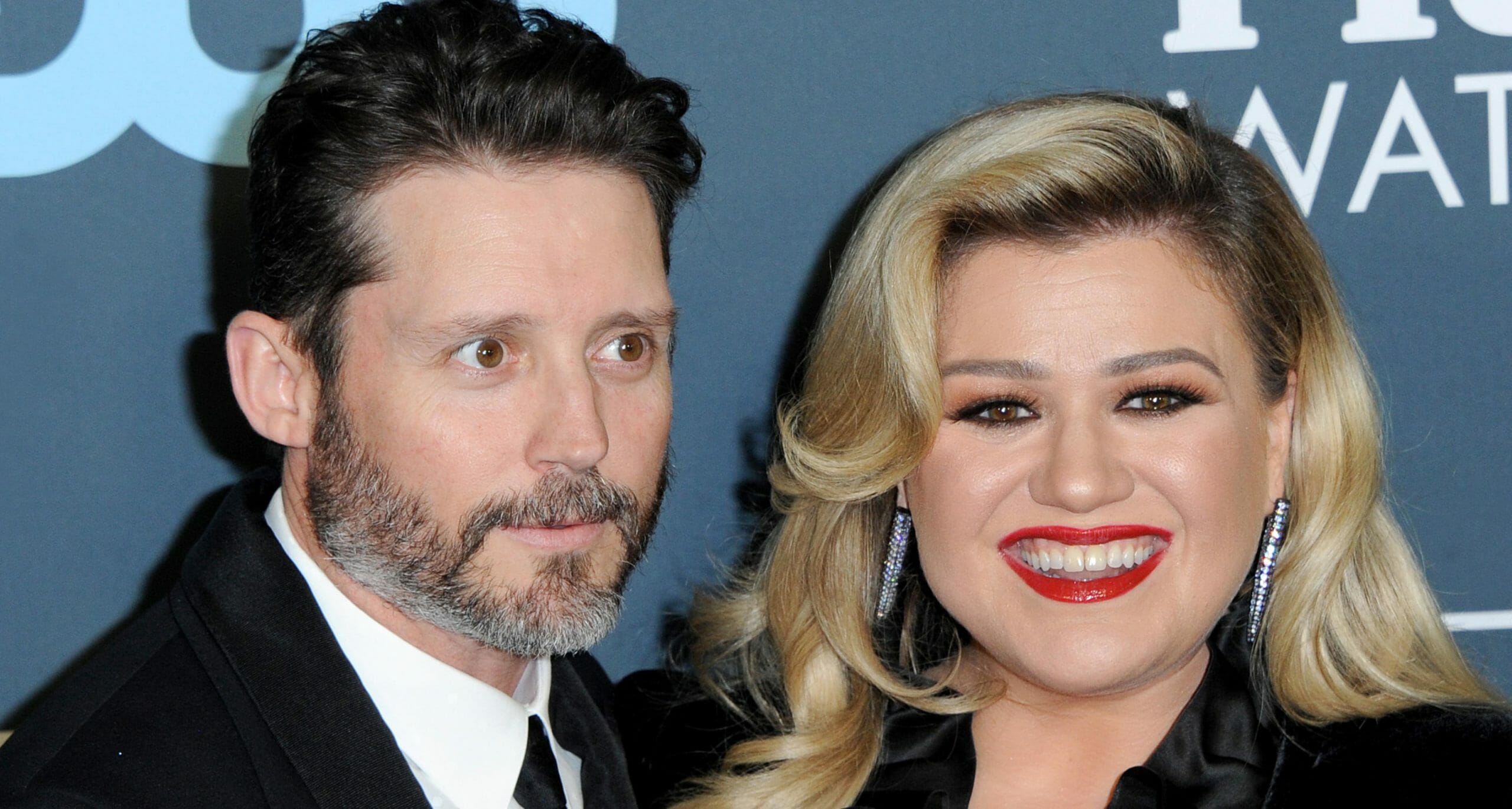 “Right when I got those bangs was right when I started dating my husband,” she said. “I remember that because my Super Bowl performance, that was, like, our first time we started flirting. And I was like, ‘I’m so into you, make out with me!’”

The two fell deeply in love, and they got engaged within a year. In October 2013, Kelly Clarkson and Brandon Blackstock tied the knot at Blackberry Farm in Walland, Tennessee.

Brandon Blackstock had two children from a previous marriage, Savannah and Seth Blackstock. Kelly and her husband welcomed two children of their own. Their daughter River was born in 2014, and two years later, they welcomed their son, Remington.

In 2020, Kelly Clarkson filed for divorce. According to Entertainment Tonight, she cited “irreconcilable differences” as the reason. She was granted primary custody of her two children, with the divorce finalized in 2022.

“As you probably know, 2020 has brought a lot of change also to my personal life,” she said on her television show in 2020. “Definitely didn’t see anything coming that came, but what I’m dealing with is hard — it involves more than just my heart. It involves a lot of little hearts.”

Even though Kelly Clarkson – who is said to have a net worth of $45 million – has had a hugely successful career in the music business, things haven’t always been excellent. 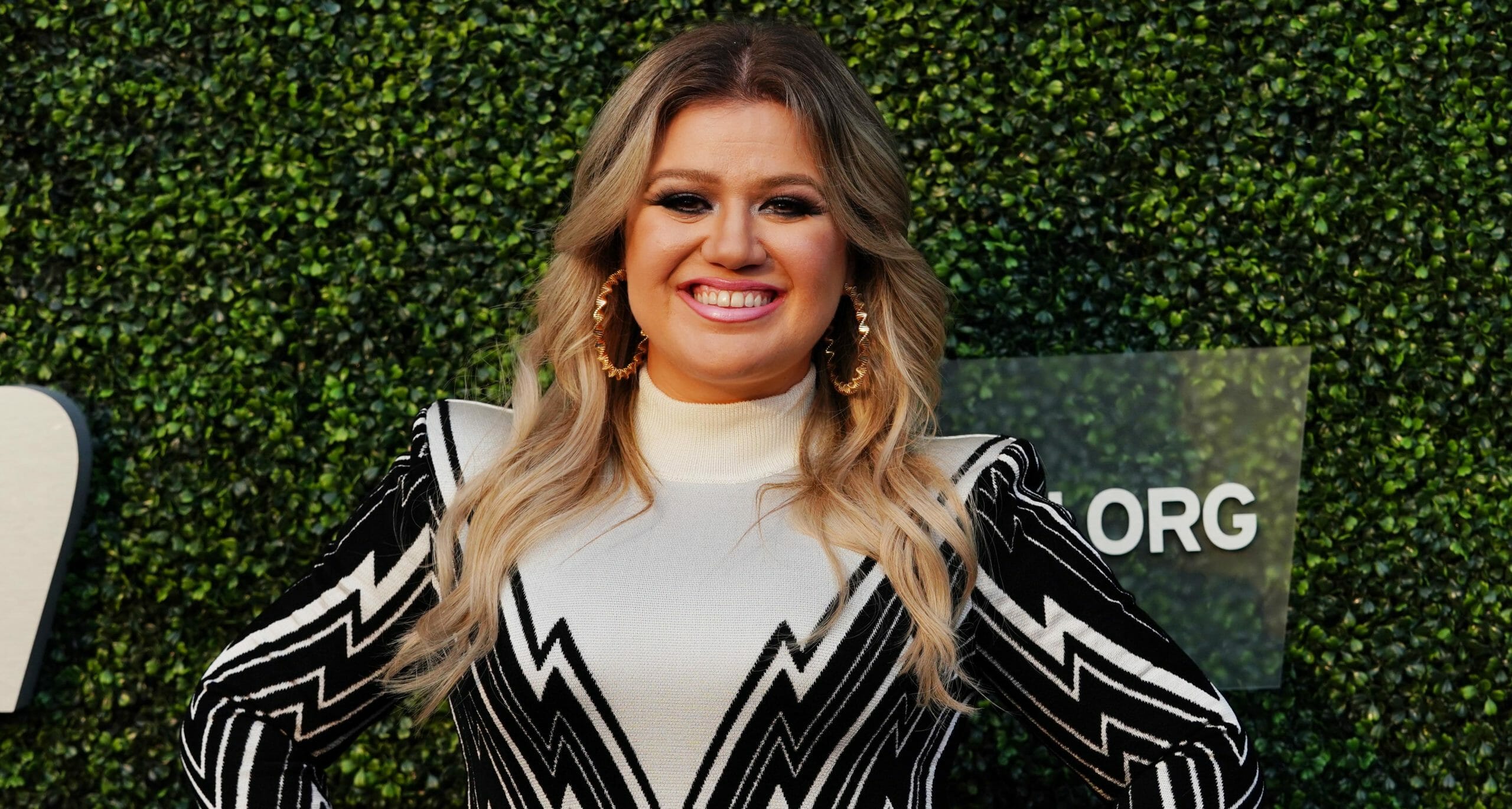 In fact, she struggled plenty in the early stages of her career, but not because she wasn’t good enough. In an interview, Clarkson recalled how people constantly wanted her to change.

Kelly Clarkson reveals the hardest part of her career

But the 39-year-old only wanted to be herself because being authentic is the most important thing.

“Everybody would always micromanage everything and try to get you to be somebody that you’re not, and the hardest part has been being me,” Clarkson said. “So, I think that’s been the hardest challenge; I guess I’d say, with mental health.”

Kelly also shared an anecdote about working in the industry early on in her career. 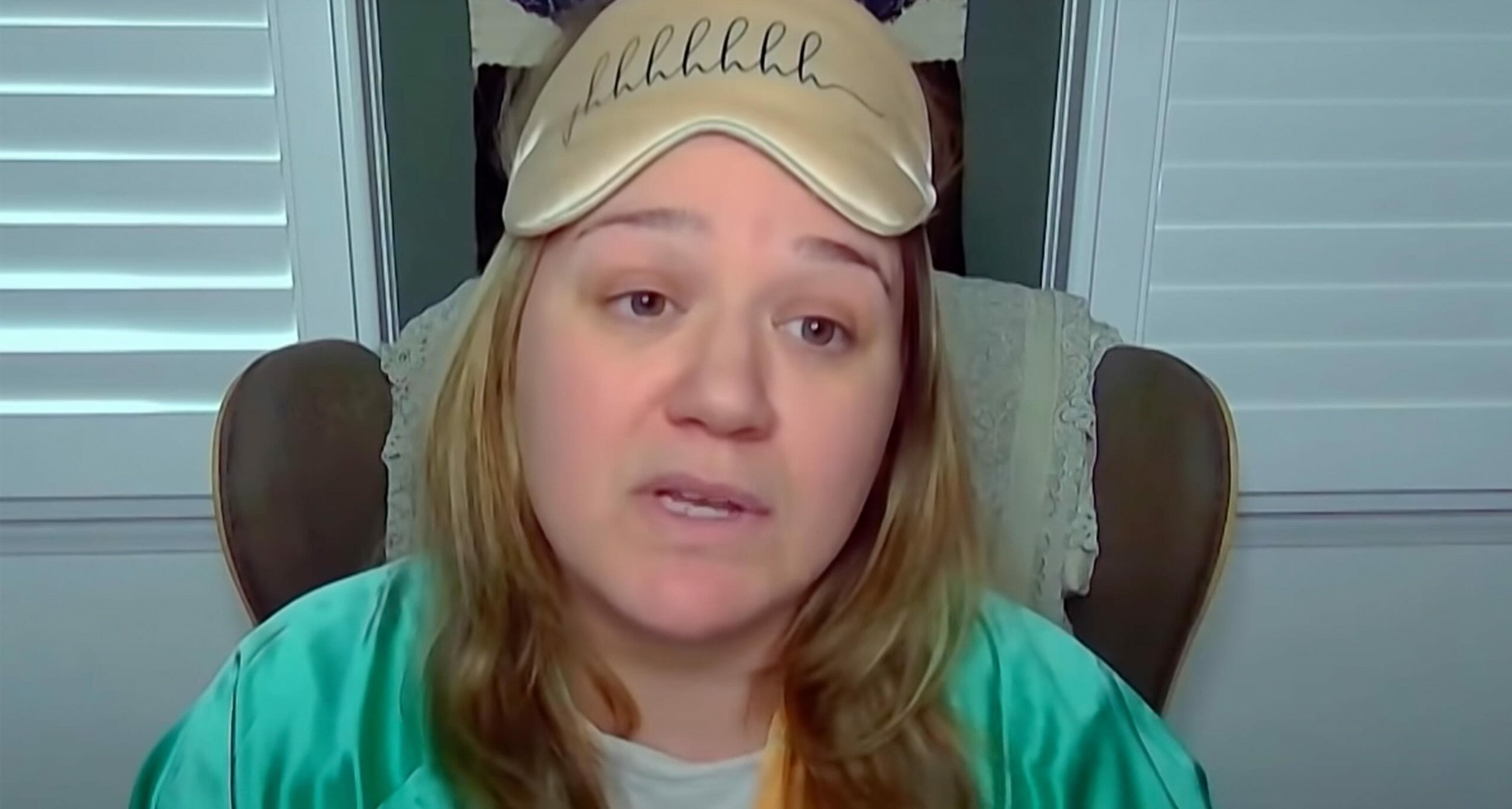 As Kelly Clarkson described, she doesn’t want to become someone else. That means not doing things just for the sake of it or becoming a person she isn’t comfortable with being.

Of course, some actresses and actors are rarely seen without it, but for the former American Idol singer, it’s not a question about trying to be perfect all the time. Instead, she wants to look like herself, which her fans like about her.

And also, when looking at pictures or videos of Kelly Clarkson without makeup, we can all agree that she looks fantastic!

When Clarkson appeared on actress Mayim Bialik’s podcast, she said that worrying about her appearance had the pressure she has felt to appear in a certain way has been a very tough thing in her career.

On the podcast, she appeared without makeup – but her manager would not want her to look that way, she states.

“I think the biggest thing for me in my whole career is, just being me has been really hard,” Clarkson shared. “Like, no manager would ever want me to do this – I have no makeup on.”

Cosmetic surgeries, botox, and other implants have become a relatively normal thing in Hollywood and the entertainment business. But Kelly Clarkson explains that she doesn’t plan on going through with any procedure. 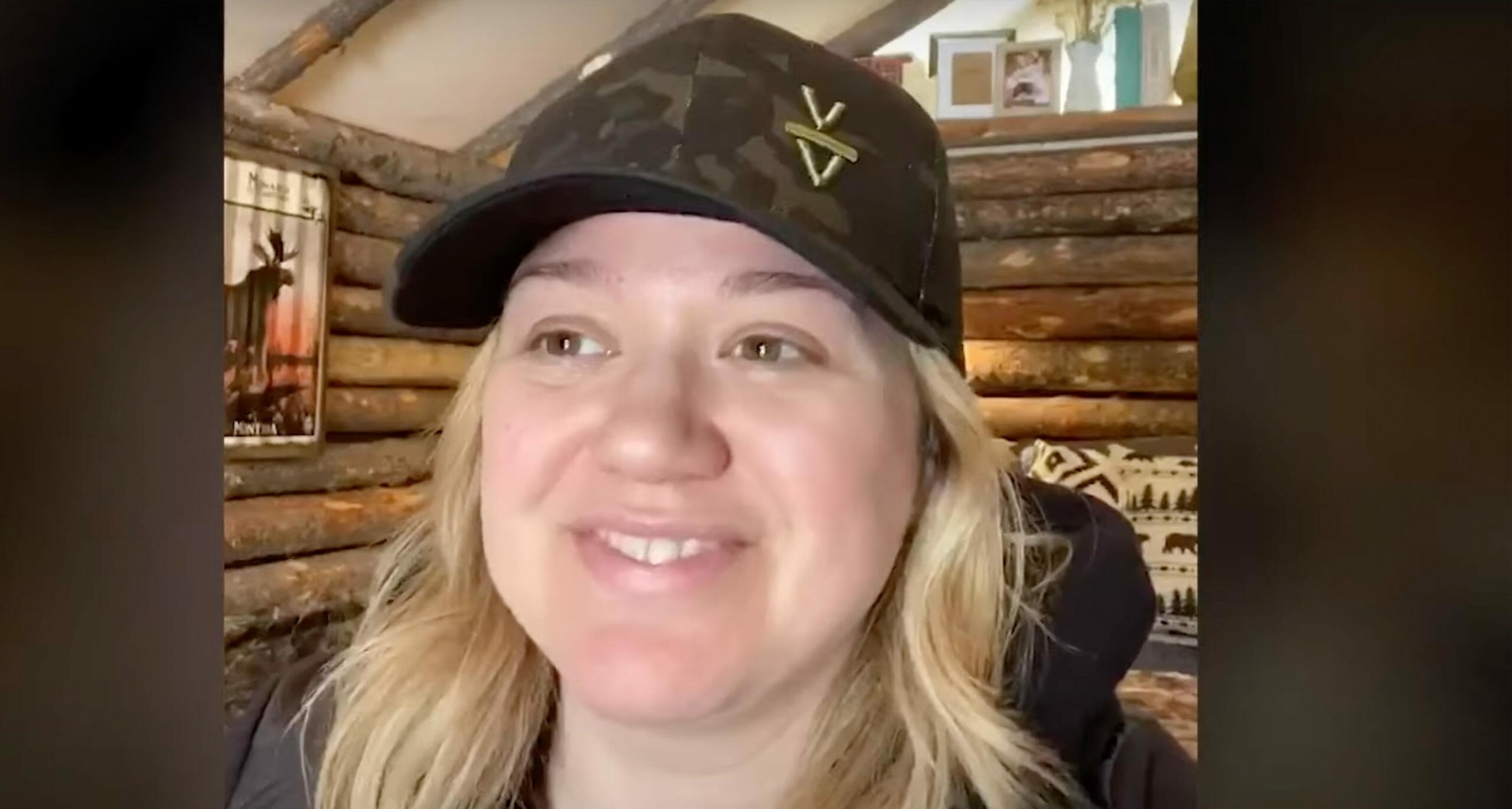 “Any needle that goes in my body is either taking blood to check my thyroid,” she said, adding that she’d be petrified.

“If I weren’t terrified, I would be sitting right here with some double Ds. I’m going to be real with you because I never had big boobs, and I always wanted big boobs, but I’m terrified, and I would never get a boob job,” she added. “Why would I cut myself on purpose?”

On her show, The Kelly Clarkson Show, the Grammy- and Emmy award-winning music star uses makeup. However, sometimes, she says that she feels like “Harry freaking Potter just got ahold” when seeing her face after her makeup artist is done.

“I don’t even look like the same human,” Kelly Clarkson said, laughing. “But in my every day? Nah. I’m not going to get dressed up to go to Target or hang out with my friends.”

Kelly Clarkson has never tried to be someone else, and for that, we truly adore her. The entertainment business can be a very tough place – but Kelly has shown that you can succeed while being yourself.