After passing through airport security, a basketball player was detained in Russia.

RIGA, Latvia — On the second day of her highly followed trial in Russia, American WNBA player Brittney Griner admitted to possessing cannabis oil. She now faces up to 10 years in jail.

Given the intense diplomatic tension surrounding Moscow’s horrific conflict in Ukraine, the issue today is whether Washington and Moscow will be able to negotiate an agreement on her release as well as the release of other American prisoners there.

“I’d like to plead guilty, Your Honor,” Griner said Thursday. “But there was no intent. I didn’t want to break the law.” The court then adjourned when she requested to present her testimony at a later time in order to prepare.

A senior Russian official had earlier said that until the matter was resolved, no measures could be made toward a prisoner swap. 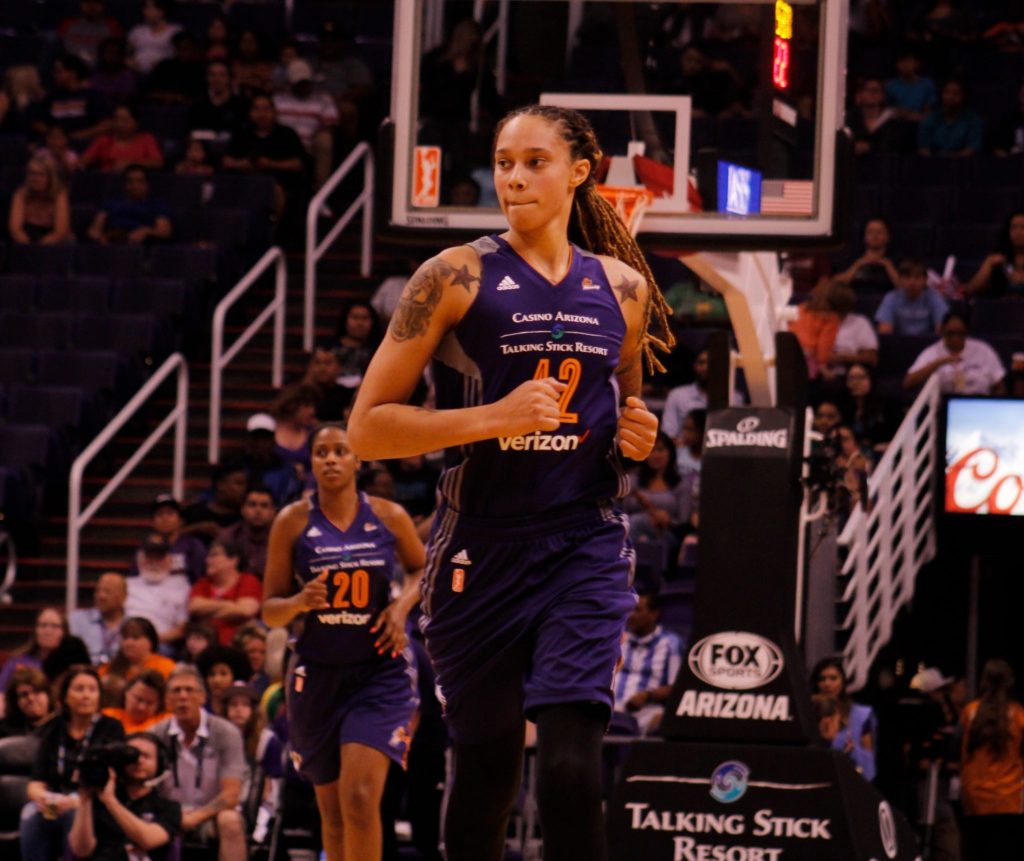 The American effort for a prisoner swap, according to Sergei Ryabkov, deputy foreign minister of Russia, is not improving Griner’s chances of freedom. Before the court met in the Moscow suburb of Khimki, Ryabkov talked to the media.

Griner admitted possessing cannabis oil on July 7 and now faces up to 10 years in jail. Griner was labeled as being “wrongfully held” by the State Department.

“The American side’s attempts to foment hype and make noise in the public environment are understandable, but they don’t help to practically resolve issues,” Ryabkov said.

According to footage from the state-owned RIA Novosti news agency, Griner arrived at the court while being shackled and dressed in a red shirt and red pants.

Griner’s release, as well as those of other Americans jailed in Russia, including former Marine Paul Whelan, will continue to be a priority for the United States, according to Secretary of State Antony Blinken. 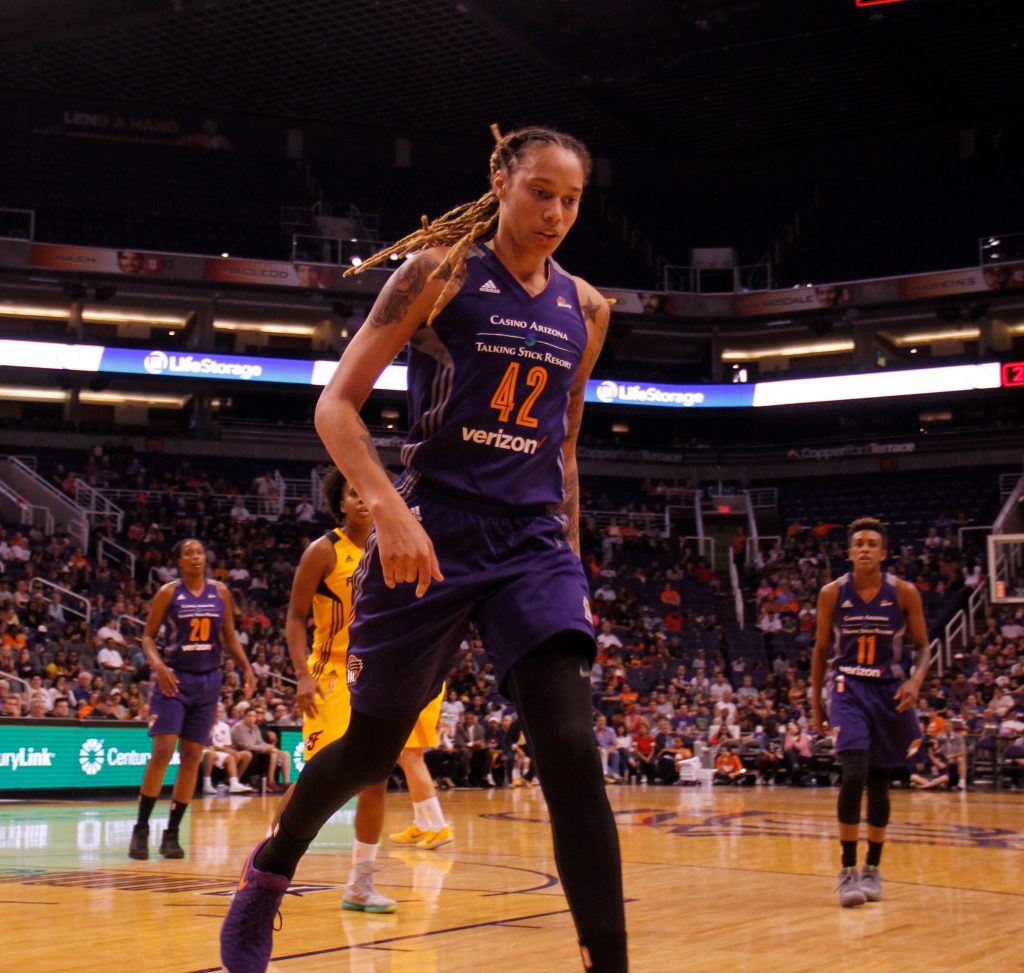 “We will not relent until Brittney, Paul Whelan, and all other wrongfully detained Americans are reunited with their loved ones,” he tweeted.

Elizabeth Rood, the deputy head of mission at the American embassy in Moscow, was present in court. She gave Griner a letter from President Biden and briefly chatted with her about how she is doing while imprisoned.

“She said that she is eating well. She’s able to read books and under the circumstances, she’s doing well,” Rood wrote in an email to The Washington Post. “Most important, I was able to share with Ms. Griner a letter from President Biden, and … Griner was able to read that letter.”

The U.S. government, according to Rood, is dedicated “at the very highest levels” to bringing Ms. Griner and all other American citizens who have been unfairly incarcerated home in safety.

Russian customs officers said at a hearing last week that Griner was discovered in February, one week before Russia invaded Ukraine, with two vape cartridges in her luggage at Moscow’s Sheremetyevo International Airport.

According to Russian media, Griner told the court on Thursday that she had been rushing when packing and that the vape cartridges had accidentally fallen into her luggage. According to Griner’s attorneys, airport workers who saw the search of her baggage gave their testimony to the prosecution.

Like many female professional basketball players, Griner was playing basketball in Russia to supplement her money and keep up her abilities during the summer.

Ryabkov said that “we have a long-established mechanism for discussing these problems,” implying that the Russian side would be open to negotiations after Griner’s case was resolved. 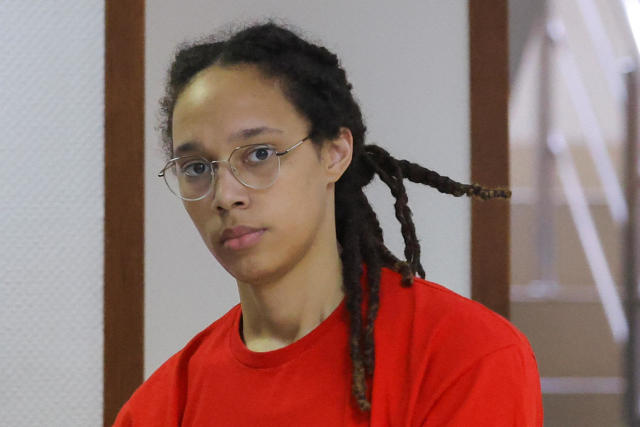 Griner, seen being escorted to the July 7 hearing, was arrested in February at a Moscow airport. (Evgenia Novozhenina/Reuters)

“Clearly the necessary judicial procedures have not been completed. Until then, there is no nominal, formal, procedural basis for any further steps at all,” Ryabkov said.

The trial will resume July 14, though it is unclear when Griner will be sentenced. One of her lawyers, Maria Blagovolina, told The Post, “we are expecting a fairly quick completion of the trial: another three to five sessions, no more.”

“We hope that the confession of guilt will influence the court to hand down a more lenient sentence, and we will ask for that,” she added.

Ivan Pavlov, a well-known Russian human rights attorney who was forced to leave the country in September, claimed that Russian courts were often more forgiving in situations when defendants entered pleas of guilty.

However, he noted that the case was quite political and that a harsher punishment would be appropriate. “I believe they will attempt to raise the cost as much as they can. I think they’ll give her the longest possible sentence so the other side will retaliate,” Pavlov predicted. Because it will be difficult to get the opposing side engaged in discussions if they grant her a brief or moderate term.

Griner was detained during extremely tense relations between Washington and Moscow, which have grown even more heated as a result of Russia’s conflict in Ukraine. The U.S. Embassy in Moscow issued a notice in January cautioning Americans against traveling to Russia as diplomatic attempts to avoid the conflict failed.

According to a statement issued by the White House on Wednesday, Griner is being kept in “intolerable circumstances.” After calling Griner’s wife Cherelle to reassure her that they were making every effort to obtain Griner’s and Whelan’s release, Biden and Vice President Harris made the announcement.

Whelan, a security advisor, has been detained since December 2018. He had gone to Moscow for a friend’s wedding when he was detained in his hotel room and given a 16-year sentence after being found guilty of spying in a secret trial.

Whelan’s sister Elizabeth Whelan stated that the family was “shocked” that Biden contacted Griner’s wife but did not call them.

In an April prisoner swap with the US, Moscow exchanged Marine veteran Trevor Reed for Russian pilot Konstantin Yaroshenko, who is currently serving a 20-year term in Connecticut for narcotics trafficking. In Russia, Reed was given a nine-year term after being found guilty of an attack that put the lives of police officers in jeopardy.

“I’m frightened I could stay here forever,” Griner stated in a recent letter to Biden pleading with him not to forget about her and the other prisoners.

She is a political pawn and captive, according to her supporters in the United States.

A message of solidarity from the WNBA players association was published hours after the Phoenix Mercury player entered a guilty plea. The statement said, “The WNBPA stands behind Brittney Griner.” “Russia’s process is its own, with a 99% conviction rate. It is not like our own legal system in terms of navigation or even understanding. What is known is that, despite the legal procedure, the US State Department will continue to negotiate for Brittney Griner’s release since it has established that she was unfairly arrested for a reason.

Megan Rapinoe, a star of the American women’s soccer team who was in the White House on Thursday afternoon to get the Presidential Medal of Freedom, offered support to Griner as well. Rapinoe was shown on her Instagram page sporting a white-and-cream jacket with flowers and the letters “BG” stitched on the right lapel.

According to rumors in the Russian media, Washington may swap Griner for Russian weapons dealer Viktor Bout, who is now in prison in the US serving a 25-year term for attempting to sell surface-to-air missiles to a foreign terrorist organization with the intent to murder Americans. Before his 2008 arrest in Thailand and 2010 extradition to the US, Bout, the inspiration for the Nicolas Cage movie “Lord of War,” trafficked weapons to warlords in Africa and the Middle East for years.

Russia has been calling for Bout’s release for more than ten years and labels his arrest and conviction as “illegal and political.”

When asked if a prisoner exchange was possible, Griner’s counsel was reserved. However, Blagovolina noted that Biden’s letter was “an indicator that she would be getting the government’s backing and that certain actions will follow” despite the fact that “we’re attorneys, not diplomats.”

64 Americans are being held hostage or are being unfairly jailed abroad, according to the James W. Foley Legacy Foundation, which promotes prisoner and hostage releases.

Worryingly, “hostage diplomacy,” in which governments kidnap nationals of opposing countries on false pretexts in order to acquire leverage, has been more prevalent in recent years. Similar instances have also occurred in China, North Korea, and Iran, in addition to the cases in Russia.

Early in May, the State Department concluded that Griner was being detained against her will. As a result, Roger Carstens, the president’s envoy for hostage matters, was given control of Griner’s case.

The allegations were not political, according to Kremlin spokesperson Dmitry Peskov, who also noted that drug violations were taken severely in many other nations, including Russia.